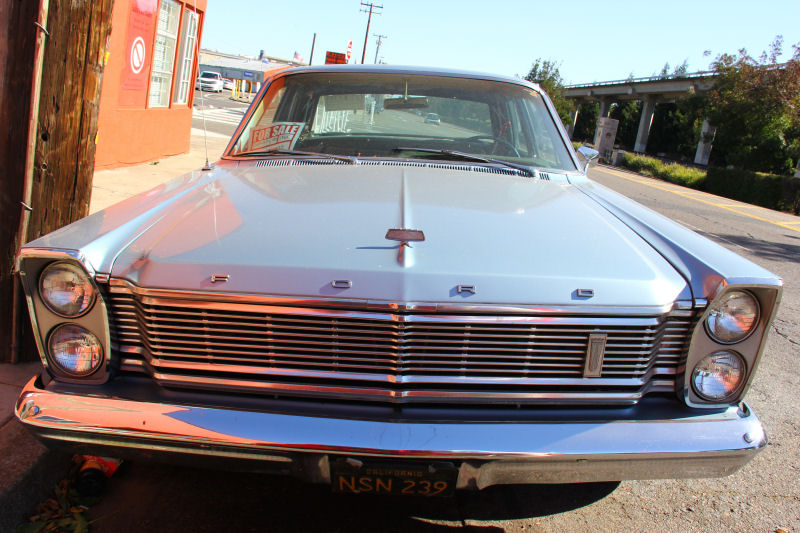 I love the 1965 Ford Galaxie. Yes, I'm biased because my father's first car was a '65 Galaxie, but I also like the way they look. I like the sharply creased body lines, simple and clean without appearing too generic. It's a departure from the '64 Galaxie, with stacked quad headlights, a formal roofline and a slightly jutting coffin-nose grille. The Galaxie was moving upmarket, with the addition of the new LTD as its top model. The Galaxie itself was available with a range of options from stripped fleet special to a nice big family car. 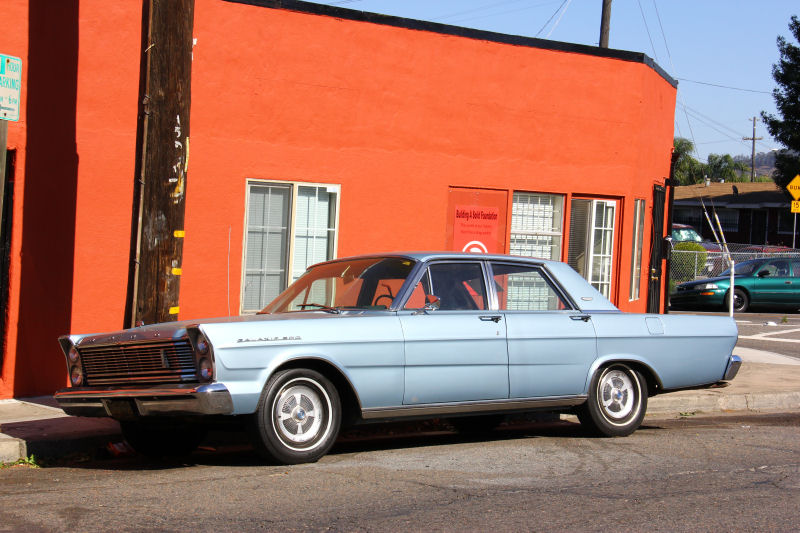 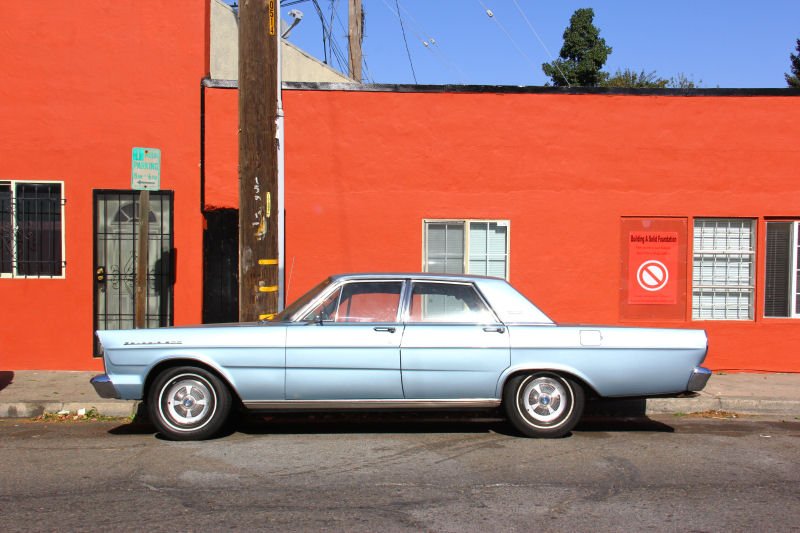 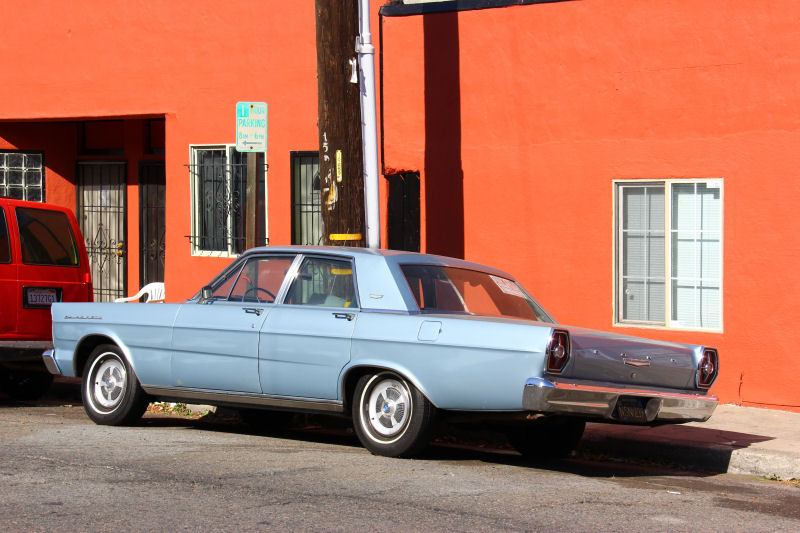 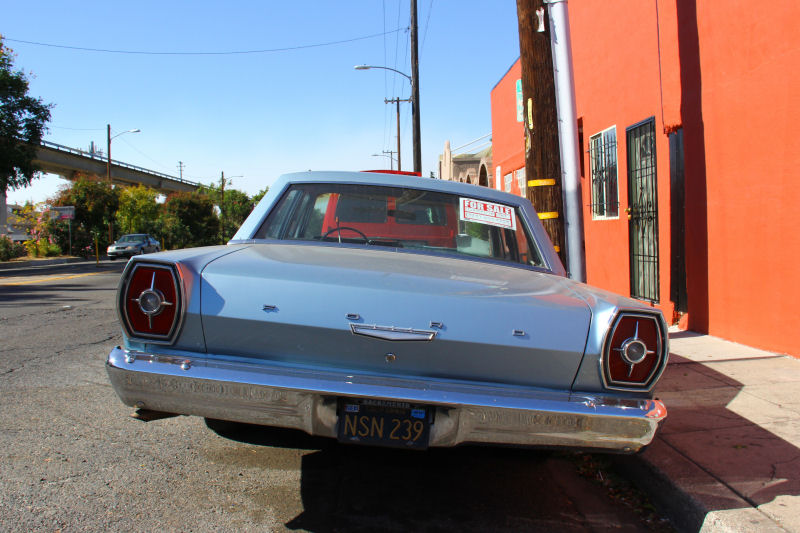 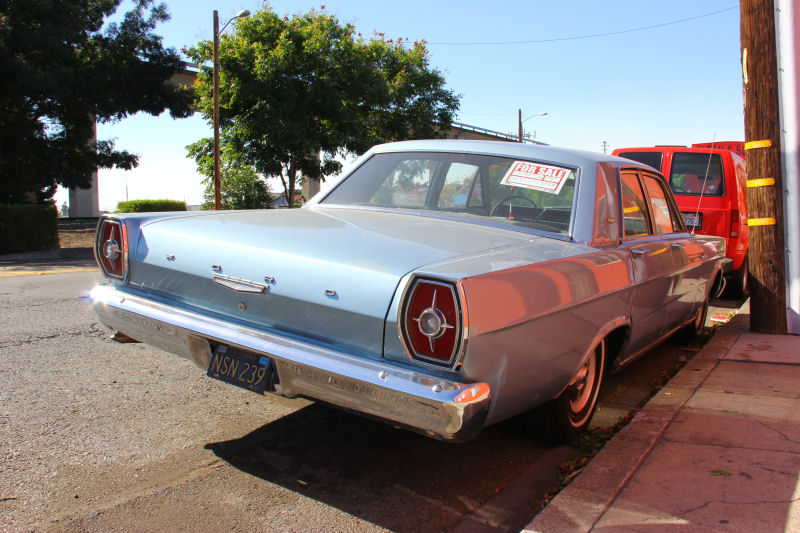 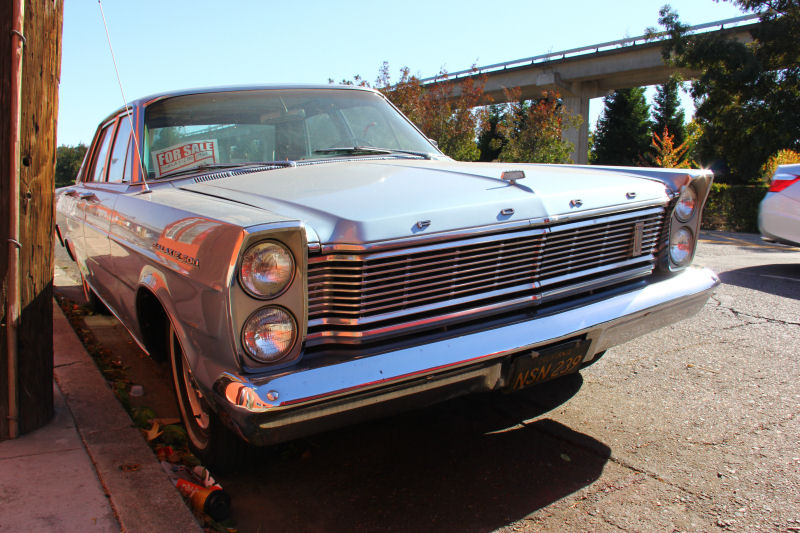 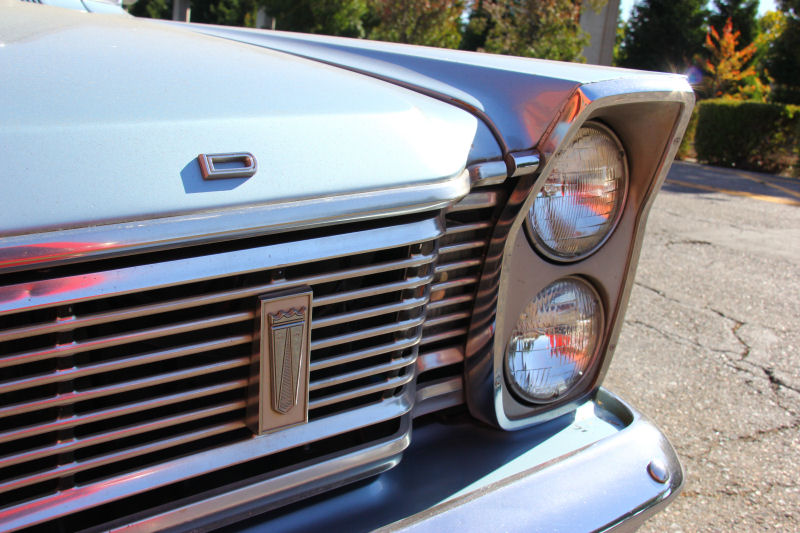 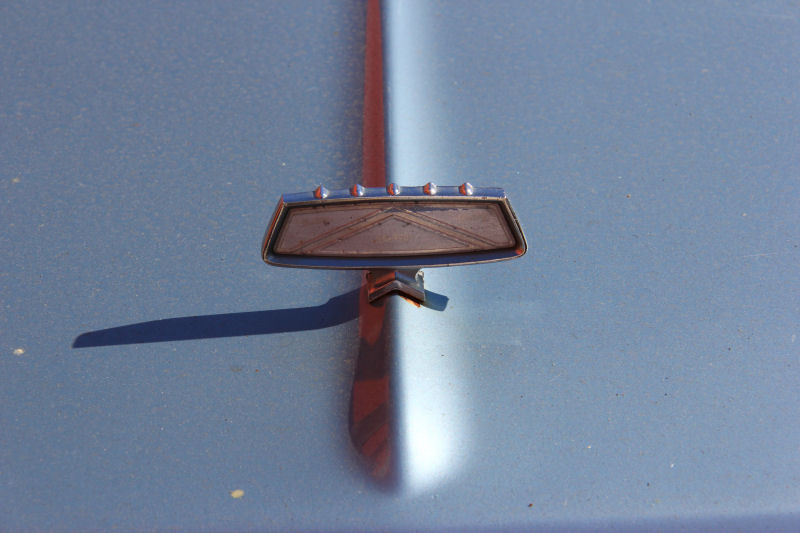 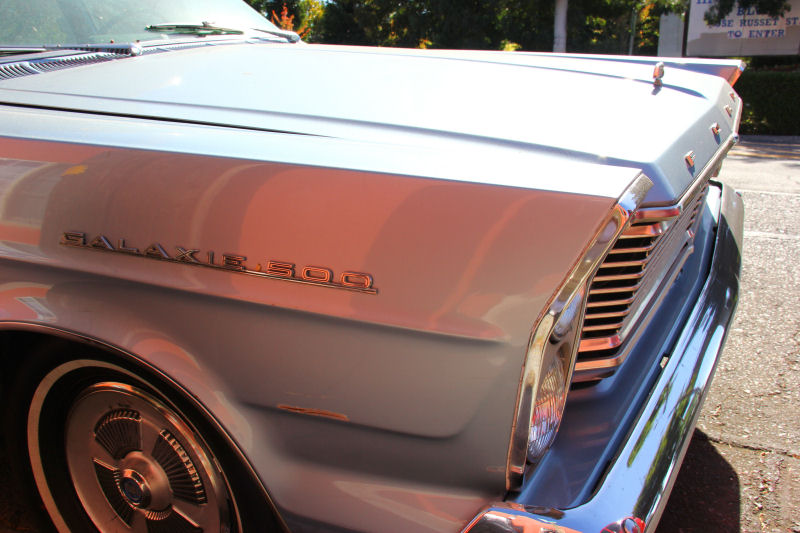 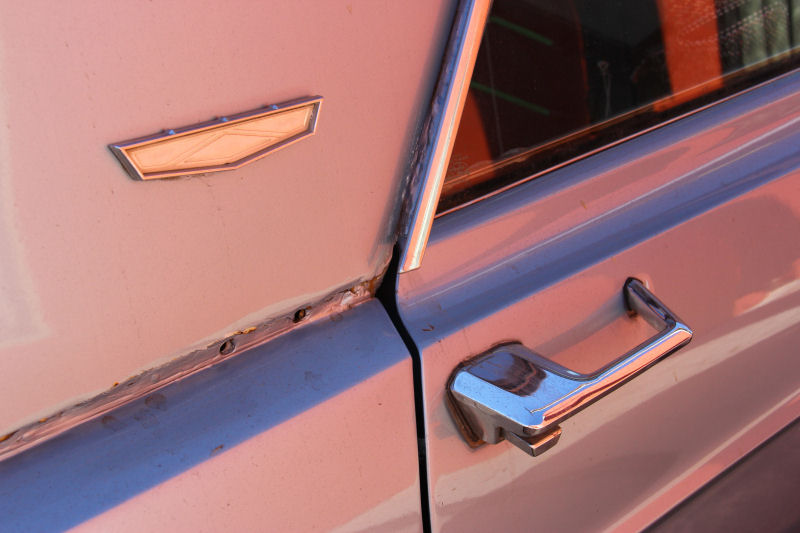 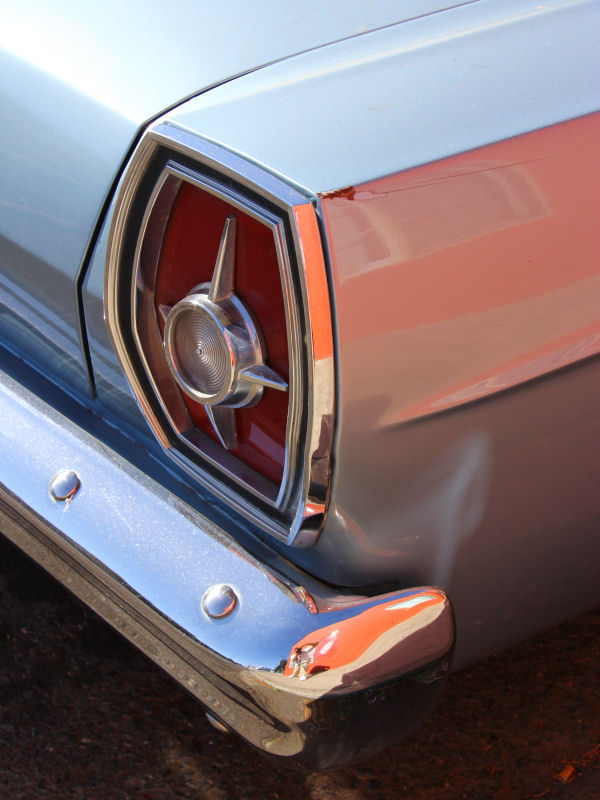 This four-door Galaxie 500 looks the way most buyers probably ordered their Galaxies: a small-block V8, column-shifted automatic, full wheelcovers and a single tailpipe. The interior likely sports vinyl bench seats color-matched to the body, an AM radio and no air conditioning. This one is mostly intact, missing only a trim piece from the C-pillar. I love that it's been kept stock, though at the same time I'm no fan of the factory hubcap design. It's a tough call there. The light blue color fits it nicely. I recently attended the Pacific Coast Dream Machines show in Half Moon Bay, where they had a display of vintage police cars. Almost half of them were simply low-spec large cars that had never seen police duty but were restored authentically as police vehicles - one in particular was a 1964 Ford Custom 300 that I'm positive I saw several years ago on a dealer lot in Petaluma, before the buyer added 1960s police radio gear and period police license plates. This Galaxie reminds me of those. It's not a strippo Custom, but it could easily pass for an unmarked detective's car from a better-funded department.
Posted by Jay Wollenweber at 12:00 AM