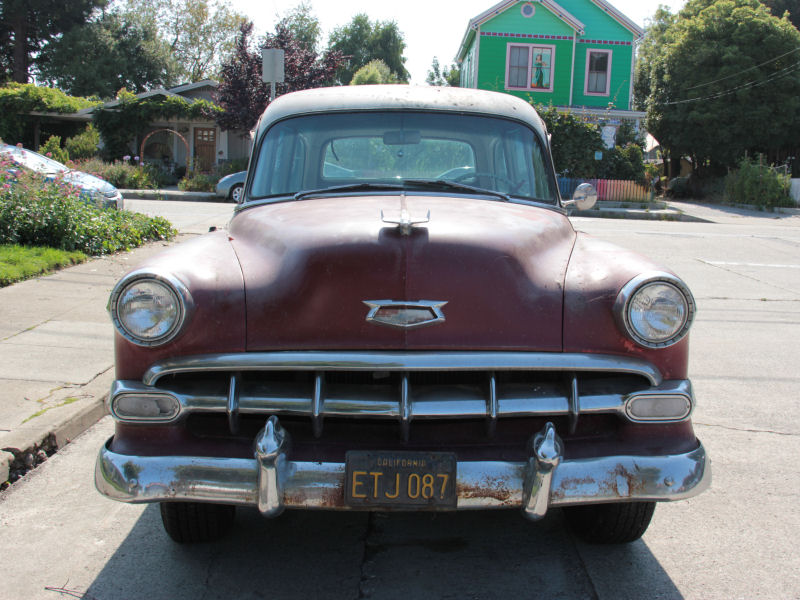 I actively search for new cars by exploring new areas, but I also utilize other resources such as Flickr and Google Street View, word of mouth from friends and sometimes even advice from fellow owners who tip me off on where to find cars. My interest in this 1954 Chevrolet 150 Handyman wagon was piqued by a few close-up photos I found of it on Flickr with no location given. I searched in vain for the car online until I was puttering around Santa Cruz with a friend one day and by chance it turned up. 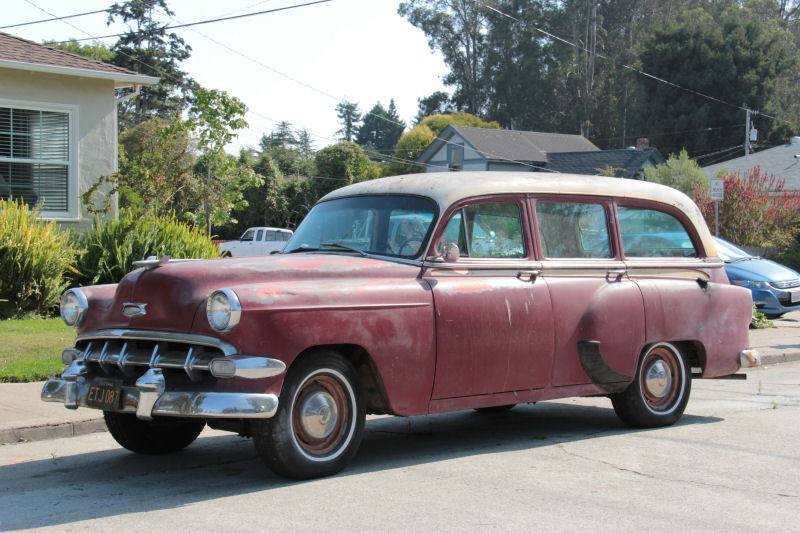 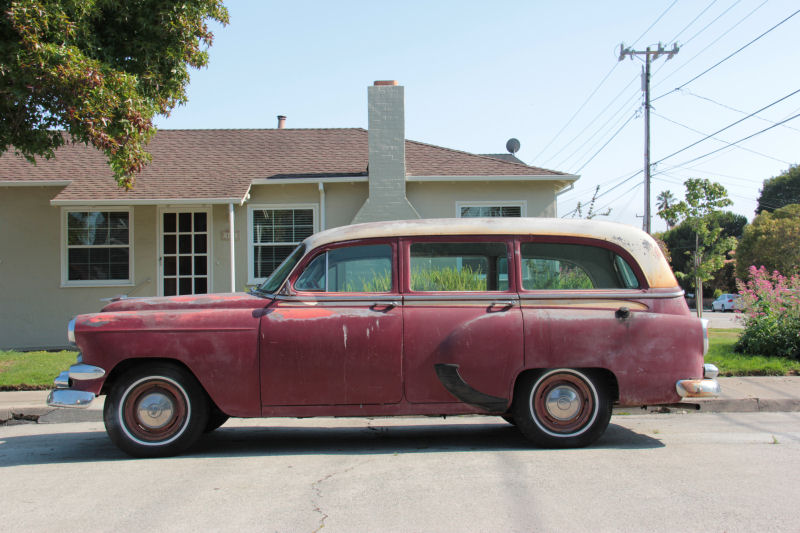 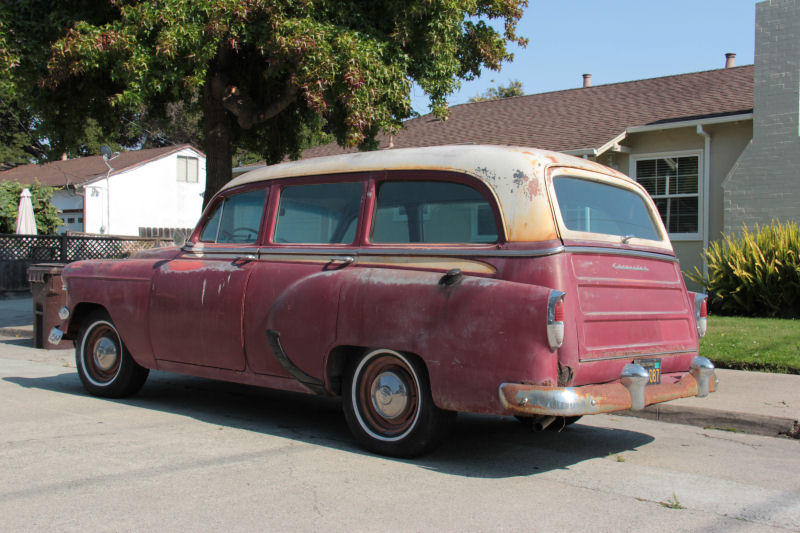 I've always thought that 1954 was a really good year for Chevy's passenger car line. It was the last year of the design cycle for the 1949 Styleline body which had evolved into what was, in my opinion, a rather attractive car. Most of the examples that have survived and been restored are top-tier Bel Air sedans, hardtops and convertibles, with the occasional two-door sedan popping up in the hands of a budget customizer. I almost never see wagons, and especially not a base-model 150. The wagon was available in three trims: the 150 Handyman, 210 Handyman and Bel Air Townsman. One-Fifties were described in literature as "rugged" and "thrifty", built to carry up to six passengers or half a ton of cargo with the rear seat folded down. It sounds like a good alternative to a pickup truck for owners who needed a work vehicle but needed it to transport products or tools and not manure. I met a man several months ago with a 1951 Chevy DeLuxe wagon that he used regularly as a work vehicle for his landscaping business. He drove it from job to job with the tailgate open and a lawn mower sticking out of the back. 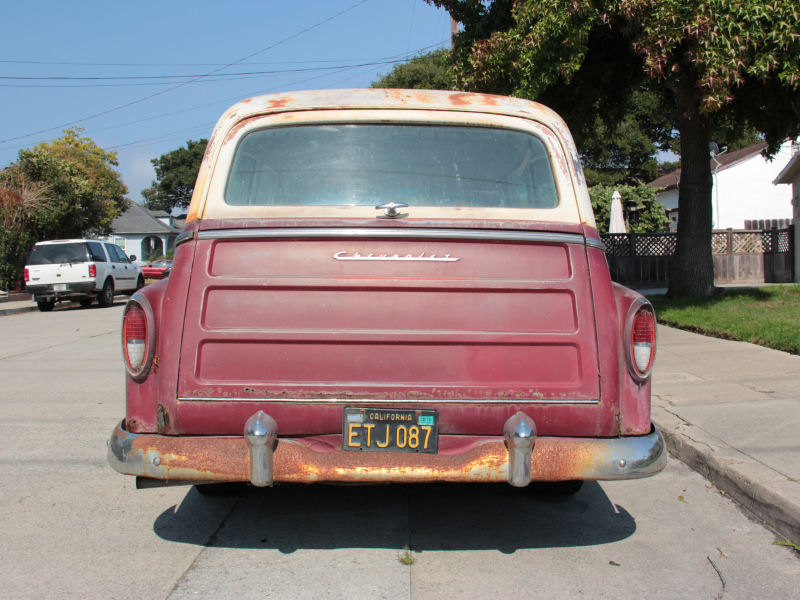 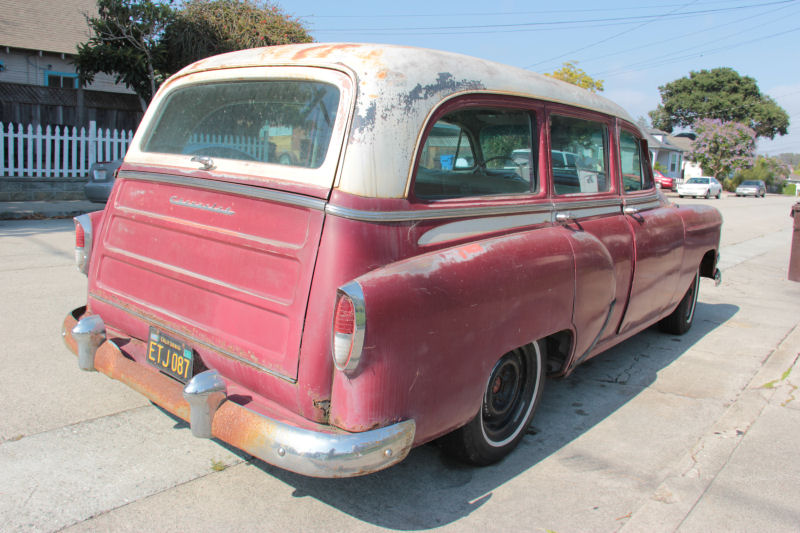 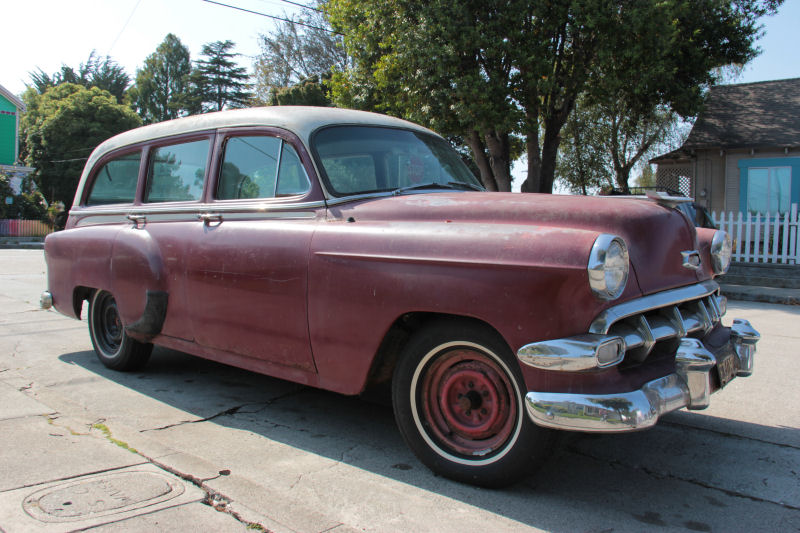 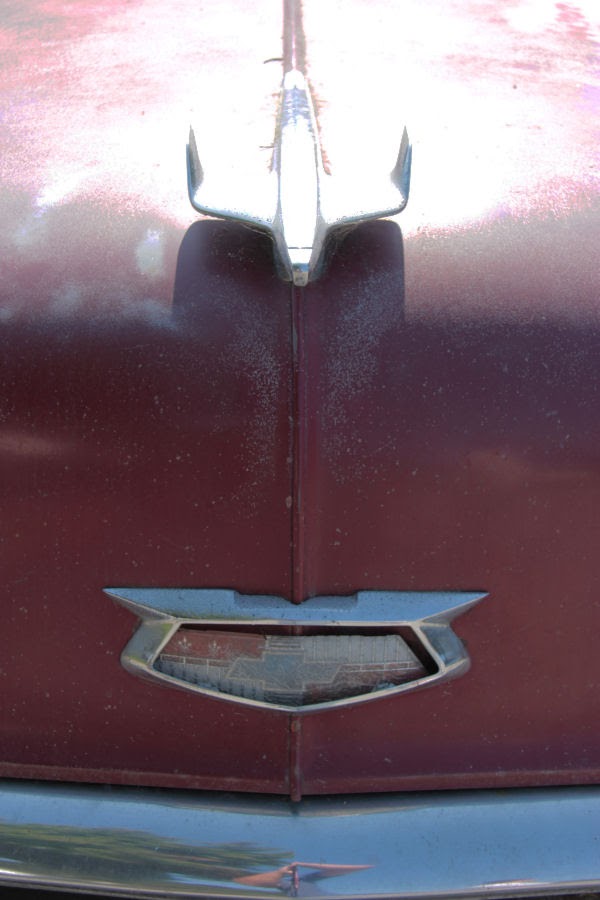 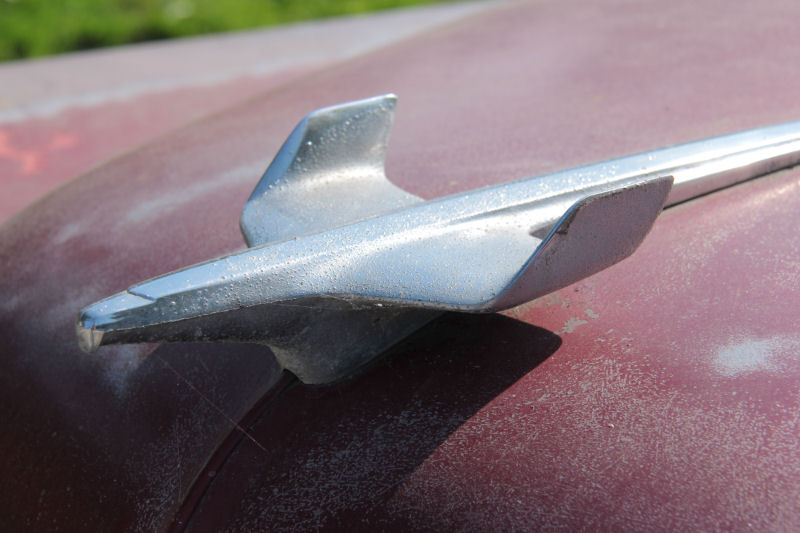 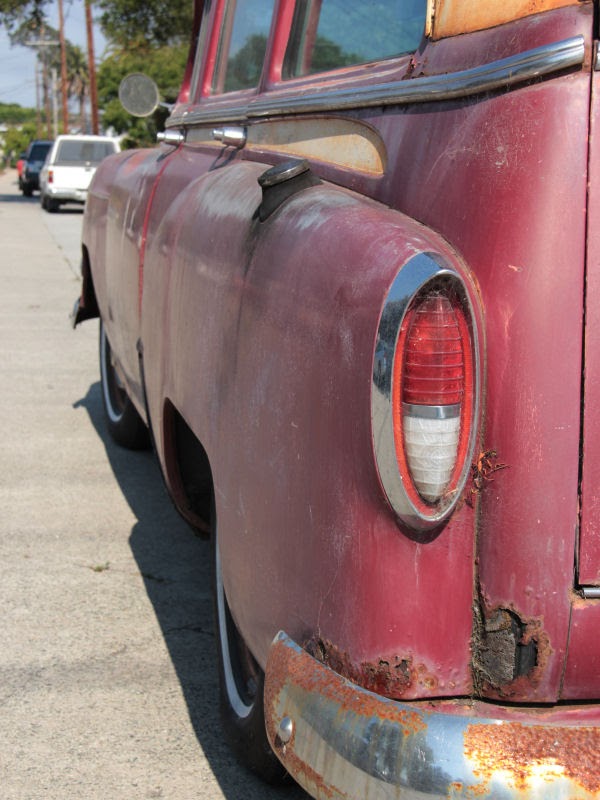 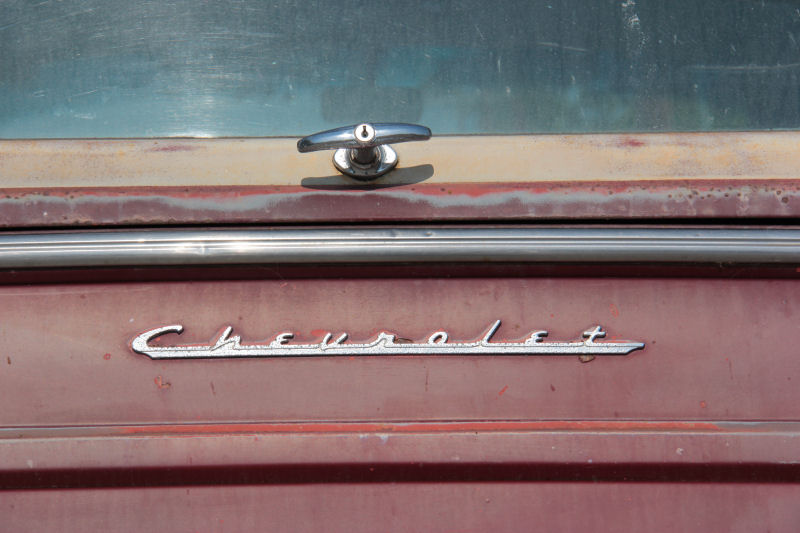 The nice thing about a 150 Handyman is it's so simple there isn't much to break. A bulletproof Stovebolt six and three-speed manual transmission likely sit under the hood, with an interior of tough, low-maintenance vinyl. The most complex accessory inside is probably the radio. Where this car has been let down is in its body. Most of it has stood up well to Santa Cruz salt air, but the rear corners just above the bumper and the bottoms of the doors tell a different story. I can't tell if the aged paint is original, though it looks like Morocco Red. At this point it's too late for a repaint without some patching or Bondo work first to save the body.
Old station wagons are awesome. It's good to see another one still on the road and I'm hopeful this one will be preserved.
Posted by Jay Wollenweber at 12:00 AM