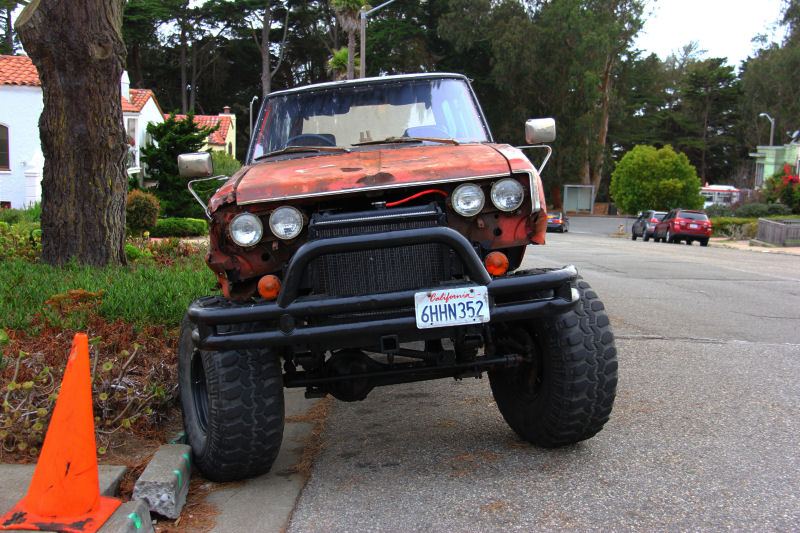 A lot of the time, when you run across a custom car that's something completely unique, someone else has already posted something about it online. That makes research a lot easier. But sometimes it's a Frankenstein car and in some cases, the history isn't publicly known. All I know is I've seen this 1970 Toyota Corona Mark II wagon at least three times around the Bay Area since 2010 and I still know very little about it. 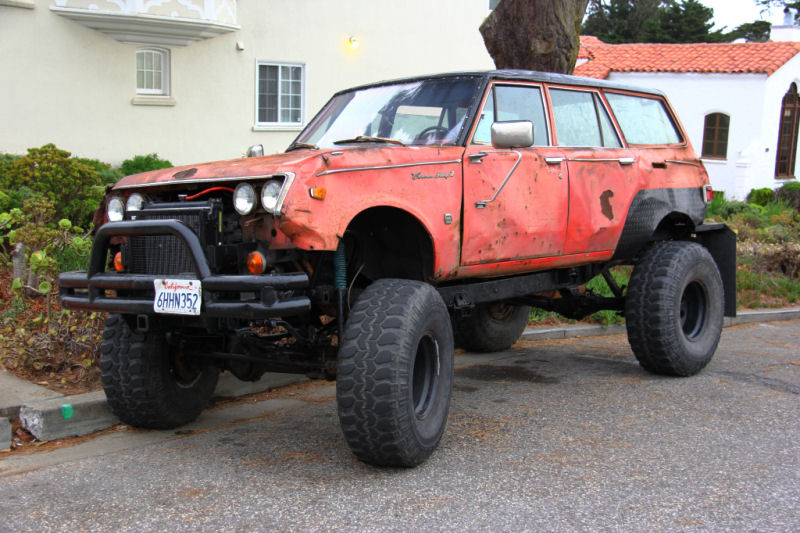 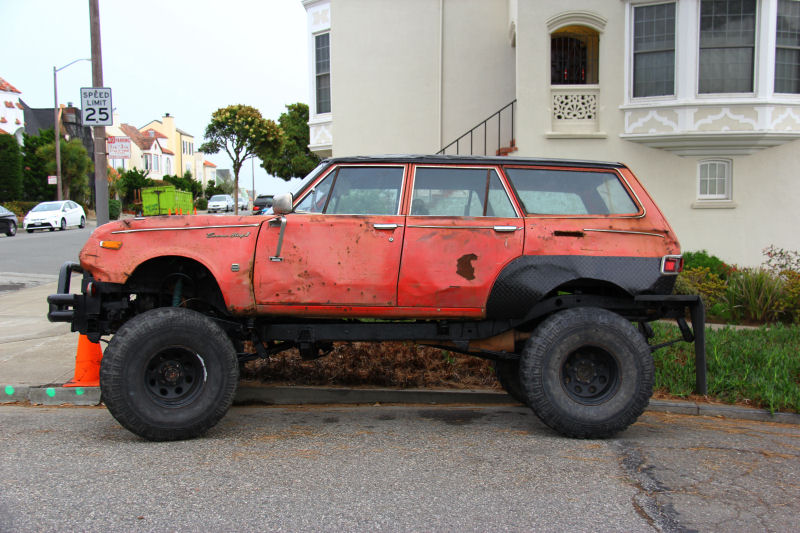 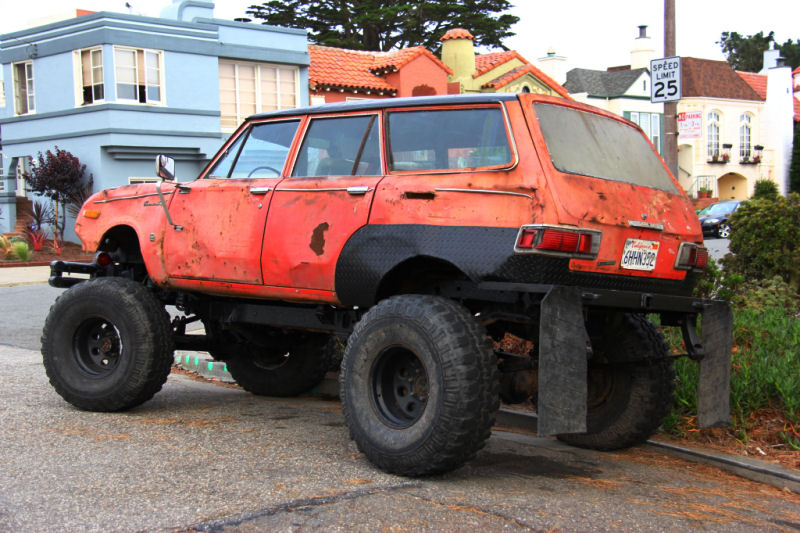 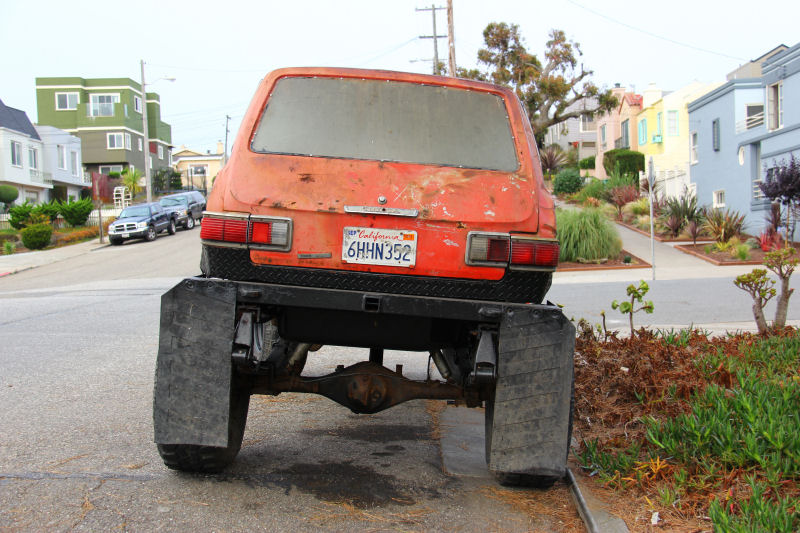 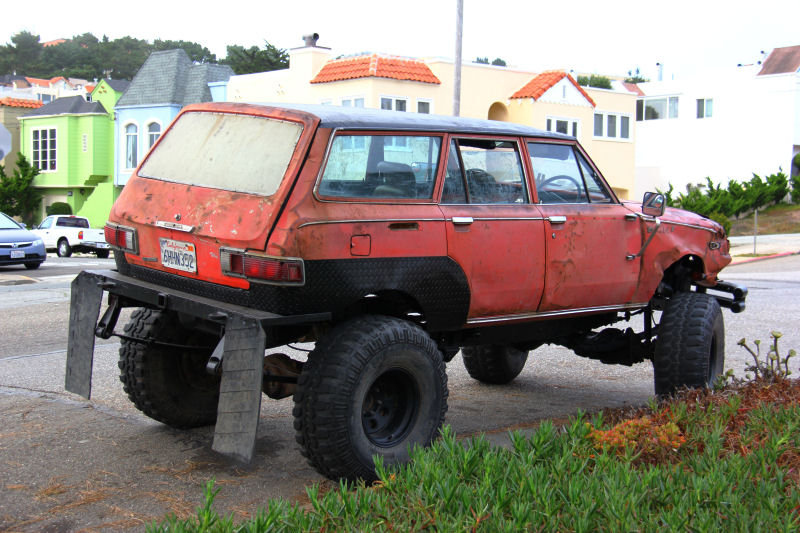 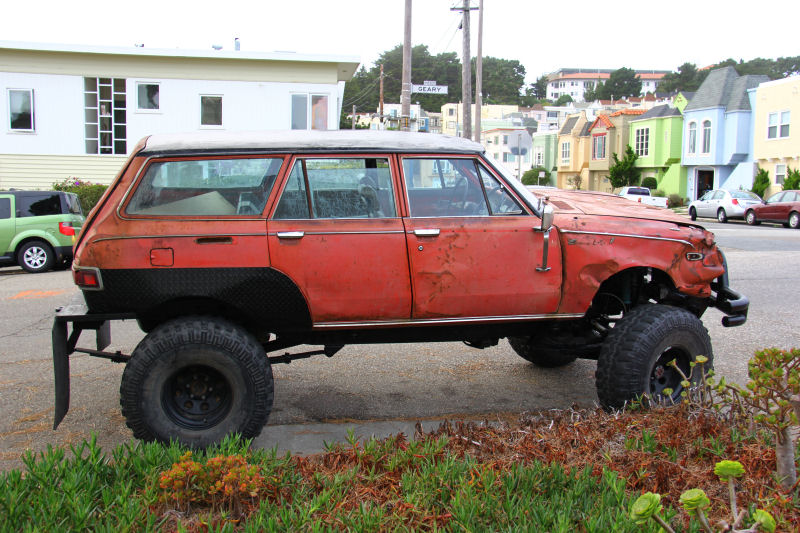 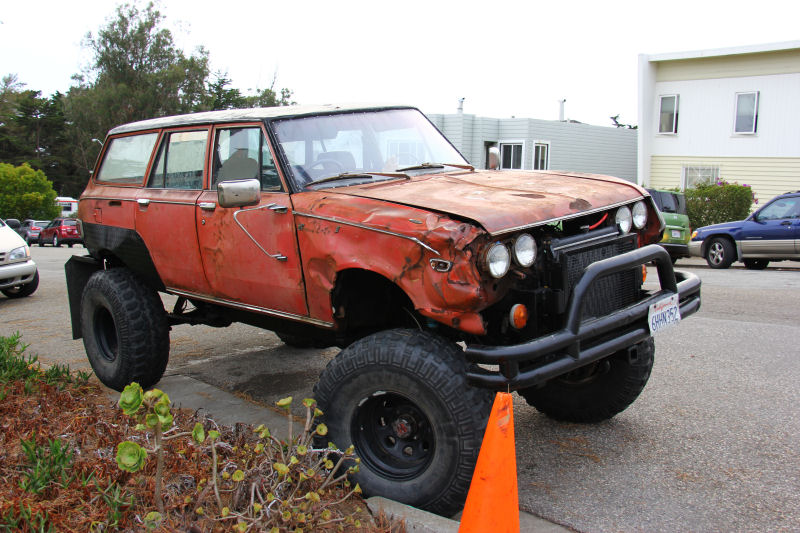 I should say, the body at least is a Corona Mark II; in a past life it was a dainty little 1.9 liter automatic grocery getter. I've no clue what the frame and chassis are now, or the powertrain. Some kind of truck frame at least. The first time I saw it was in a parking lot in Castro Valley in 2010, when the diamond plate covering the rear quarter panels was bare metal and the stock grille was still in it. I figure the grille had to go when a larger radiator was installed, and a Plexiglass windshield replaced the original glass. Large truck mirrors have also been installed to aid visibility. Looking inside, oddly enough, there are two steering wheels (for four-wheel steering?). The one on the right side appears to be from an early-'80s Toyota pickup, possibly giving a clue to the origin of the chassis. 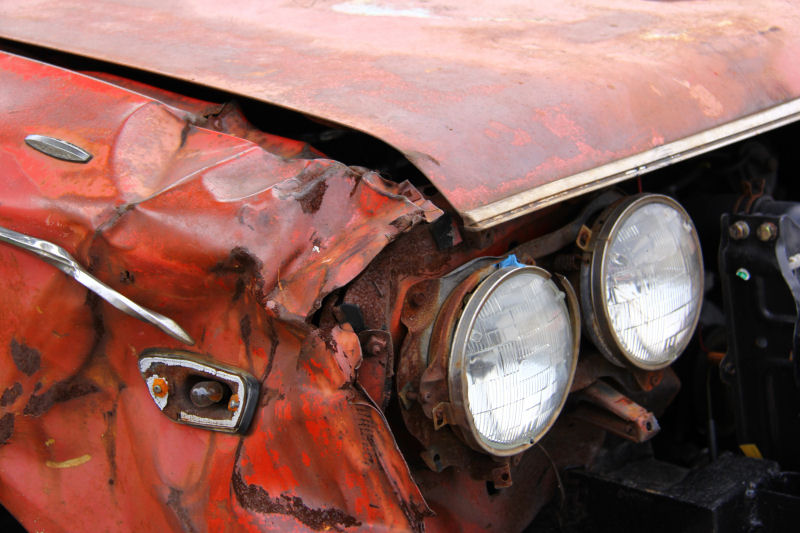 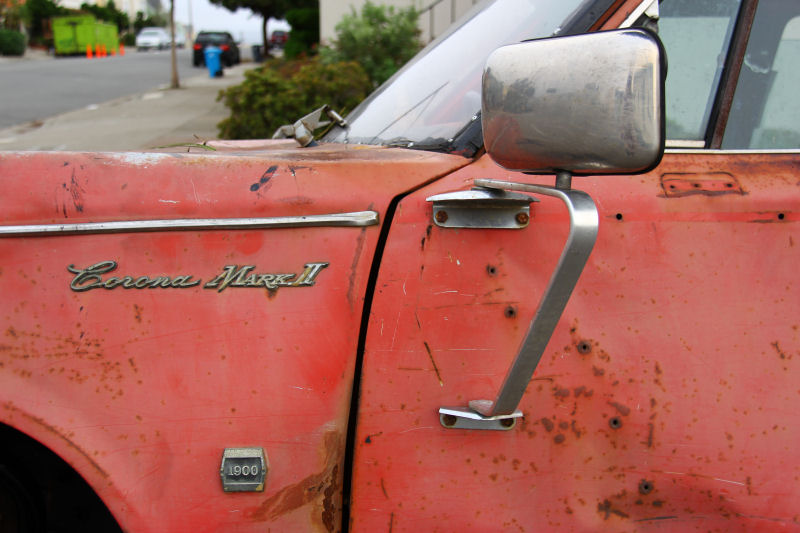 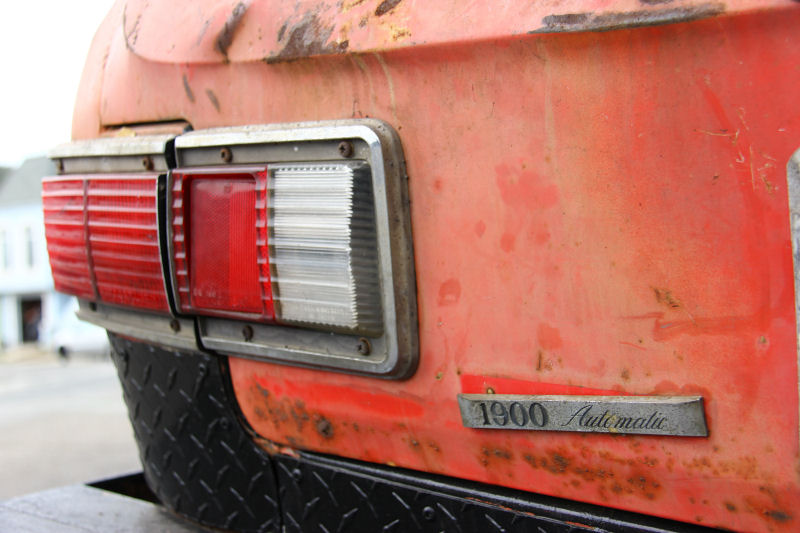 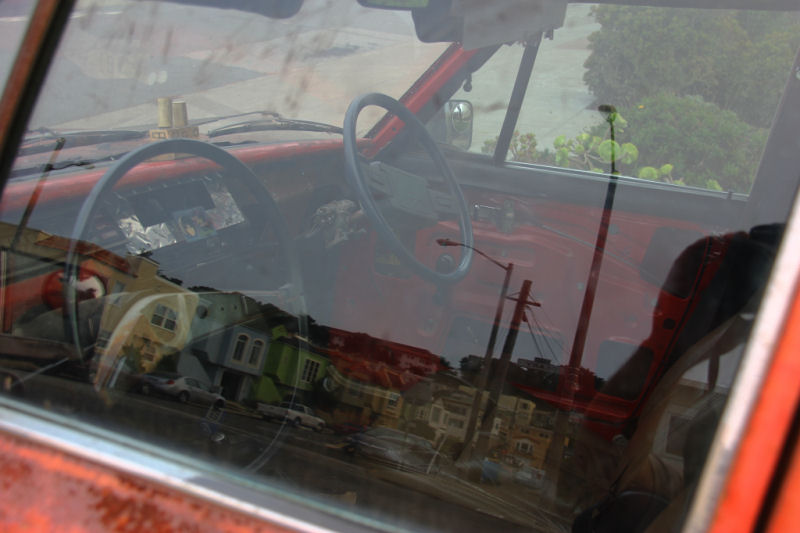 This is arguably the most heavily modified vehicle thus far to be featured here. It's also one of the most heavily damaged, which tends to happen when used as a trail rig. I'd be interested to know a little more about it if anyone can supply more information.
Posted by Jay Wollenweber at 12:00 AM