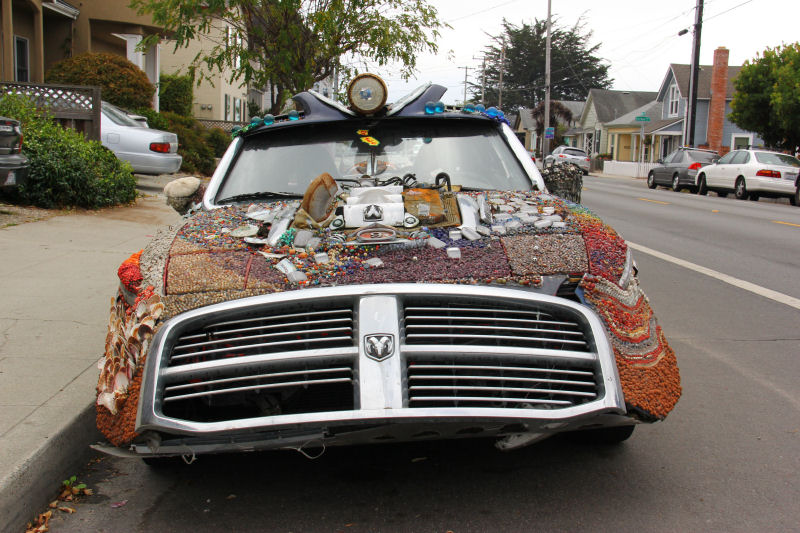 There comes a time when one runs into something too weird to ignore. Such is the case with art cars, a rolling sculpture that makes a statement, even if nobody in their right mind can figure out what the statement or even the theme is. It's easy to dismiss art cars as the domain of people who weren't given enough attention as children, and I really don't want to do that. But for the life of me I can't figure out why putting a Dodge Ram grille on a Mazda Miata and covering it with seashells and car parts was a good idea. 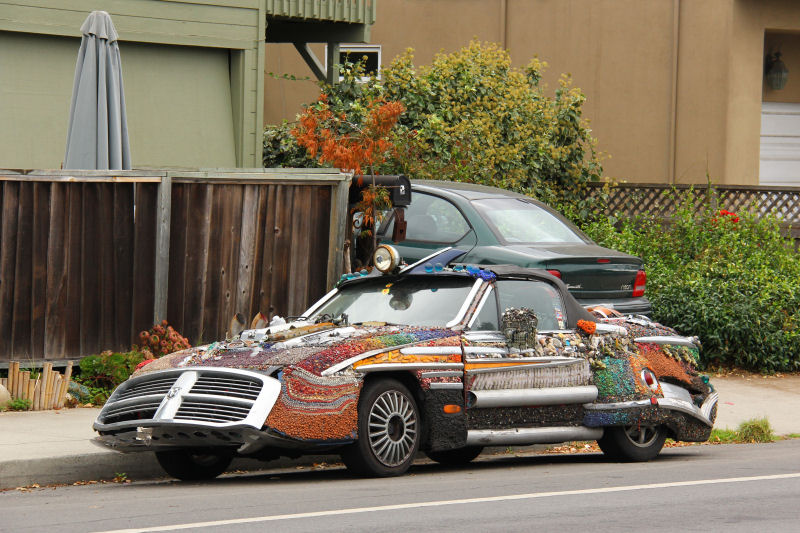 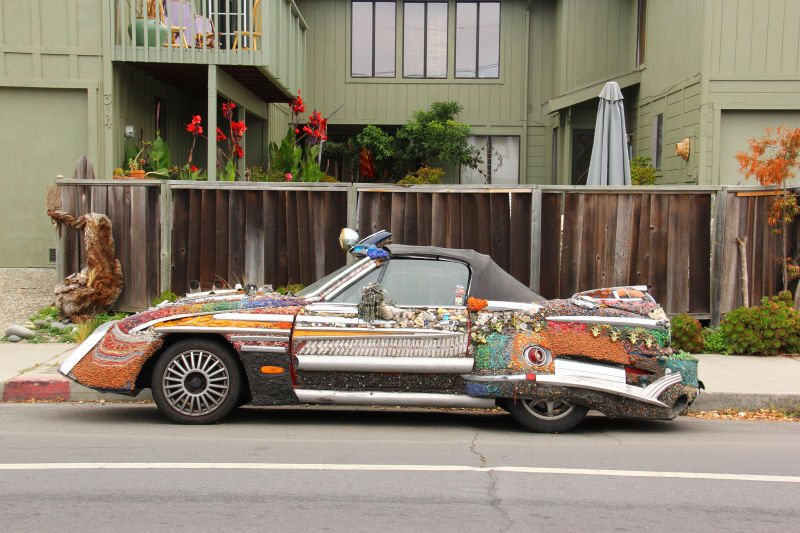 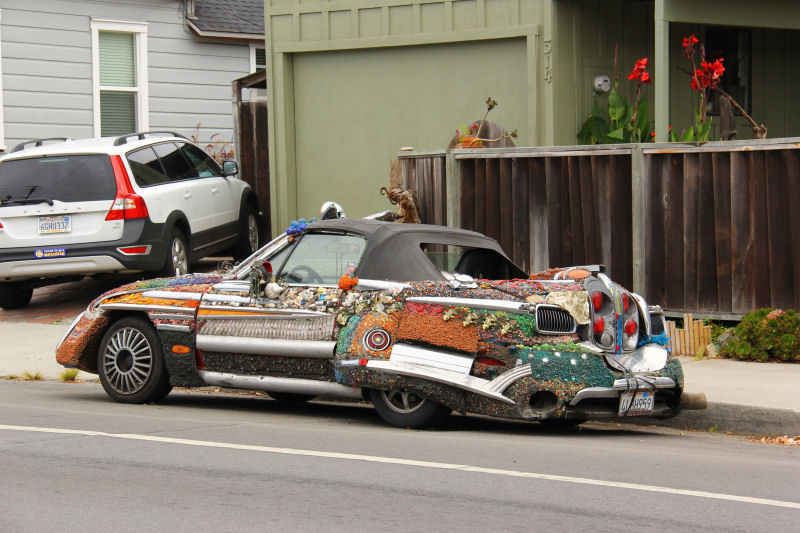 There's some crazy stuff going on here. Shells, house keys, typewriter parts, beads, plastic frogs, chrome skulls, dominoes and nail polish bottles. Parts from Chevrolet, GMC, Dodge, BMW and Ford spanning five decades. On a normal day I wouldn't give a red MX-5 roadster a second glance. They're great little sports cars but they've never been particularly rare or had a special significance to me (apart from that my first-grade teacher drove a white one). But, oh man, this one. The owner must never drive it the way a Miata is designed to be driven, since it's weighed down with hundreds of pounds of extra stuff glued to the body. And it's harder to park now that it's about two feet longer. And how do you change the rear tires? Presumably you do what this person did on the right side and rip stuff off until you can access the wheel. 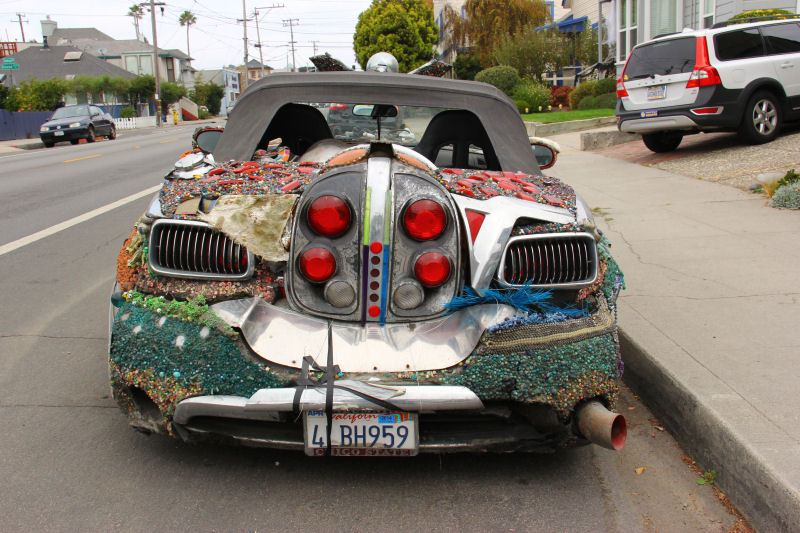 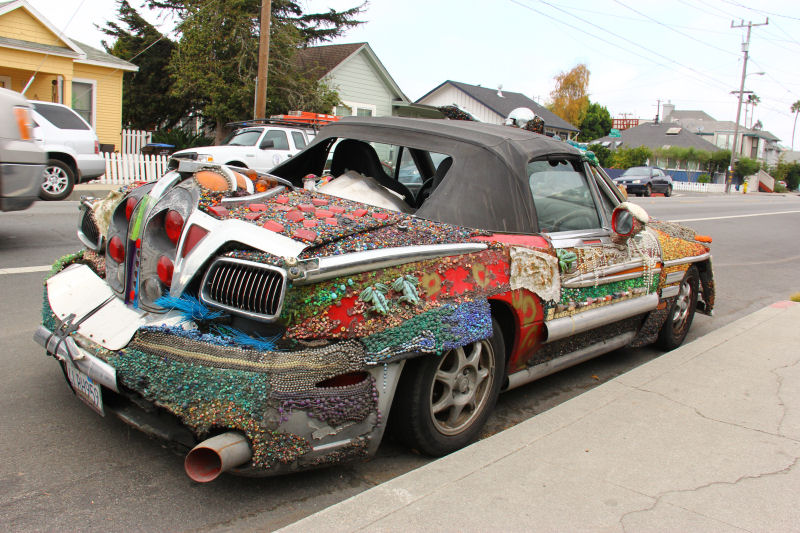 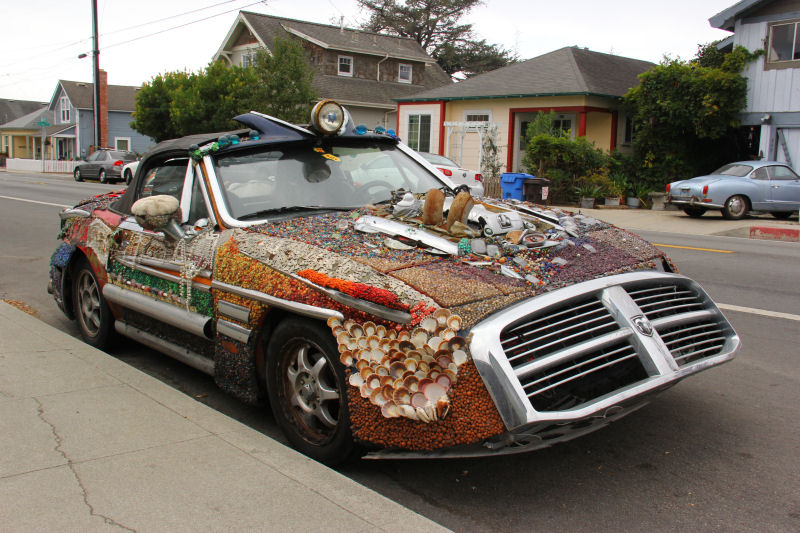 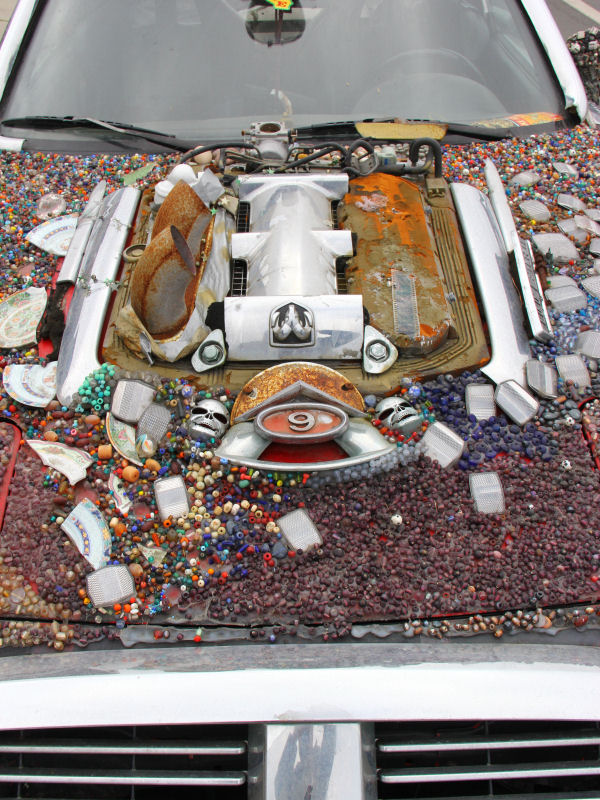 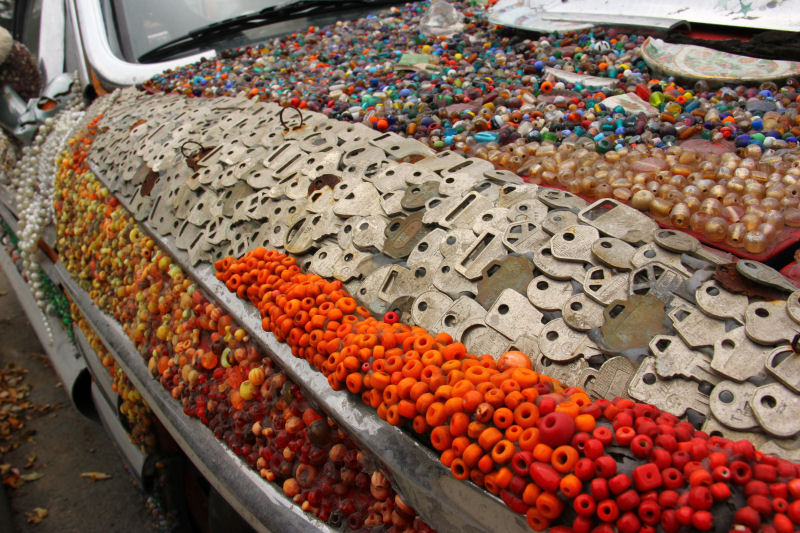 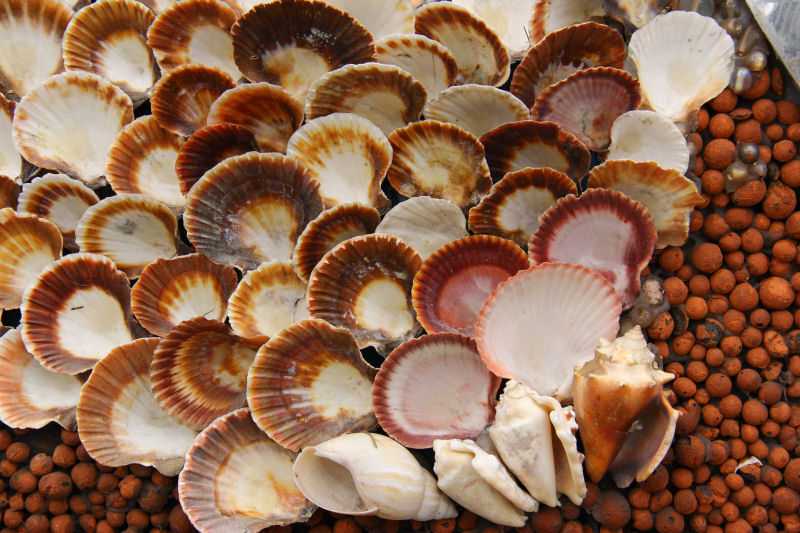 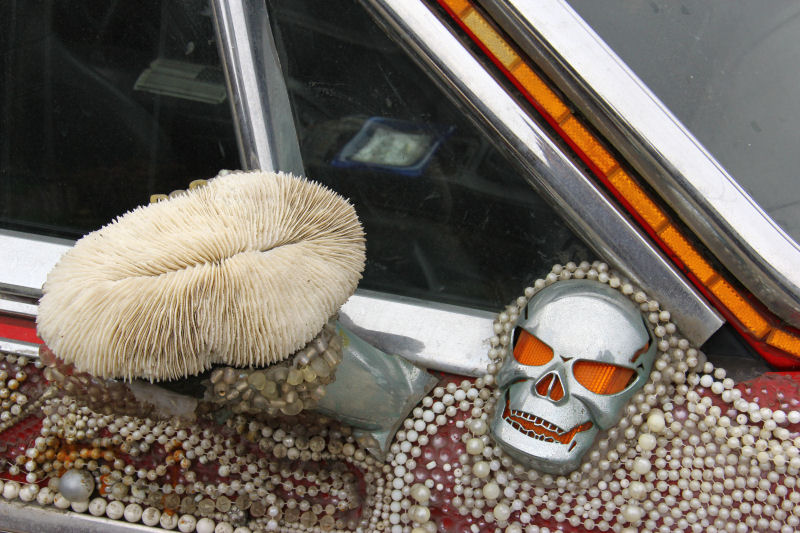 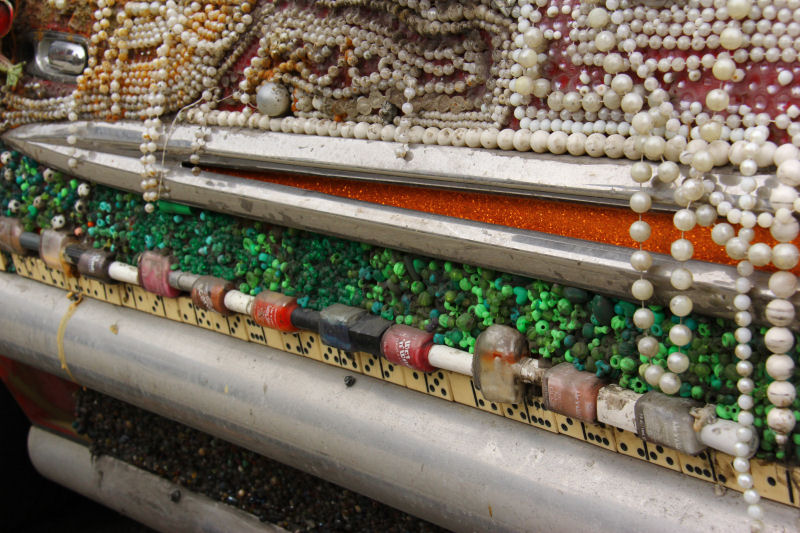 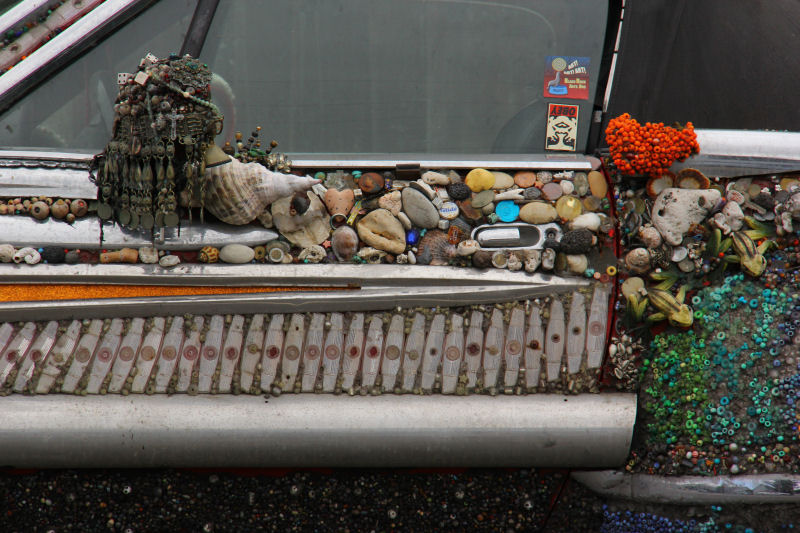 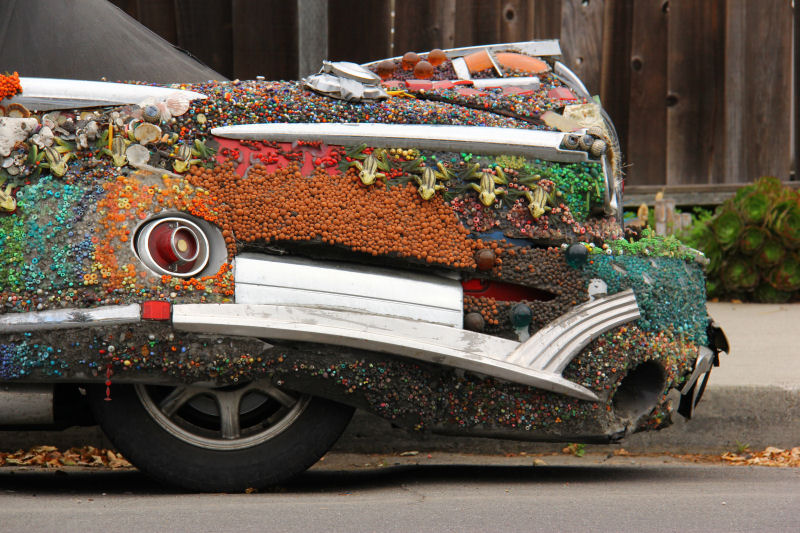 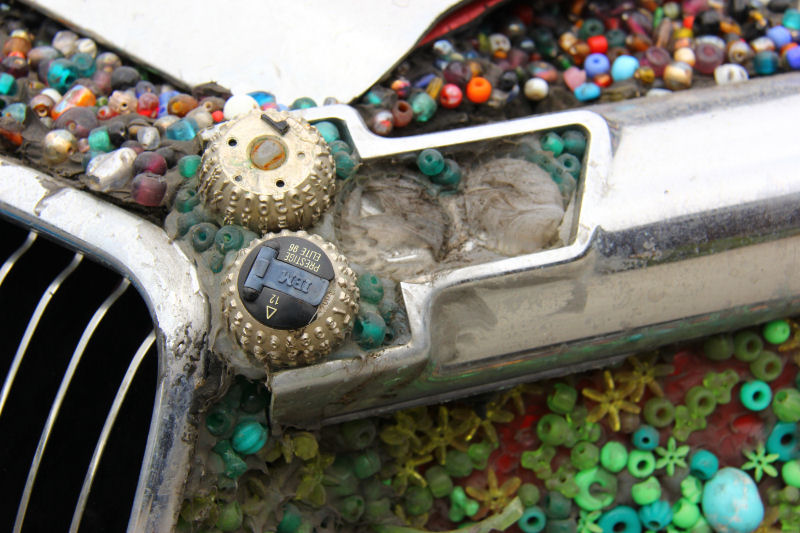 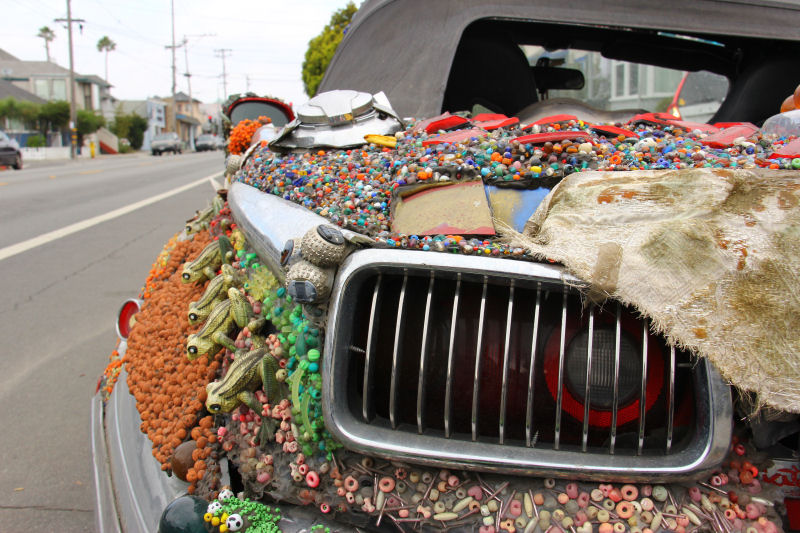 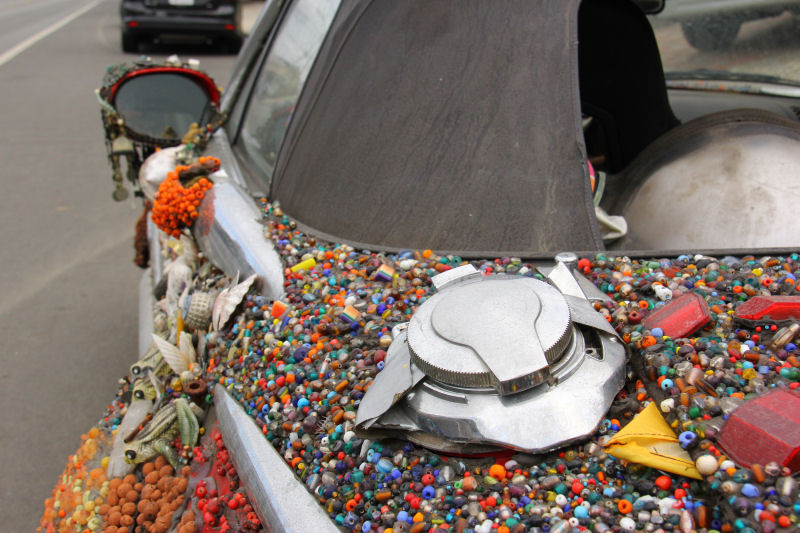 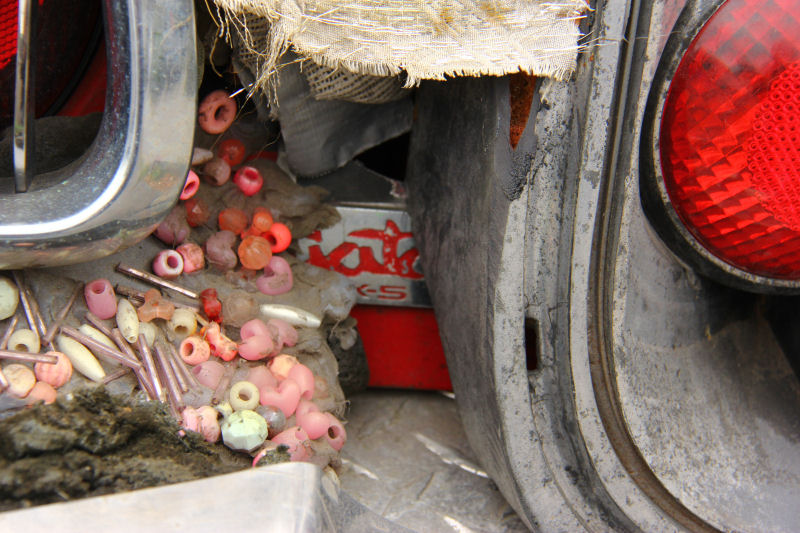 The thing I don't understand about art cars is what the point of it all is. Many begin as tired beaters that get more and more junk glued to them until the car dies and is scrapped. Old Miatas are cheap and plentiful, the red color is common and in California the red ones don't age well. The paint bakes in the sun, fades to pink and the plastic rear window crazes to a nasty brown-yellow and tears or falls out. So this example may have reached a point where a paint job wasn't cost-effective or accident damage cost more than the car was worth to repair. It still passes emissions testing according to state smog records, and it has a license plate, so it's road legal.
But wow.
Just wow.
Posted by Jay Wollenweber at 12:00 AM