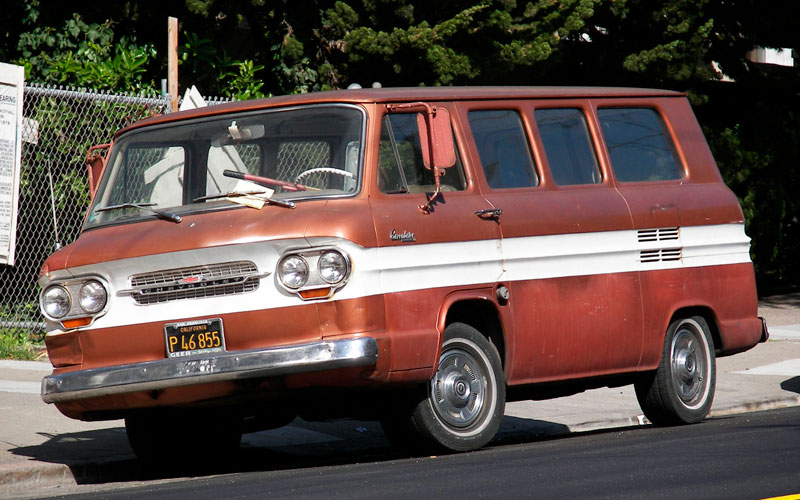 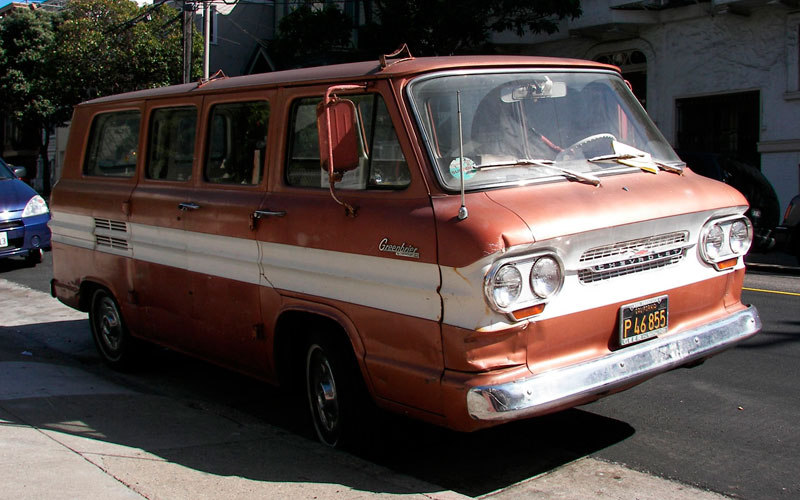 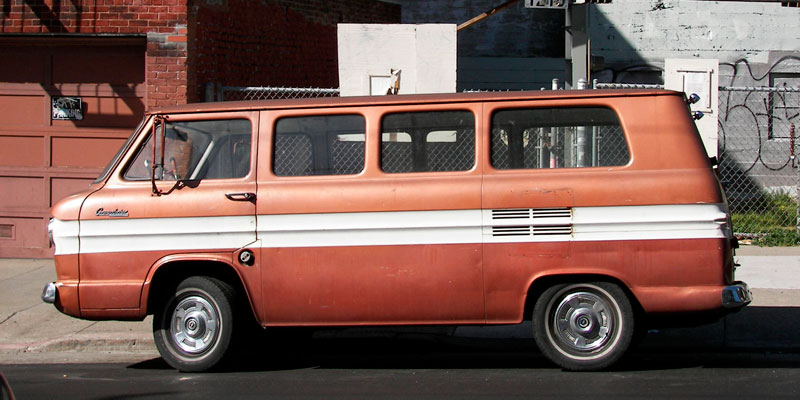 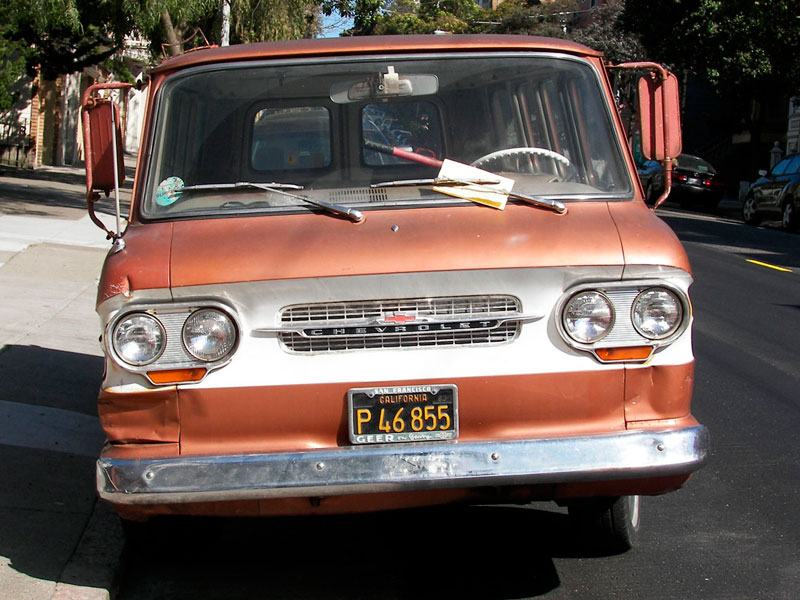 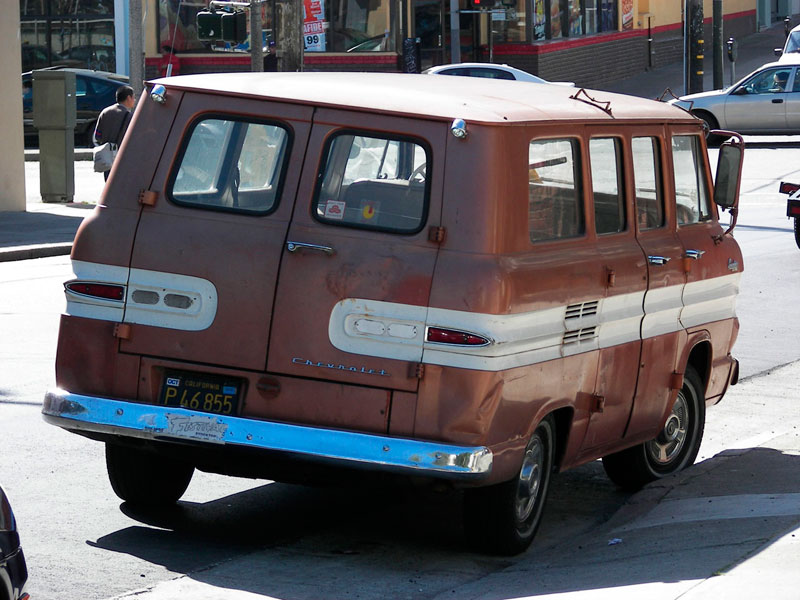 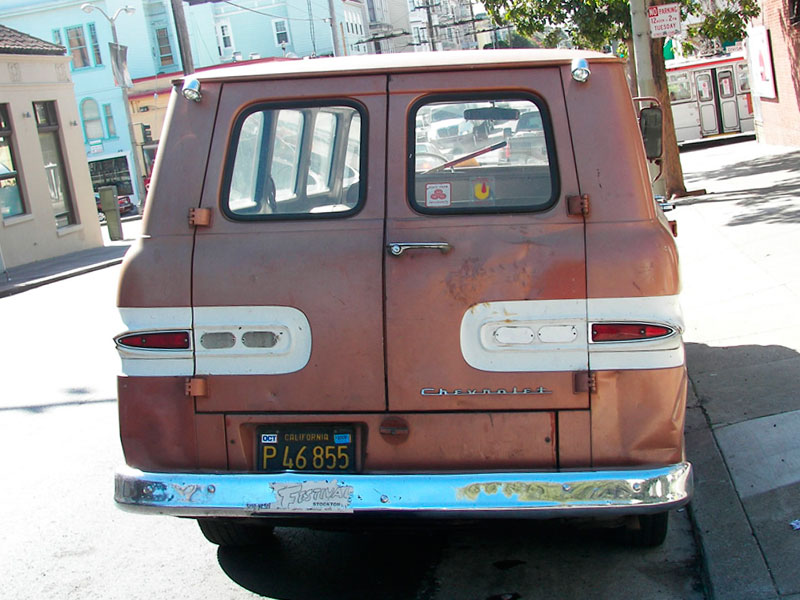 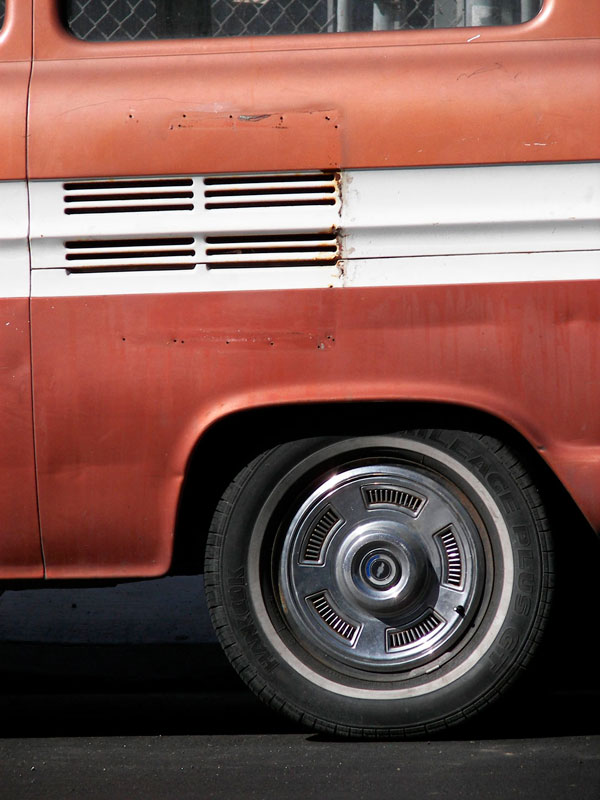 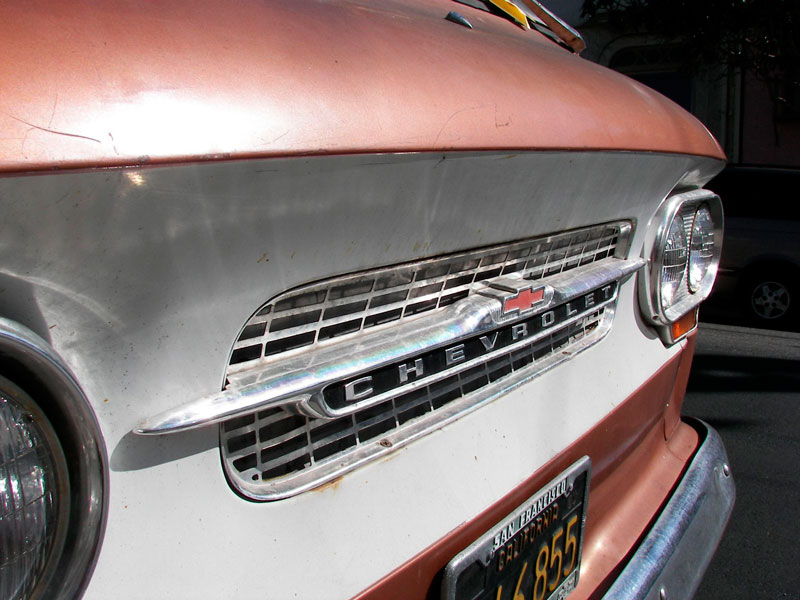 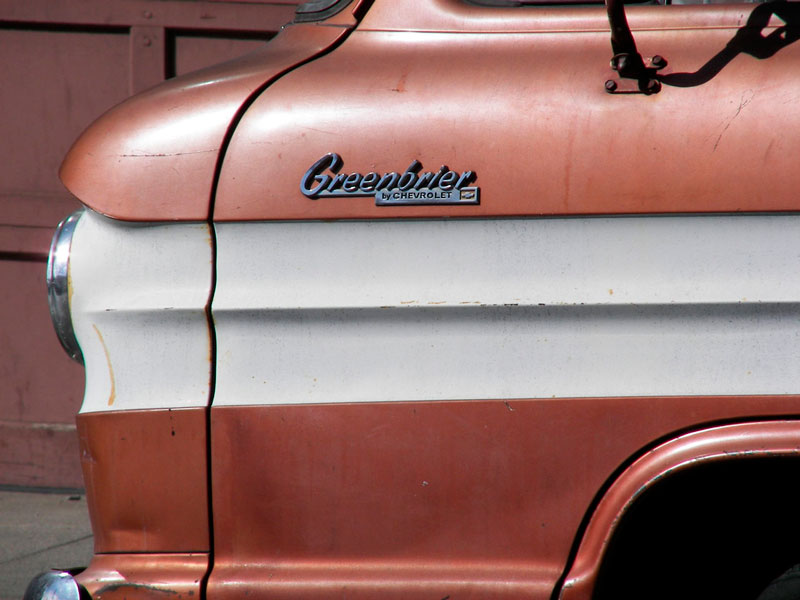 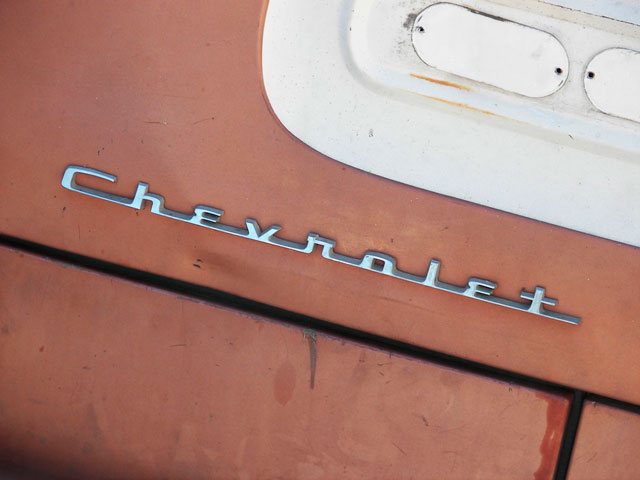 As with the Ford and Dodge vans previously featured in this series, the Greenbrier has dual "barn doors" on the passenger side. There appears to be two rows of seats in this one, though three rows were available.
I am guessing that this van was originally painted code 554 Coppertone with Off-White two-tone. It's hard to tell because the different model years look very much alike, and the paint has faded to a pinkish shade that could have originally been something different. Interior color is most likely Fawn, the standard color.
The body is beat up pretty badly. Miraculously the driver's side center section has escaped injury, though it looks like the right front corner caught a tall truck bumper at some point and caved it in. Wonder if you can see that damage from the inside. There usually isn't much separating the driver's feet from the front bumper on these things.
As with the first-gen Econolines, I don't like these much from a styling standpoint. By all accounts they're pretty crummy unless you're basing judgment solely on interior space. The engine is inferior, the front end doesn't know where to stop, and the engineers decided that the best solution for heating the interior was with an actual gasoline-fueled heater piped from the fuel tank. It is because of these ridiculous quirks that the Corvair vans are as cool as they are ugly, and are rare collectibles today.
Posted by Jay Wollenweber at 12:48 AM