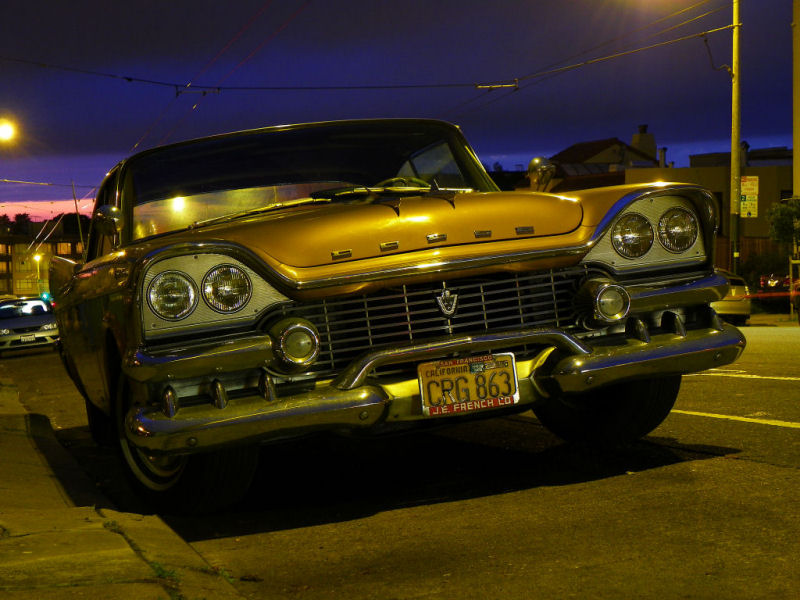 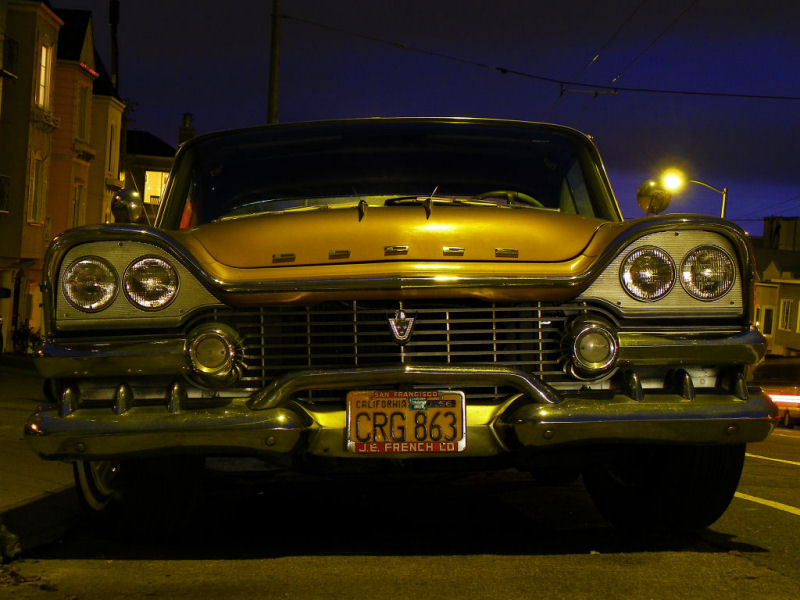 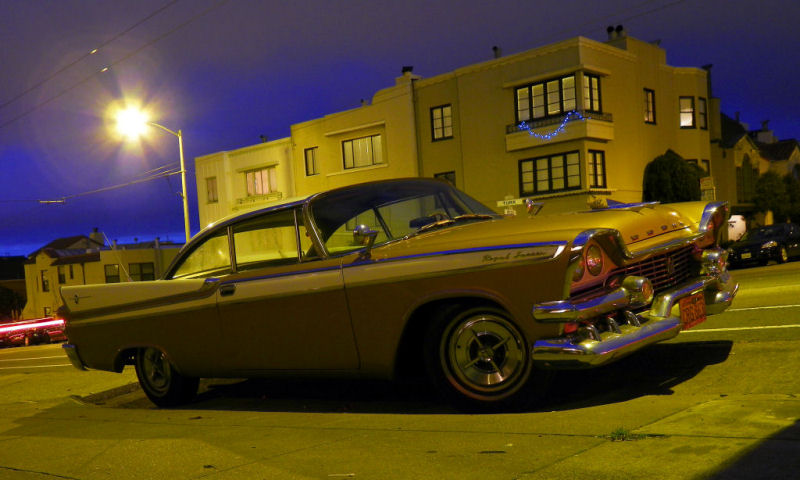 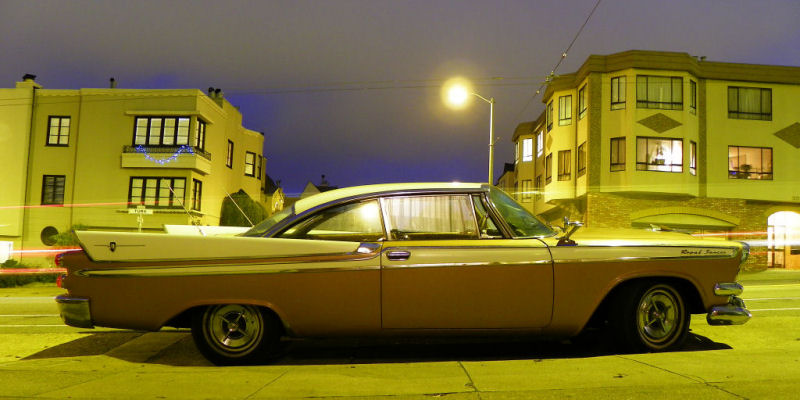 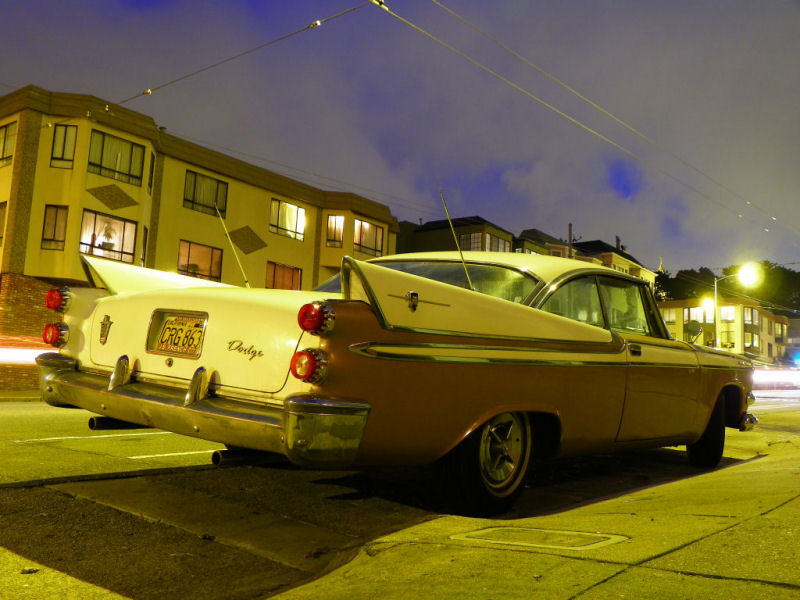 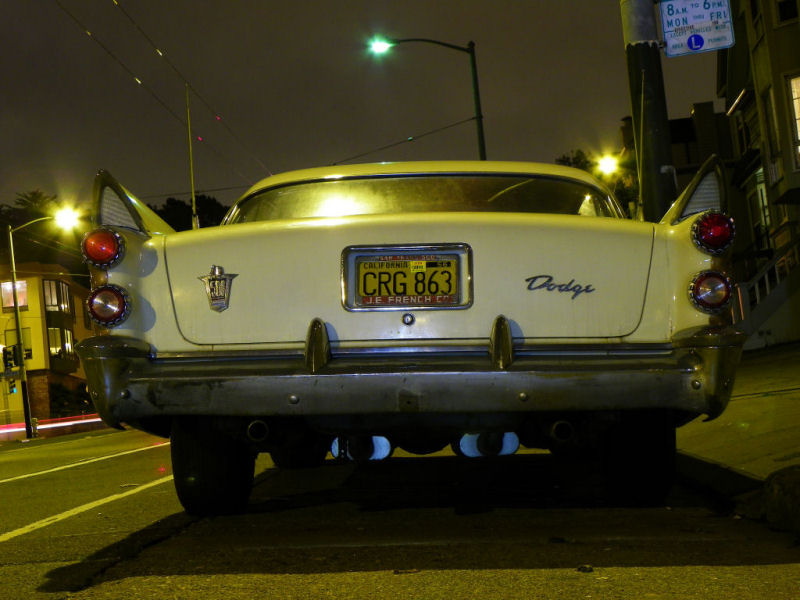 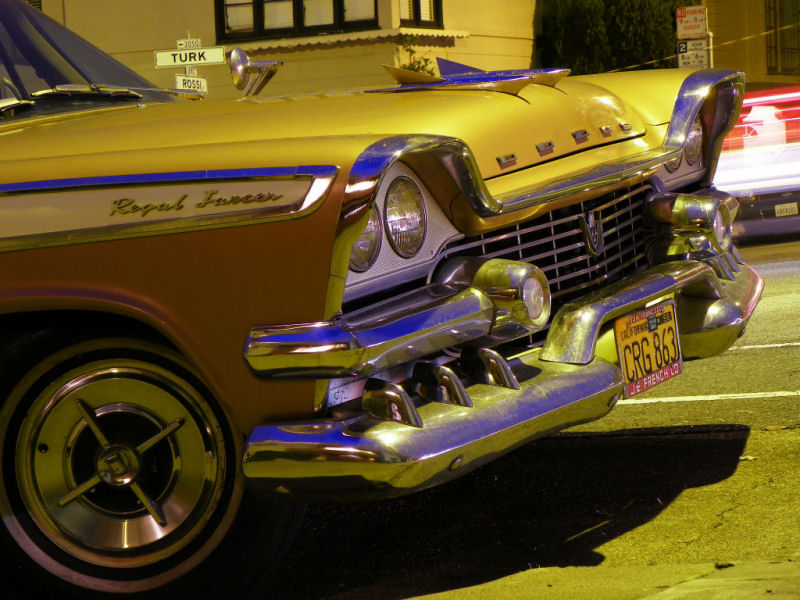 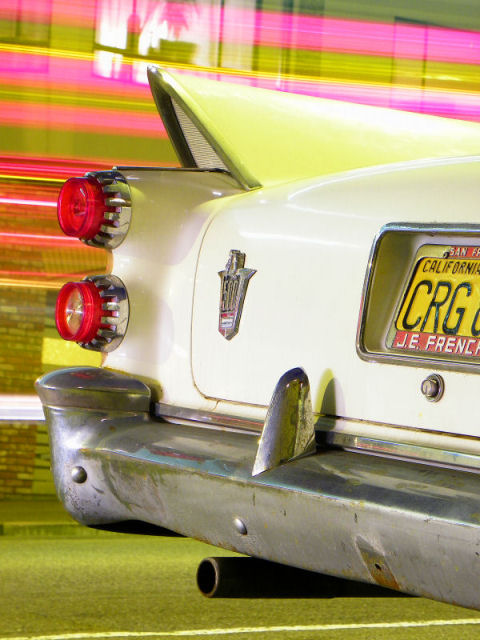 This is a 1958 Dodge Custom Royal Regal Lancer, a rare special edition Custom Royal pillarless hardtop made only in 1958. By special edtion, basically I mean it was an exclusive paintjob, interior treatment and badging. Regal Lancers were available only in copper with either black or white trim, and a total of 1163 were built. Google Image Search "1958 Dodge Regal Lancer" and see what comes up. I couldn't find a single one with Eggshell White trim like this one has. This one also has the D-500 option, meaning it packs the 361 cubic inch V8. Only 5% of all US-built '58 Dodges had that option, making it particularly scarce among the already-rare Regal Lancers. The impressive overall condition of this example really pushes it over the top. All the correct badging, hubcaps, chrome, vintage '50s license plates, everything is there. The body's remarkably straight and rust-free as best I can tell from these night photos. It even has original plate frames from J.E. French Co., a now defunct Plymouth and Dodge dealer formerly located at 1542 4th St. north of San Francisco in San Rafael. All it appears to need is a good polishing job for the chrome bumpers.
The 1958 Dodges were never really my cup of tea, mainly because of my soft spot for '58 Plymouths and because, in my opinion, that massive and complex grille does the otherwise handsome body no favors. It has some great angles, though. Because of its rarity and great condition, I consider this to be one of the finest cars in Fifties Guy's collection, and I'm very glad to have had the chance to photograph it. As of this writing, I haven't seen it since. Wouldn't mind seeing it again sometime.
Posted by Jay Wollenweber at 12:25 AM