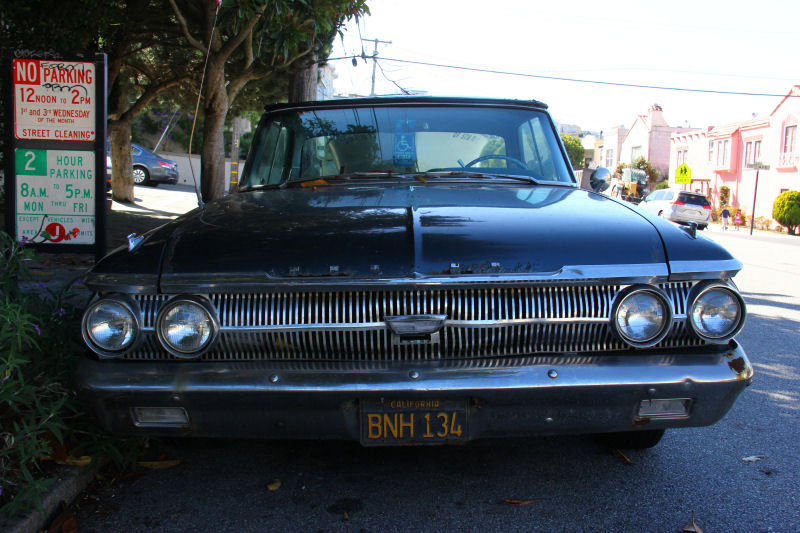 Sometimes when I go into the city to look for cars I end up spending the whole day in one neighborhood. The day I photographed this 1962 Mercury Monterey four-door hardtop, I also found a 1950 Hudson, 1955 Chevy wagon, 1962 Magirus-Deutz fire truck, 1965 Ford Fairlane, 1977 Pontiac Sunbird, 1982 Toyota Starlet and several other interesting historic vehicles I'll be featuring here at a later date. All were in San Francisco's Sunset district. 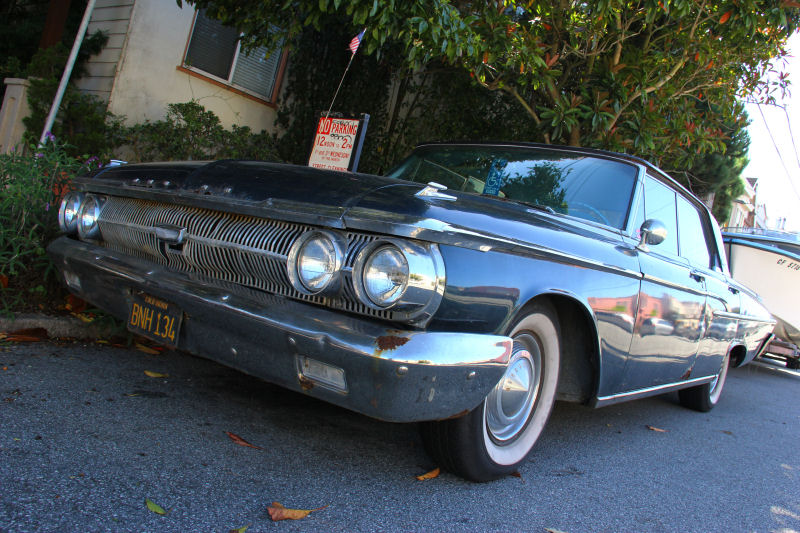 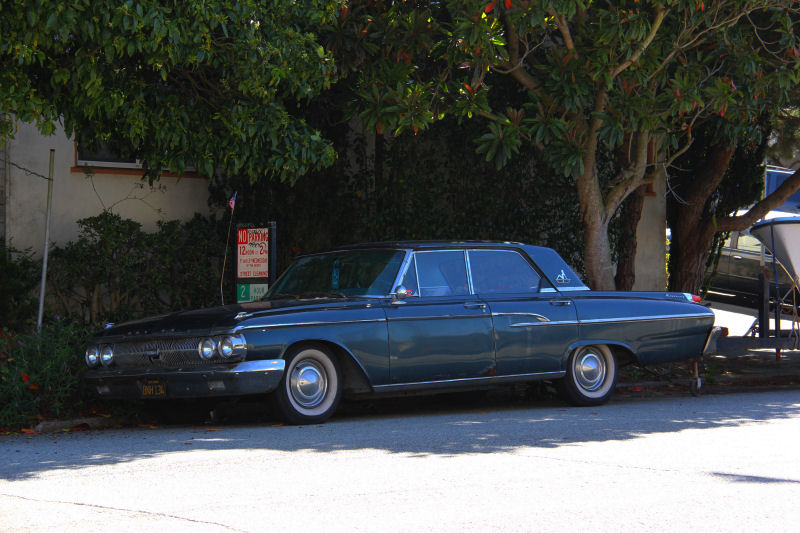 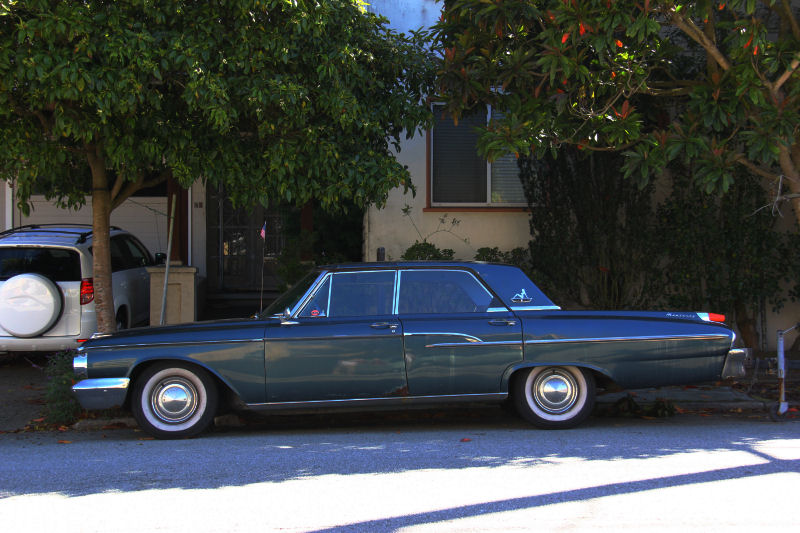 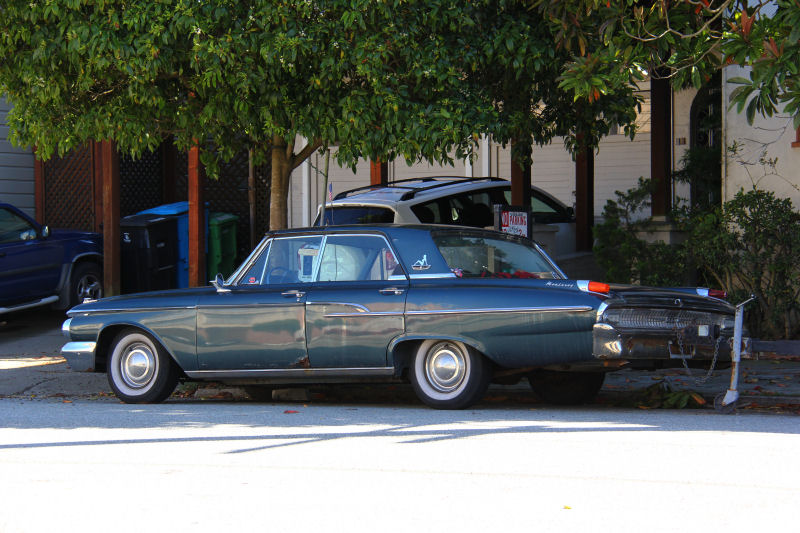 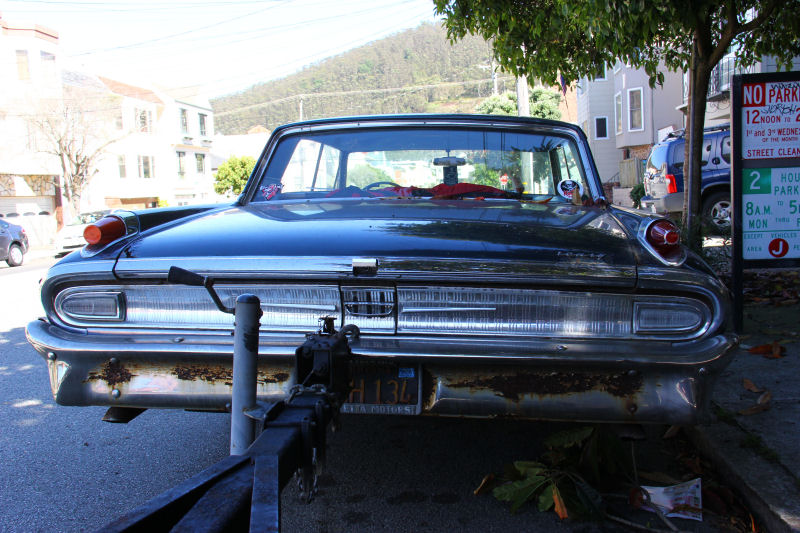 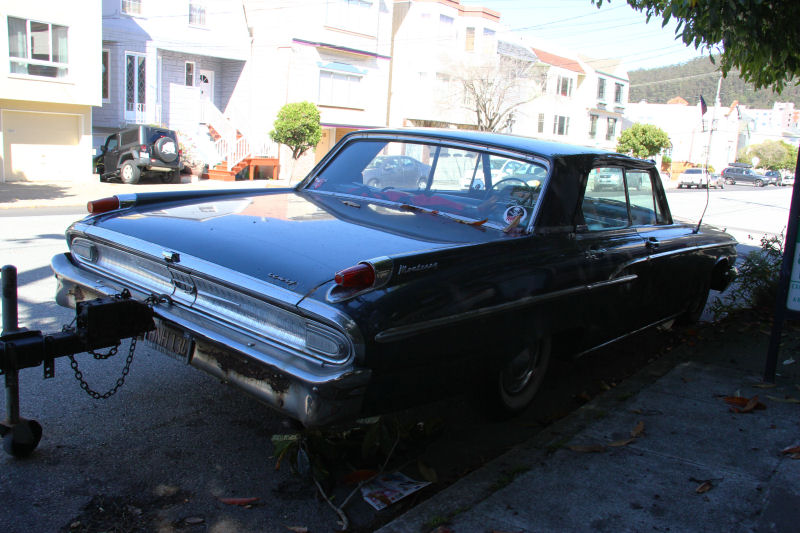 The '62 Mercury Monterey is a fairly conventional big family car, given a little bit of style in hardtop sedan form with frameless door windows and no B-pillar. I must admit I like the styling marginally better than an equivalent '62 Ford Galaxie. It gets a bit messy in the rear end detailing, but I like the front. This one has some homemade repairs and custom touches to keep it on the road and, uh, whatever the chrome ladies are for. Some trim and stuff is missing but as always my biggest concern is rust. The hood and trunk are bubbled or perforated around the edges and the corners of the doors are starting to go as well. Ford products from the '60s are notorious for their lack of rustproofing and coastal life is rough on cars, despite what people claim about California's sunny climate. 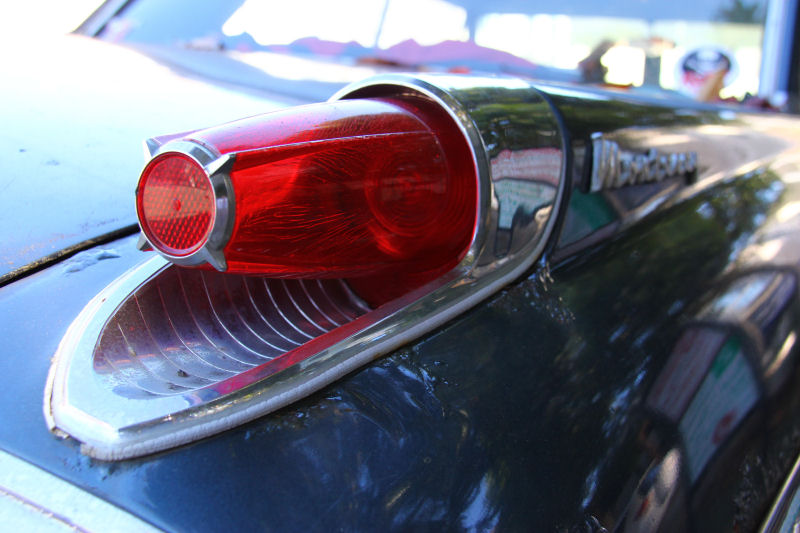 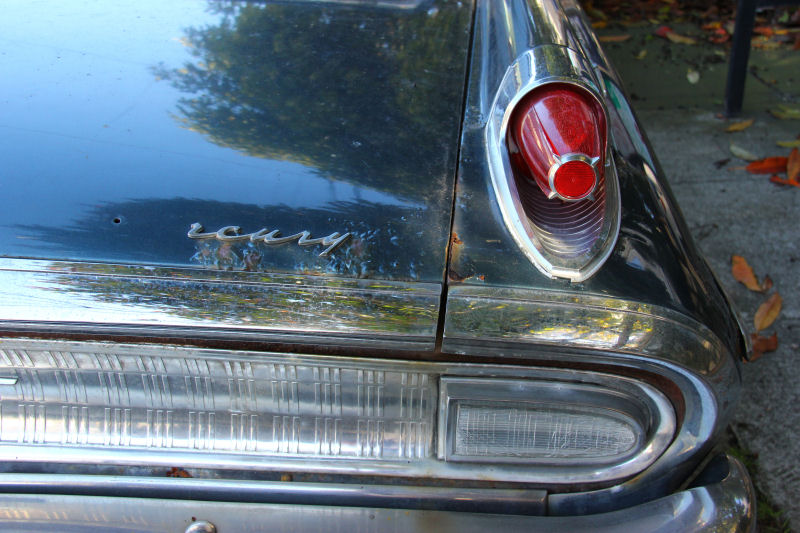 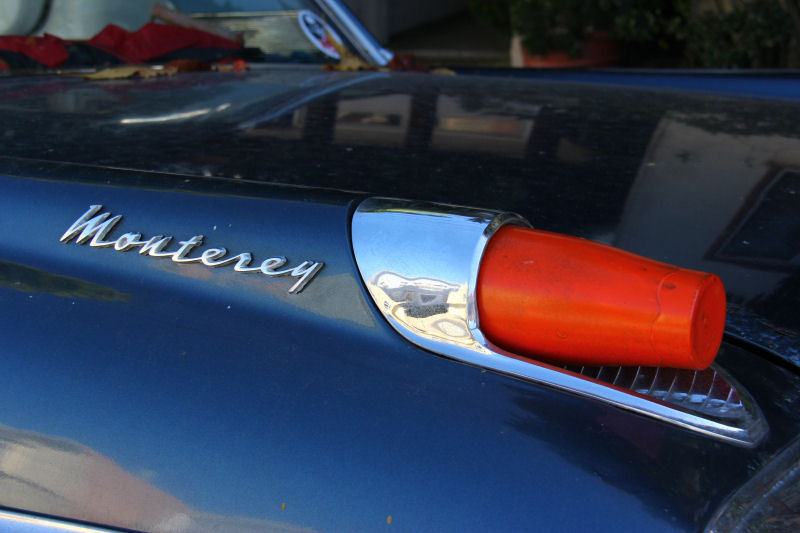 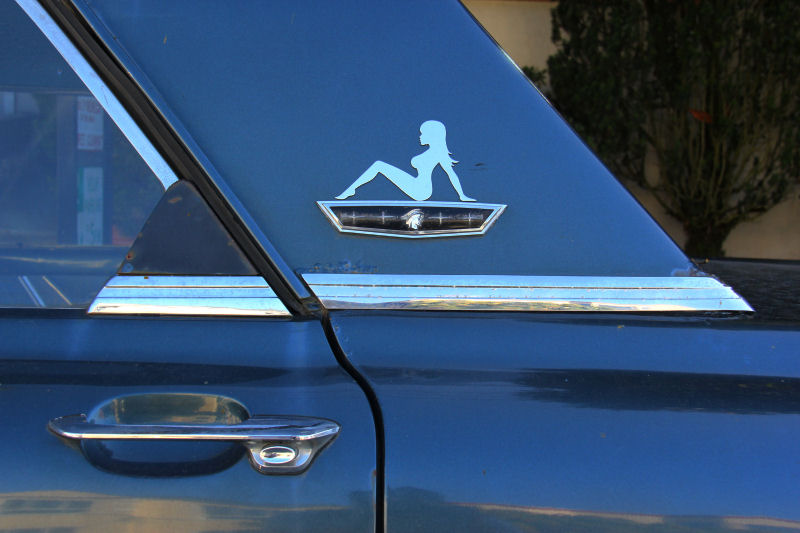 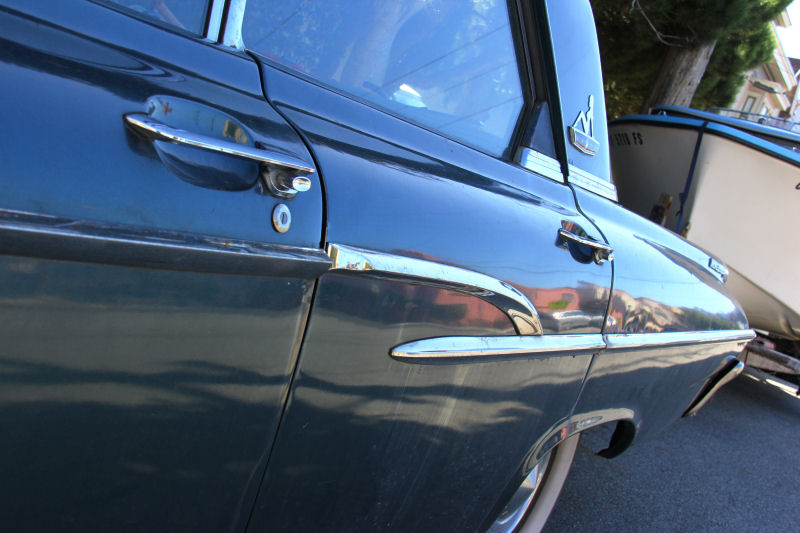 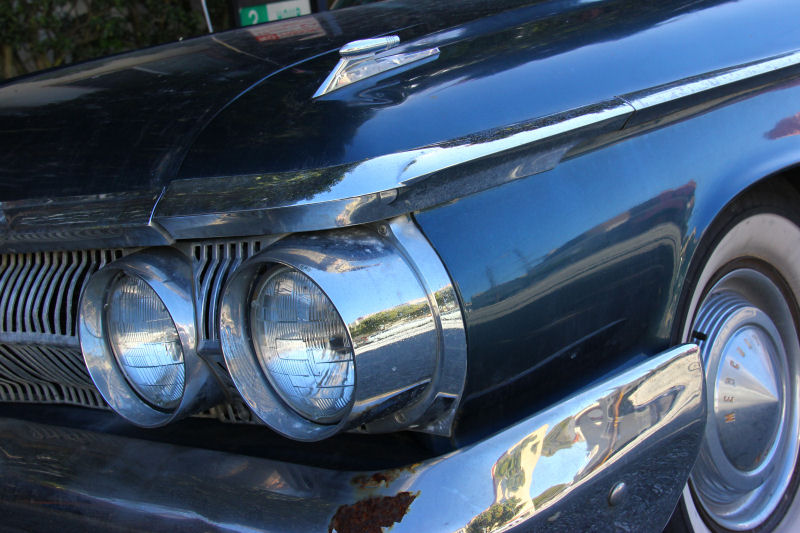 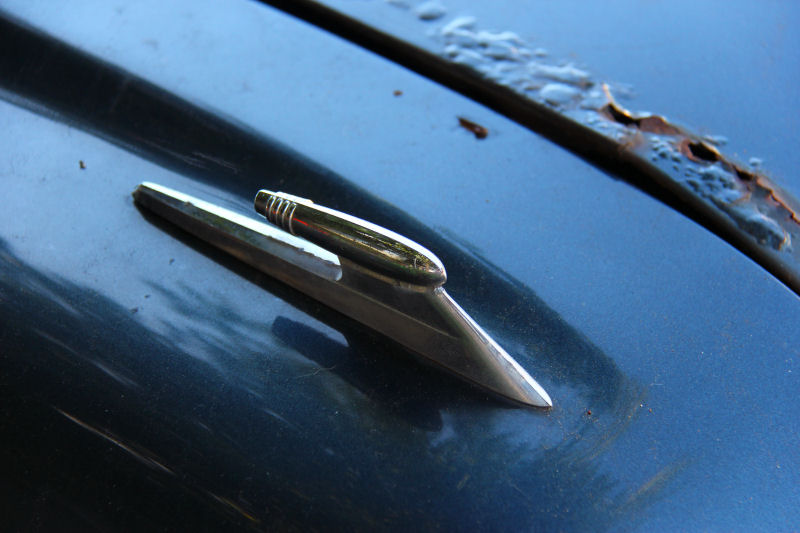 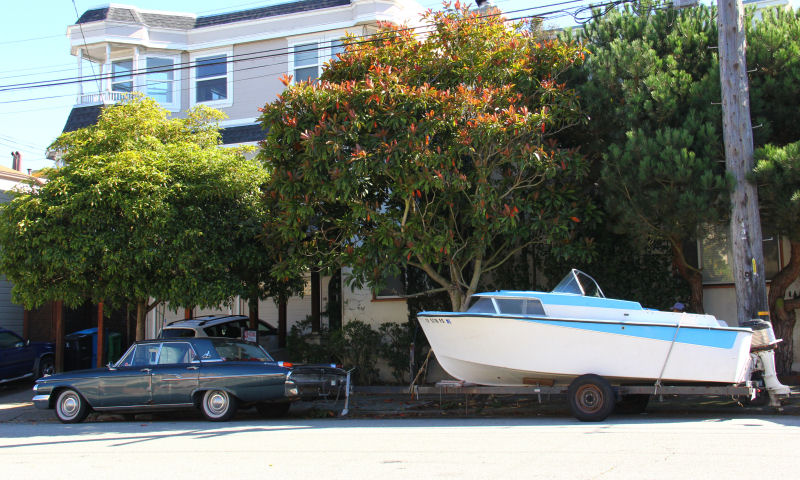 One of the things I like about this street sighting is the vintage cabin cruiser hooked up on the trailer behind it. If you're going to tow an old boat, you might as well use an old boat. I wonder if it has a Mercury outboard.
Posted by Jay Wollenweber at 12:00 AM