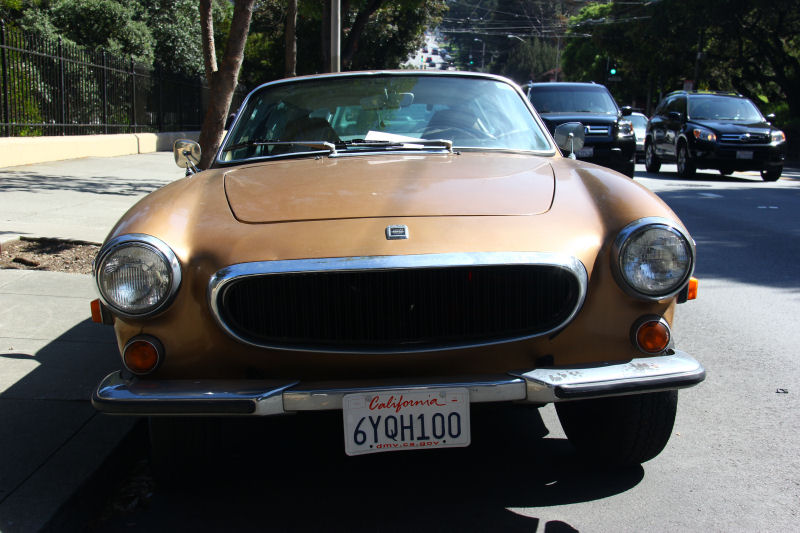 I'm still a fan of Volvo 1800ES wagons, in no small part because I'm a sucker for station wagons in general and two-door wagons in particular. The 1800ES was a rare bird even when new, as the final evolution of the P1800 sports coupe first seen in 1961. Only 8,077 ES wagons were ever built, and they remain a cool curiosity today. 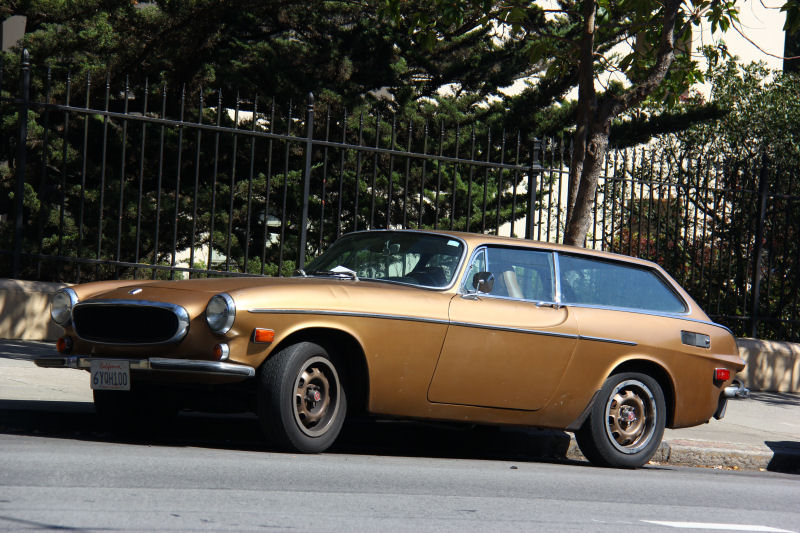 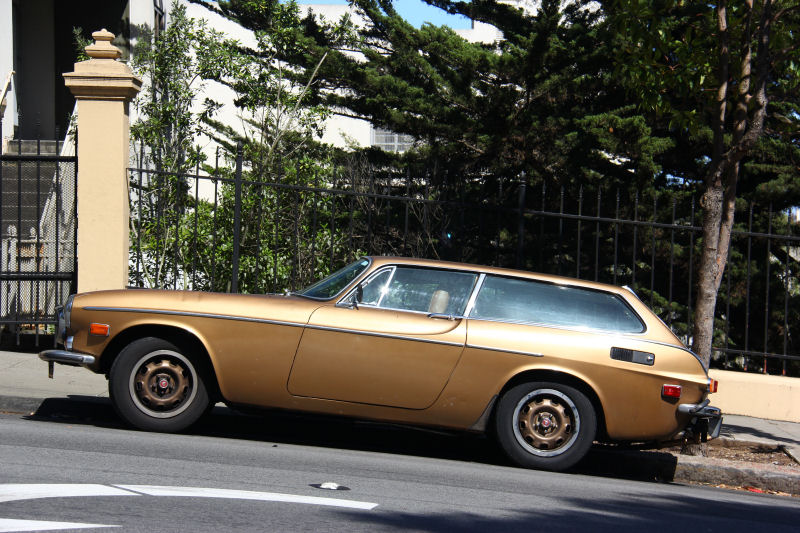 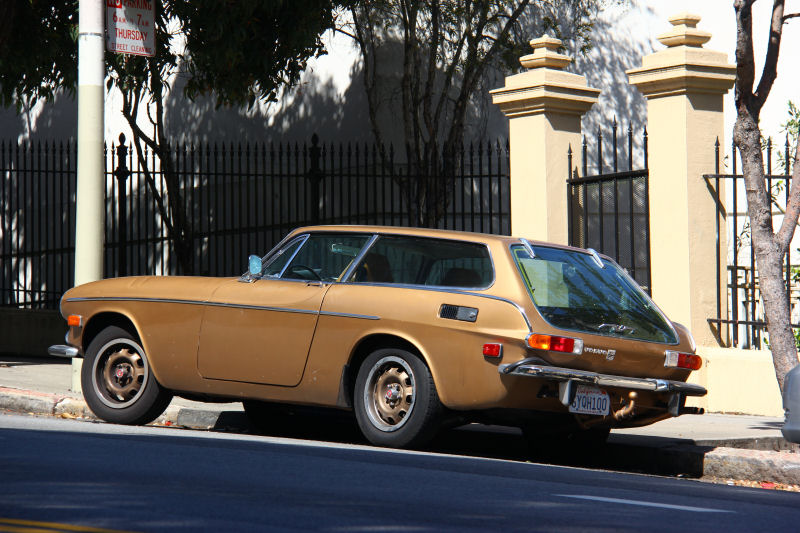 This ES is most likely a 1972 model, as it is pretty much visually identical to the '73 except a 1973 would have more substantial bumper mounts. Federal bumper regulations required hydraulic shock absorbers which made the bumpers compress inward and then rebound in low-speed impacts. The '73 models also had steel side-impact door beams. The '72 features redesigned seats with integrated headrests, retractable seatbelts and one-piece door panels. All ES models feature fold-down rear seats and an all-glass rear hatch for easy access and stowing large items. 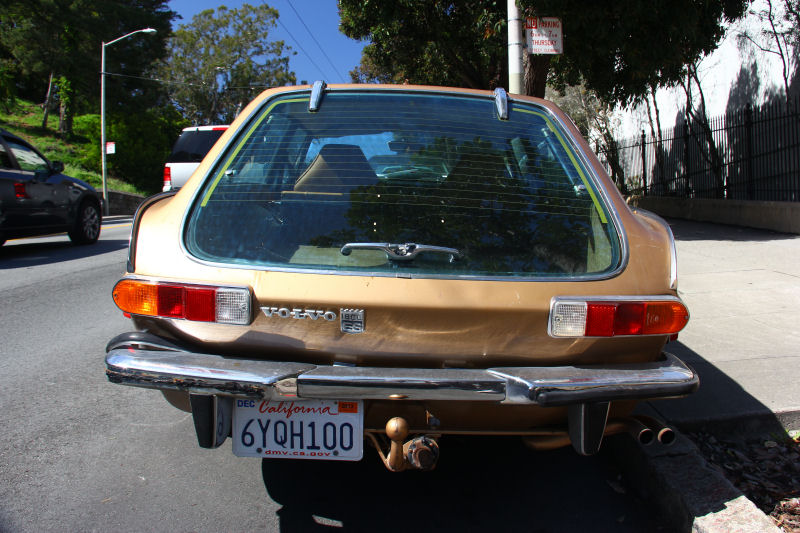 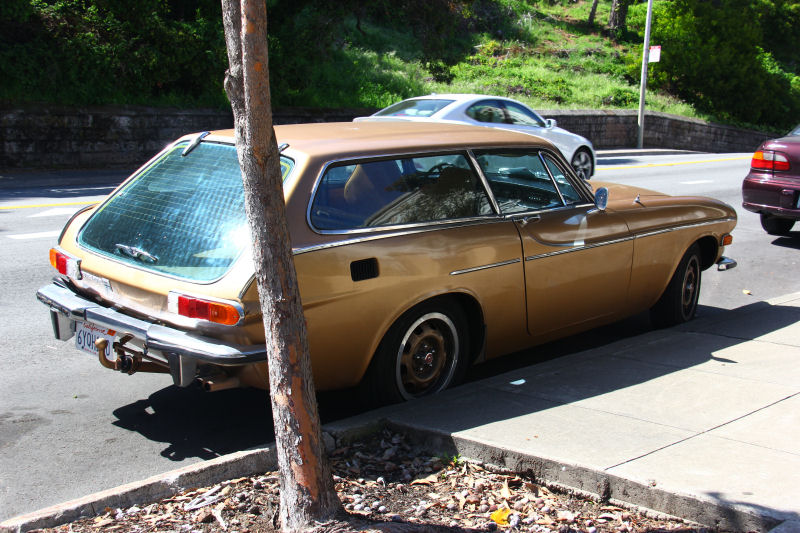 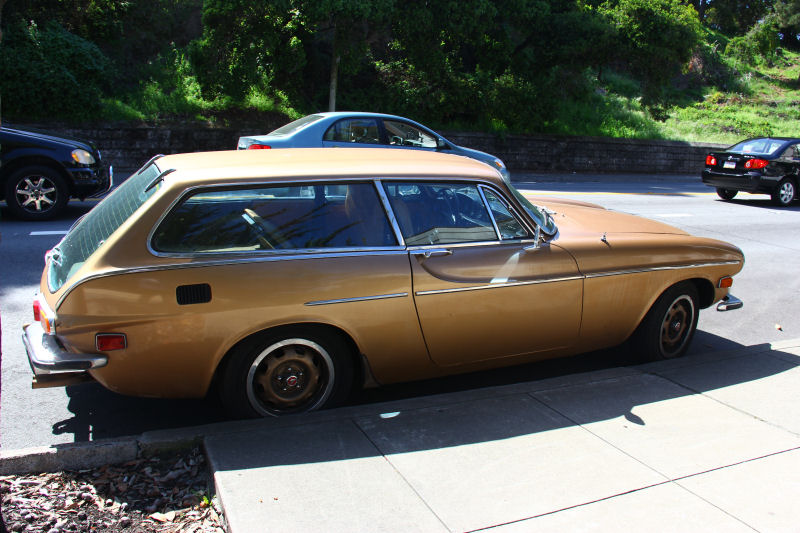 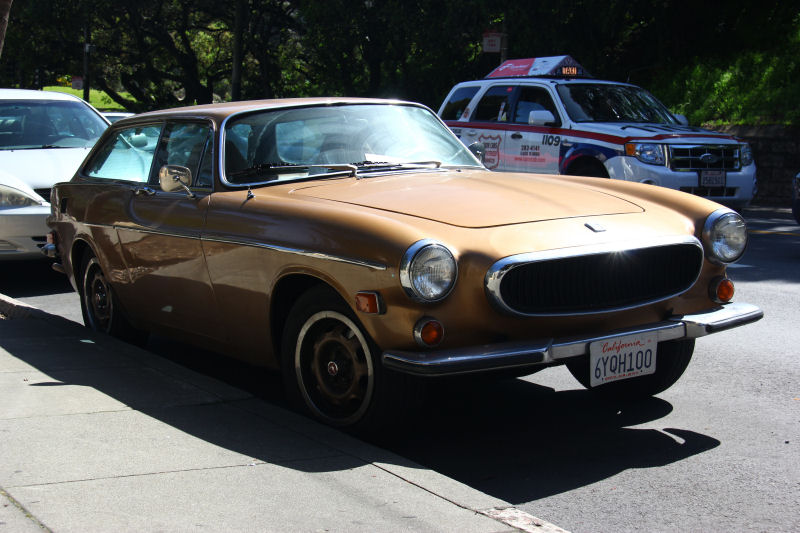 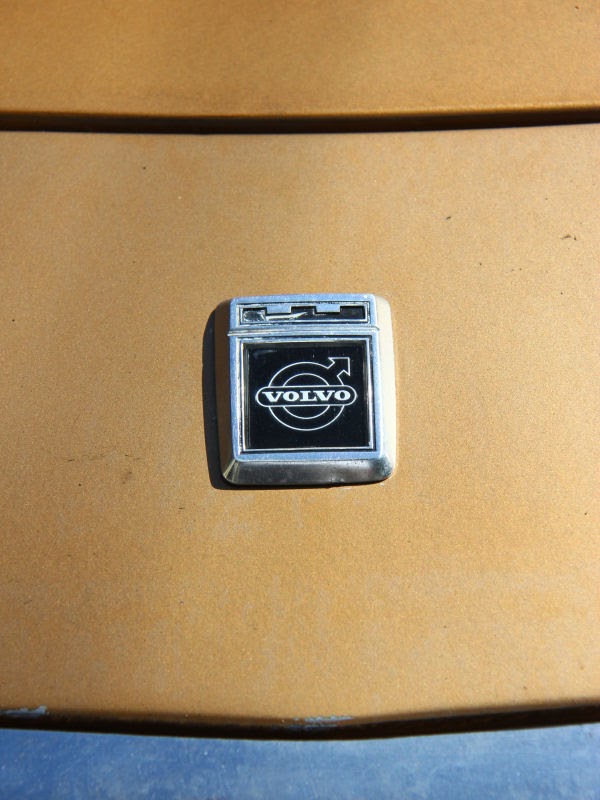 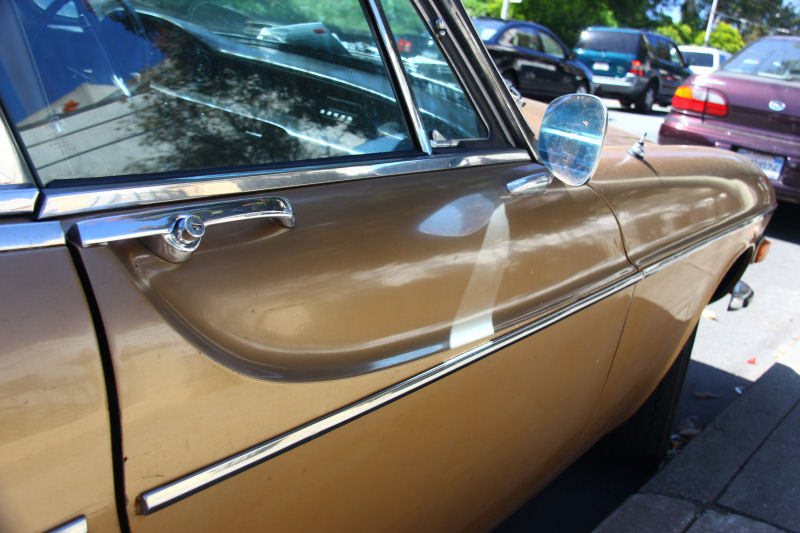 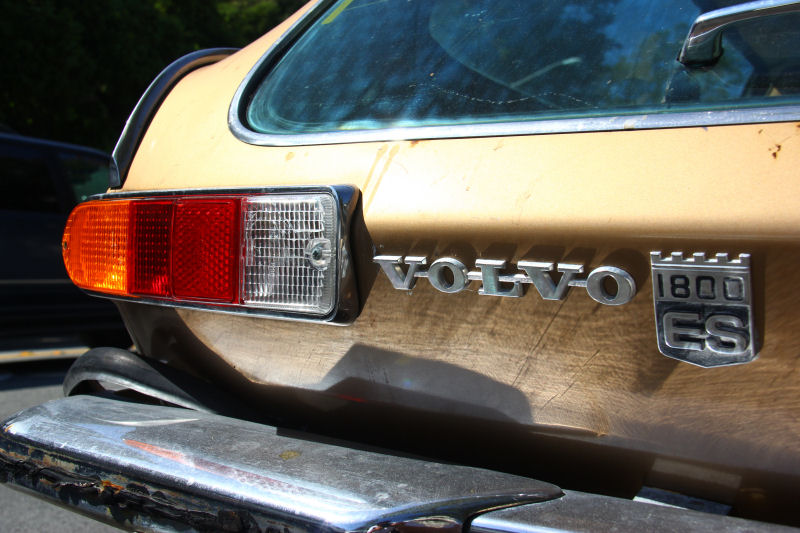 The body on this car is largely in good shape and rust-free, which is a definite plus. The only sheetmetal damage is a pair of creases in the driver side fender that look like someone dropped a 2x4 piece of lumber on it. These cars do not have bolt-on fenders like most cars; the body is mostly one piece welded together, making certain repairs difficult and expensive. The rub strips on the rear bumper have seen better days, one of them just barely hanging on. The European-style trailer hitch is an interesting touch. Paint appears to be the original Gold Metallic with color-matched wheels, a combination I rarely see. This one gets around the Bay Area and I've seen it once or twice in Berkeley or Oakland. If you're going to daily-drive a Volvo 1800 and your name isn't Irv Gordon, a '72 ES isn't a bad choice.
Posted by Jay Wollenweber at 12:00 AM