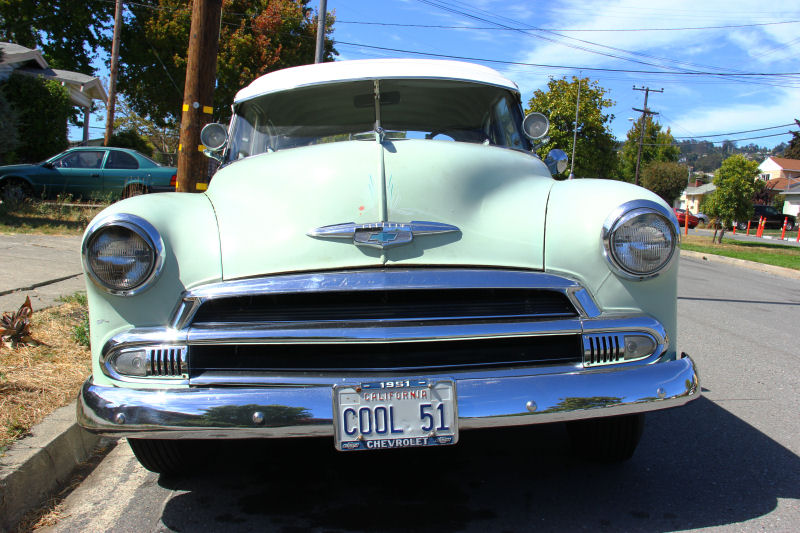 One of the great candidates for a budget '50s custom is the 1949-54 Chevrolet. They come in several body styles, have a classic look to them and are relatively easy to come by. They still have a vestige of that fat-fendered style and a good amount of chrome, and they support a range of themes from hydraulic lowrider to chopped and dropped lead sled. Sure, there's no factory V8 to speak of, but that never stopped any hot-rodder worth his salt. 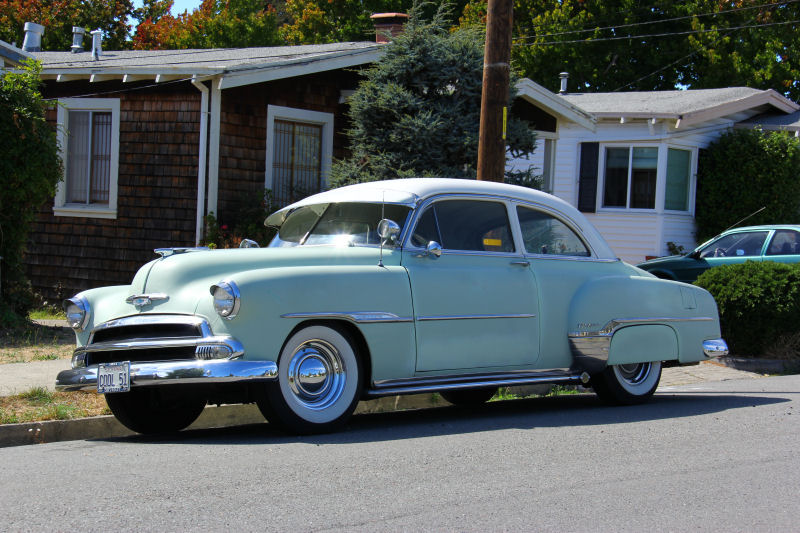 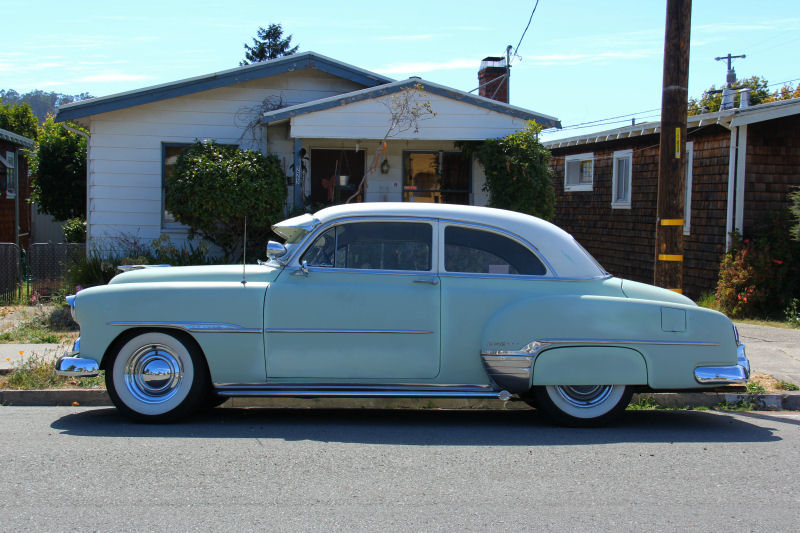 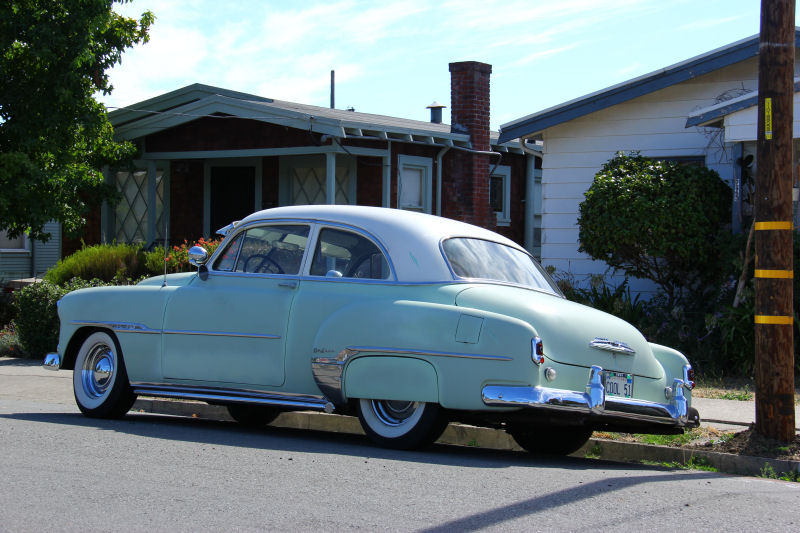 The 1951 Chevy DeLuxe was the top trim level in the regular sedan lineup. Notchback coupes and sedans were called Styleline while fastback two- and four-door sedan models were Fleetlines. The hardtop coupe was named Bel Air. A pillared Sport Coupe, Business Coupe with no back seat, and a two-door sedan with a longer roof were offered; this one is the latter. All '51 Chevys came with six-cylinder engines, either a 216 cubic inch Thriftmaster or 235 "Stovebolt". A Powerglide two-speed automatic transmission was a convenience option in place of the standard three-speed manual box, and as far as I know, Powerglide cars were all paired with the larger 235 engine. 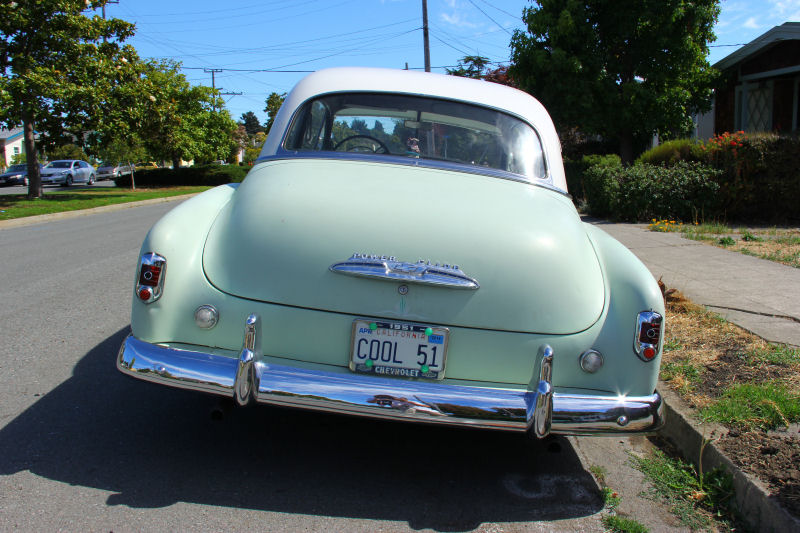 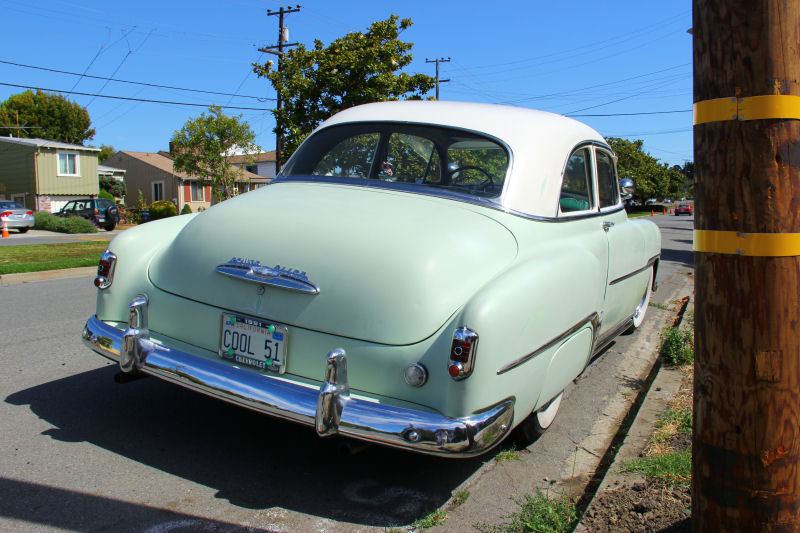 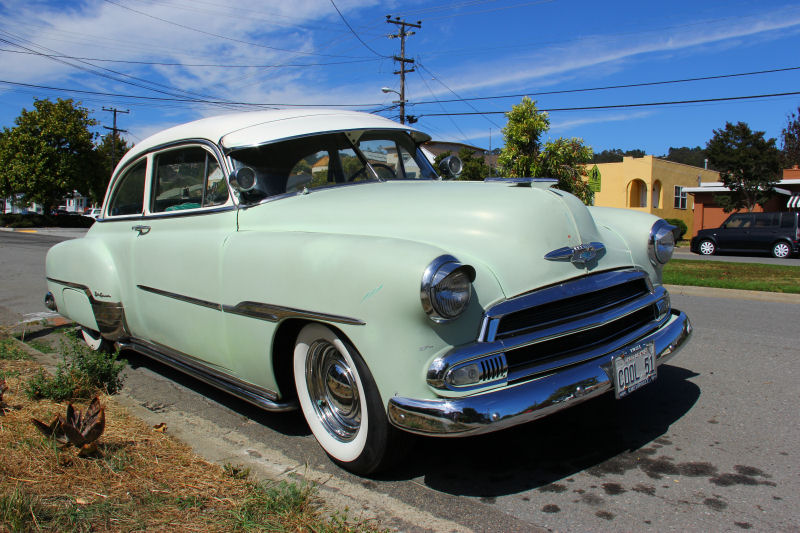 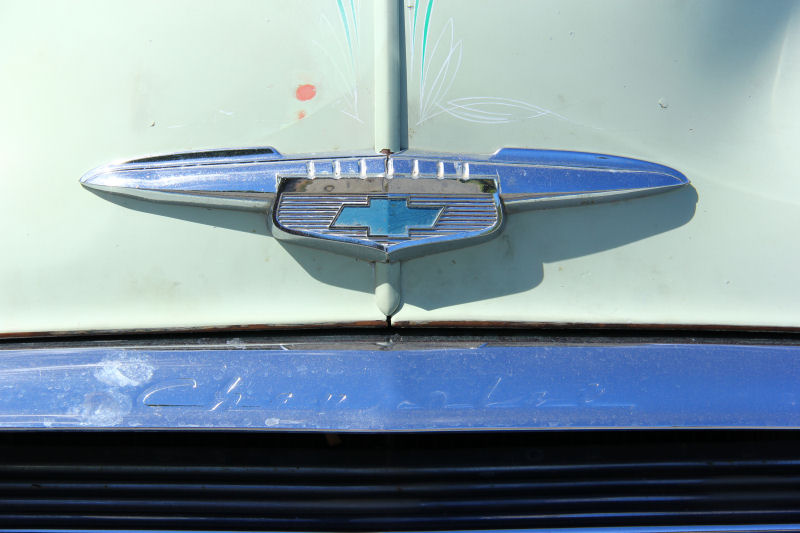 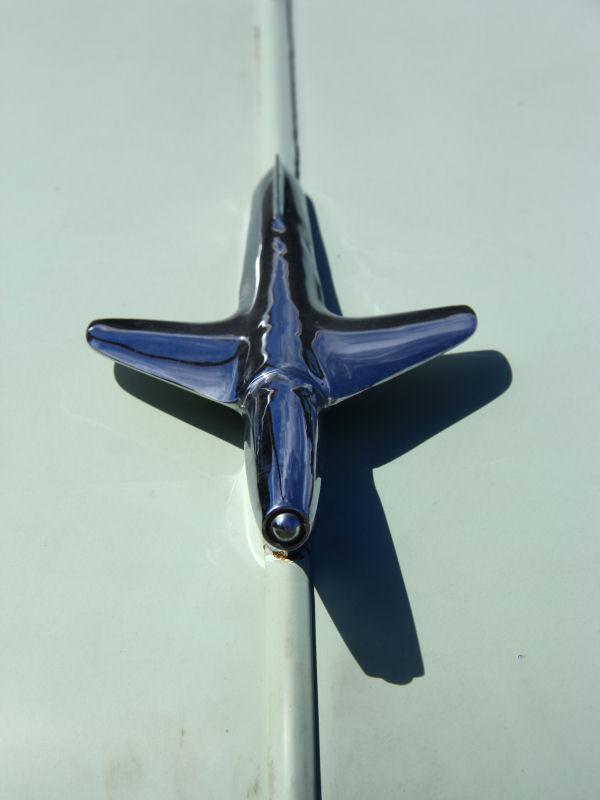 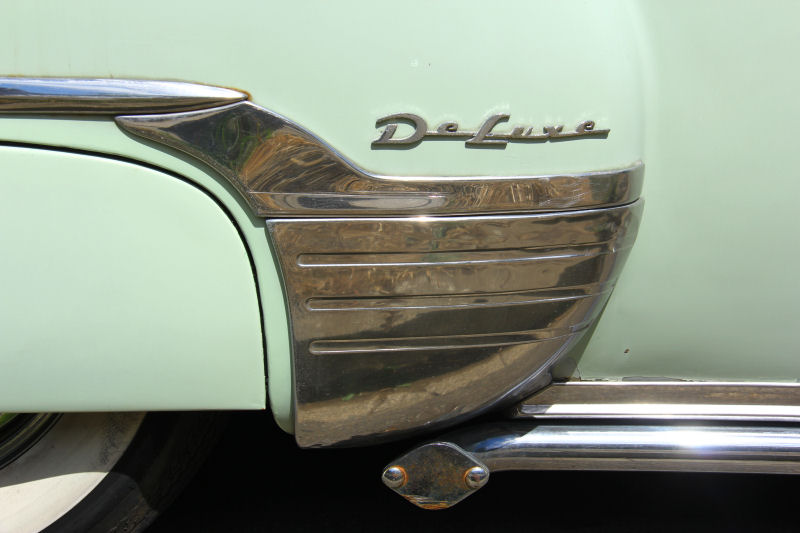 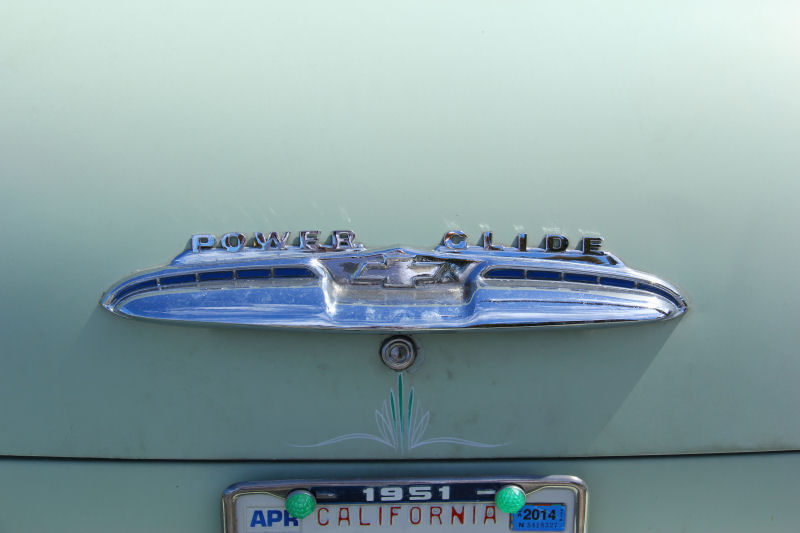 This car has some accessories and options, including Powerglide (a $156.00 option), a metal windshield visor ($17.50), dual spot lights, reverse lamps ($8.90) and hood ornament ($7.80). Custom touches include dual exhaust, headlight eyebrows, chrome lake pipes, baby moon hubcaps and fat whitewall tires. Paint looks like an older job in a pale mint green and white with some tasteful pinstriping. I like most of what's been done here and it's a nice budget cruiser. The license plates are a hint as to when the work was done, since the style is from the late '80s to early '90s. It's still a "Cool 51", and with a bit of freshening up it'll look even cooler.
Posted by Jay Wollenweber at 12:00 AM