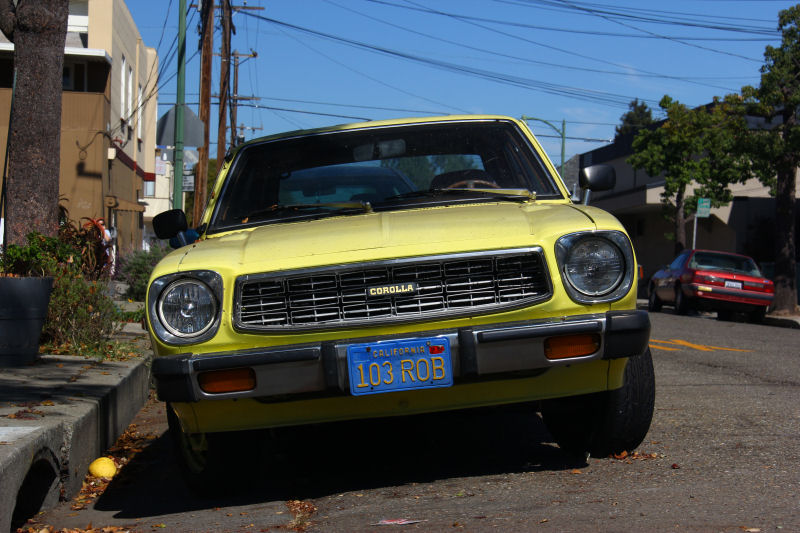 When my parents were just starting out, they had a choice to make: make a down payment on a small suburban ranch house or buy a Toyota Corolla SR5 Liftback. They picked the house. It was a wise choice, but the Corolla Liftback was and still is an interesting offering in the economy-car market of the era. I've always liked them, especially in lemon yellow. 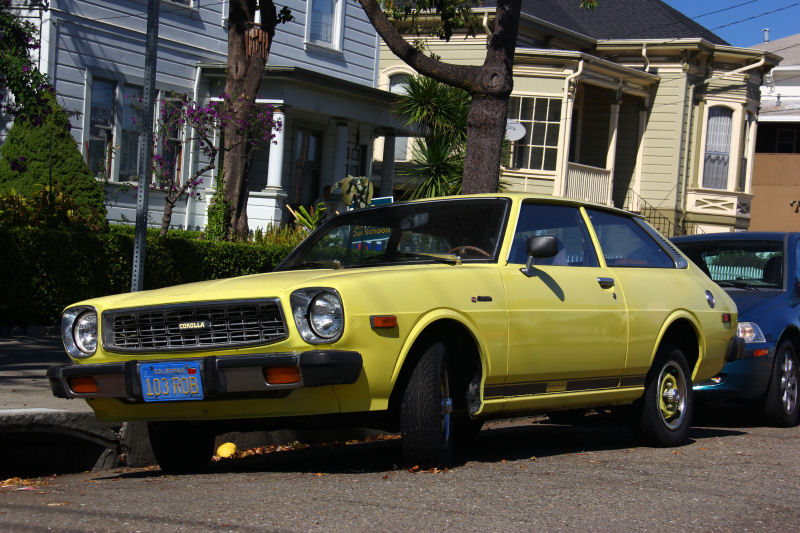 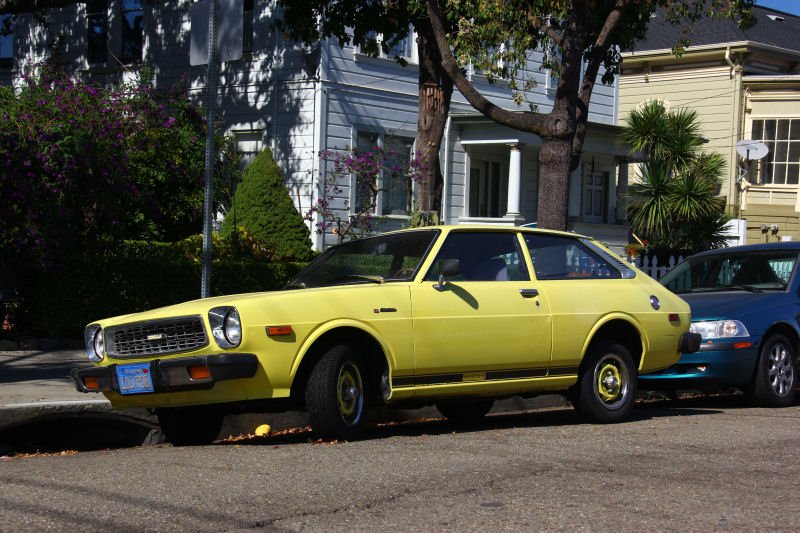 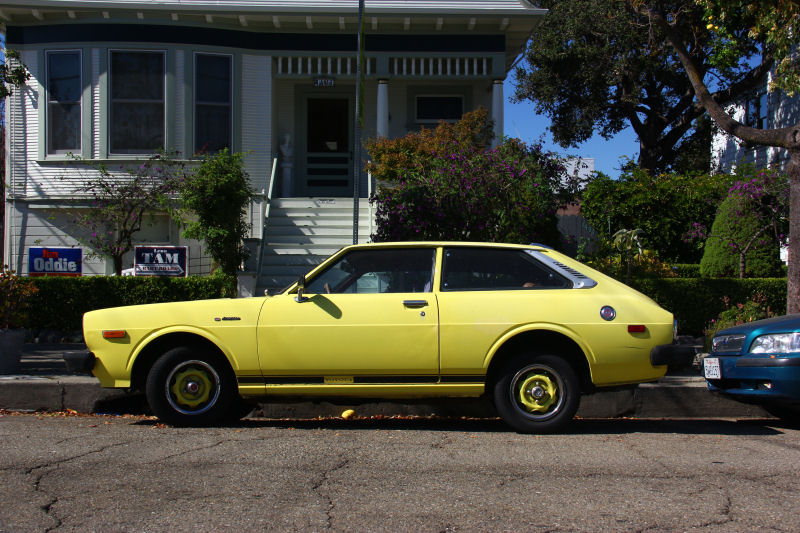 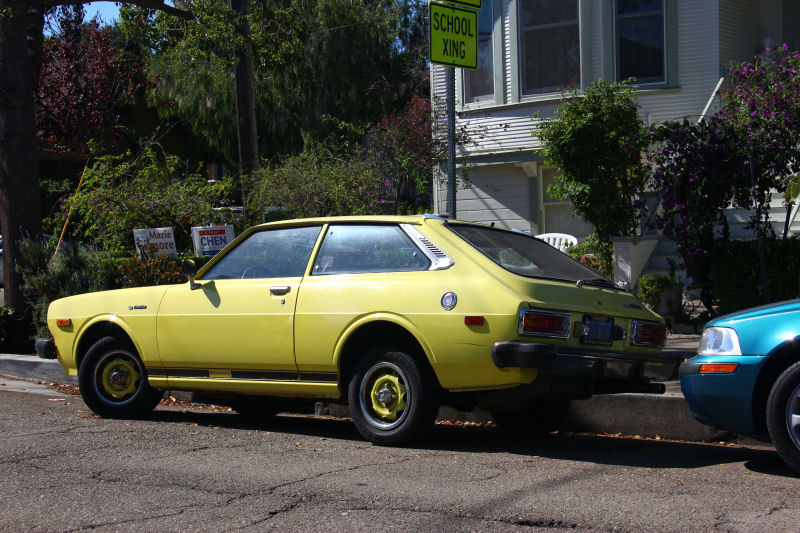 This is a first-year Liftback, produced in this style from 1976 to 1979. The Corolla was redesigned in 1980 with a more angular appearance, a car I've never thought had as much charm as the late-'70s version. These and the Sport Coupes shared unique styling that set them apart from the slightly dumpy-looking standard Corolla models. Deluxe Corollas came with a 1.6 liter four-cylinder producing just 75 horsepower, and non-SR5s could be had with a three-speed automatic transmission. Deluxe Liftbacks were offered with a rear window defogger, bucket seats and styled steel wheels. This car has some nifty little black rocker stripes which may be custom, and the yellow paint looks stock from across the street, but up close appears to be a repaint and has an odd metalflake quality to it. The grille is an interesting detail to me with its rounded rectangular mesh that resembles sideways-oriented Lincoln logos. I also quite like the silver sculpted vent trim piece around the rear quarter windows. 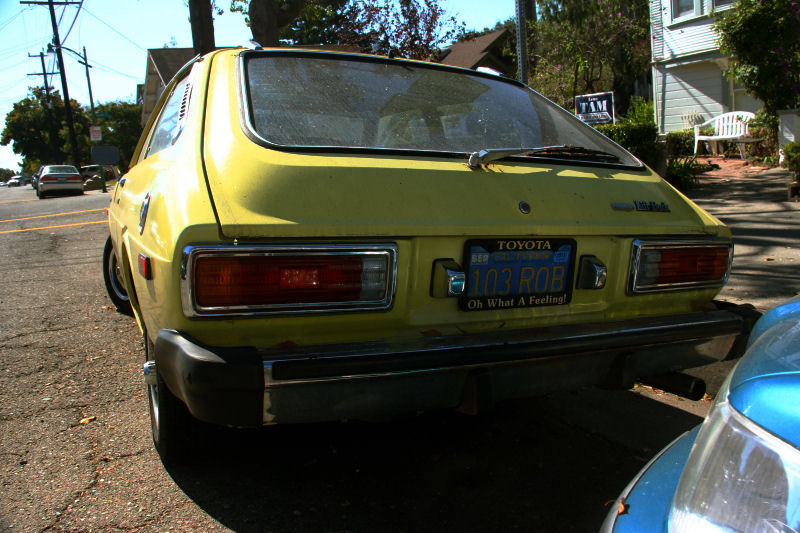 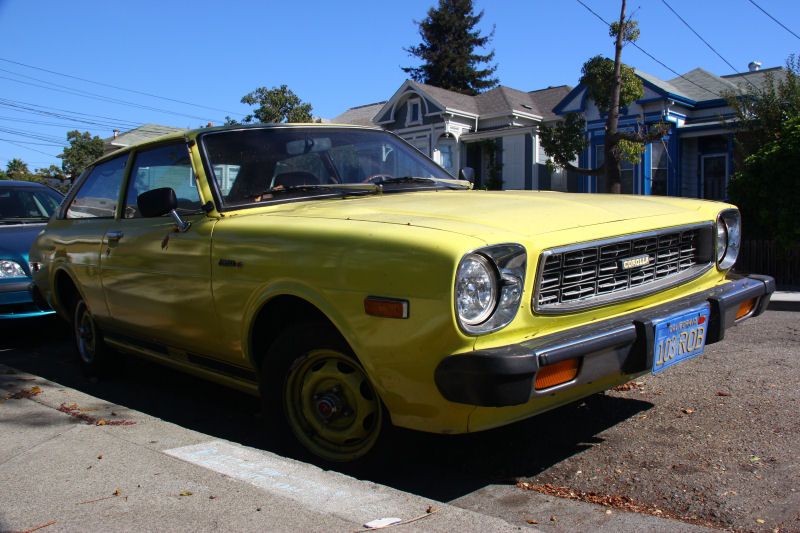 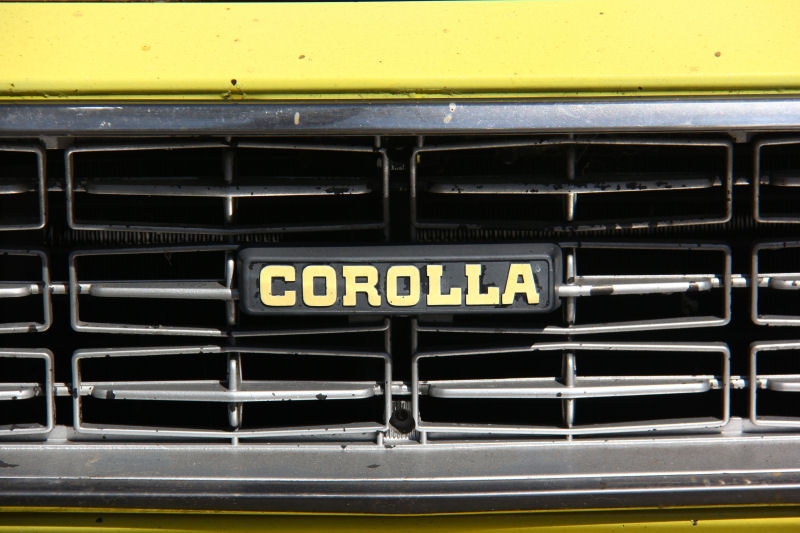 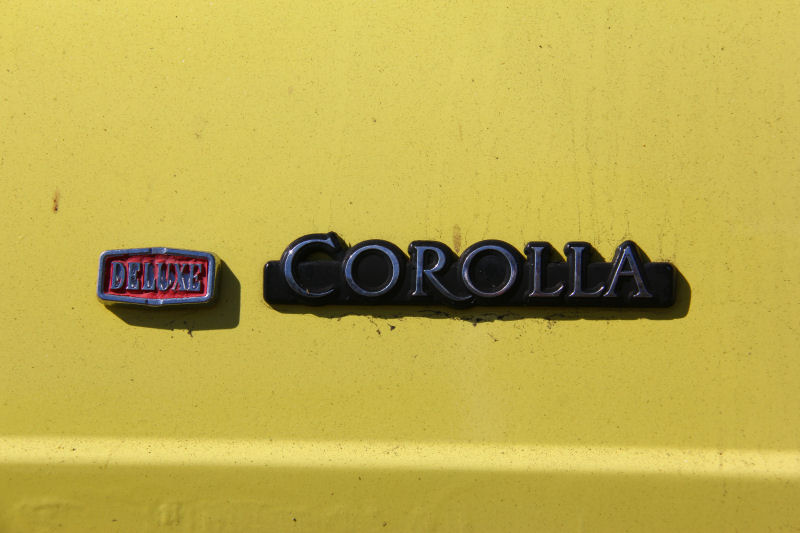 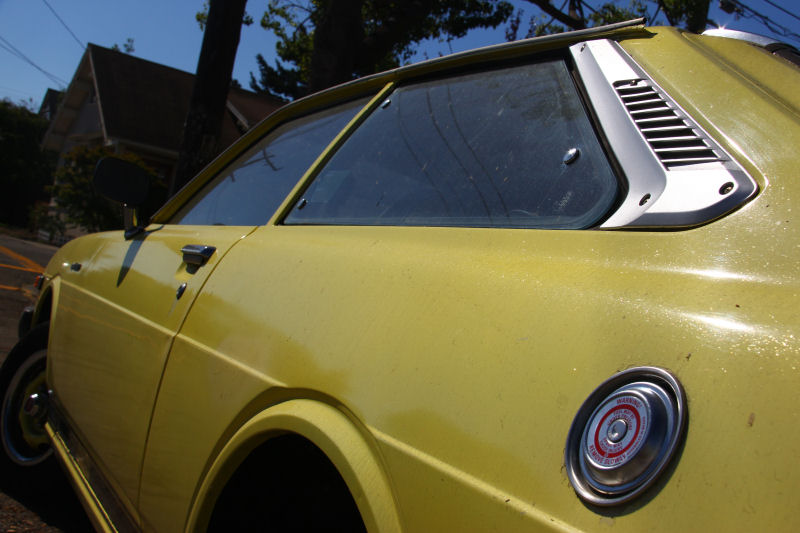 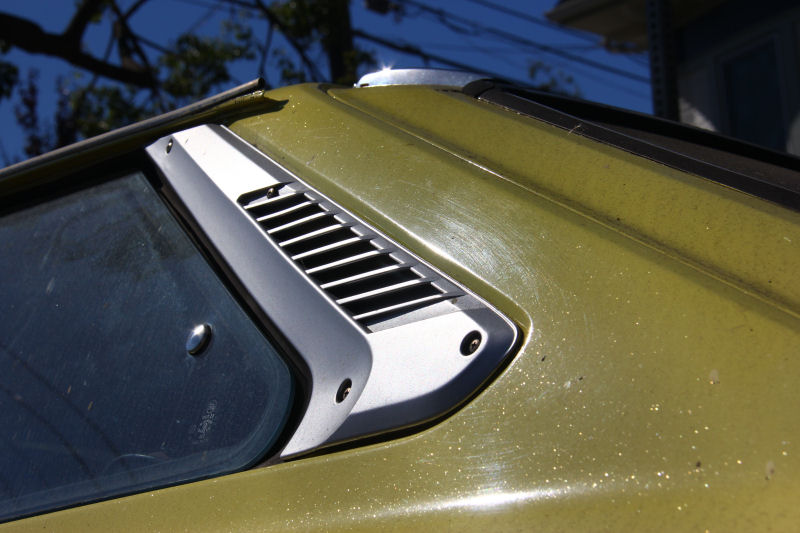 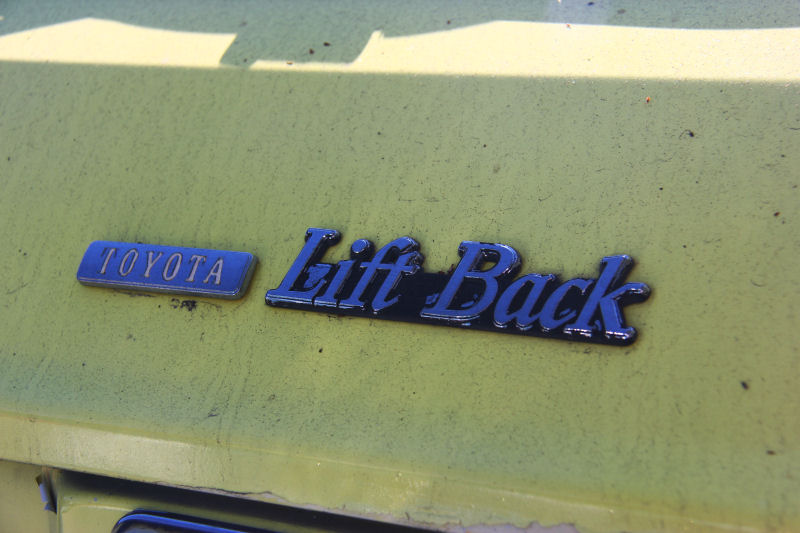 A woman approached me while I was photographing this car and asked if I was selling it. I said no, I just liked the car. She had owned one years before and thought this one was pretty cool. With some cleaning up and some detailing, I tend to agree.
Posted by Jay Wollenweber at 12:00 AM