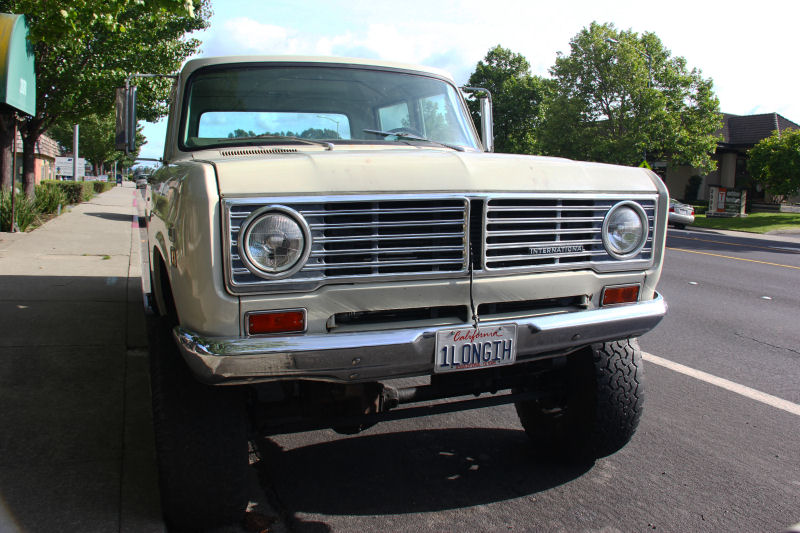 I've heard a number of jokes about International Harvester trucks and rust. And I know that a lot of them really did succumb to rust. The 1970s IHC pickups are rare enough to start with, even before factoring in attrition from hard work and road salt and moisture. International always was kind of a niche player in the light-duty truck market, doing most of their business with heavy commercial trucks and the Scout SUV. Despite this, the Light Line pickups were offered in a wide range of styles, drivetrains and bed lengths. 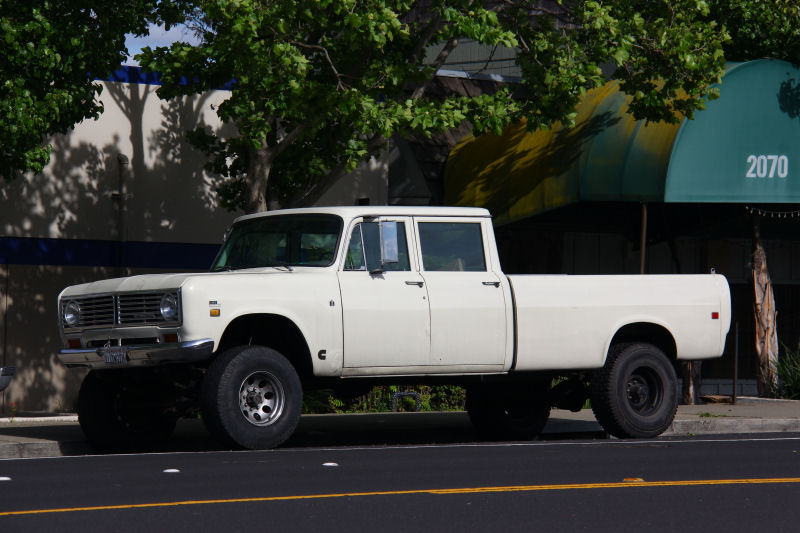 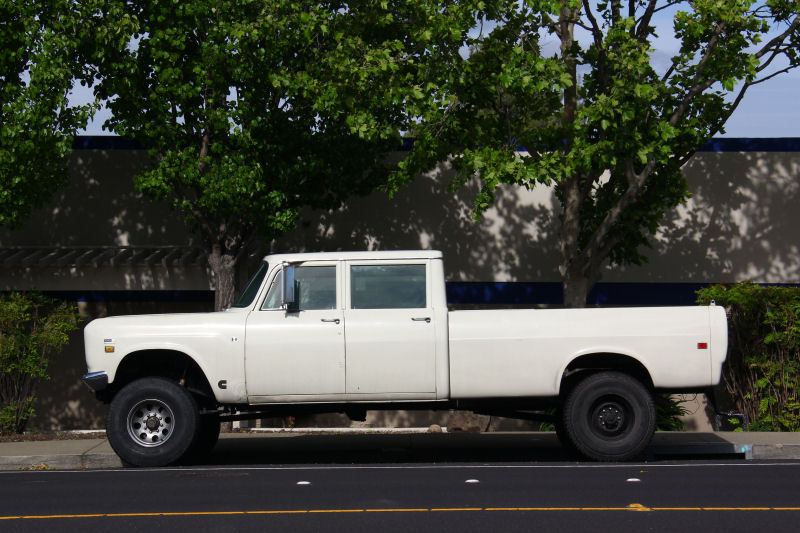 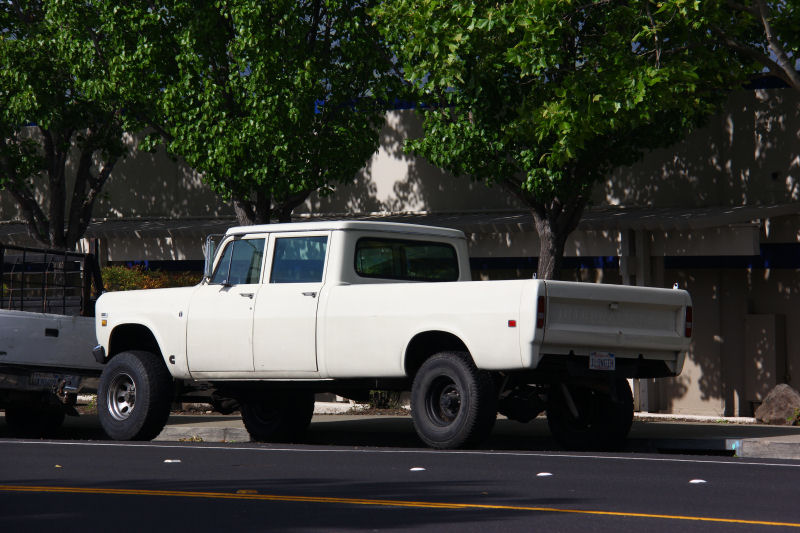 This truck is a 1972 or '73 1210 Travelette (crew cab) with the Bonus Load longbed. It appears to be a factory V8, 4WD truck with the 164" wheelbase. Oddly, it's powered by a Cummins diesel, leading me to wonder if it still sits on the factory frame or if it has been transplanted onto a full Dodge Ram heavy duty chassis as has been done with other IHC trucks with diesel swaps. The license plate, 1LONGIH, is certainly appropriate. This is one long International Harvester. I'm impressed by how straight the frame is, given the truck's length and its age. A lot of older trucks start to kink in the middle from being overloaded. This one is also pretty rust-free, which is good. 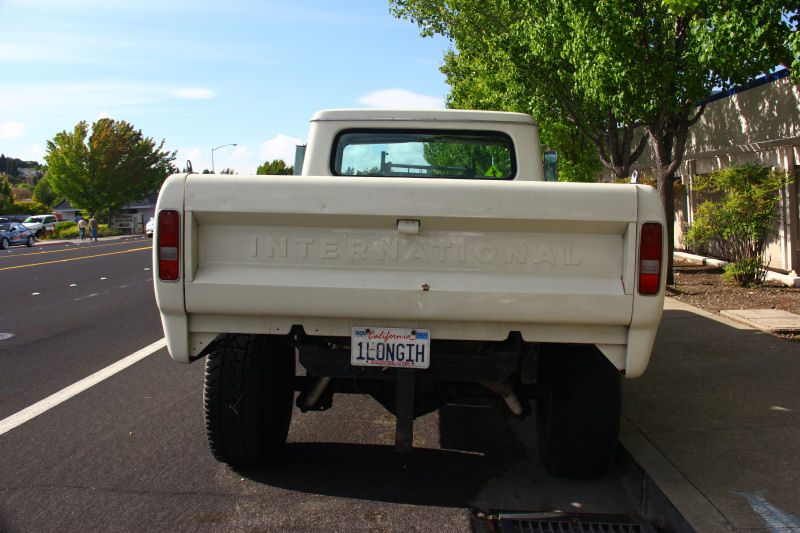 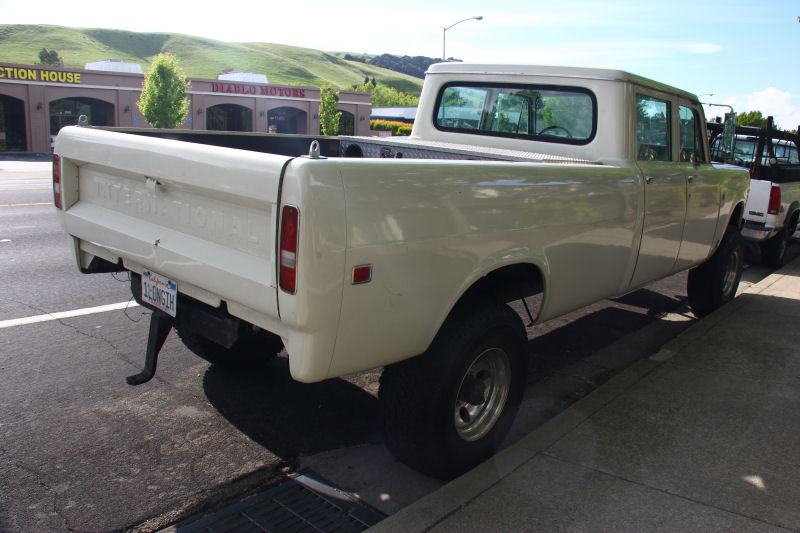 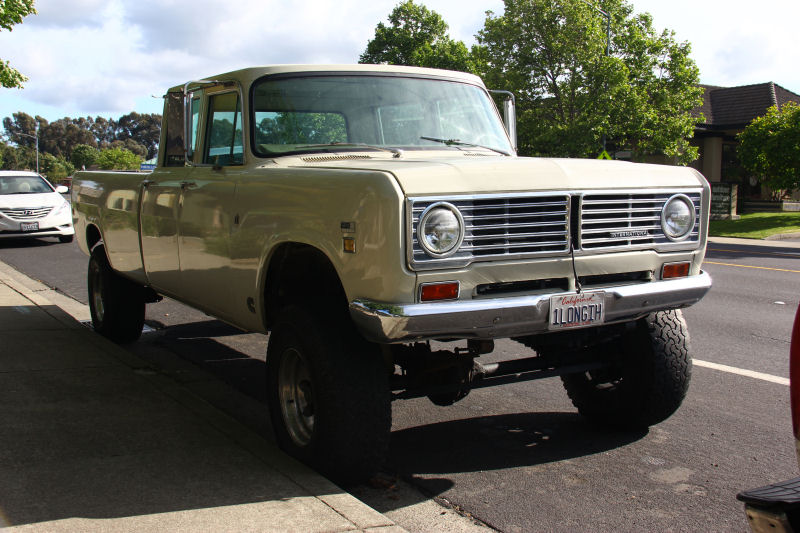 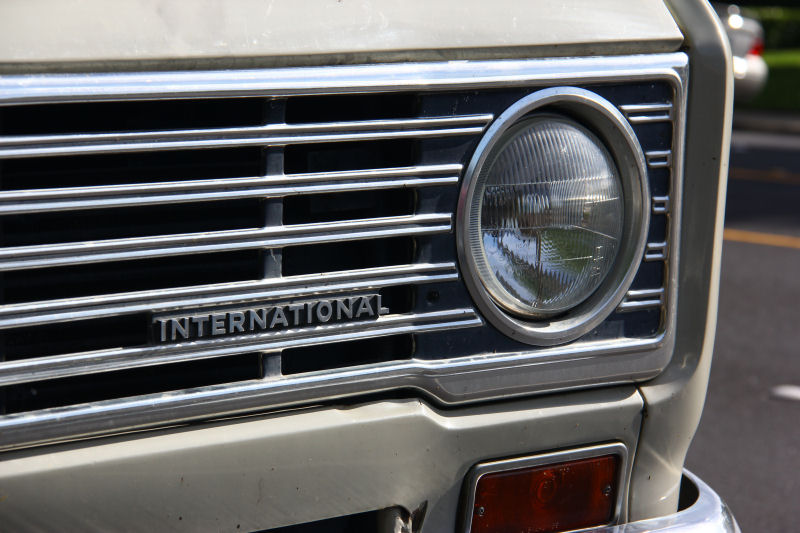 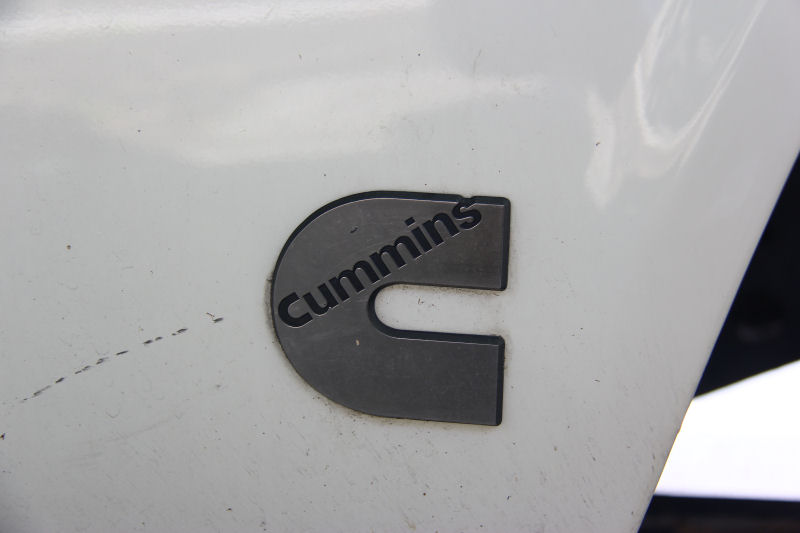 There are a few IHC pickups in my area, some of which I really should photograph, but this is the only Travelette of this generation that I've seen in person. If it were mine I'd source a rear bumper and put on a full set of the black steelies that are on the rear wheels. Though I doubt I'd ever own one, because I don't haul giant things and parallel parking is hard enough already. Different strokes for different folks!
Posted by Jay Wollenweber at 12:30 AM