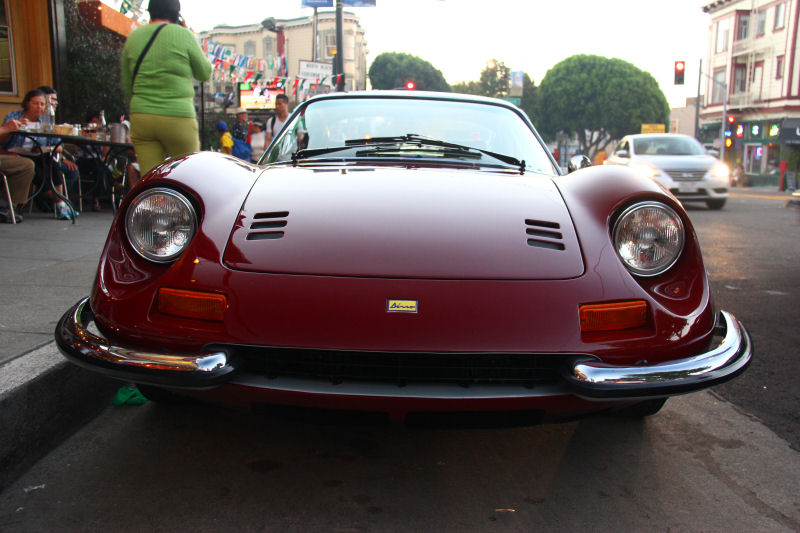 Let's start the new year off right, shall we?

One of my favorite events each year in San Francisco is Fleet Week, the second week in October when the U.S. Navy brings in an assortment of ships and the Blue Angels aerobatic team performs above the Bay for thousands of thrilled spectators. This latest Fleet Week air show fell on October 12, Columbus Day. North Beach has a large Italian population and the city holds an Italian Heritage parade on Columbus Day. When leaving the city after the air show, my friend and I spotted this dark red Dino 246 GT parked on Columbus Avenue. Incidentally, my friend is a huge fan of 246 GTs, so it was a perfect find for both of us. 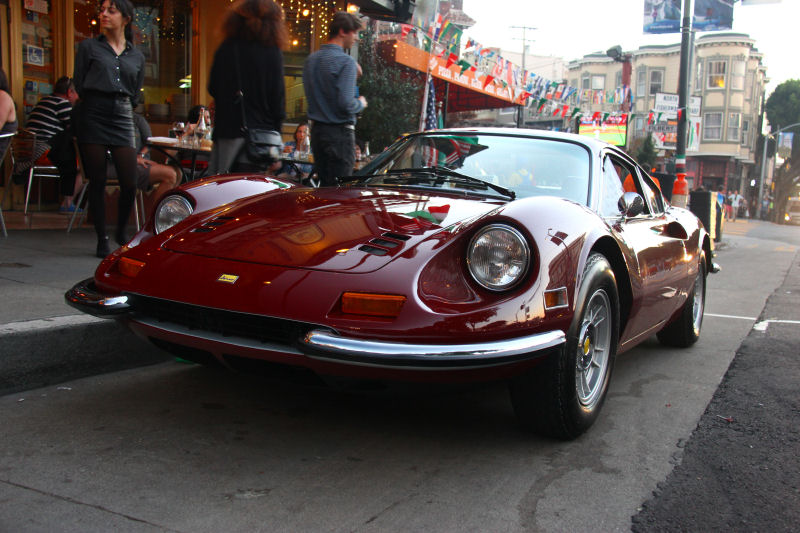 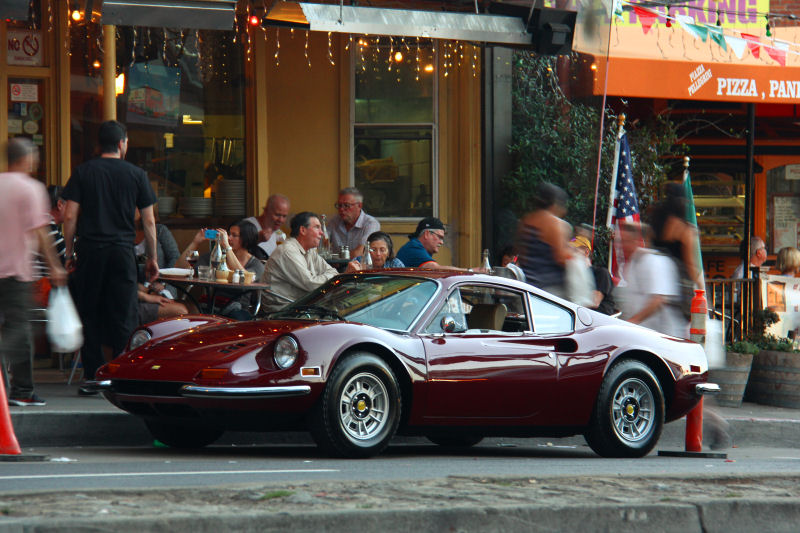 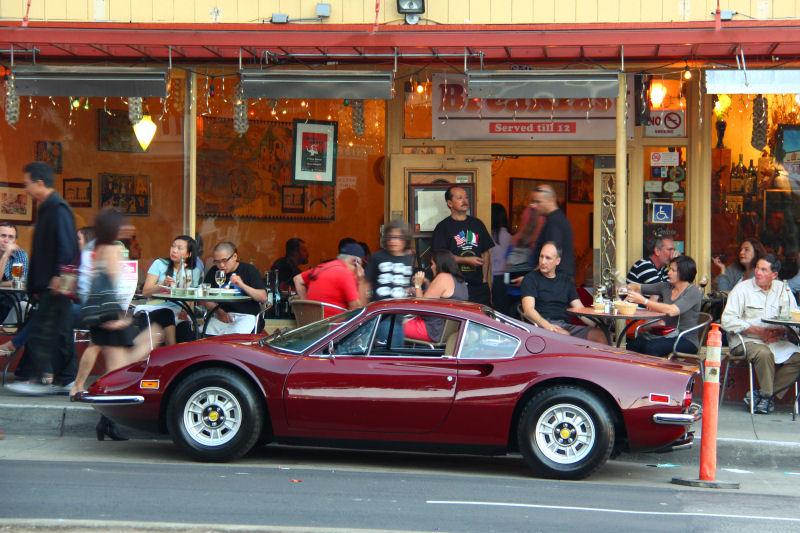 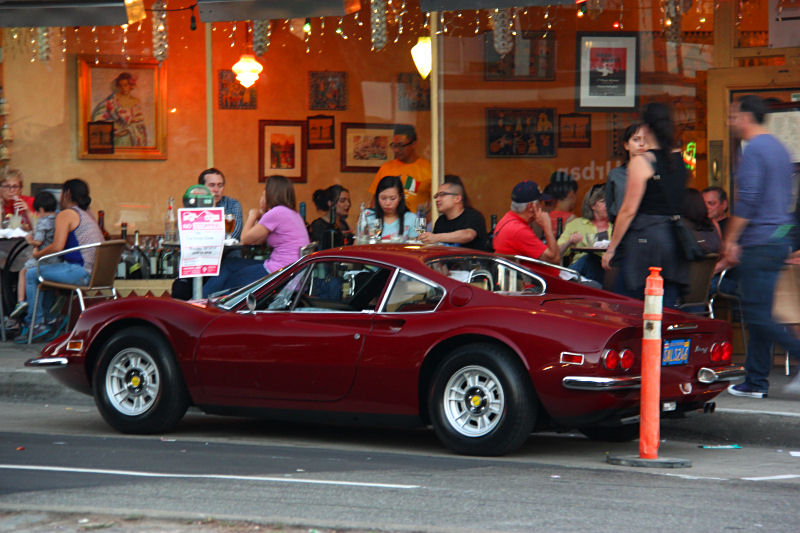 The Dino 246 GT is unusual in that it is commonly associated with Ferrari, but was intended to be a separate marque named for Enzo Ferrari's son, Dino. (The naming convention is not unlike Ford's short-lived Edsel brand, which has led to a lot of people calling them Ford Edsels and Ferrari Dinos.) Dino-branded cars were powered by engines smaller than the trademark V12s favored by Ferrari, and named based on their engine displacement and number of cylinders. The 246 corresponds to 2.4 liters and six cylinders. 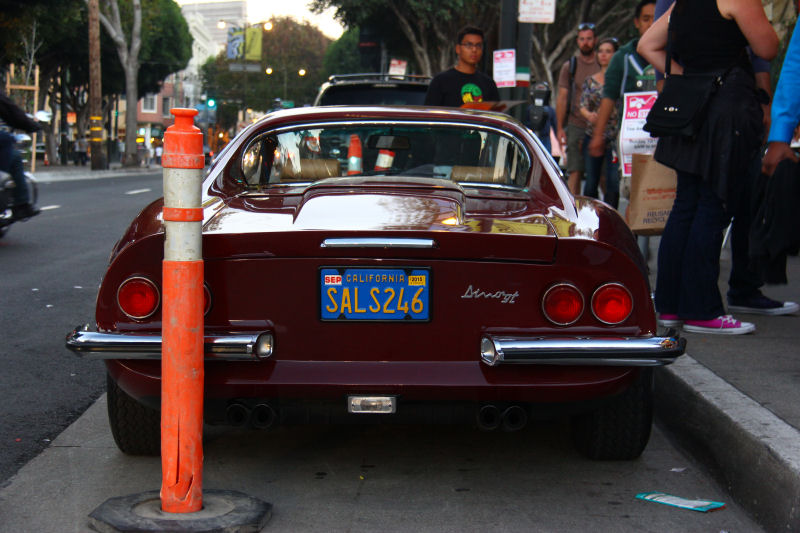 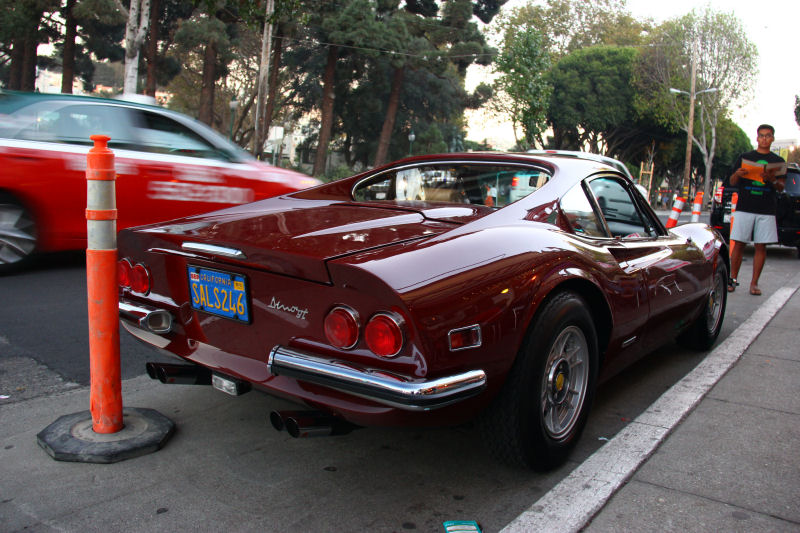 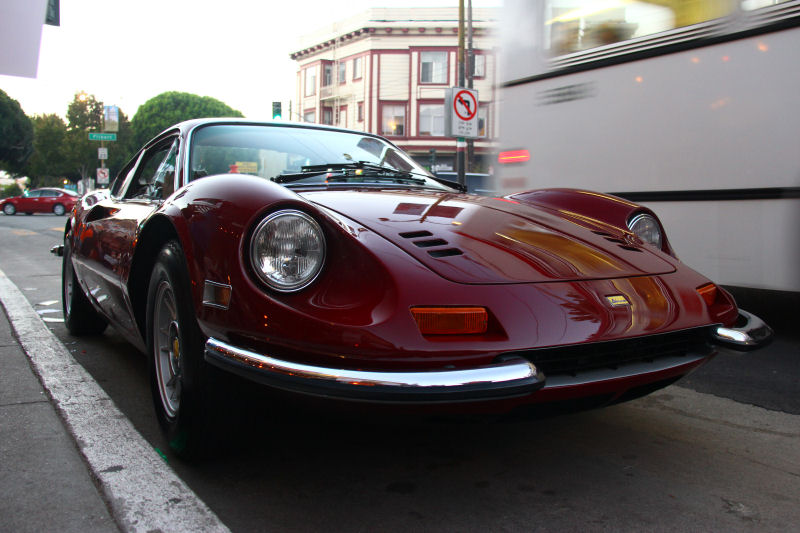 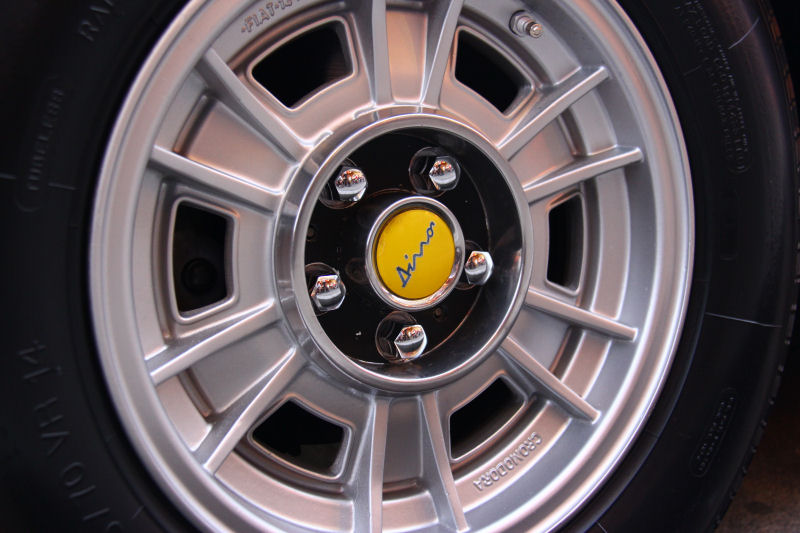 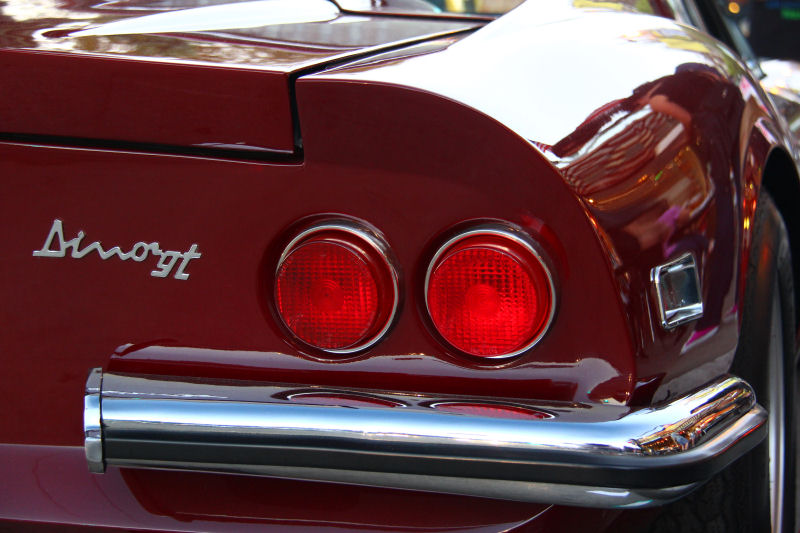 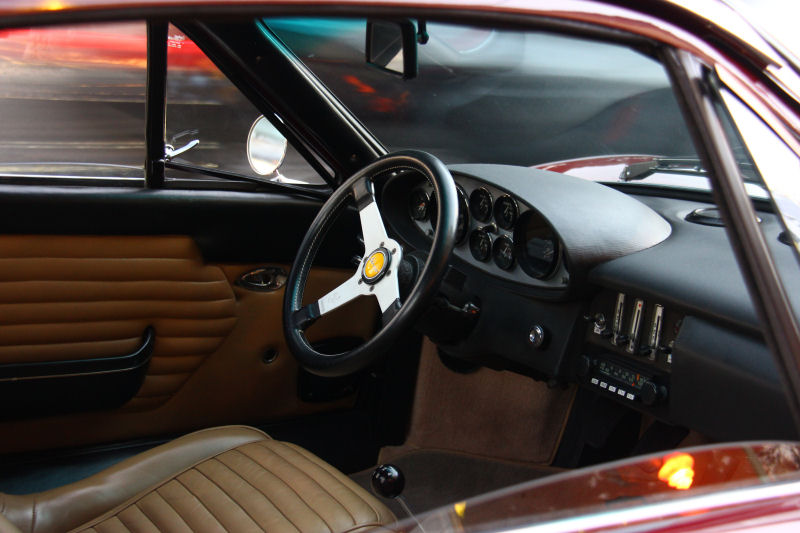 This is the first mid-engined roadgoing Ferrari product I know of. The small V6 engine was what got it greenlighted for production; Enzo didn't trust regular drivers with a midship V12 at the time. The 246 was and is a fairly rare car with a total of 3,569 built of which 2,295 were GT coupes like this one. The rest were GTS Spyders. This example is a US-market car, making it one of 1,431 Series III coupes built. I've seen this car twice before at the Danville d'Elegance charity concours car shows held every September to benefit Parkinson's research. This car won Best of Show in the Italian category in 2011, according to Sports Car Digest. I guess that technically it was on display here too, in front of a restaurant where I presumed the owner was either having dinner, or owns the restaurant. The Dino turns out to belong to the owner of a small chain of Bay Area scuba shops. Most restaurant patrons don't bring their own traffic cones to surround the car, but it wouldn't be the first time I've seen an owner do that when parking on the street. This Dino is truly gorgeous and I can't fault anybody for wanting to protect it.
Posted by Jay Wollenweber at 12:00 AM