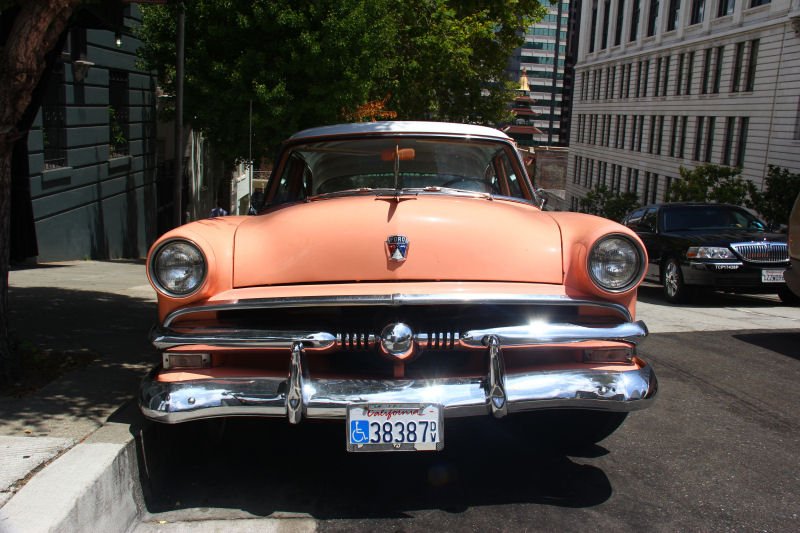 We've looked at a number of mid-1950s Fords already on California Streets, but none were ever quite as quintessentially "Fifties" as this one. This very pink '53 Customline spotted near San Francisco's Chinatown is a great example of one of my favorite model years of the decade. 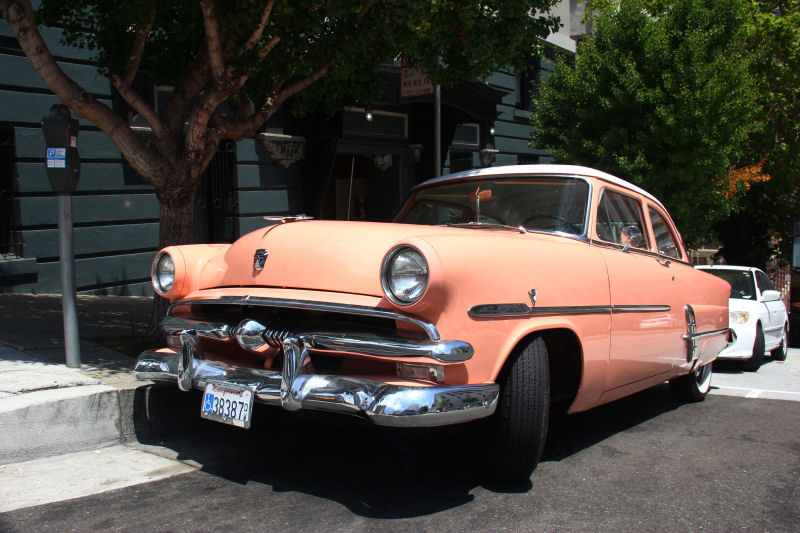 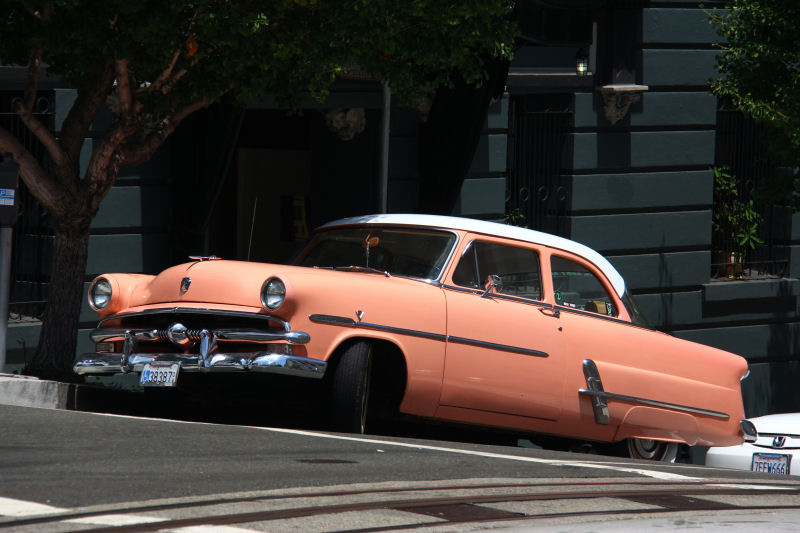 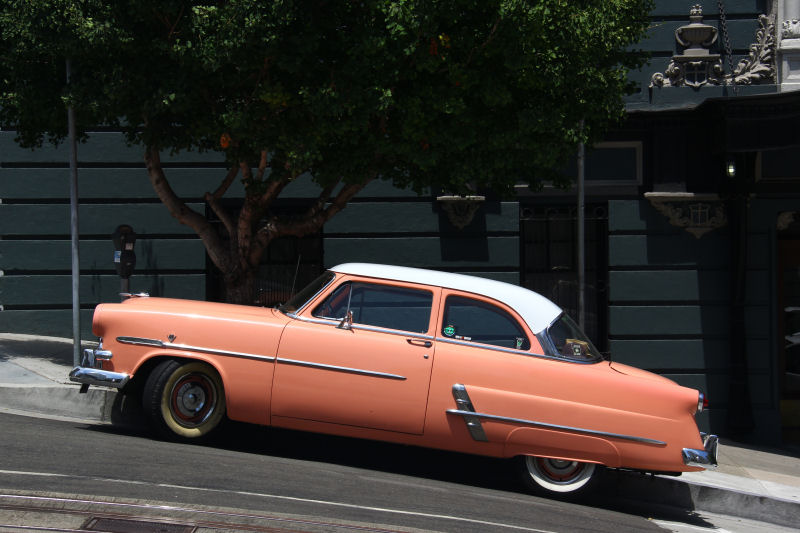 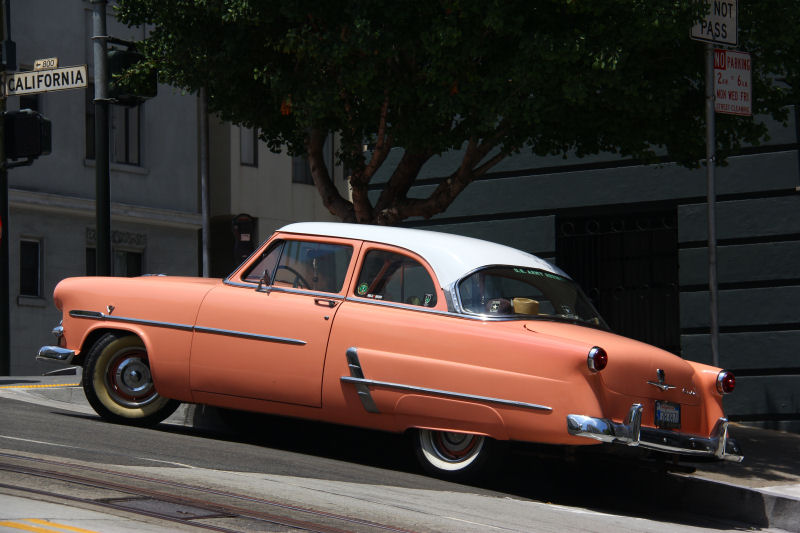 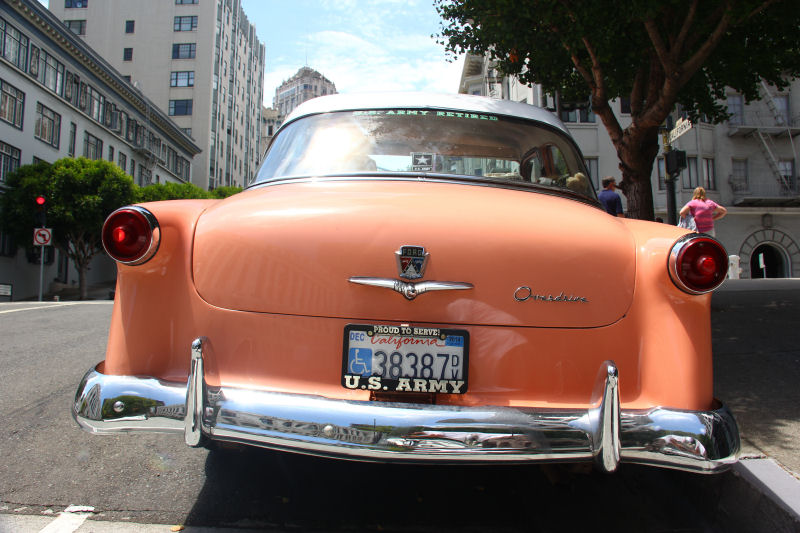 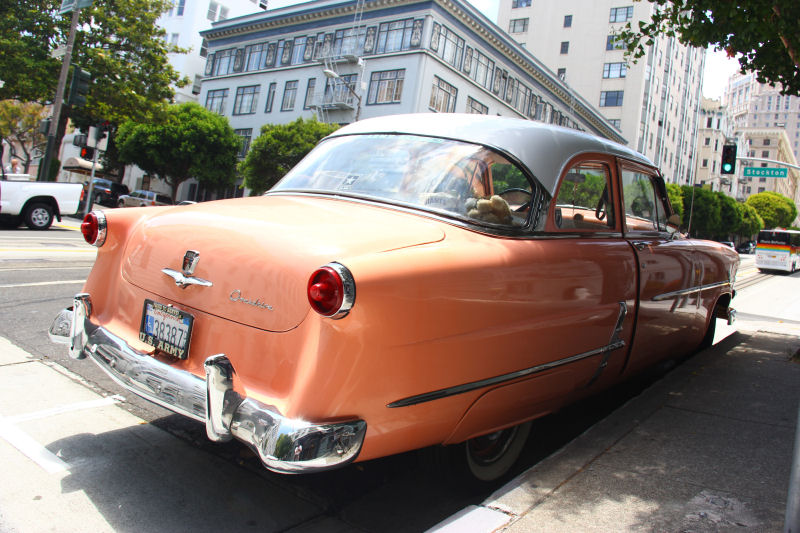 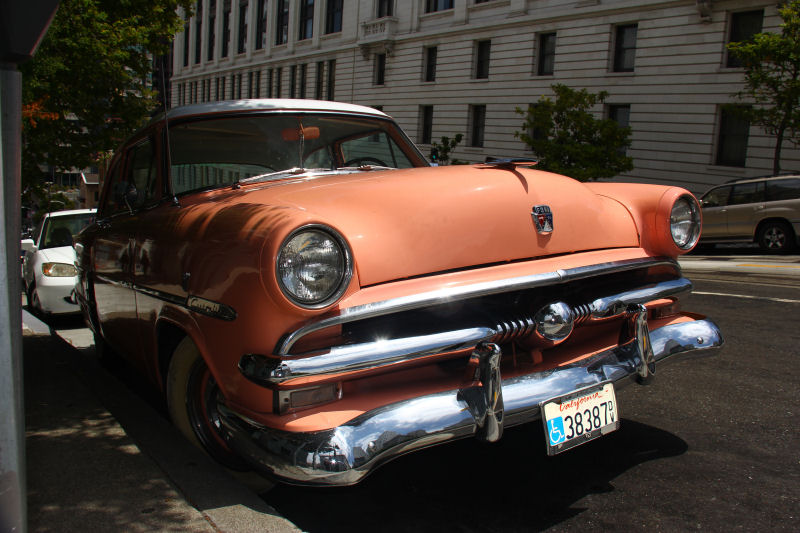 The Victoria hardtop and Sunliner convertible are the collector's items of the 1953 lineup, but a regular mid-range Customline Tudor Sedan is an affordable classic that still turns heads on the street, especially when painted a period color scheme. The Tudor is an unusual thing in that a Club Coupe style was also offered, which looks very similar but the rear quarter window is shorter. This one is actually not a stock color for the model year, as no lighter pinks were offered until Cameo Coral in 1954. The closest one in 1953 was Flamingo Red, which was more of a grapefruit tone. The pink and white two-tone works well, with color-matched factory wheels and wide whitewall tires. The color scheme continues on the inside, with pink interior trim and white stitched vinyl upholstery. This one is a 239 cubic inch flathead V8 car with what appears to be a manual transmission with optional overdrive. Cool features in this car include the Ford 50th Anniversary commemorative steering wheel hub badge (a factory item in all '53 Fords) and an aftermarket "suicide knob" for lazy cruising and one-handed steering. Power steering was available for the first time on '53 Fords, but this car might not be so equipped. 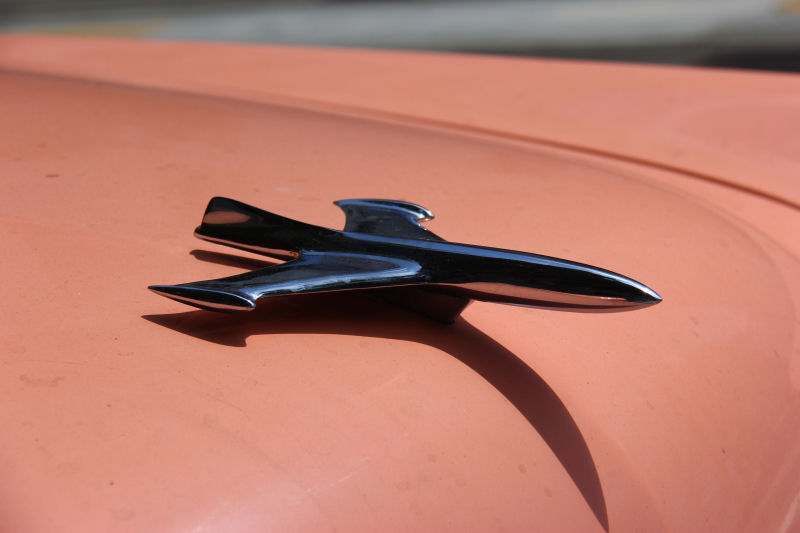 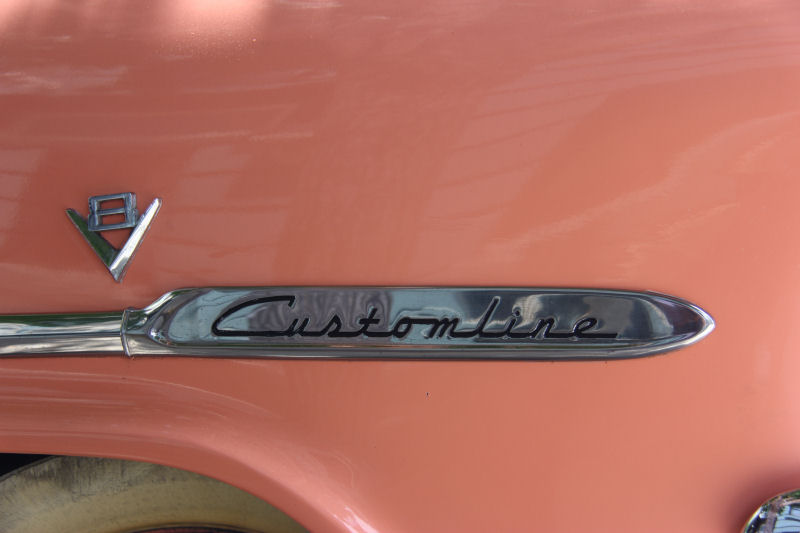 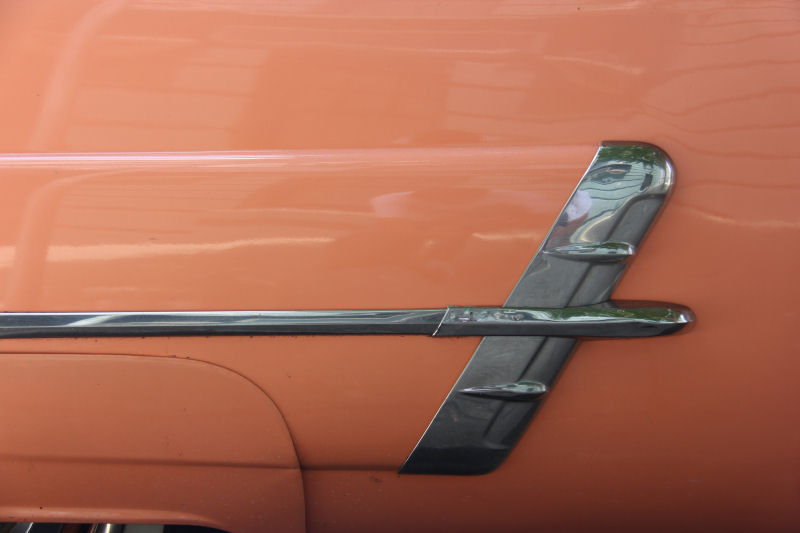 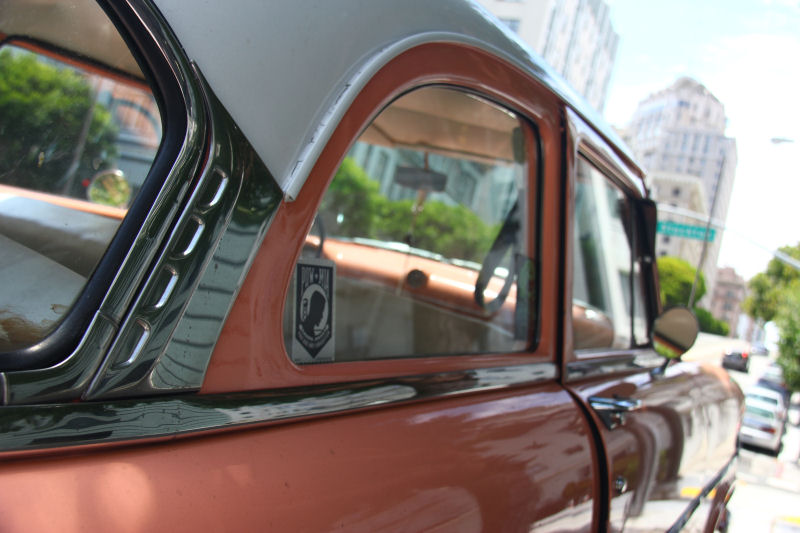 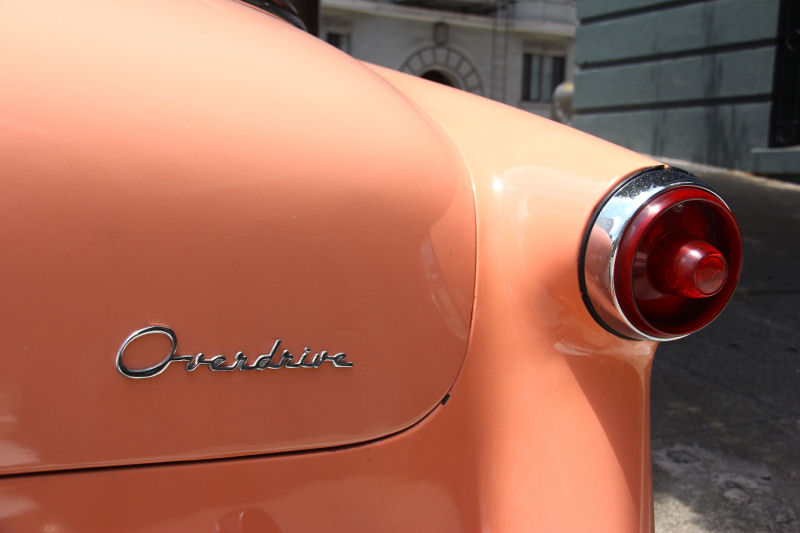 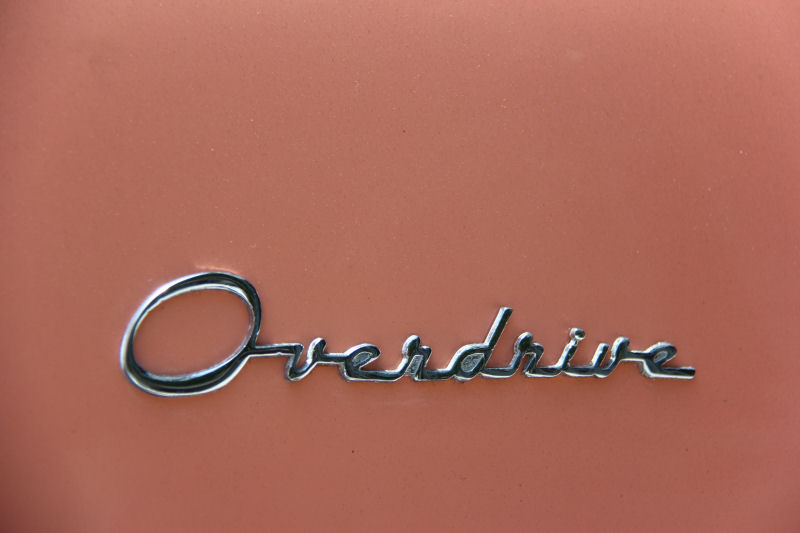 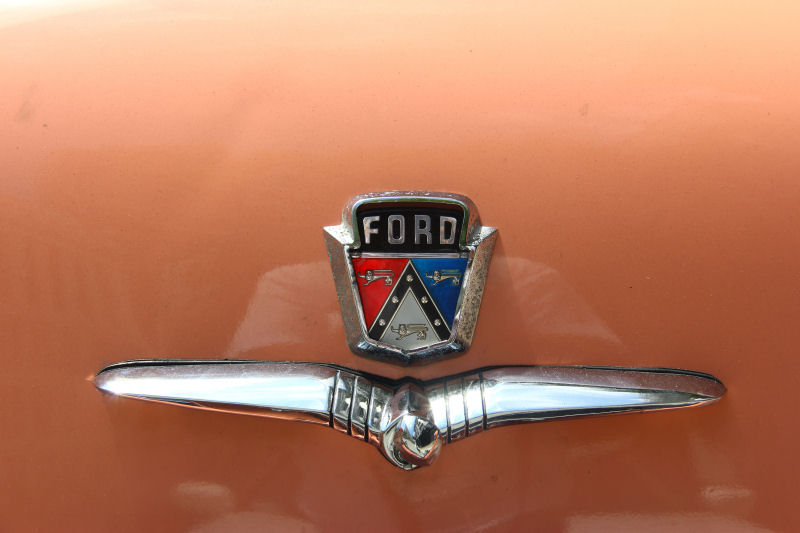 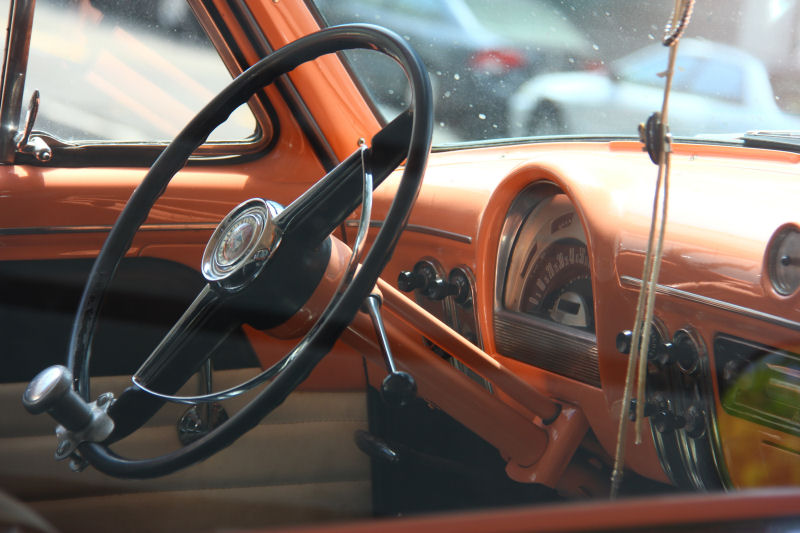 As indicated by the license plate and various stickers around the car, the owner is a retired U.S. Army veteran. Thank you for your service, sir. Your Ford is peachy keen.
Posted by Jay Wollenweber at 12:00 AM