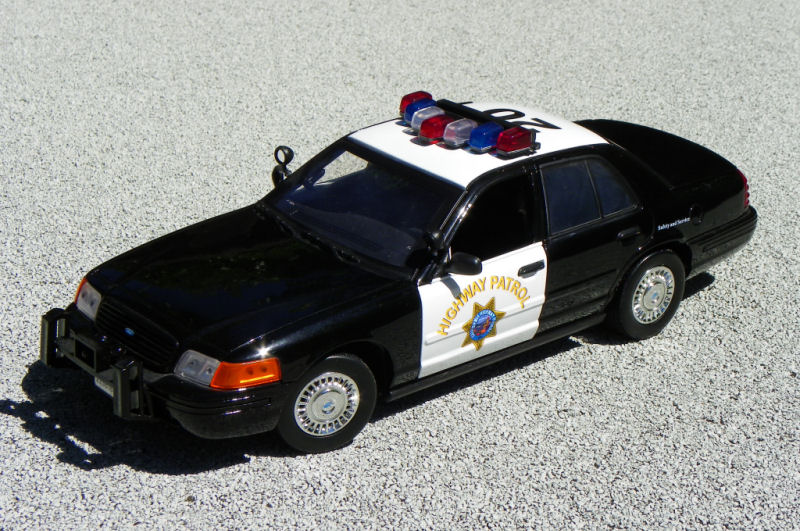 If you've ever checked out eBay for police car diecasts, you'll know that it's a highly lucrative business. Collectors are often willing to pay a hefty price premium for an authentic replica, custom or otherwise, of their local agency's cruisers. A multitude of brands produce dozens of department liveries, and those that aren't covered by official releases are accommodated by releasing a plain black or plain white car ready to be detailed with waterslide decals offered in the online aftermarket. Some builders run wiring through the big 1:18 scale cars and install battery-powered LEDs that allow the squad car to have flashing lights and sometimes even sounds. It's a pretty cool effect. Unfortunately, a lot of the better police car replicas are rare and expensive, such as Auto Art's Ford Crown Victoria and UT Models's Chevrolet Caprice. 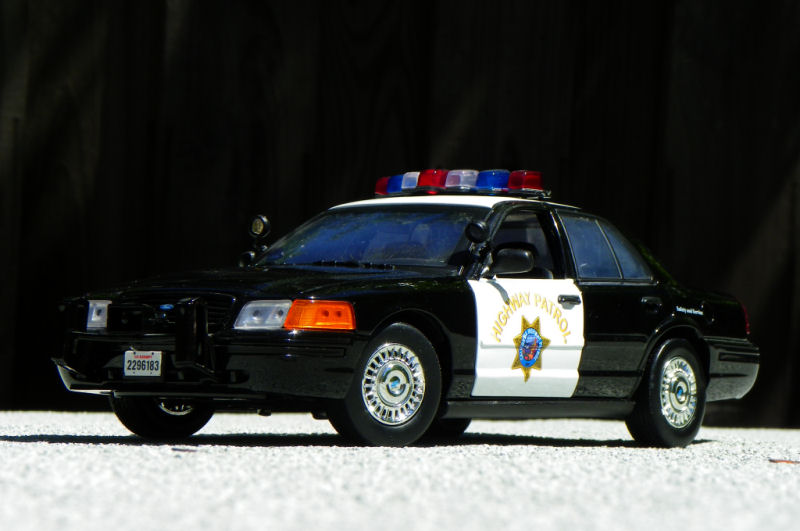 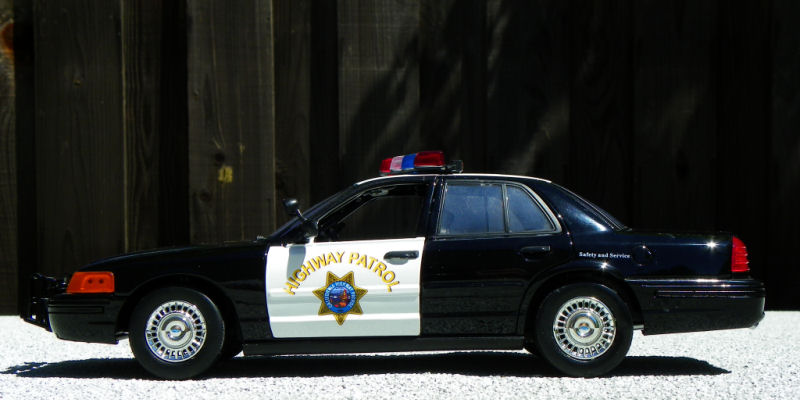 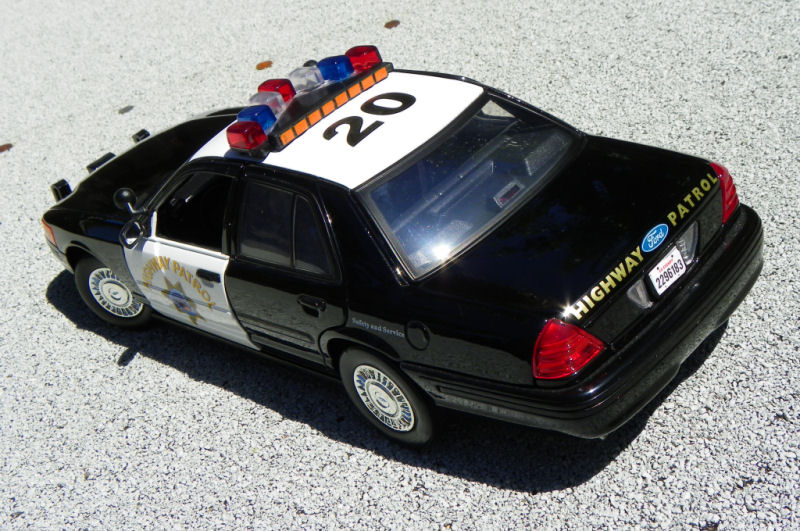 This is the very reasonably priced Crown Vic by Motormax, a casting which has been around the block a few times. I believe it is the old Auto Art casting, reused by Motormax, Daron and Greenlight. Which is funny, because they all have different lightbars and liveries, but are fundamentally the same. And yet the Motormax version is cheapest. 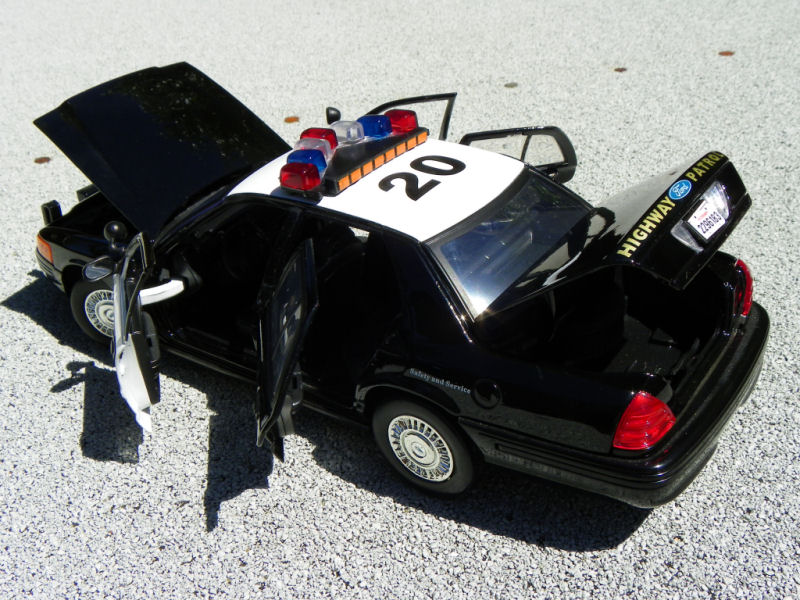 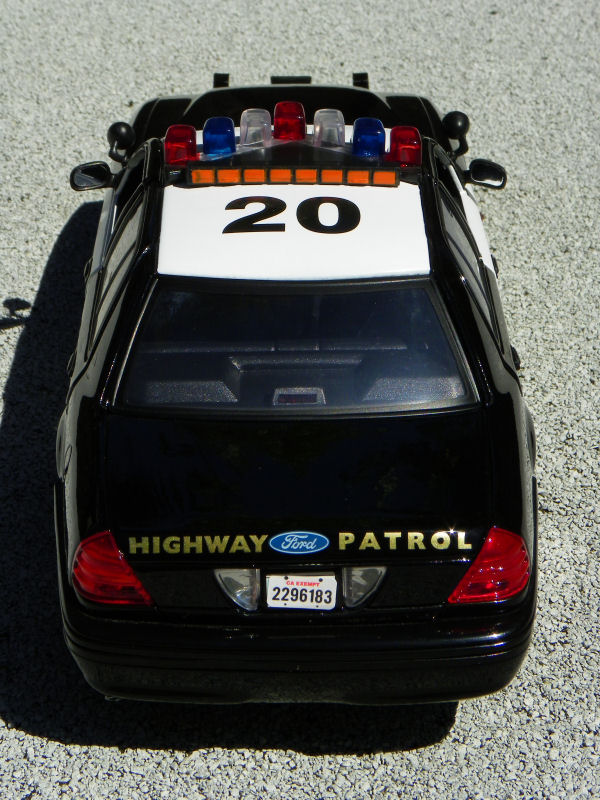 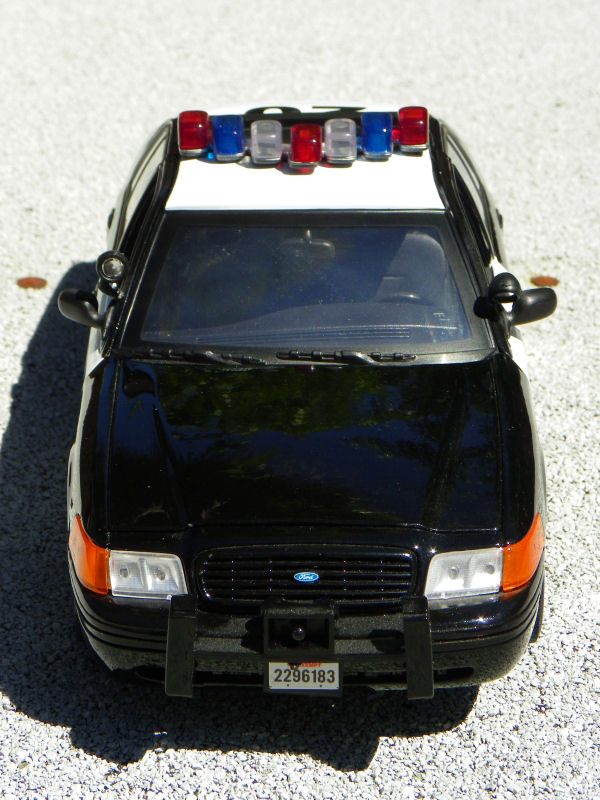 I am used to Motormax being just about the bottom of the barrel for 1:18 scale quality and detail. They are usually budget models for kids who will play with, scratch and probably break them. And then there is this car, which has four opening doors and surprisingly high levels of detail and quality of construction for a $30 model. I originally purchased it as a pursuit vehicle for a stop-motion animation I filmed for a college class project in 2010. 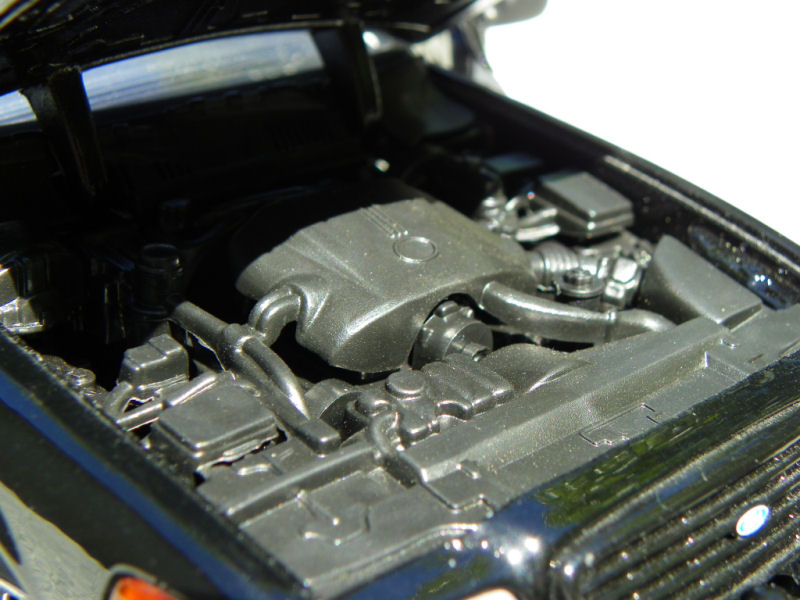 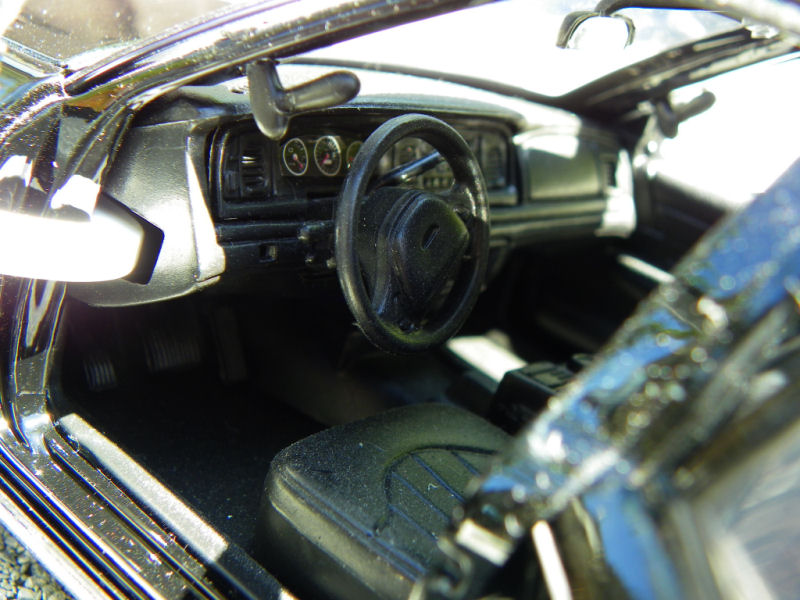 Looking at this car, one can tell that it's a budget model. The headlight lenses have obvious mounting pegs, there is no working suspension, no embossed logos on the tires and the hinges are massive dogleg and gooseneck affairs with the exception of the rear passenger doors. The interior is all black plastic and the engine is all molded in the same black plastic. The body graphics and paint are crisp and of good quality. Knock on wood, nothing has fallen off of the car in the time I've had it. My biggest gripe about it is the oversized Ford blue oval on the trunk lid. 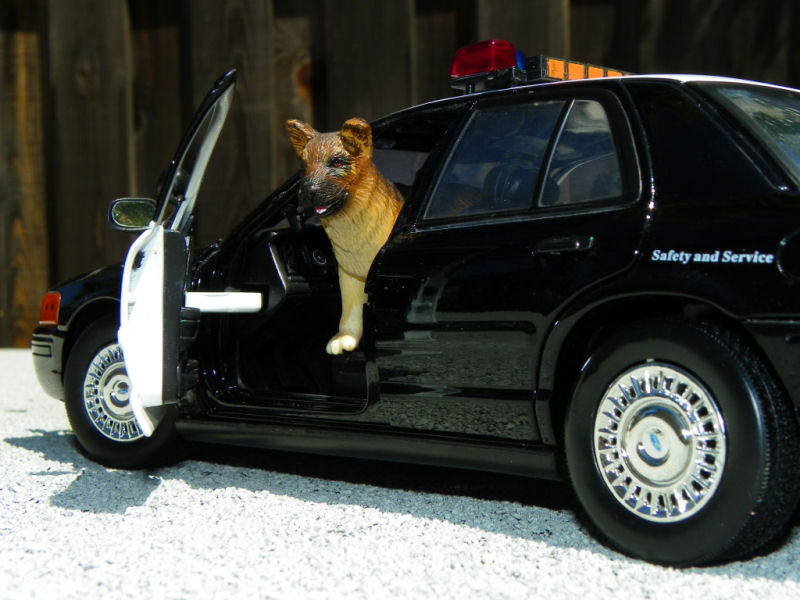 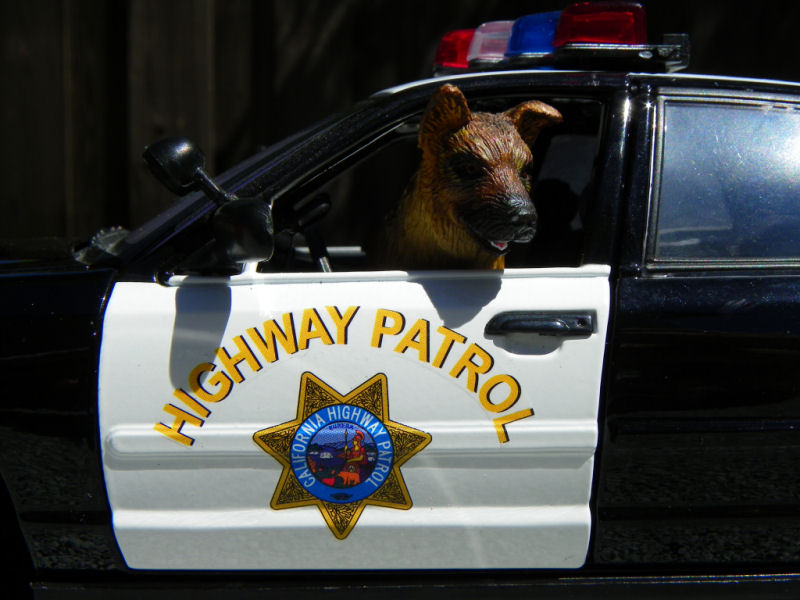 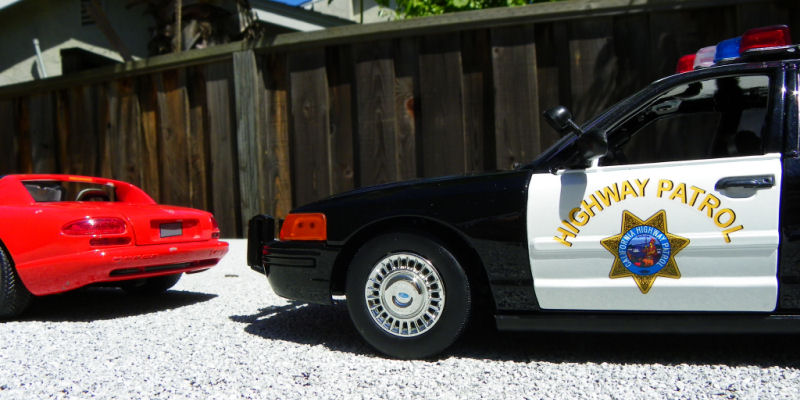 If you're looking for a Crown Vic Police Interceptor in 1:18 scale, a car like this isn't a bad option. It's available in some twenty variations to date, ranging from an unmarked Special Service detective car to a Royal Canadian Mounted Police constable's car to a fire chief's car and the ubiquitous yellow taxi.
With customizable unmarked versions available and a variety of grilles, lightbars, pushbars, spotlights, wheels and other pieces, the Motormax Crown Vic seems like it can be made to match just about any department's cruiser (at least in North America) at minimal expense.

K9 unit not included.
Posted by Jay Wollenweber at 12:00 AM