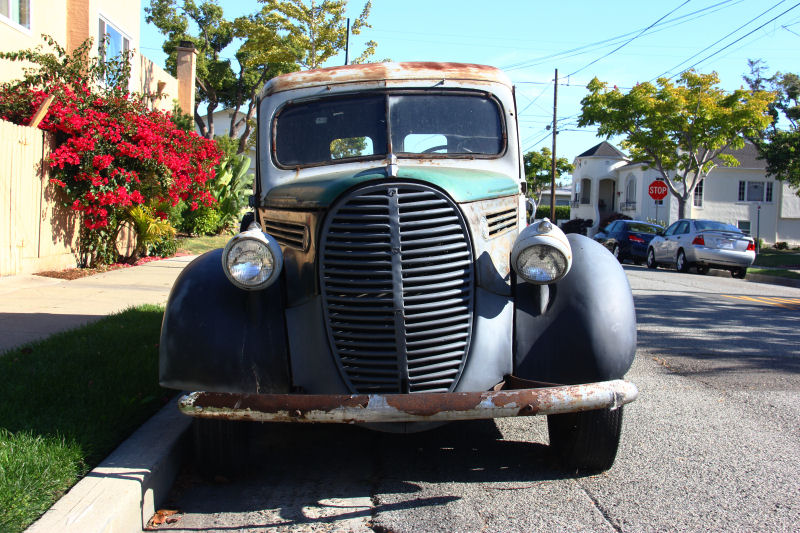 Ahh, patina. One man's restoration project is another man's rat rod. Coming to Alameda from Barn Fine Classics in Washington state is this '39 Ford panel truck with not very much paint but a whole lot of character. 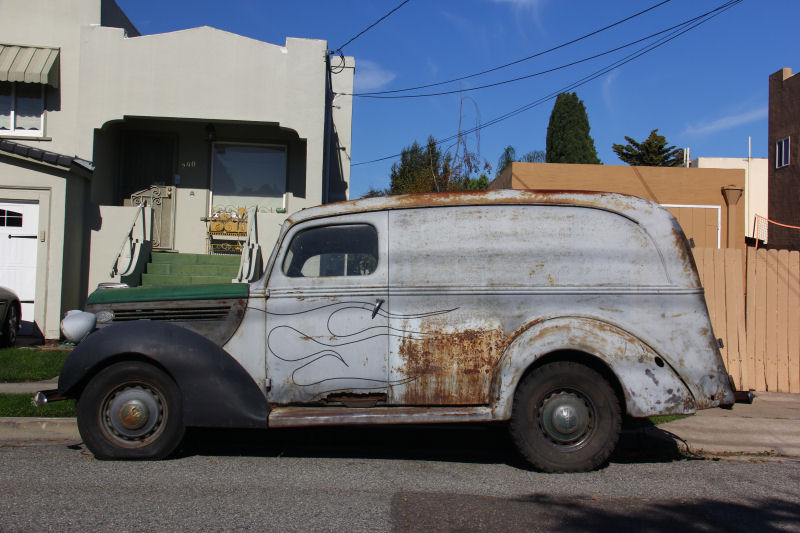 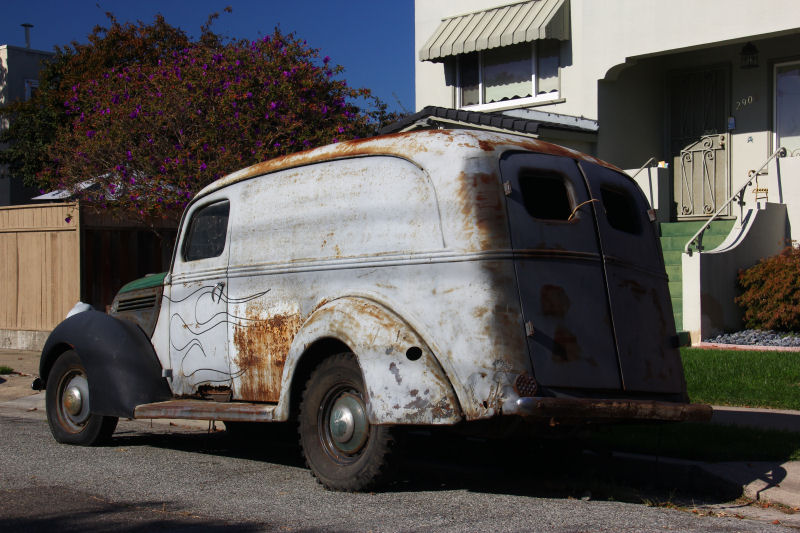 The late 1930s were a strange time for Ford trucks. Ford dropped the handsome 1936 grille shell for a new oval-shaped piece that I always thought looked ungainly and fragile at the same time. The oval grille lasted from '38 through '39 before a nice V-shaped waterfall grille inspired by the passenger car line bowed for 1940. All models came with flathead V8s rated at 60 or 85 horsepower, with a 95 horsepower engine available by special order. Output was denoted on the Ford oval badges on either side of the hood (this one is an 85 hp model). The only really important new feature for '39 was hydraulic brakes. 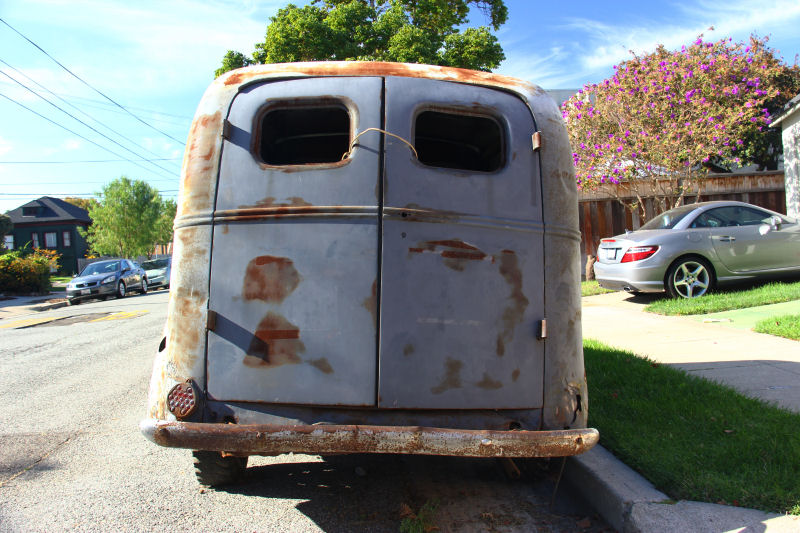 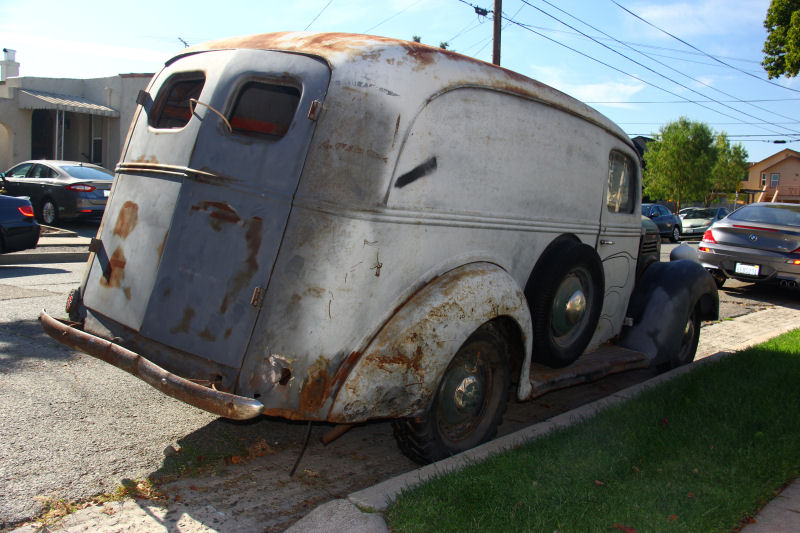 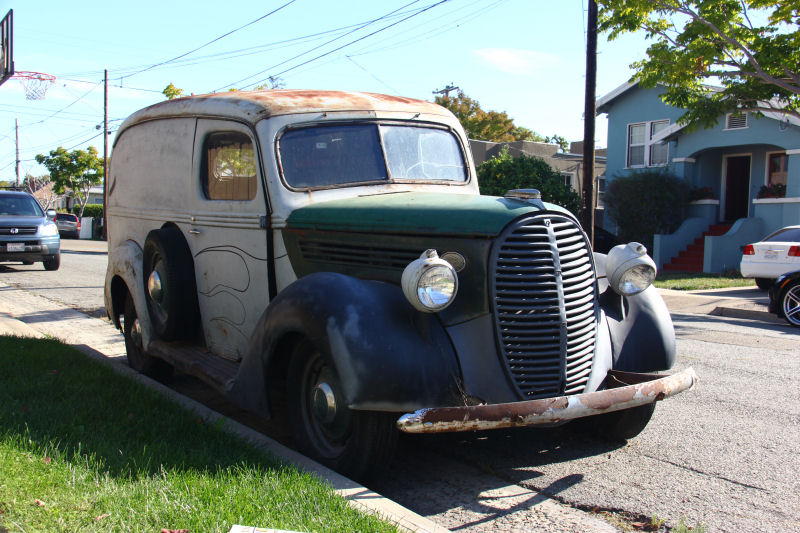 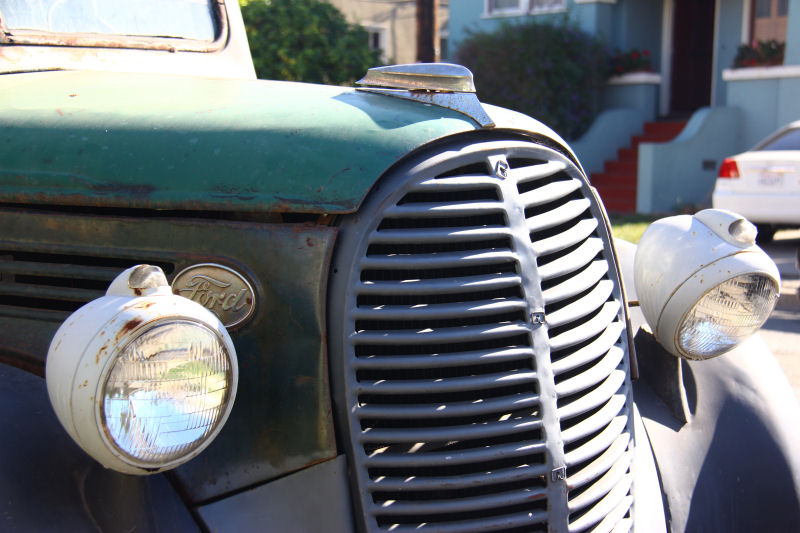 This truck has some very interesting patina for sure. There's a lot of old gray primer, a replacement hood off a green truck and a whole lot of rust. The doors are just about done, and the body and fenders will need many hours with a hammer and dolly to get the dents out. Note the metal sign that has been used as a patch panel on the passenger-side door. I find it interesting that the truck is designed with an indentation in both the right rear fender and the body side itself to hold the spare wheel. As it sits, it all looks a bit haphazard with no locking mechanism on the rear doors, no license plates, mismatched tires, a single taillight and one headlamp hanging down askew. The one thing that kind of breaks up the overall "oldness" of the truck is the set of marking-pen flames that in my opinion don't really go with it. 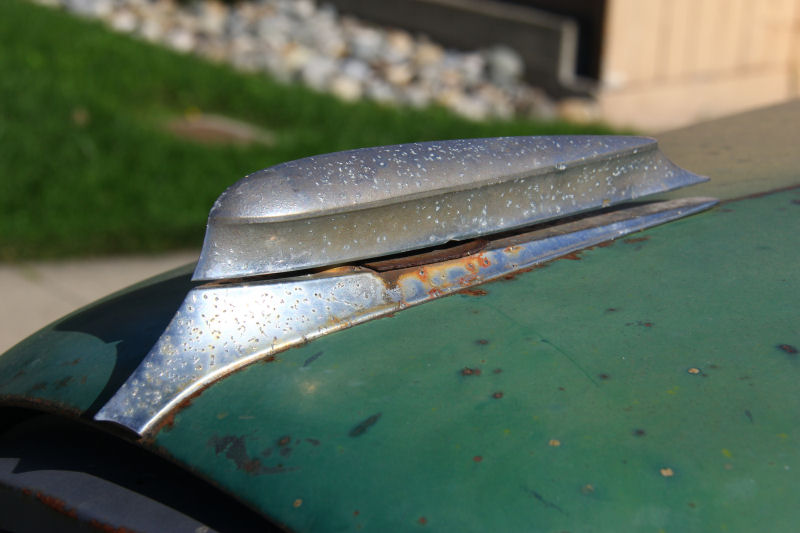 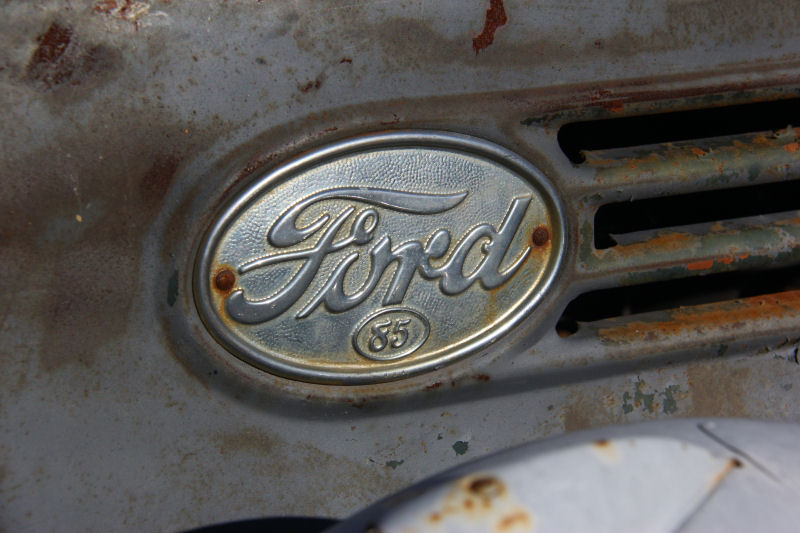 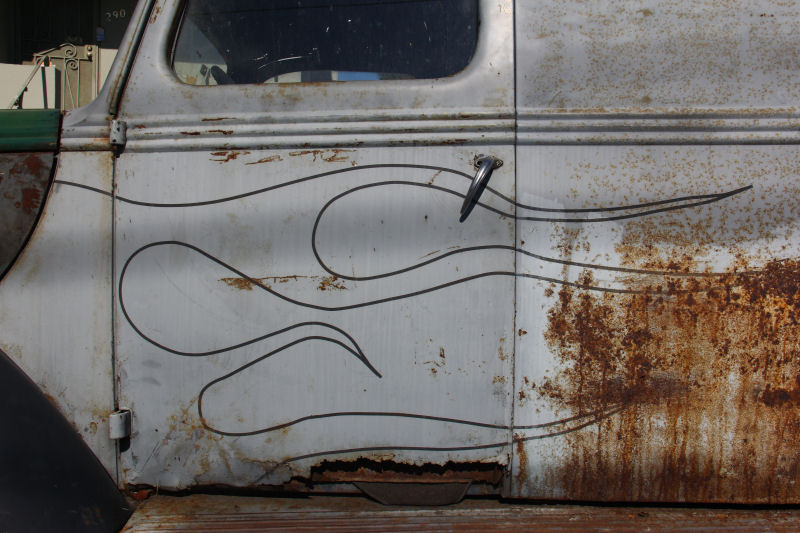 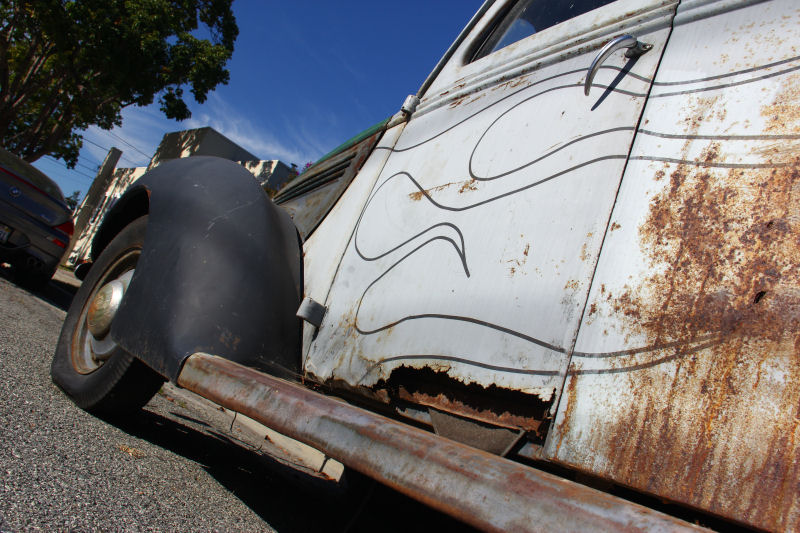 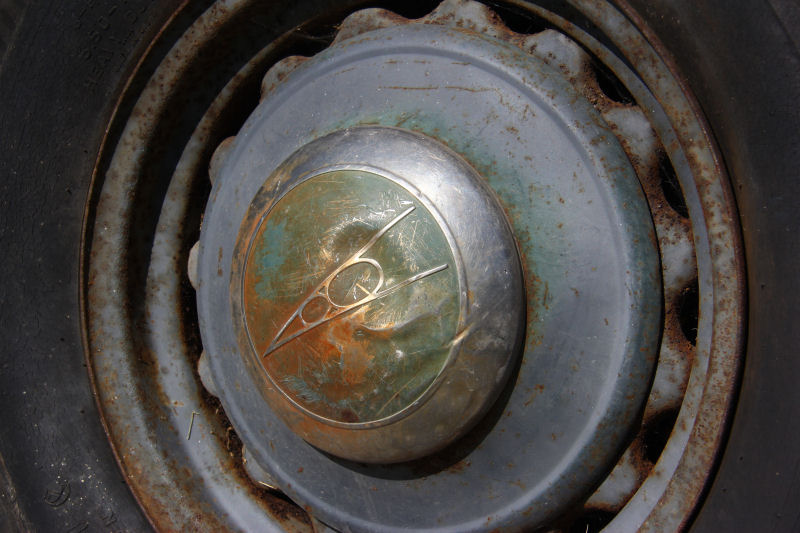 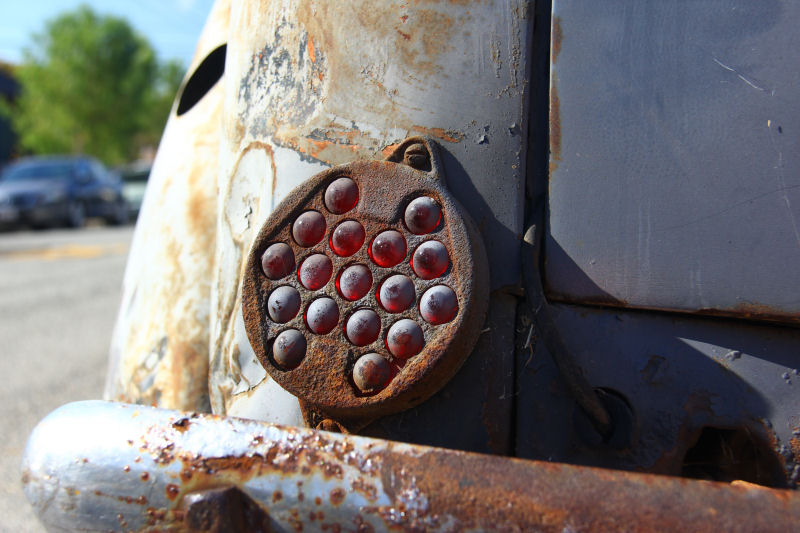 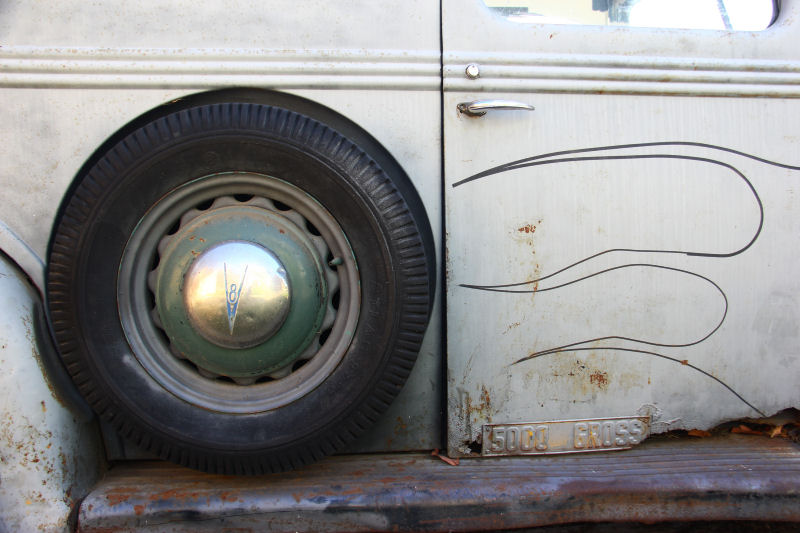 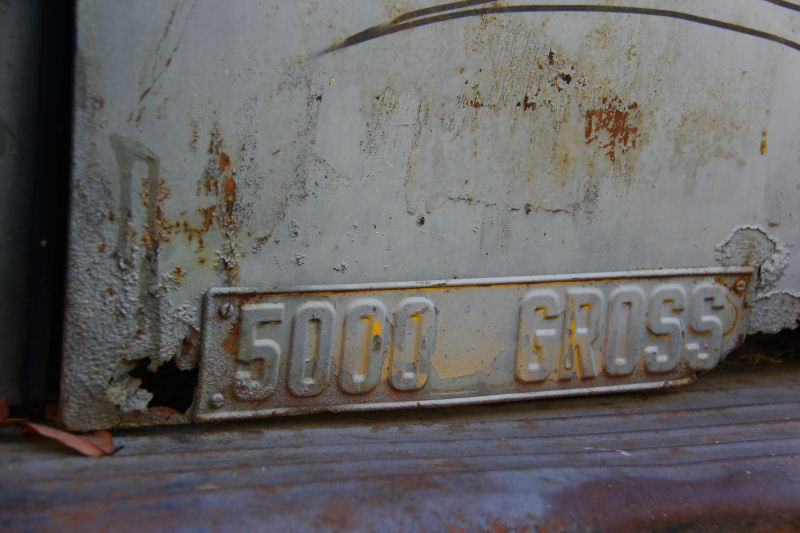 I have no idea what the owner's plans are for this panel truck, but it has great potential if they want to put in the work. If you're going to buy a project from two states away, you must have some kind of build in mind. I'd be interested to see where it goes from here.
Posted by Jay Wollenweber at 12:00 AM