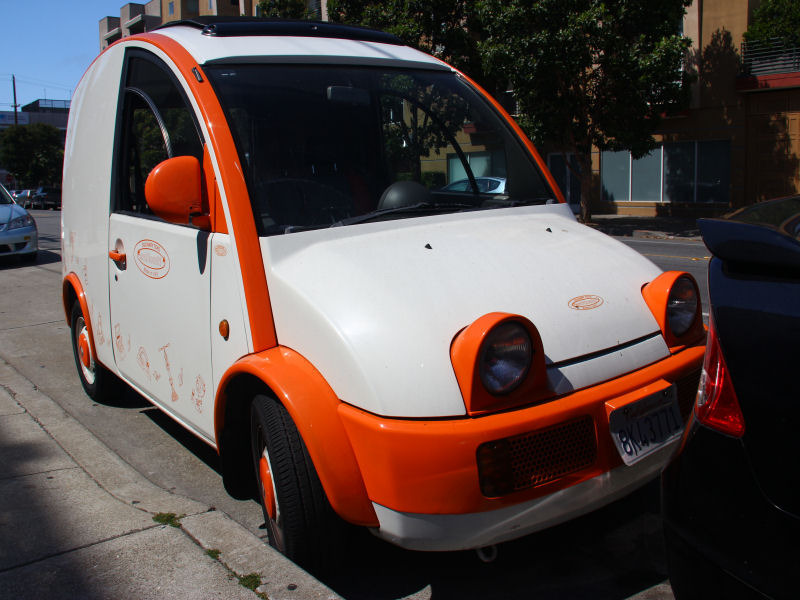 Some people go nuts for Japanese culture and "JDM" everything. JDM refers to Japanese Domestic Market, a Japanese car made to be sold in the Japanese islands and comply with Japanese road laws. That usually means right-hand-drive, different styles of lights, sometimes unique sheetmetal, trim packages and sometimes unique models entirely. This is one such Japan-only model, the Nissan S-Cargo. 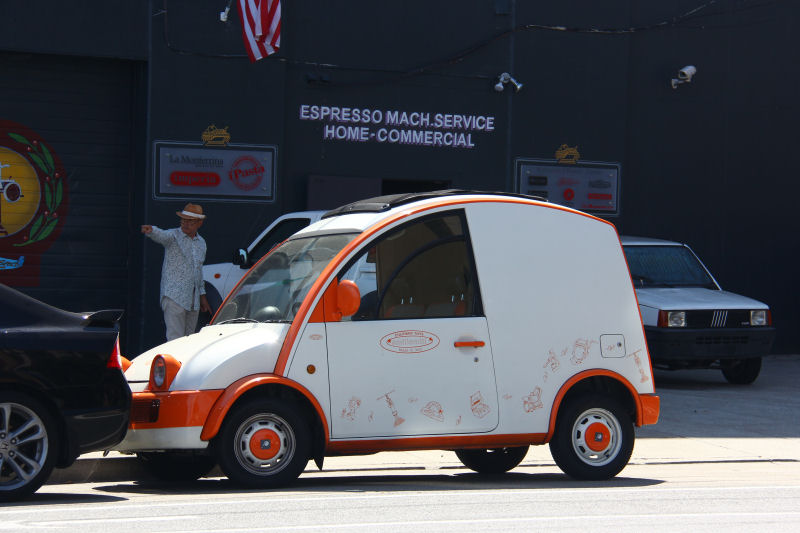 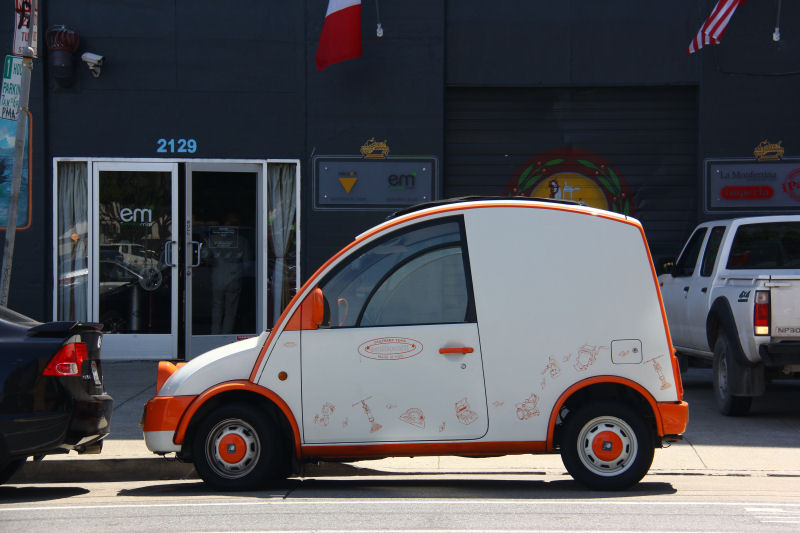 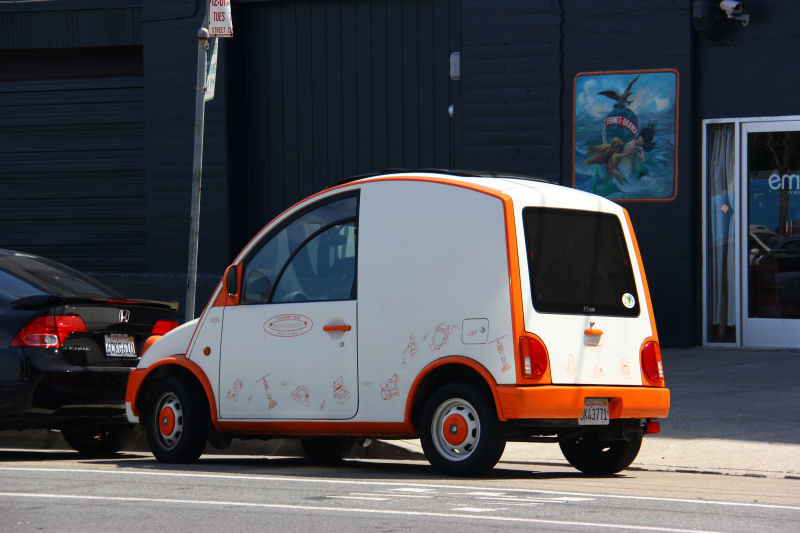 The S-Cargo was a niche product, a small van produced by a Nissan special projects division called Pike Factory between 1989 and 1992. It was inspired by the Citroën 2CV Fourgonnette, and its name is a play on the French word escargot, meaning snail. S-Cargos were only offered in one trim level with one engine and transmission, a 1.5 liter four-cylinder hooked to a three-speed auto driving the front wheels. Options included an oval side window and a fabric sunroof, the latter of which is seen on this example. 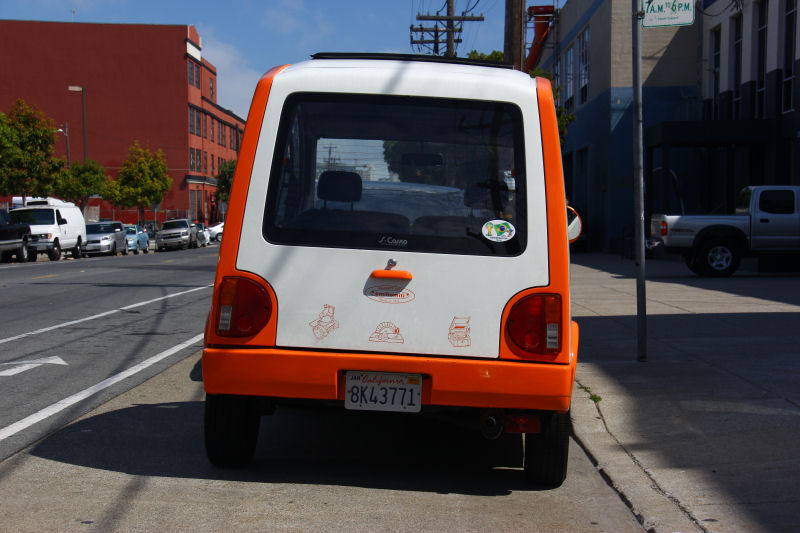 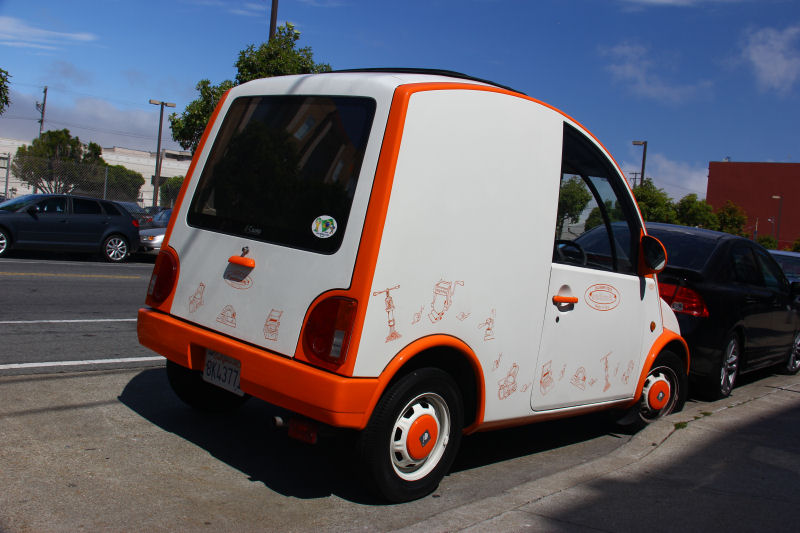 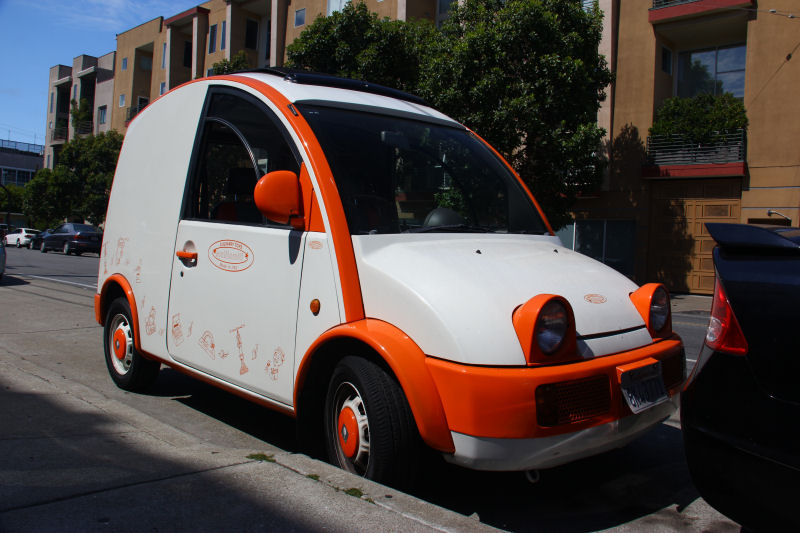 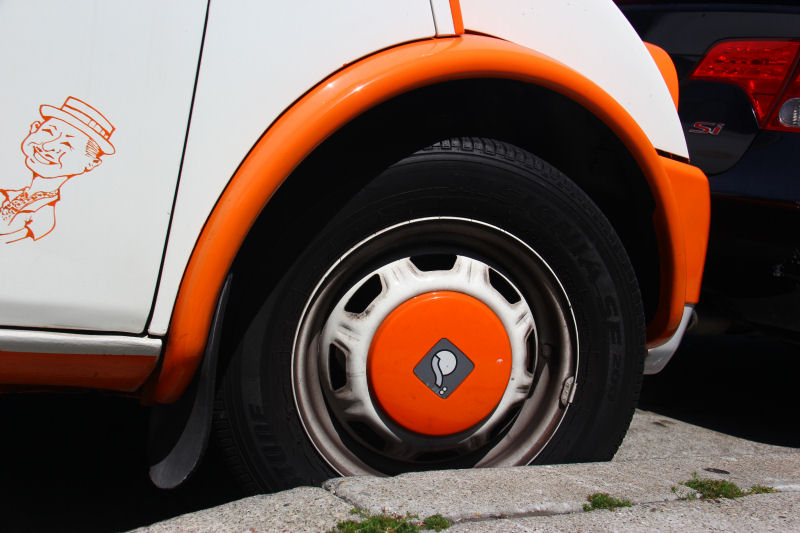 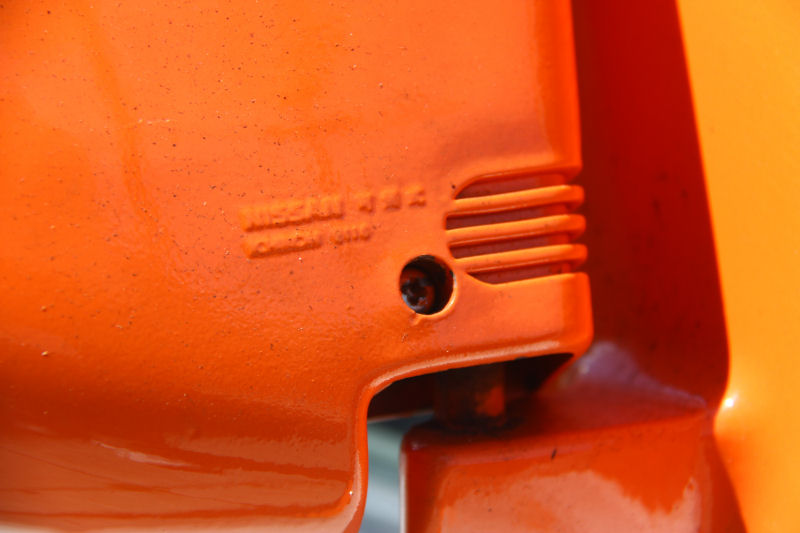 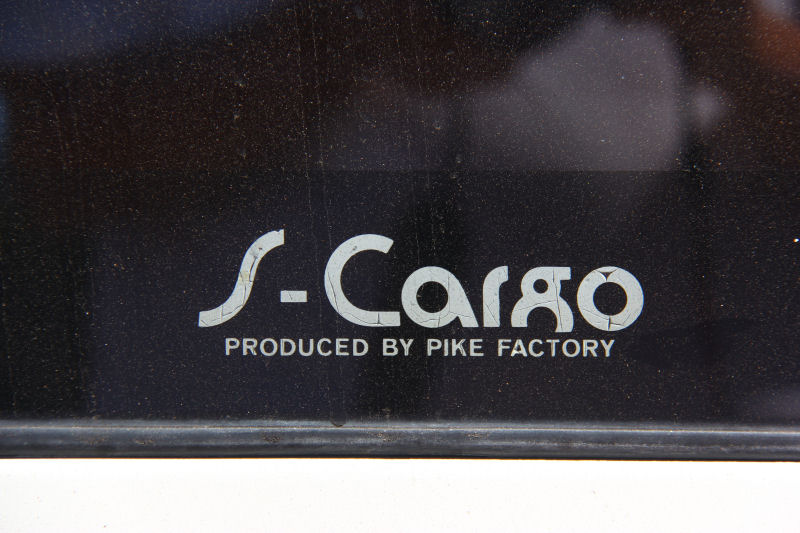 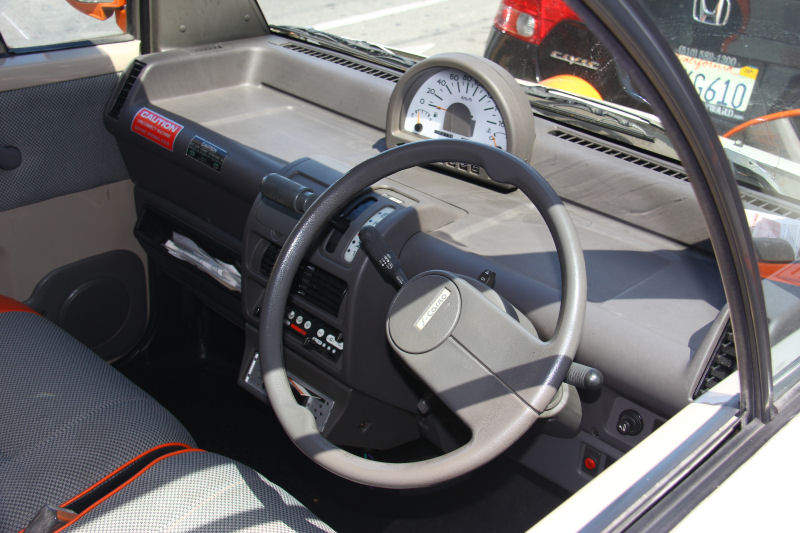 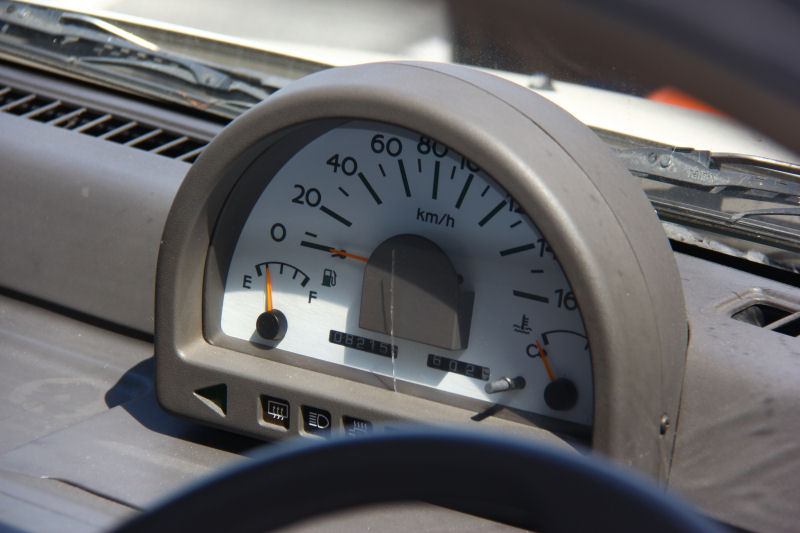 I've known about this van since at least 2007. I'm frankly surprised it ended up in the States given our importation rules, though it has the same engine as a Nissan Pulsar so I'm sure it can meet California smog standards. Normally I would use smog records to look up the model year, since the S-Cargo never underwent model year changes that I know of. But alas, it has no tests on file with these plates. It's owned and operated by a company that sells pasta machines and other Italian "culinary toys". There are some interesting vehicles around this one. Note the early Fiat Panda and the Mexican crew-cab Nissan NP300 pickup in the background. This was also around the block from the Olds Vista Cruiser wagon I featured recently.
The S-Cargo's not the biggest or most practical cargo hauler in town but it's definitely one of the most eye-catching and distinctive.
Posted by Jay Wollenweber at 12:00 AM