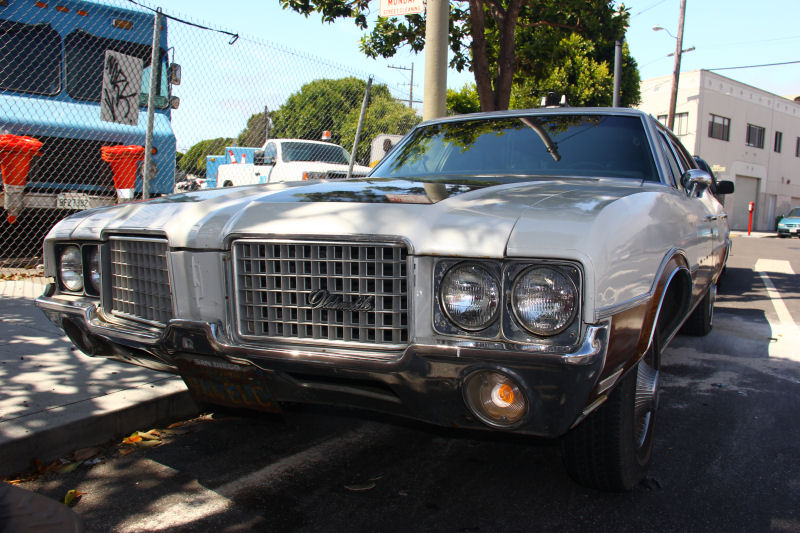 A lot of people are familiar with the Wagon Queen Family Truckster from National Lampoon's Vacation. Anyone remember what Clark Griswold traded in at Lou Glutz Motors when he got the Truckster? It was an Olds Vista Cruiser wagon. Unlike the Griswold car, though, this '72 model hasn't been crushed flat by an unscrupulous car dealer bent on selling a badly-modified Country Squire. 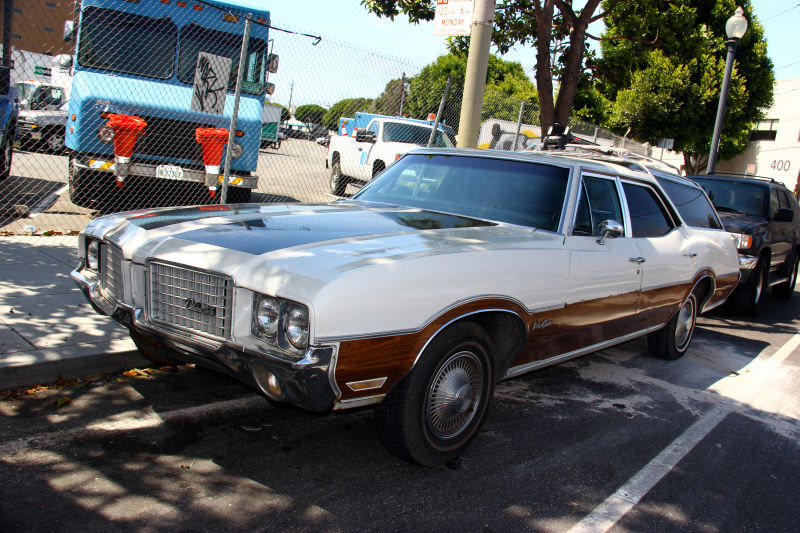 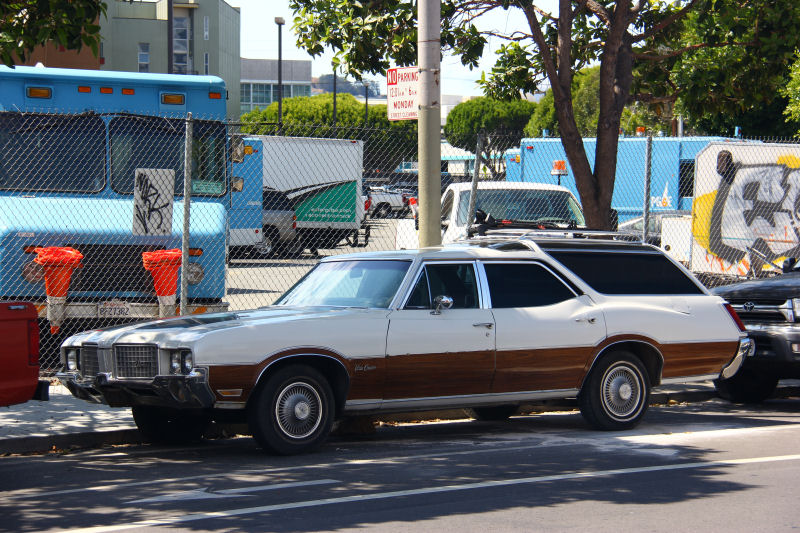 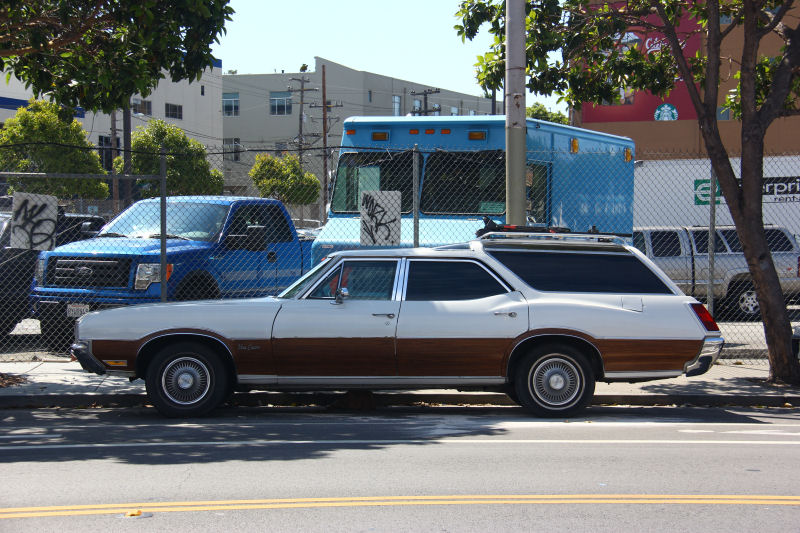 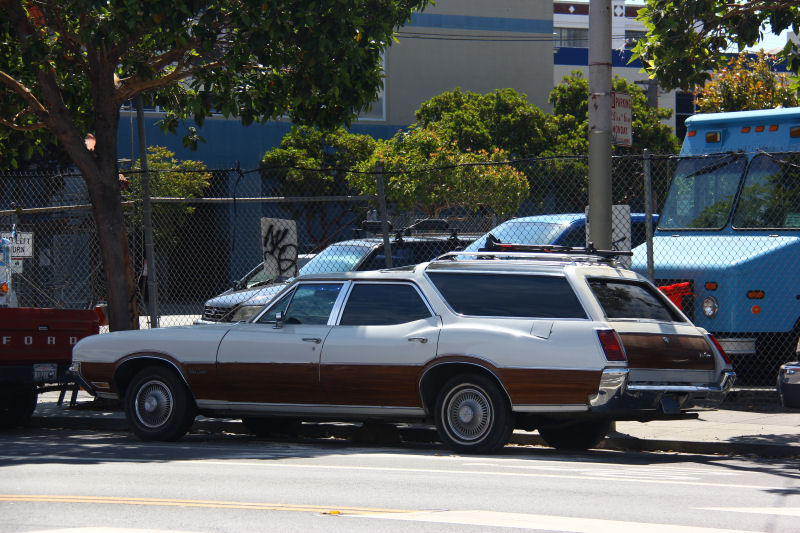 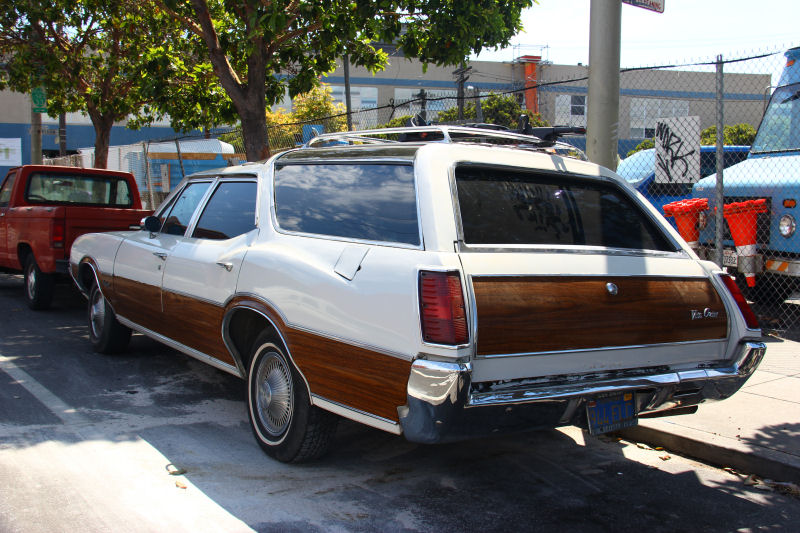 I've long had a soft spot for Vista Cruisers, so named for their unusual raised roof sections featuring glass skylights offering rear passengers a limited view of the sky above, sort of an early approach to the now popular panorama sunroof common in minivans and crossover SUVs. The Vista Cruiser first appeared in 1964 as an upmarket, long-wheelbase Cutlass wagon and twin to the Skylark-based Buick Sport Wagon. In 1968 it adopted an all-new body design with muscular wheel arches and Coke-bottle stylng. Simulated wood paneling decorated the bottom half of the body only. Powertrain options in 1972 included a standard 350 V8 or heavy-duty 455 V8 from the 442 muscle car. It was technically possible to get a 455 big-block, Hurst four-speed Vista Cruiser. Subsequently, some enthusiasts today like to modify their Vistas into "phantom" 442 wagons with all of the correct body parts, badging and striping for a 442. 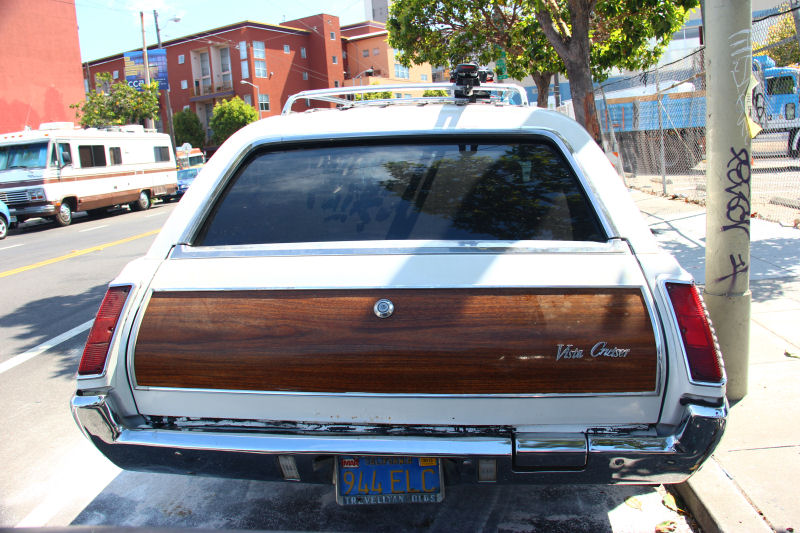 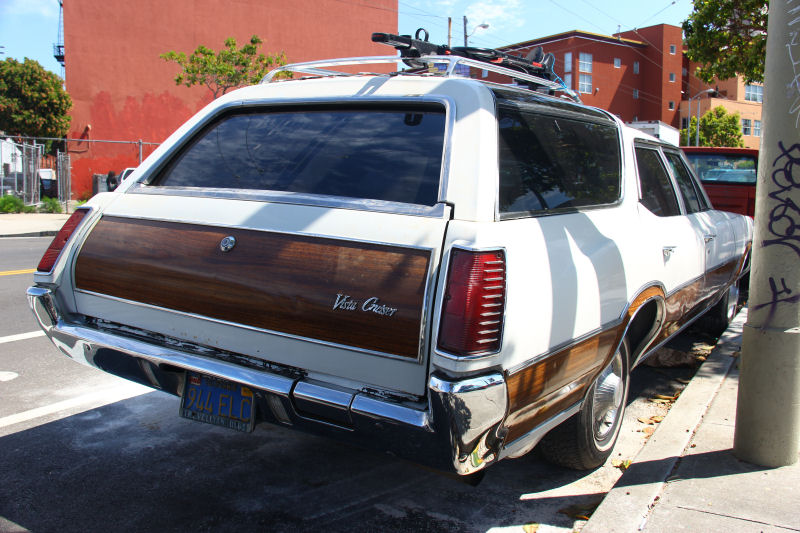 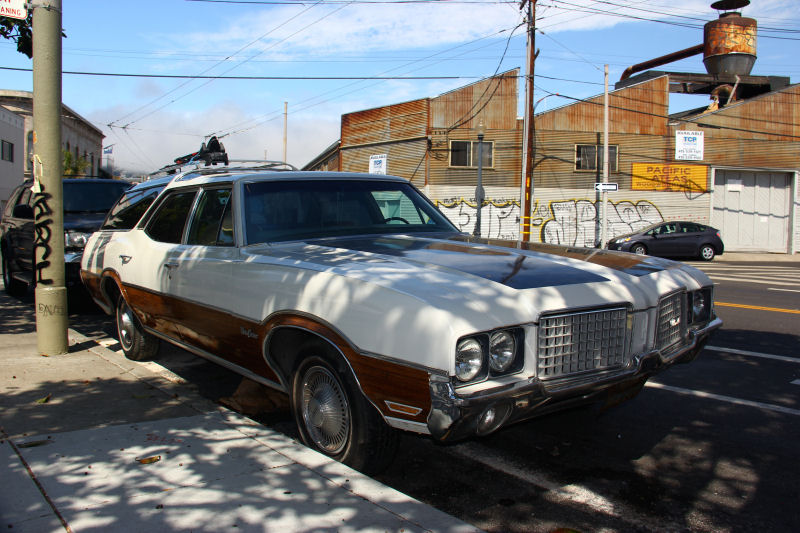 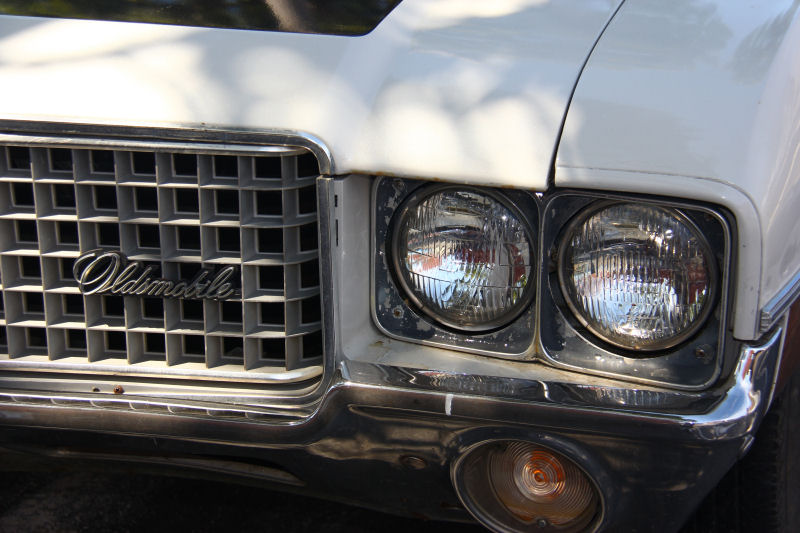 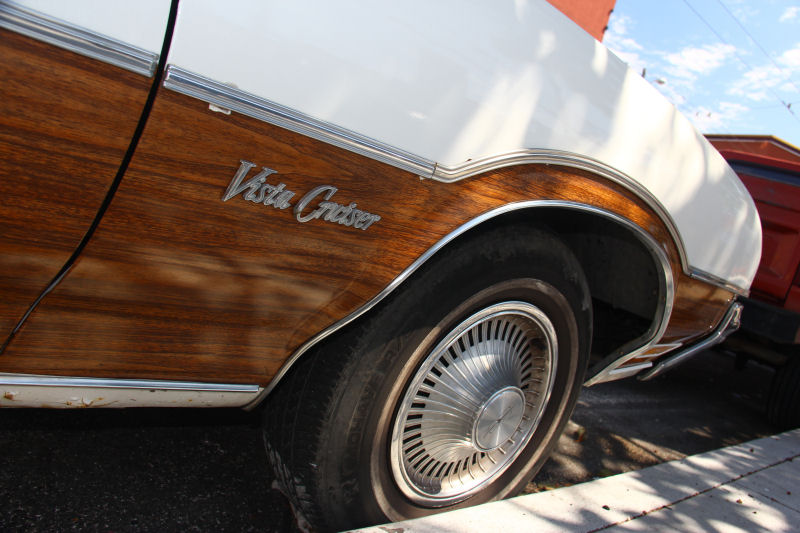 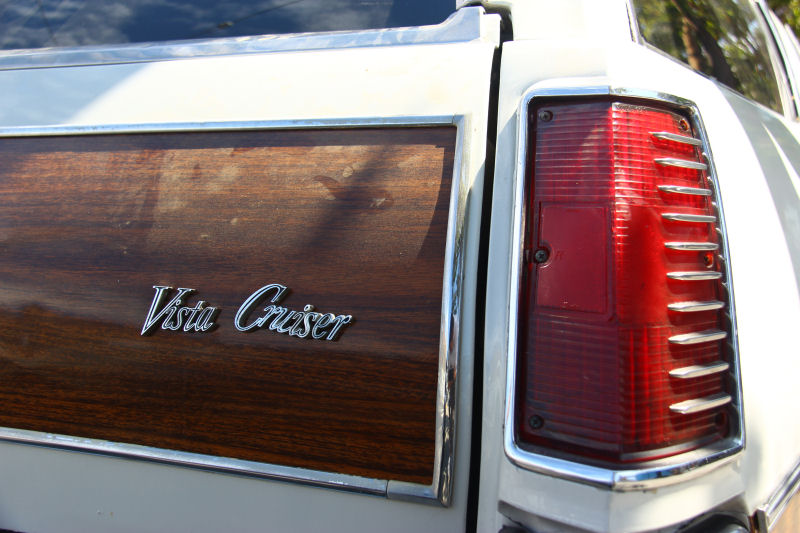 I'm torn on the aesthetics of the bubble roof and its little roof rack. To me it makes the car look a bit top-heavy and lumpy. It does follow the car's beltline and pronounced haunches, though, and those same design details make the regular flat-top Cutlass wagon look like a sedan with a rear roof section tacked on as an afterthought. This one has some black paint detailing on the hood that recalls the contrasting dual hood scoops of the 442 while using the stock hood. The white paint is likely not original given that the Oldsmobile rocket emblem on the grille has been painted over. I can't say how old the fake wood is but I'm reminded of the printed woodgrain pattern on the old desks I used in school. Note the license plate frame; this car came from Trevellyan Oldsmobile at 3904 Park Blvd in San Diego. The dealership, like Oldsmobile, is defunct; the site now houses a pharmacy. I like that this Vista Cruiser has been kept largely stock. Honestly, 442 wagon clones are cool in their own right, but at some point an unmolested stocker becomes more interesting to me. This one is a decent driver that needs relatively little work. May it cruise many more vistas in the future.
Posted by Jay Wollenweber at 12:00 AM