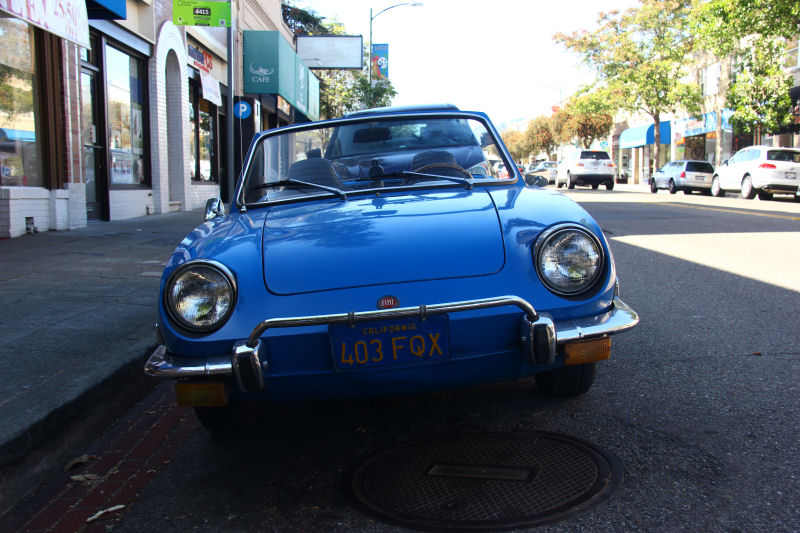 The Fiat 850 is a rather interesting car. A lot of older Italian family cars feature expanded lineups with several unique products on the same chassis, and the 850 is a great example of this. It was offered as a two-door Berlina sedan, two-door Familiare wagon, Furgonata small van, coupe and Spider roadster. Two versions of certain models were available, the mainstream Normale and higher-performance Super. Coupe and Spider models received a special engine tuned for even greater power (47 horsepower instead of the Normale's 34 and Super's 37). All models came with a four-speed stick, rear engine and rear-wheel drive. American 850s got a smaller-displacement, 49.8 cubic inch engine to evade federal emissions regulations applying to engines of 50 ci and larger -- pretty sneaky. 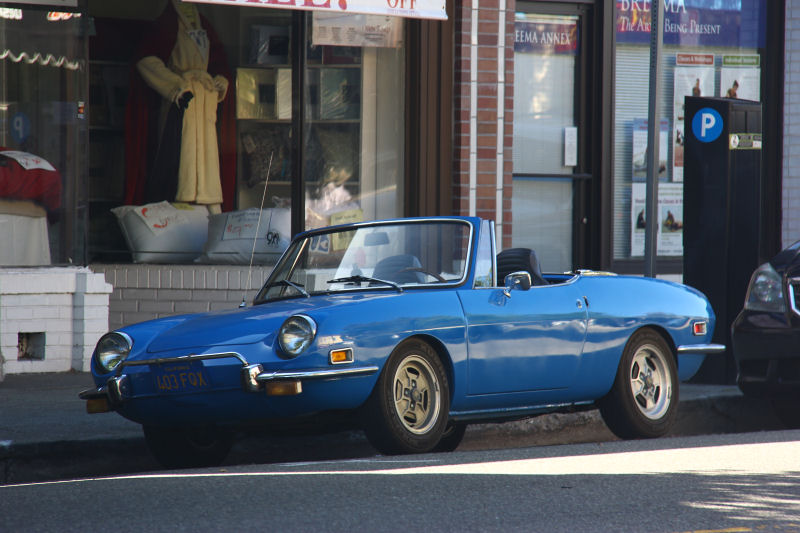 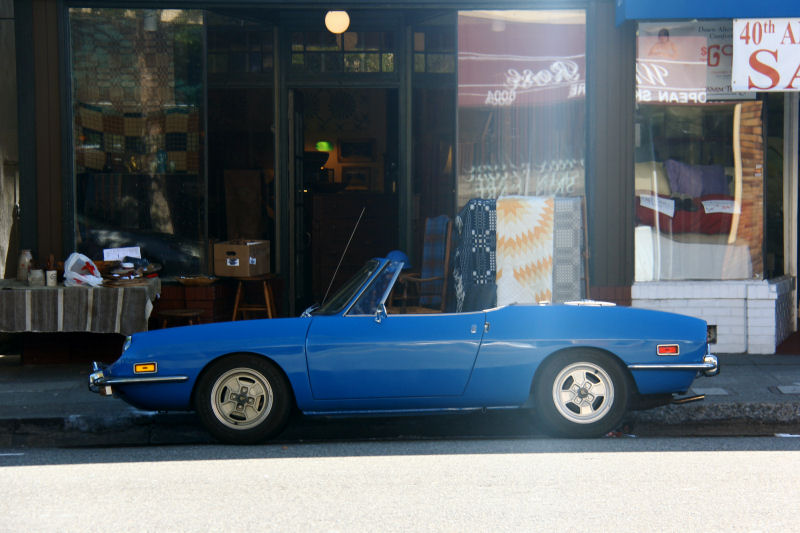 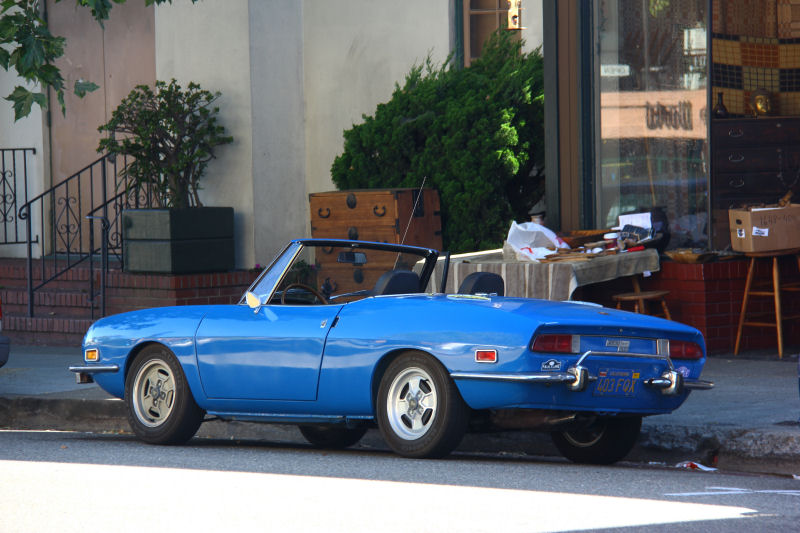 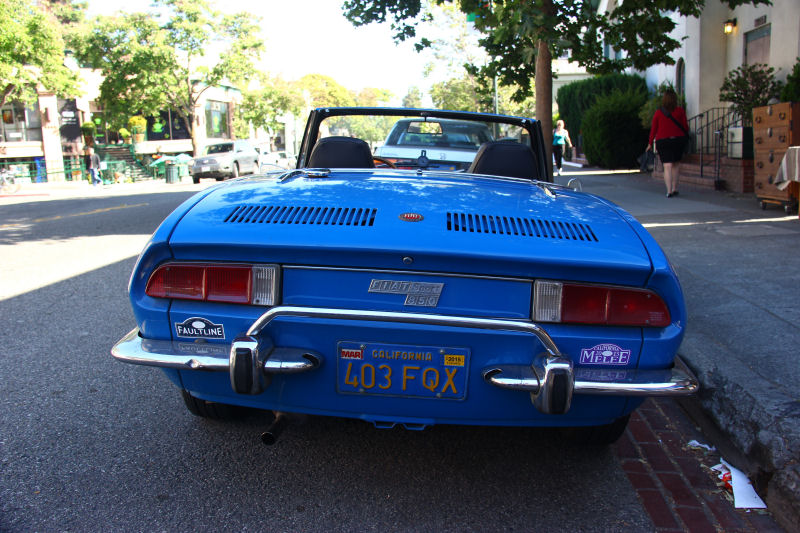 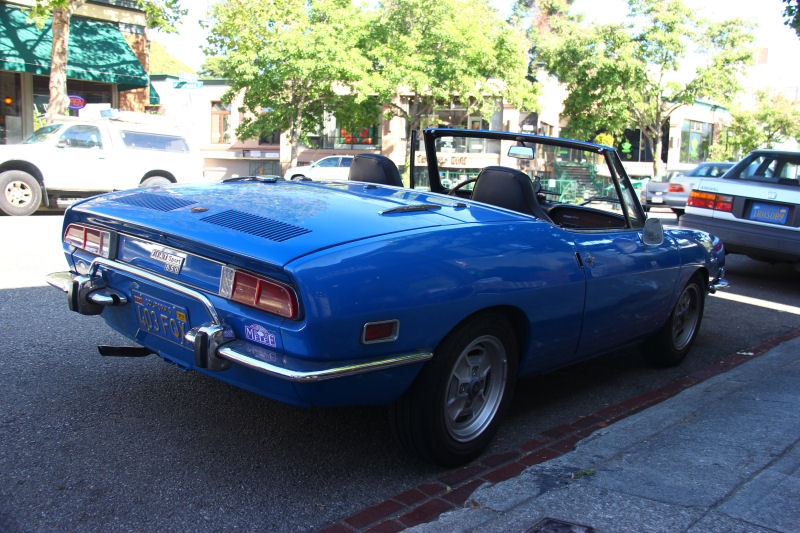 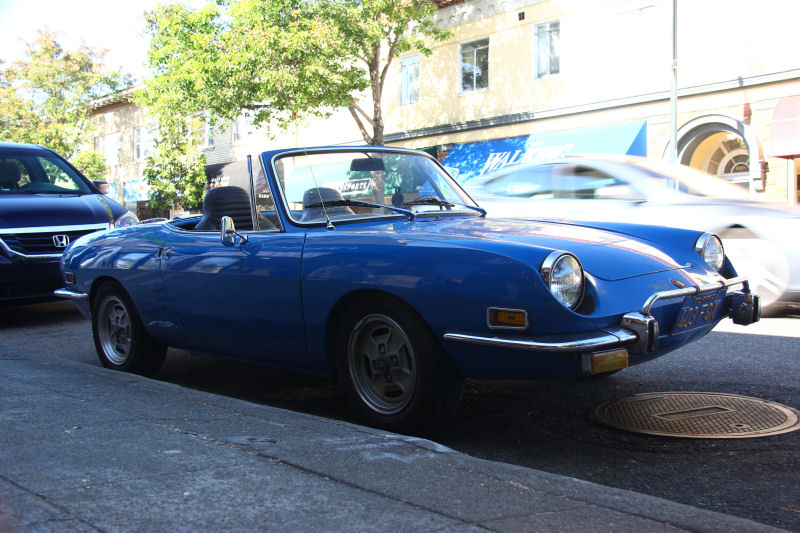 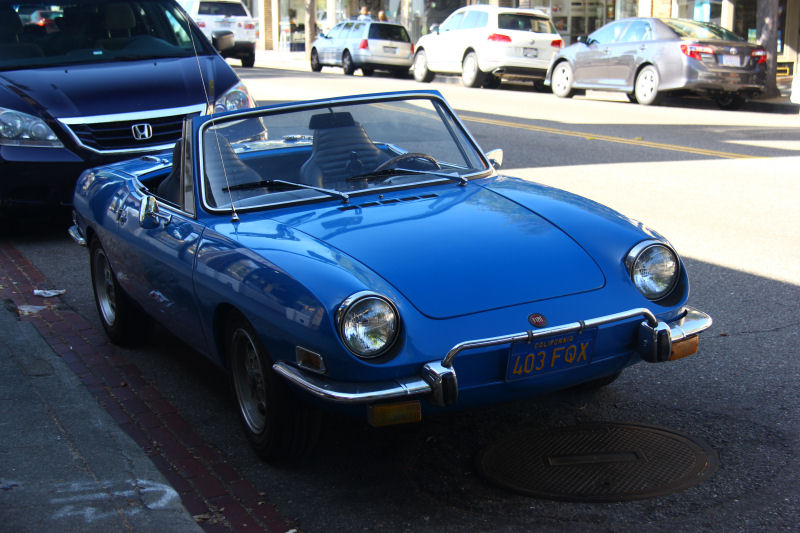 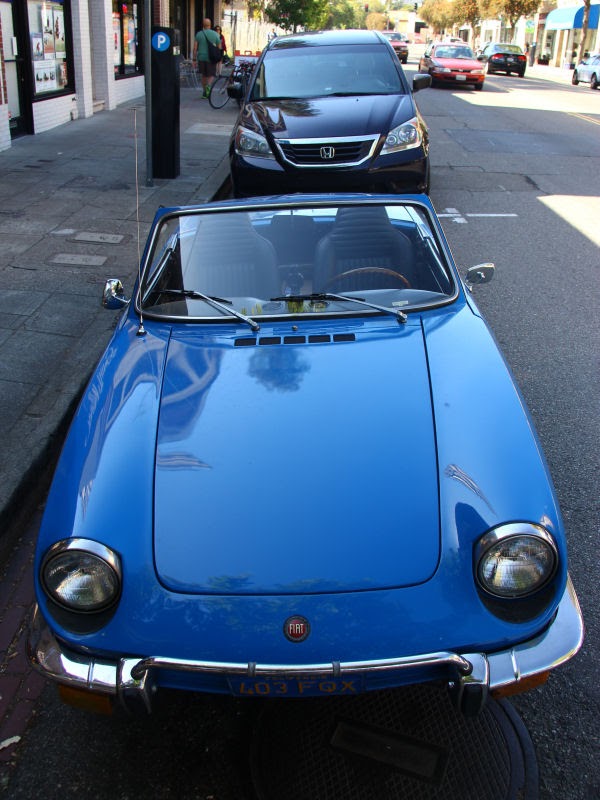 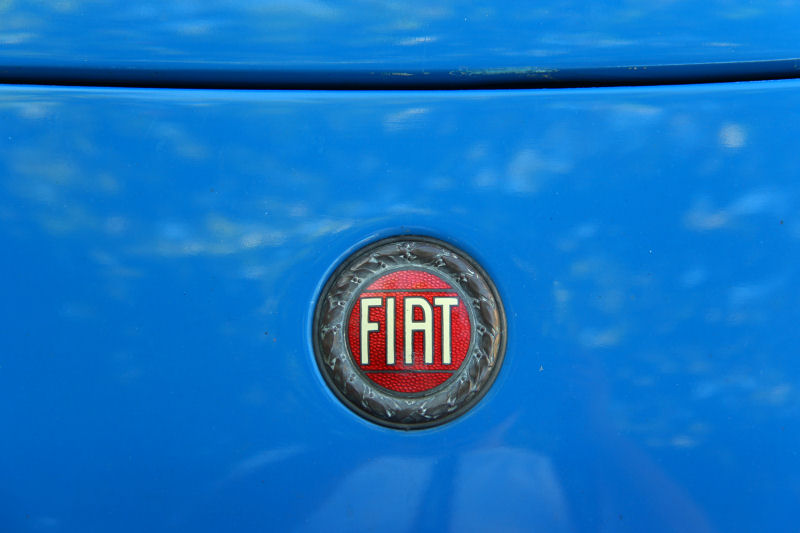 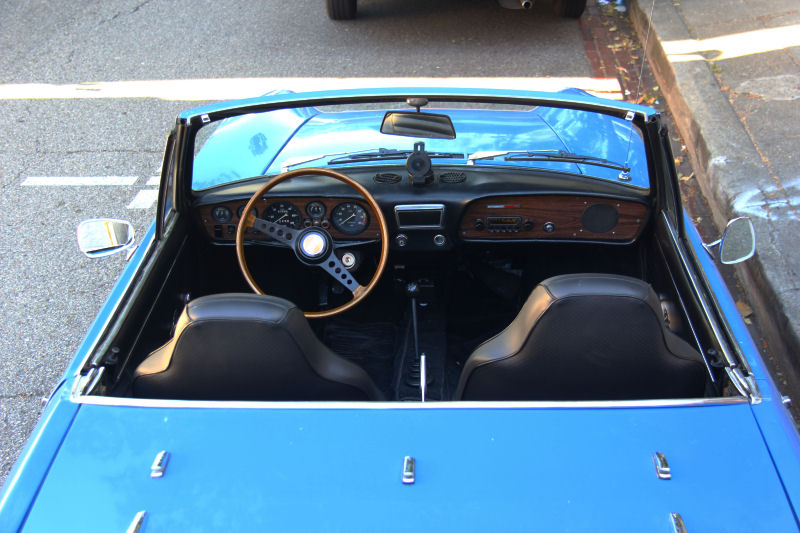 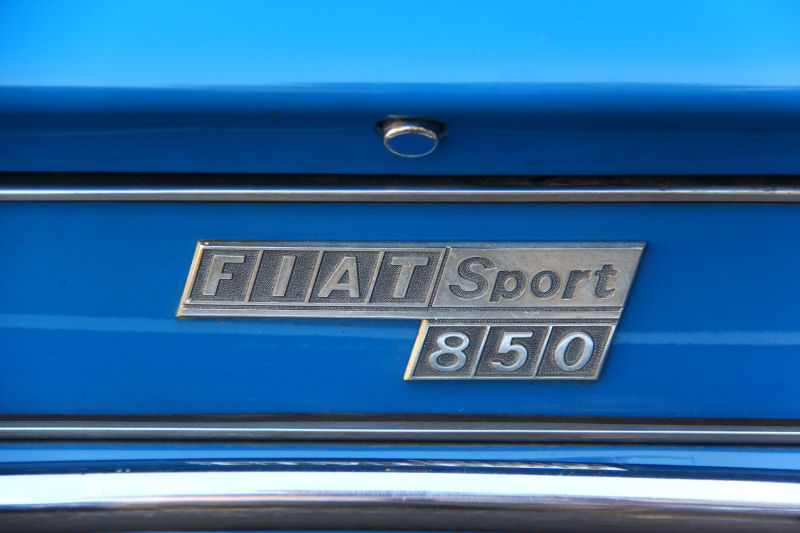 This '72 850 Sport Spider is one of the last - they were only produced through 1973. Later cars like this got an upgraded engine making 52 horsepower - though I don't know if US-market cars received it. I found this one on College Avenue in Oakland while exploring parts of Oakland, Berkeley and Piedmont one day. The French Blue (?) Fiat roadster certainly caught my eye, sitting on 13" 4-spoke wheels apparently sourced from a later-model car such as a Fiat 131. It's in great driver condition with a very nice interior. The bumper sticker shows that this car participated in the 2013 California Melee road rally (a low-budget alternative to the California Mille), where it was driven by Melee co-founder Harley Welch (on loan from the actual owner, who I don't know). The Melee is an annual 800-mile, three-day tour of California back roads perfect for enjoying a lightweight vintage roadster in the warm sunshine of an Indian summer. Sounds like fun. I'd like to try it sometime, at least maybe the route they take if not the event itself.
Posted by Jay Wollenweber at 12:00 AM