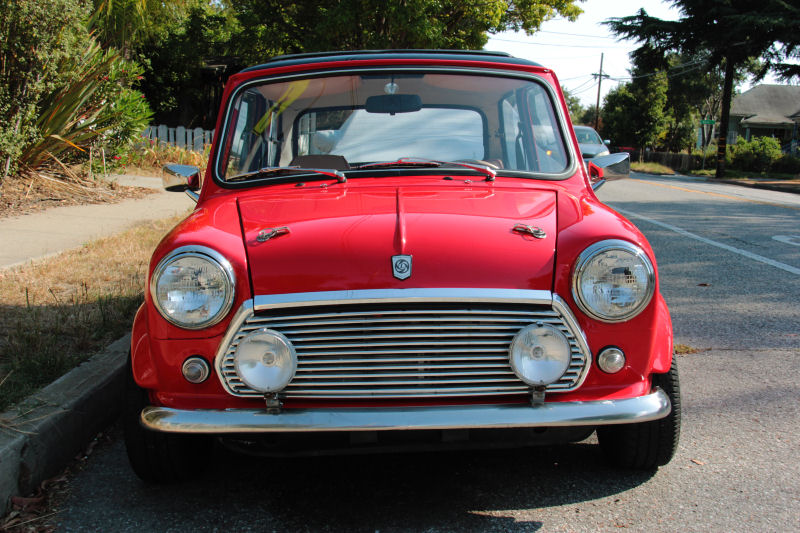 It's been over a month since our last classic Mini, so it was time for another. I've come across a few Mk III Minis from the early 1970s and they almost all seem to be Coopers or at least done up as such. To the untrained observer (like me), any old Mini with a few visual enhancements and some replica badges from Mini Mania or Moss Motors could be a Cooper or Cooper S. 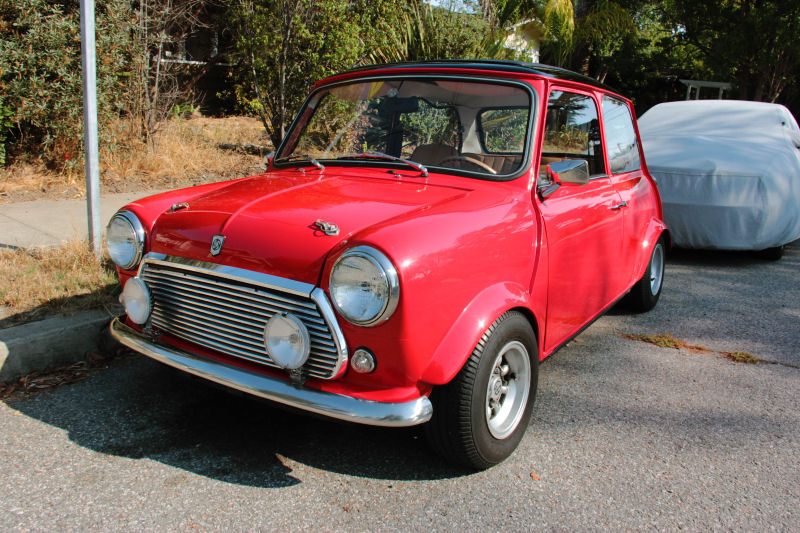 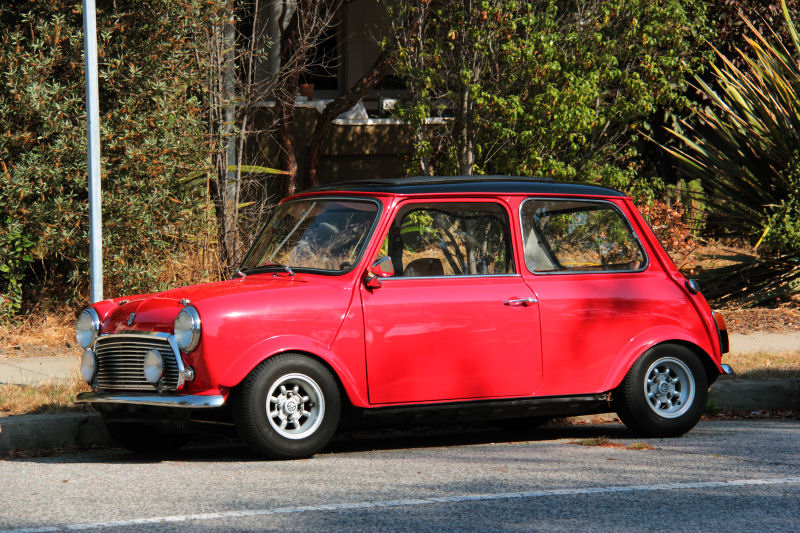 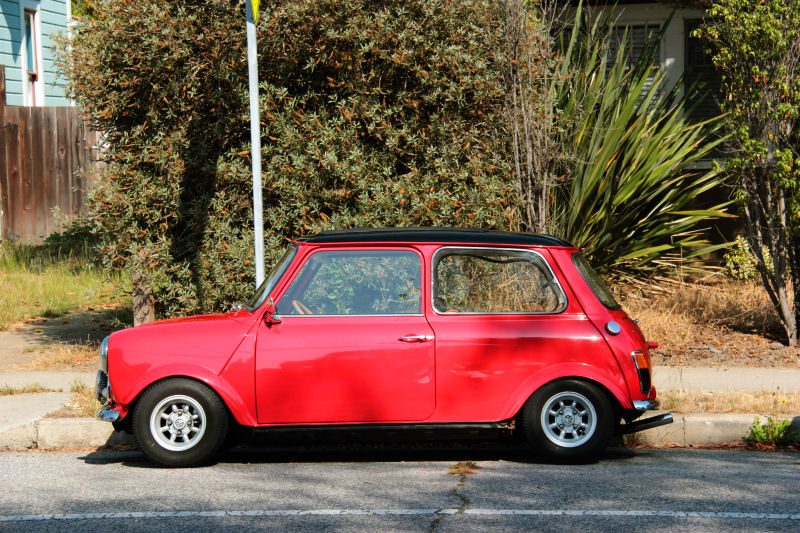 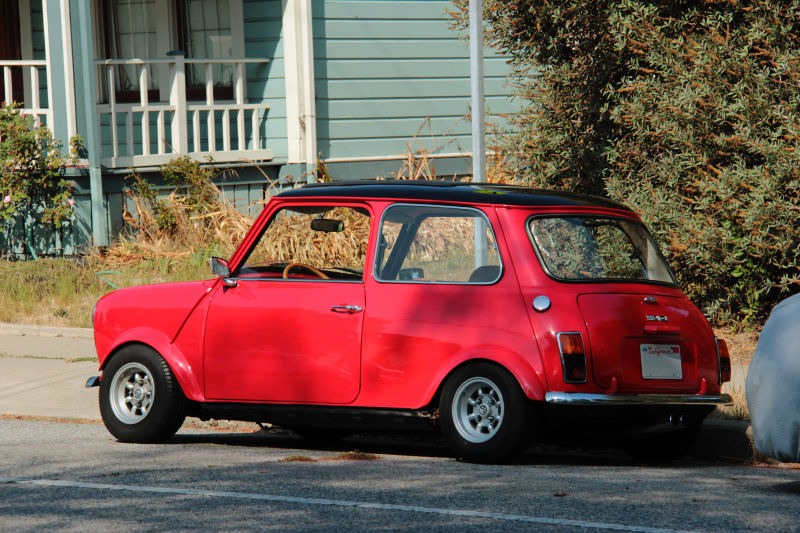 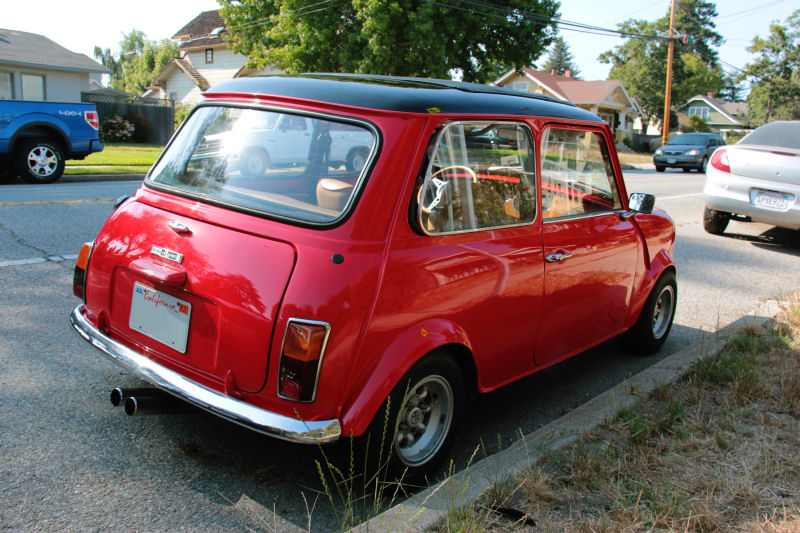 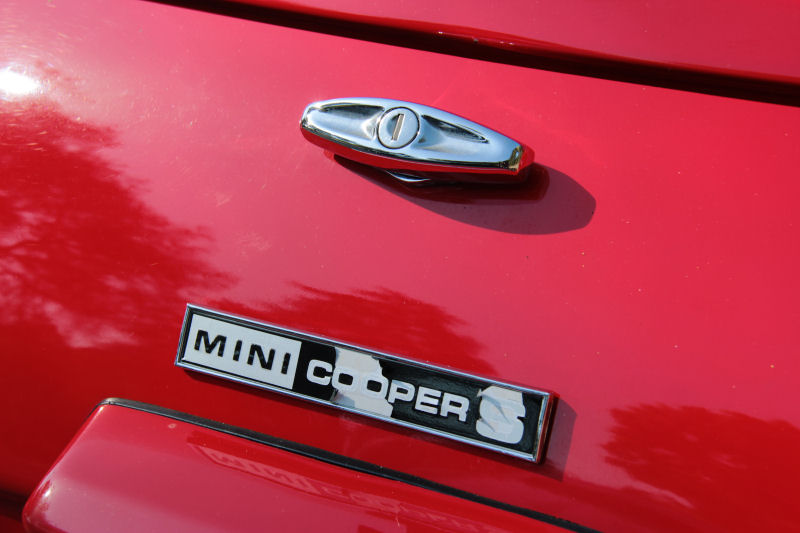 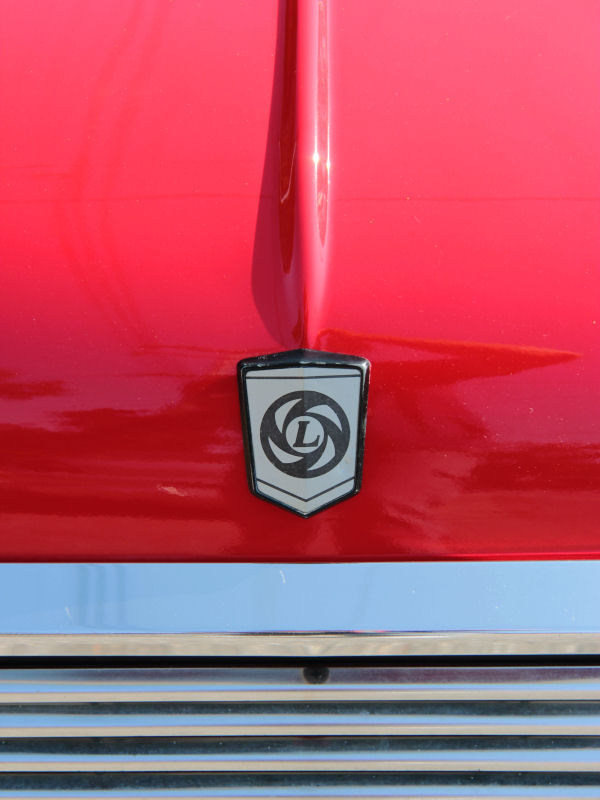 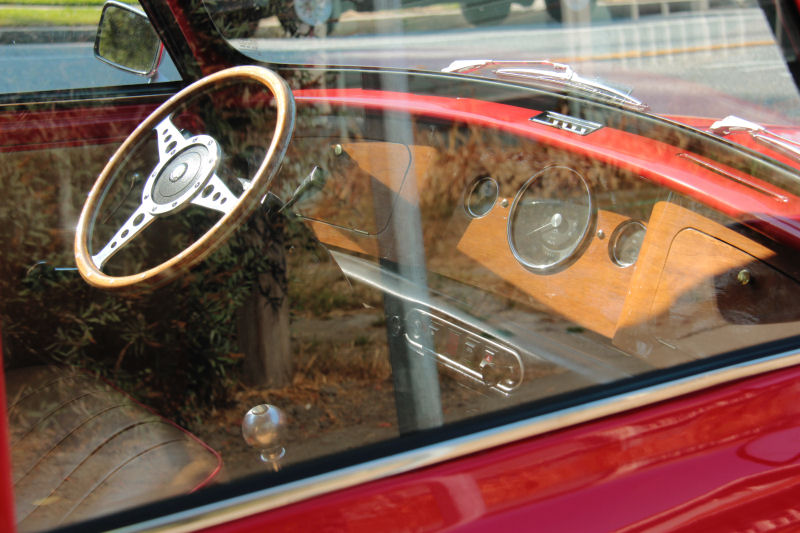 I have mixed feelings about photographing old Minis. Yes, they're cute little cars, rare in this country and they always stand out on the street and in traffic. But they're like old Camaros, frequently done up in the same colors with the same wheels and same badging regardless of what trim level they originally were. Classic Minis always seem to end up painted red or British Racing Green with a white roof, frequently with white rally stripes on the hood. Well, this one is also red, though it changes it up a bit with no stripes and a black roof. Fender flares, twin fog lamps, hood pins and a full-length fabric sunroof give the car character. I spoke with the owner who wasn't sure of the model year, but said it was a 1970 or '71 car. The Leyland hood badge and Cooper S trunk badge are apparently correct for these years. I don't like photoshopping out license plates on cars photographed in public places, but the owner expressly requested it. Given that the plate was not historic in any way, I guess it's really no big loss.
Posted by Jay Wollenweber at 12:00 AM