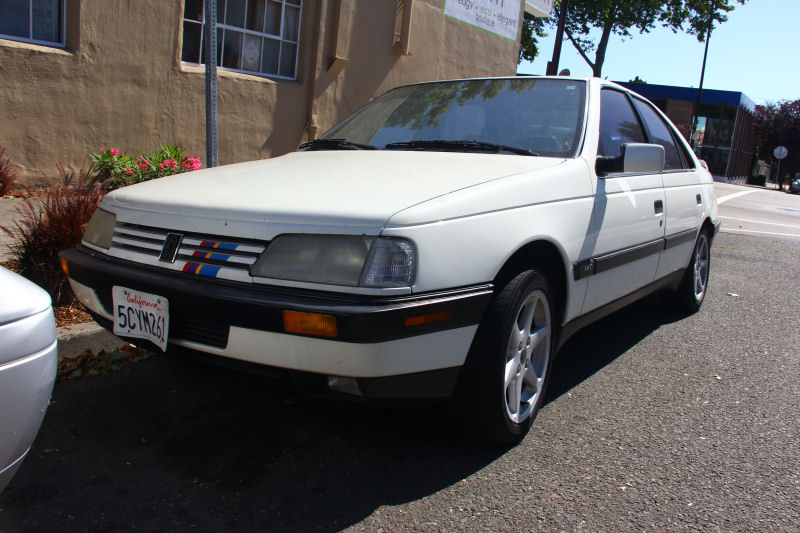 When one thinks of European sport sedans of the late 1980s, one might name the Germans first: BMW E34 M5, Mercedes-Benz 190E 2.3-16, Audi 4000S Quattro and the like. Then there are the others like the Italian Alfa Romeo 164 Quadrifoglio and smaller 75/Milano, but the French weren't necessarily known for building sporty sedans during most of the 1980s. You could get a 505 Turbo, or if you wanted something that looked like 1990 instead of 1980 you could opt for the smaller and more modern 405. And the hottest 405 sold in the States was the Mi16. 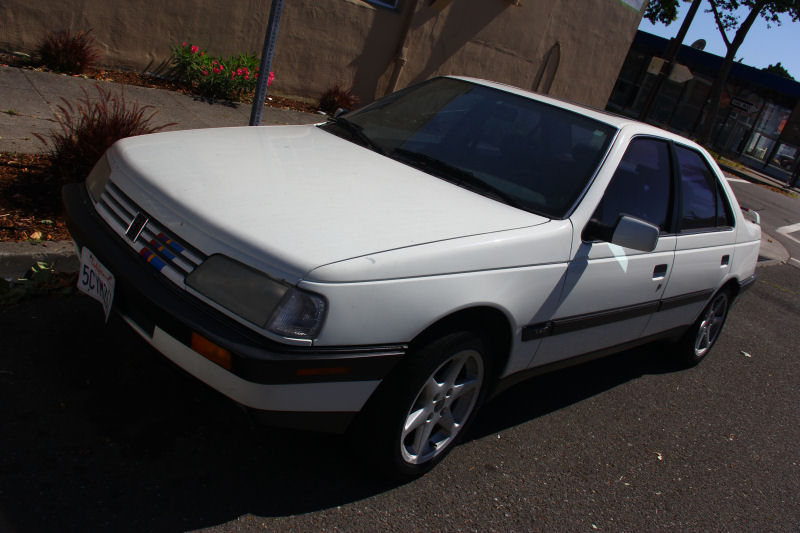 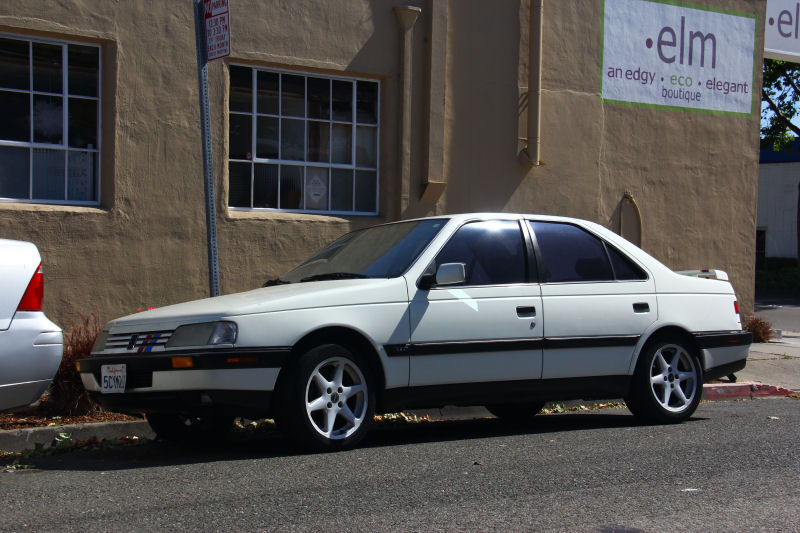 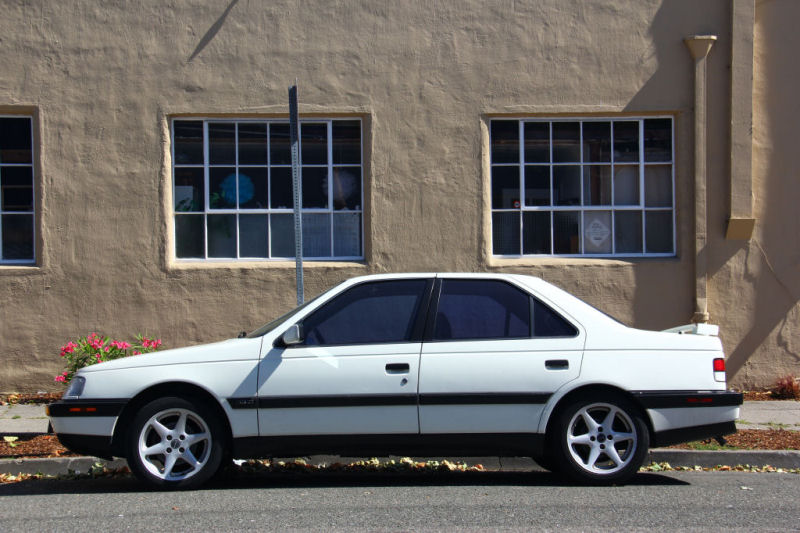 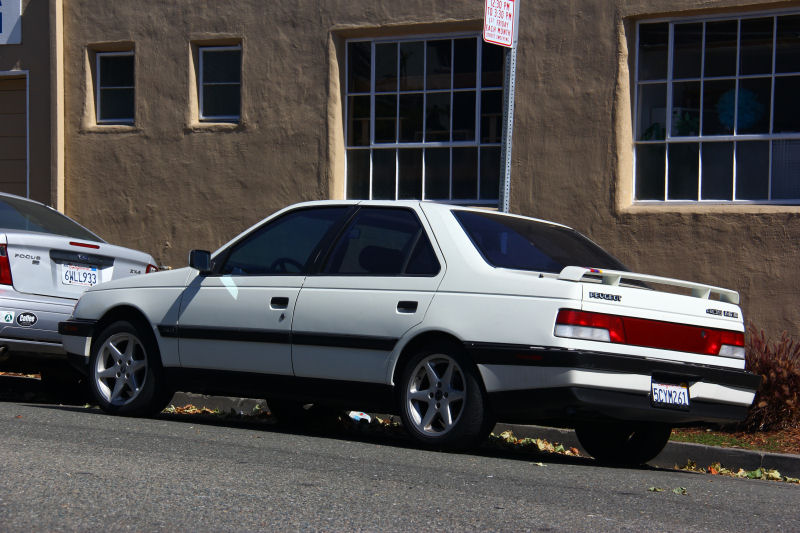 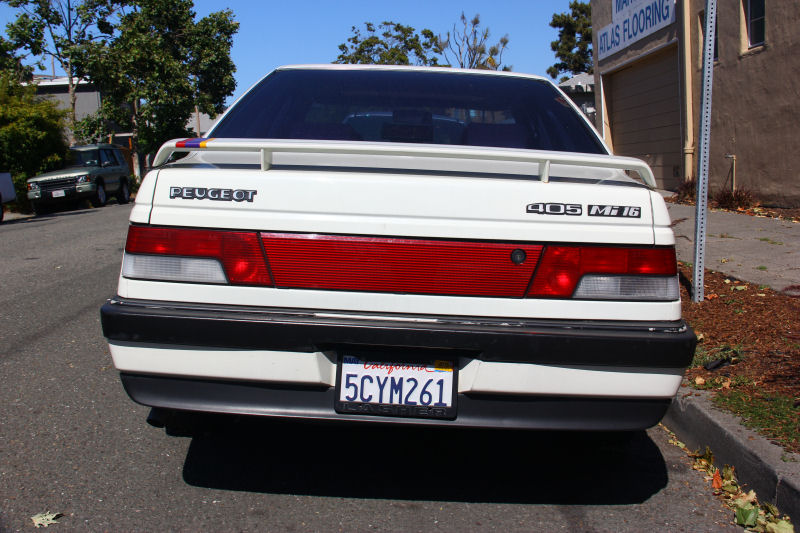 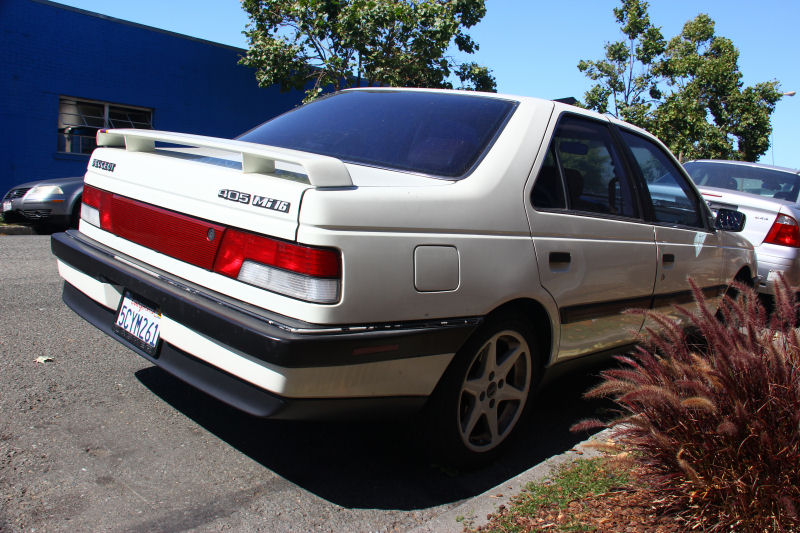 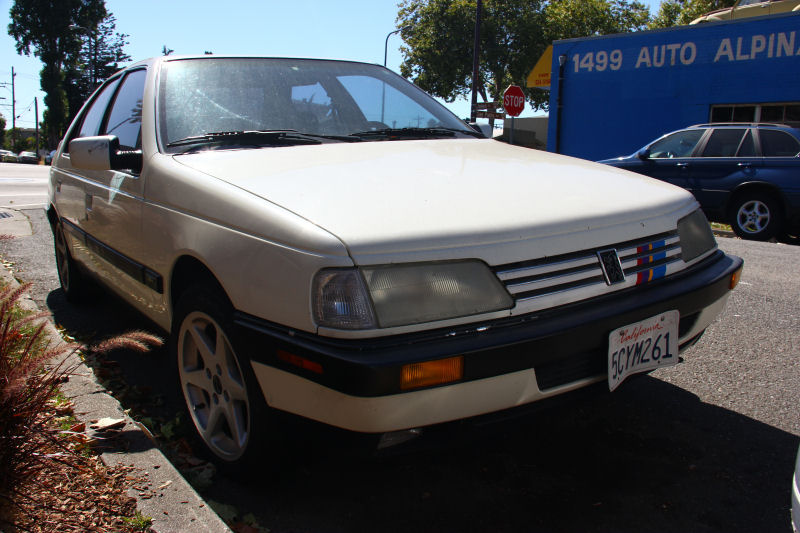 The Peugeot 405 Mi16 was built with a high-performance DOHC 1.9 liter four-cylinder, making 150 horsepower in this trim. A five-speed manual or automatic gearbox was offered. Mi16s were luxuriously equipped with a rear spoiler, standard power moonroof, heated leather power seats, power everything else, anti-sway bars and four-wheel disc brakes with ABS. This one sports aftermarket Borbet Type C wheels and a custom painted grille stripe but is otherwise stock. It's one of the cleaner 405s I've come across and the only Mi16. I'm amused that underneath the black bumper and side trim is the same chrome found on standard 405s. I'm concerned that there's some rust forming around the spoiler mounting points on the trunk; otherwise the body appears to be in great shape. Note the license plate frame from Wes Lasher Volkswagen-Peugeot in Sacramento. The dealership at 5800 Florin Road now houses PCP Motorsports, a motorcycle and ATV dealer. Lasher VW is still around but has relocated downtown, while the rest of the Lasher Auto Group is now situated in Elk Grove. 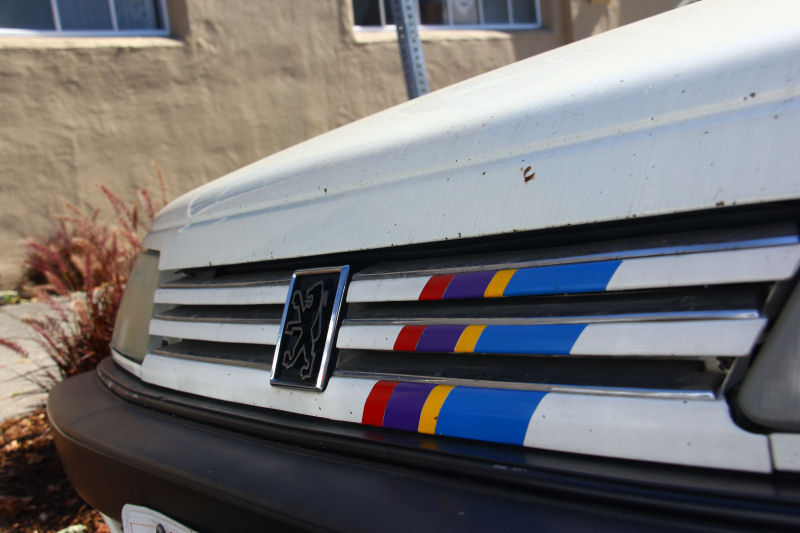 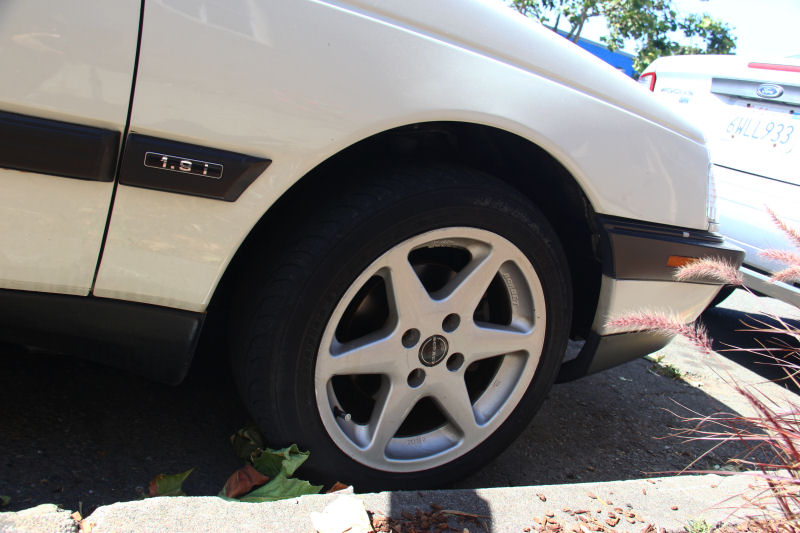 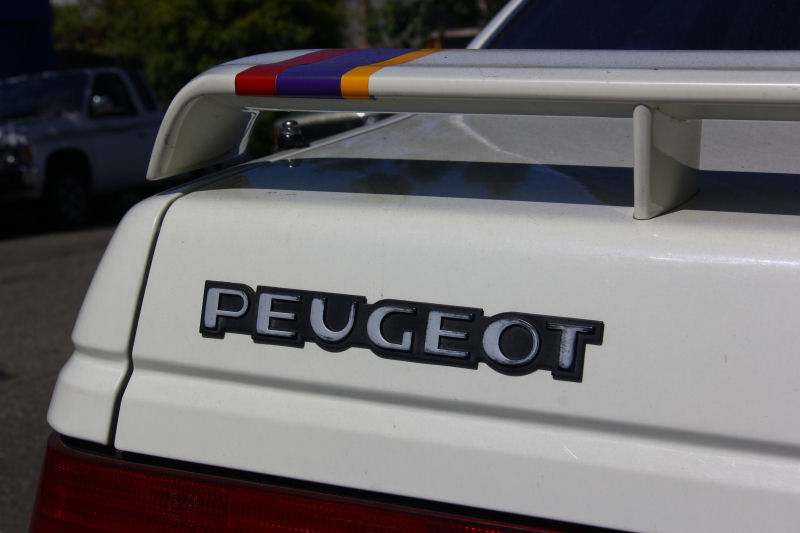 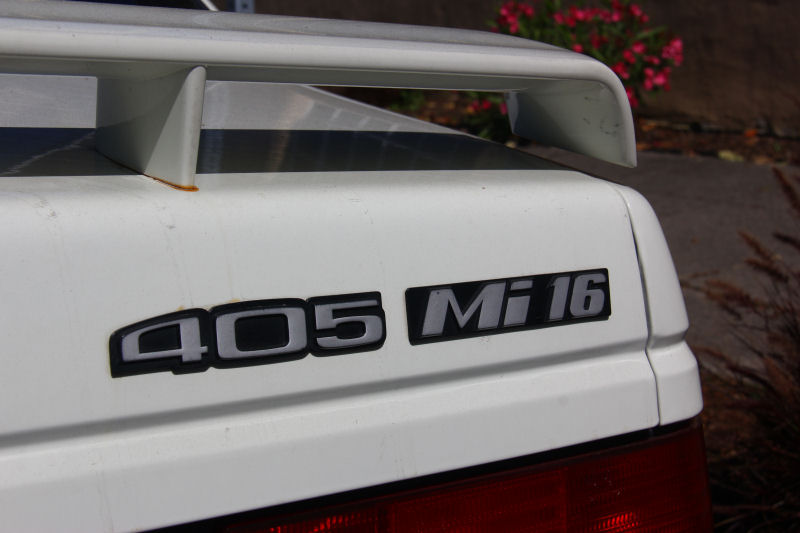 Peugeot 405s are inherently interesting as a car that was rare in this country when new and has only become rarer. It is the last model that was sold in the US before Peugeot pulled out of our market in 1991, and effectively the last French car sold here at all until the revival of Bugatti in the mid-2000s. Speaking of Bugatti, I just might feature a Veyron here if I happen to find one on the street. We shall see.
Posted by Jay Wollenweber at 12:00 AM