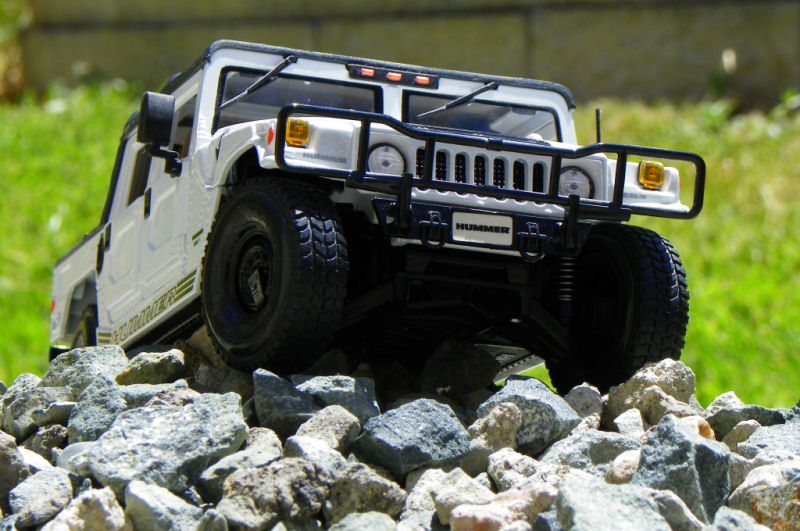 Tomorrow is Christmas. Everyone knows that one of the most popular and enduring Christmas toys of the last 25 years is the Maisto 1:18 scale diecast model. And one of the most play-worthy Maisto models ever is their Hummer. 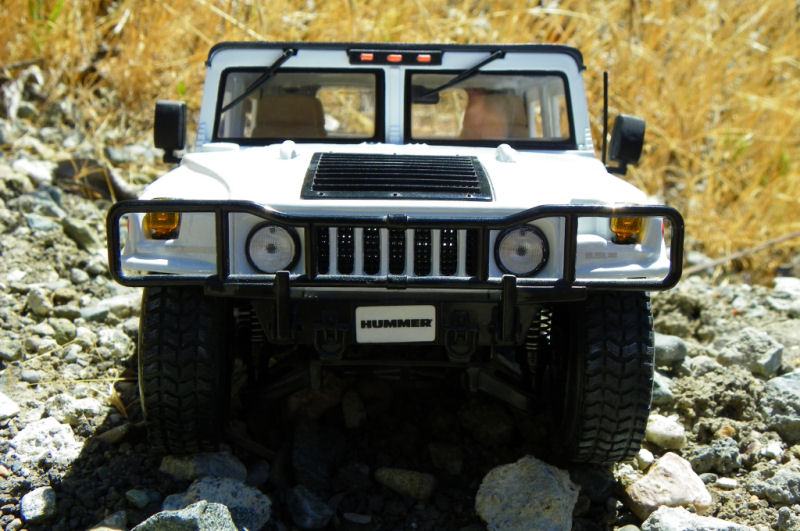 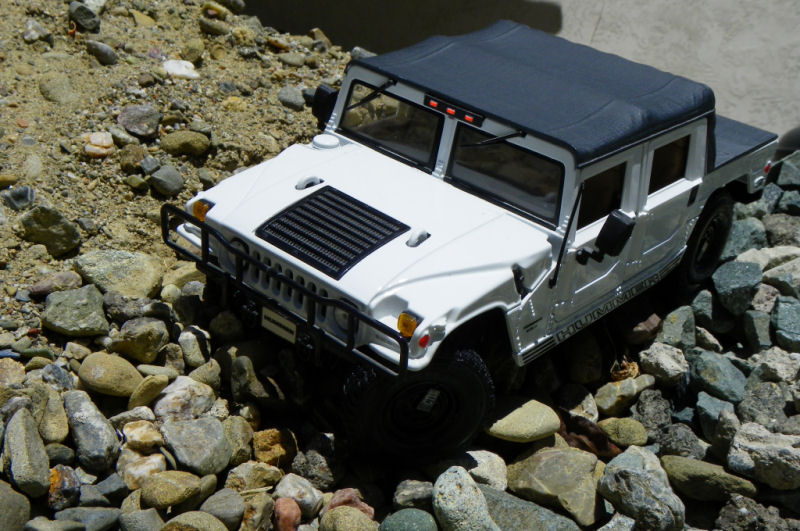 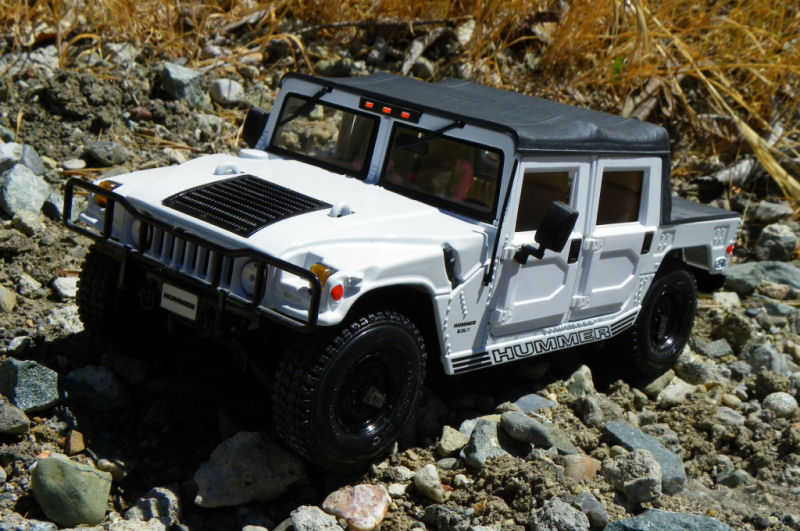 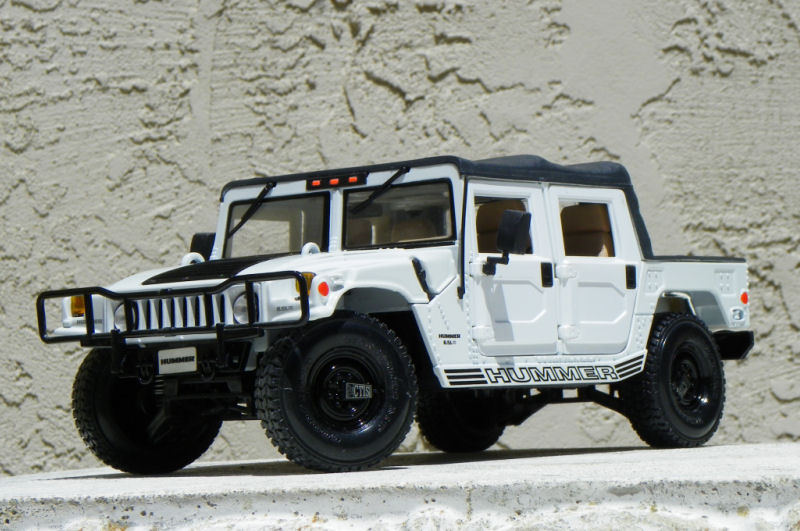 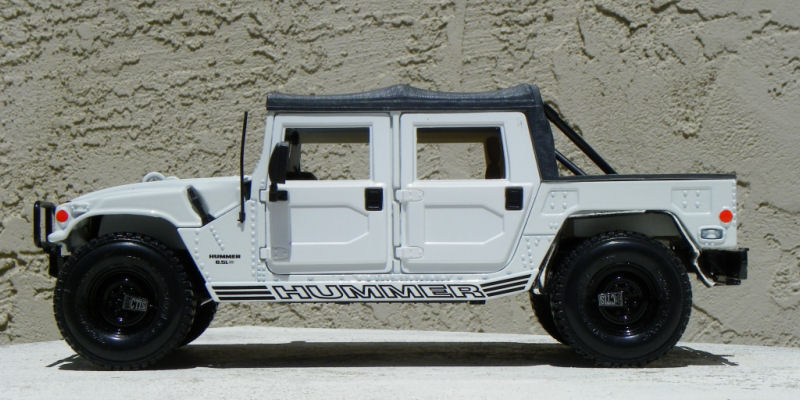 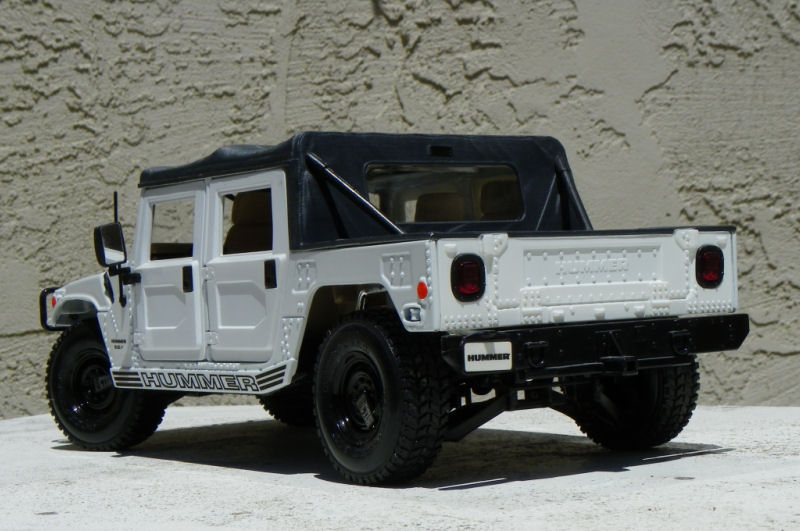 I loved this thing as a kid. It had a lot of play value, and display value as well. Maisto builds cars that are intended for children over three years of age -- past the sticking-things-in-mouth phase but not necessarily past the crashing-cars phase. They are designed to make a compromise between price and quality, since May Cheong Group has to make a profit on cars that sell for $12.99 at Costco and retail for about twice that elsewhere. We're not talking Auto Art detail or quality here, folks. Auto Art, Kyosho, high-end brands sell for big money because of the number of small components, smooth paintwork and careful assembly. Maisto has a margin of error greater than more expensive brands; when you cater to little kids, they aren't as picky about whether the hood edges are cast totally straight, as they are about getting the new Viper in bright red. 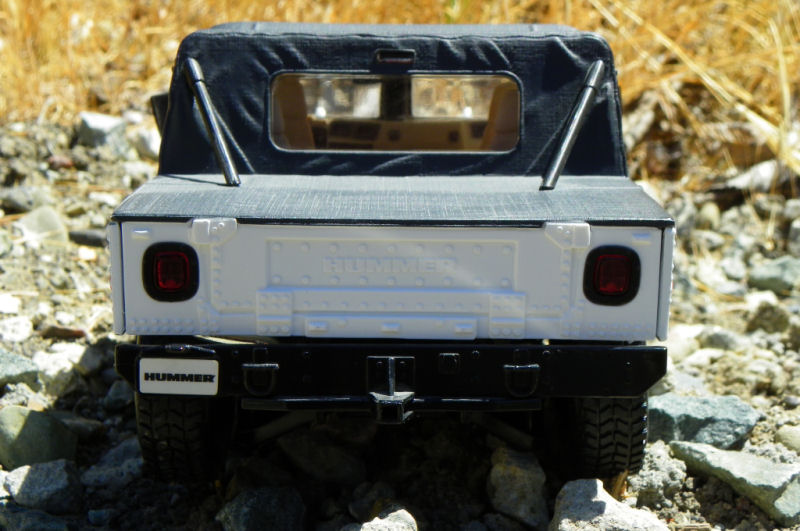 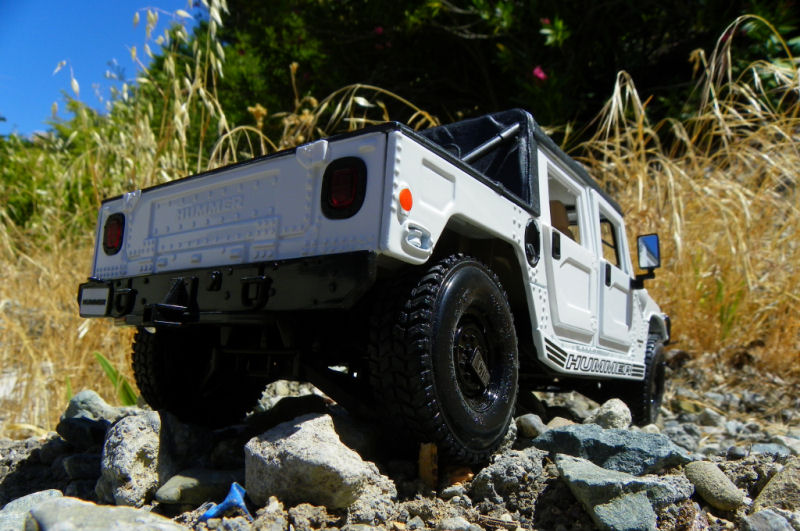 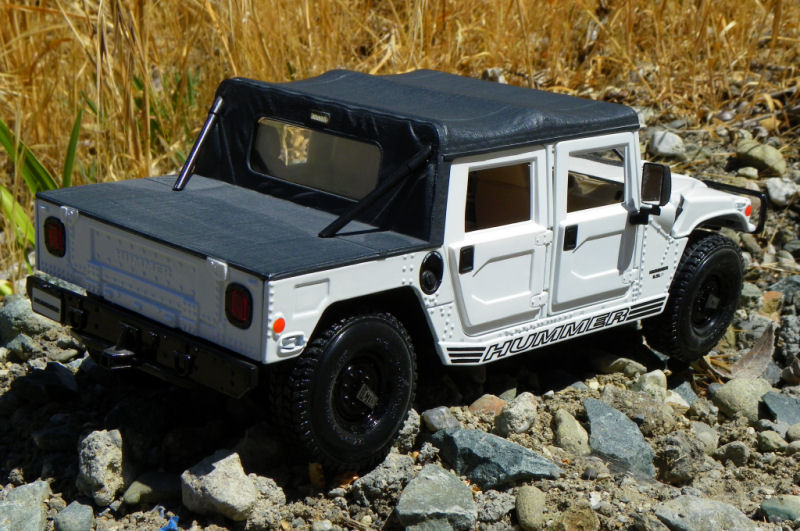 The Maisto Hummer is a great casting for variations. It's offered as a civilian hardtop, soft-top, station wagon, slantback, and as a slantback military HMMWV (Humvee) with a mounted gun on the roof. All were offered in an assortment of paint colors, and desert tan or camouflage on the military version. Another great thing about the Hummer is that all four doors open, a rare feature for a budget diecast. You get coil-spring suspension all the way around, with impressive travel that allows a kid (or kid at heart) to play with the Hummer on rocks and dirt. 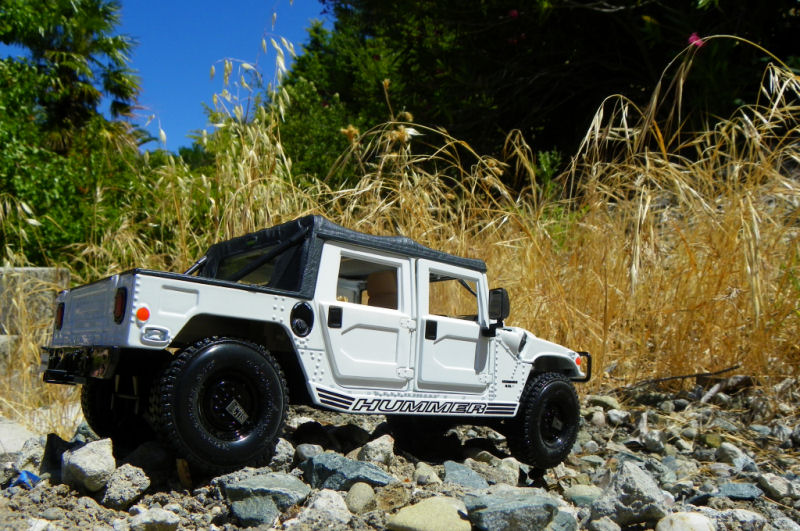 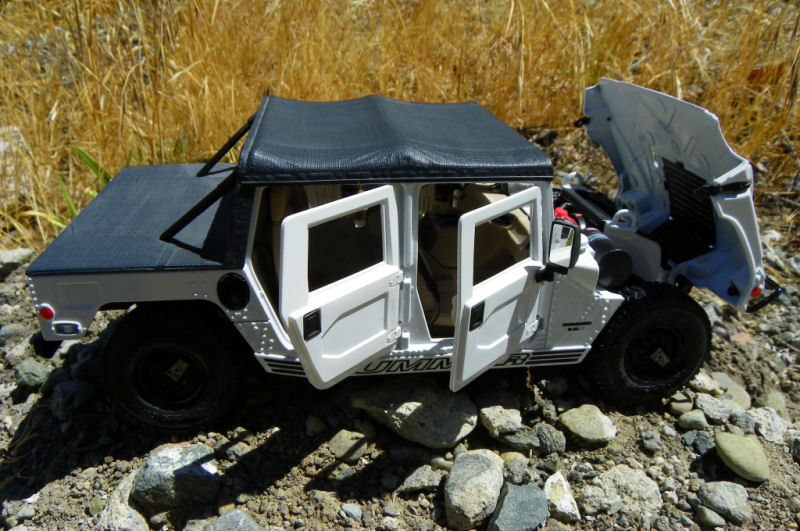 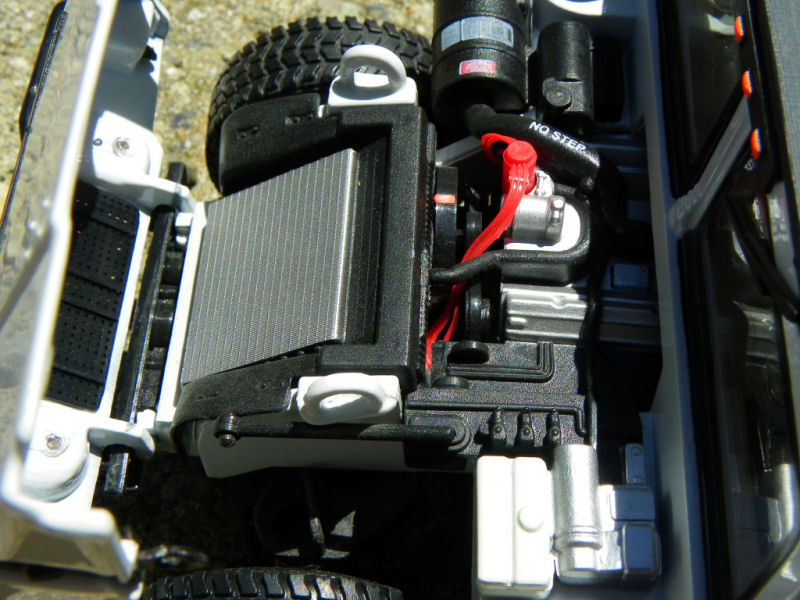 Under the hood, the 6.5 liter diesel engine is acceptably detailed, and the grille is mesh with actual holes instead of a mesh pattern embossed on a solid piece of plastic. The hood can be locked shut with a pair of plastic straps that latch onto small nubs inside the fenders. These are some of the model's weak points as they, along with the side mirrors, are fragile. When the hood is opened, the front brush guard hinges down on the front bumper and can be removed altogether if desired. The interior looks Spartan, cheap and kind of ugly. If you've seen a real Hummer you know that's pretty much what the real thing looks like. I can't fault it too much as it includes seat belts, the high- and low-range levers and a pair of cup holders in the very wide (also realistic) center console. Unfortunately the soft-top does not come off. 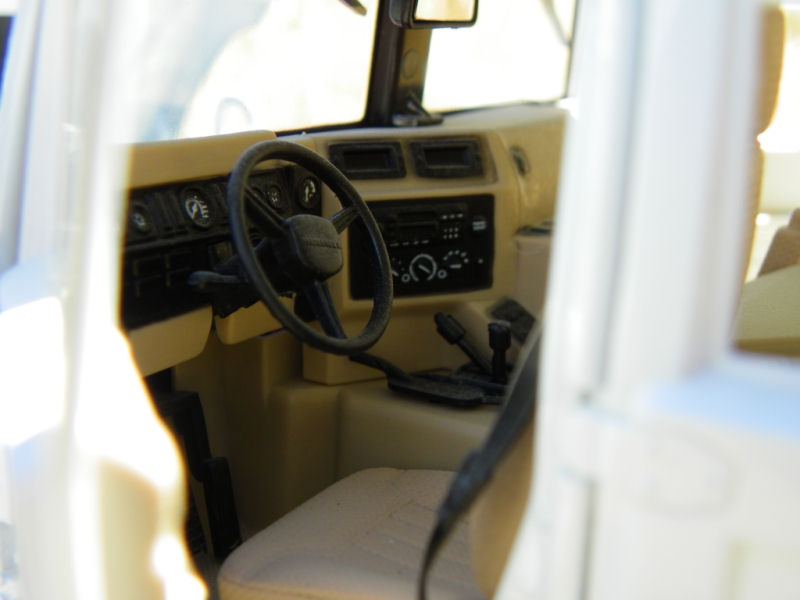 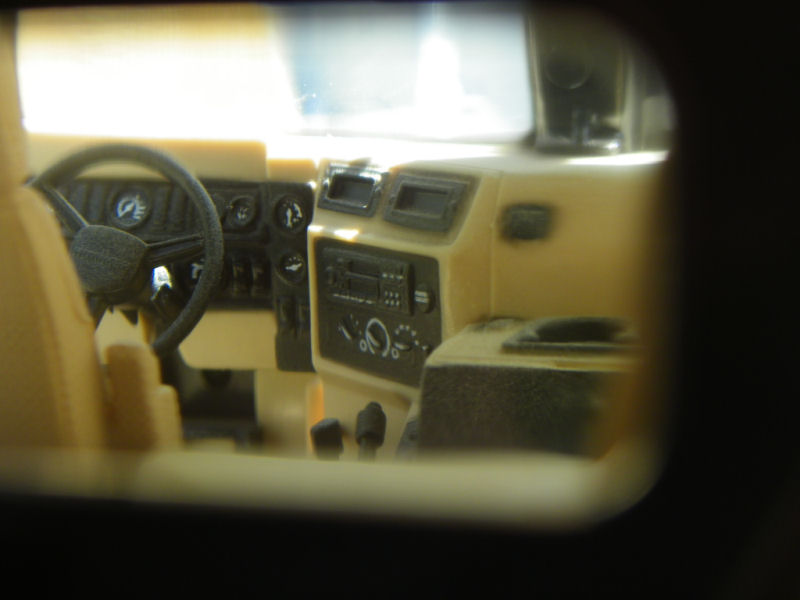 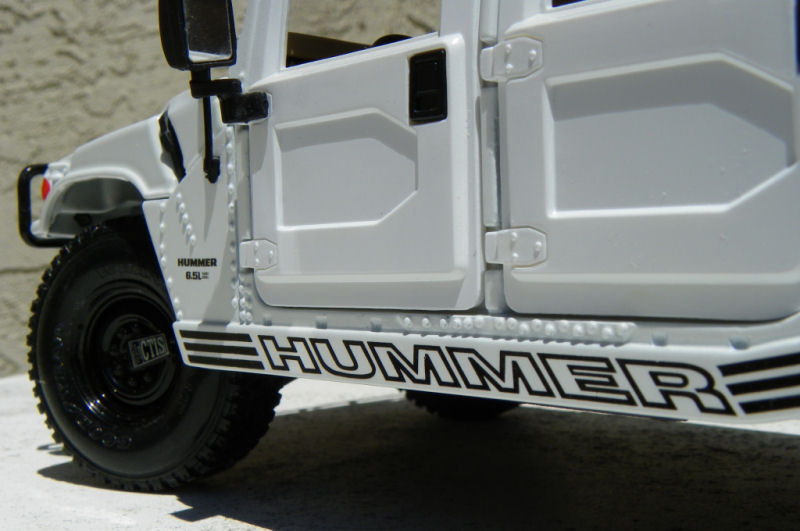 My Hummer is from the Premiere series released in 1998. The white paint with black wheels and black top gives the truck a nice contrast, and while it doesn't appear as menacing as the black version available the same year, you can see all of the details clearly and the truck looks bigger. This was my first 1:18 diecast with four opening doors, too, and I treasured it for that added detail. In recent years I've begun collecting more models of mundane everyday cars, but the Hummer is going to remain in my collection as a big brash beast that just happens to look pretty awesome.
Posted by Jay Wollenweber at 12:00 AM