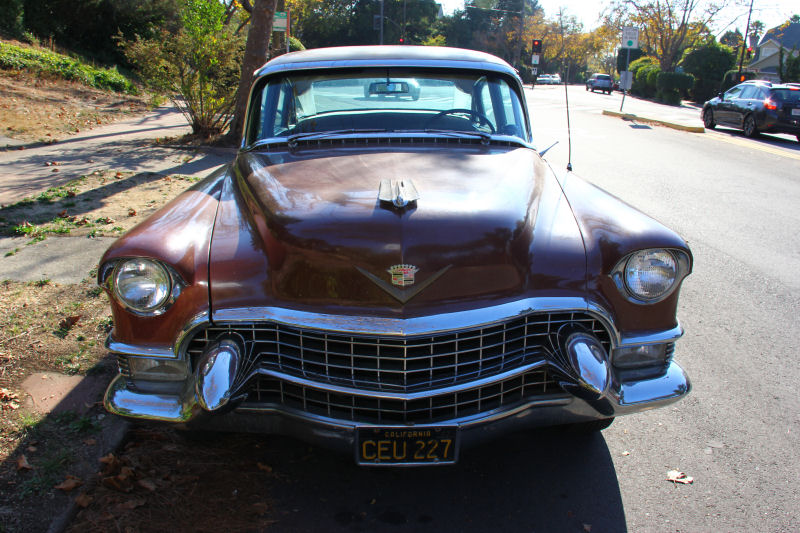 As Cadillac runs screaming away from its own heritage in order to compete with its European rivals, the concept of what makes a Cadillac a Cadillac is changing. A new logo for 2015 loses the old laurel wreath around the Cadillac crest. Apparently this was deemed outdated, though the wreath used to denote a higher-trim model. No longer are a floaty ride or squishy couch seats considered desirable, and big engines are reserved only for performance models or trucks. And for the first time, you can get Cadillac sedans with a cramped back seat borderline unsuitable for adults. With all due respect, this is an improvement? This is the future? I understand that you have to compete with BMW, but Bimmer buyers are probably going to buy a BMW anyway. Seems to me Cadillac would want to lure buyers away from Lexus mostly. 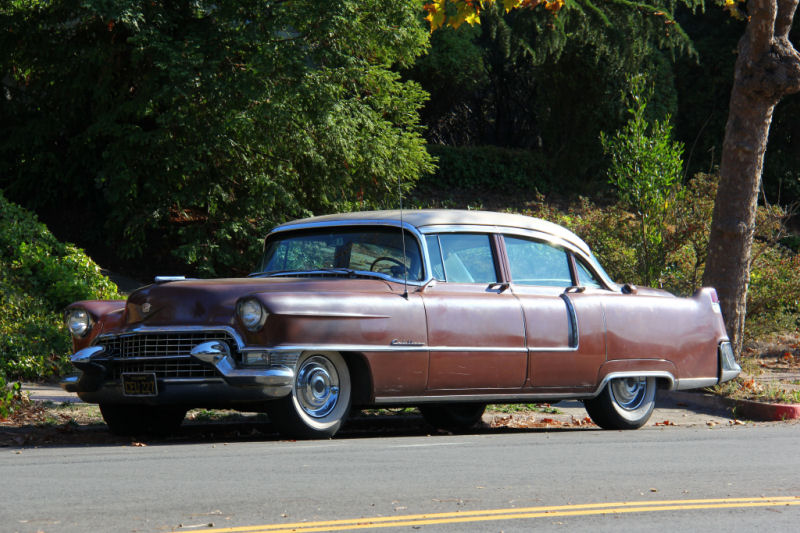 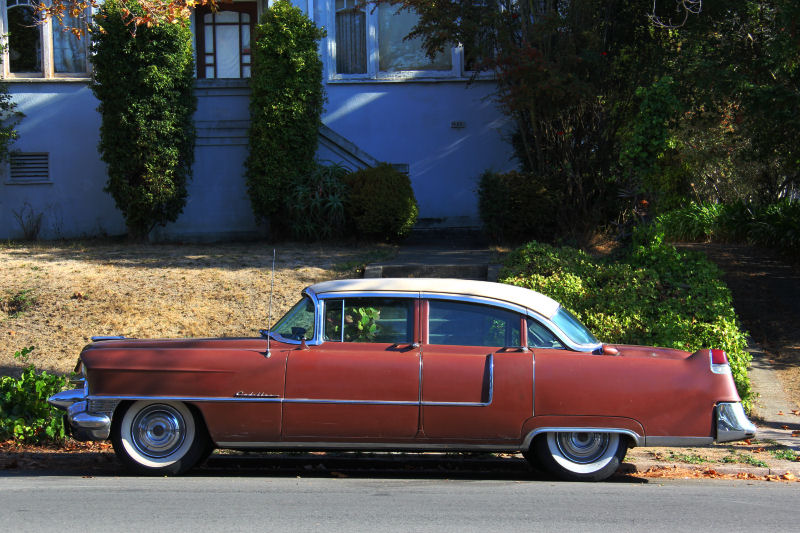 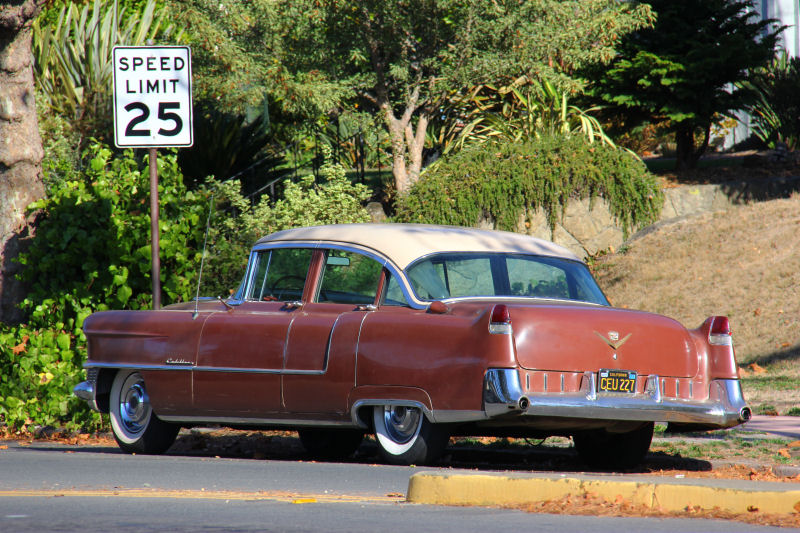 For most of Cadillac's life, this is what it was -- a big, comfortable cruiser that held you and five of your closest friends on overstuffed bench seats, wafting along on soft suspension propelled by a large-displacement V8. It wasn't until maybe the 1980s that younger people started wanting luxury cars that could corner and go fast and didn't make the occupants slide into each other. Cadillac was one of the last holdouts marketing to old people until the early 2000s when their Art & Science design language took hold with the hard-edged CTS and Escalade. A short decade later Cadillac had a Corvette-powered CTS-V supersedan setting lap records on the Nürburgring. 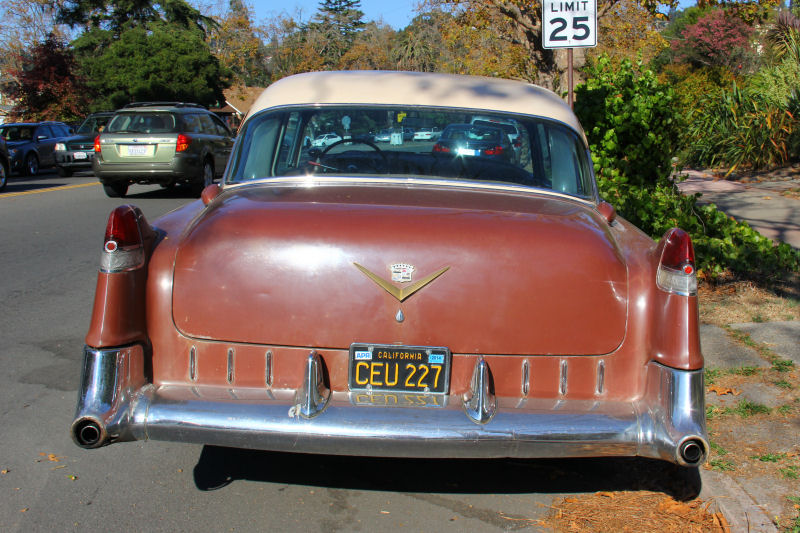 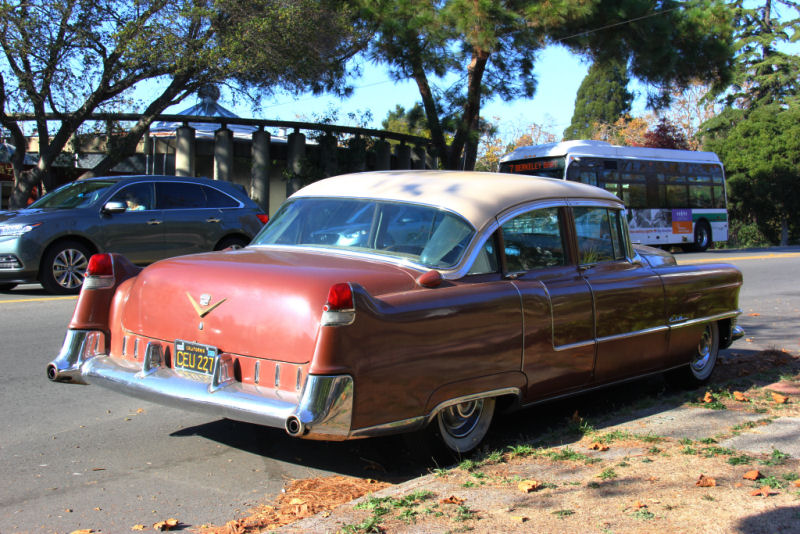 But back to this classic. It's a '55 Series 62 sedan, a mid-range offering that represented the bulk of Cadillac sales. As far as I can tell it's not a Sedan DeVille, but it does have rare factory Frigidaire air conditioning as indicated by the air scoops between the C-pillar and trunk, and the clear plastic air channels running up toward the roof inside the cabin. The A/C blower unit was mounted inside the trunk and sent air into the car through vents in the rear speaker panel. This car's plastic ducts direct the cold air up into the headliner to be dispersed through the car rather than dumped into the back seat. 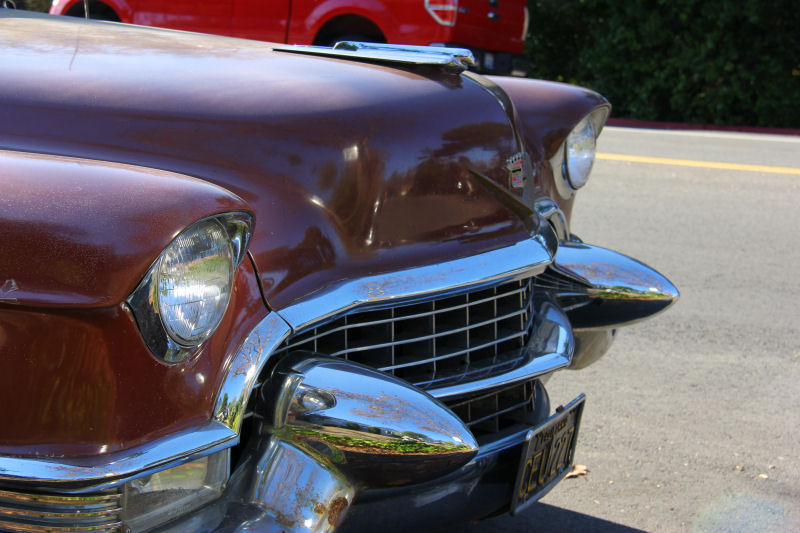 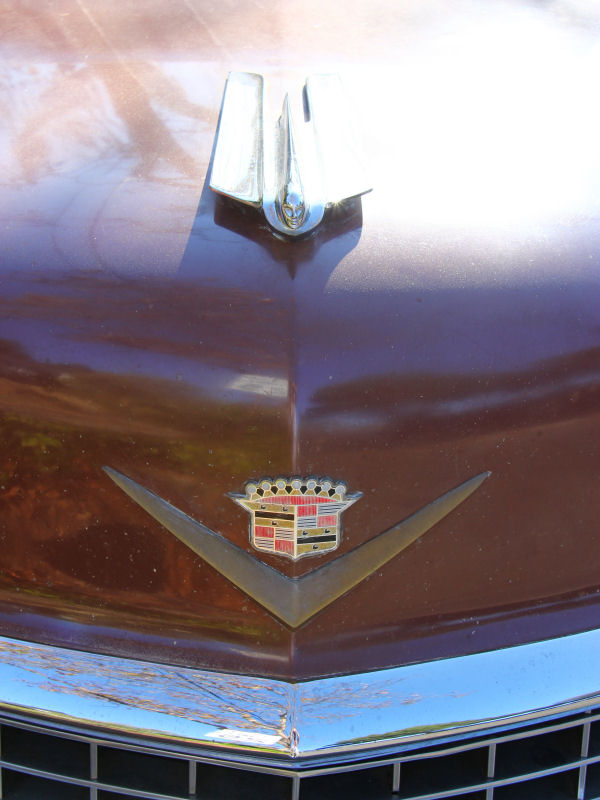 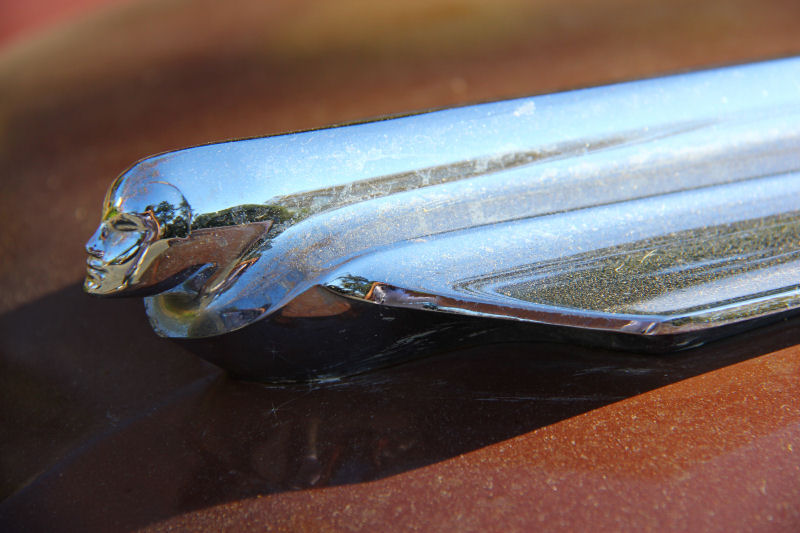 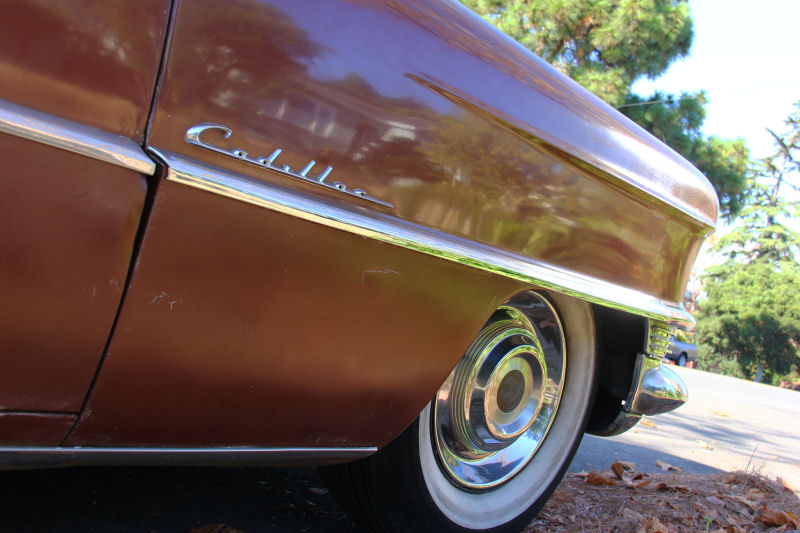 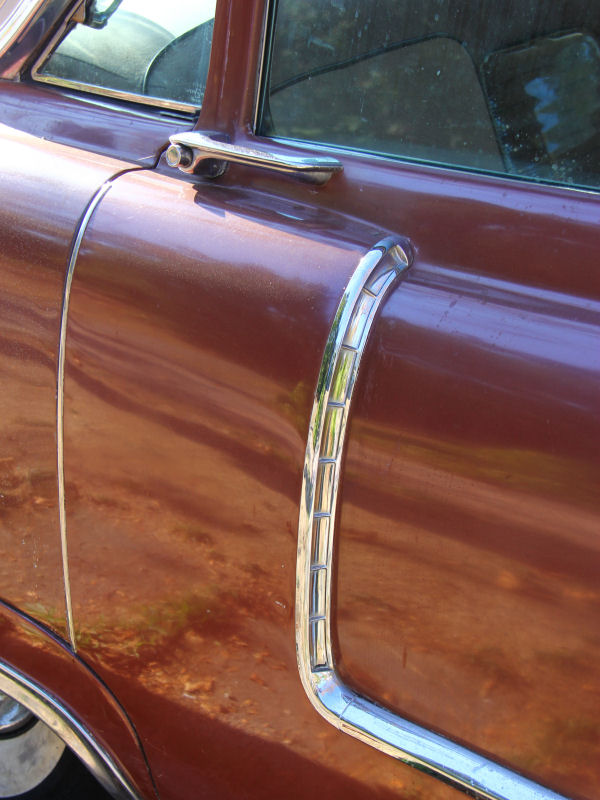 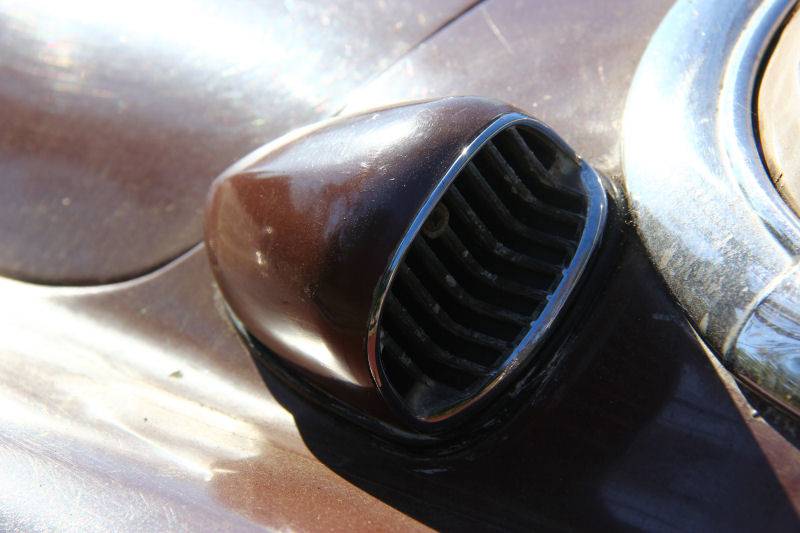 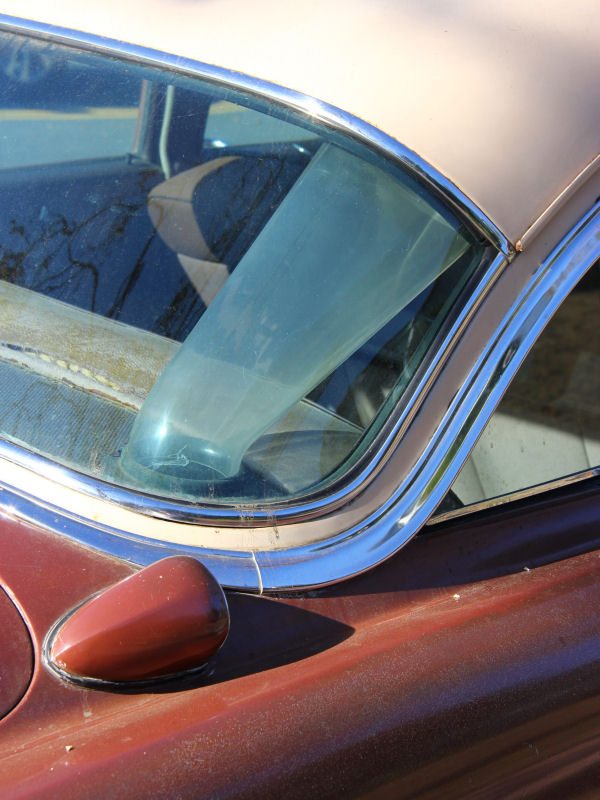 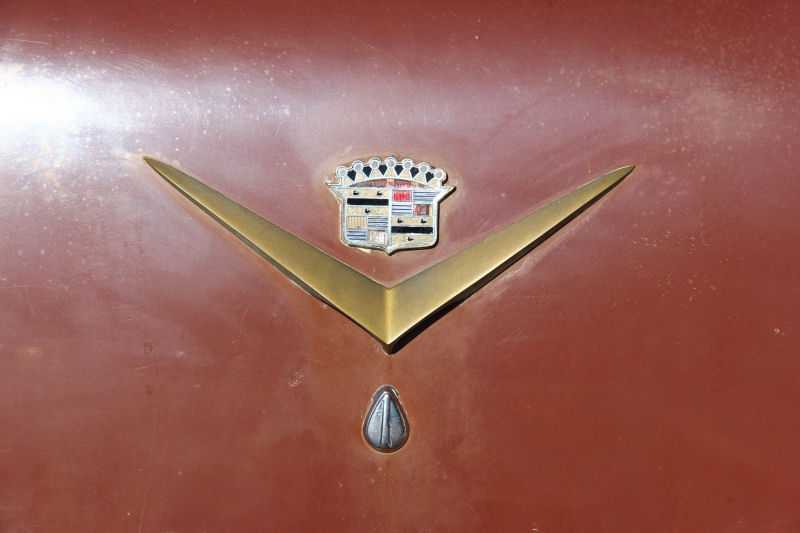 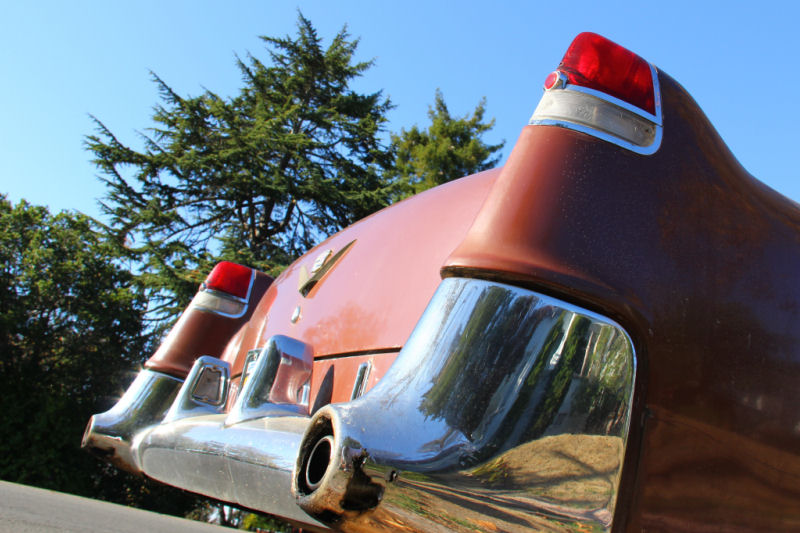 This car is in decent shape for its age, a good driver with what looks to be original Cocoabar Brown metallic paint with Pecos Beige roof. Maybe not the most eye-catching color combo for a vintage Caddy but it got my attention. Virtually everything on this car appears to be original and carries a well-earned patina. Unfortunately that may be Bondo in the right front fender where the paint is dull and cracked and the leading edge of the passenger door suggests that the car has been in a literal fender-bender at some point. The license plates are not original but are early black plates issued in 1963 or early '64 when the Cadillac was just a used car. With all that chrome, fat whitewalls and full hubcaps the Series 62 has a fine street presence. It may be no Eldorado, but it's still a classic Cadillac.
Posted by Jay Wollenweber at 12:00 AM