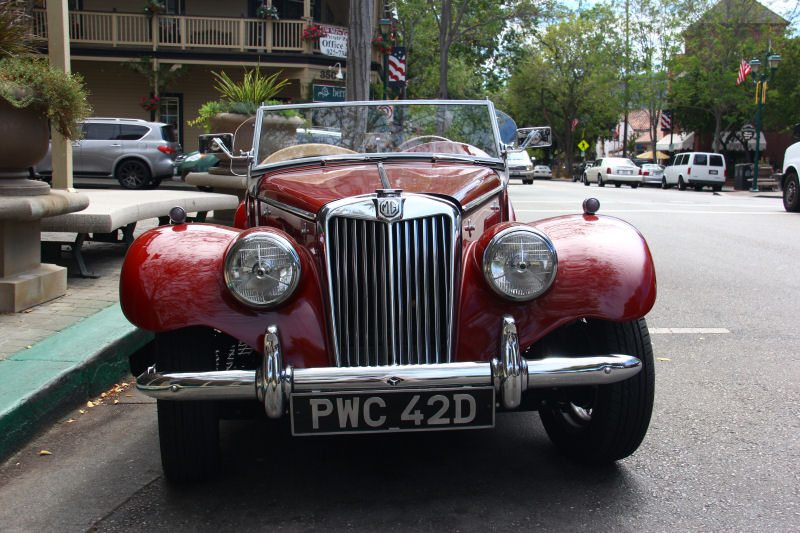 I guess I went hog wild photographing this one. I typically don't pay much attention to old British sports cars but this first-year MG TF caught my interest. Where I work, a fellow comes into the shopping center occasionally with a beautiful black '55 TF roadster, and since I first saw it I've wanted to spot one on the street to feature. This one was out on Pleasanton's historic Main Street and it is lovely. 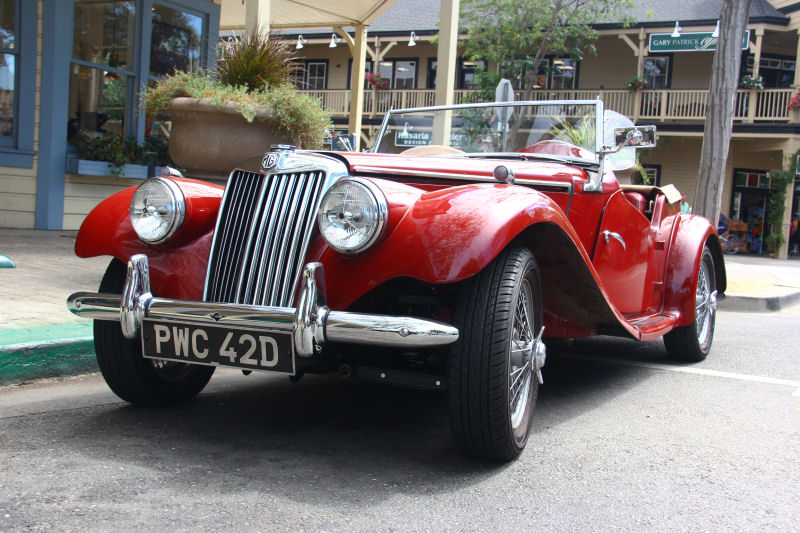 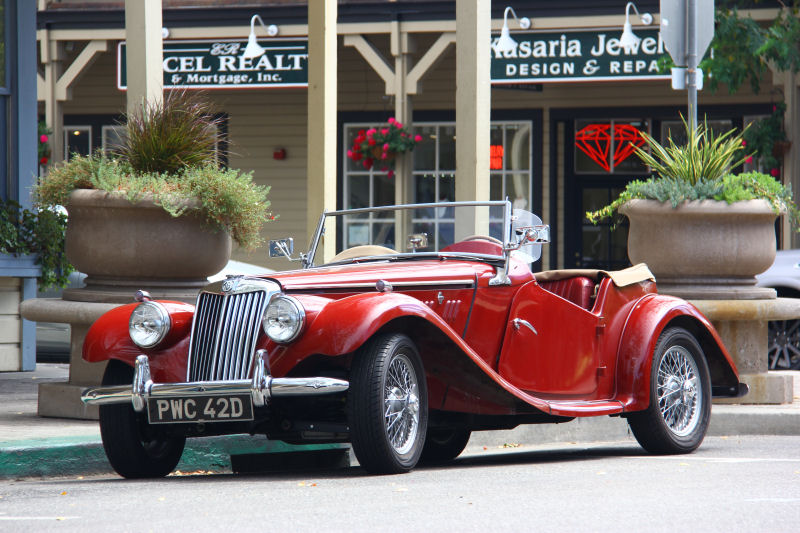 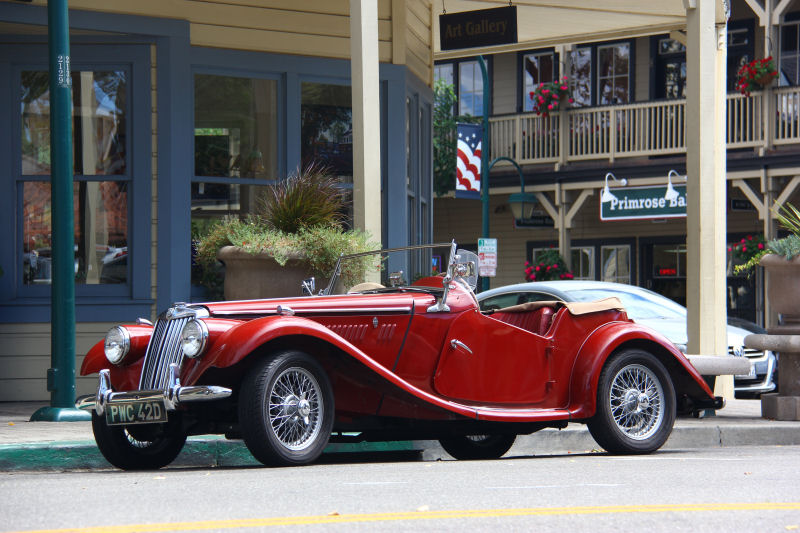 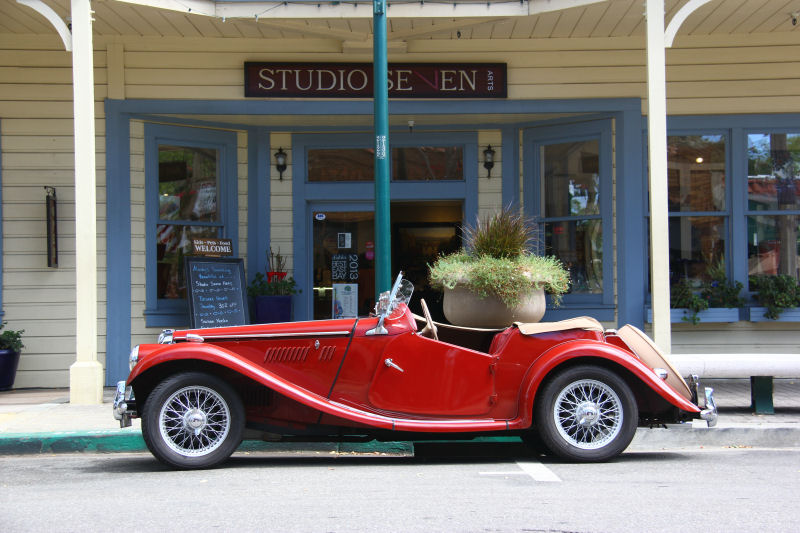 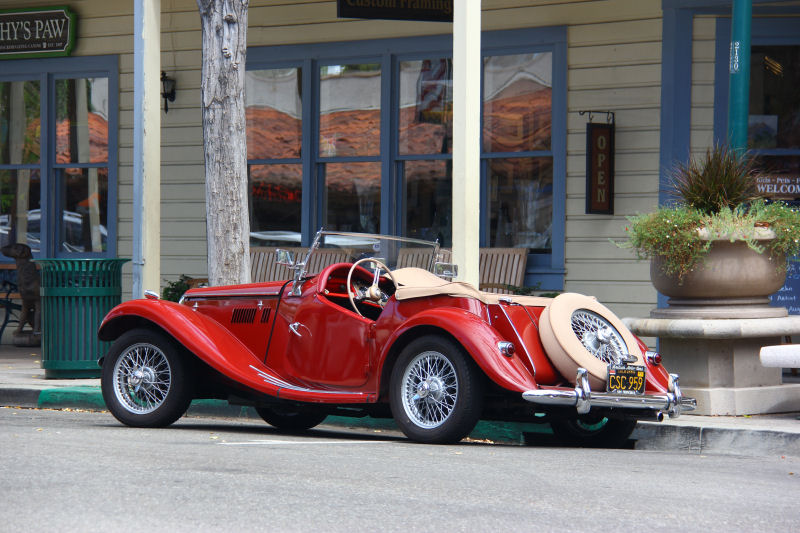 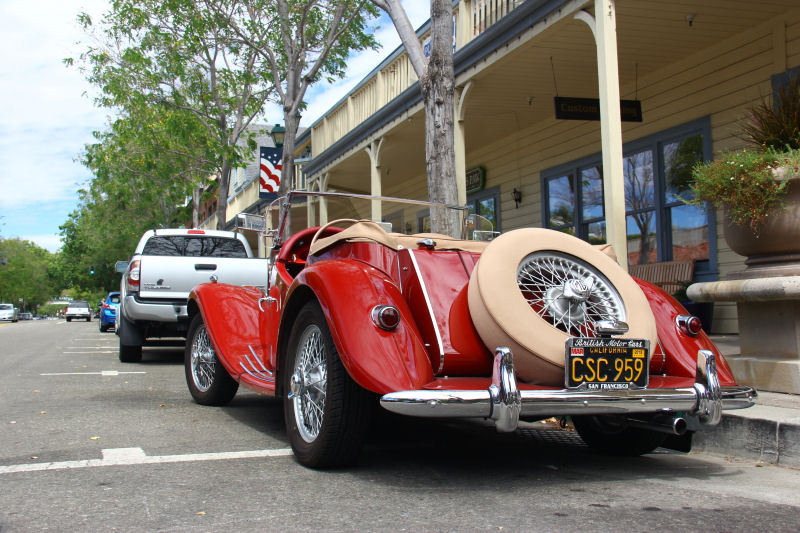 The owner came over while I was taking pictures and wondered what I was doing. Understandable. Most people take a snapshot with their iPhone and leave. I took almost two dozen from all angles with my DSLR and hung around the car for several minutes. It isn't every day that you come across such a cherry-perfect classic MG. And when you do, there's a chance it's a fiberglass replica on a VW chassis. This is the genuine article. 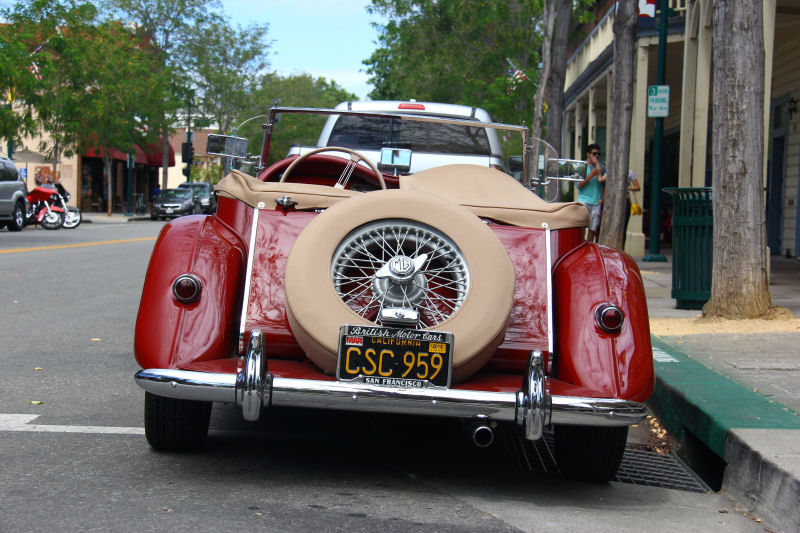 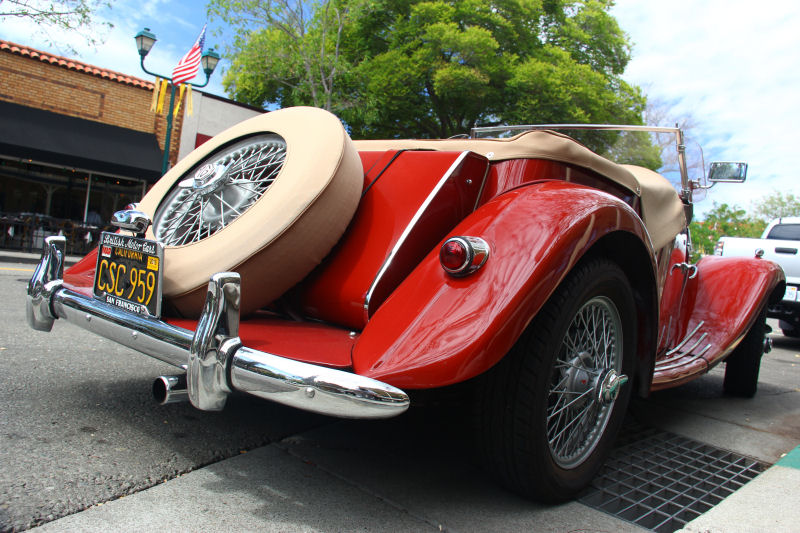 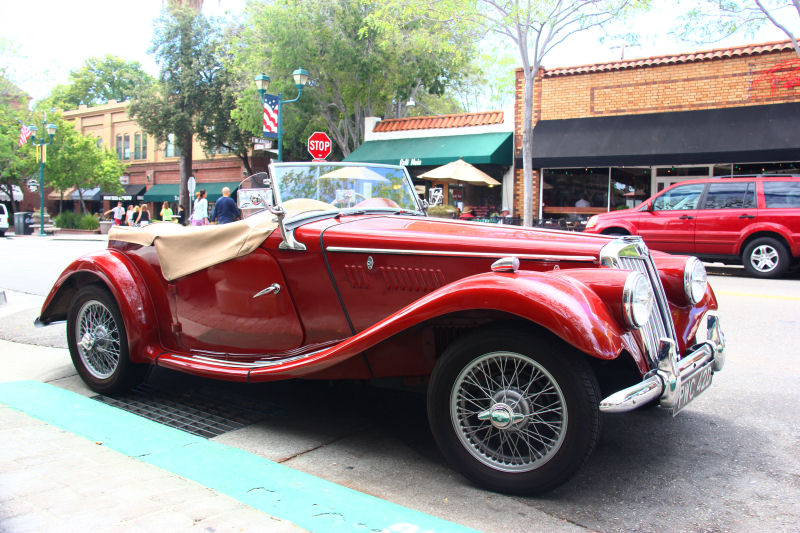 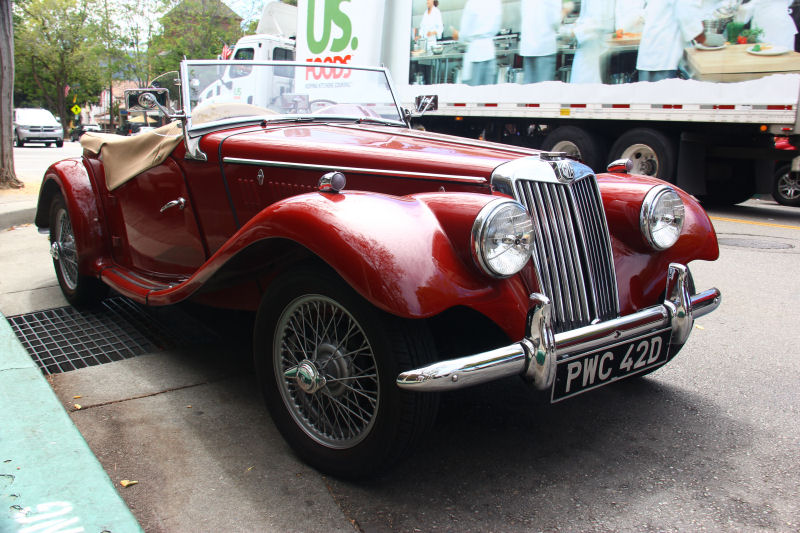 One of the unique details of a TF-series MG is the dashboard. The MG logo is octagonal, and that design motif carries over into the shape of the radiator cap. On the TF the gauges and dashboard knobs are also octagonal, whereas on the predecessor TD they were round. The dainty three-spoke banjo steering wheel, rimless glass wind deflectors and ornately designed side mirrors are all interesting features. This one sports a soft tonneau that covers the passenger seat and most of the cabin when not in use, which snaps in place. Note the lack of roll-up windows; this is a true roadster and probably not something you want to be in when it rains. The TF was perhaps the first "modern" MG, with headlights faired into the fenders and a slanted grille for better aerodynamics. It didn't stray too far from its pre-war roots, though, as it still had manual everything, suicide doors and an exposed gas tank strapped to the body. 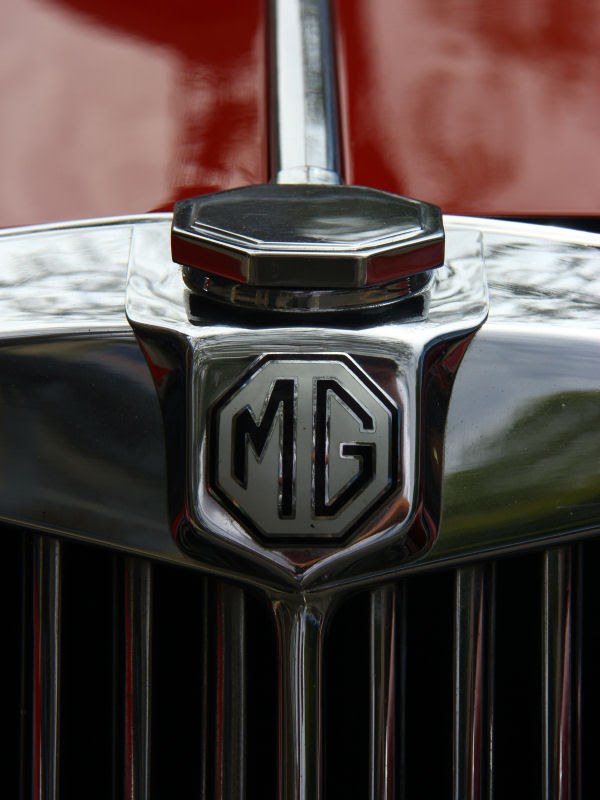 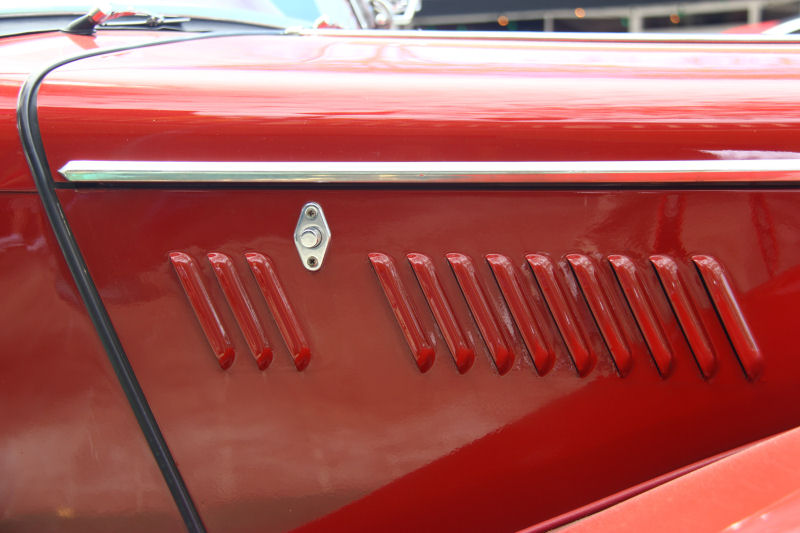 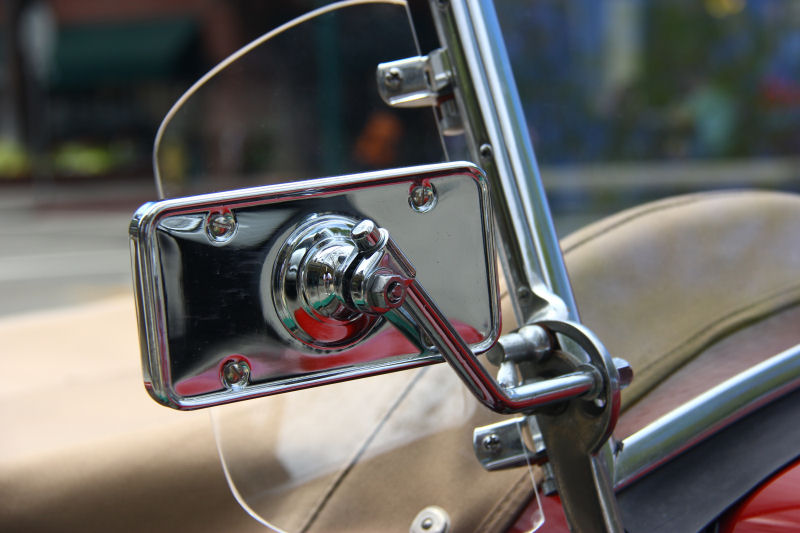 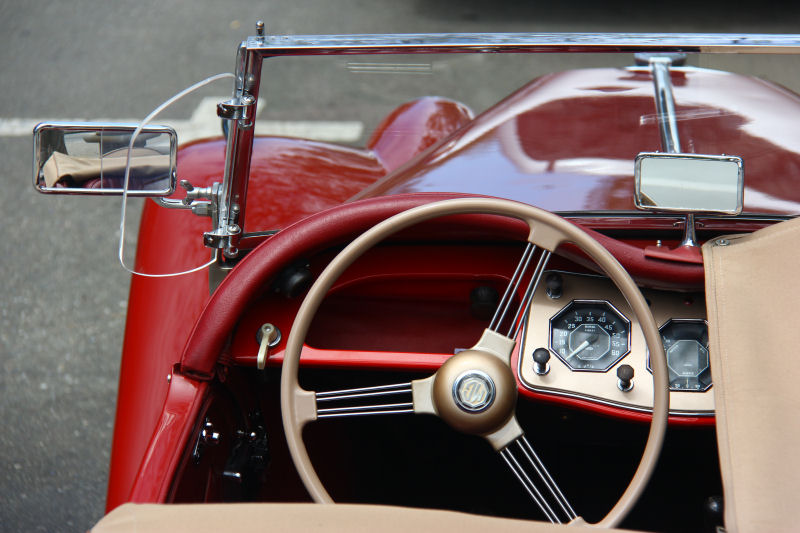 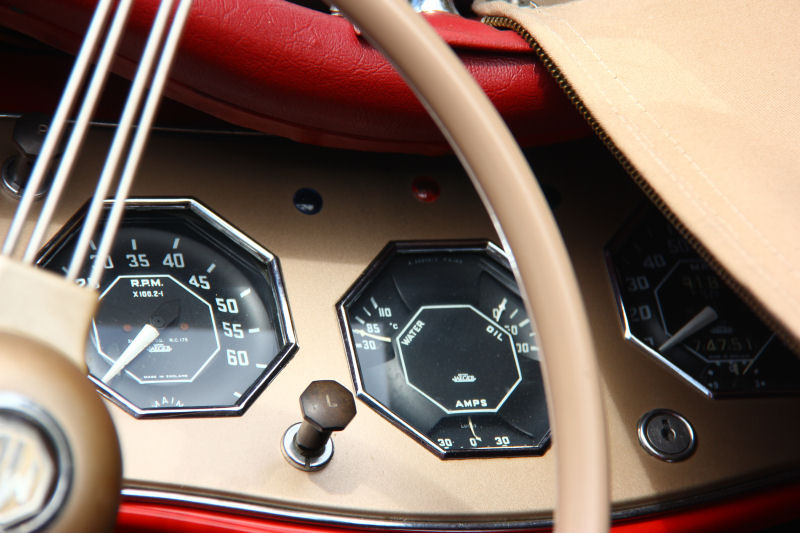 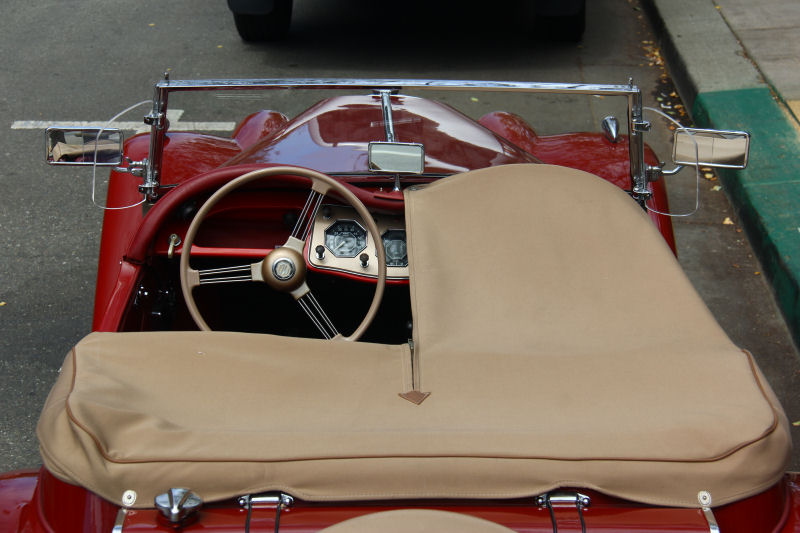 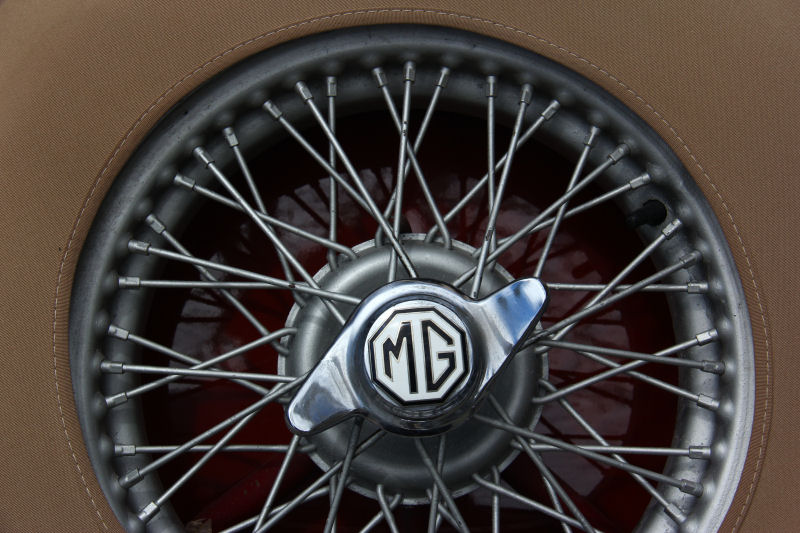 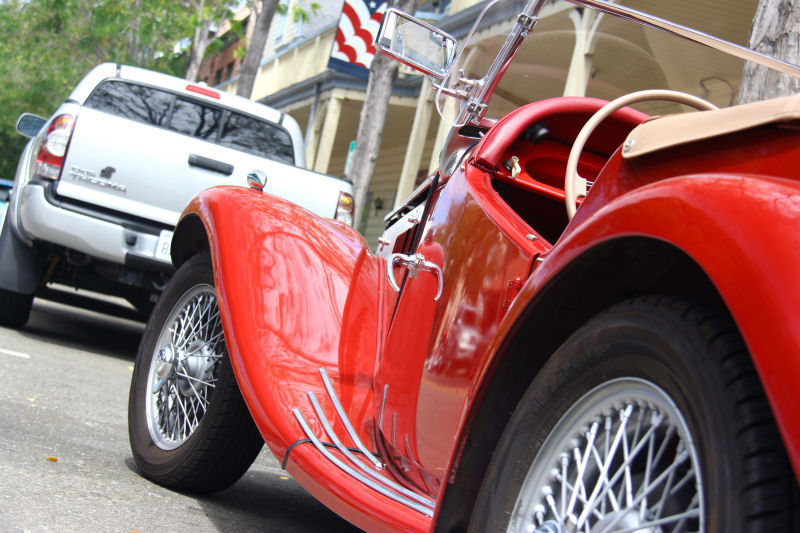 This car looks like it's been restored nicely but built to be driven. The modern radial tires mounted on the classic wire wheels are a hint to that. I'm hoping the hood was just loosely closed and that it fits better than it appears in the photos. I like the detail of the British Motor Cars San Francisco dealership license plate frame on the rear plate. The front plate, PWC 42D, comes back as a 1966 Essex registration. Unusual on a car with a 1963 California plate on the back suggesting it's been in this state since before the UK plate was issued. In any case, it's a pretty little car and one I've been happy to see more than once on the streets of Pleasanton.
Posted by Jay Wollenweber at 12:00 AM