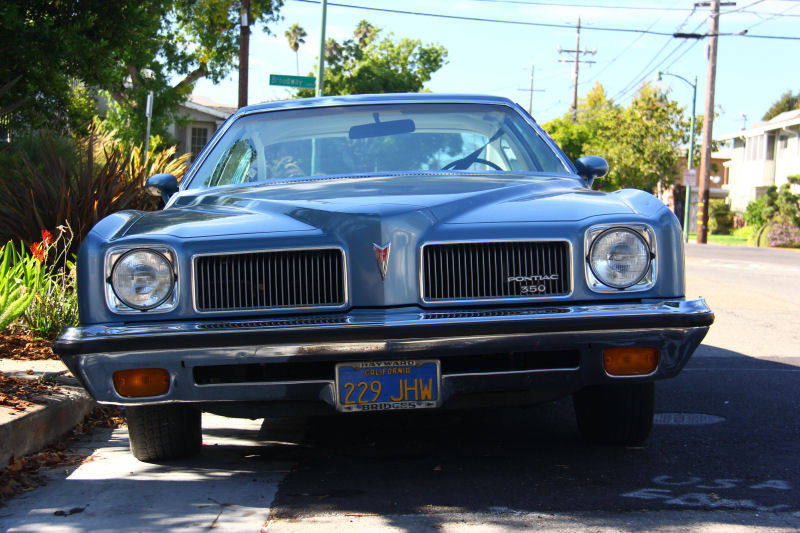 For most car brands, 1973 wasn't a banner year. It's memorable mainly for bad things, like the OPEC oil crisis and the beginning of federal 5-mph bumper standards. A lot of cars that year were retreads of 1970 or '71 models. For General Motors, 1973 brought the introduction of the midsize A platform's all-new "Colonnade" body. Colonnade refers to the style of roof pillars GM employed to allow frameless door glass without building a traditional hardtop. This was intended to allow the car to perform better in a rollover crash. The change was sort of a big deal since it meant a new Chevelle, new Olds Cutlass, new Buick Century and new Pontiac Le Mans. All of these models were huge volume sellers so getting them right was important. All mainstream Pontiac midsize models were now badged as Le Mans, with such option packages and styles as Luxury Le Mans, Le Mans Sport, Le Mans Safari (wagons), and for more adventurous buyers a GTO or new "European-styled" Grand Am could be specified. The Grand Prix luxury coupe was also based on the Le Mans this year. 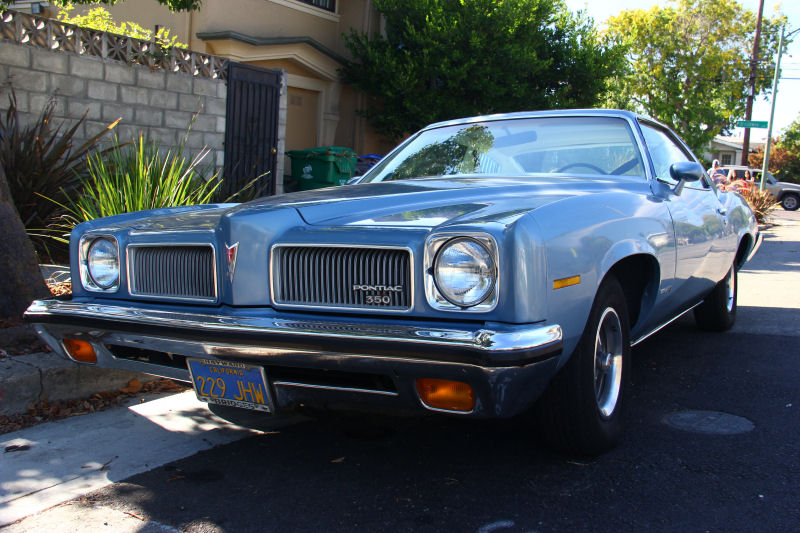 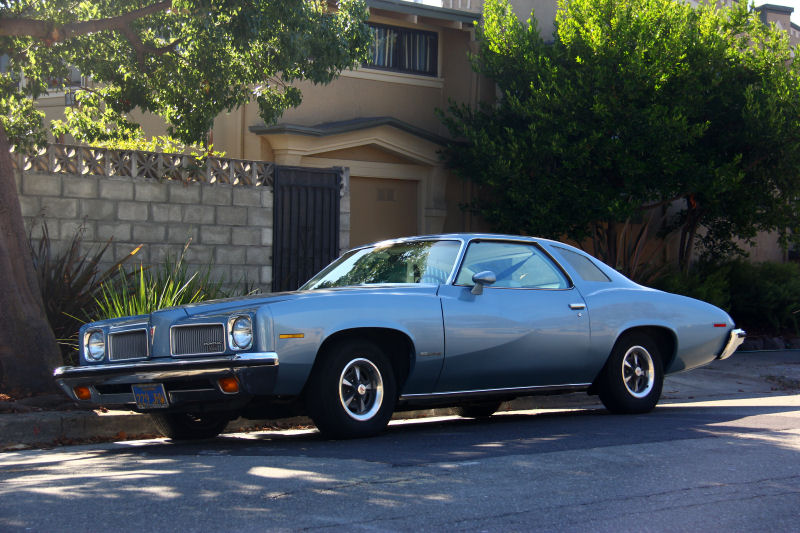 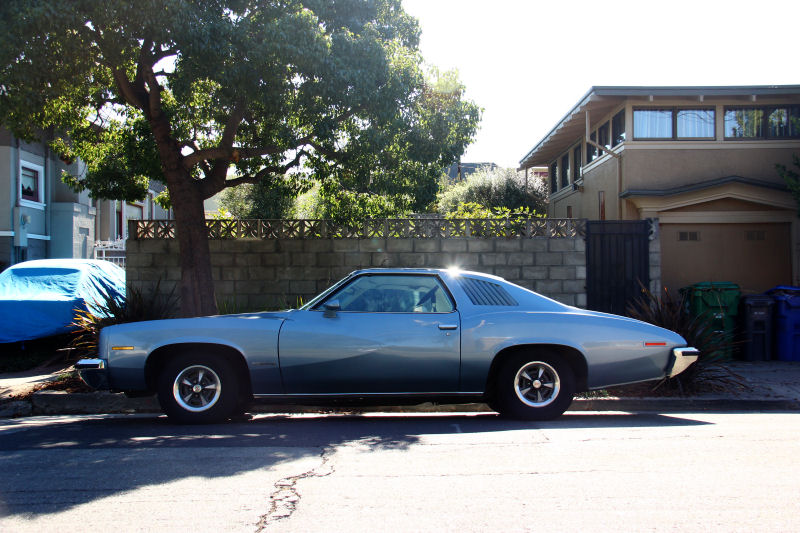 Unfortunately for enthusiasts, 1973 was a bad year for performance. Rising insurance and fuel costs coupled with more onerous government emissions standards had just about ended the muscle car wars. A Le Mans Sport Coupe like this came standard with a 350 V8 making 150 horsepower. Bigger engines with performance carburetors were available but even the mighty 455 big block with a four-barrel carb topped out at just 250 ponies. 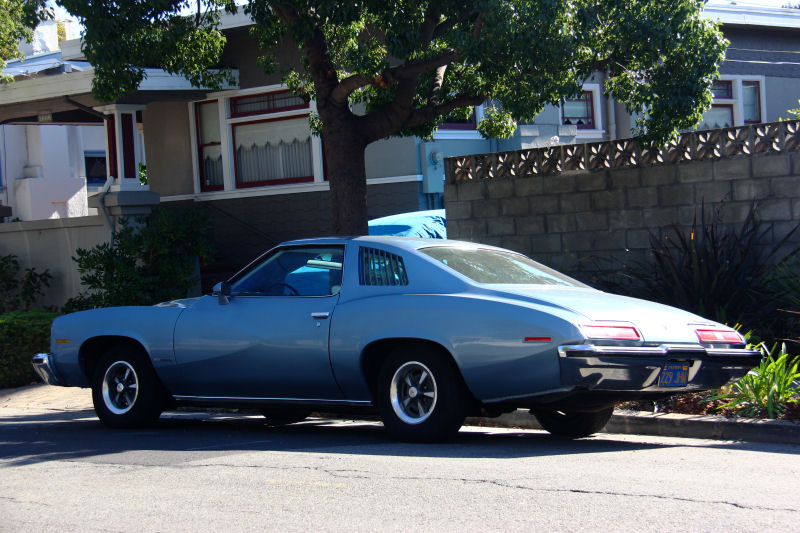 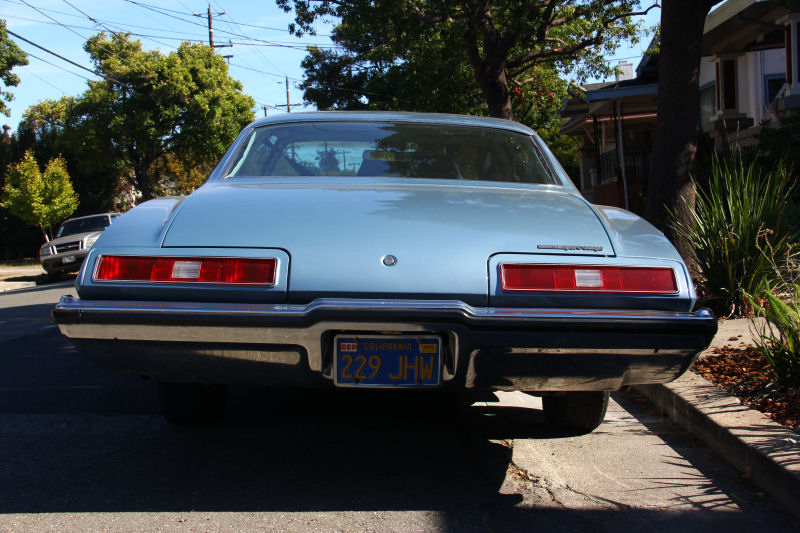 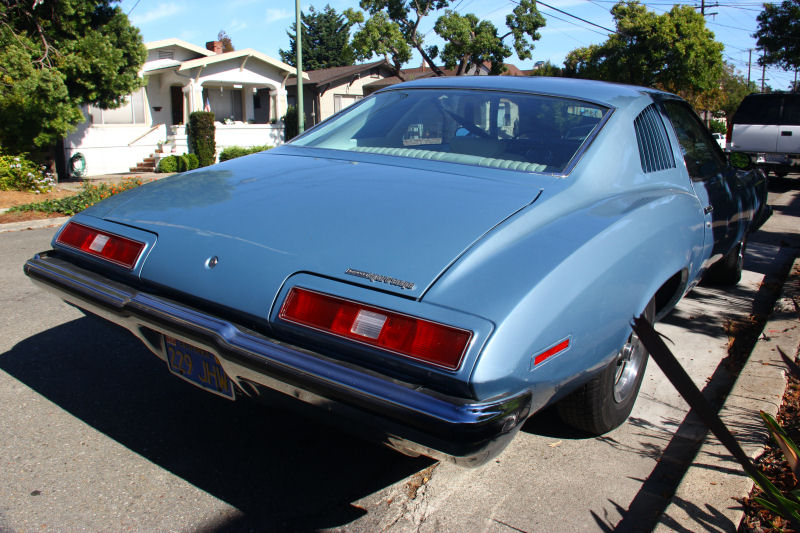 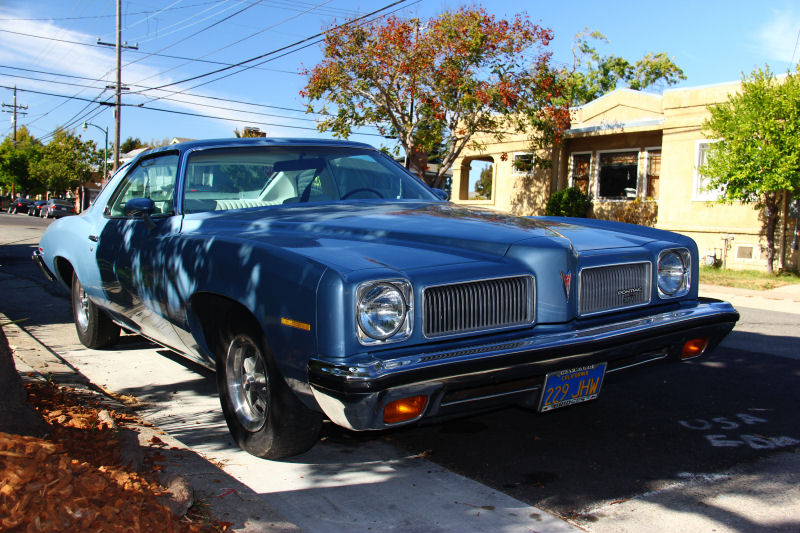 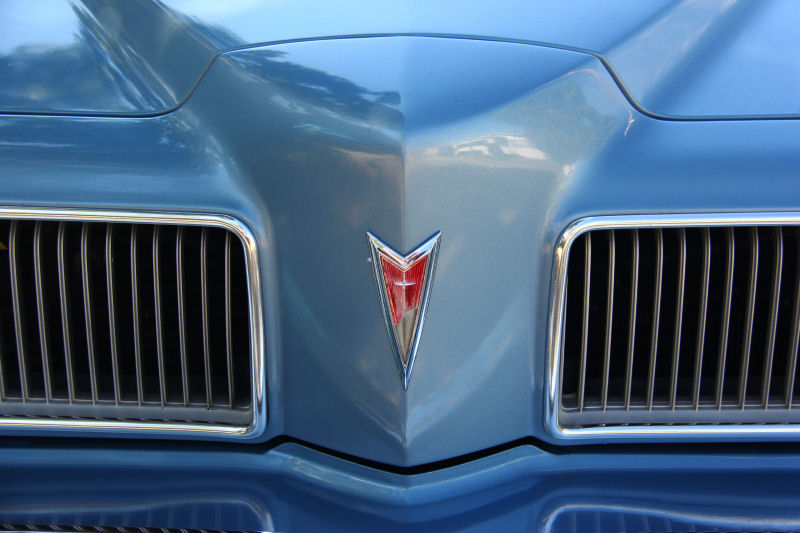 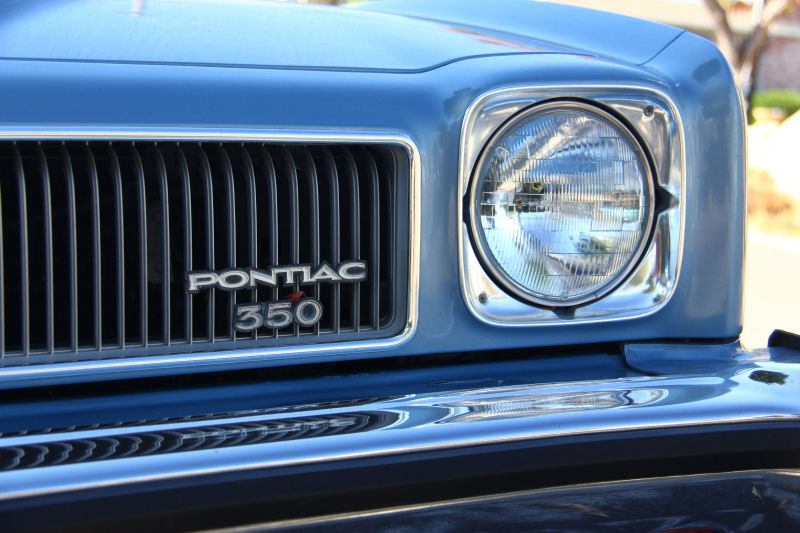 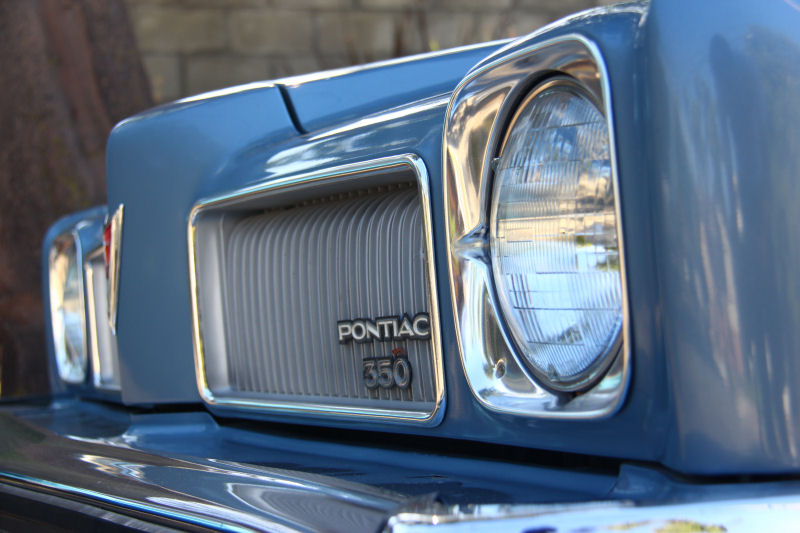 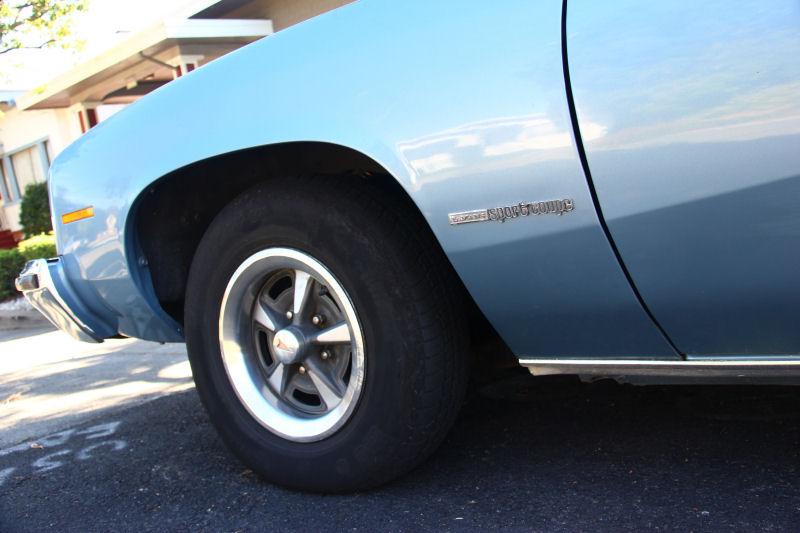 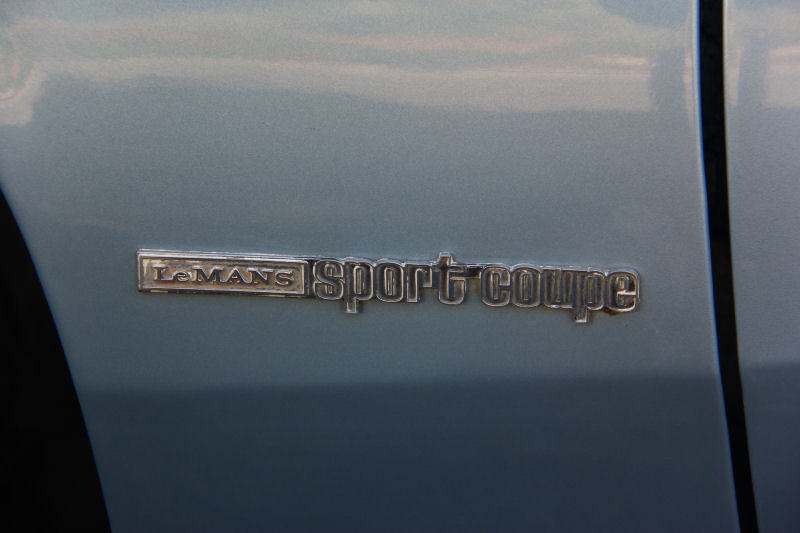 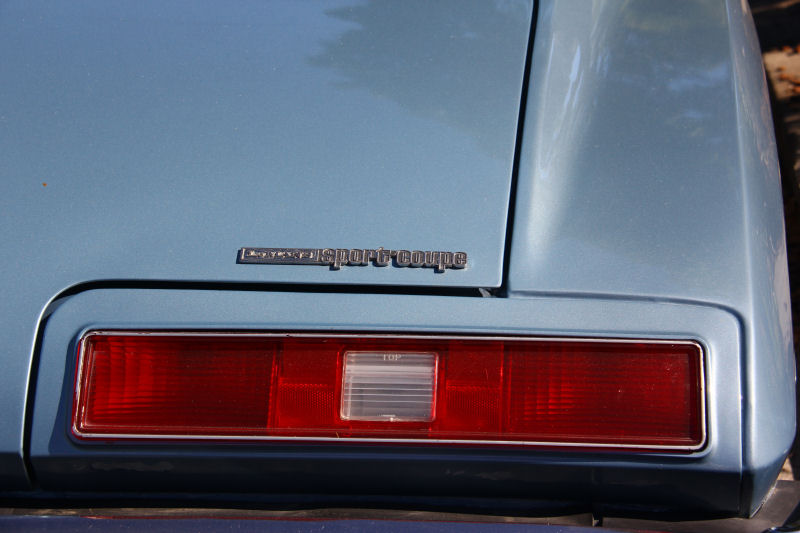 The body design features sculpted fenders and rear quarter window slats for a sporty look, with a blocky front end and pointed mini-prow as was popular in the era. The rear end almost looks like it was designed for a different vehicle, sloping off to a point with a large rubber-tipped chrome bumper attached underneath. The trunk looks like an afterthought designed around a pair of parts-bin taillights. Awkward styling details aside, as far as a '73 Le Mans goes, this is a very nice one. I like the metallic light blue color with white vinyl interior, and Rally II wheels lend a muscular look to any sporty '70s Pontiac. I think I might be more partial to the regular Colonnade quarter window than the "Sport" louvers, both for visibility and just a more flowing, cohesive design. A car like this has great potential, and sometimes factory stock isn't the best answer. Now that it's smog-exempt in California, you could have a lot of fun under the hood.
Posted by Jay Wollenweber at 12:00 AM