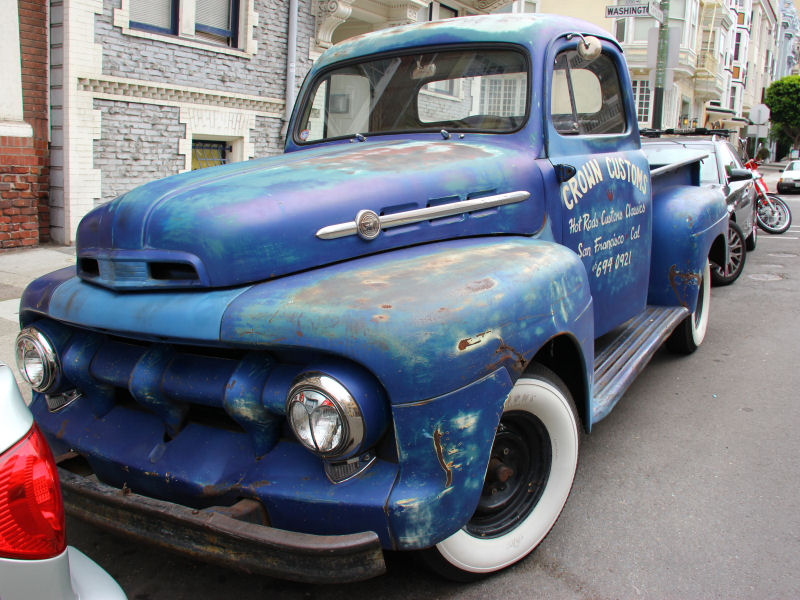 Some of the most interesting vehicles turn up when I'm not actively carspotting. I was with a friend in San Francisco, searching for parking near the Cable Car Museum when we happened upon this '52 Ford pickup. Ultimately we did find street parking and managed to visit the museum, but not before I took a moment to shoot the old truck. 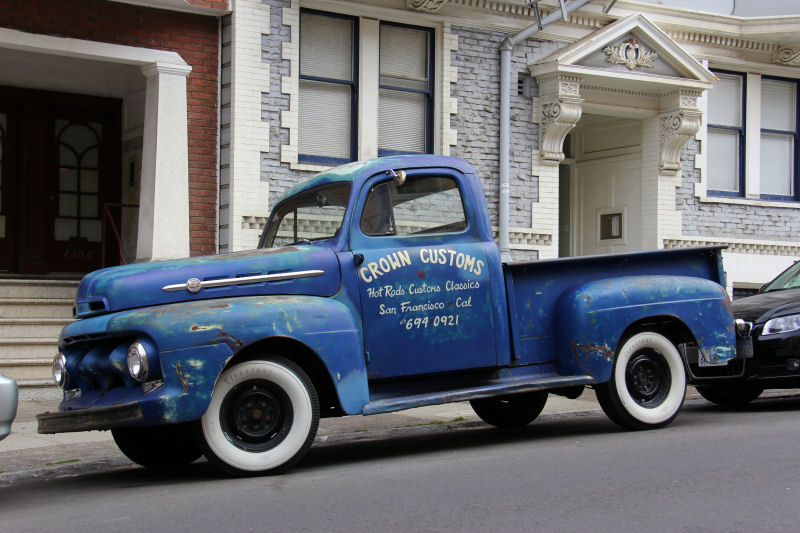 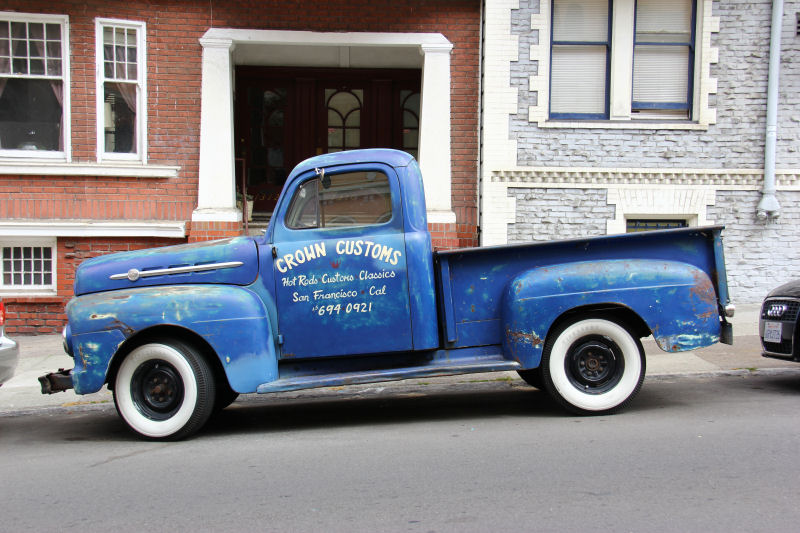 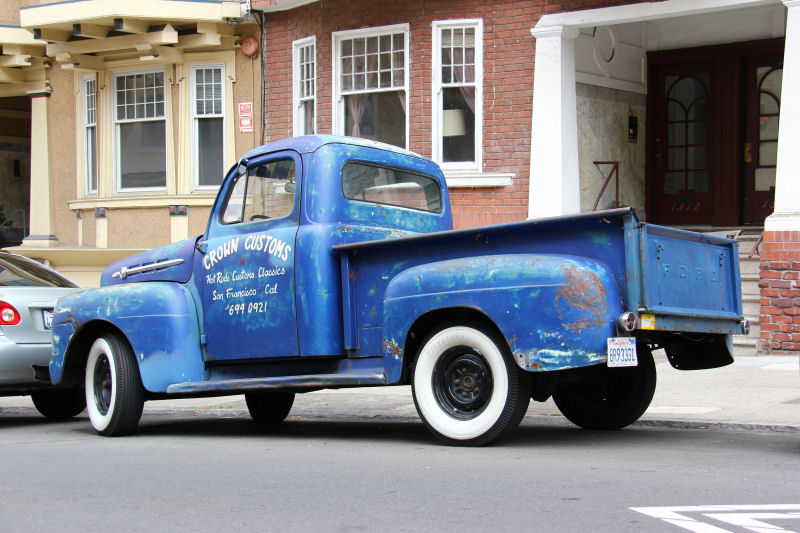 For many, the 1951-52 Ford F-1 is best known as the beat-up red scrapyard pickup from the 1970s TV show Sanford and Son. I don't see a lot of these things, as builders usually favor the older pre-war models or sleeker 1955-56 F-100s. The '52 F-Series is effectively a facelifted 1948 model with a new front end and wider rear window. These were the last F-1s before the F-Series switched to the F-100 naming convention and an all-new modern cab. A 1952 F-1 could be ordered with a 215 cubic inch inline six or 239 flathead V8, and a three- or four-speed manual on the column. No automatic for you, at least not yet. 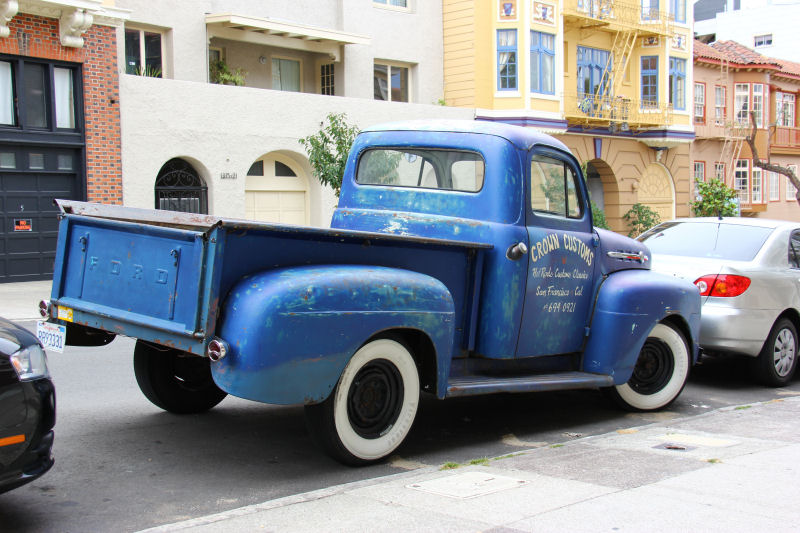 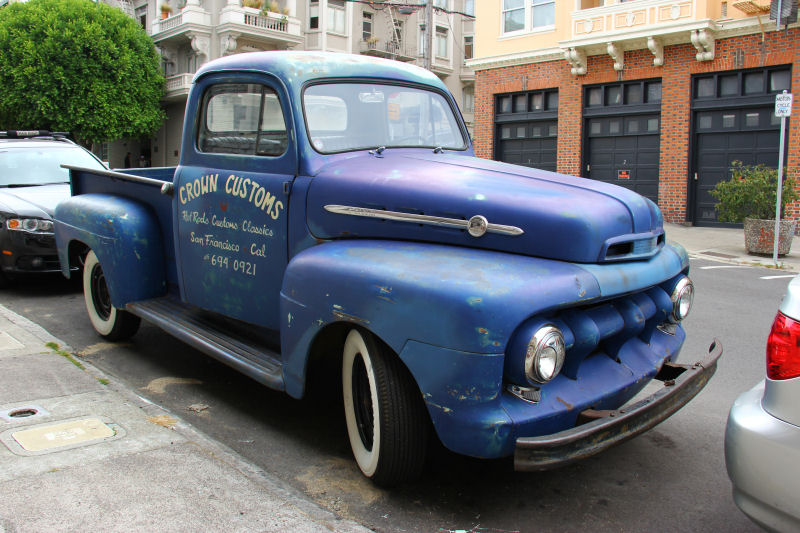 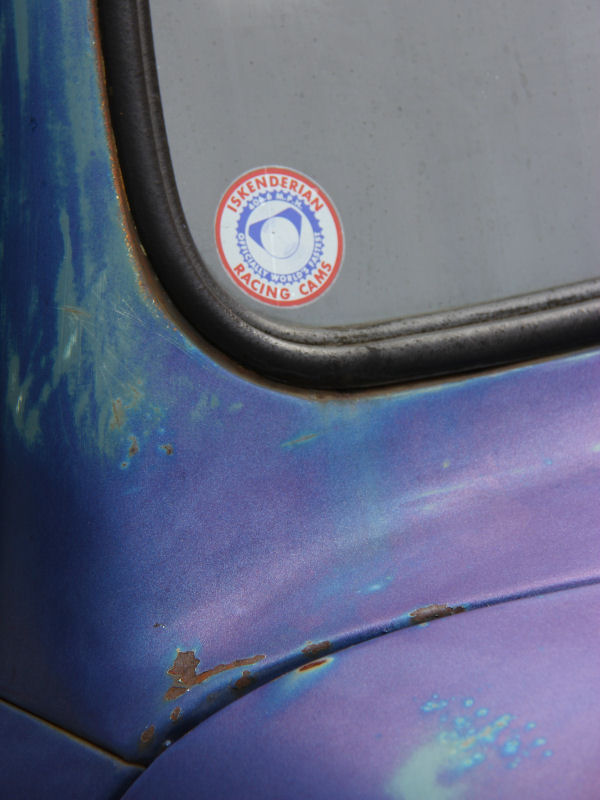 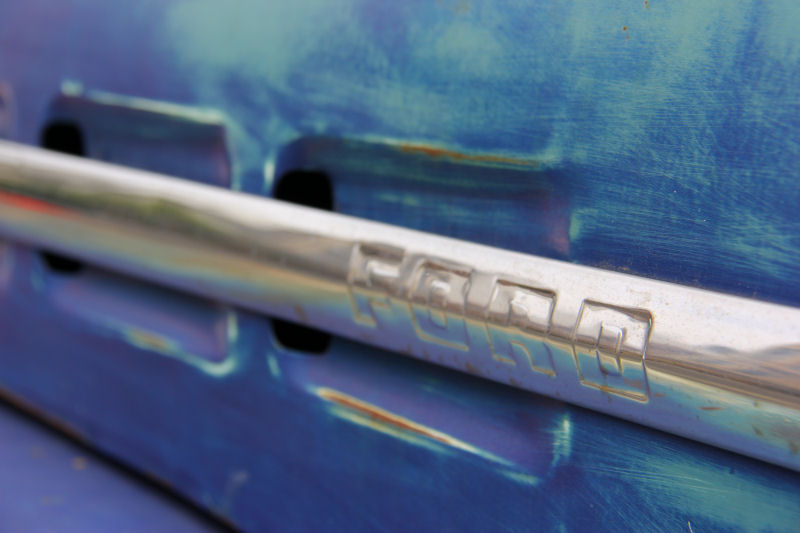 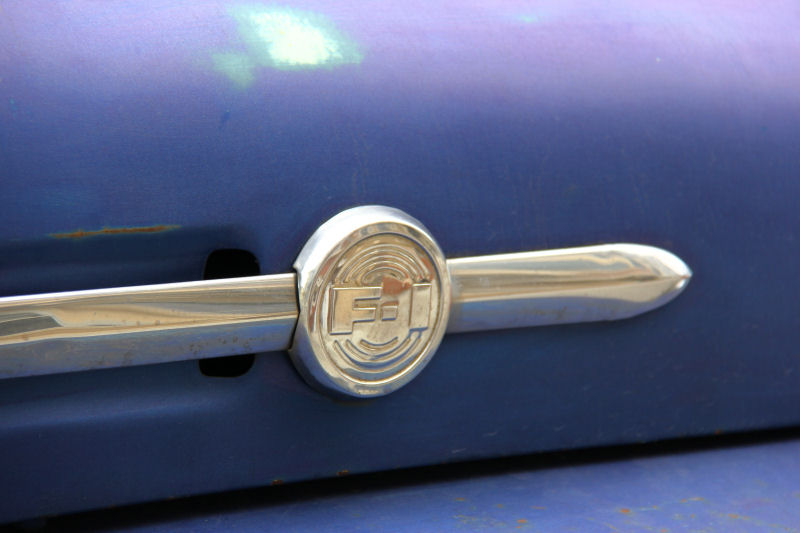 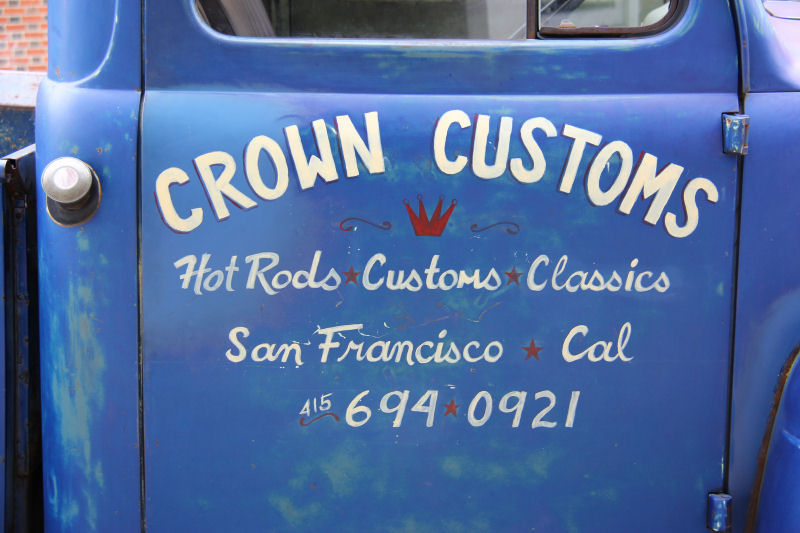 This pickup appears to be a shop truck or at least a rolling advertisement for Crown Customs, a hot rod shop on Van Dyke Avenue in the city. It features a patina that looks mostly earned, not faked, and the owner has shaved and filled the door handles for a mild custom look without going crazy like the poor '48 F-1 I featured years ago. That one suffered an atrocious roof chop and lowering that ruined an otherwise original pickup. This one has fat whitewall tires and black steelies to spice up an otherwise "tired" looking truck. I like the Iskenderian Racing Cams sticker on the windshield; who knows how old that might be. I just might have to pay a visit to Crown Customs someday. It seems like a cool place.
Posted by Jay Wollenweber at 12:00 PM