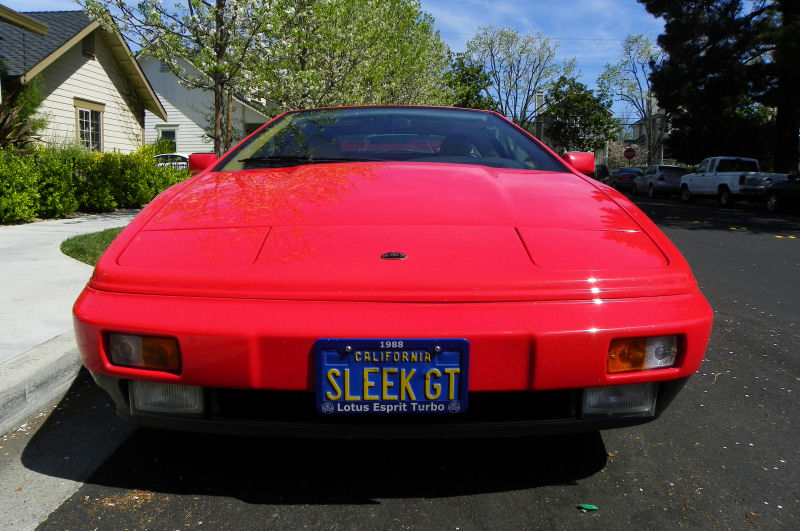 One of the first cars I photographed for this blog was a red 1988 Lotus Esprit. Now here's another. For some reason all the Esprits I find parked on the street seem to be red, as this is our third one. It's a very nice one, too. 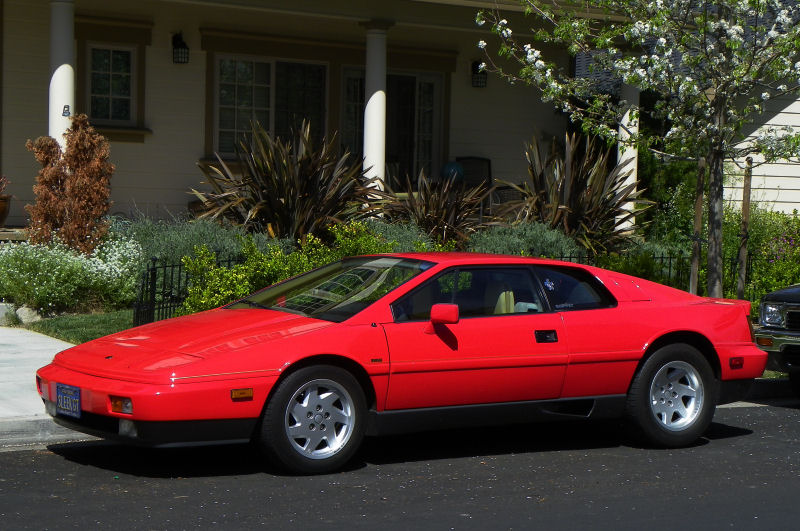 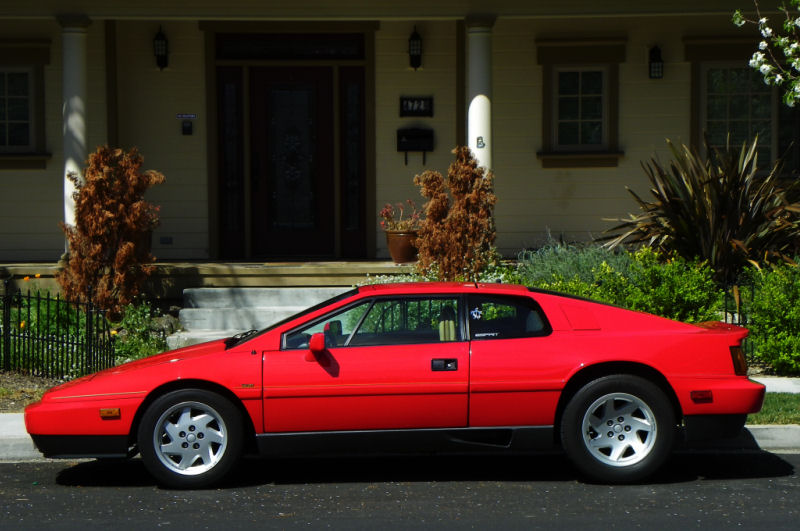 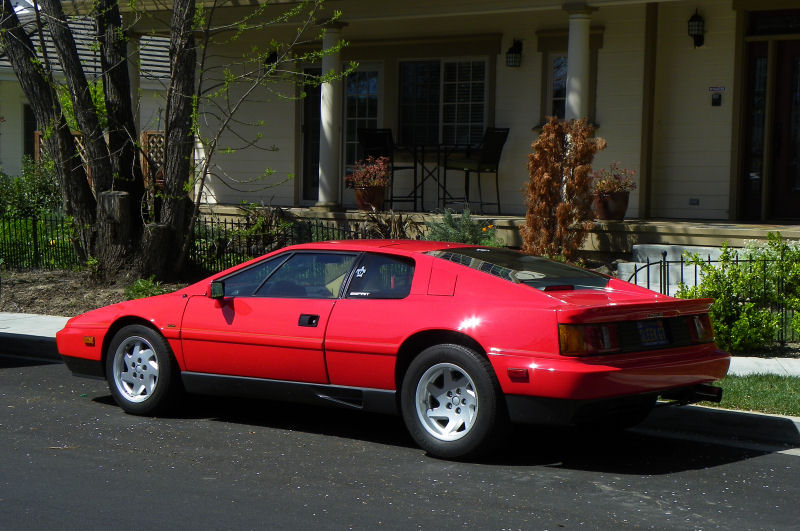 The Lotus Esprit was always one of my favorite sports cars as a kid. The Giugiaro body design and James Bond pedigree always appealed to me. The fiberglass-bodied wedge and its curious parts-bin mechanicals were a unique alternative to the howling Italian stallions that adorned Ron Kimball wall posters and that other plastic sports coupe from Kentucky. This generation of Esprit featured a turbocharged 2.2 liter four-cylinder Lotus engine good for 215 horsepower, roughly the same as a V8 Mustang GT of the time. A few Citroen bits found their way into this car, among them the transaxle and side mirrors (European cars of this era had Renault transaxles). Yes, the taillights are from a Toyota Corolla AE86. This is an '88 S3 model with Bosch fuel injection, but '89s received General Motors Delco fuel injection. Just because it has a four-banger doesn't mean it's a slouch -- these cars can hit 60 in less than 5.5 seconds. Later models from 1996 on could be had with a 3.5 liter V8. 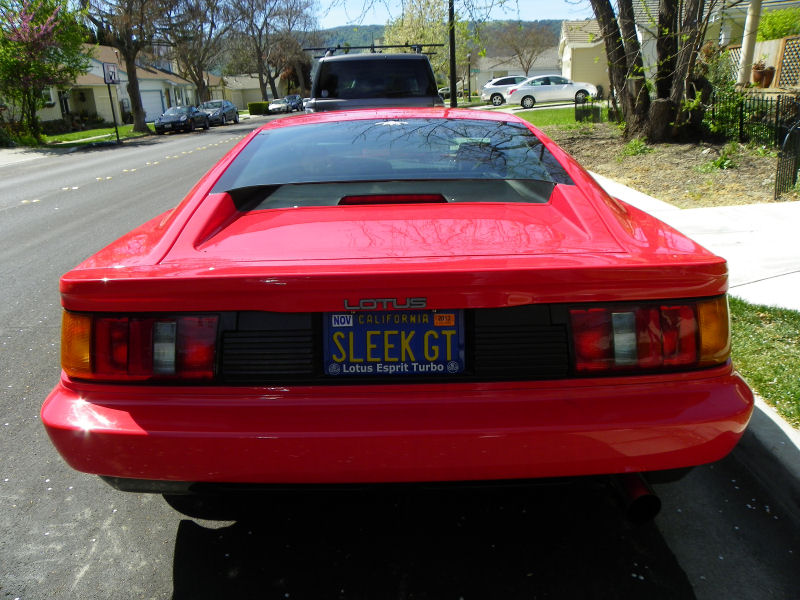 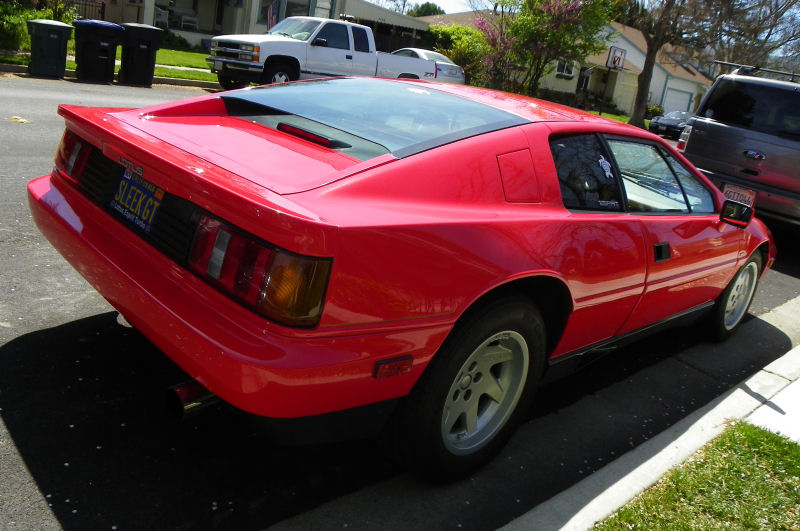 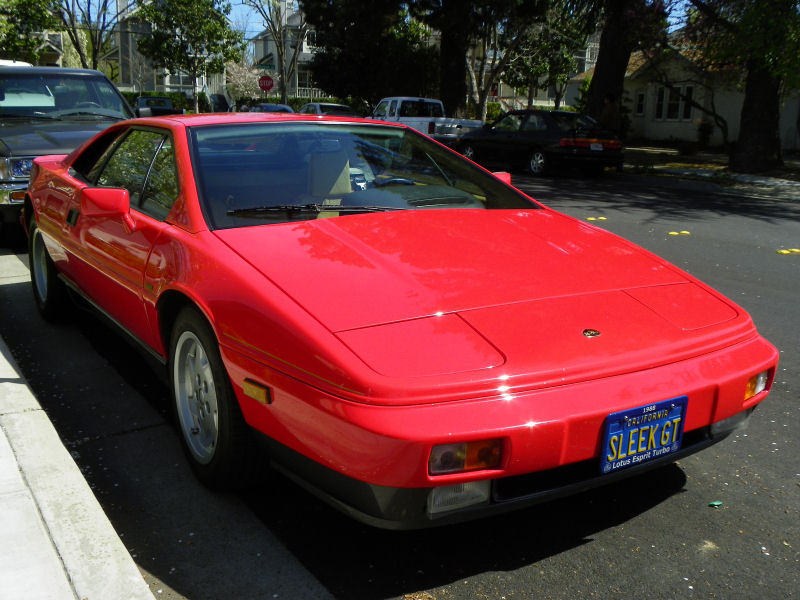 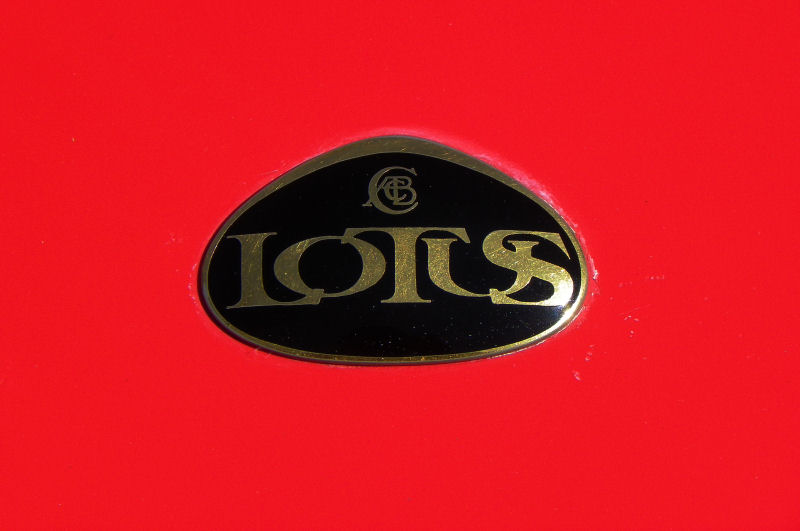 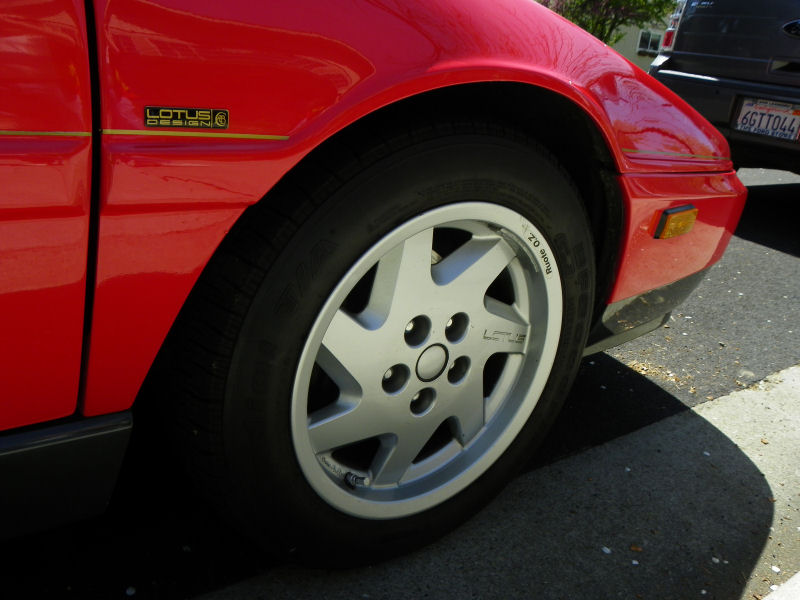 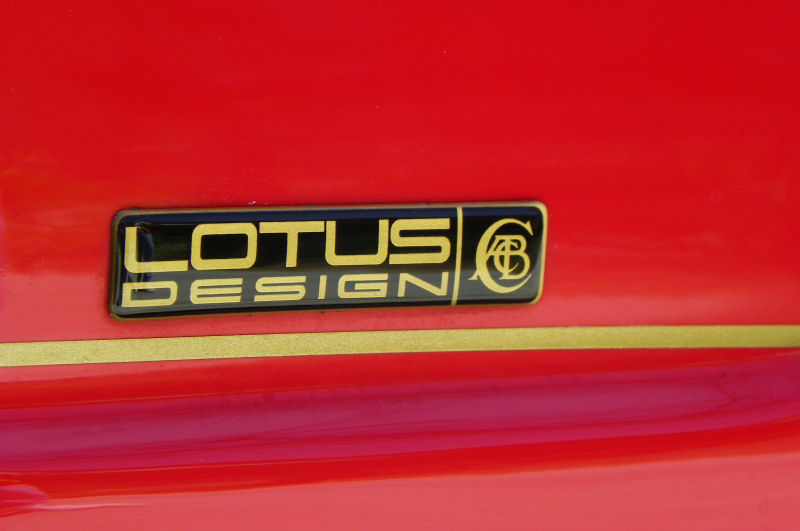 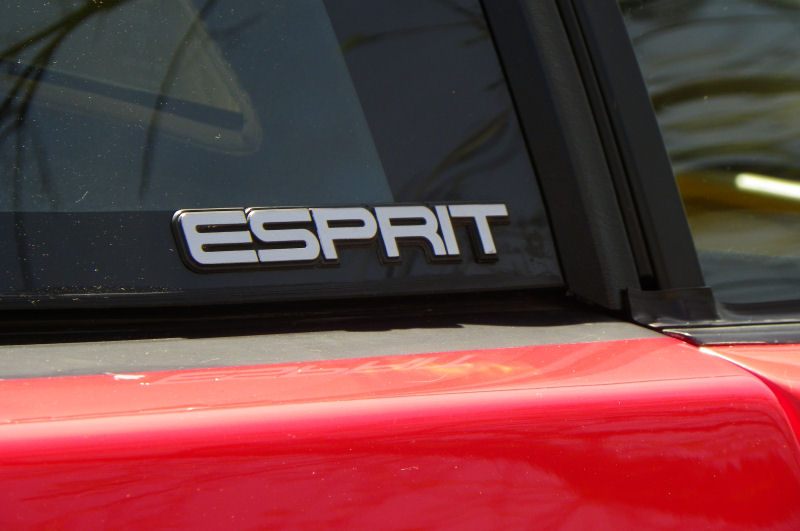 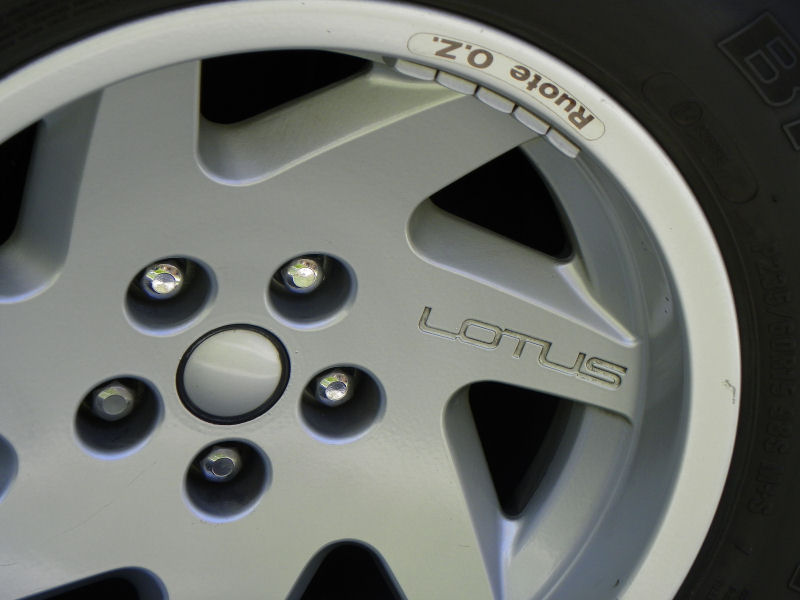 This is a very well-kept car with its original vanity plates, quite possibly a one-owner car. It reflects obvious pride of ownership. I don't know if the gold pinstriping is original, but it's kept simple and inoffensive. The body styling still looks relatively fresh for being based on a design from 1976. I still like it.
Posted by Jay Wollenweber at 2:30 AM