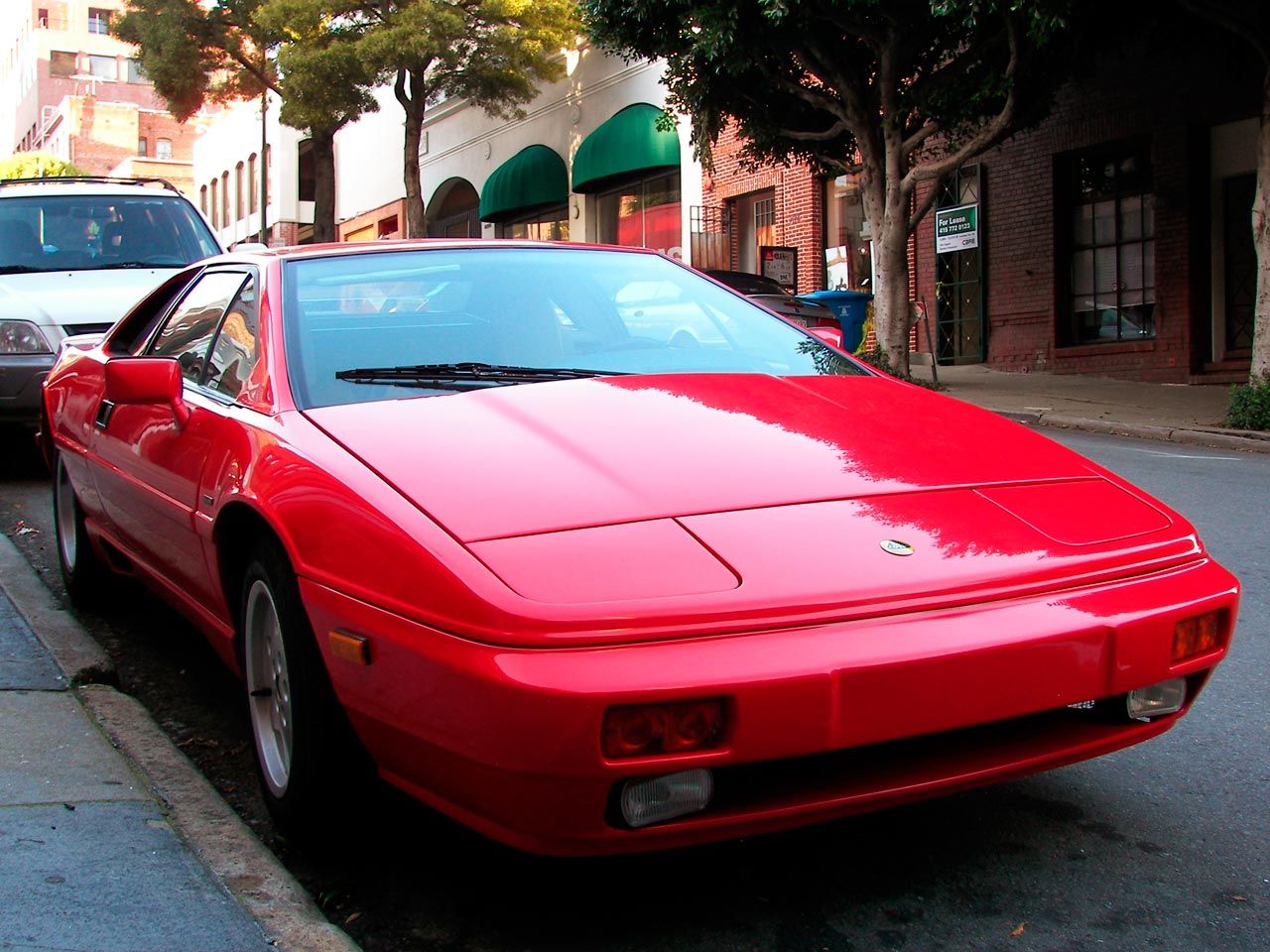 Coming in stark contrast to the older, squarer vehicles we've examined thus far is this 1988 Lotus Esprit I spotted in the Financial District of San Francisco. This baby was parked only a couple of blocks from the Transamerica Pyramid, fitting given the car's wedge shape. Interestingly, Transamerica's former headquarters were in another triangular-wedge-shaped building (now occupied by the Church of Scientology) just down the block from where this car was parked. 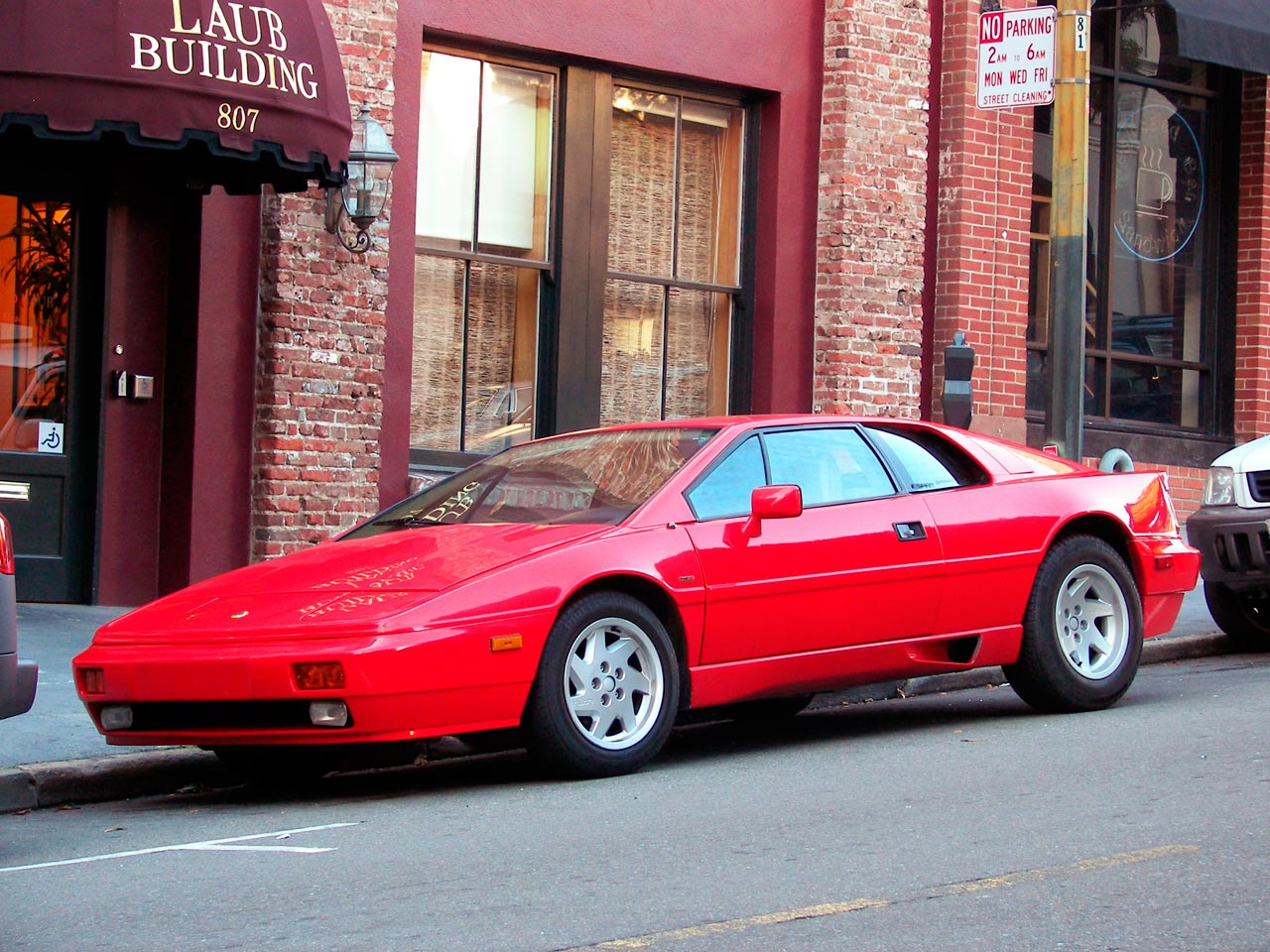 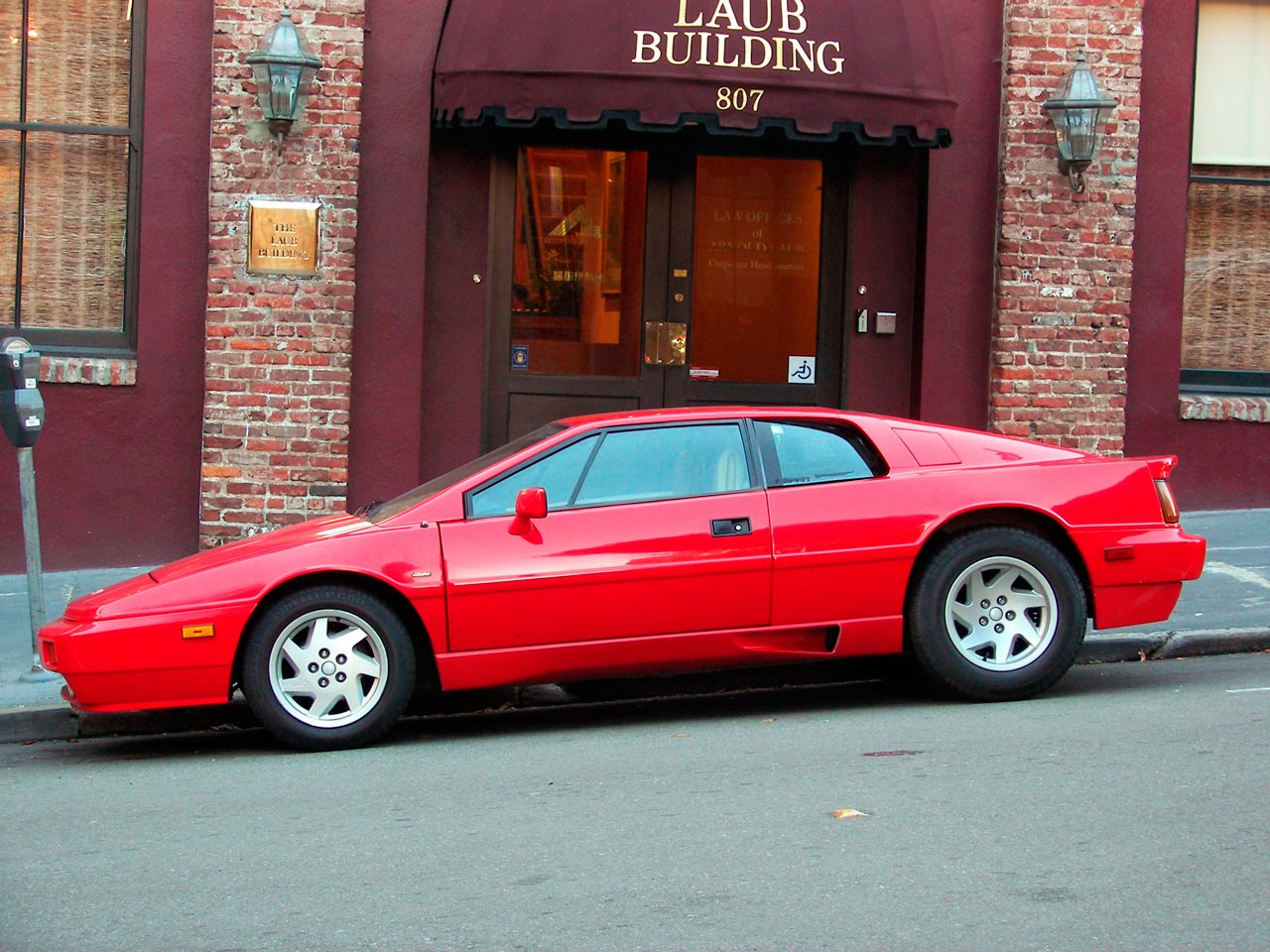 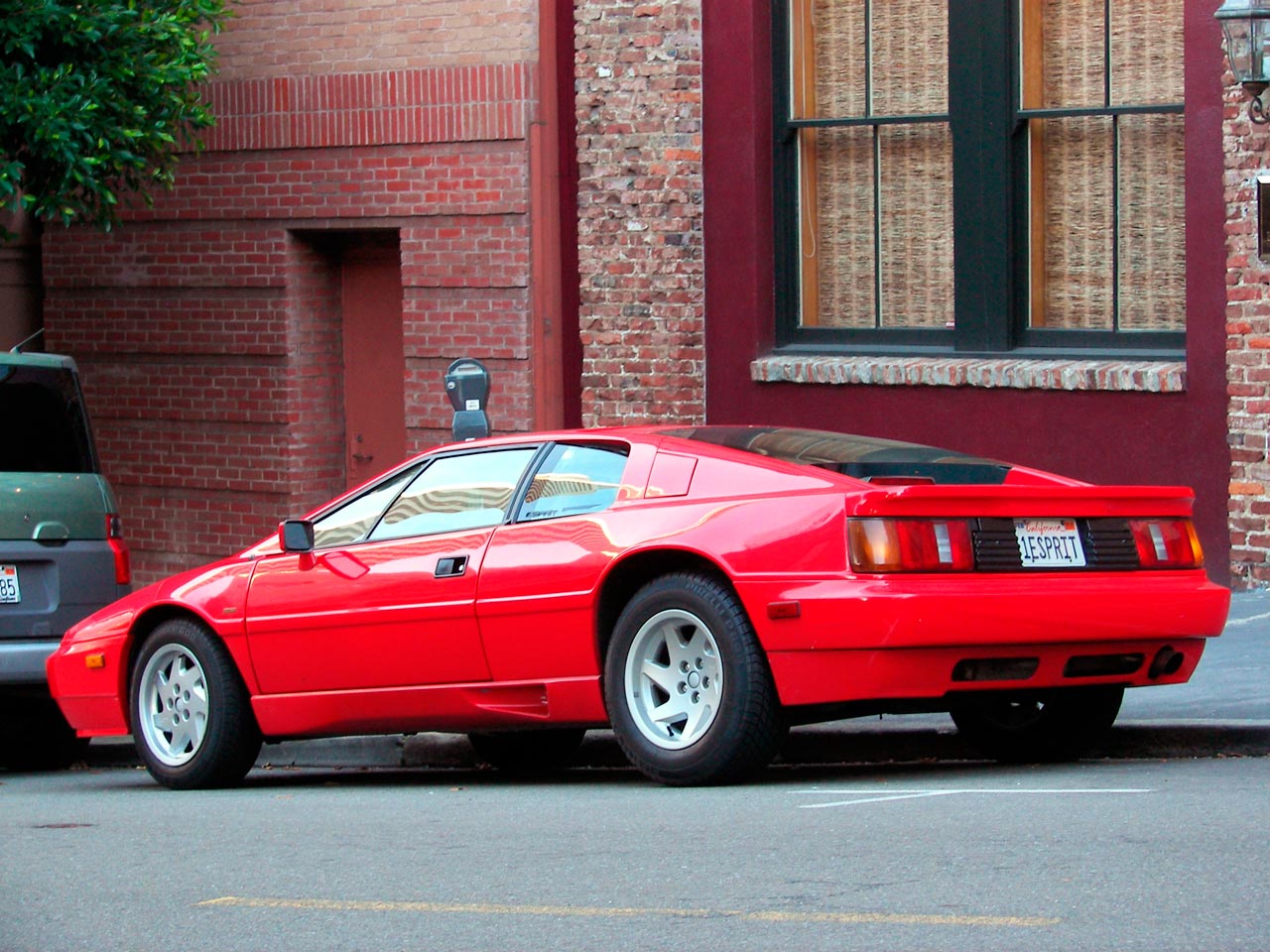 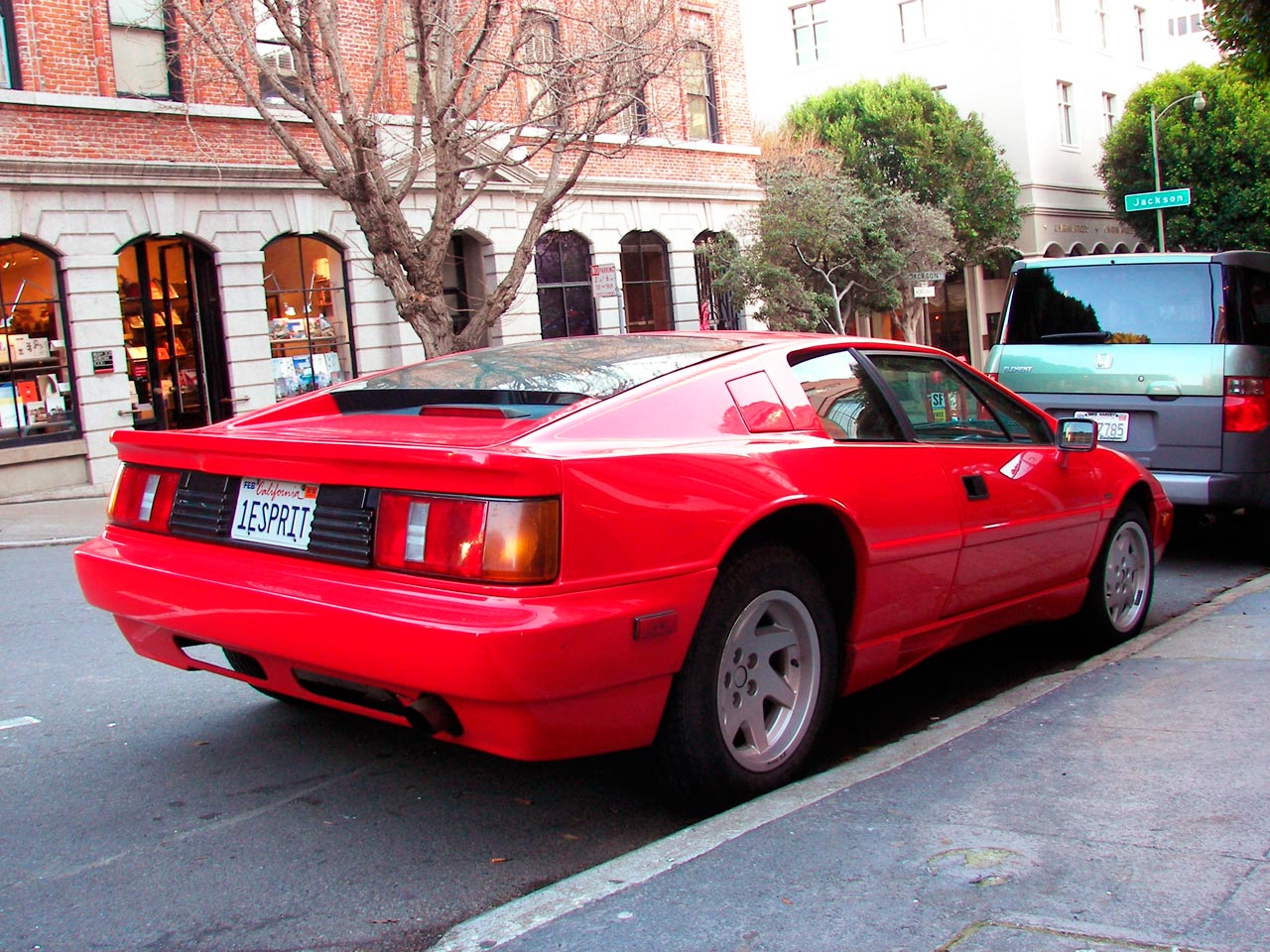 The funny thing about this generation of Esprit is, it still looks fairly current more than 20 years after it was built. When you factor in the basic Italdesign body design dating back to the early 1970s, it must have been really modern looking back when it was first unveiled to the public. The car received a facelift in 1987 which kept it looking fresh. According to Wikipedia the 1988 US-market cars had a Citroen gearbox. Interesting. I never found out which engine this car had but it was surely a four-cylinder displacing a little over two liters, probably turbocharged, with a 5-speed manual tranny. In print, that powertrain combo may sound small and pedestrian, but I'm sure this Esprit would be a hoot on a proper twisting coastal highway with no traffic and a good driver.
Posted by Jay Wollenweber at 3:45 AM