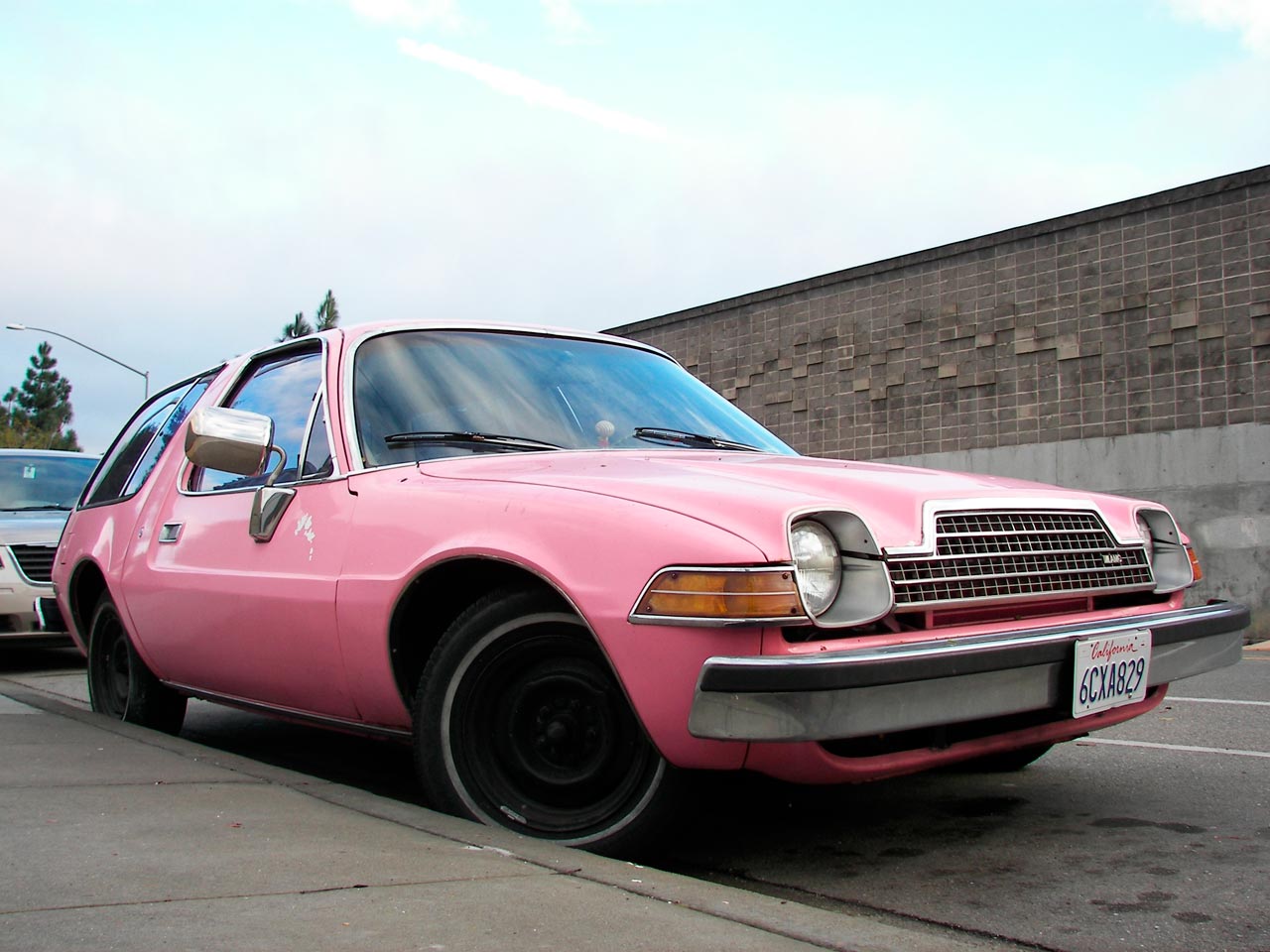 Why hello there. It's a Pacer. A pink Pacer. It's a 1978 AMC Pacer wagon. And even if it weren't pink it would still get noticed like a ... giant wide pregnant roller skate fishbowl thing. 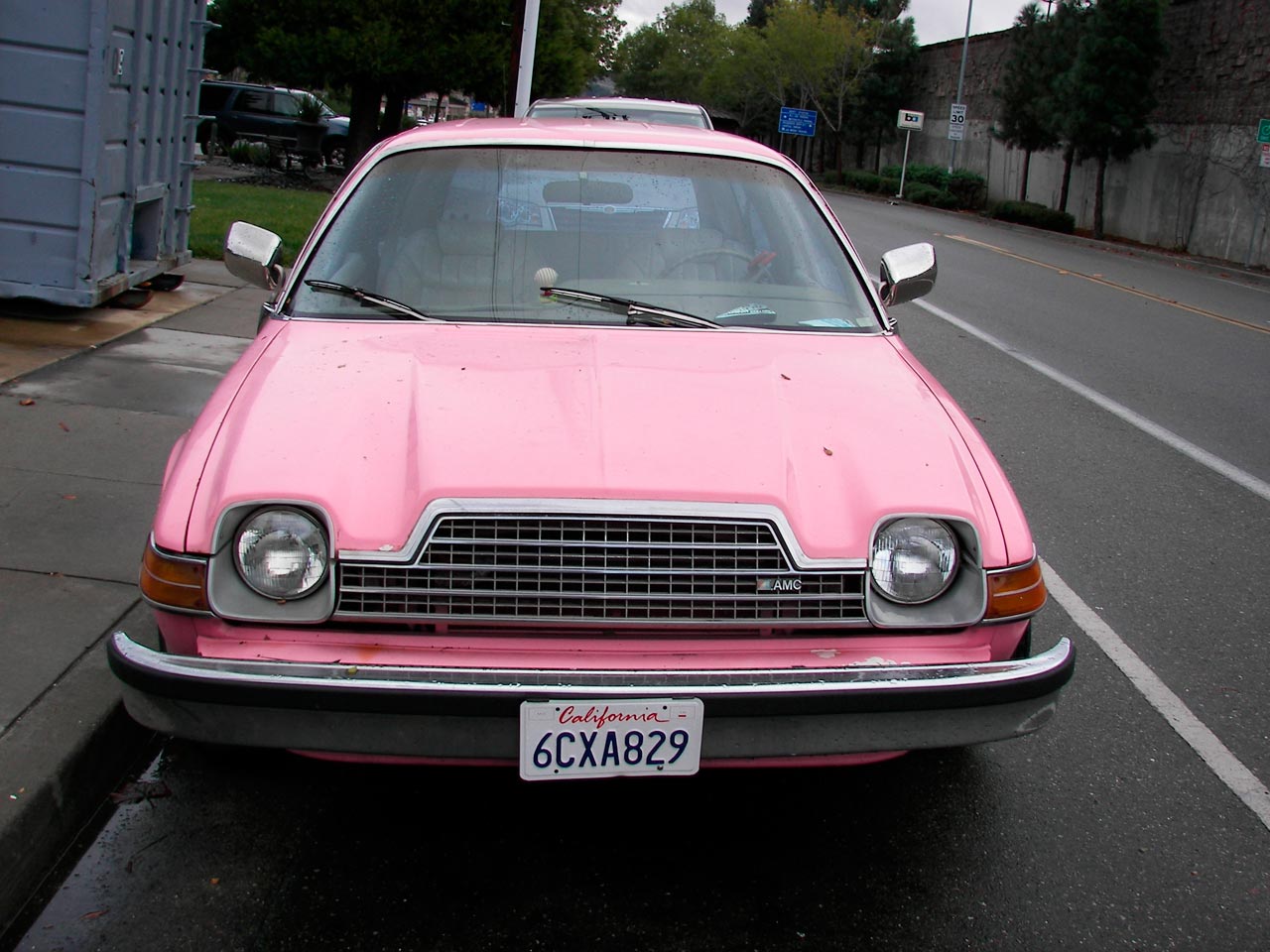 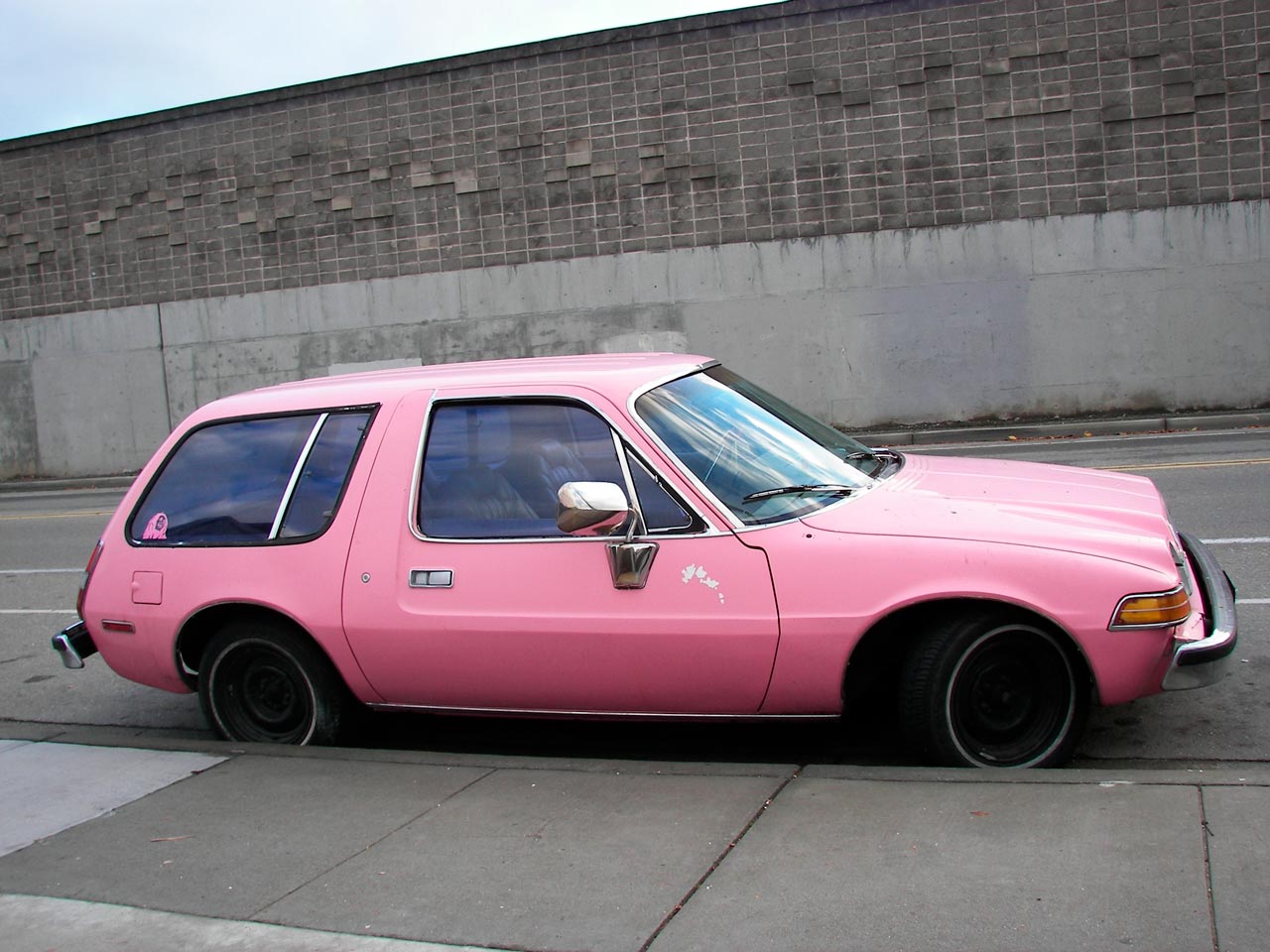 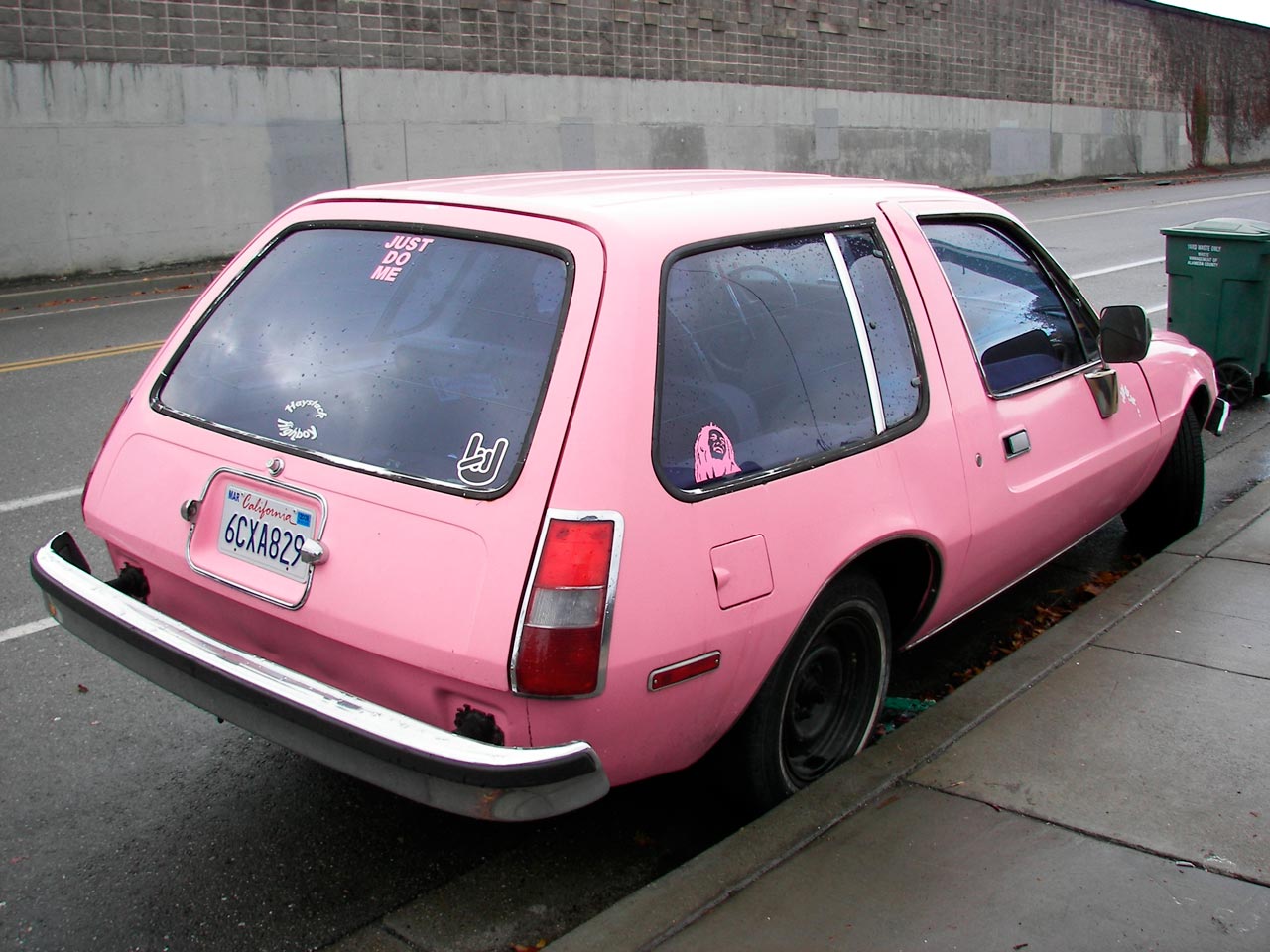 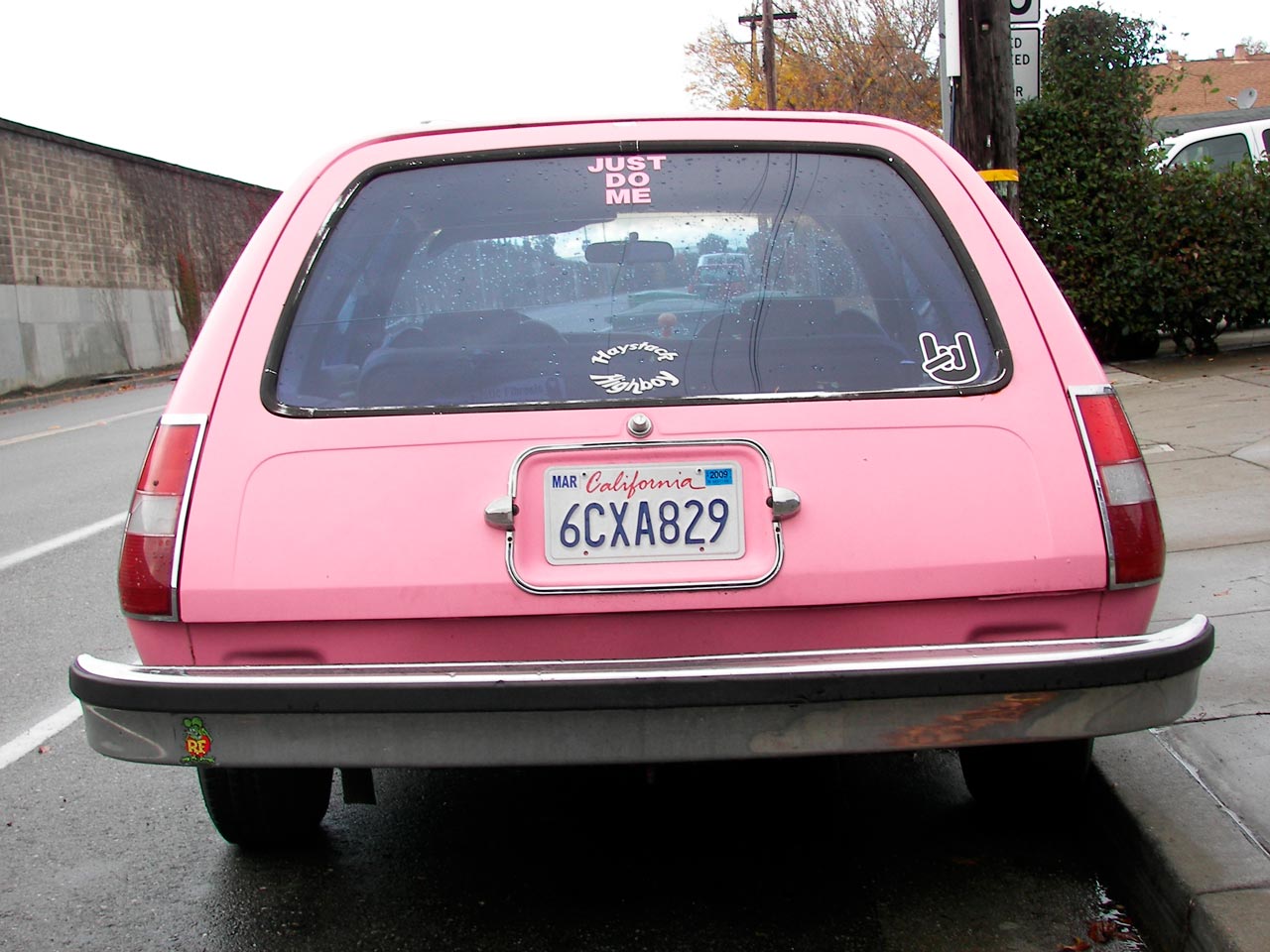 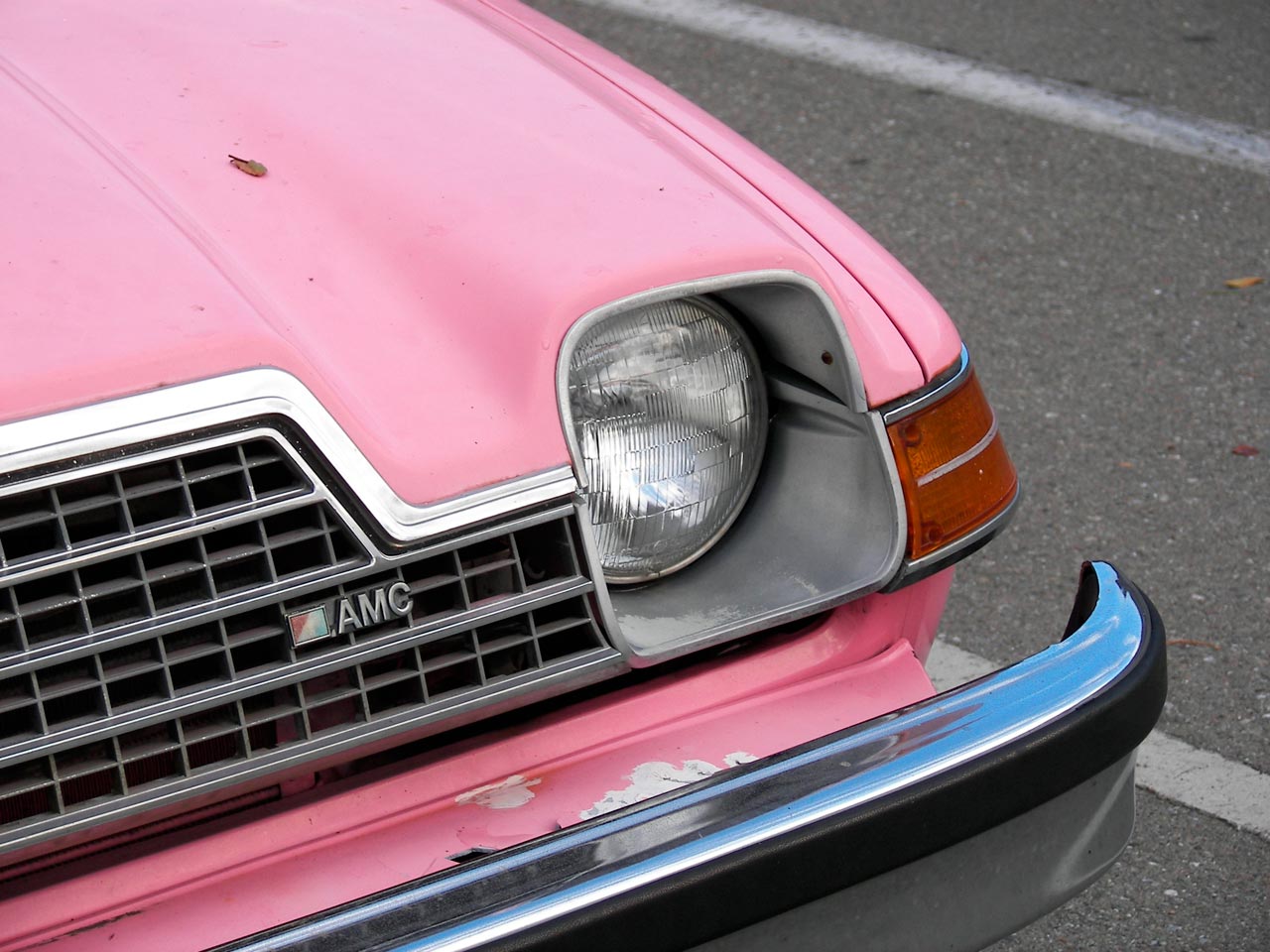 Any way you slice it, these were weird cars. Built to be an economy car with the interior room of a much larger car, the Pacer pretty much failed at the "economy" part with its heavy body and inefficient six-cylinder engines. In terms of packaging though, it was pretty good. Lots of space, wider than Michael Moore, and it had a passenger door that was longer than the driver door to ease access to the back seat. And you could get a sunburn like nobody's business from all that glass area.
The 1978 Pacer received a new, taller grille treatment which gave the car a more upright, formal look. This car also wears a "wagon" body, which gave the Pacer the appearance of a longer, more squared-off hatchback.
The Pacer is widely derided by people who think it's just the most godawful thing on the road, frequently mentioned in the same breath as other fun-to-hate cars like the Pinto, Gremlin, Yugo, Vega, etc. Still, I like these cars for some reason. Well, I prefer the pre-1977 hatchback models without the tall front grille, anyway. The later models just don't do much for me. And the pink isn't helping. Neither are the GM truck mirrors. But it's still a rare and interesting piece of automotive history from the last independent domestic manufacturer capable of competing with the Big Three.
Posted by Jay Wollenweber at 1:08 AM