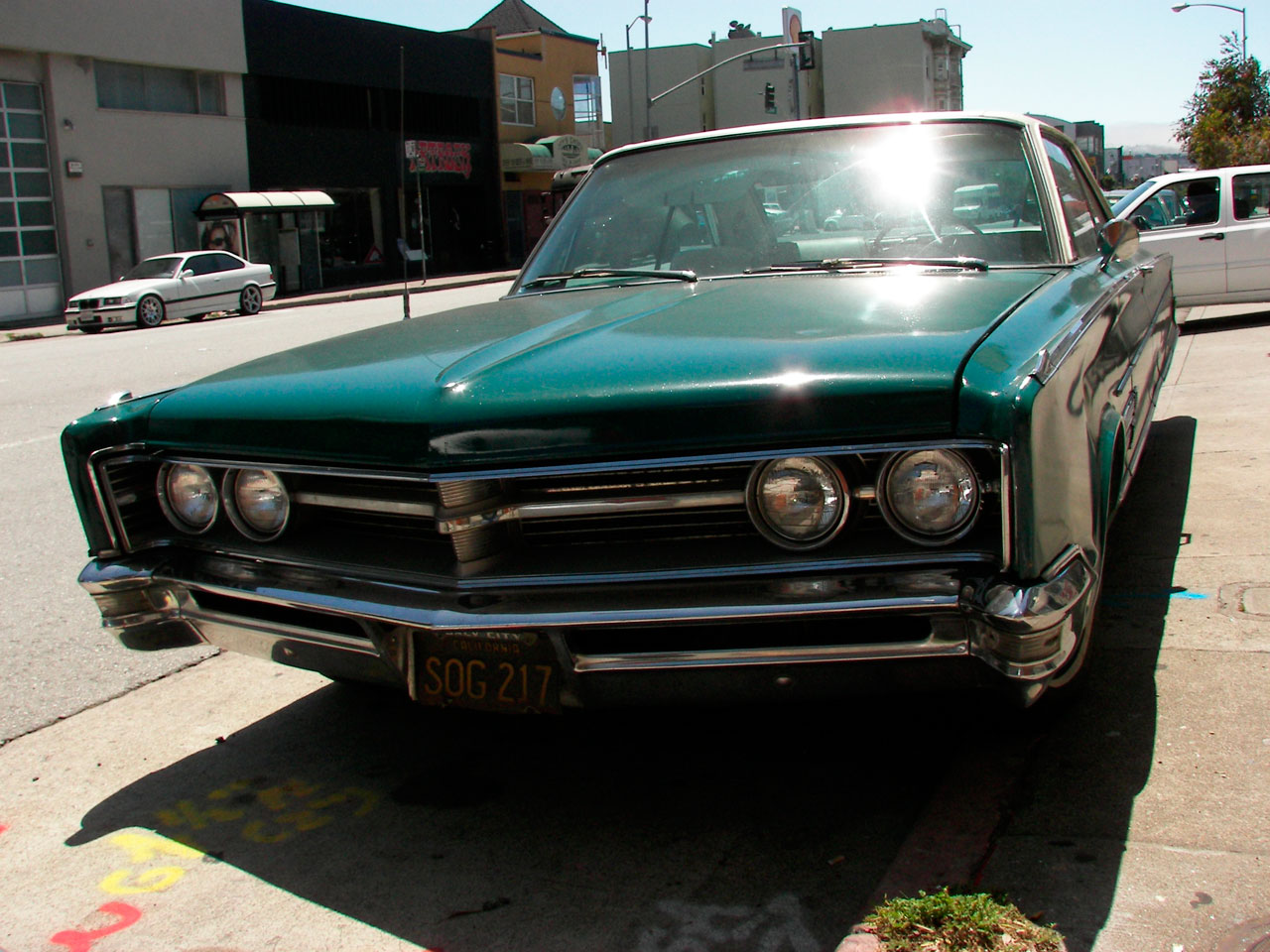 Ah yes... nothing quite like an Earl Scheib paint job to spruce up a 40 year old land yacht. Well, if you don't plan on winning the Concours d'Elegance, anyway. This 1966 Chrysler 300 looks pretty darn good from across the street, and wears its pool-table green pretty well. 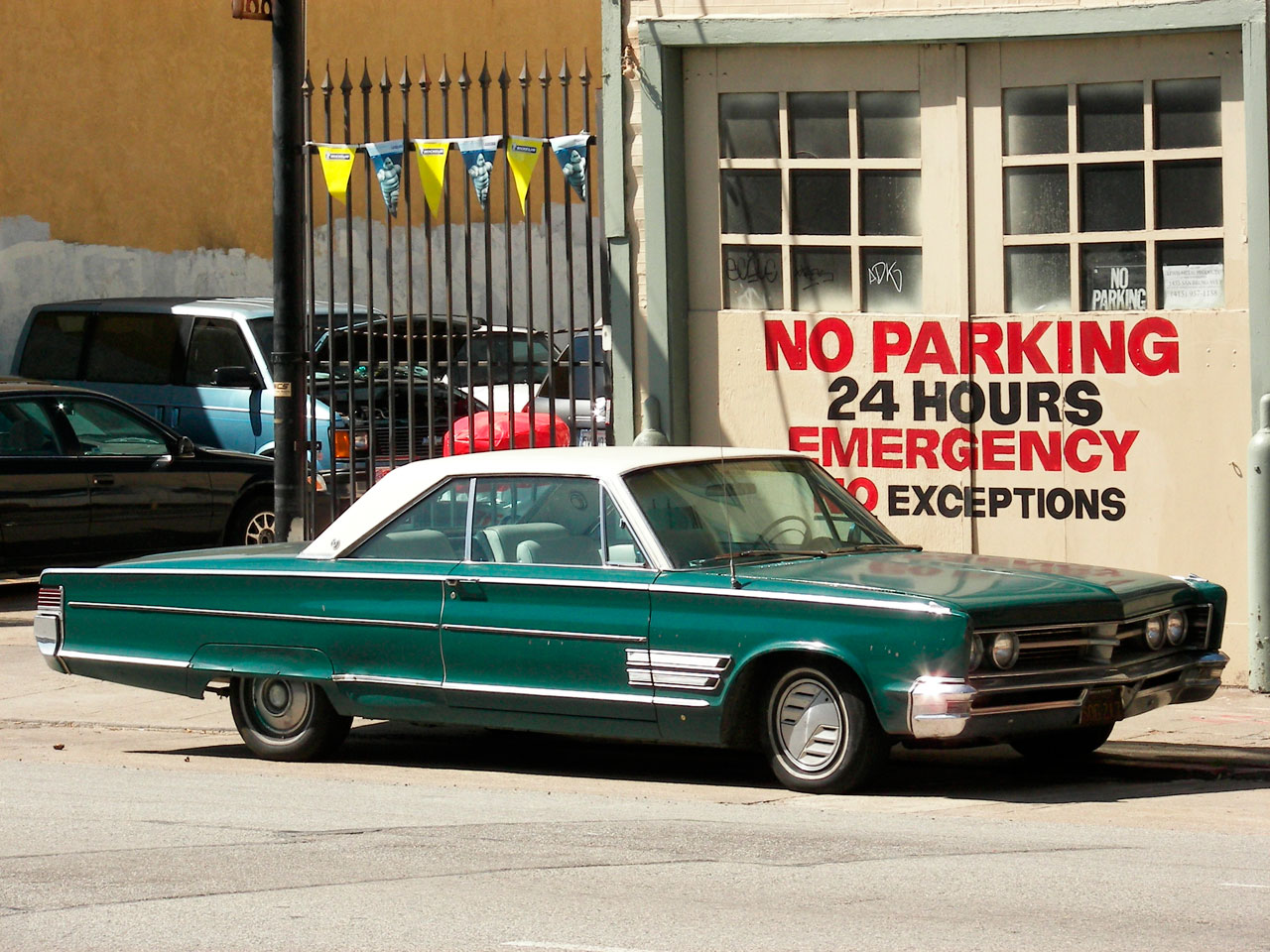 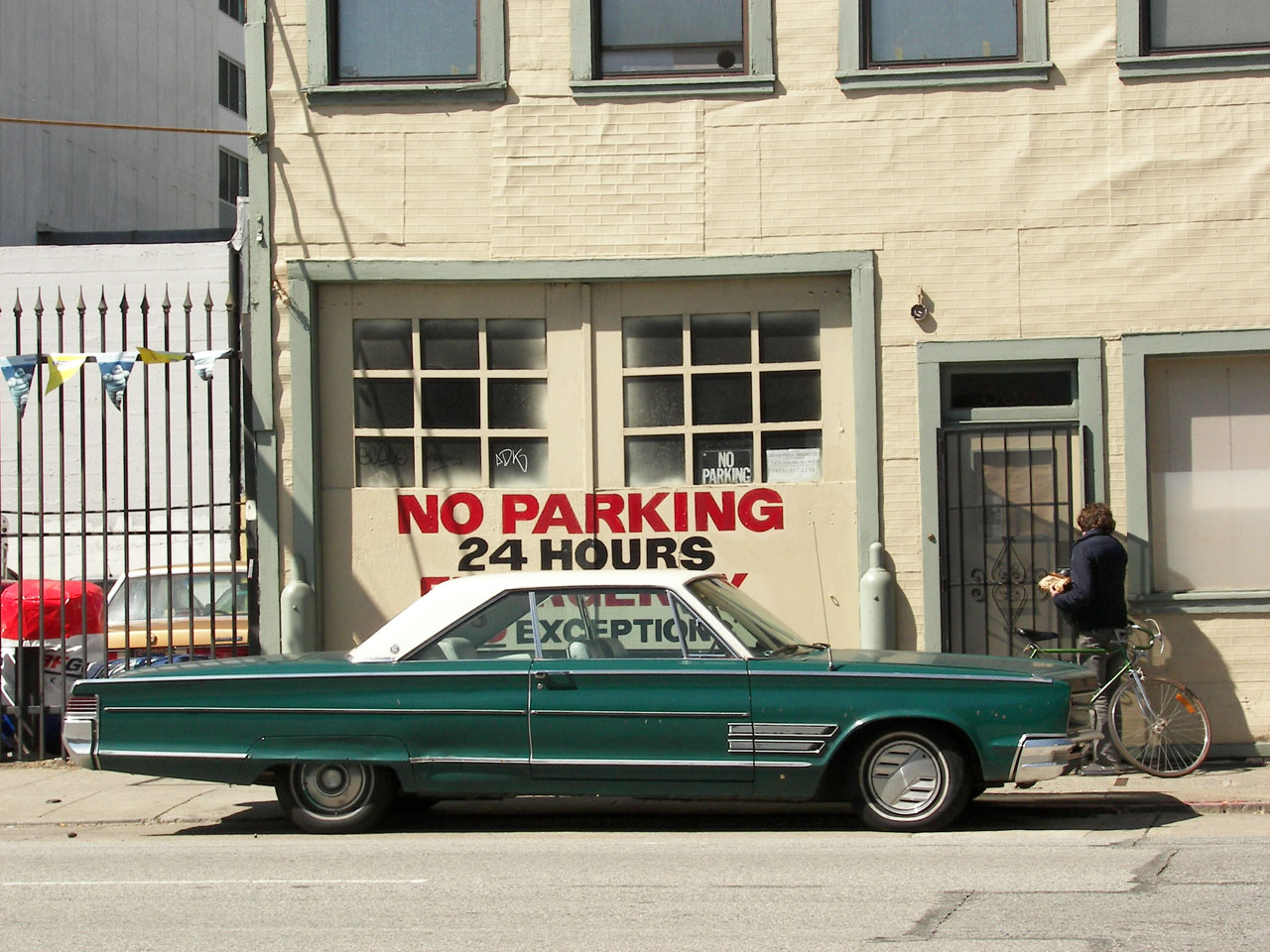 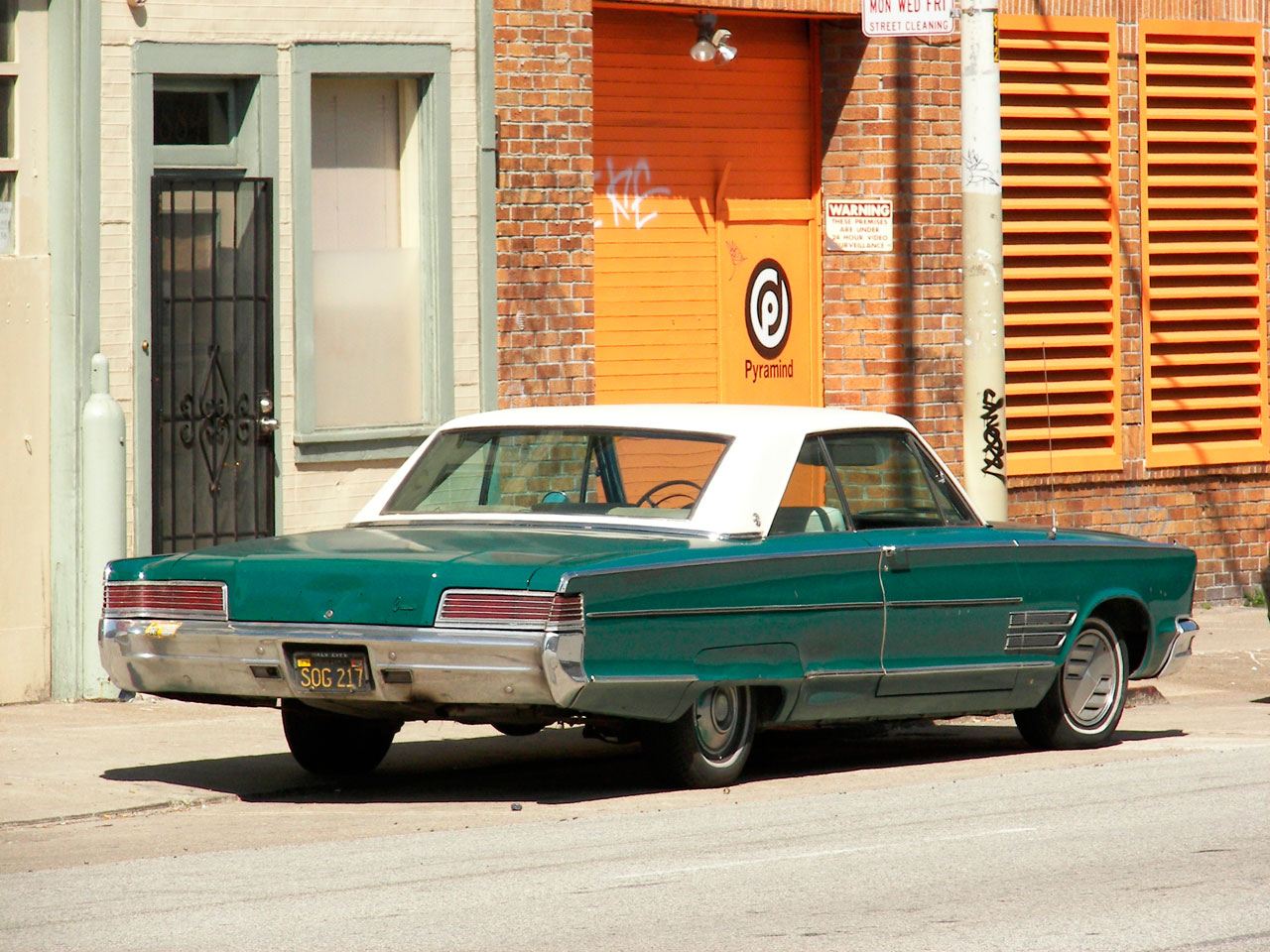 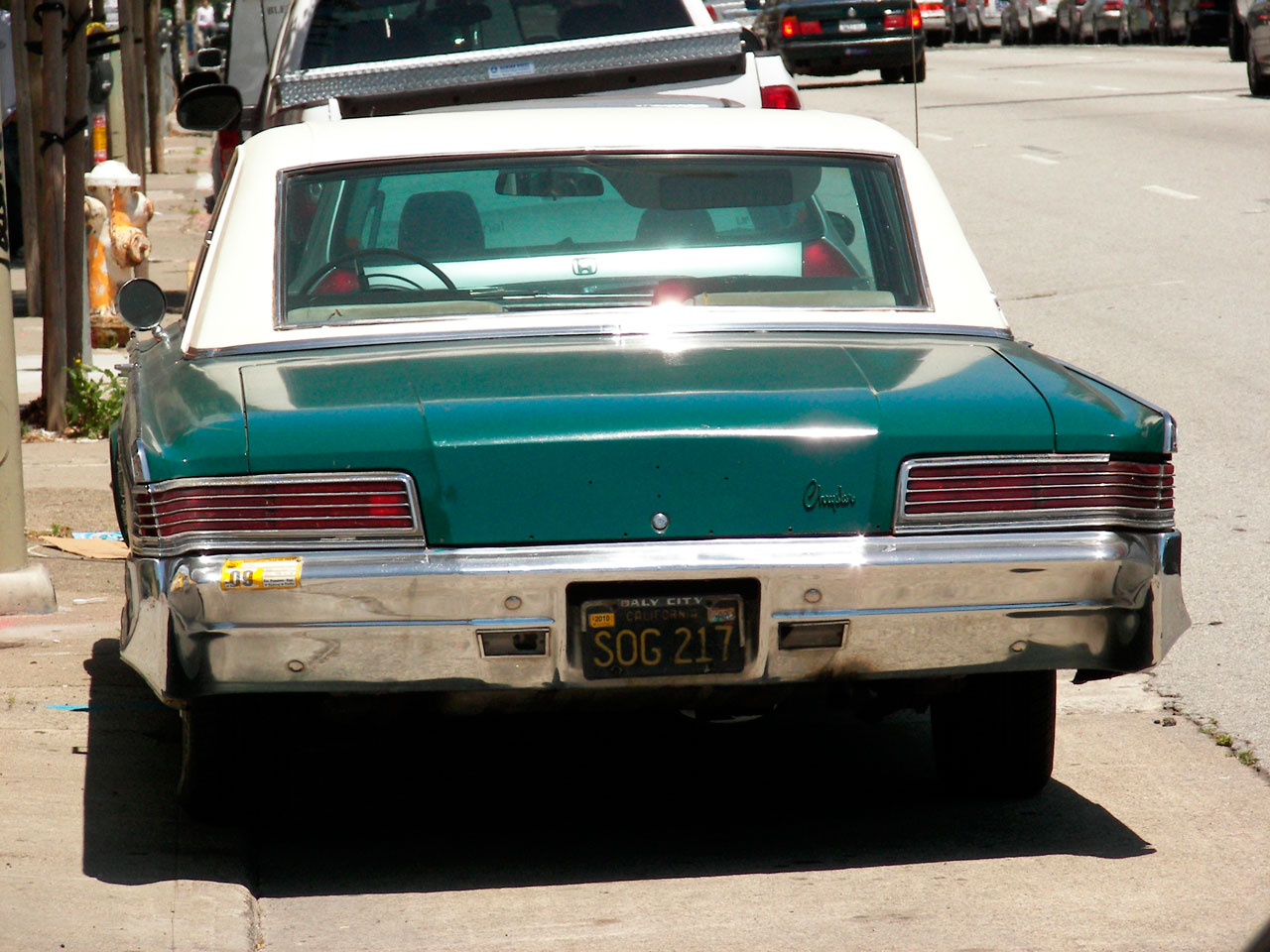 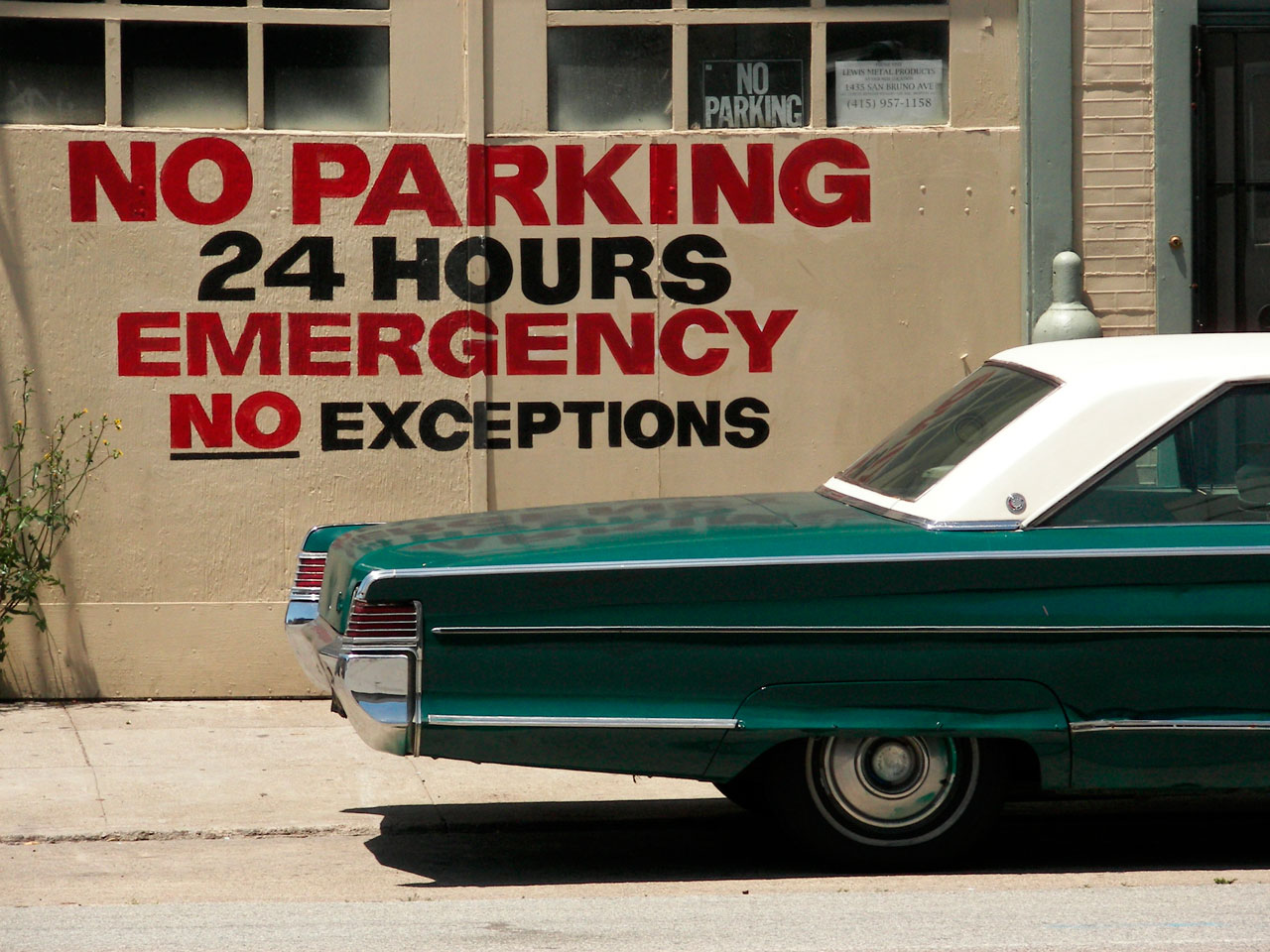 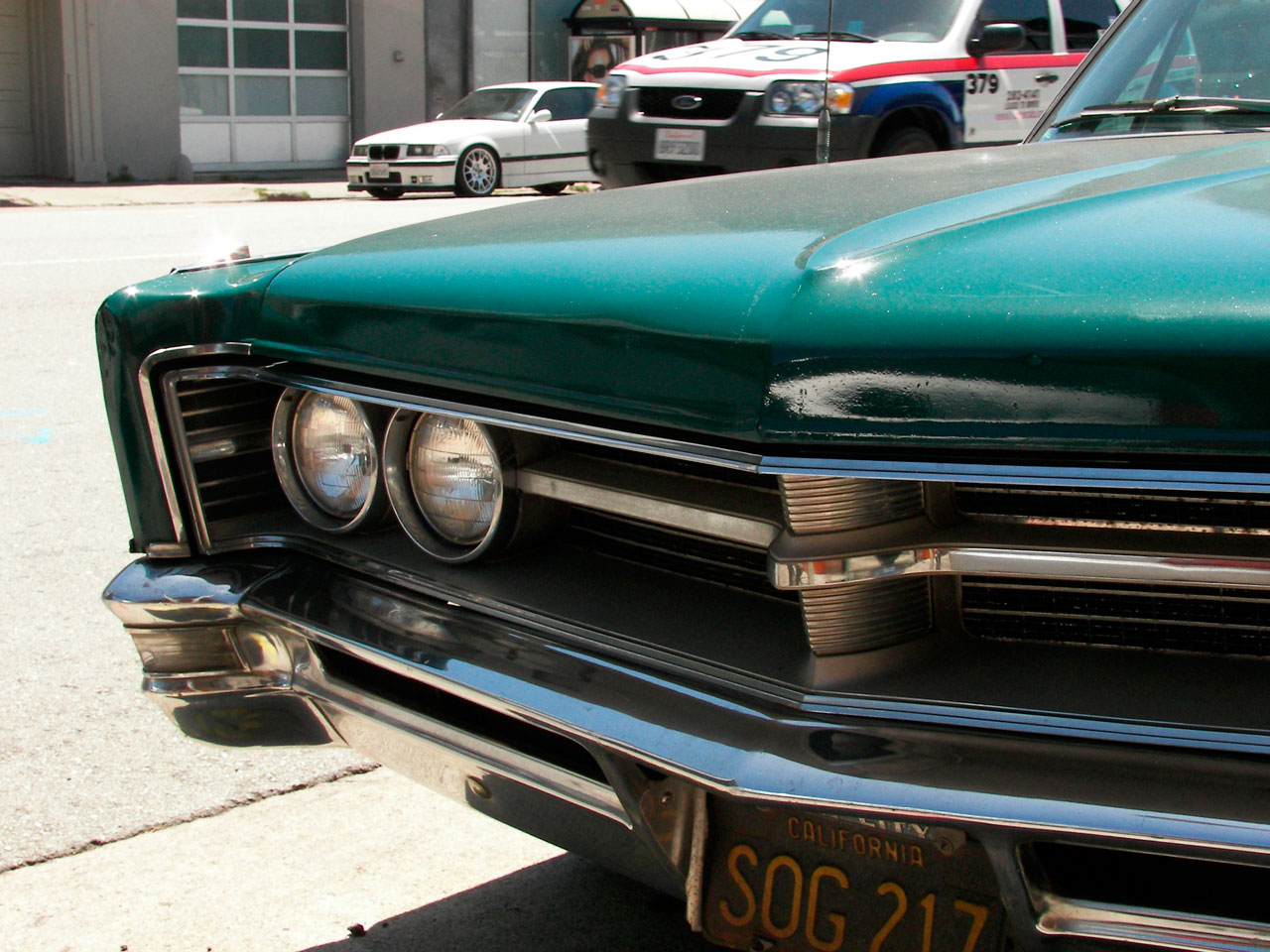 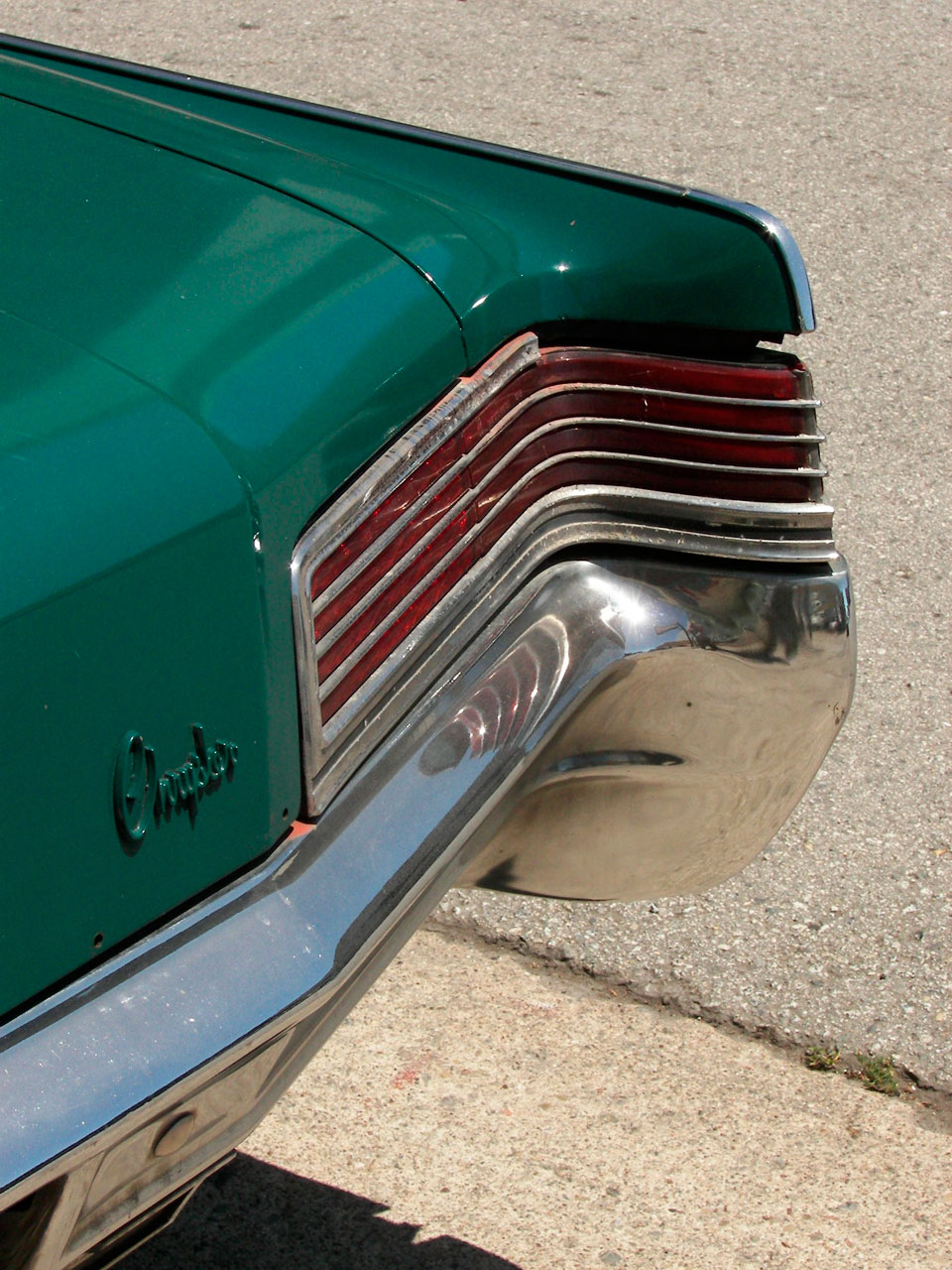 When you get up close to it, you see the emblems that have been painted over, and the strange hubcap on the passenger side. But considering this is San Francisco, you're lucky to see this sort of car at all. The 1966 300 is kind of an enigma: it doesn't carry a letter designation like its predecessors. That ended in 1965 with the 300L. Instead, the 1966 model was simply called the 300 and served as Chrysler's full-size model.
This example looks like a comfortable (and no doubt capable) cruiser, with its 440 V8 for motivation. I would have expected a car this big and this old to be sagging a bit in back, but it sits level and almost has a forward rake to its stance. Not too shabby. Kudos to the owner for keeping the original black plates on it and keeping the body relatively straight. Now scrape the paint off of the badges and replace that horrid plastic hubcap.
Posted by Jay Wollenweber at 1:49 AM