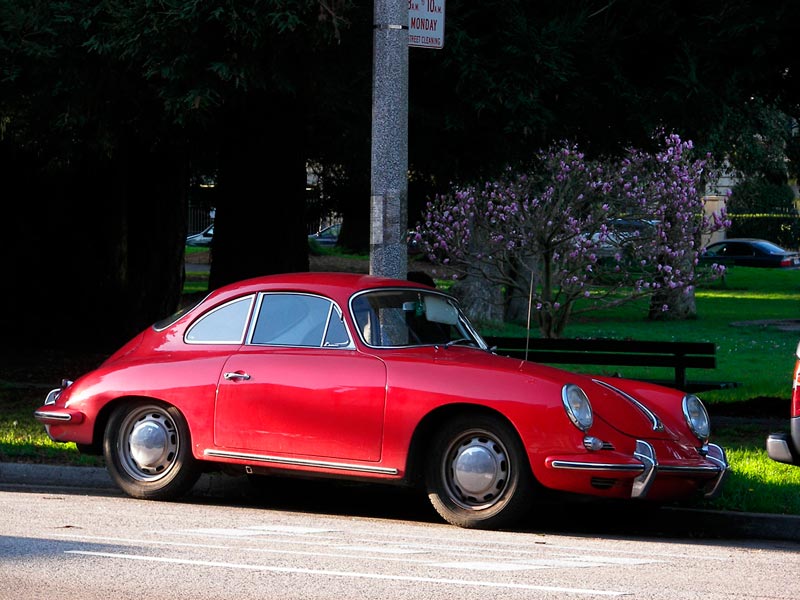 There are still a number of these little classic Porsches zipping around San Francisco, and this is a prime example of the breed. It's a 1964 Porsche 356C, the final incarnation of the 356 model first introduced in 1948. The 356C was produced from 1964 through '65, then it was discontinued in favor of the bigger, more powerful and more expensive 911. 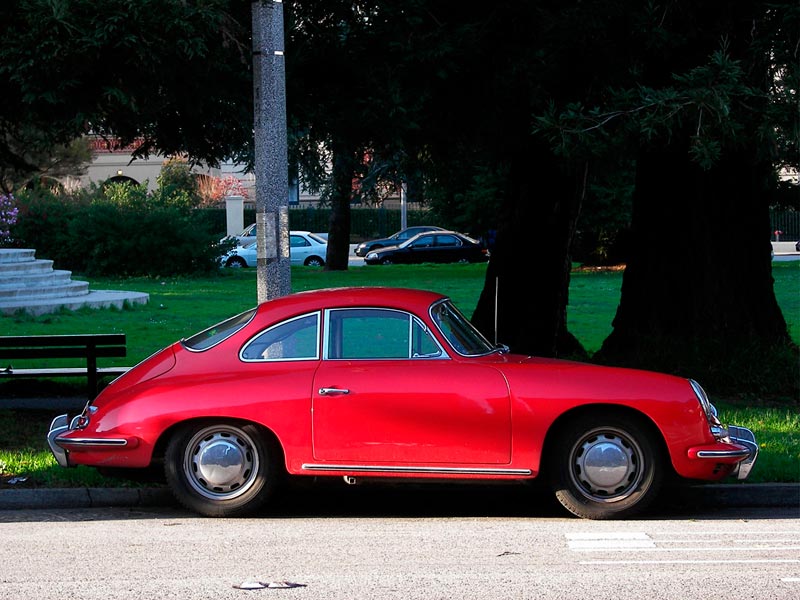 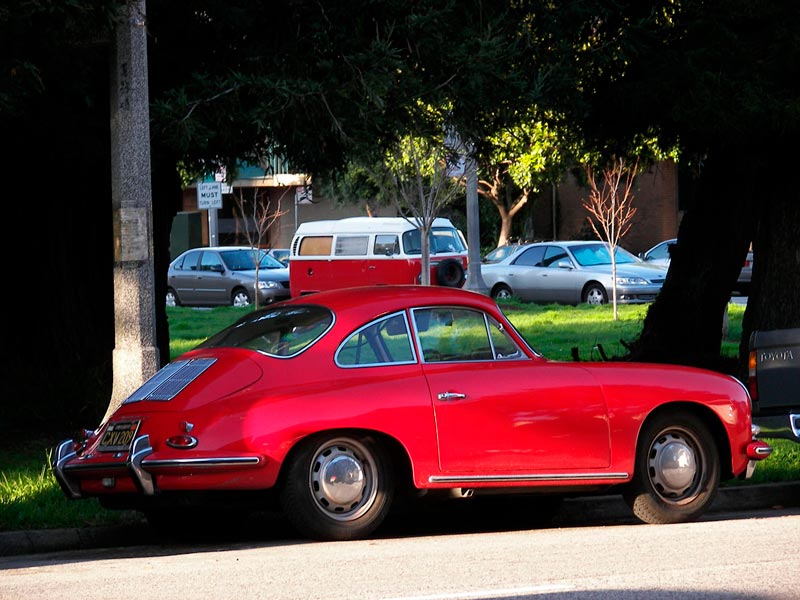 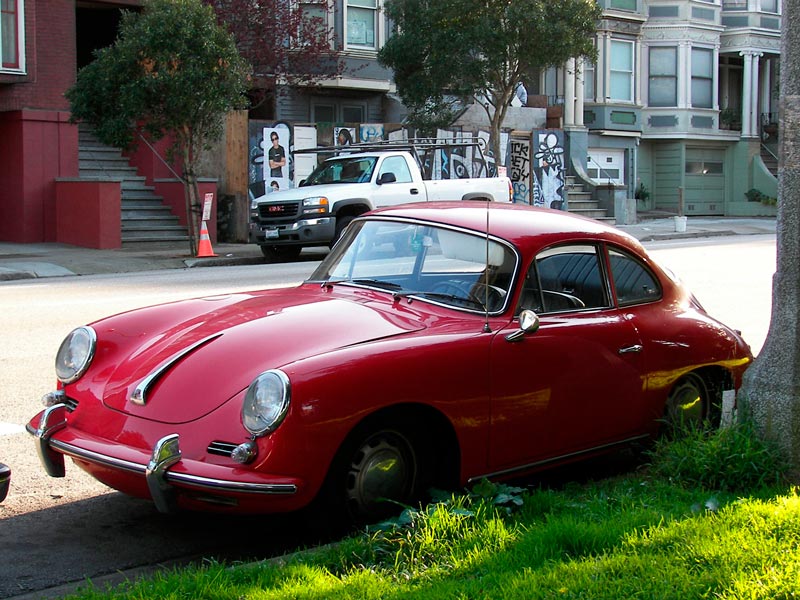 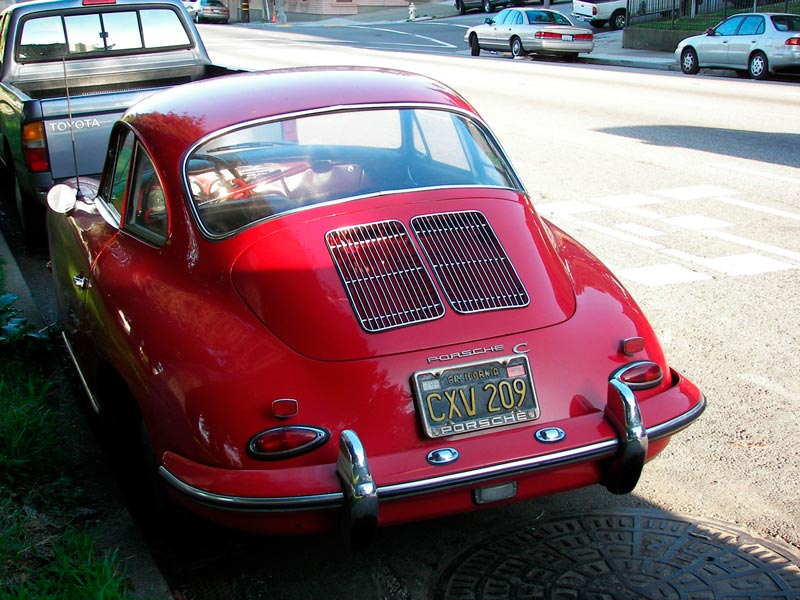 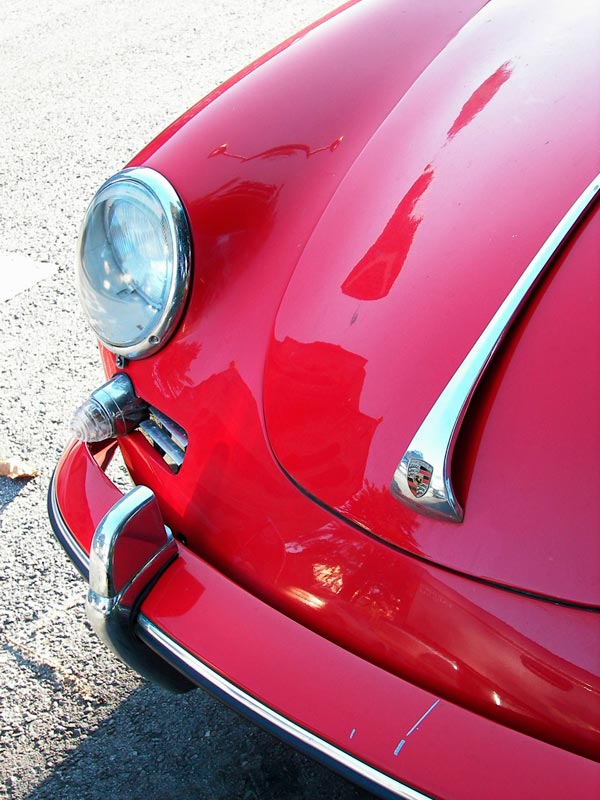 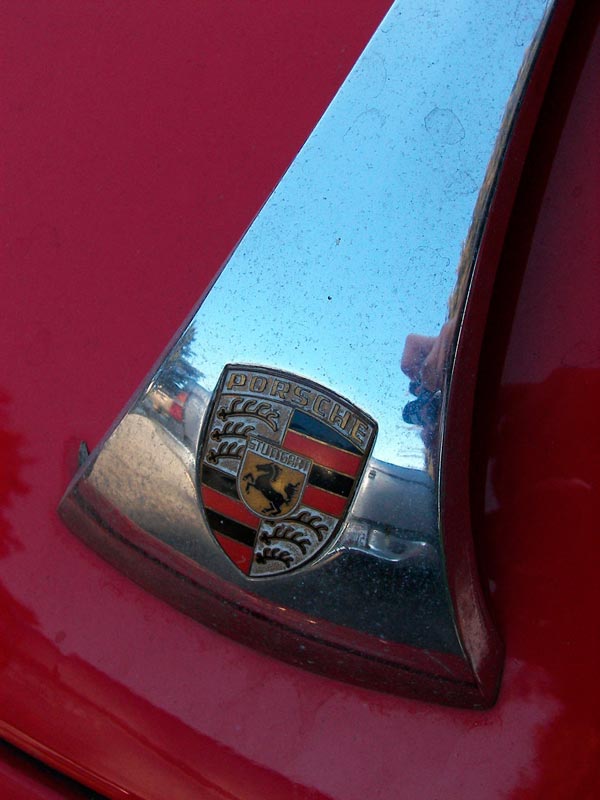 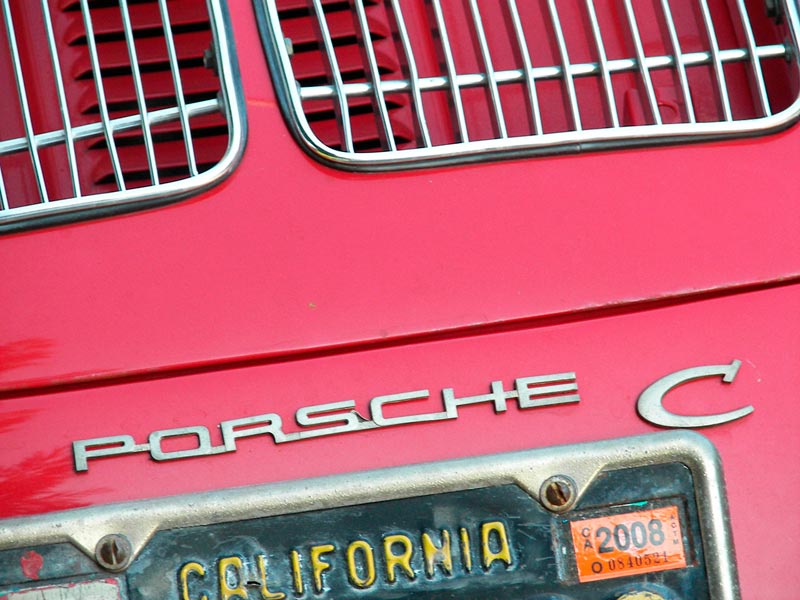 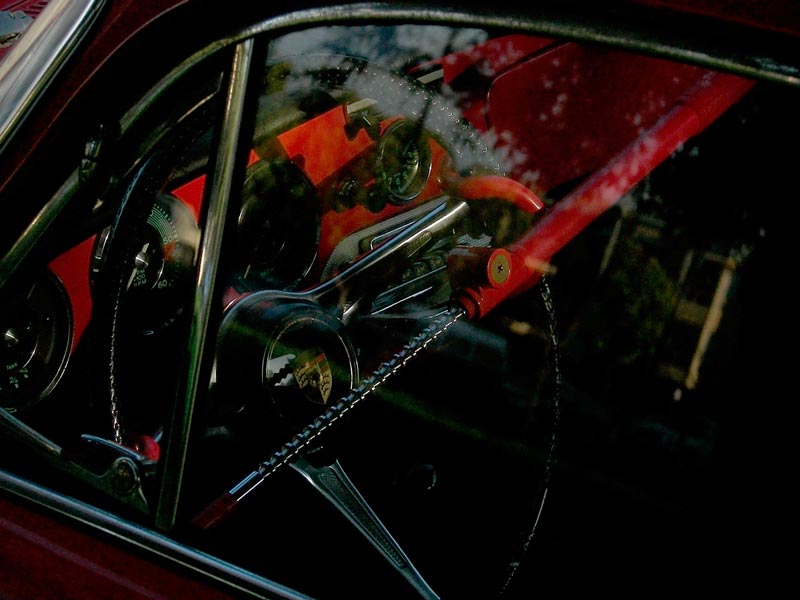 The 356C could make up to 95 horsepower, though this one appears to be a standard model due to its lack of "SC" badging. That means it probably makes a little more power than a Volkswagen Beetle and probably gets similar fuel economy, making it a stylish and relatively efficient little city car, albeit a rare and risky one to use as a commuter. This one wears its original black plates and probably its original trim and wheels. It shows some wear, but overall it's in very good condition for a 45-year-old sports car in a city known for its reckless drivers and atrocious parking situation.
Posted by Jay Wollenweber at 10:41 PM