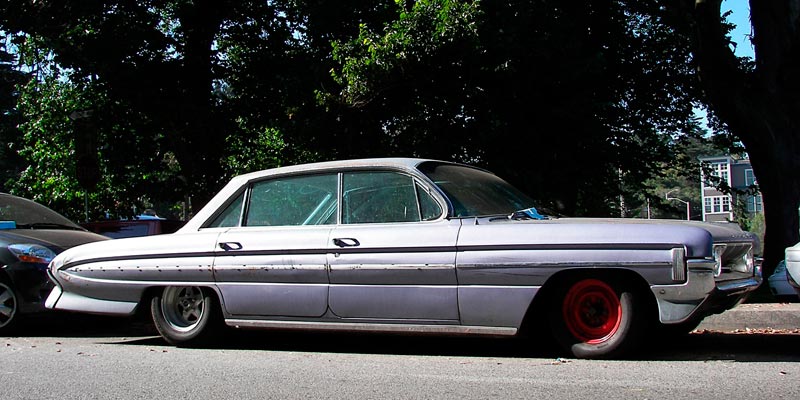 One of the largest old cars I've seen in San Francisco (coincidentally on the same street as the '64 Porsche 356C in my previous feature) was this unrestored and mildly customized 1961 Oldsmobile Ninety-Eight (98) four-door sedan. Sporting some tasteful orange pinstriping, this must have been a classy machine in its day. That day was a long time ago, though, and today it's faded and beat-up but keeps going. Every time I've seen it, it's been parked in a different spot. 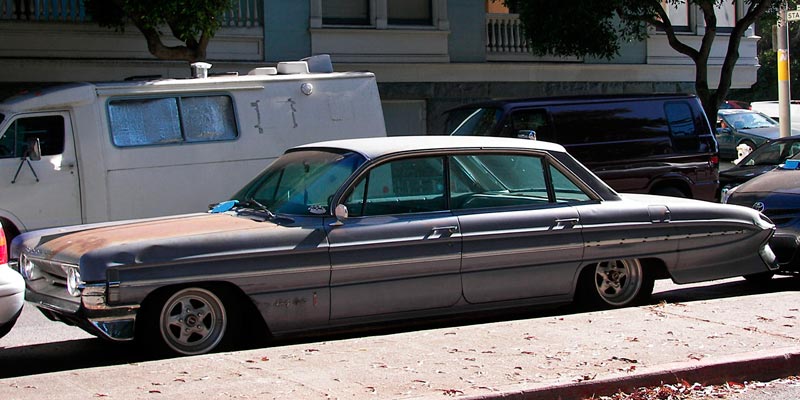 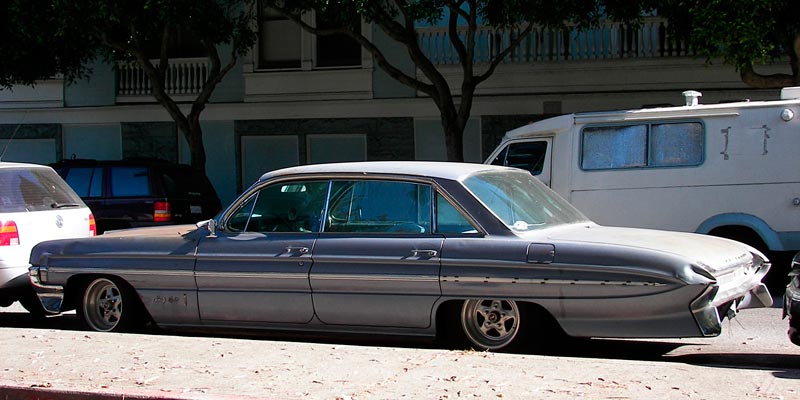 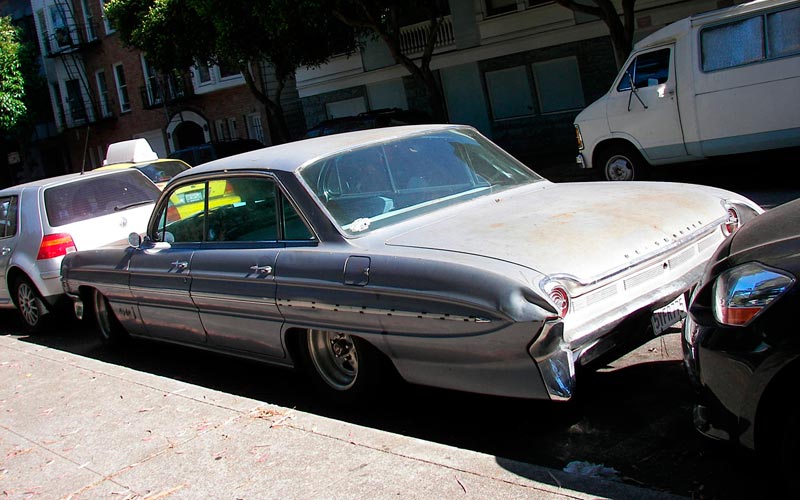 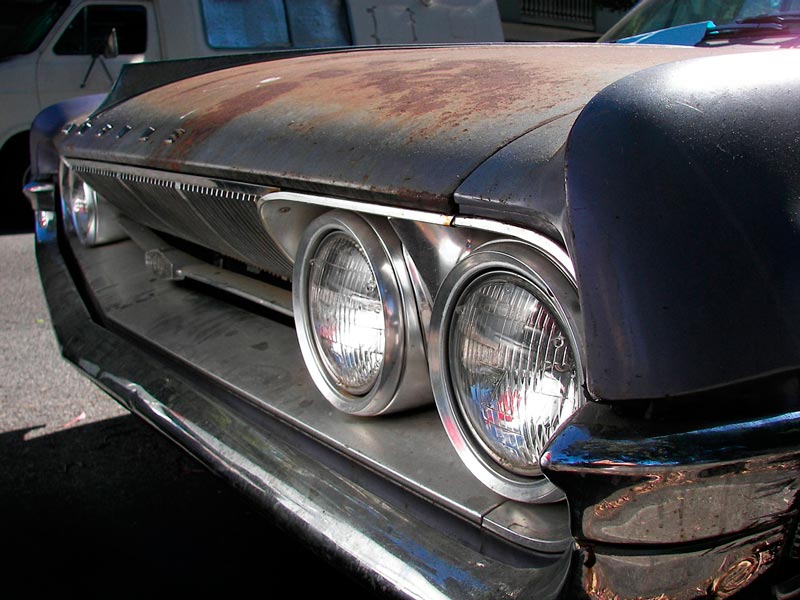 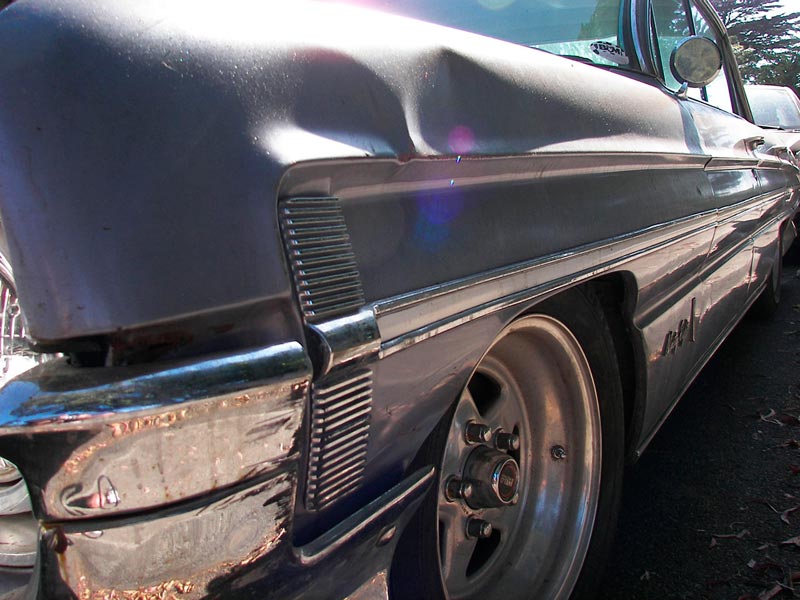 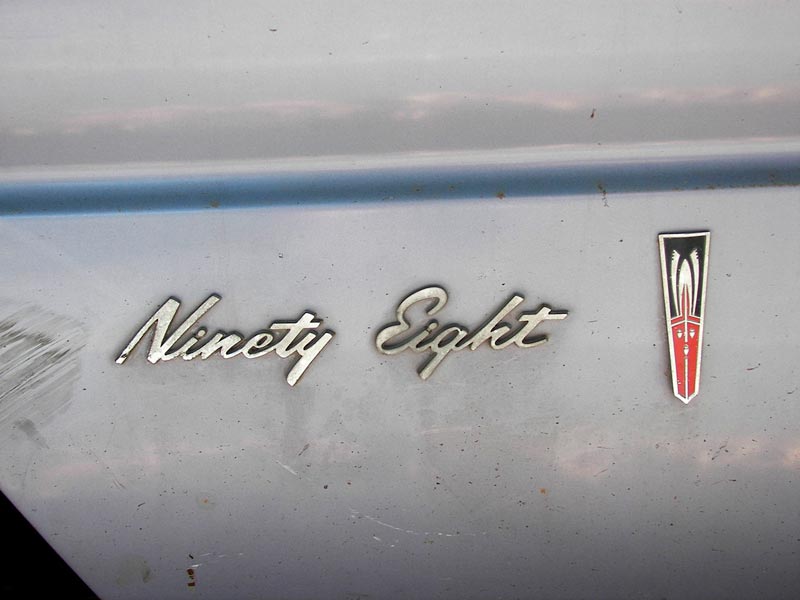 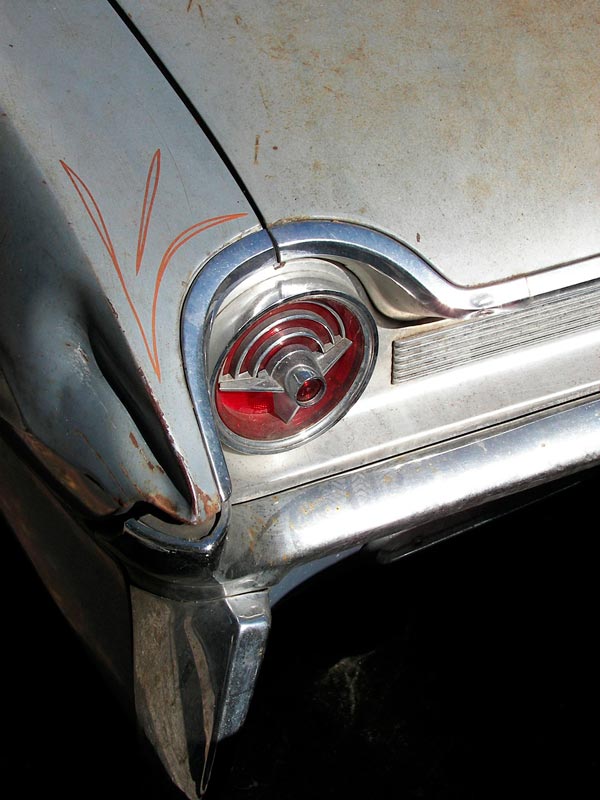 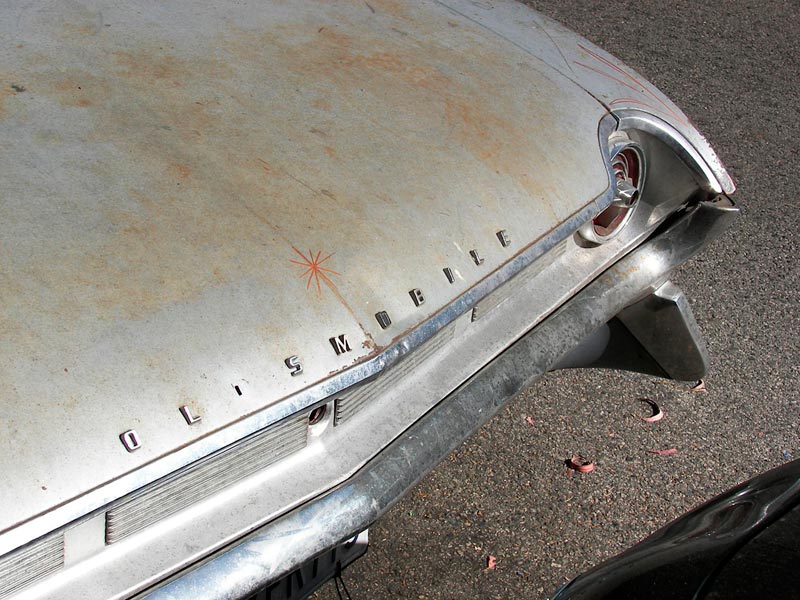 The 98's story began in 1941 with the introduction of Oldsmobile's premium full-size model, the Series 90. The two models in the 90 series were the 96 (straight-six powered) and 98 (straight-eight powered). As V8 engines became more popular in the postwar years, the 98 continued production with a V8.
This '61 Ninety-Eight appears to be the Luxury Sedan body style, which has a roofline similar to a Cadillac six-window sedan of the same era. But there, the similarities to the Cadillac end. The Olds has an entirely differently sculpted and styled body devoid of exaggerated fins. Instead, the 98 has a pointed rear end with small round taillights and a body design that resembles a rocket. Nearly everything on the car is inspired by rockets, fighter jets, turbines, air intakes, what have you. This was the sixties, after all.
Posted by Jay Wollenweber at 12:30 AM