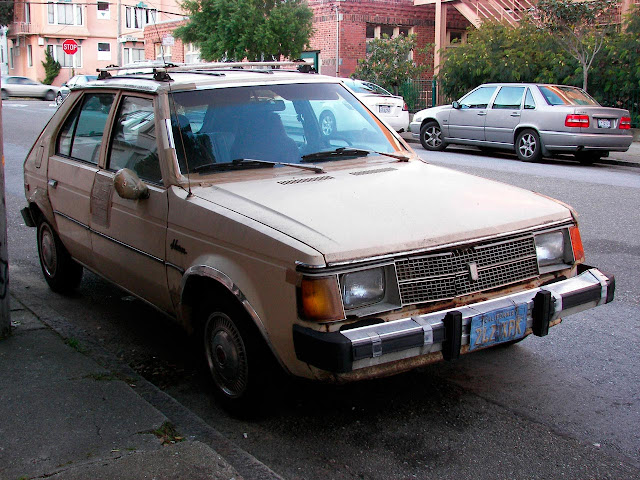 This one's a beast. Not because it's fast or powerful, but because of the sheer craptitude of the "Omnirizon" and the fact it's still running against all odds and sensibilities.
The Plymouth Horizon and its twin, the Dodge Omni, were introduced in 1978 as two of Chrysler's entries into the bustling compact car market. Like most compacts of the time, they weren't the best-built cars. But they were pioneers in their market segment, as some of the first successful domestic front-wheel-drive small cars in the US and an important step in returning Chrysler to profitability in the '80s. 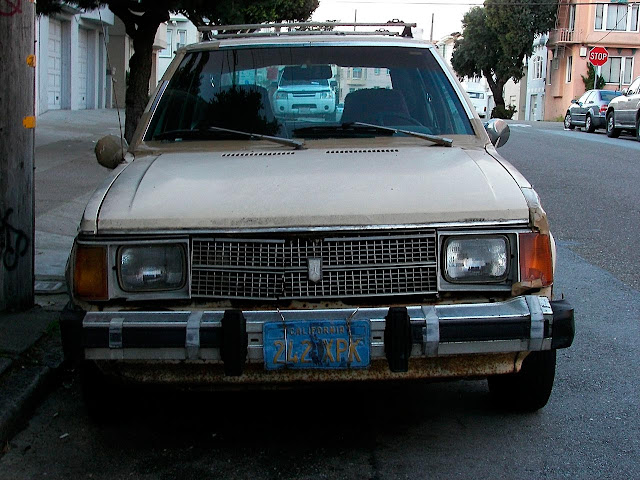 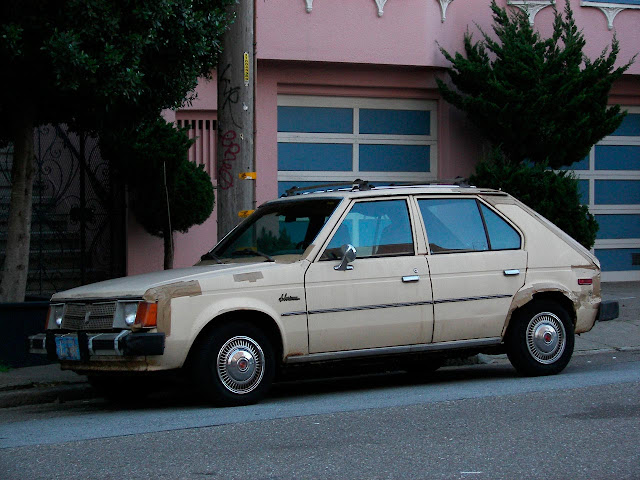 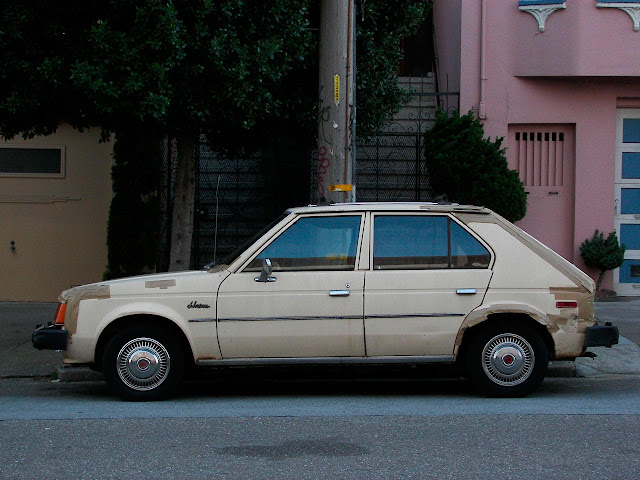 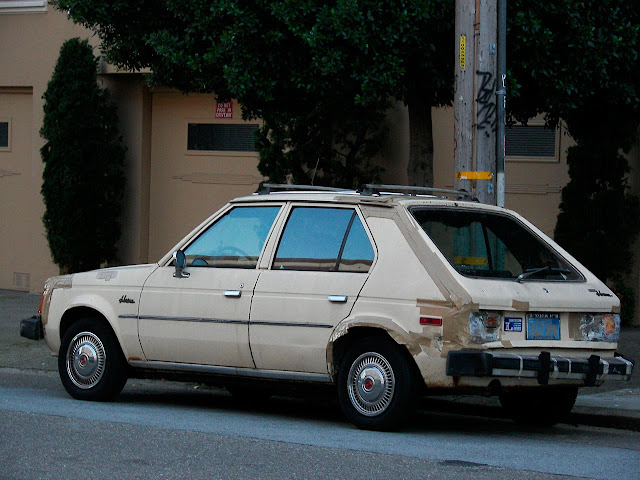 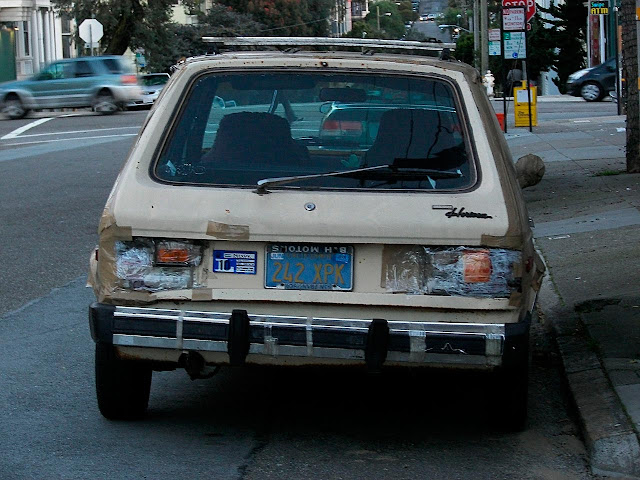 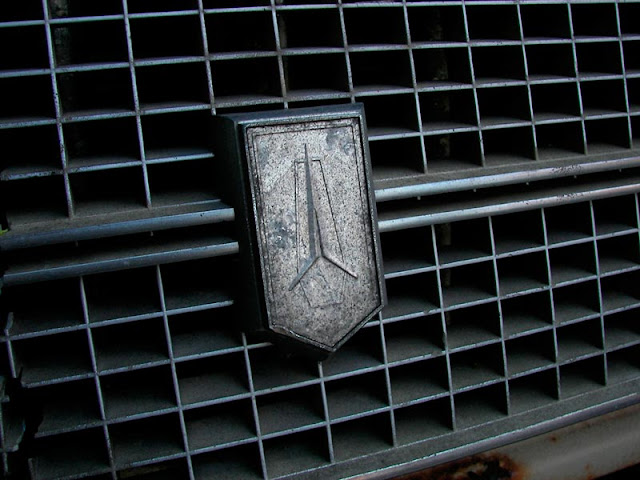 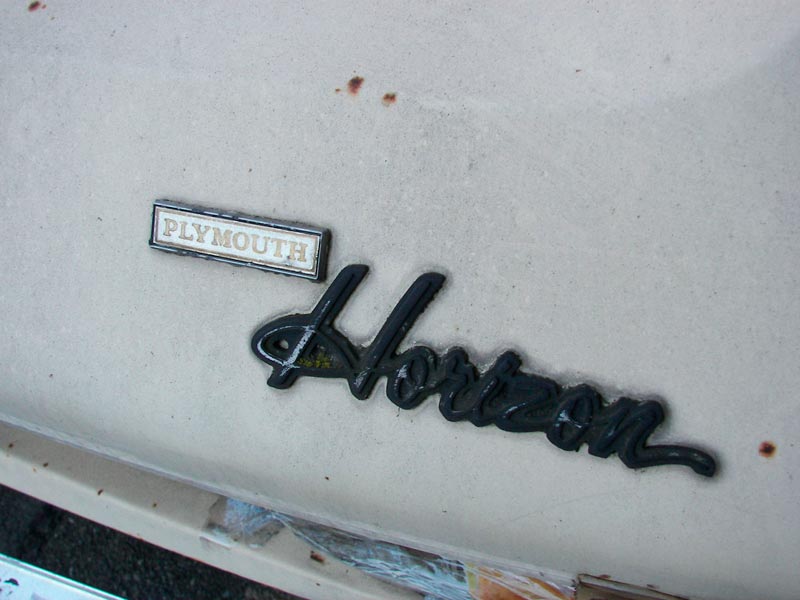 One interesting thing about the Horizon is that it was actually developed by Simca in Europe. Since the Horizon was given a different grille design in the '80s, I became very excited when I saw this car parked on the street. San Francisco is known for being home to a lot of eclectic old cars, so I thought maybe I was extremely lucky and had stumbled upon a Simca Horizon. But no. It was a 1979 Plymouth Horizon. Oh well, I'd never seen a Horizon this old before, either, so it wasn't a total loss. It's weird seeing a Horizon with old script-style badging instead of '80s style block letters, and that front grille is what threw me off completely in the first place, as did the '70s metal hubcaps. Conditionwise, this poor car has been around the block. And it's apparently hit everything along the way. The more or less body-color packing tape rust and hole patches are a nice touch, especially the mummified side mirror and missing passenger door handle. Other than age and rarity, it's pretty unremarkable. But I'd rather see a '79 Horizon squatting at the curb than an '09 Dodge Caliber.
Actually, I take that back. Given the sad shape of Chrysler these days, I hope someone buys a Caliber and parks it behind this thing. Then I can take a picture of them both together.
Posted by Jay Wollenweber at 10:59 PM