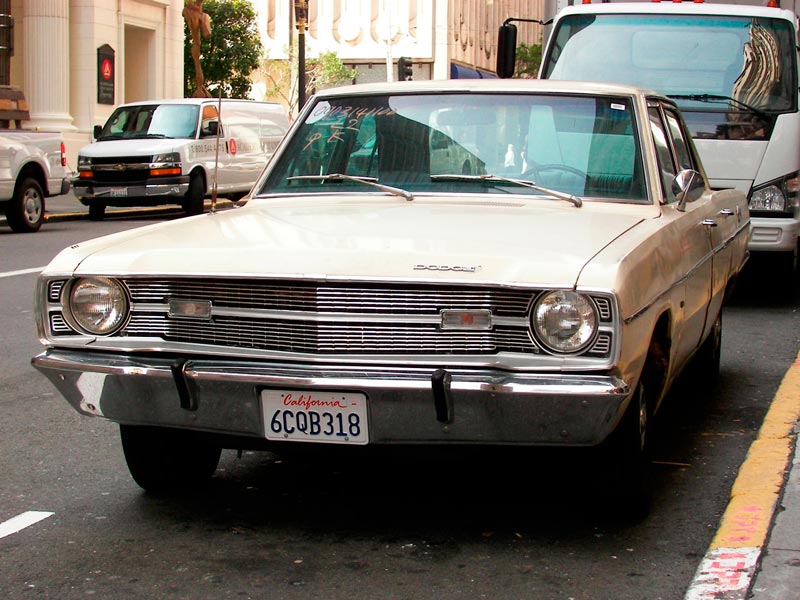 Ah yes... this is what passed for a compact car in 1969. Before the modern concept of a "compact" economy car came into play, the compact was still a pretty large car. But when the "large" car is a Dodge Coronet, it makes this 1969 Dodge Dart Custom sedan look a bit small. Perhaps that's why the Dart and its Plymouth Valiant twin were marketed as "senior compacts". In those days, a compact car was about getting more car in a smaller package for less money. Or less car, if you couldn't afford all the bonuses of a big car. It wasn't until the '70s fuel crises that the focus really began to shift toward higher fuel economy and lower emissions. That's probably why most domestic-built compacts of 1960s were powered by six-cylinder engines while foreign competitors used smaller, less powerful four-cylinder engines. This particular Dart, like many other compacts of the '60s, is equipped with the optional V8. 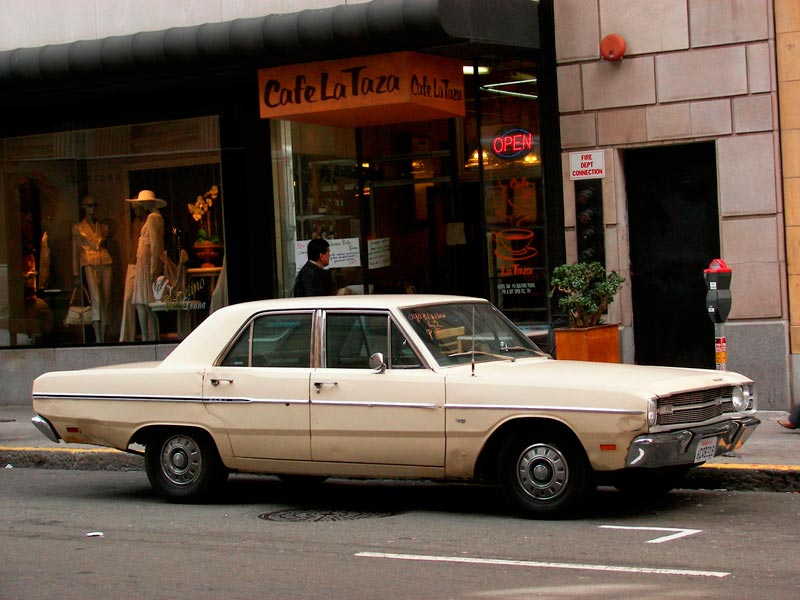 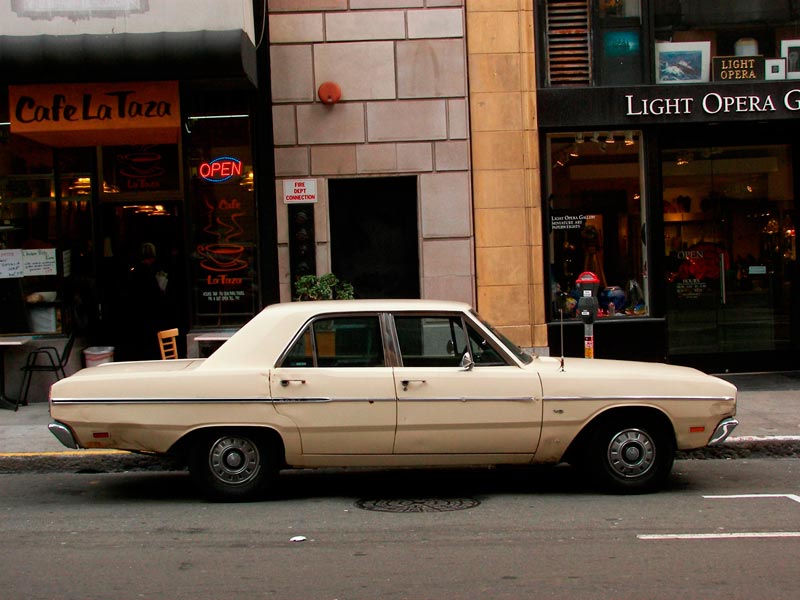 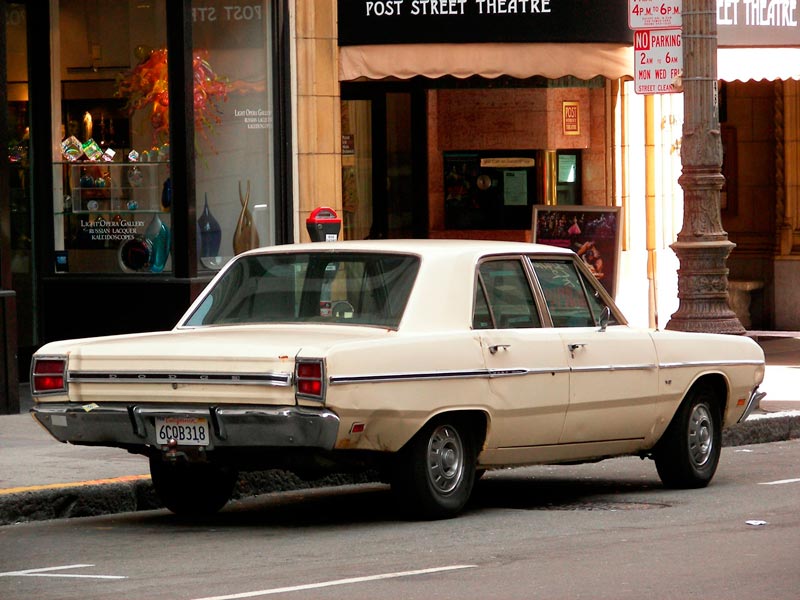 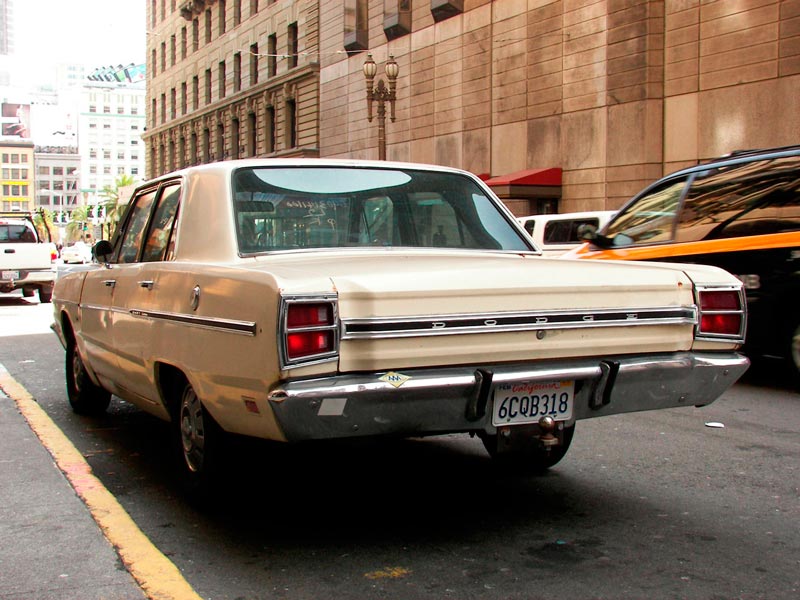 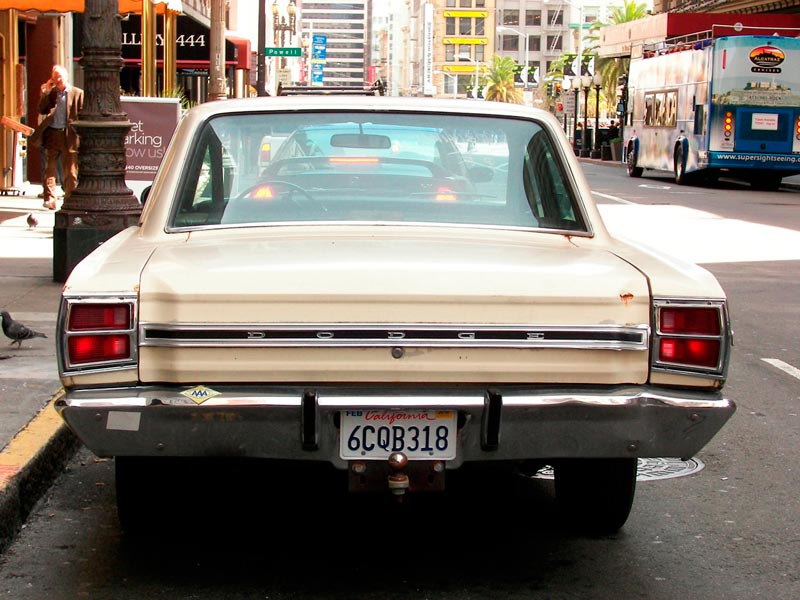 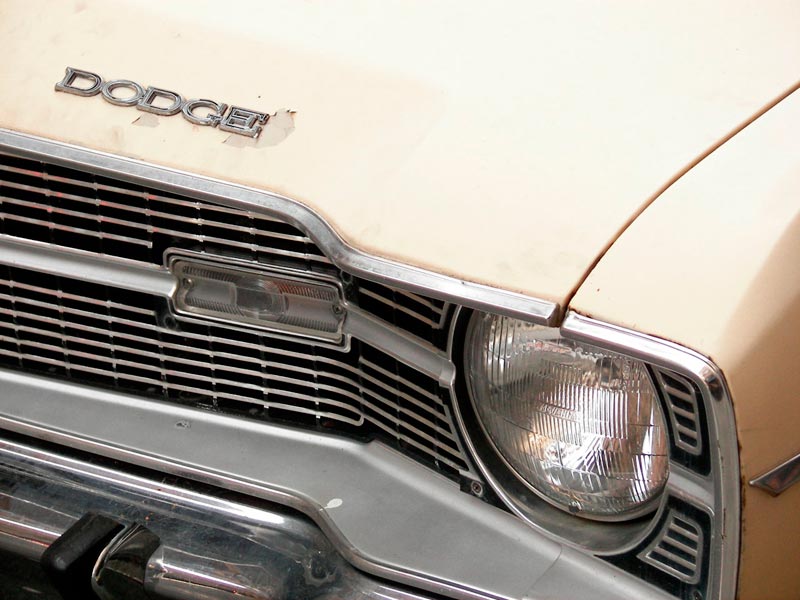 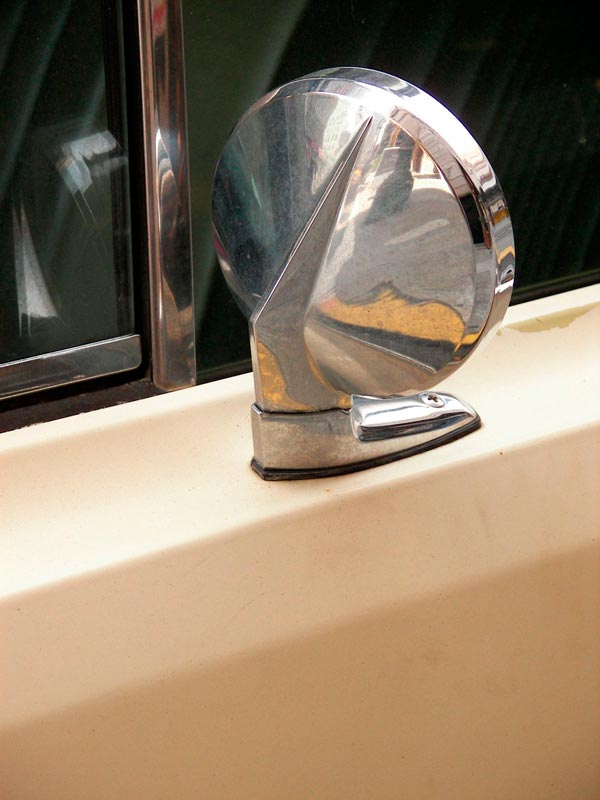 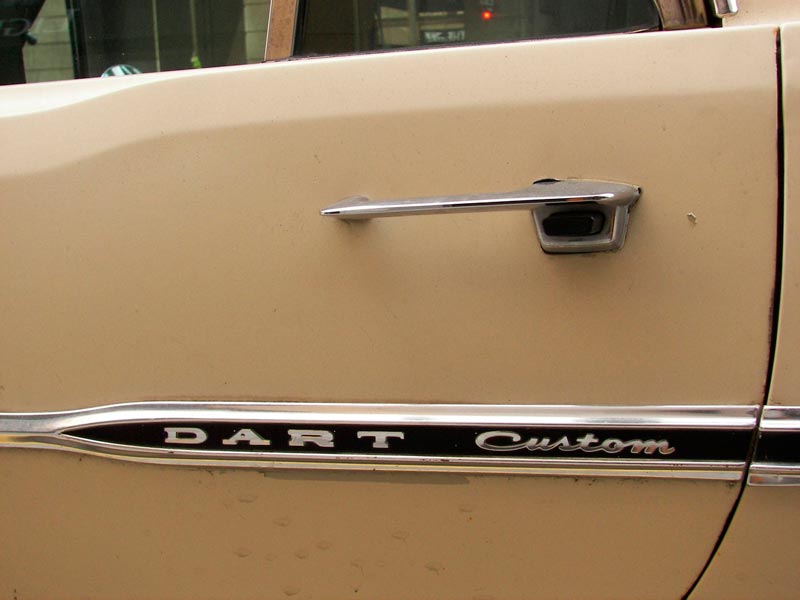 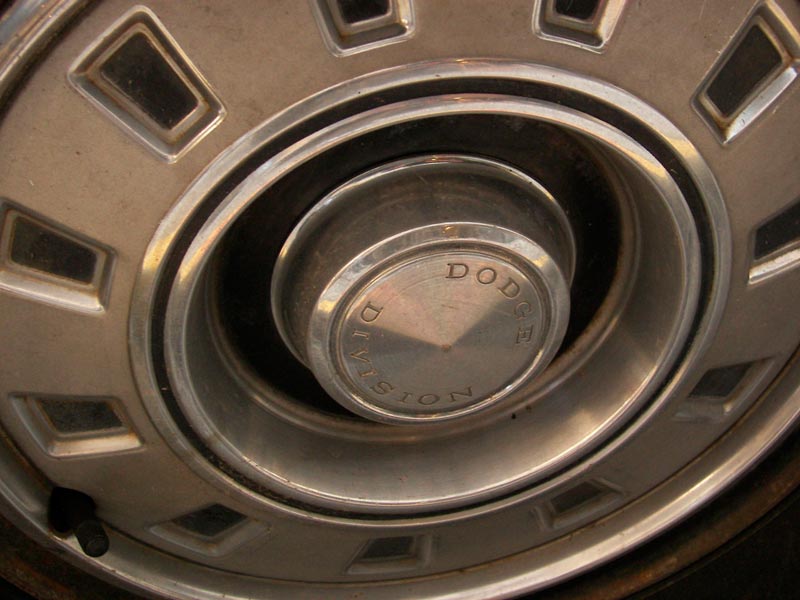 This example is relatively rust free, though it appears to be a daily driver and has dents and scrapes consistent with a well-used San Francisco car. All trim is intact, the chrome is mostly in good shape and looks like it could shine up nicely with a good polishing. All the owner needs to do is pound out those dents, slap some new paint on it and they'll have a fine family sedan with much more presence than a modern Camry.
Posted by Jay Wollenweber at 11:58 PM