Admittedly, when searching for notable cars to photograph and document here, I don't pay a whole lot of attention to the compact economy runabouts of the 1980s. But every now and then there is a bright star among the sea of rattly little crapcans. One such econobox that now has something of a small cult following is the Toyota Starlet. 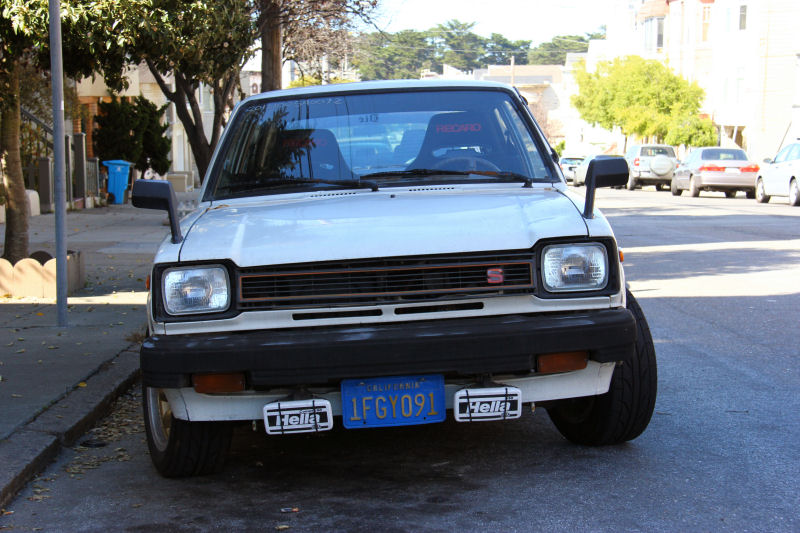 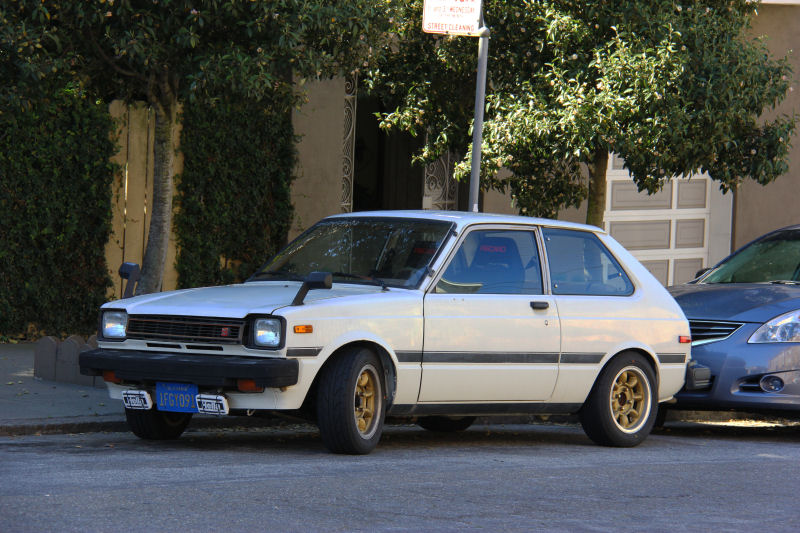 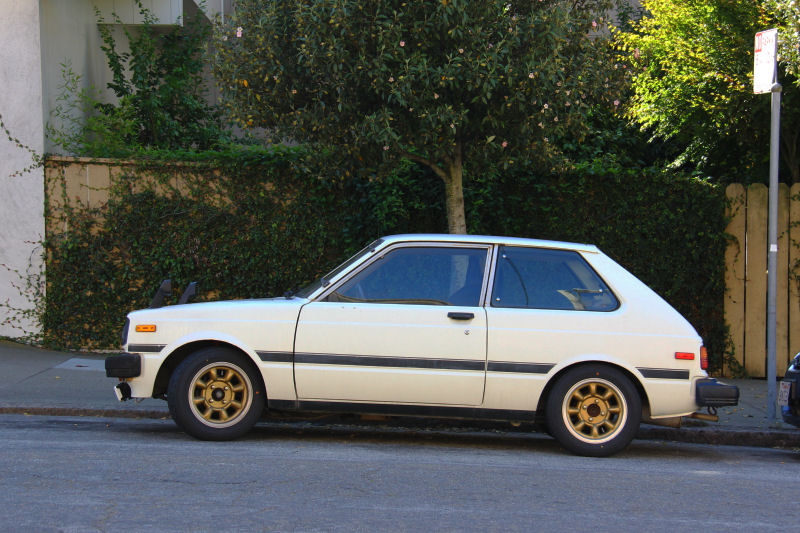 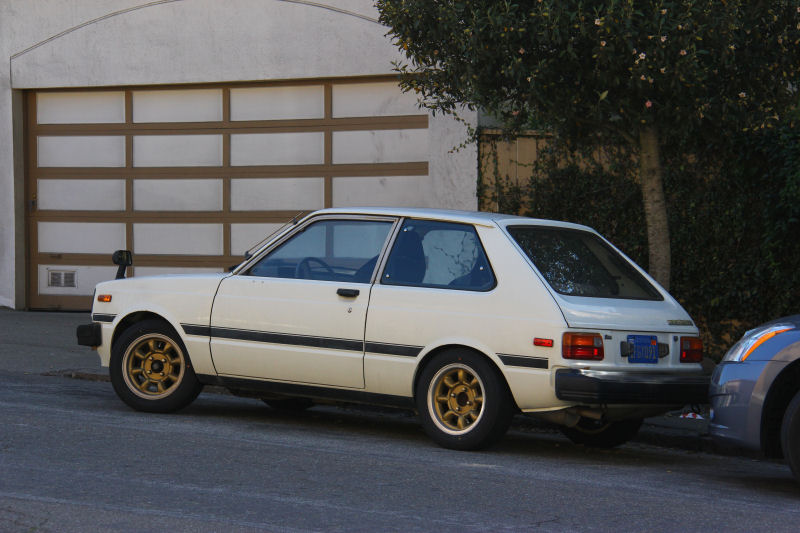 The Starlet evolved from the Publica and was sold in various forms around the world, but only came to the U.S. in the form of a 3-door hatchback (model KP61) between 1981 and 1984. It came with a 1.3 liter four-cylinder engine which, on pre-'83 models, was hooked to a standard 5-speed transmission - and as an added bonus it came standard with a tachometer and a surprising number of features that made it more livable than some of the other bargain-basement hatchbacks on the market. I have a soft spot for these cars, as I think they're smartly styled and kind of cute. The 1983 facelift was not nearly so handsome in my opinion. And did I mention it's rear-drive? 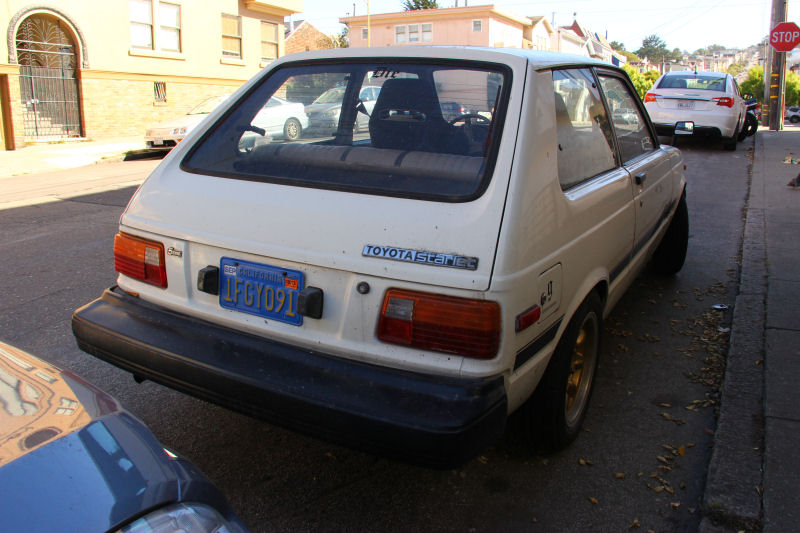 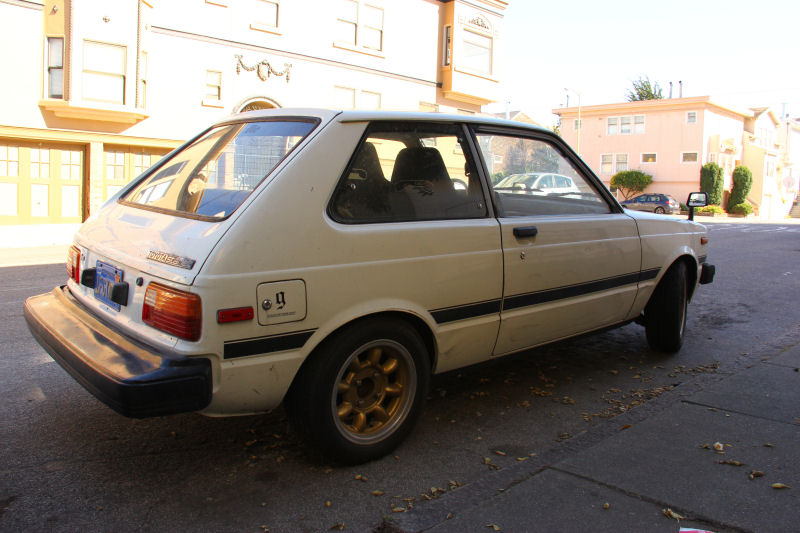 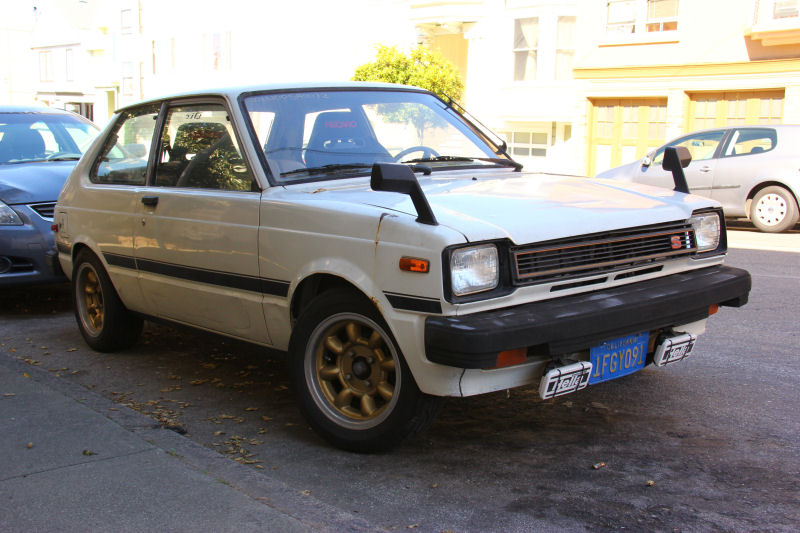 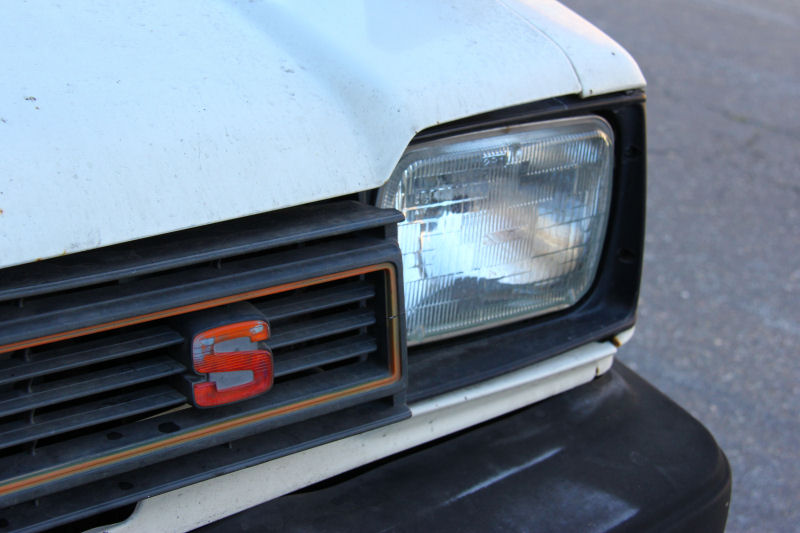 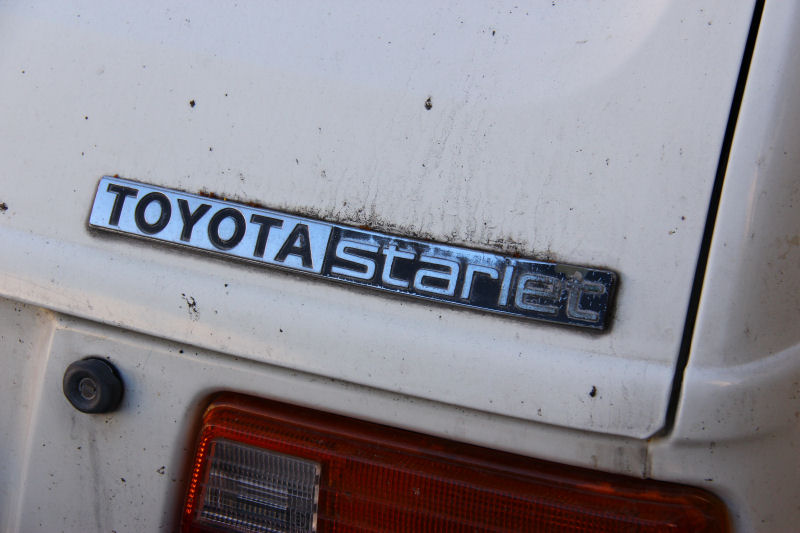 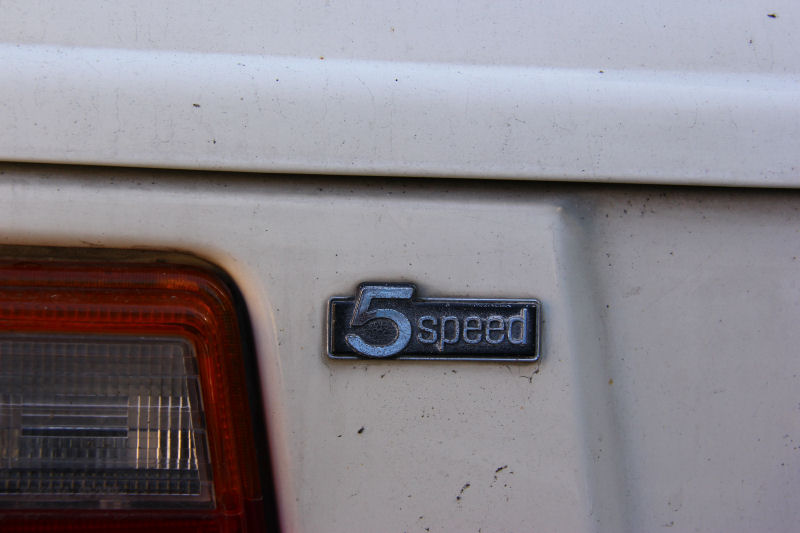 I've seen some customized Starlets over the years and they seem like cheap and cheerful little cars with at least a minor bit of tuning potential. This S model sports JDM-style fender mirrors and custom 14-inch Minilite wheels. I'm pretty sure it's the same car that was featured on BringATrailer in June 2011. Sadly, just like in the BaT post, a lot of people still don't take these cars seriously. That's too bad, I kind of like it.
Posted by Jay Wollenweber at 12:00 AM