It's something of a tradition for me to feature a hearse for my Halloween post. This year I have two to share. The first is a 1970 Cadillac Superior Crown Sovereign Funeral Coach. That's kind of a mouthful. Specifically, it is a Cadillac Funeral Coach, with coachwork performed by Superior Coach Company, and the model as offered by Superior is the Crown Sovereign. These professional cars were offered as an end-loader or side-loader ("three-way"), the latter of which came with rear-hinged suicide doors to aid in sliding a casket through either side of the car. Other options included the Landau or Landaulet trims, a padded vinyl roof covering which covered the whole roof as on this car, or in the case of the Landaulet, only half the roof was covered. The vinyl ended at a stainless steel band which extended from the C-pillar up and across the roof. 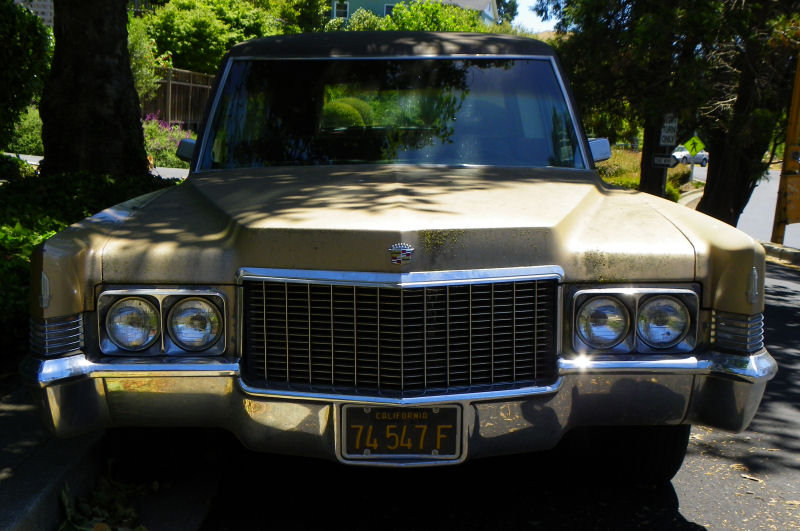 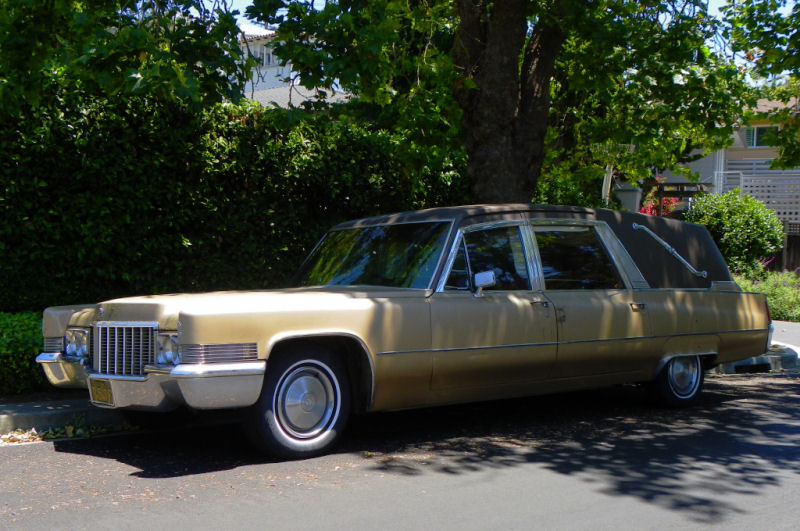 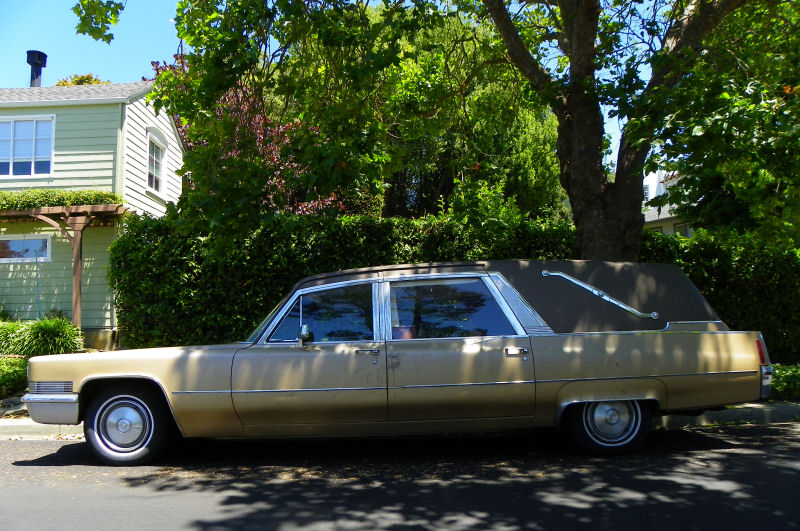 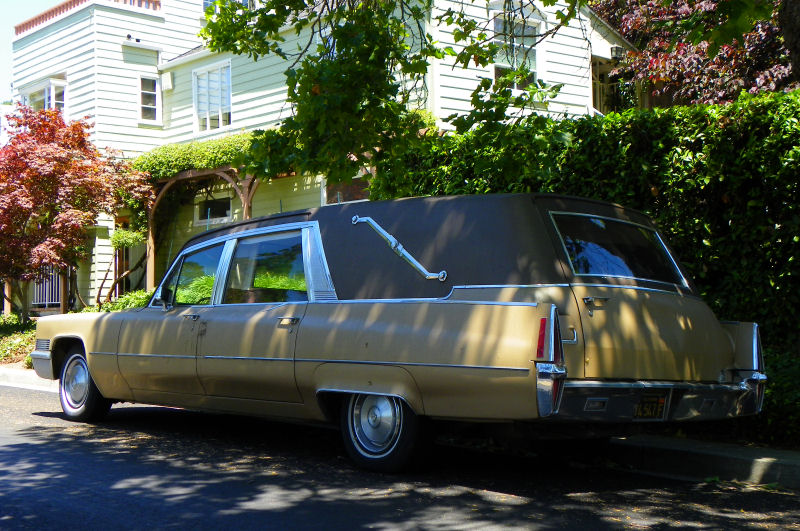 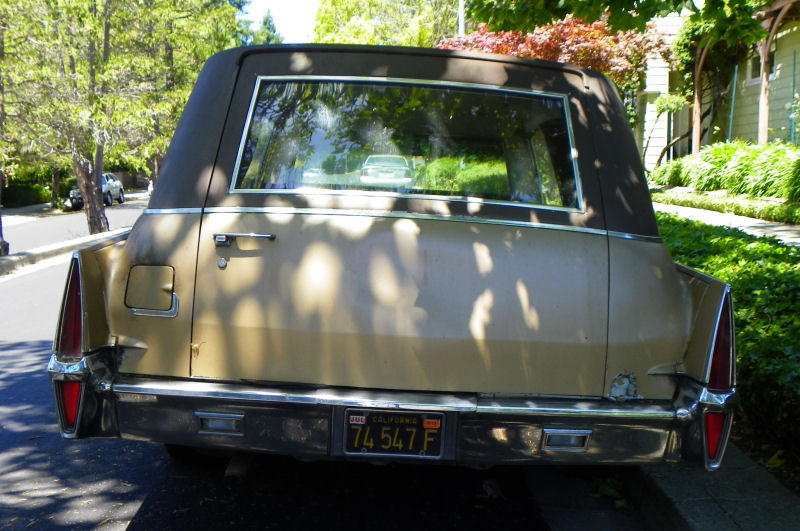 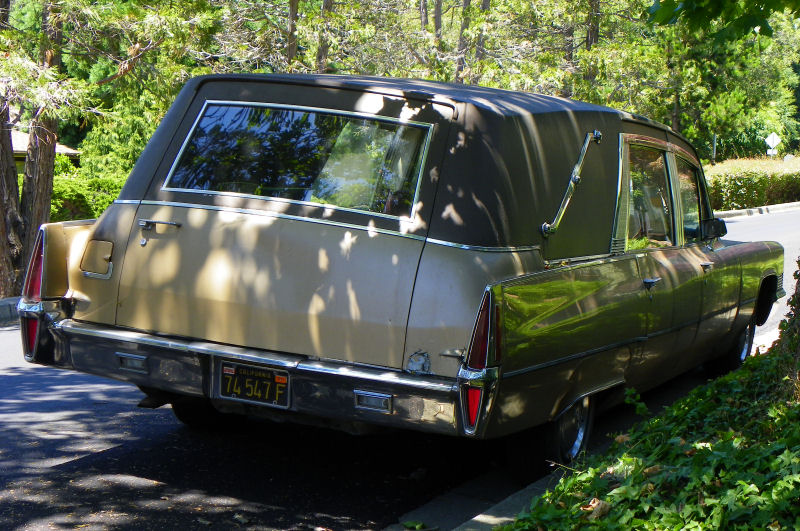 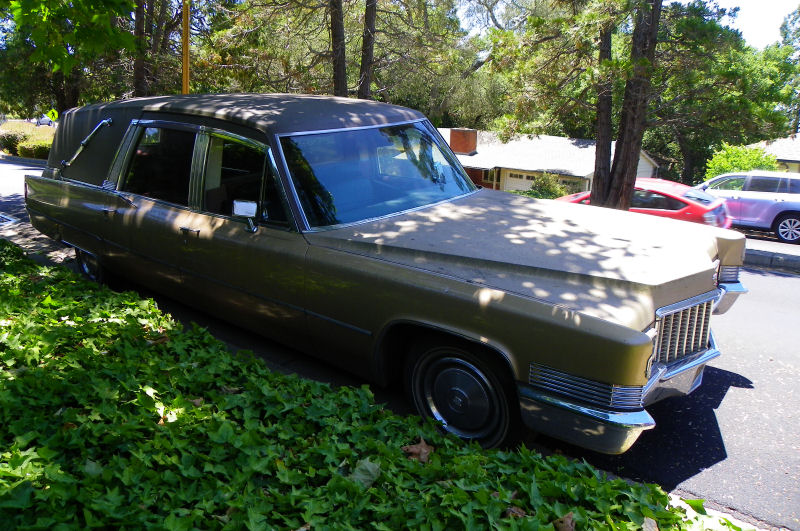 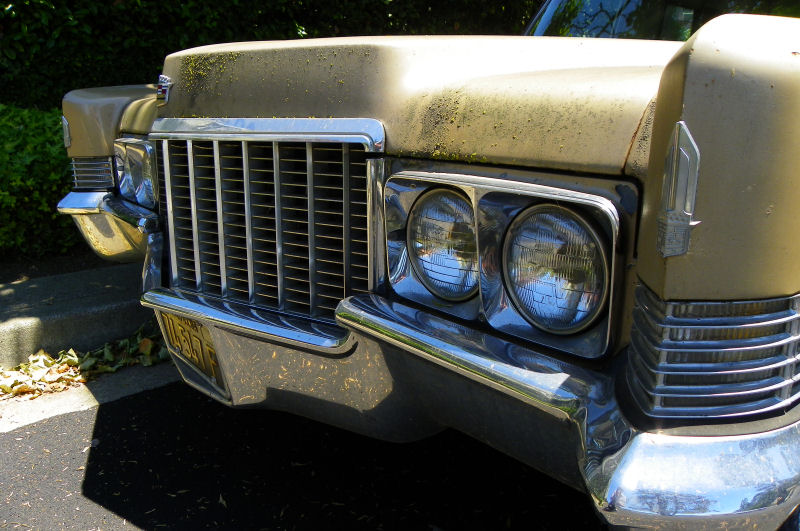 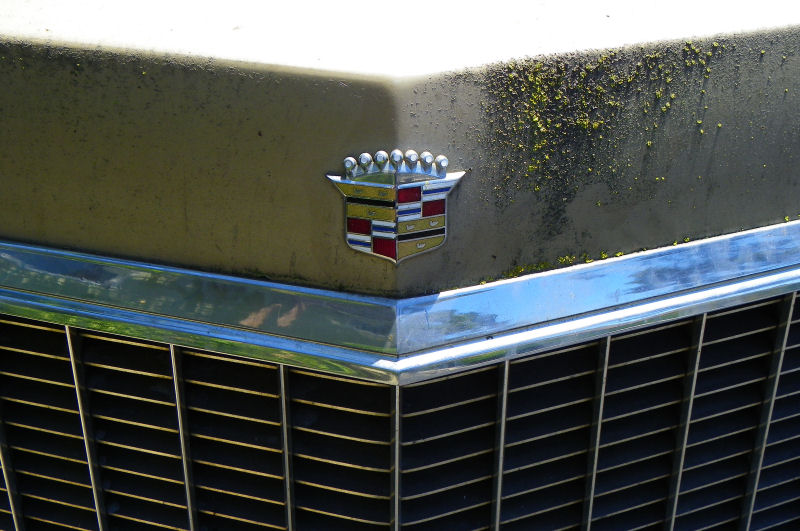 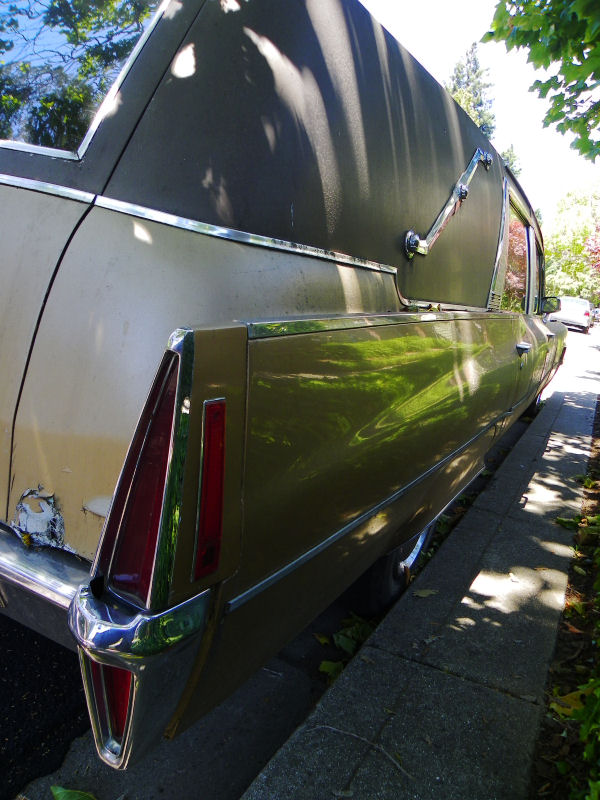 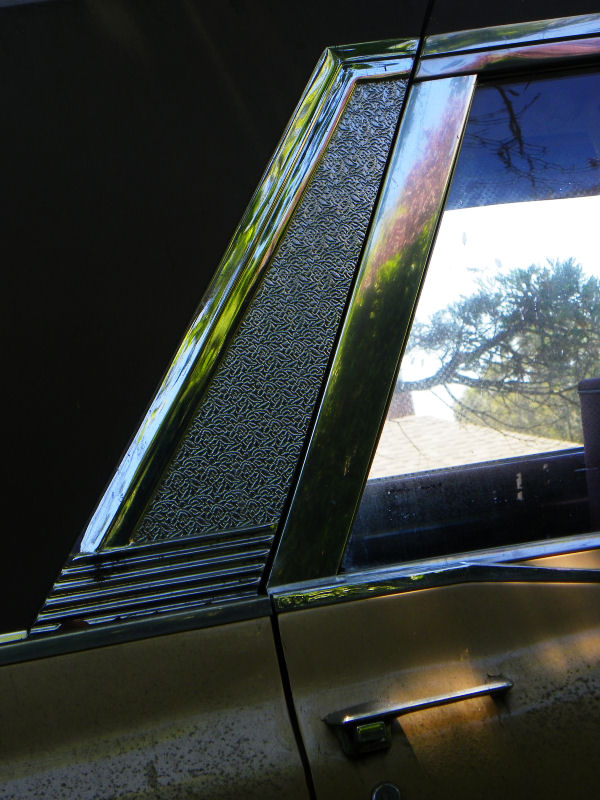 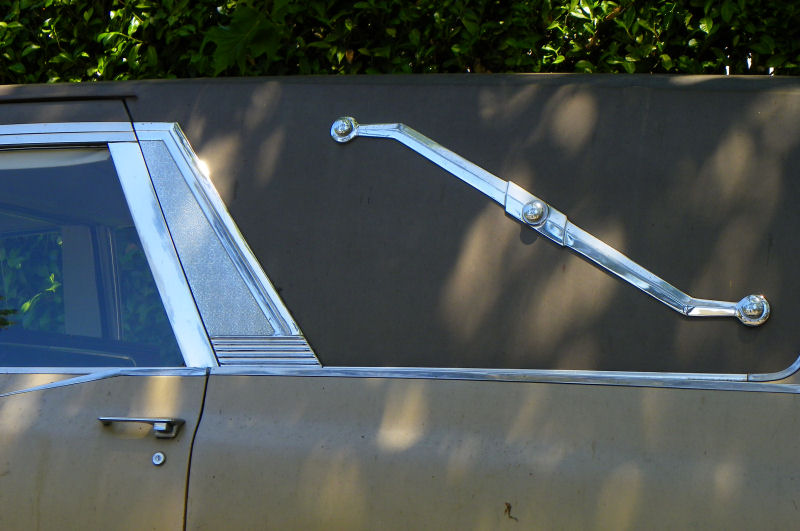 This Caddy is a bit mossy but still solid, with most of its original gold paint left intact. I haven't seen many gold hearses, which sets this one apart from most. Unfortunately I have my suspicion that it doesn't get driven much and spends most of its life collecting more moss under trees. It might be why the shaded side is still shiny and the rest of the car is dull and sunbaked. On the bright side, corrosion is minimal, all trim is present and the hubcaps are all there. I can't tell from the images whether the roof is actually vinyl or if it's just metal painted brown. Given the tendency of 1970s vinyl tops to let water in around the edges and rust out the often unpainted steel underneath, this may be a blessing.
Posted by Jay Wollenweber at 12:00 AM