The beginning of fall brought a huge termite swarm across the Bay Area this past Sunday. Usually that's only a problem for homeowners, and doesn't affect cars. Coincidentally, however, that same day marked the Danville D'Elegance concours car show in Danville, California. And one car present there would be very much at risk from termites - the Morgan. 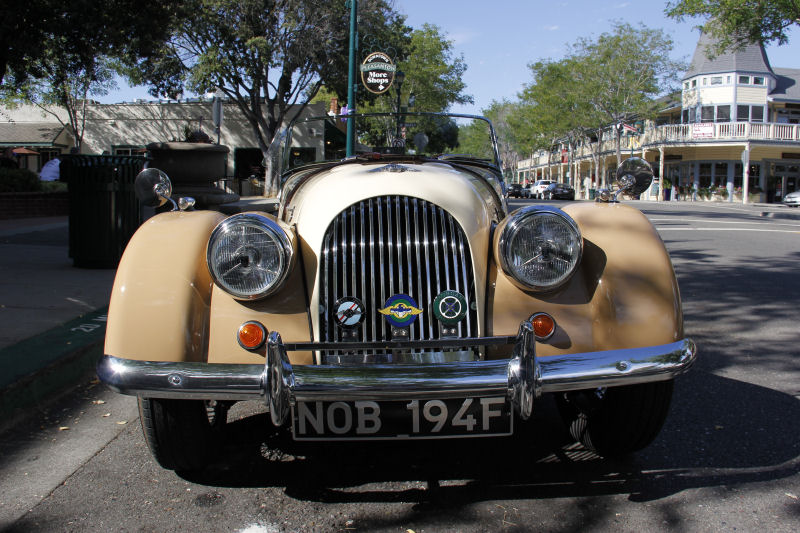 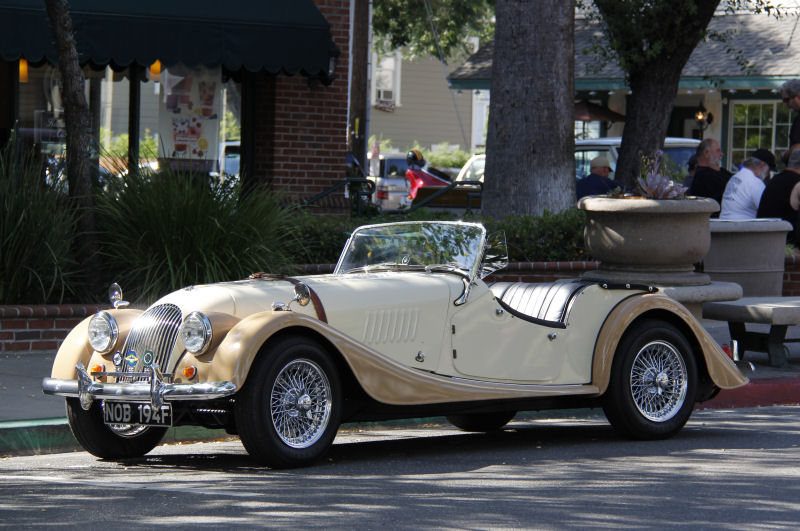 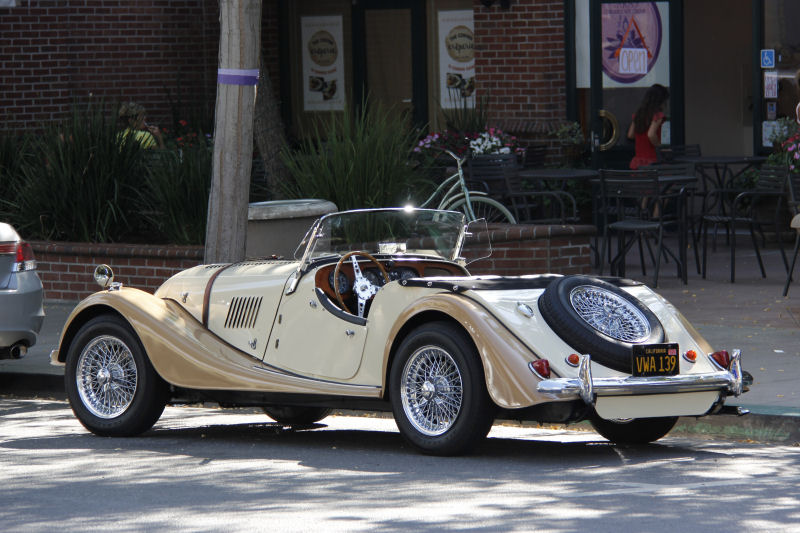 Morgan is known for doing things the old-fashioned way. They've been building roadsters with ash wood frames and the same overall body styling since 1936. Far more modern models have come along, including the Aero 8 and Aeromax, but the quaint little Roadster, be it the first 4/4 or the Plus 8, has endured and evolved as little as possible. 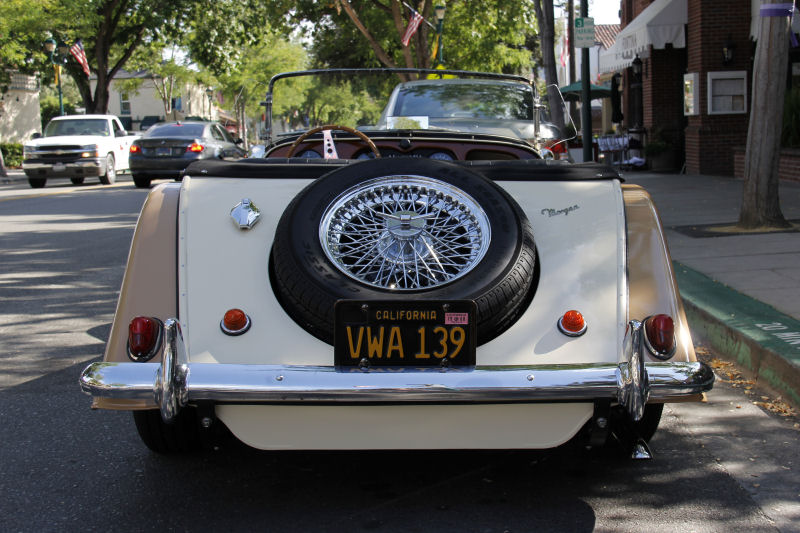 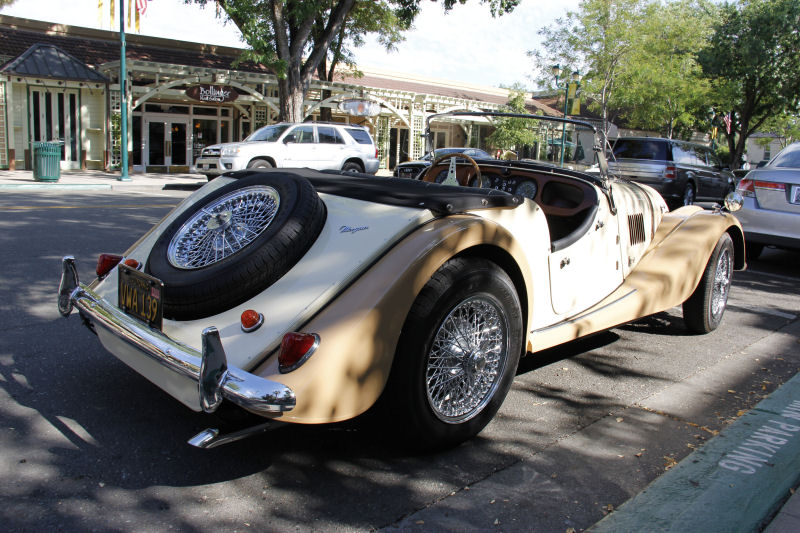 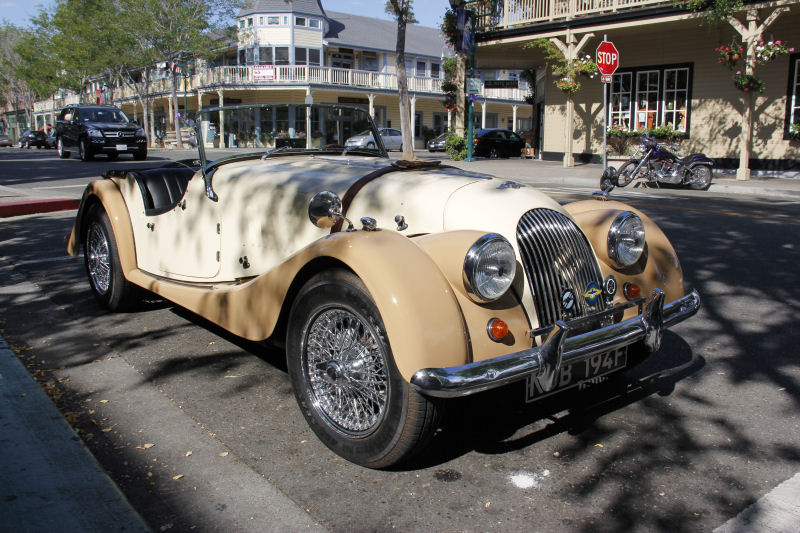 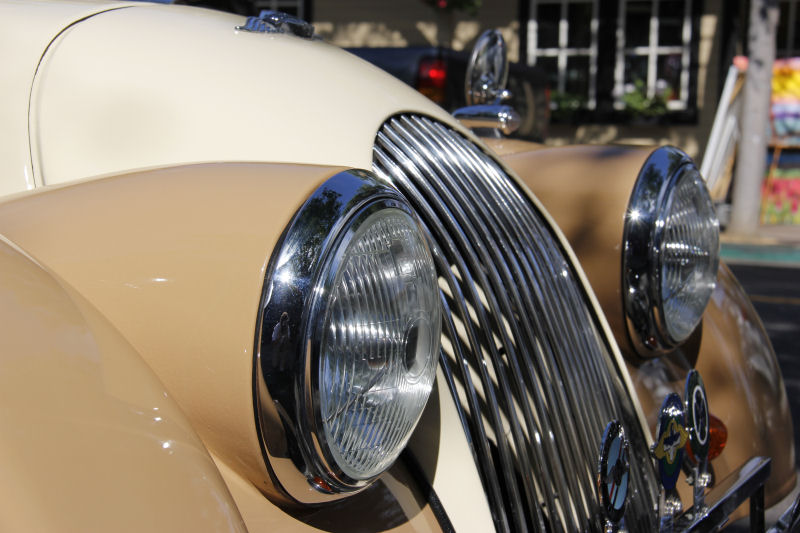 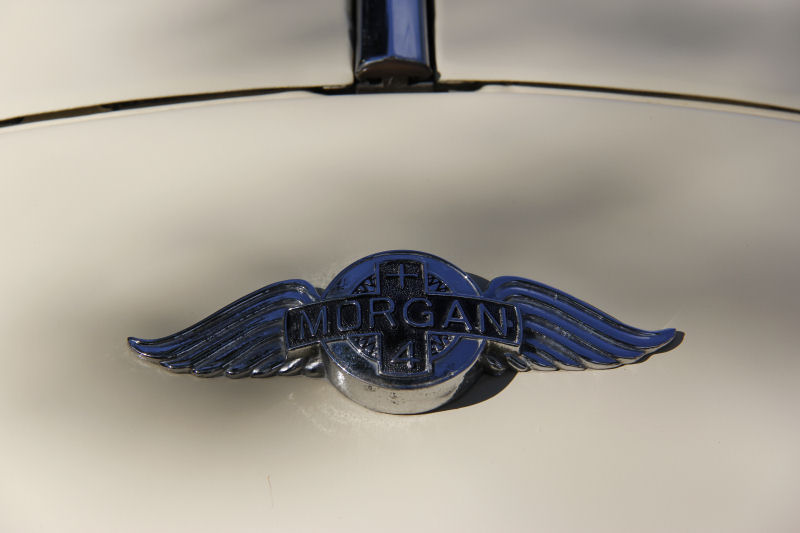 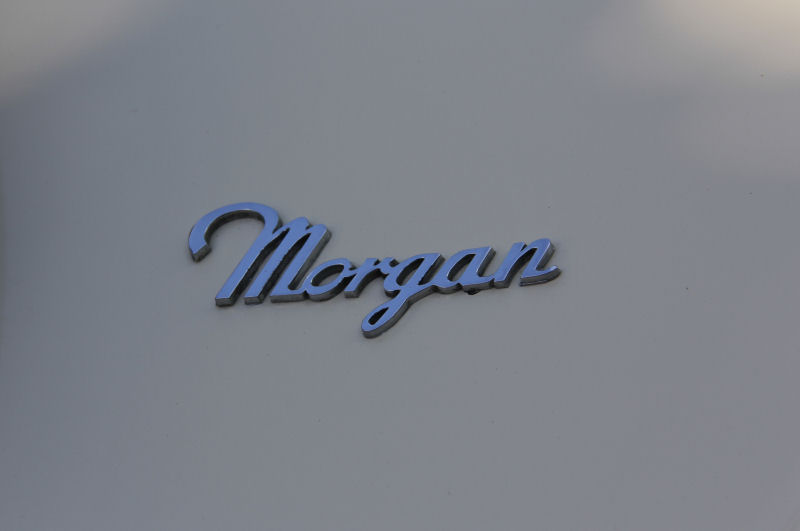 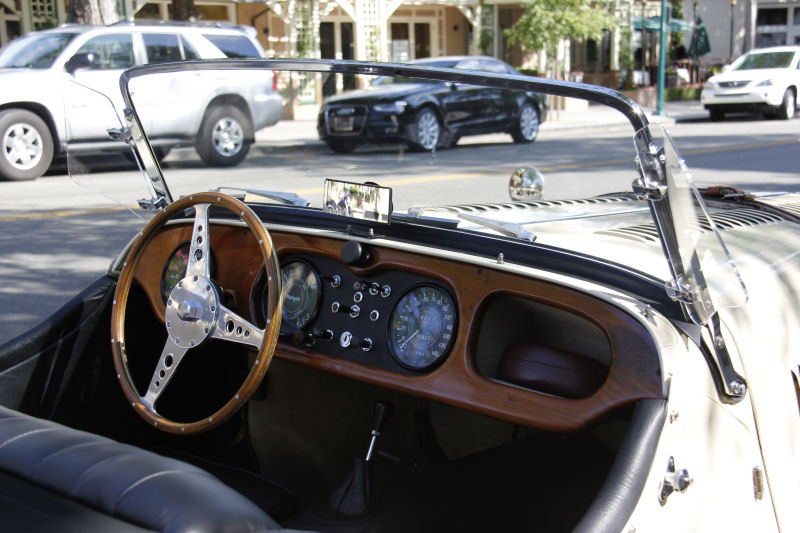 The Morgan Plus 4 was introduced in 1950 and has been produced on and off ever since. It was available as a two- or four-seat roadster and was motivated by a Triumph four-cylinder linked to a four-speed manual gearbox. This particular car is a 1968 Plus 4, which I found in historic downtown Pleasanton one evening. Further research revealed that it came to California from Vantage Sports Cars in Orlando, Florida. For that reason I question the 1968 California license plates (complete with 1968 registration tag); and being a left-hand-drive car I question the originality of the UK plates as well. If the British plate is in fact original (perhaps for purposes of importation), the car would have first been registered in early 1968. It has benefitted from a full restoration, and of course those 'correct' items could have been added. Thanks to the show-quality resto, there's hardly a flaw to be seen. I've sighted this car three times to date, one instance of which was at the Danville D'Elegance. Must be why all the termites were around.
Posted by Jay Wollenweber at 12:00 AM