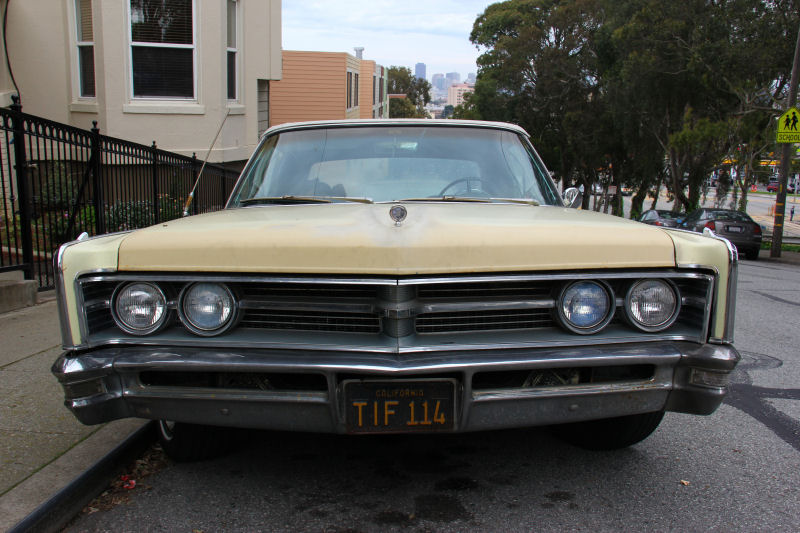 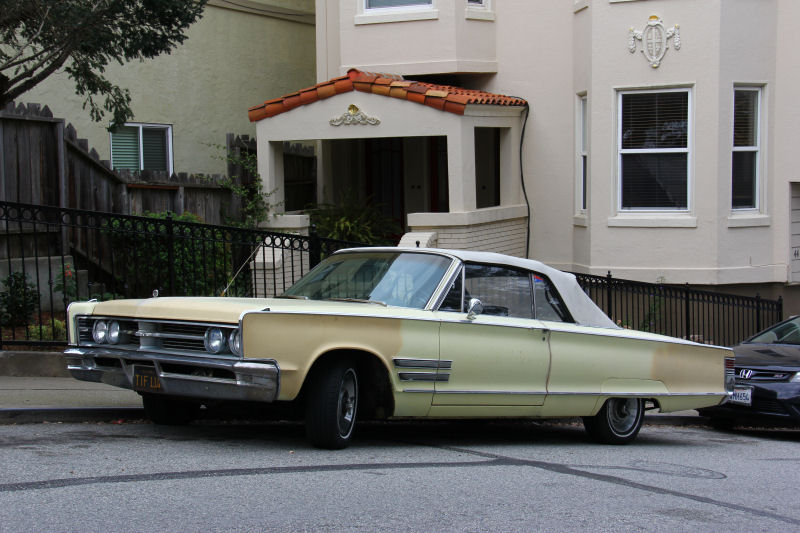 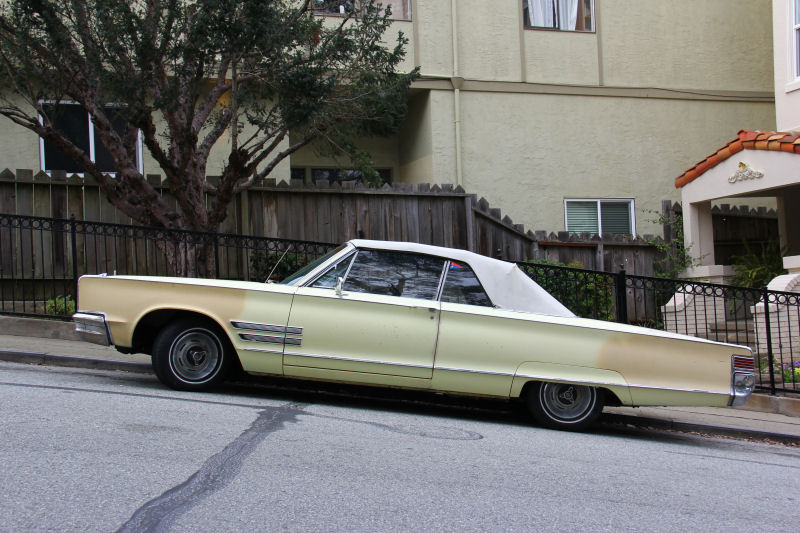 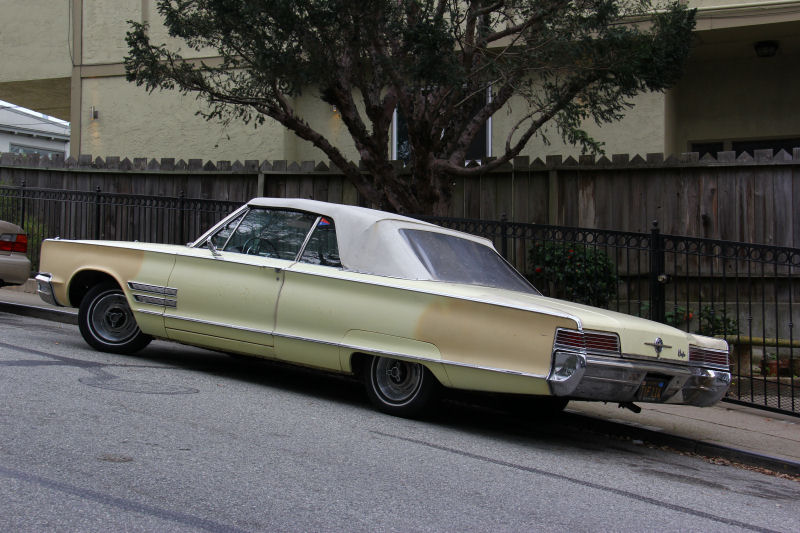 The '66 300 was a potent machine in any guise, and came standard with a 383 cubic inch V8 and four-barrel carburetor. If that wasn't enough, a 440 was available. If you wanted to keep up with, and then pass the Joneses, a 440 "TNT" package with dual exhaust and twin air induction snorkels on the air cleaner was good for 480 pound-feet of torque and 365 horsepower. To go with that sporting demeanor, buyers could order bucket seats and a center console with floor shifter so there was a good reason to put Aunt Mabel in the back seat instead of between the front occupants. As far as I know, this car has the standard 383 as suggested by the single exhaust pipe, and a Torqueflite automatic transmission is all but a given.
The convertible is rather special as only 2,500 were built, making it the second-rarest 300 that year. A special 300 pillared sedan was supposedly made for Canada and called Saratoga rather than 300; only 2,353 were built and must not have survived because I can't even find a picture of one online. (Wikipedia claims otherwise, saying that Canadians got 300 sedans in place of the outgoing Saratoga for '66, just built with Newport/Windsor taillights.) I don't even know. 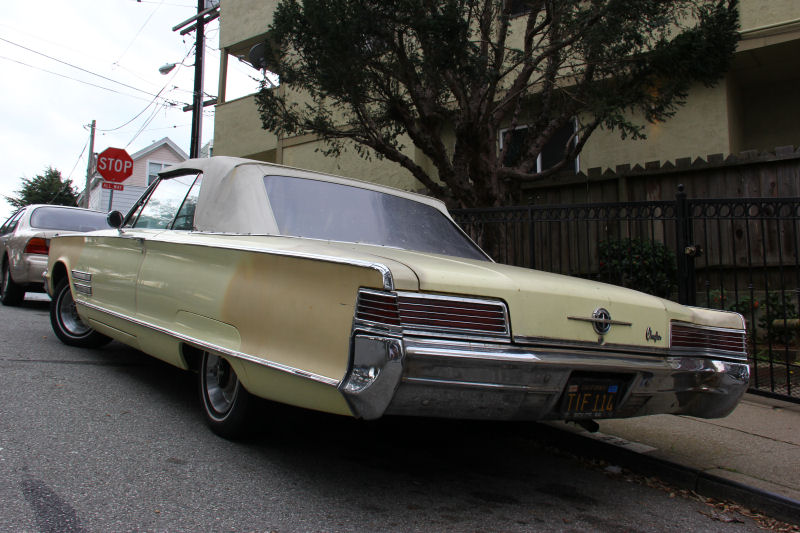 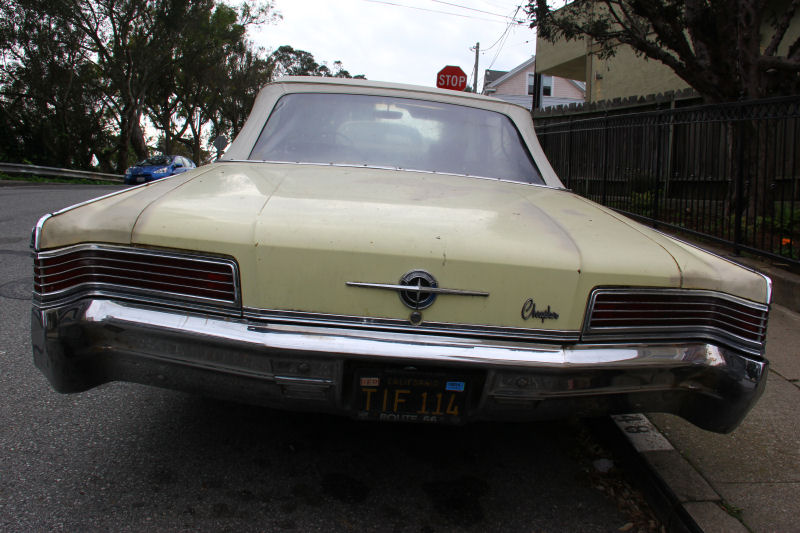 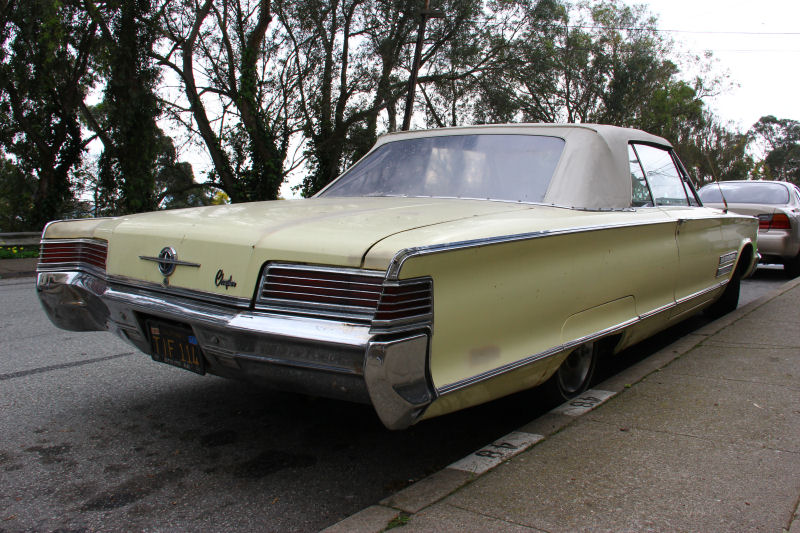 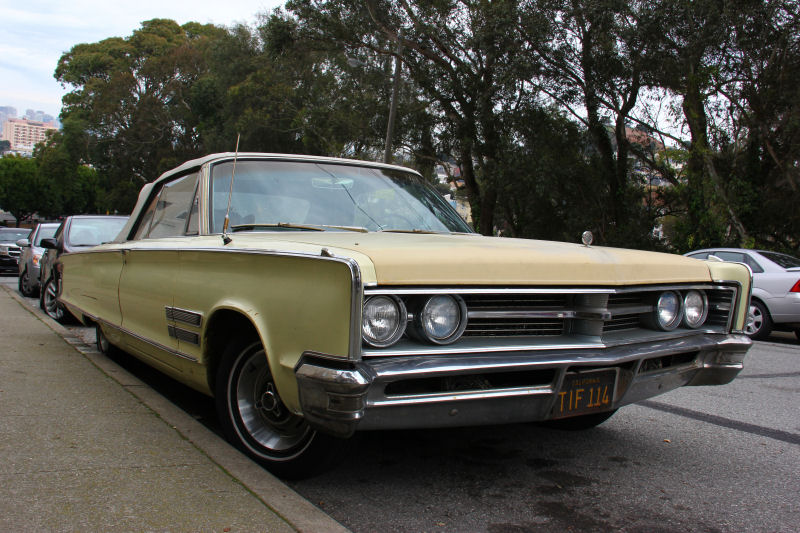 I never was a big fan of most 1960s Chrysler 300s, but the 1966 model really speaks to me. Chrysler designers cleaned up the wonky styling of the '65 with a sharp-looking new front end and slick wraparound taillights that put even all the other '66 Chrysler models to shame. Put a Newport or New Yorker next to a 300 and it makes them look downright frumpy. And they all share the same body! 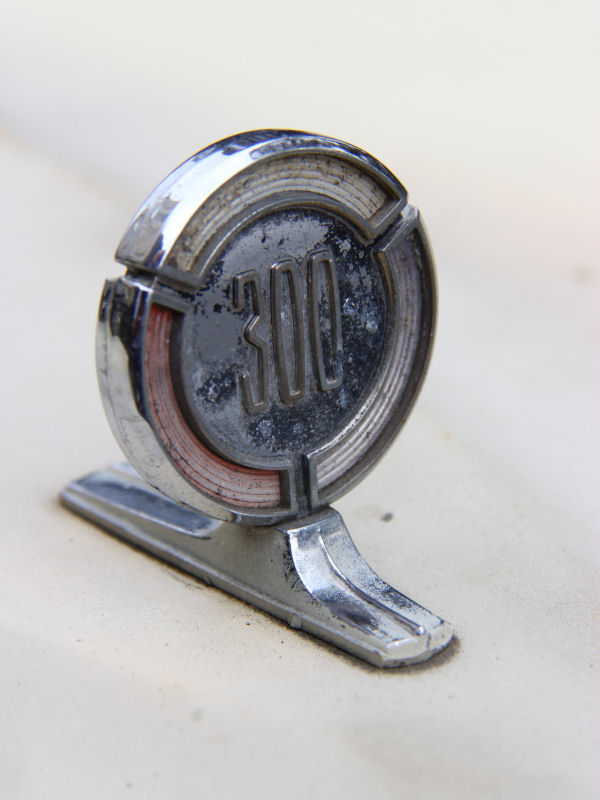 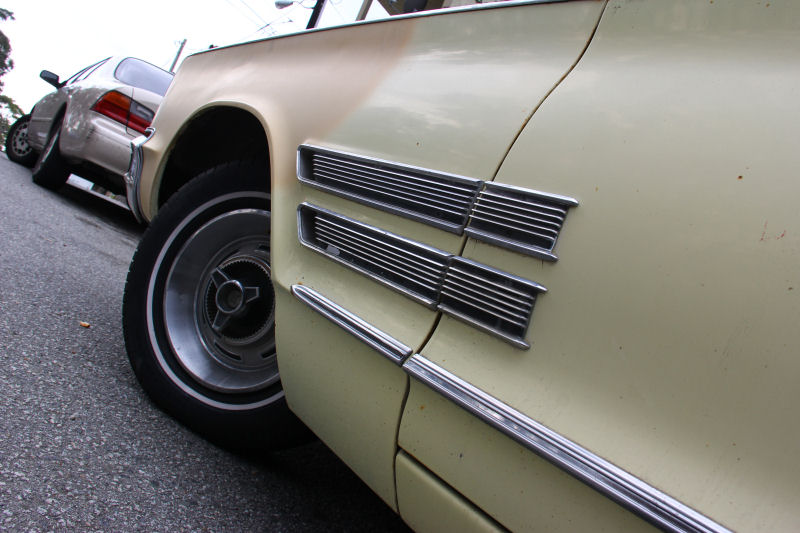 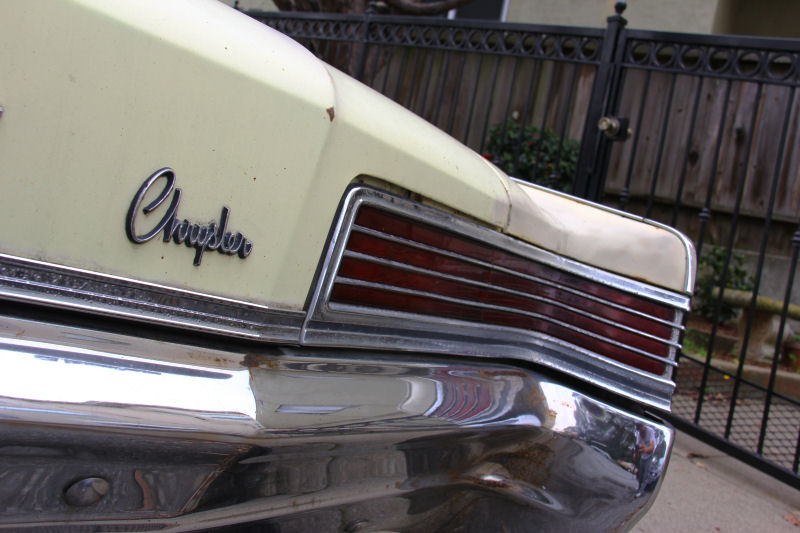 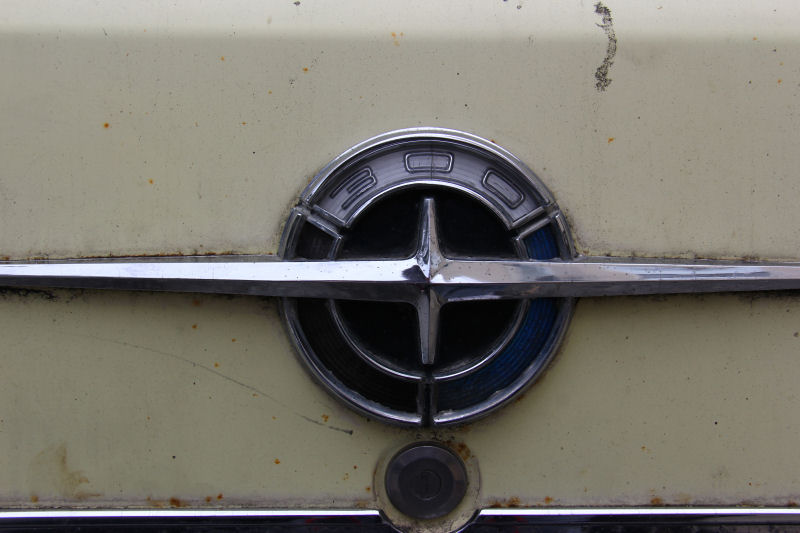 This car has aged a lot yet has survived in very solid condition. I read that the '66 models were offered in six colors including a tan shade. The base color here looks closest to code S Ivory, with some touch-ups that don't match very well. All the trim and badging is still intact along with the cool factory deep-dish wheelcovers and spinner center hubs. Fresh paint and lots of chrome polish would go a long way toward sprucing this big boat up.
Posted by Jay Wollenweber at 12:00 AM