San Francisco is known for many things, good or bad, and one of those things is a high population of old French cars. To date, I've featured seven classic Citroëns, all of them spotted in the city of San Francisco. This '77 2CV is number 8. And there are more on the way in the future. 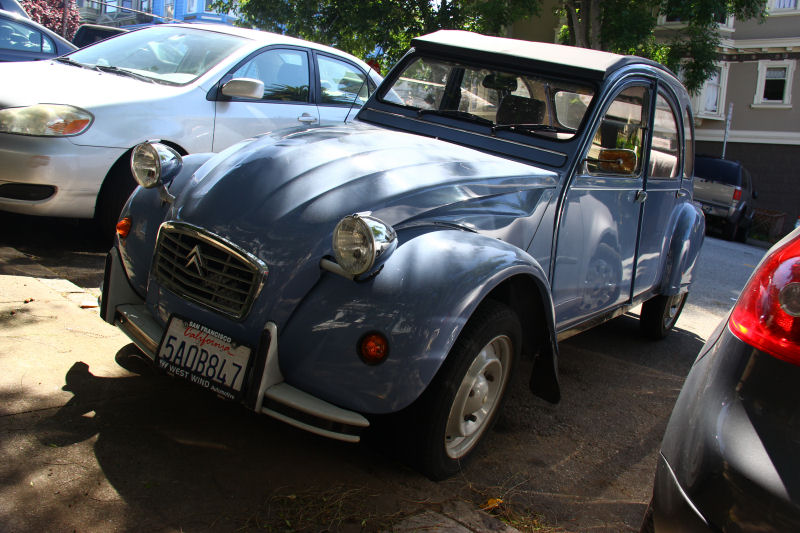 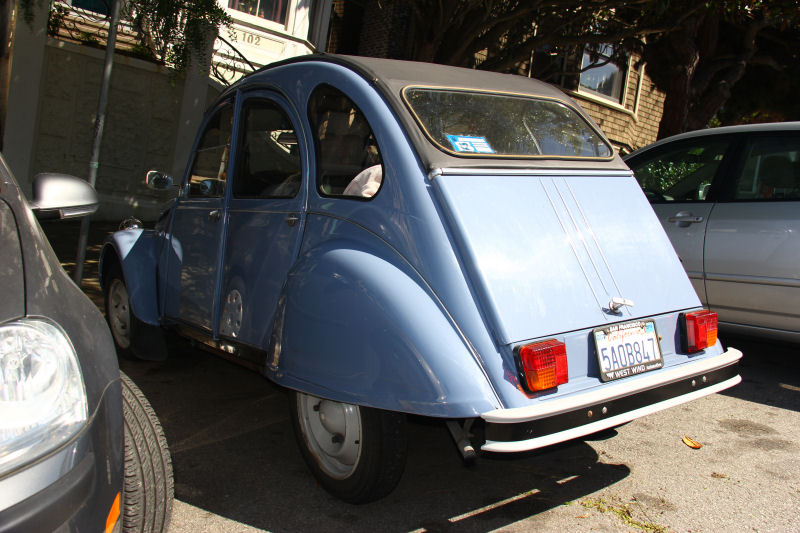 The humble 2CV has a certain significance to me, even though I don't consider myself a fan of French cars. My mother's cousin collects old Citroëns, including at least one early 2CV. As a child I had an old 1:64 scale Maisto 2CV in yellow with a black roof, and I've always loved the car chase in the Roger Moore Bond flick, For Your Eyes Only, in which a yellow 2CV performed admirably against two Peugeot 504s and all of Newton's laws of motion. 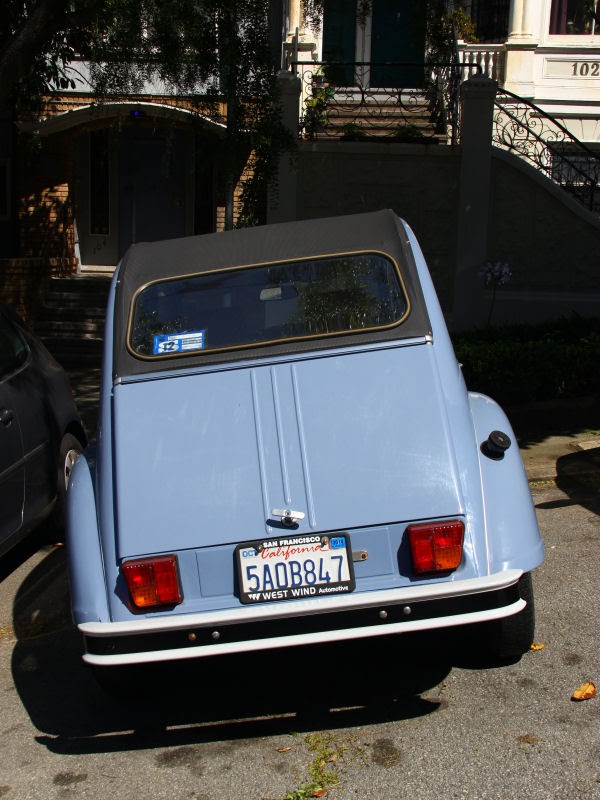 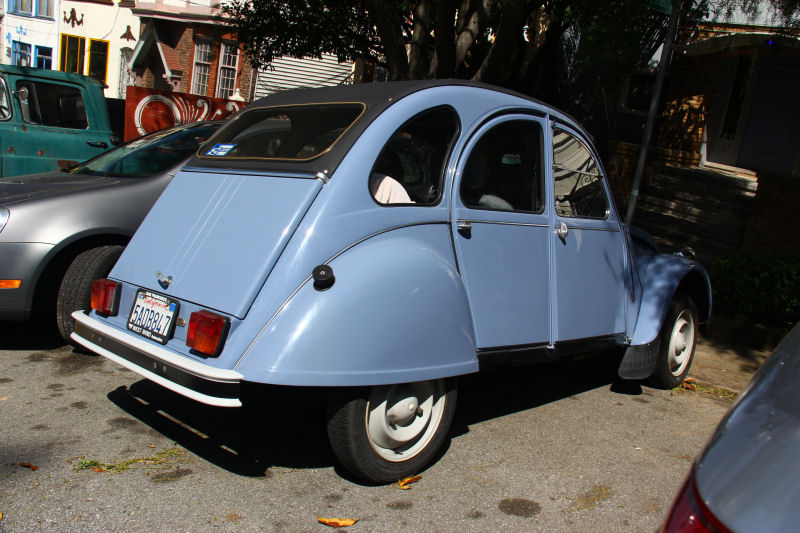 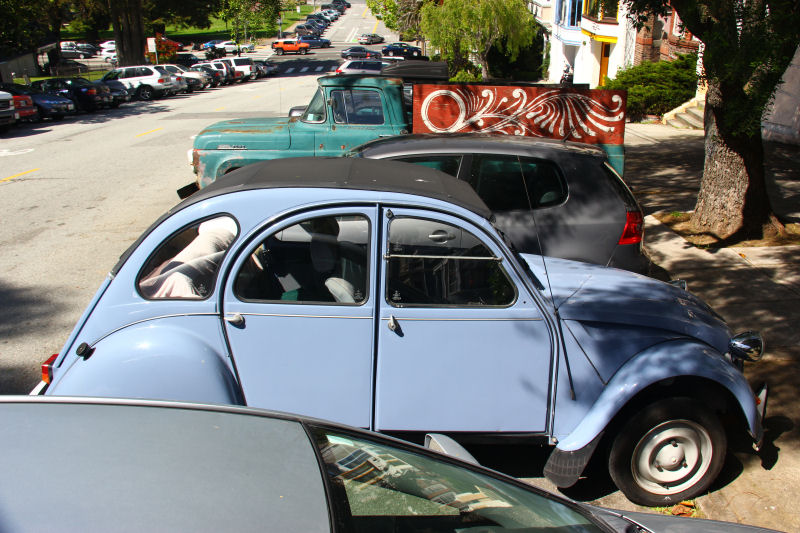 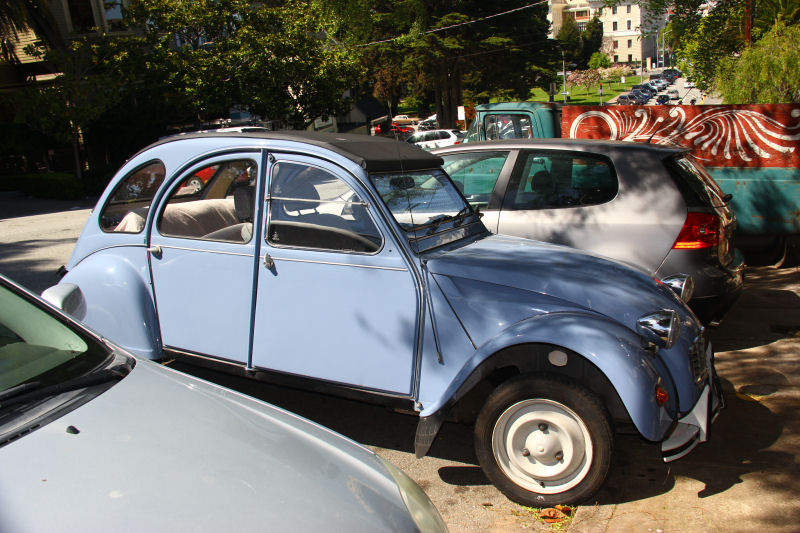 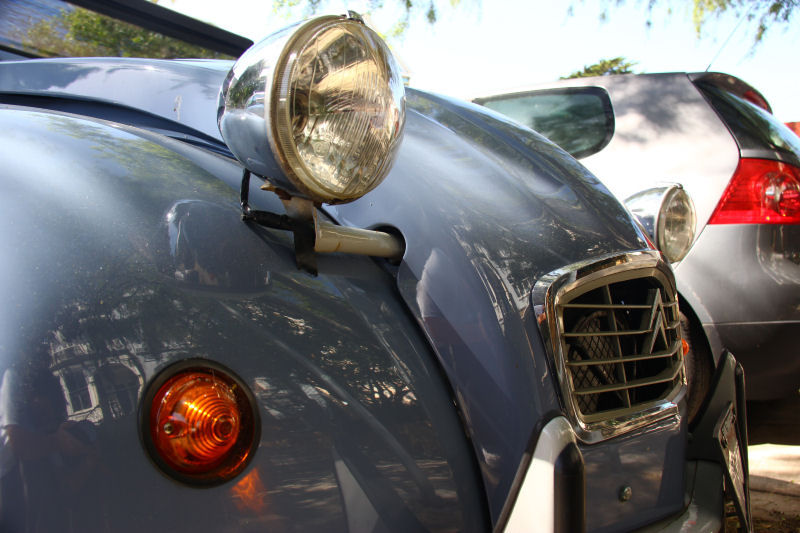 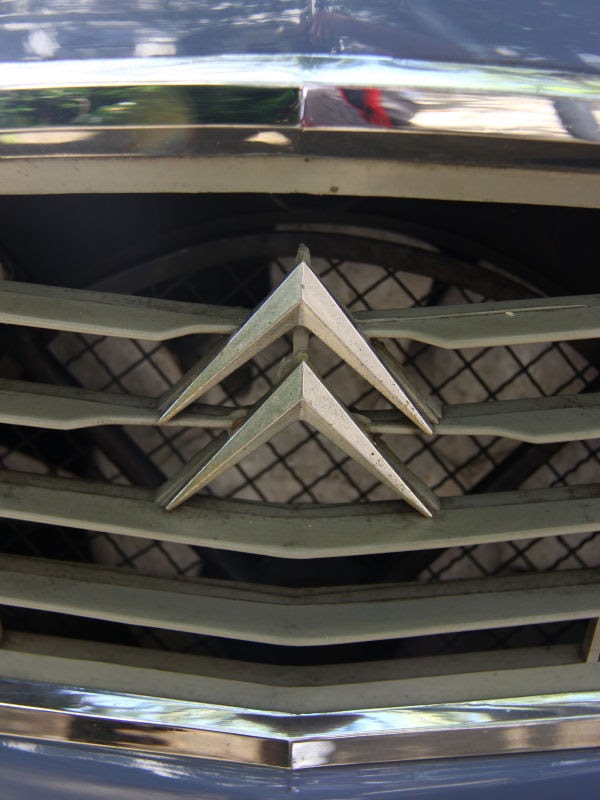 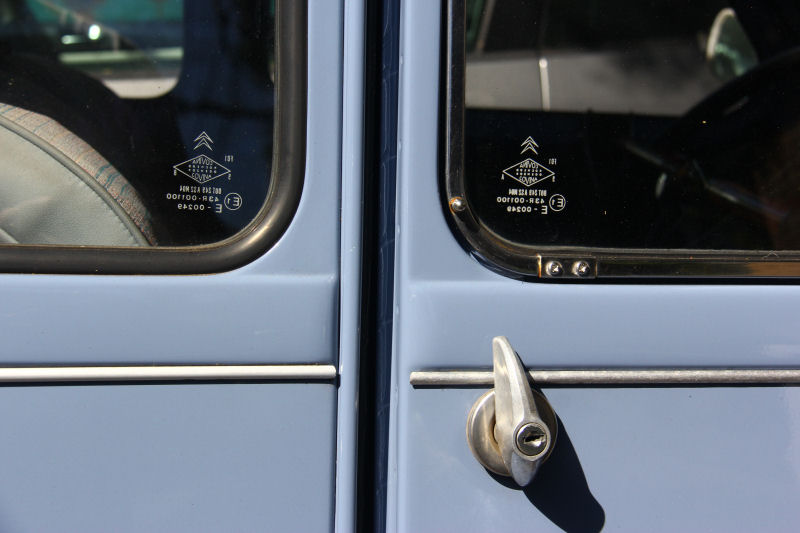 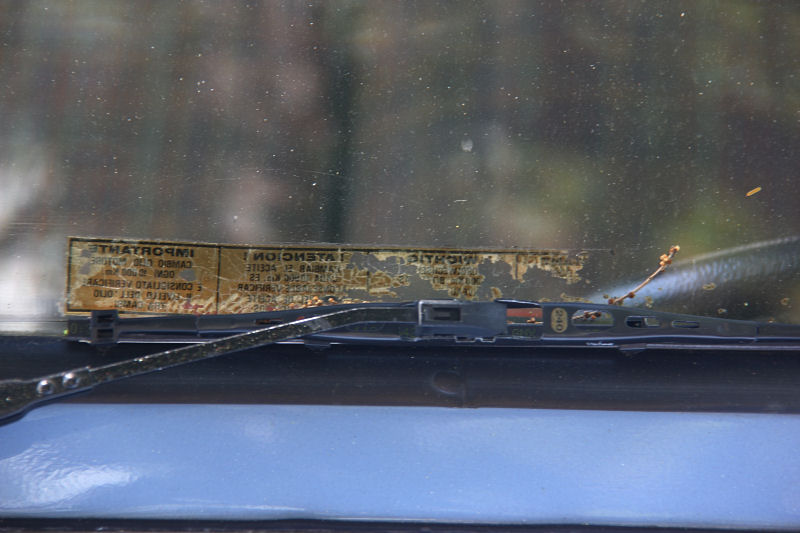 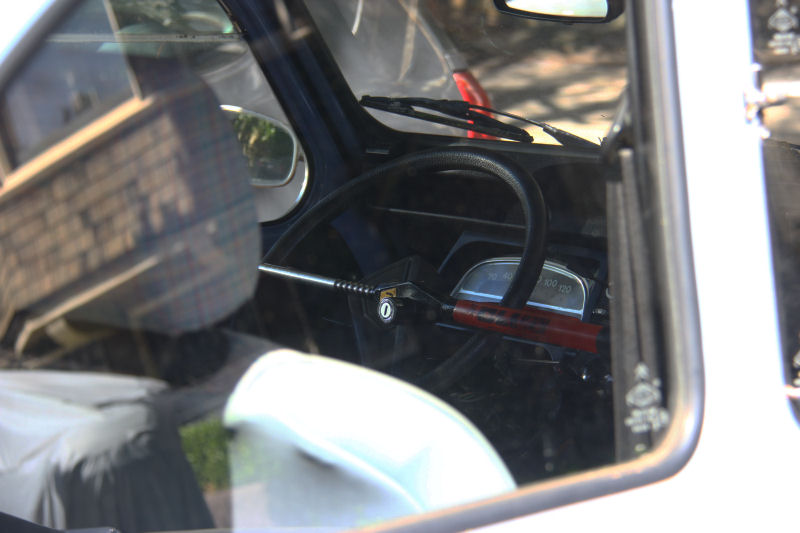 This '77 2CV6 is a very fine example, spotted in the Haight where I've seen at least one other Deux Chevaux before. It's a pretty standard car in an unassuming shade of blue that probably matches the exhaust that comes out the back. Or maybe not. Being a '77, it's subject to California smog testing, so I hope it runs relatively clean. My favorite detail of it is the multilingual sticker advising the owner to change the oil every 10,000 kilometers. I wish the sticker was in better condition, because you never see service reminders on cars in four or five different languages except in the owner's manual.
Posted by Jay Wollenweber at 12:00 AM