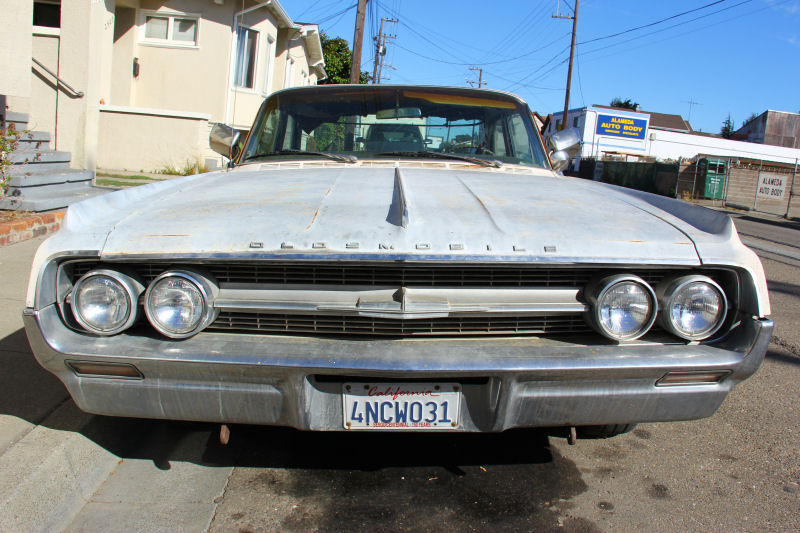 Few cars have carried as many marketing names as the Oldsmobile Eighty-Eight. Some have been straightforward trim levels, such as DeLuxe 88 and Super 88, but Oldsmobile has long been associated with rockets, so much so that their logo was a stylized rocket for decades. The Rocket V8 engine sparked a lineage that would include the Rocket 88, Dynamic 88, Jetstar 88, and more puzzling Delmont and Delta 88s. Delta was the most enduring nameplate, lasting more than twenty years. Jetstar, as seen here, was the cheapest full-size Olds and the name was only used from '64 to '66. 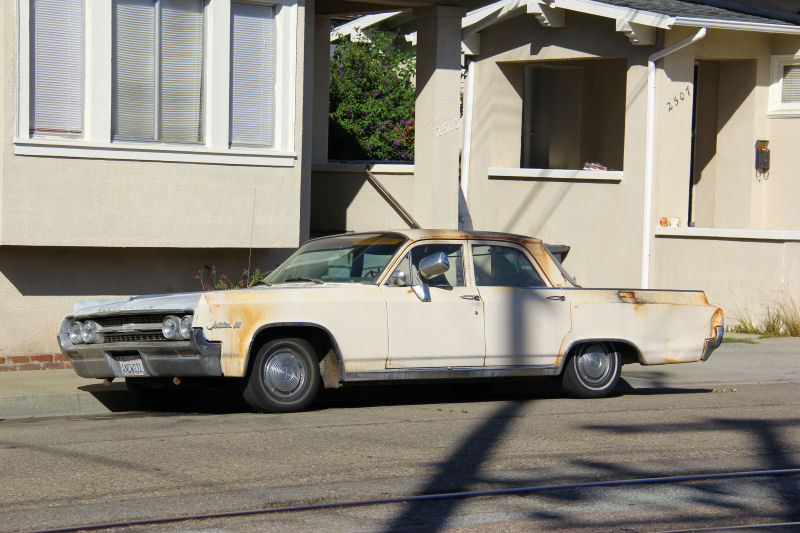 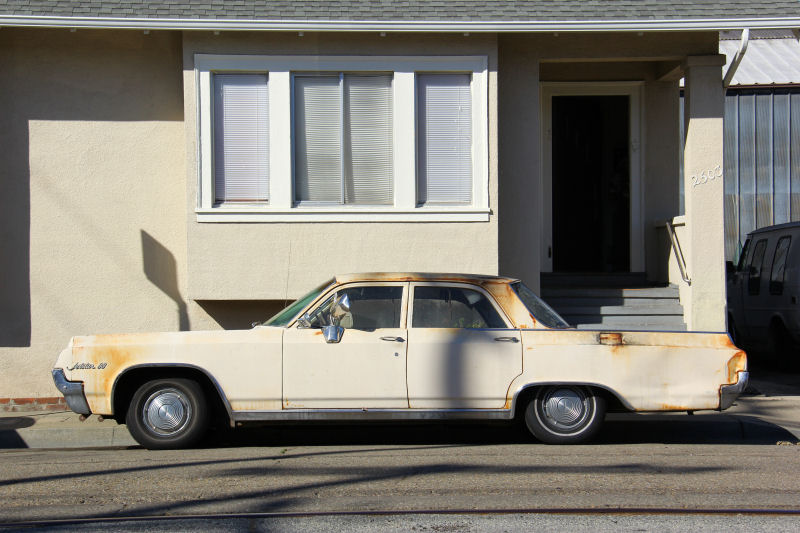 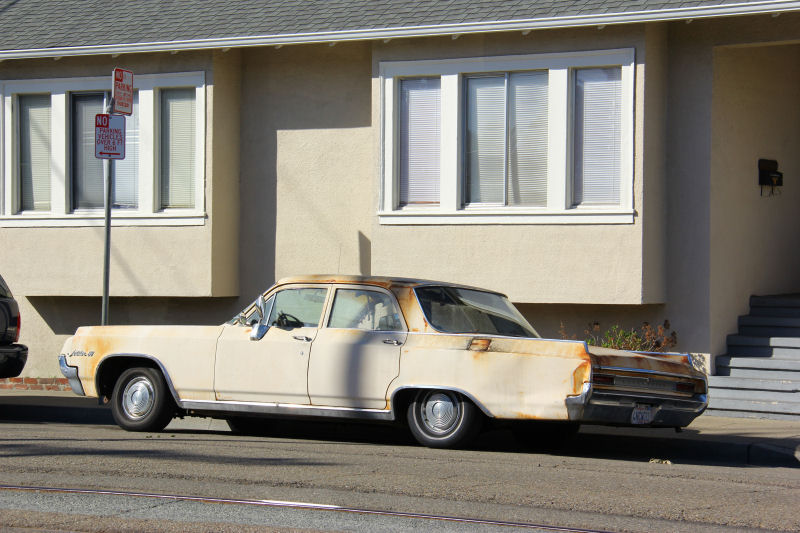 The Jetstar 88 was built using the same body as other 88 models, but used the 330 cubic inch V8 from the mid-sized F-85 (Cutlass) line and a two-speed automatic. GM marketing went whole hog on jet-age adspeak for this package, calling it the Jetfire Rocket V8 with Jetaway (Super Turbine 300) transmission. Pillared sedans were called "Celebrity", while four-door hardtops were called "Holiday". Jetstars didn't offer the performance or braking ability of Dynamic or Super 88s, but provided more interior and trunk space than a smaller F-85 without sacrificing the relative economy. 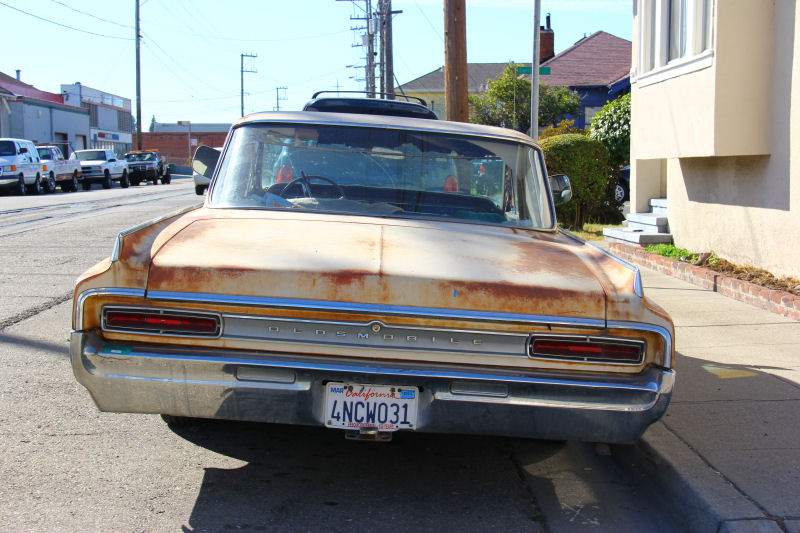 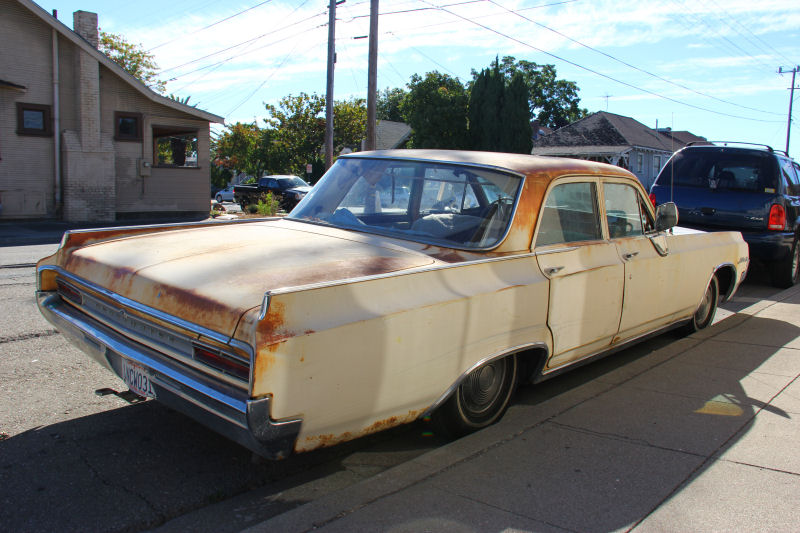 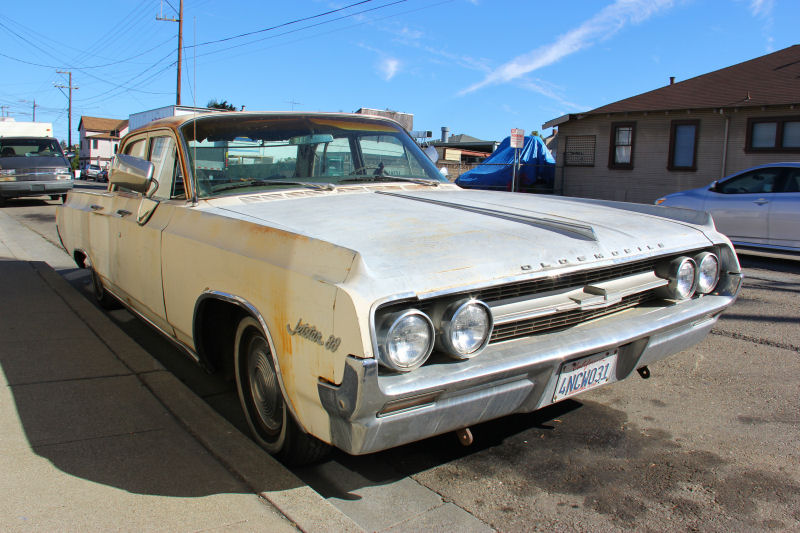 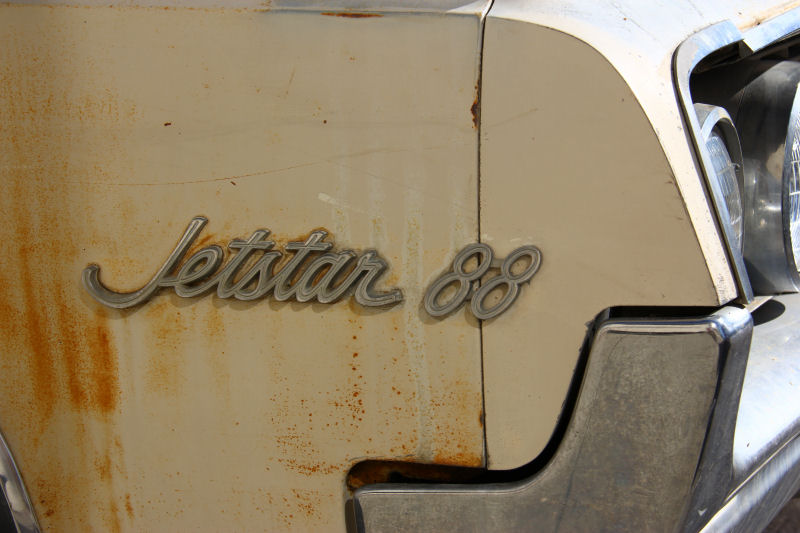 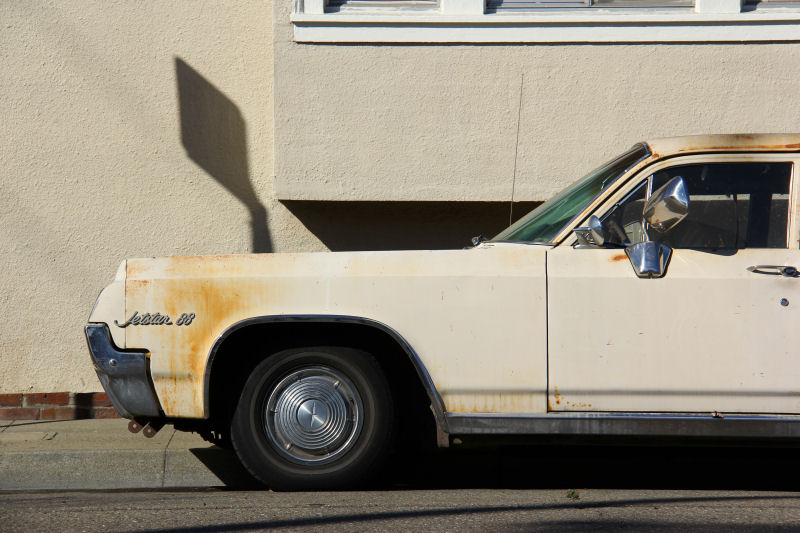 This Jetstar has been around the block a few times, and its coat of Provincial White is on its way out. Despite the growing rust problem, the body is relatively damage-free apart from a small crunch to the left rear corner. Perhaps the ginormous truck mirrors do serve a useful purpose after all. To me the Olds design has more character than a same-year Chevy Impala, a little awkward from some angles but not overtly strange. I think it's one of the better-looking full sized cars to come out of GM in 1964.
Posted by Jay Wollenweber at 12:00 AM