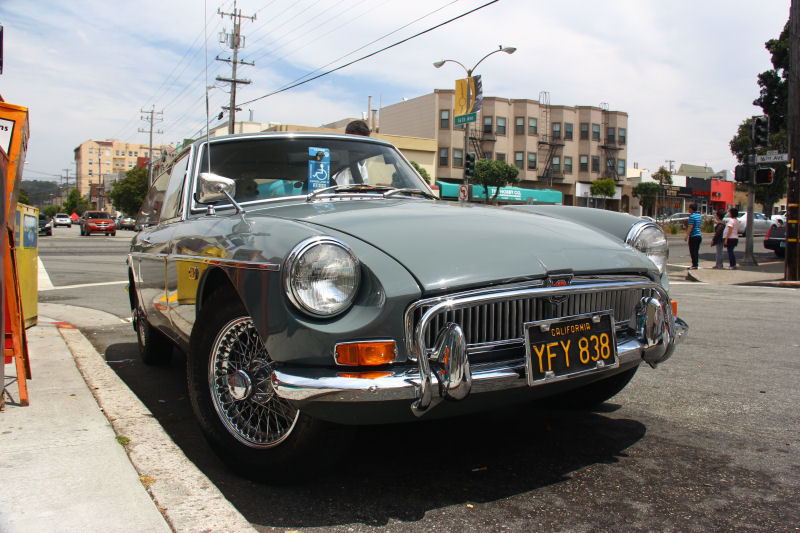 I've always liked the early models of the MGB. The late ones made after 1971, hobbled by ugly black rubber bumpers and an aerodynamic plastic front end cap, just don't appeal to me. The roadsters are nice, but I really like the MGB GT 2+2. 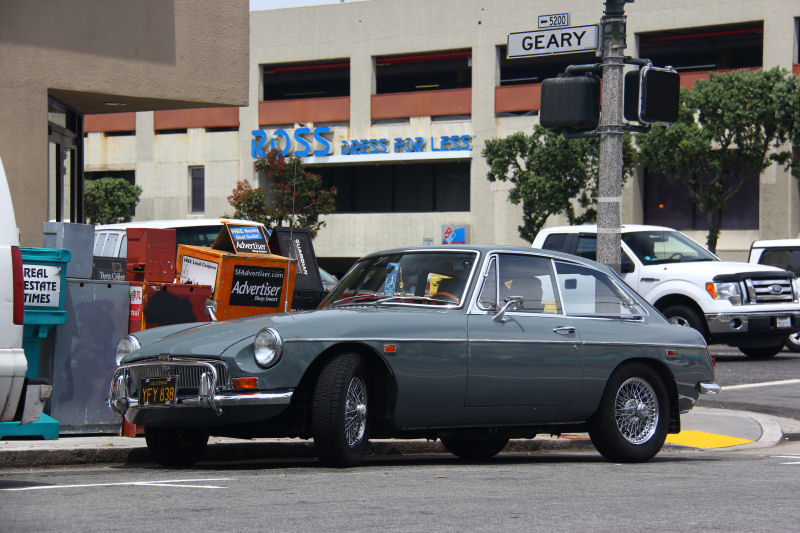 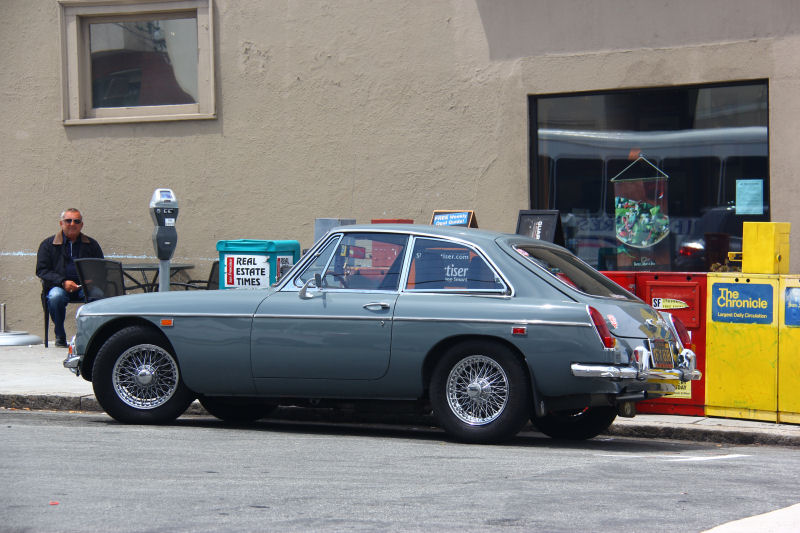 MG got really good longevity out of the 'B, producing it for eighteen years with surprisingly few substantive changes. More than half a million of the little cars were built in total. The GT version introduced in 1965 accounts for 125,282 of those. As with many imported cars of this era, the U.S.-spec version suffered from decreased output thanks to American smog laws. We also ruined a lot of interesting cars by forcing them to accommodate our headlight, ride height and bumper standards. The MGB was one of them, forced to install blocks in the front suspension to raise the front end an inch to meet new laws for headlight level starting in the 1970s. This adversely affected the handling and the overall stance. The late-'60s cars like this one at least only had to deal with early smog controls and side markers, and still had the classic good looks and chrome. This one caught my eye not only for its excellent condition, but also for its rare Grampian Grey color offered only on 1965-69 GTs. It's a quality repaint of the original color. This car may have had red leather interior but I don't recall exactly and can't tell from the photos; that upholstery appears to be a common pairing with the grey exterior color on these cars. 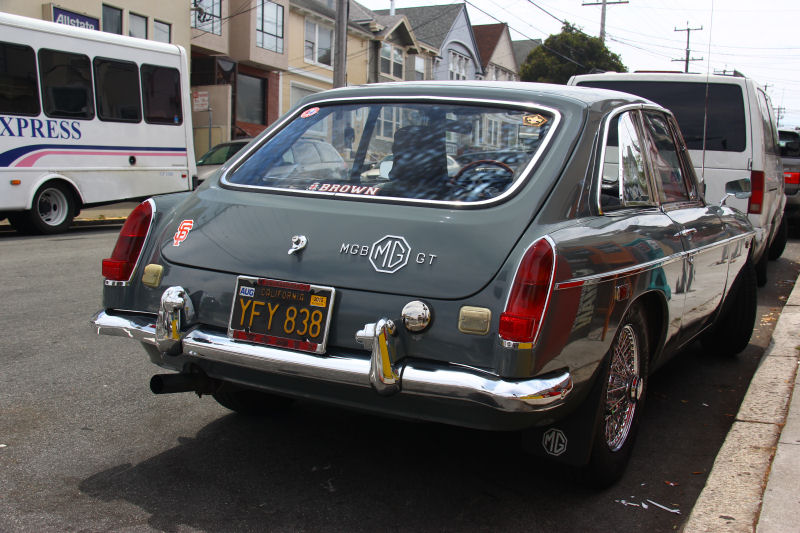 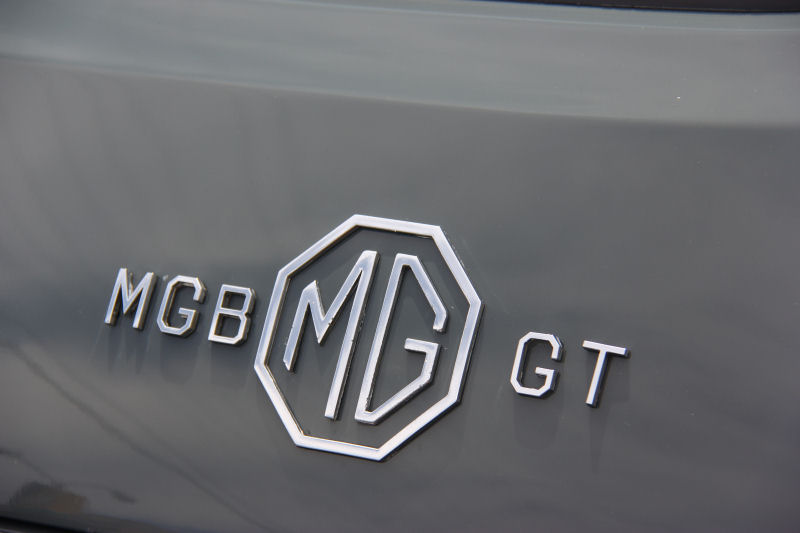 I hate that I got so few pictures of this car, because shooting it cost me a $66 parking ticket. Remember folks, meter readers are stealthy and vigilant and that's all the praise I feel like giving them. The owner appeared while I was taking pictures and we got carried away talking. He bought the car new in 1969 and had many memories in it, even if it only accumulated 94,000 miles. Unfortunately he had to leave, so that was the end of my shoot. The moral here is, when shooting an interesting car, pay for more parking time than you need, because interesting cars have interesting stories.
Posted by Jay Wollenweber at 12:00 AM