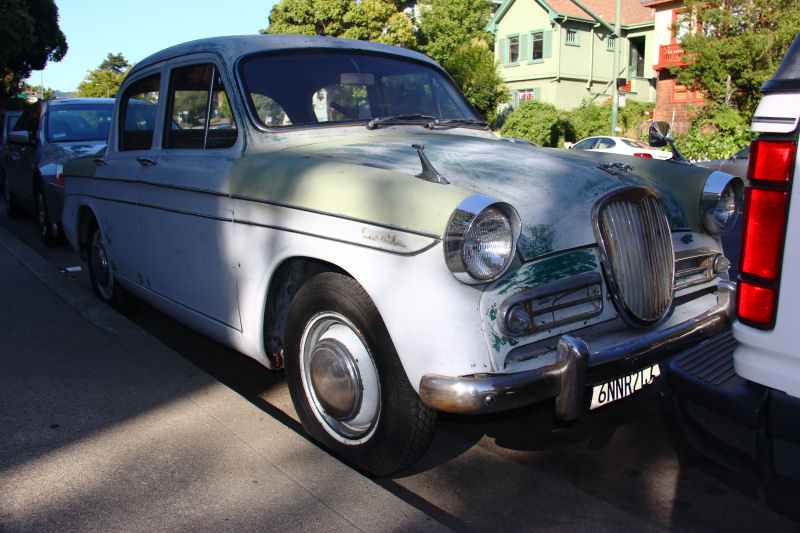 This week we've been looking at Rootes Group cars, and already seen representation for the Sunbeam and Hillman brands. Now let's check out a rarely-seen Singer Gazelle. 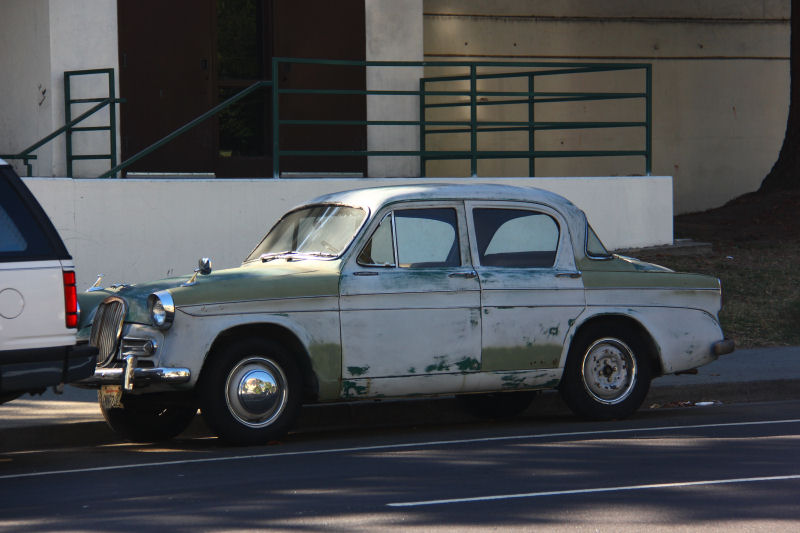 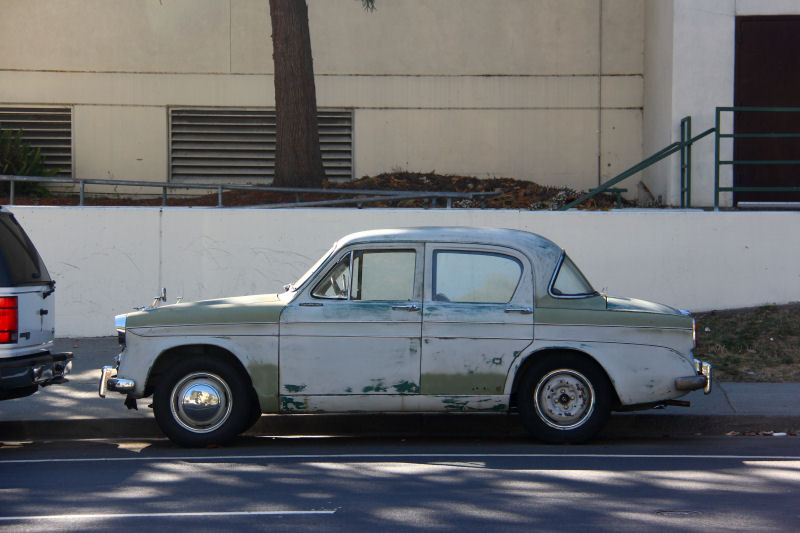 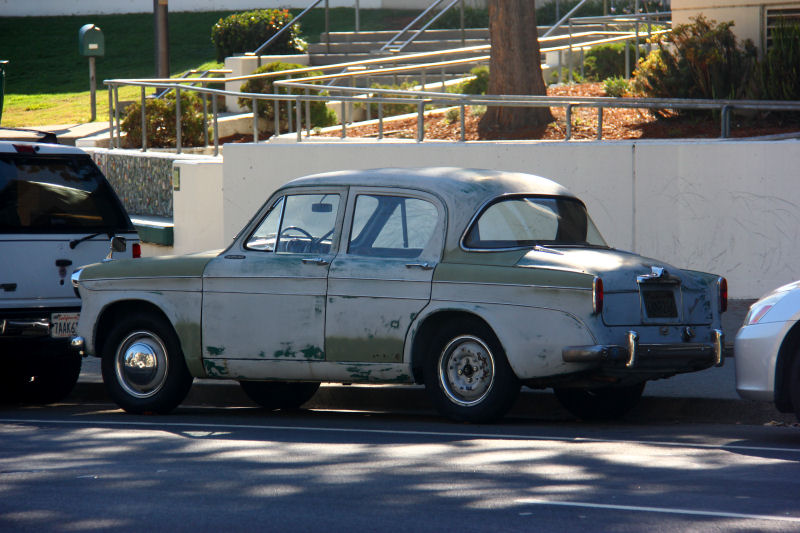 Singer was to Hillman, what Wolseley was to Austin: an upmarket, luxury-oriented badge job with more formal styling, fancier trim and a nicer interior. It might not be fair to call the Singer Gazelle the Cadillac Cimarron of British cars, though I can't help but draw a parallel. Singer took a Hillman Minx and tacked on an ovular vertical grille and more ornate side trim, and added a leather interior available with either a front bench seat or a pair of buckets. Power came from a Hillman 1.5 liter four coupled to a four-speed manual transmission (an automatic was added as an option in 1959). 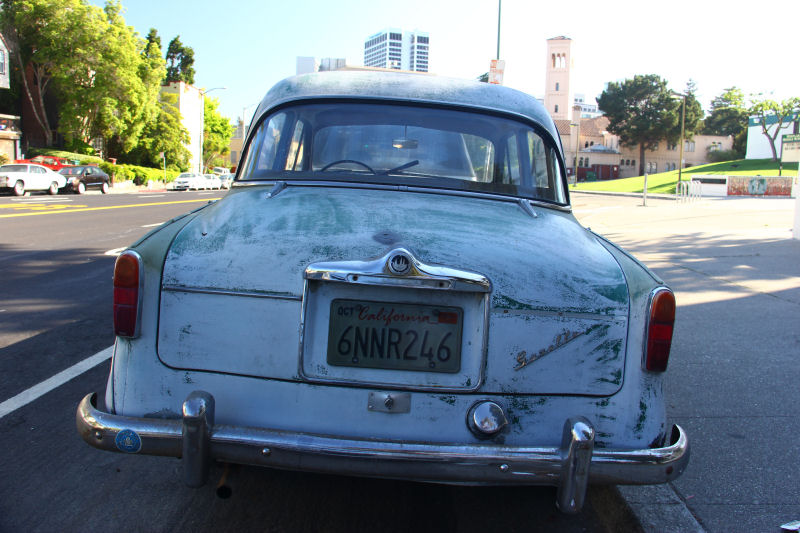 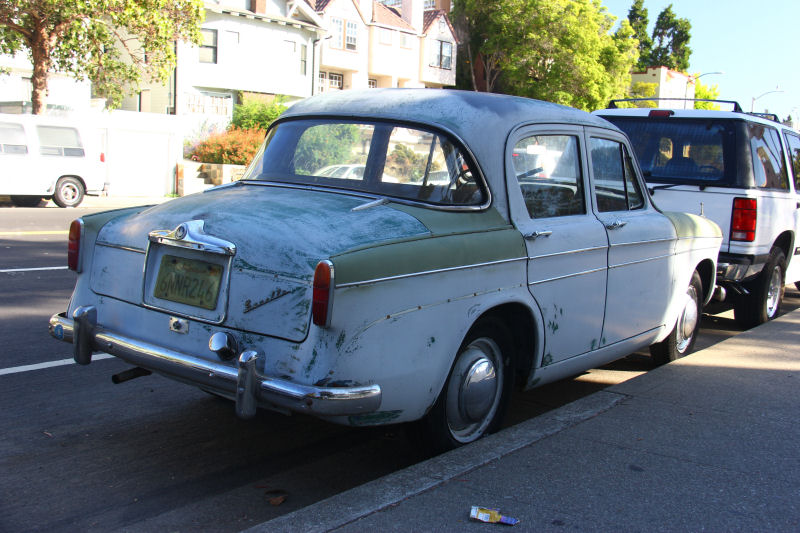 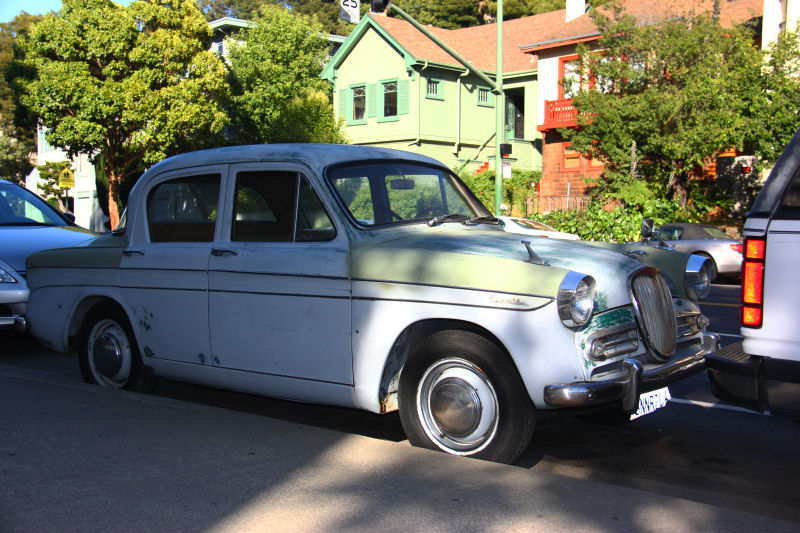 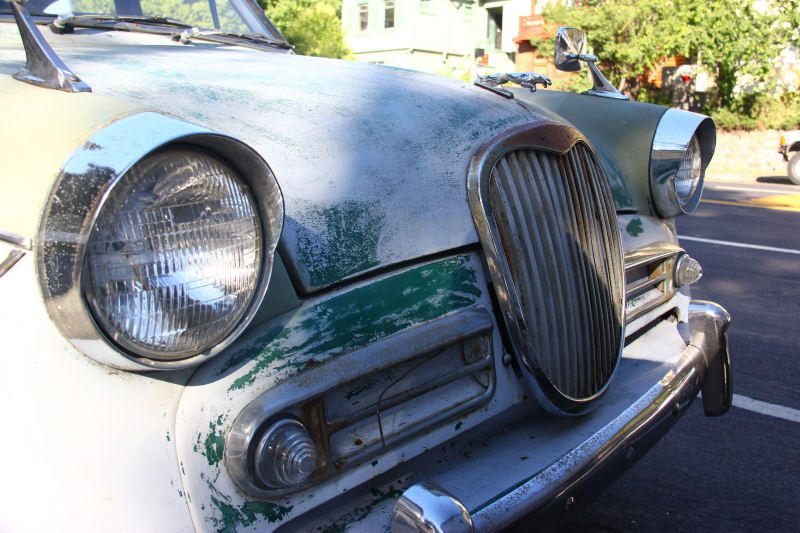 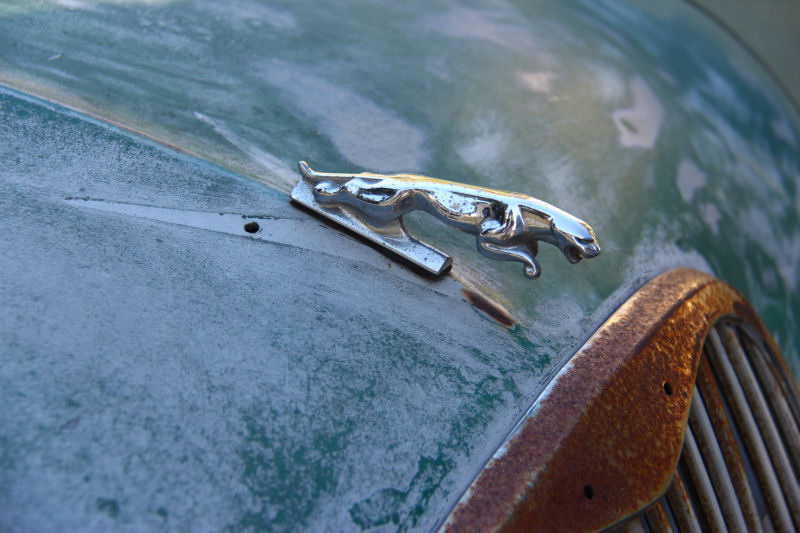 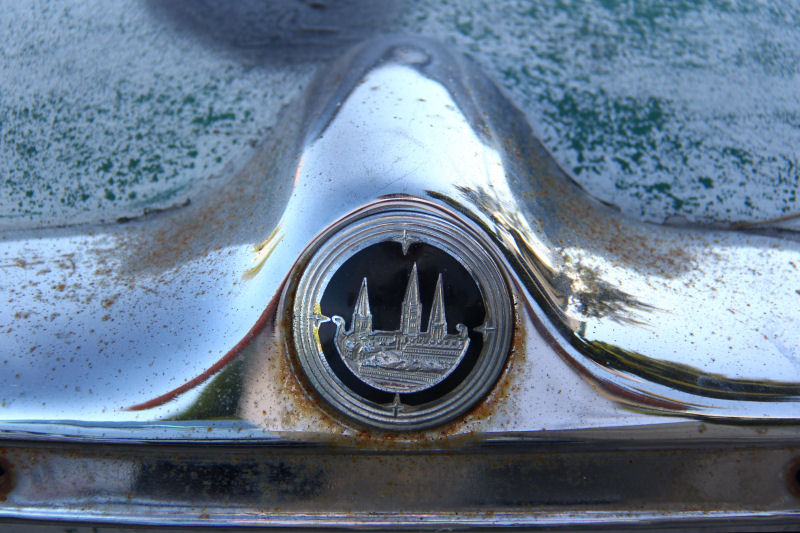 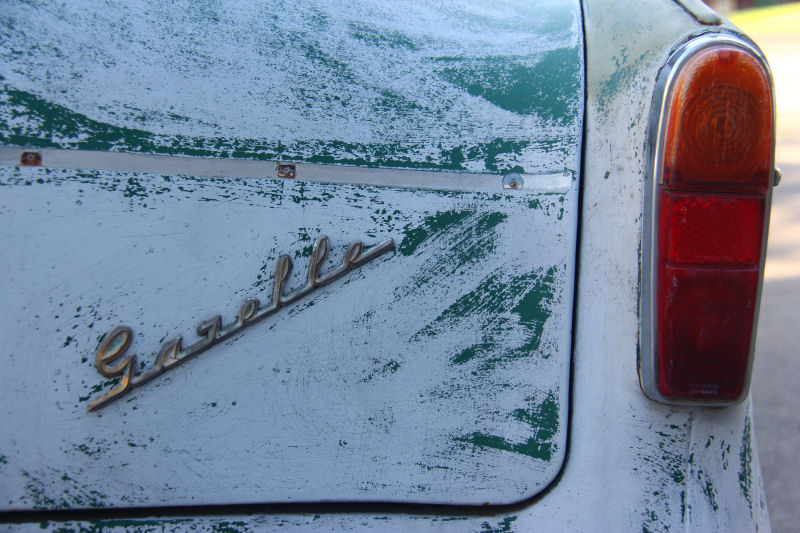 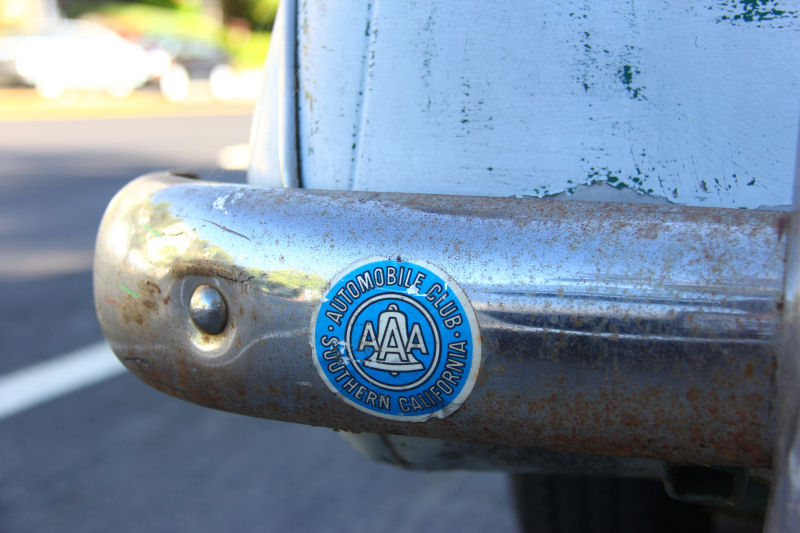 I can't tell what color this car originally was, though it appears to have been dark green at some point whether or not it was supposed to be. Also perplexing is the addition of a Jaguar leaping cat hood ornament where once there was a V-shaped badge styled like the head of a gazelle. The fender mirrors also appear to be non-standard, as they're mounted farther forward than usual and there is a naked mirror mounting point on the driver-side door. This is a Series III car, introduced in 1958. I found this very car for sale on Craigslist a few days before writing this post, listed as a 1959 model. It must be an early '59, then, because the Series IIIA was introduced that year with small tail fins and dual carburetors. This one doesn't look like a IIIA to me. Condition is... well, let's say it has quite some patina. Most of it is there and looking quite restorable if a person had the time, money and desire. What's missing is the hard-to-find stuff, the badges and trim pieces and a hubcap, things that aren't made anymore. You'd probably have to join a Rootes car community and network with people in the UK to get it back to its former glory. It's doable, though it would take a greater person than I to do it. I wish them luck.
Posted by Jay Wollenweber at 12:00 AM