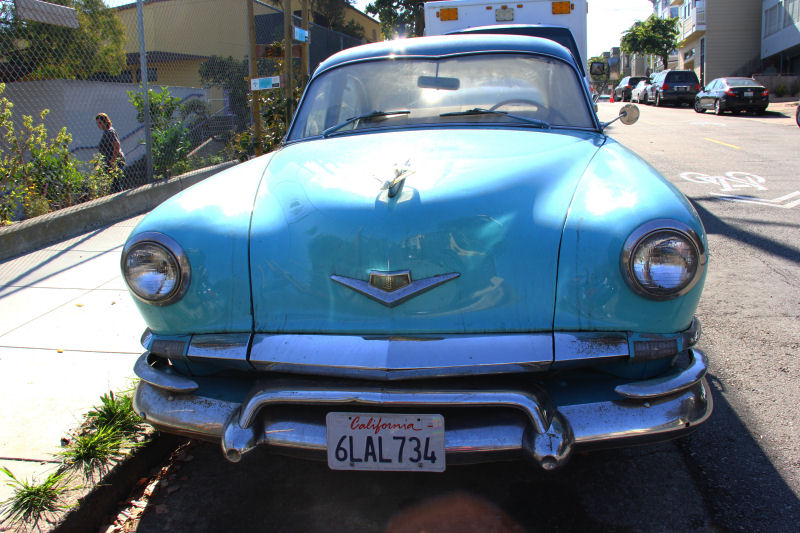 When you're the little guy, you have to stand out or you disappear. By "disappear", either you end up blending in or you fail in your endeavor completely. Such is the case among independent car manufacturers and even the mainstream ones. The Chevy-Ford rivalry is well-known for decades as each takes turns trying to outdo the other with styling, interior or powertrain changes depending on how much money is available for the updates at any given time. GM and Ford usually have a lot of cash at their disposal for developing new cars, though. A small company like Kaiser-Frazer was on a shoestring budget and relied heavily on proven technology and a highly skilled styling team. 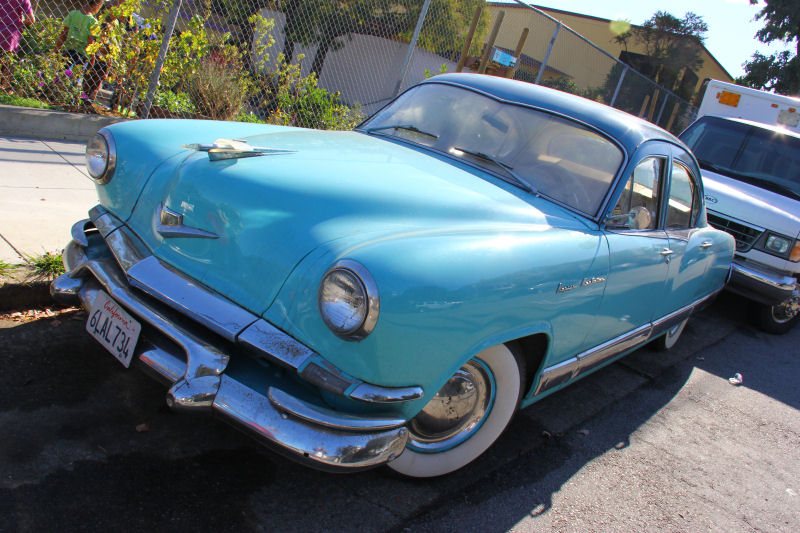 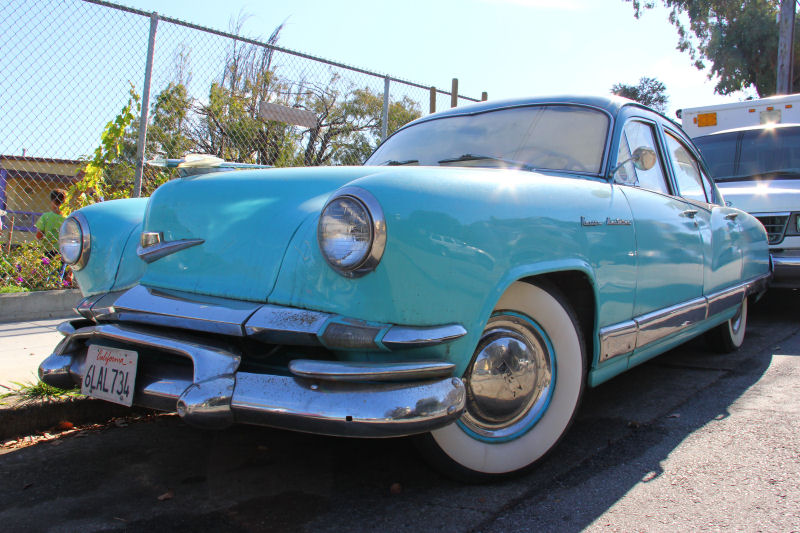 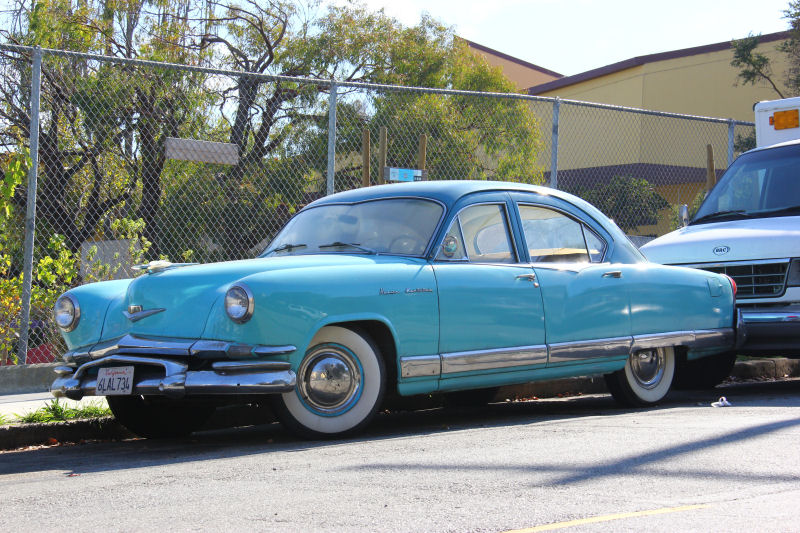 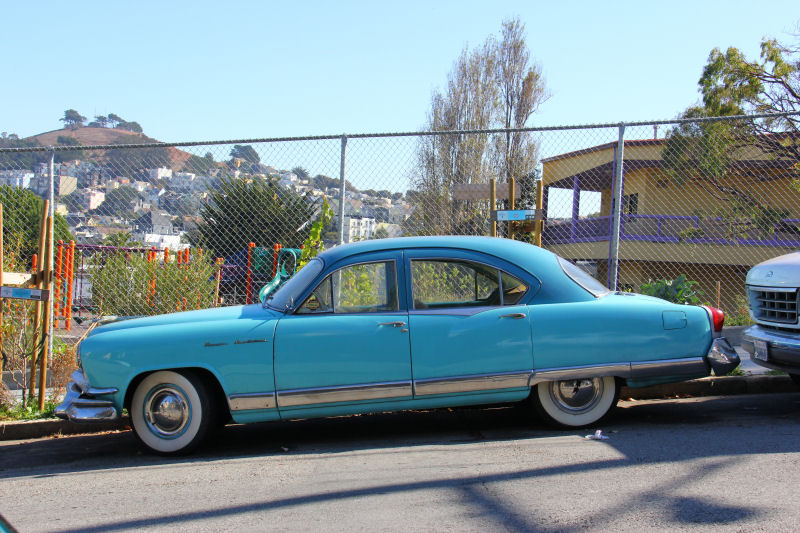 In a nutshell, proven technology means the same old engine that was good enough in past years, is reliable, maybe not very fast, but you can't afford to design a new unit to replace it. The skilled styling team was Kaiser's saving grace, and only for a few precious years. Early Kaiser-Frazer automobiles of the late 1940s were some of the first production cars built without bulging external fenders, and that by itself was advanced. But people didn't care much for them. They were dowdy, plain, slab-sided and slow (even if they were some of the better-handling American cars in their day). Kaiser brought in Howard "Dutch" Darrin to spice things up. The new '51 Kaisers had a whole fresh look to them, with Darrin's trademark dip in the car's beltline, a "widow's peak" in the windshield and a plunging roofline with an early version of what is now commonly called the Hofmeister Kink in the C-pillar. Inside, Kaisers were known for their range of designer upholstery fabrics and safety-oriented dash and seats. 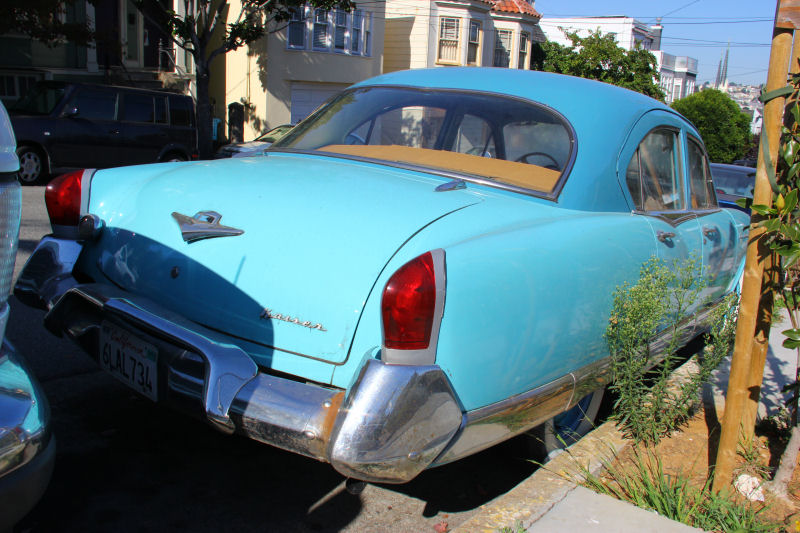 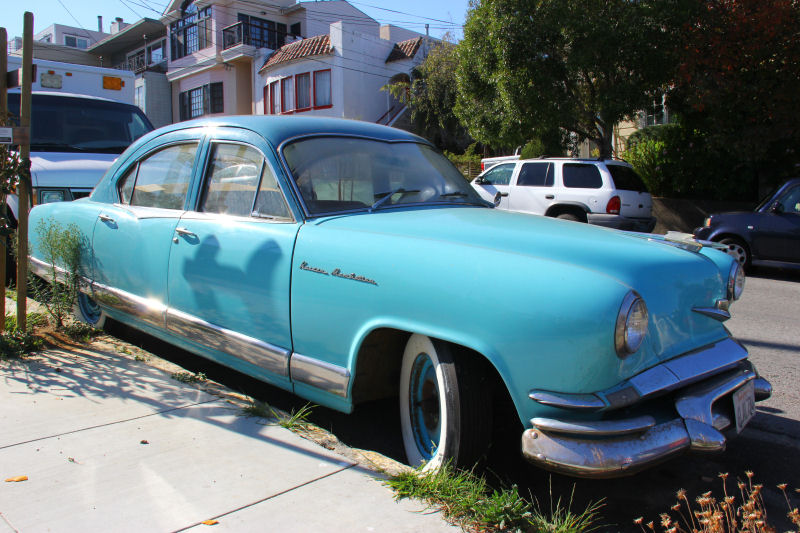 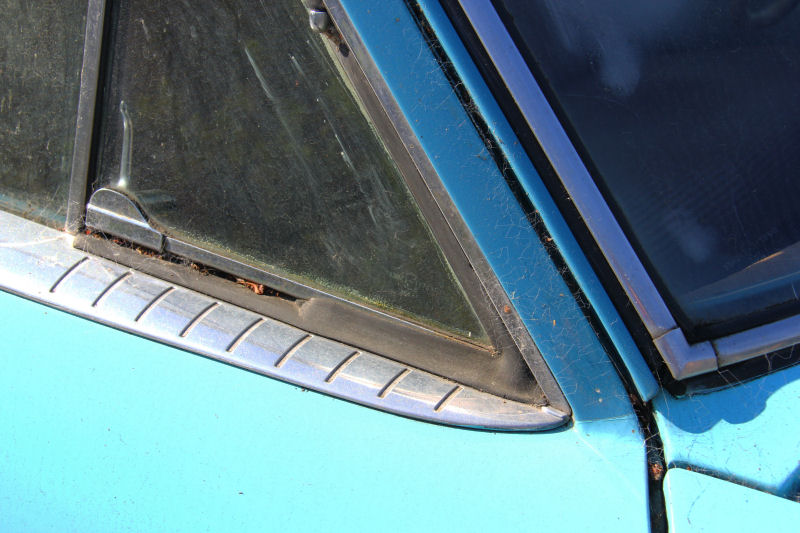 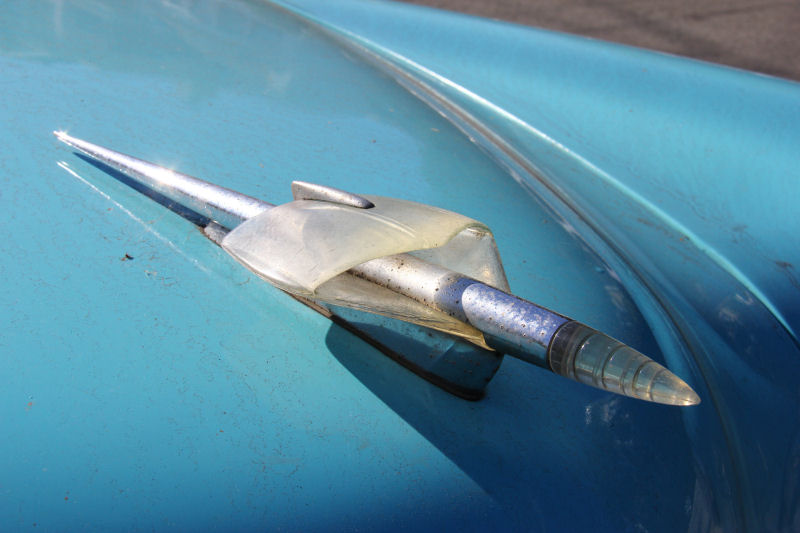 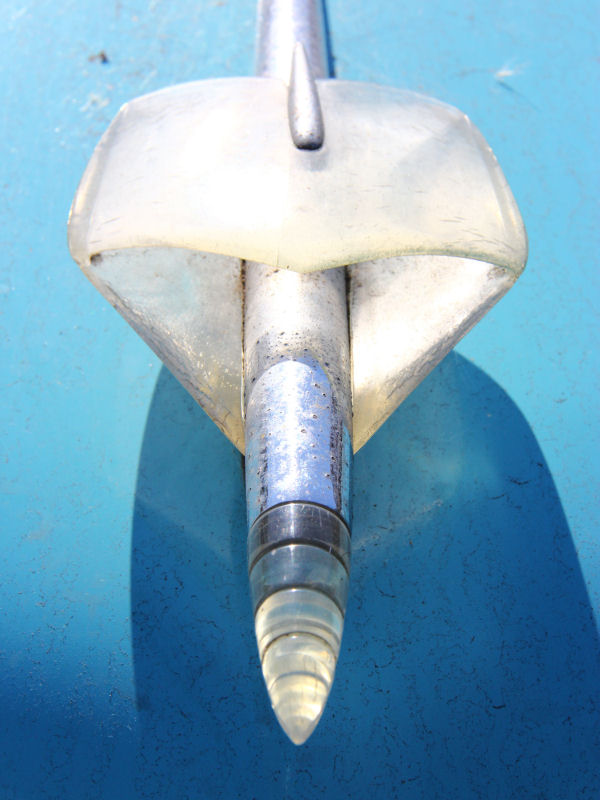 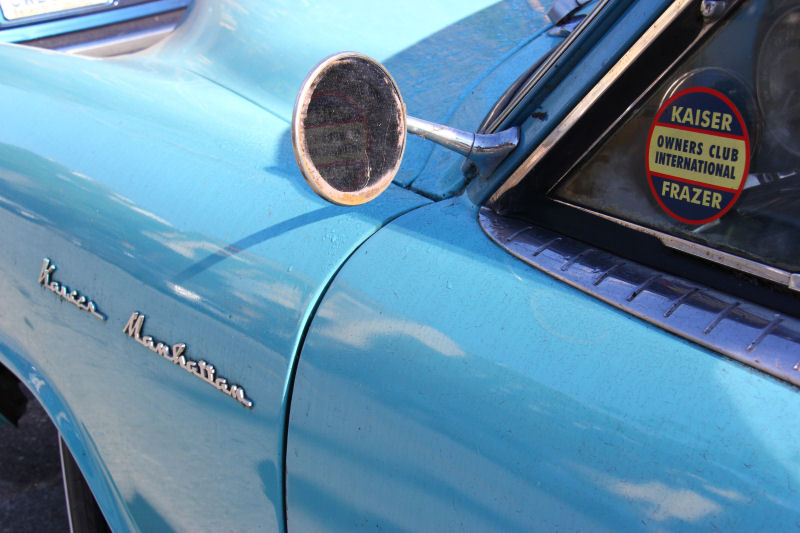 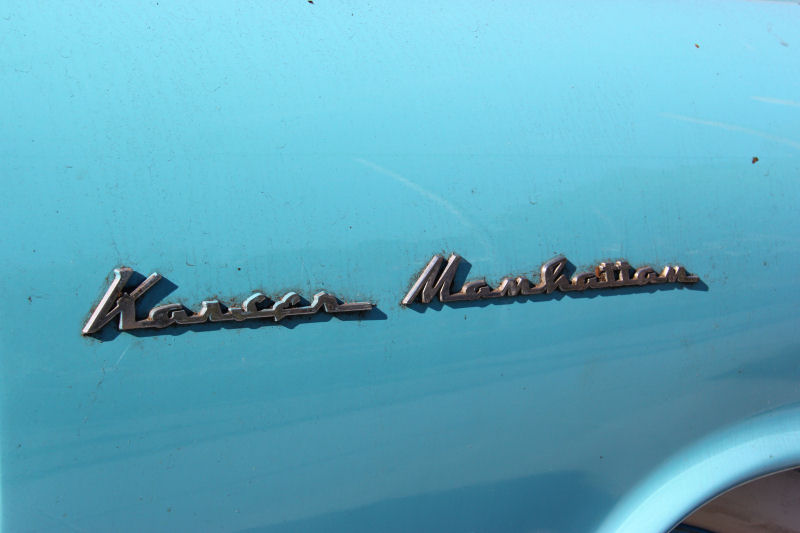 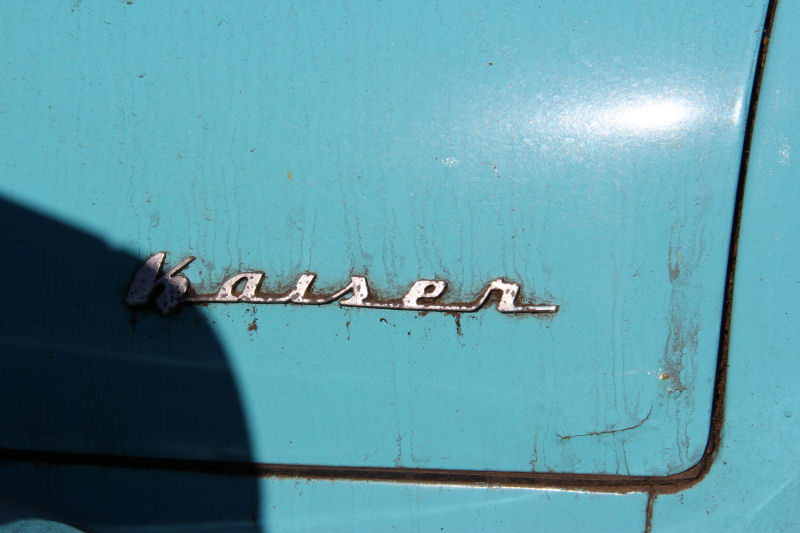 The Kaiser Manhattan was a hand-me-down model, originally badged as a Frazer until that brand was phased out. As a Kaiser it was their highest-spec model (until the '53 Dragon debuted). It could be had in coupe form, or as a two- or four-door sedan. All Manhattans are rare, though the four-door sedan body style seen here was most common with 15,839 built in 1952. This one is in very solid driver condition and lives in the care of a collector I like to call Mr. Kaiser because he owns both this one and the '52 Kaiser DeLuxe featured previously. He is also a Corvair and Packard enthusiast and owns several 1960s American cruisers. I really like the two-tone combination of Cerulean Blue lower body with Turquoise Blue upper accent. It's wonderful to see a rare car like this in such good shape and so complete (albeit without the right-side hubcaps in these pictures; maybe they were in the trunk awaiting re-installation or something). It could use a good chrome polish but really, this car doesn't need much. I love it.
Posted by Jay Wollenweber at 12:00 AM