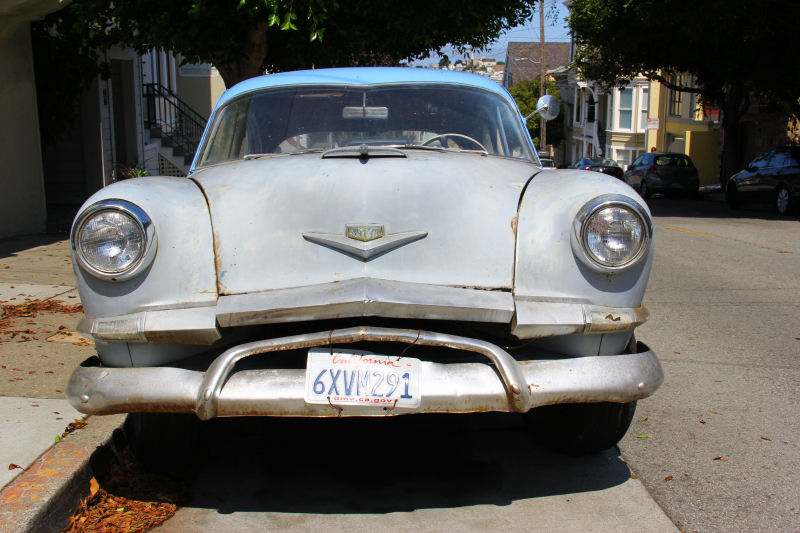 Henry J. Kaiser made an indelible mark on America in the mid-20th century. His shipyards built thousands of Liberty cargo ships to keep Allied forces supplied during World War II; and his healthcare company, Kaiser Permanente, saved thousands of lives and continues to do so today. Many people might forget that Kaiser also ran a car company. 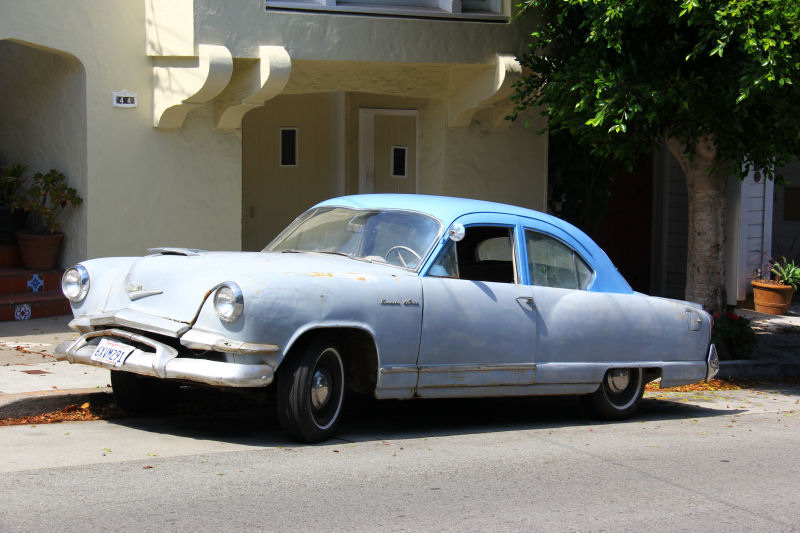 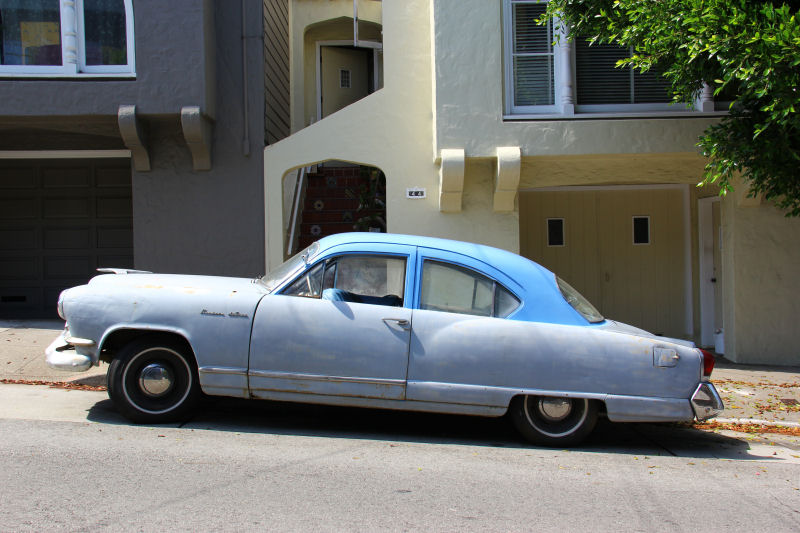 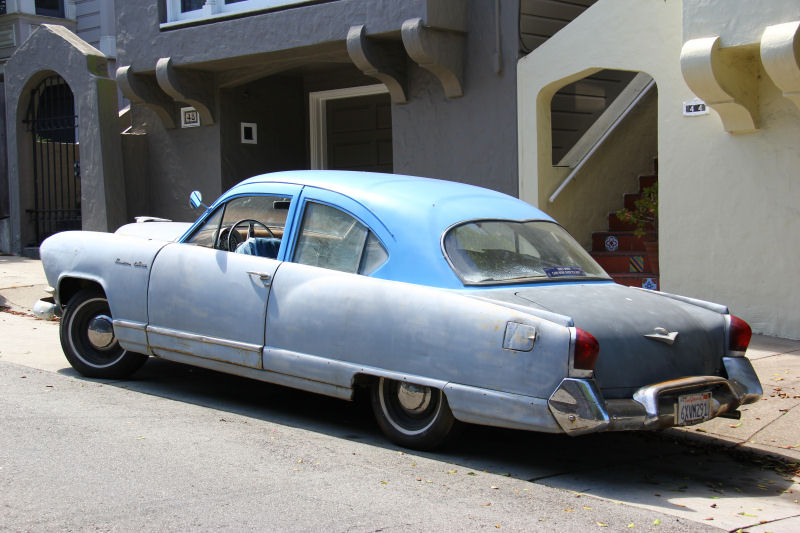 Kaiser and Graham-Paige boss Joseph Frazer partnered after WWII to take advantage of the immediate demand for new cars. The plan for the new Kaiser-Frazer company was to have both Kaiser and Frazer-branded models, with the Frazer being the fancier brand. The cars were introduced as early 1947 models and were very modern in their design, with slab sides and no pontoon fenders.The two models enjoyed decent early sales but began to decline and hit a new low in 1950. An all-new Kaiser was introduced for 1951, and the Frazer automobile was dropped after that year. A compact car, the Henry J, was offered for the lower end of the income spectrum. Kaisers continued domestic production until 1955, when Kaiser and Willys (then owned by Kaiser) sold out to American Motors. The two were combined into Kaiser-Jeep to produce civilian Jeep vehicles and military trucks. All Kaiser and Willys passenger car tooling went to Argentina. 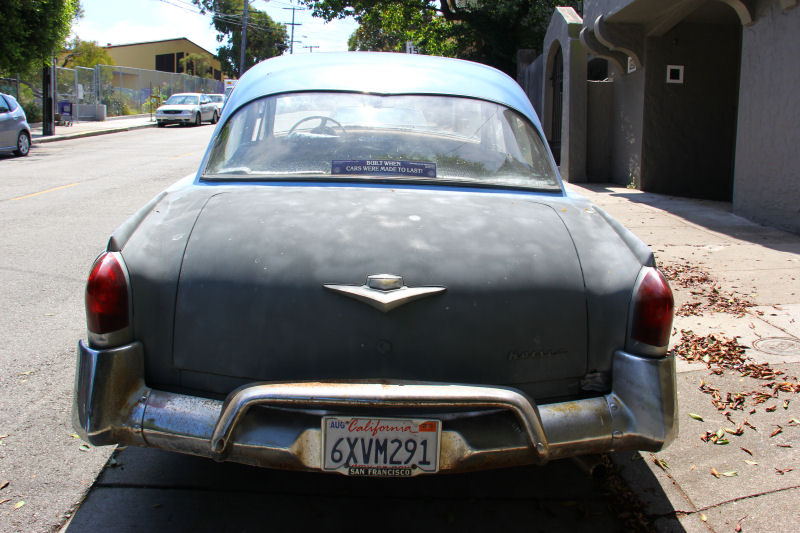 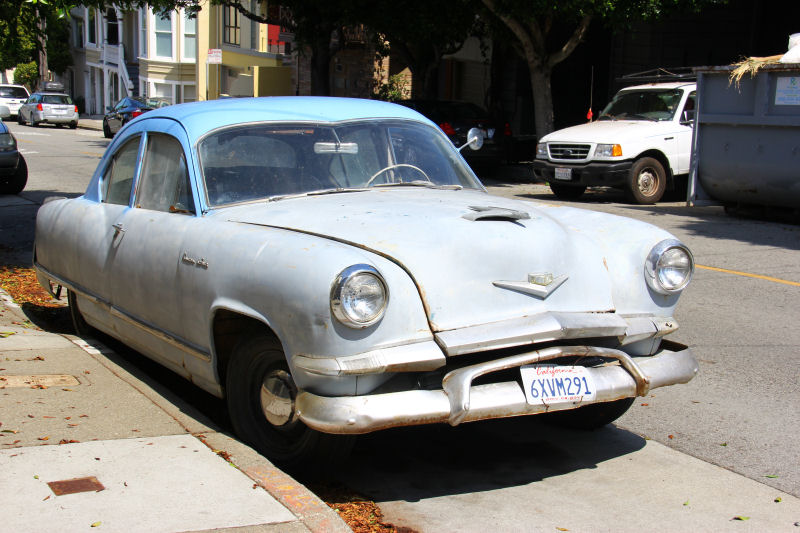 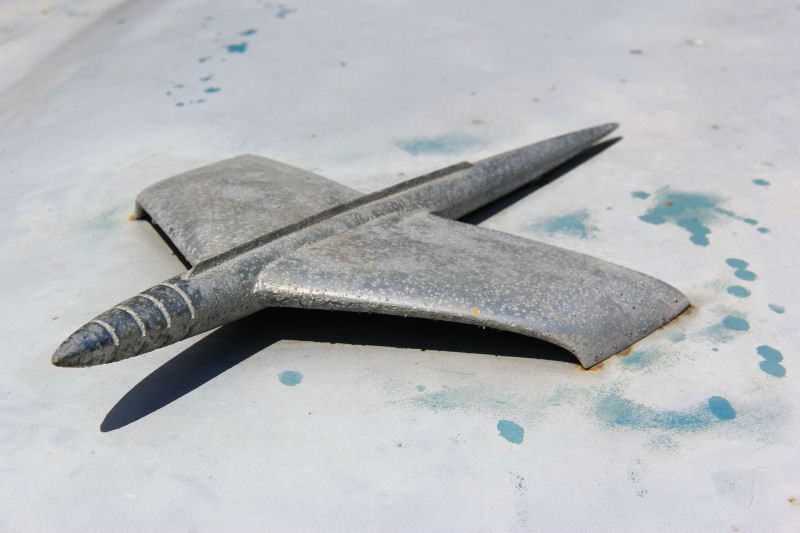 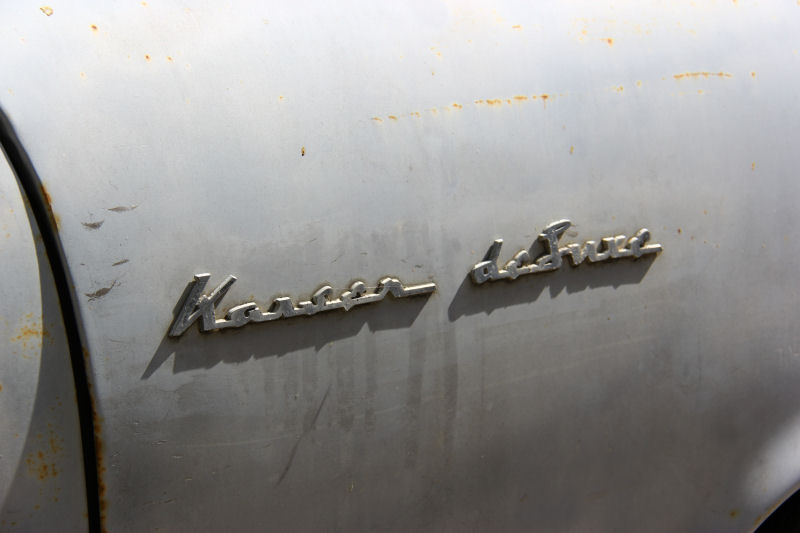 The Kaiser DeLuxe replaced the base Special in the lineup for 1952. A lot of unsold '51s were left over and retitled as '52 "Virginians" with fresh paint and an available continental spare. I assume that this '52 Kaiser DeLuxe two-door sedan is not a Virginian, because Virginians were labeled as such. Power comes from a 226ci L-head six with a three-speed manual transmission with optional overdrive or GM Hydra-Matic automatic. Kaiser-Frazer resource website "Circle K-F" estimates roughly 1,500 1952 Kaiser DeLuxe 2-door sedans were built, and their site registry accounts for twelve. So while this one may not look like a show winner, it deserves points for just existing.
Posted by Jay Wollenweber at 12:00 AM