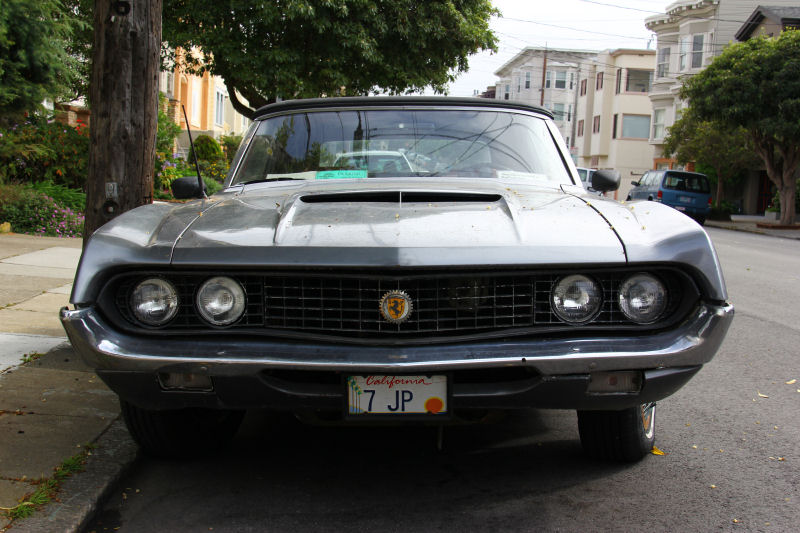 Typically when I go to write about the cars I encounter on the street, some research is involved for data about the vehicle. Sometimes I have no idea what I'm looking at and need to look it up to determine the model year or other identifying information. Some cars are obscure variants of well known models or are modified in such a way that IDing them is hard. Did you know that Ford made a Torino GT convertible in 1970? Weirdly, though, this one doesn't have many of the sporty touches associated with the GT. 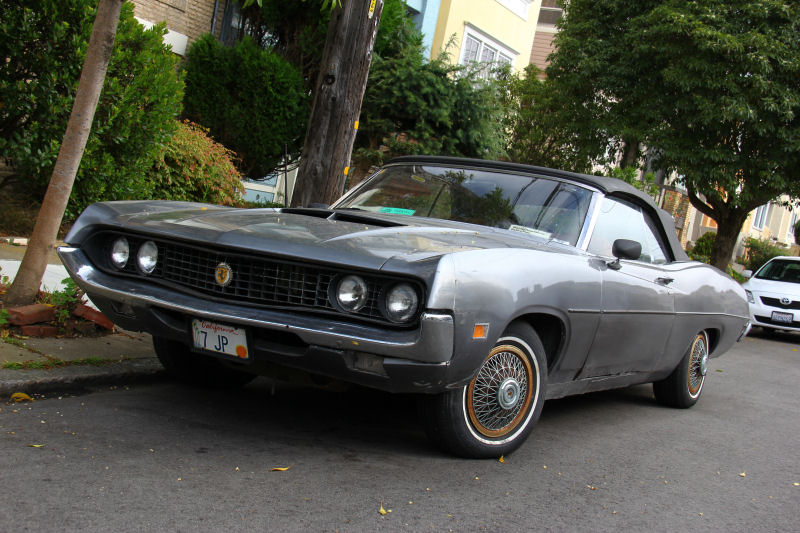 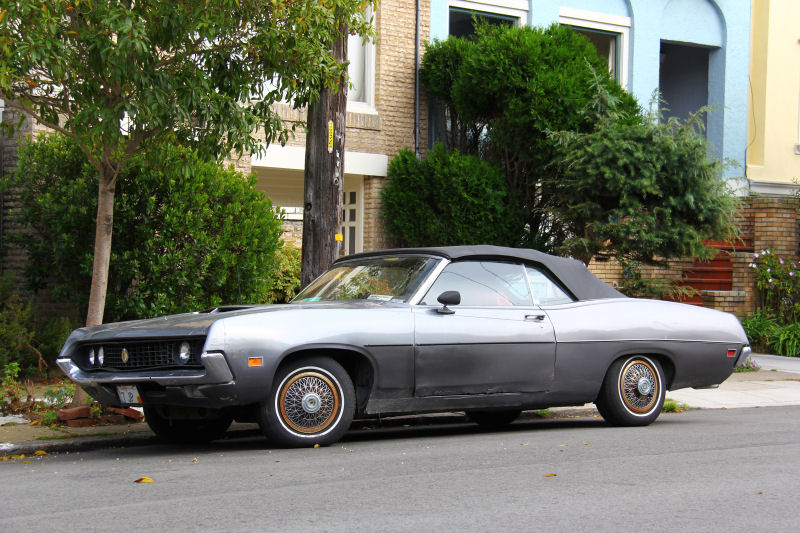 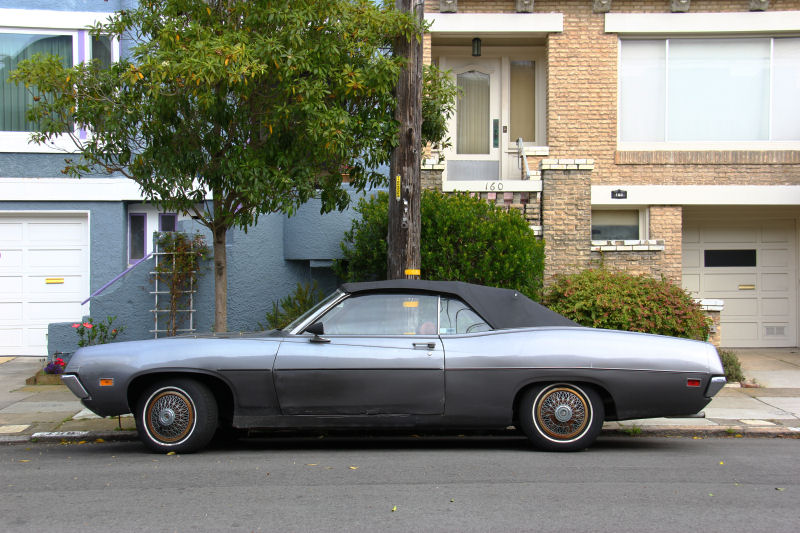 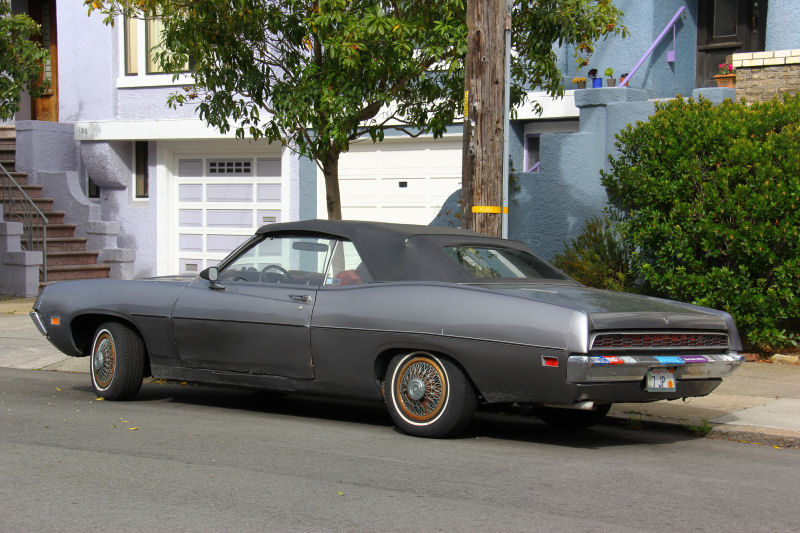 The Torino GT was one of the nicer trims of the Torino. It came with color-keyed dual sport mirrors, a non-functional hood scoop, decorative side scoops behind the doors and full-width taillights with a honeycomb pattern. This example lacks any model badges or the fake side scoops, wears cheap-looking wire hubcaps and a single exhaust pipe. For a car that came standard with a 302 V8 or larger, I would have expected more. Then again, my father's 289 V8 '66 Mustang convertible came from the factory with a single exhaust. The plain package made me wonder if this was some extremely rare variant of the base Fairlane 500 that year, but the Fairlane wasn't available as a convertible that year. Only the Torino GT was offered in ragtop form, and only 3,939 were sold. 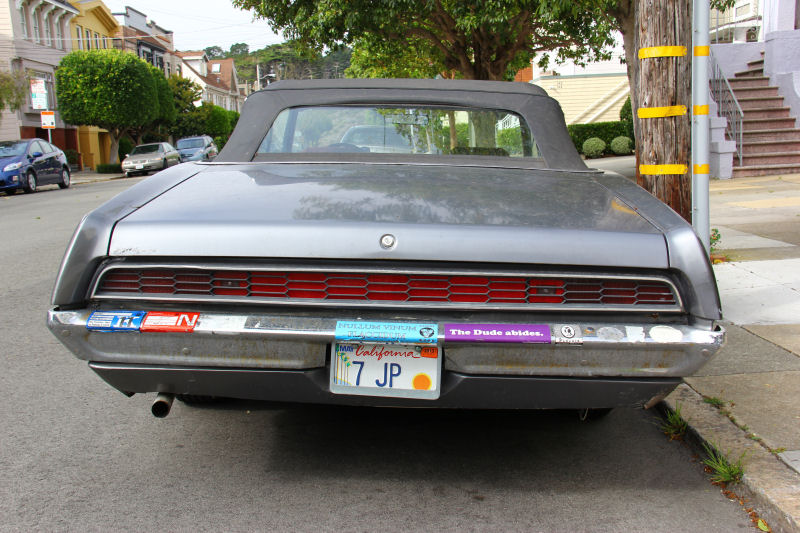 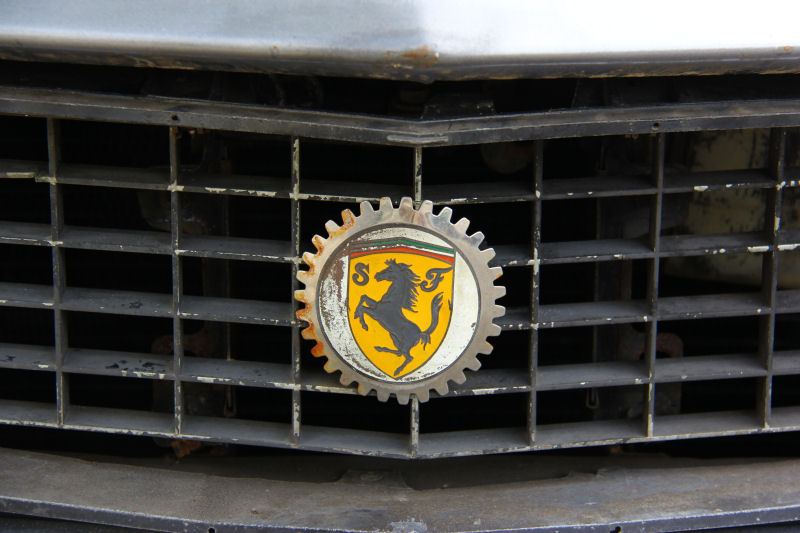 This Torino needs a lot of work to reclaim its former glory. But I have to say, I think this is the only '70 Torino GT convertible I've ever seen, at least that wasn't a show car all dolled up with Magnum 500 mags, white letter tires and a "strobe stripe" decal on the sides.
Posted by Jay Wollenweber at 12:00 AM