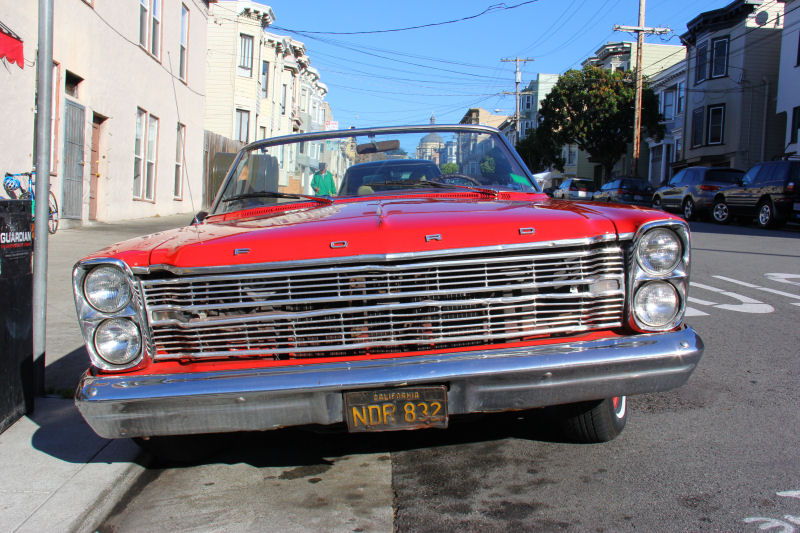 I've gotten word from friends back east that another late-winter storm has been dumping tons of snow and frigid temperatures on them. Fear not, friends, spring is coming. In the meantime, have a classic red convertible. 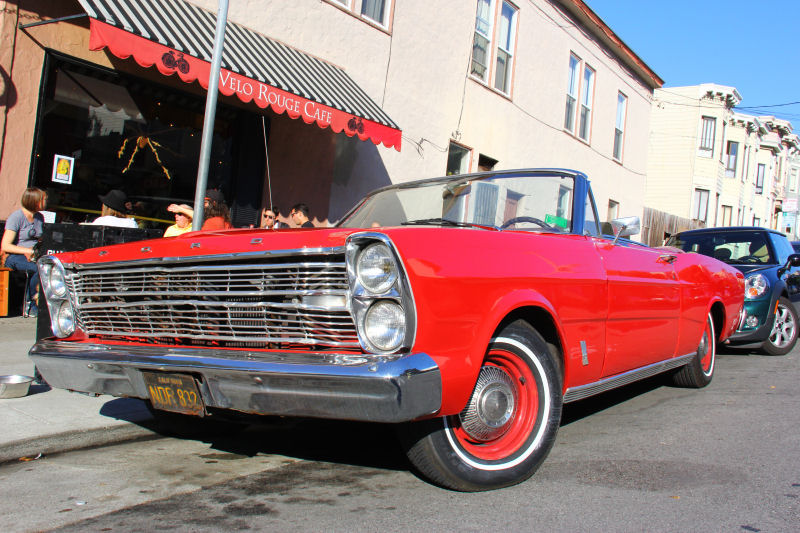 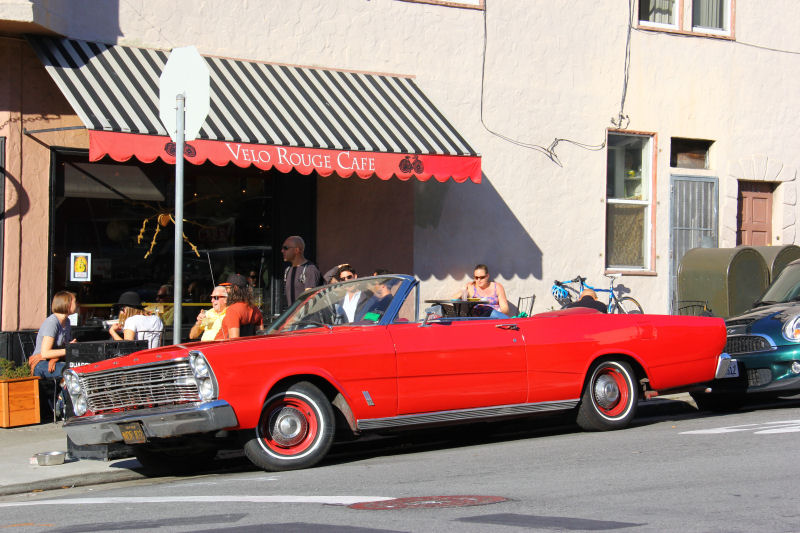 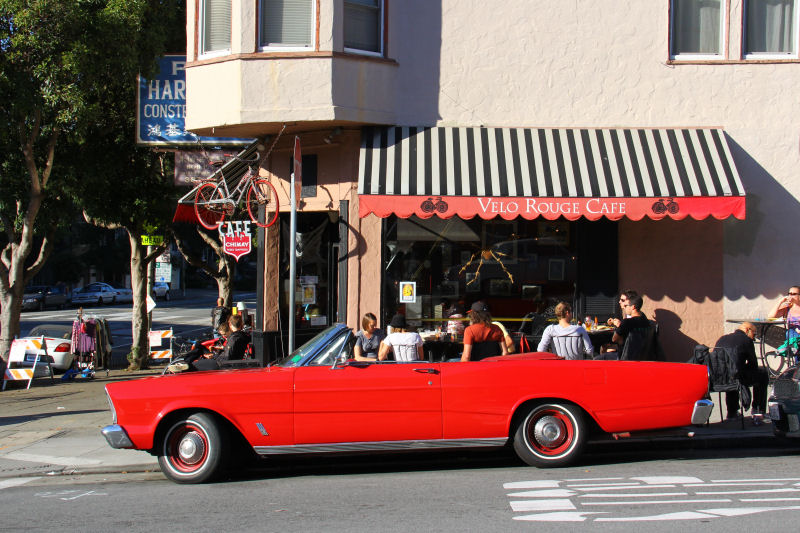 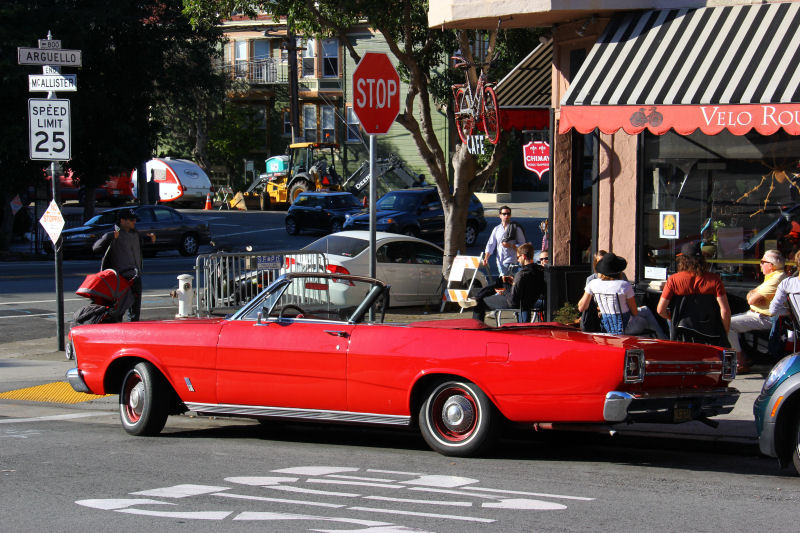 The Ford Galaxie was the third-best selling convertible in the U.S. in 1966, and could be had with a 240 cubic inch six cylinder or one of five V8s ranging from a 289 to a 428 big block borrowed from the Thunderbird. Ford must have done something right, because 1966 was the best year ever for Galaxie sales. Over 1 million were built. Convertibles accounted for 27,454 of those sales. 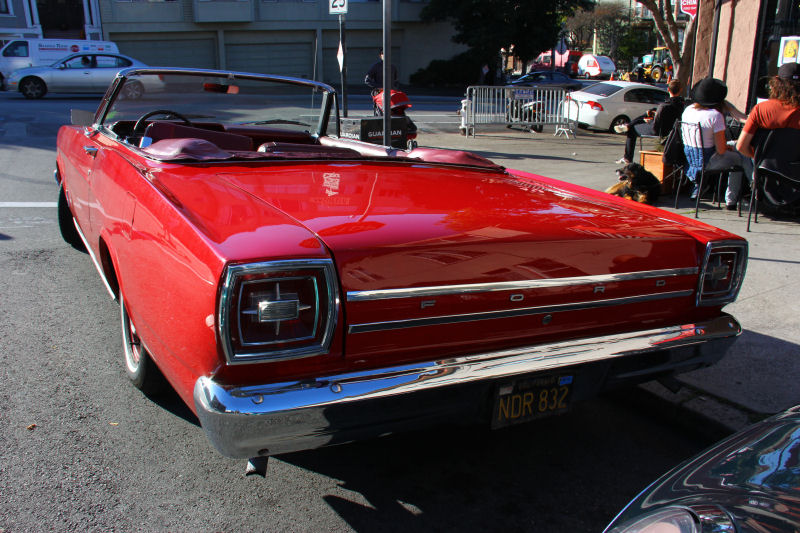 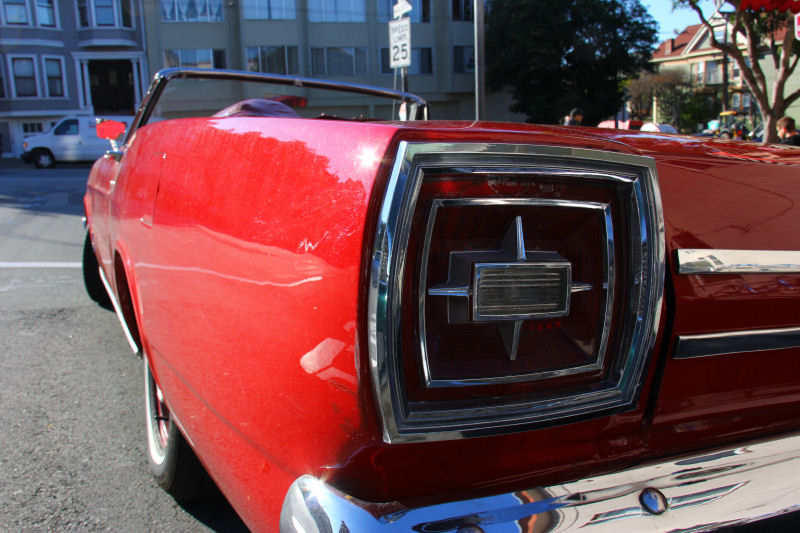 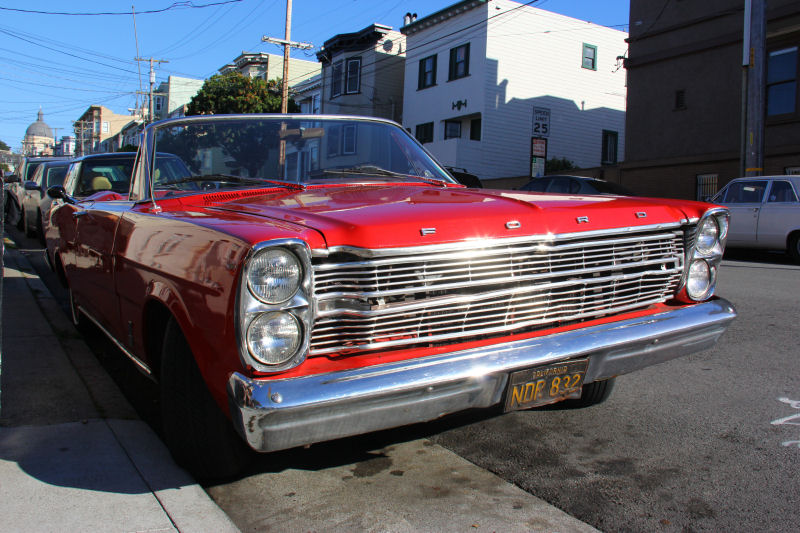 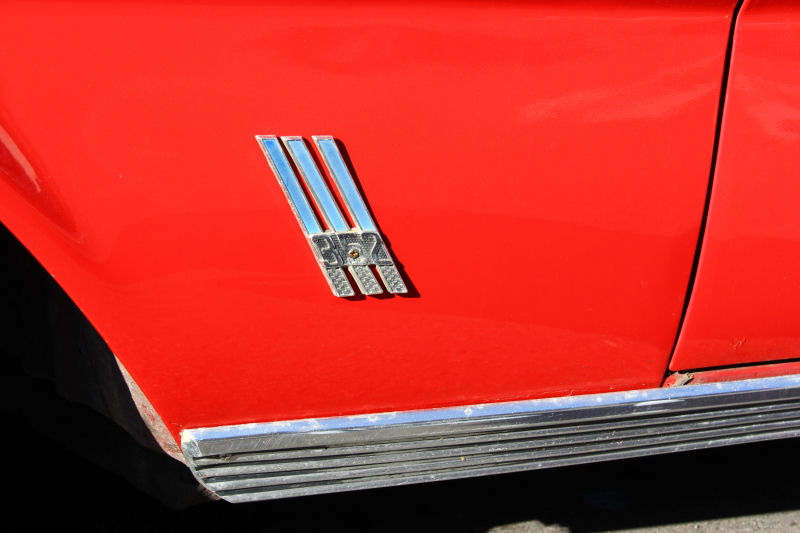 As with many models back in the day, you could buy a Galaxie with as many or as few options as you wanted. This one has the optional 352 Interceptor V8 but base-spec steel wheels with center caps on whitewall tires. It doesn't appear to be a 500/XL judging by the base model grille. This one appears to have had all the model designation badges and the hood ornament removed for a cleaner appearance. The body and trim are a bit worn and bent in places, but still a presentable driver. Overspray on the exhaust system tells me the paint isn't original. When I first approached this car with my camera, an older gentleman seated outside a cafe told me I'd have to ask the owner for permission to shoot the car. He then jokingly pointed to his dog. Nice car, Mr. Dog. A big lazy drop-top highway cruiser would be a good car for entertaining dogs, provided they only stick their heads out into the breeze and don't jump out. Maybe the dog even lets his human drive every once in a while.
Posted by Jay Wollenweber at 12:00 AM