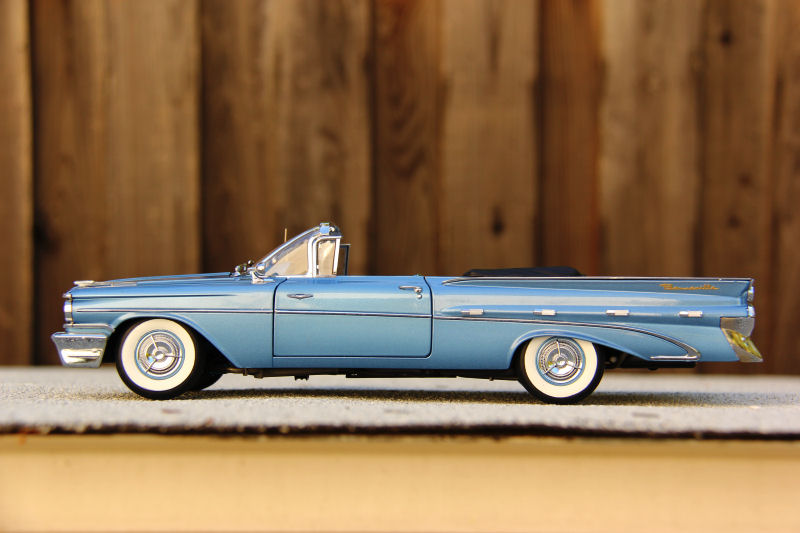 As a diecast collector with limited space in which to display and store my models, I have to make a list of priorities. It's mostly a wish list and I jump on the ones I want most when I find a good deal. One such model was this 1959 Pontiac Bonneville convertible from the Sun Star 1:18 scale Platinum collection. I love Sun Star's higher-end diecast offerings and when the Bonneville was first announced, a two-door hardtop in Canyon Copper Metallic with a white roof, I was smitten. But the first-edition copper hardtop is extremely hard to find and now usually trades for over $100 without a box. When a convertible variant was offered in several colors, the Vanguard Blue Bonneville was my favorite and I put it on my must-have list. 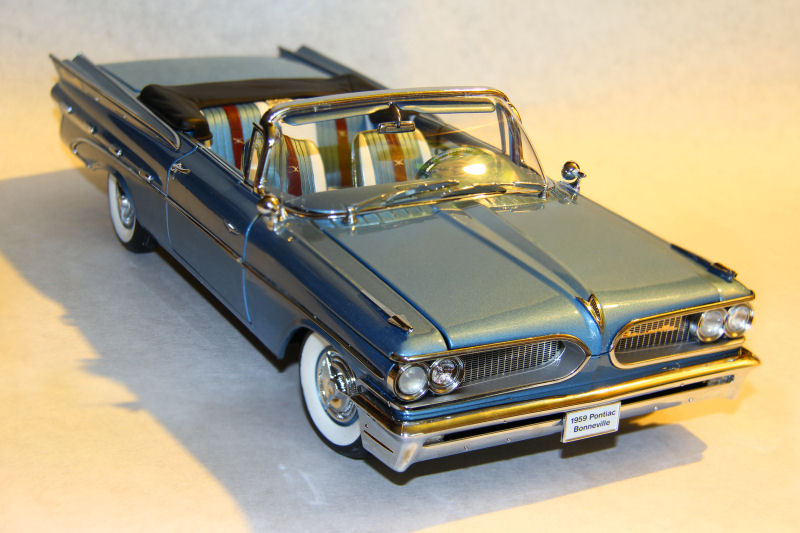 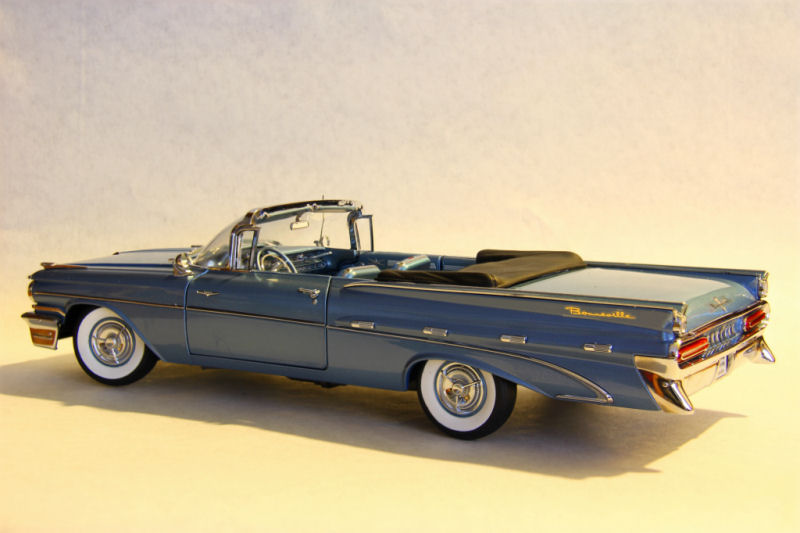 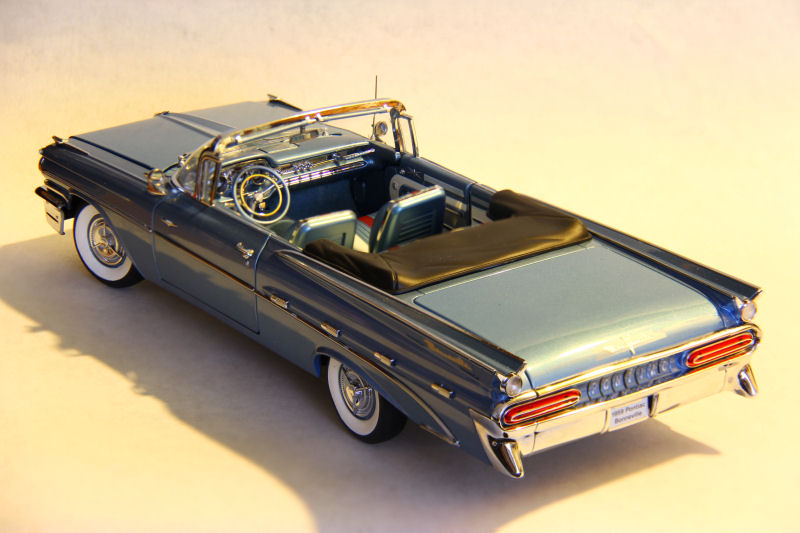 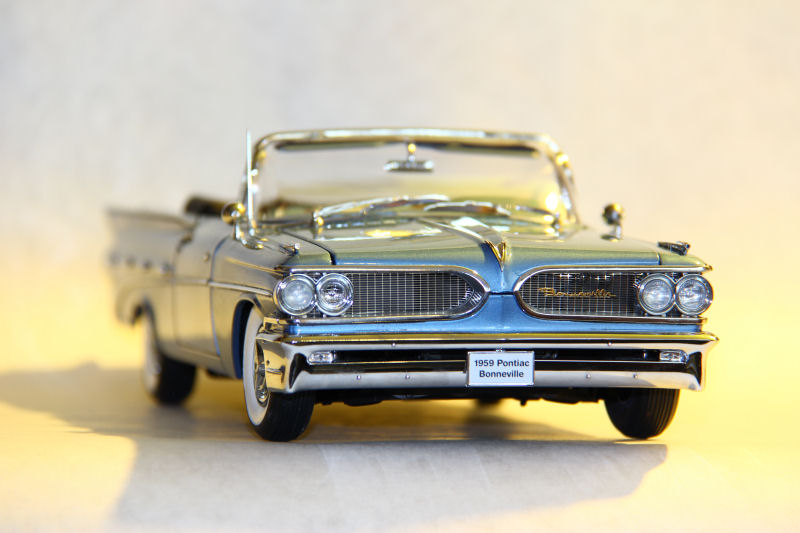 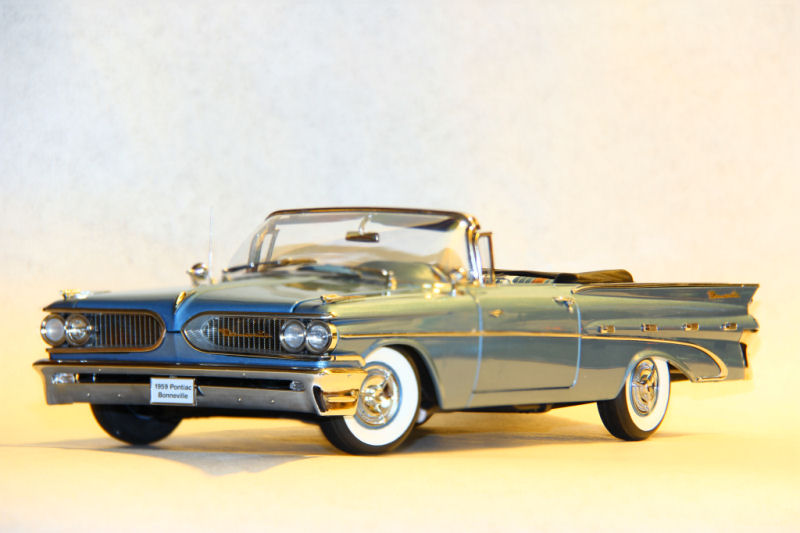 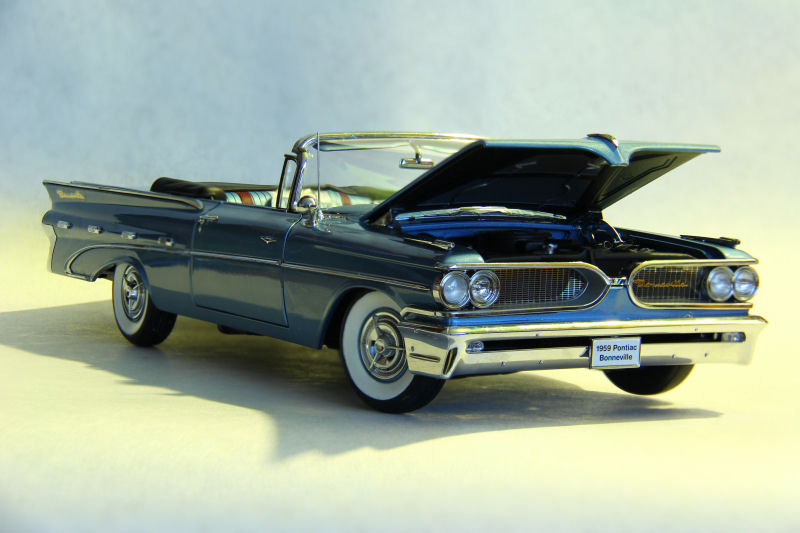 The Bonnie is a very large model and finely detailed as befitting its "Platinum" series name. There are many elaborate trim components and badges that are actual separate pieces instead of being molded into the metal body and painted silver. The hood hinges are a realistic scissor design unlike the cheap gooseneck hinges of a budget diecast. Likewise, the door hinges are realistic and only the trunk uses the gooseneck hinge style - like a real car. 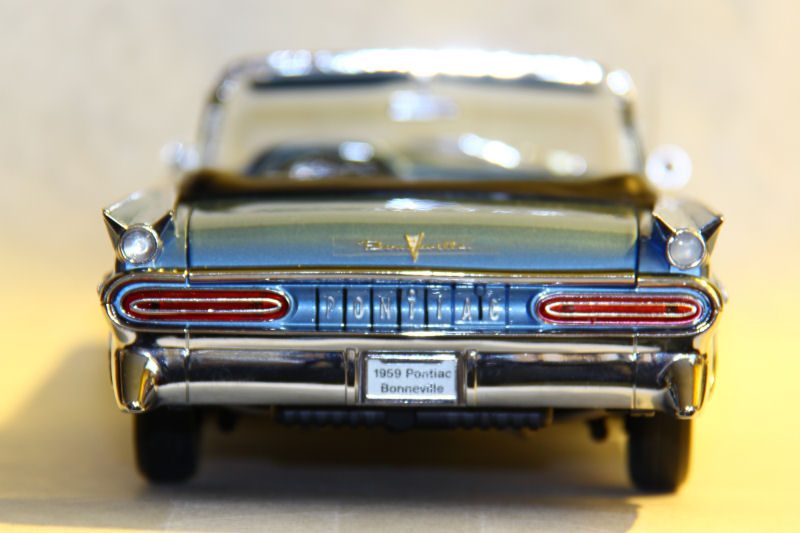 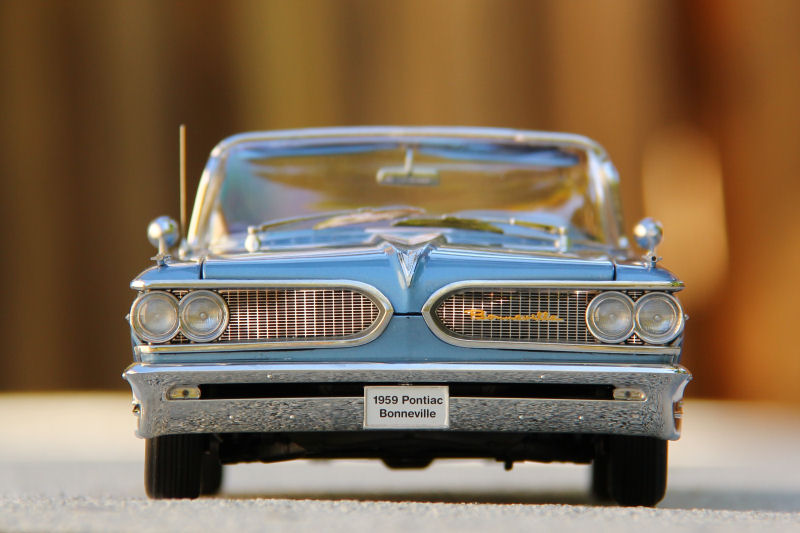 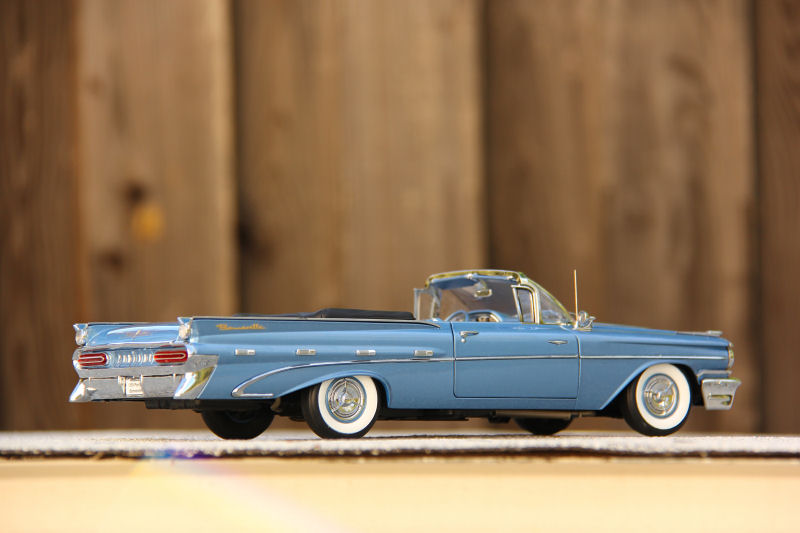 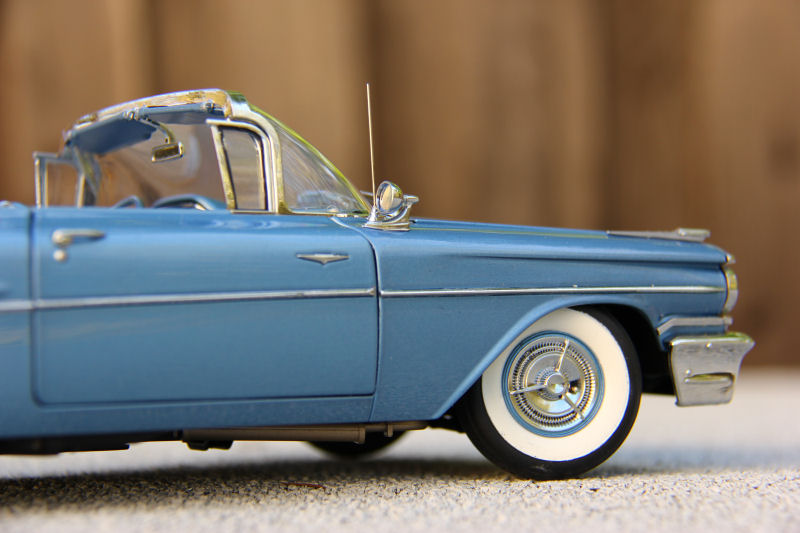 The interior is beautifully done, with carefully detailed door panels complete with ashtrays and what appear to be power window switches. The front seats tilt forward and the floor has actual fuzzy "carpeting". The inside of the trunk has plaid fabric covering the floor and wrapped around the spare tire. Under the hood sits a 389 cubic inch V8 with all the hoses and wiring present, the block painted Pontiac Light Blue. 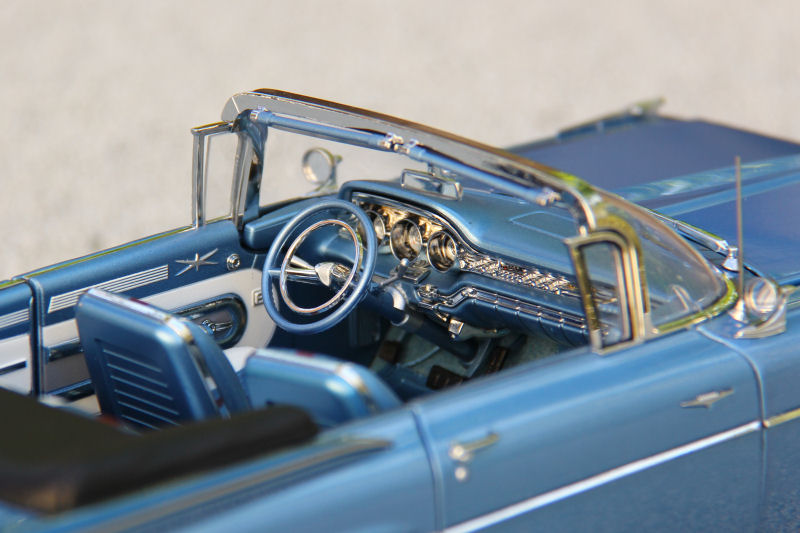 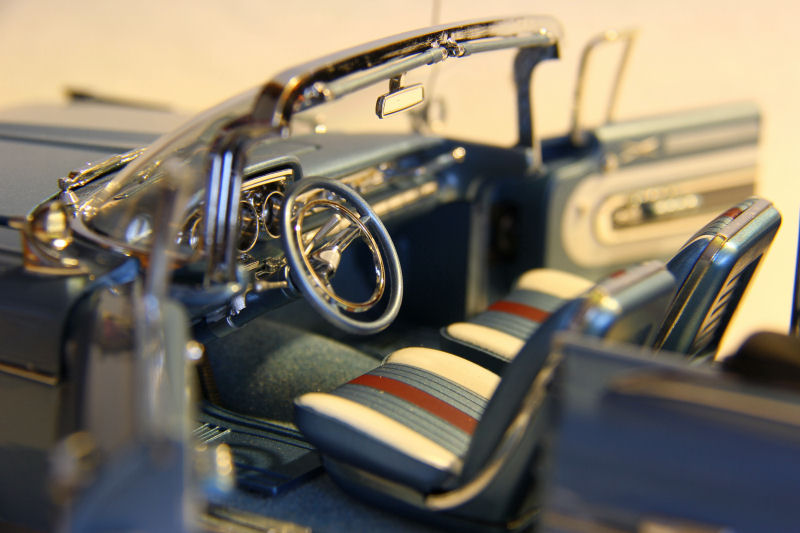 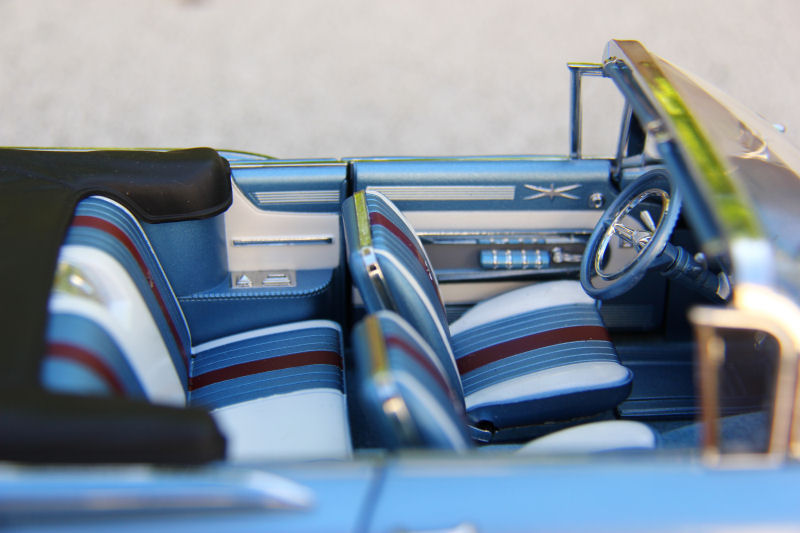 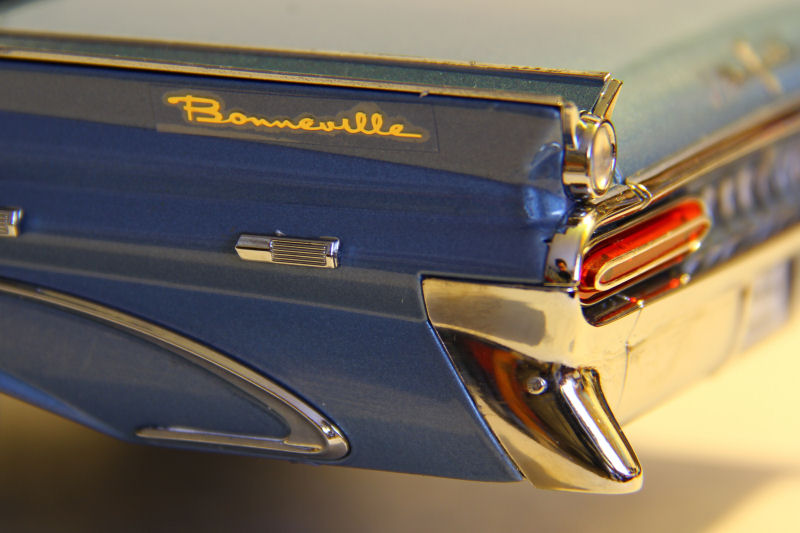 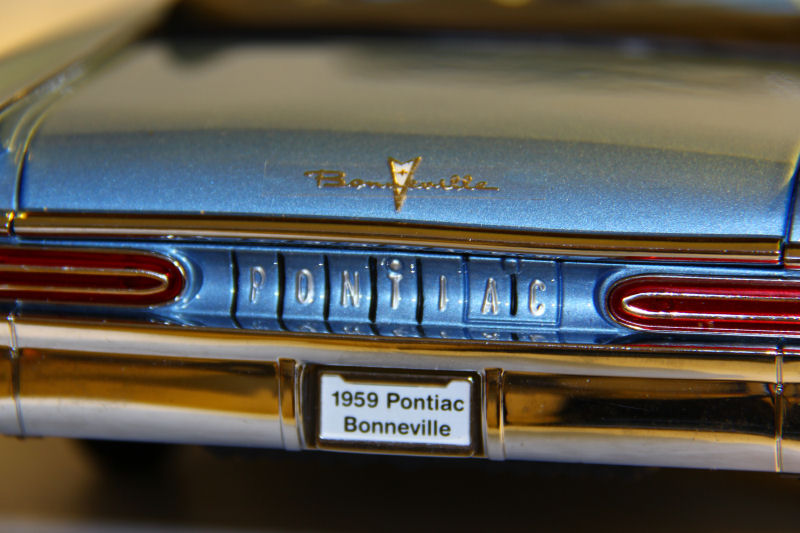 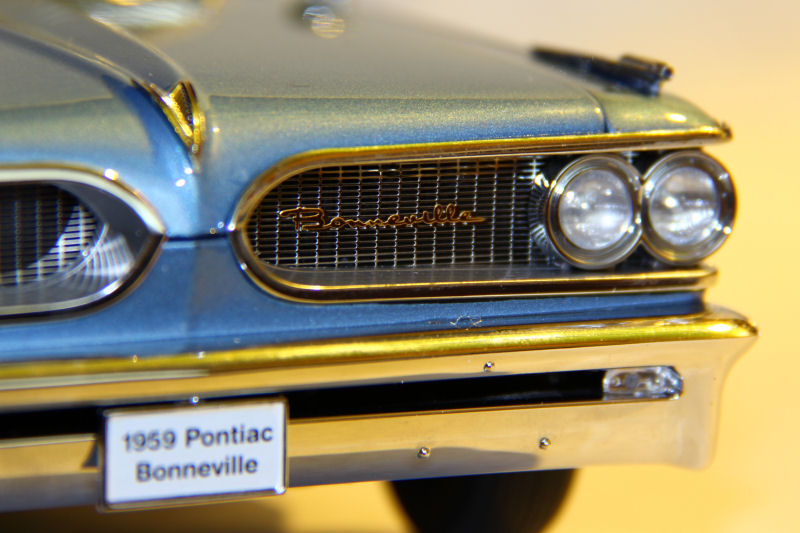 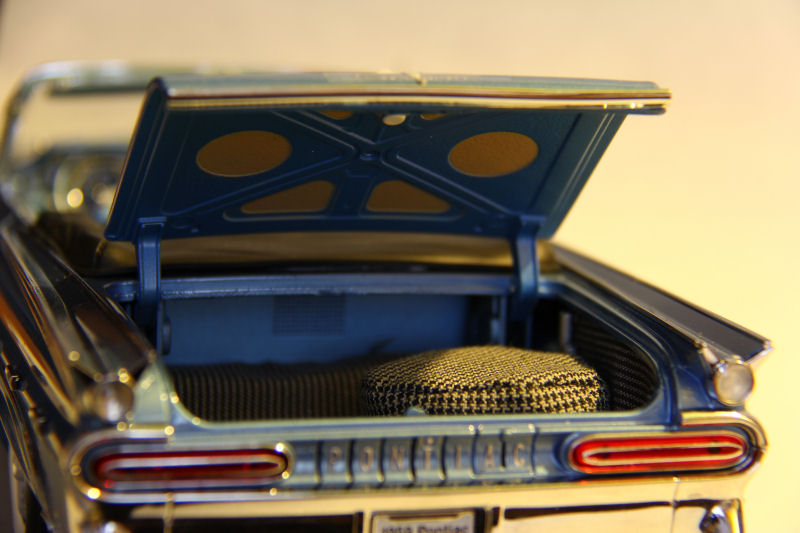 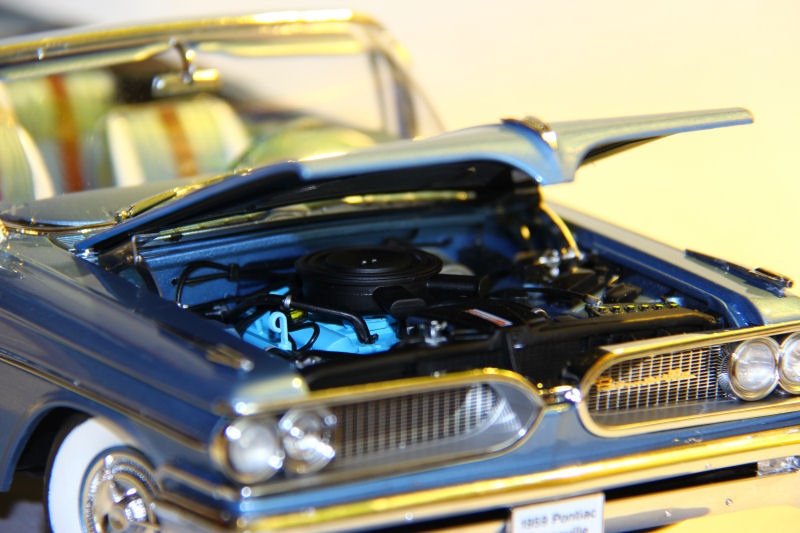 The downside of all of this detail is that the car is fragile. The script emblems are laser-cut and so thin I was afraid to peel off the protective plastic covering them. There is some form of suspension in the front but not the rear, and the car does not always like to sit level in the front. I discovered after my initial photo shoot that the right-side inner headlight lens had fallen out and was in the bottom of the box. The radio antenna also popped out of its mounting hole when I was putting the car away in its Styrofoam box. A couple of paint defects were also present, though some or all of these may have been side-effects of being a previously-owned model presented as new. As it is, I love the car. I'll keep an eye out for other Sun Star releases in the future and you'll be seeing more Sun Stars from my personal collection here. 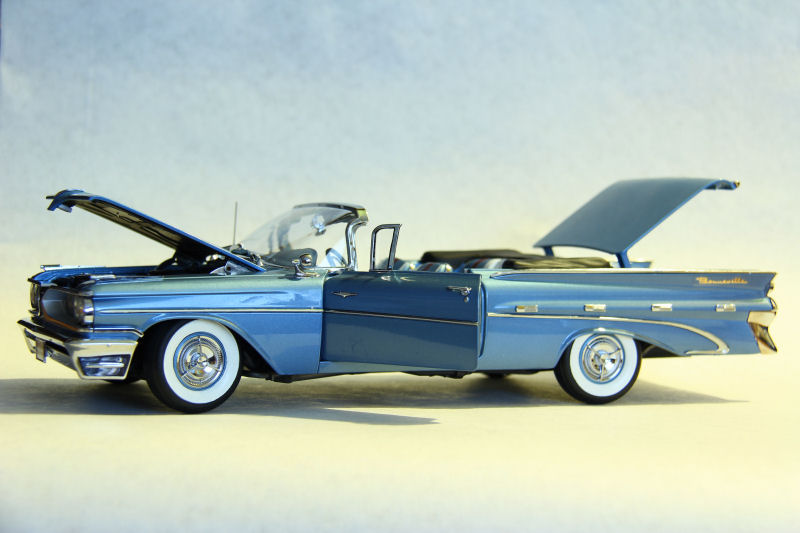