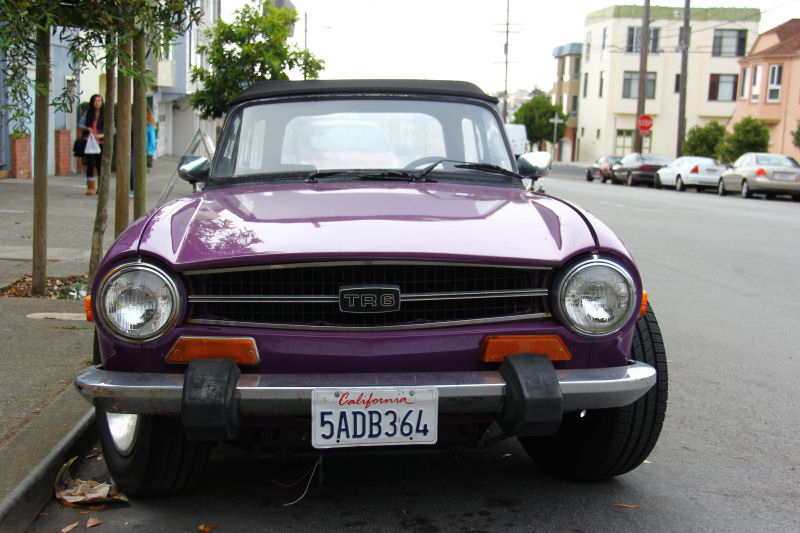 What color do you associate with an English sports roadster? British Racing Green, for sure. Red, perhaps. White or black, maybe. But how about purple?
For two years, 1973 and '74, the good folks at Triumph offered the TR6 sports car in this color, called "Magenta", in addition to a range of blues, greens and earth tones worthy of any mid-seventies home refrigerator. 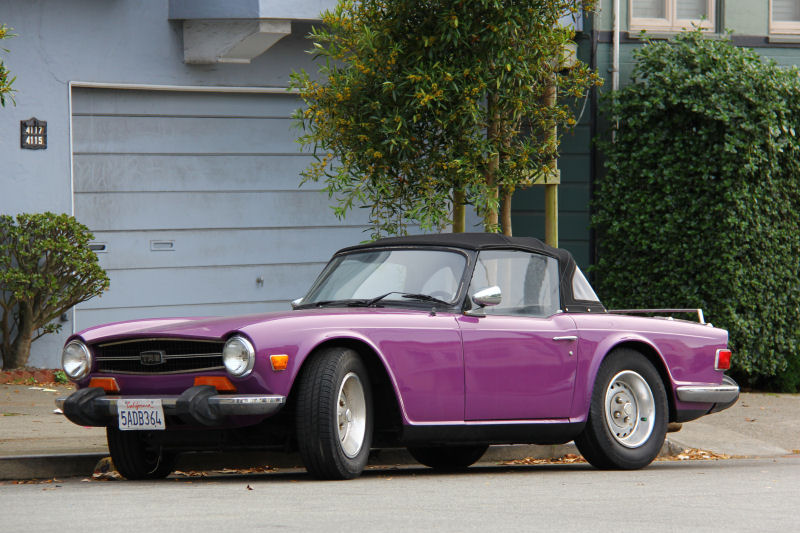 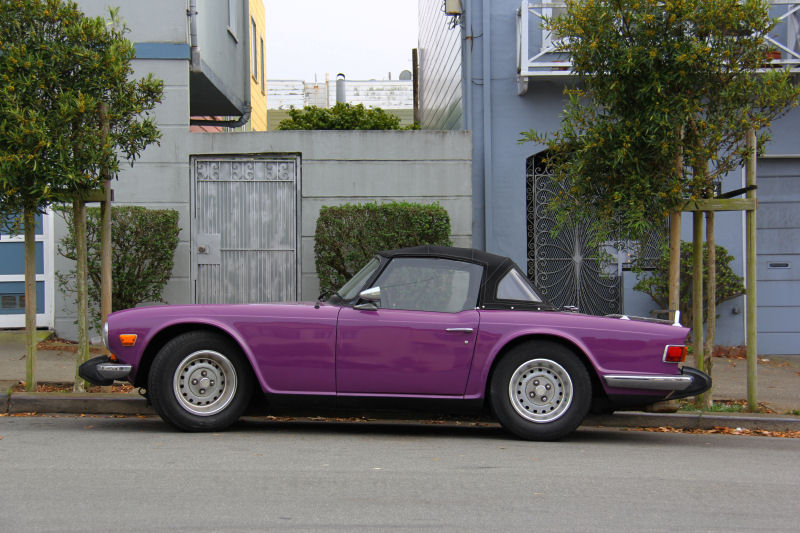 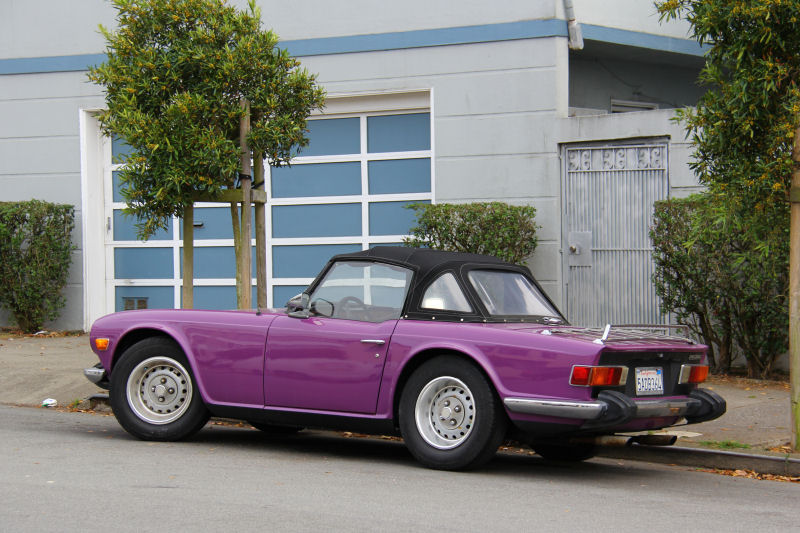 The Triumph TR6 has long been among my favorite British cars and was a popular car in its own time as well as now. It was sold from 1969 to 1976 and was the second car to feature Triumph's 2.5 liter inline six engine. Some cars came with Lucas fuel injection but American-market TR6s were given carburetors. All had a four-speed manual transmission. And in proper English fashion, the cars were built with body-on-frame construction, wood dashboards and the joy of Lucas electrics and British Leyland rustproofing. But they sure look good, or at least they do under all the federal safety junk Triumph was forced to put on over the years. This 1974 model is saddled with the final insult of fat black rubber bumper guards. 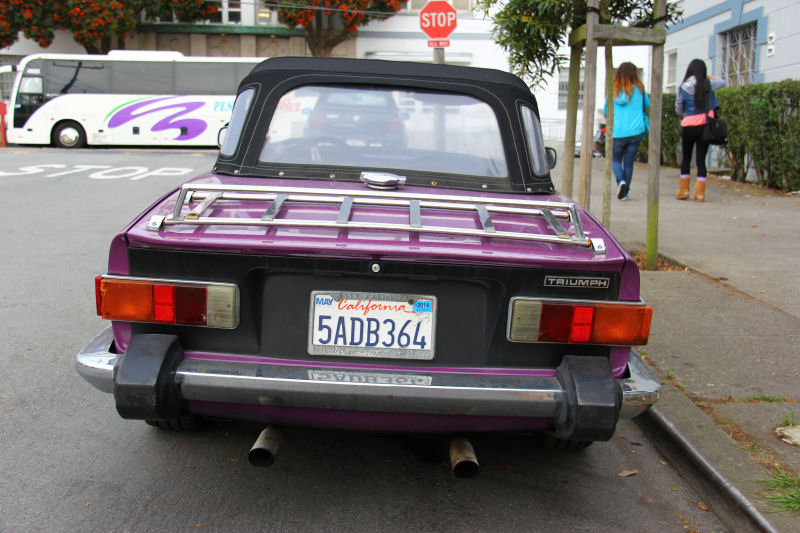 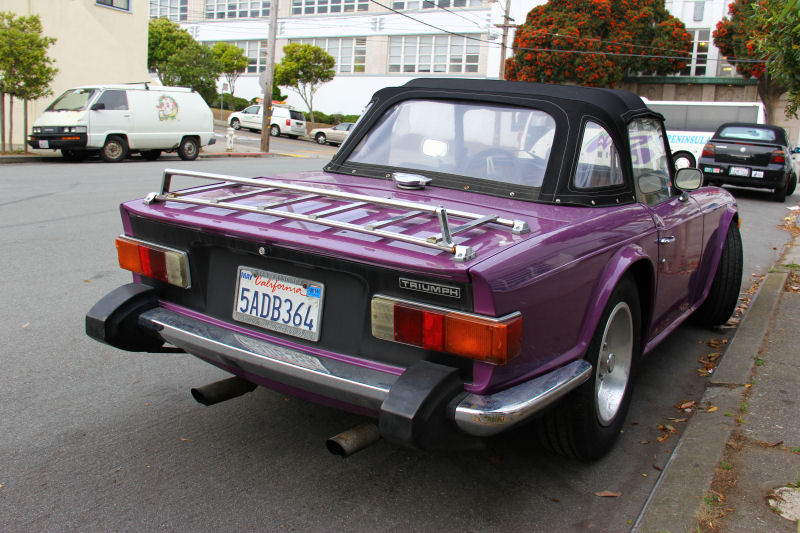 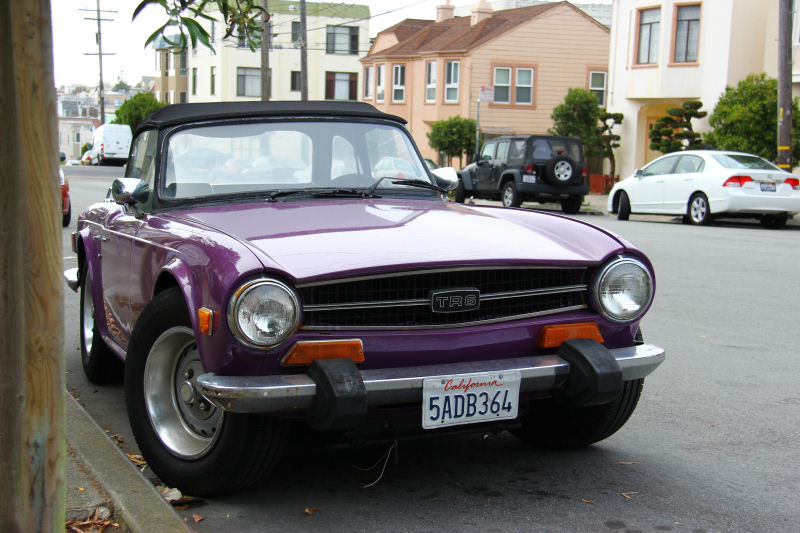 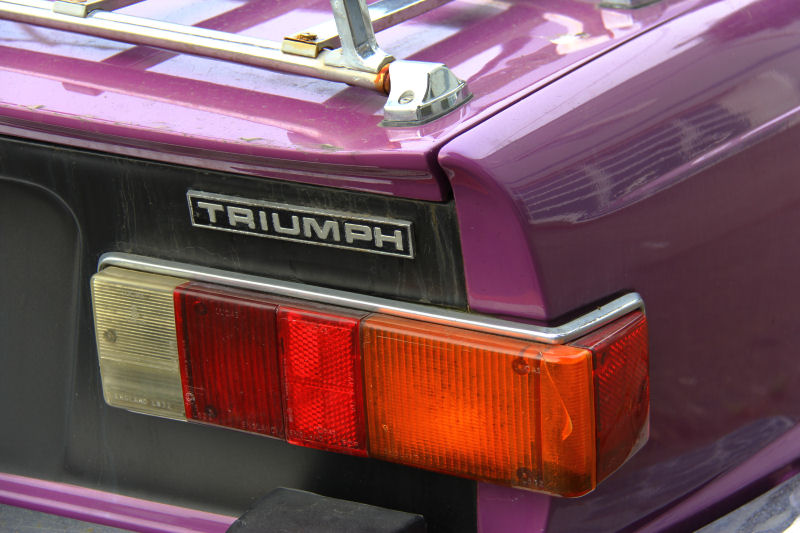 Unlike some of the TR6s I've seen, this one has a very nice body. The only rust I see is in the exhaust system and the chrome, like the trunk luggage rack and headlight trim rings. I'm thinking the convertible top was redone at some point, because the fabric and plastic rear window are in amazing condition. I've no clue what the dangling wires hanging from the front are. Perhaps an offering to the electrical gods to ensure the old Lucas wiring keeps working?
Posted by Jay Wollenweber at 12:00 AM