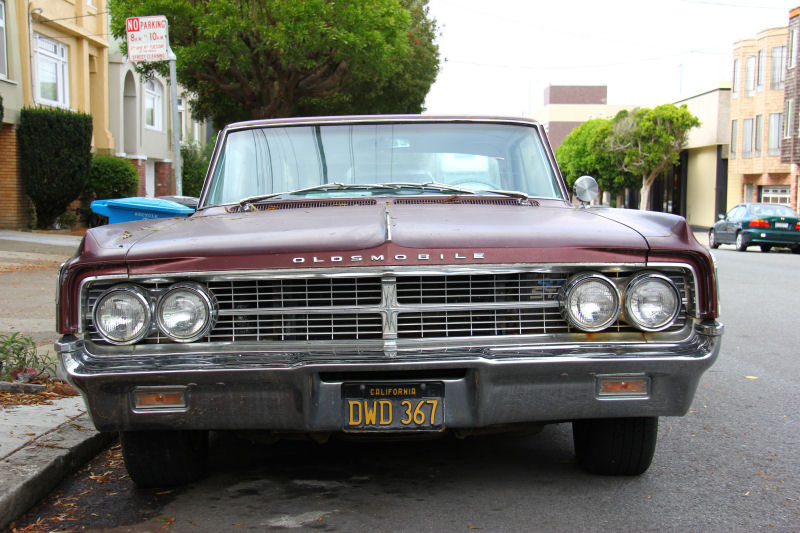 Corporate internal competition is a funny thing. When GM wanted a piece of the burgeoning personal luxury sport coupe market in the early 1960s, they brought out the Oldsmobile Starfire to compete with the likes of the Ford Thunderbird and other sporty, two-door luxury cars. But there was a problem. See, GM's once-orderly brand hierarchy had dissolved in the interest of being all things to all people. Now they had half a dozen divisions all competing, in many cases, for the same market segment. When this Olds Starfire rolled off the assembly line in 1963, it was competing with the new '63 Pontiac Grand Prix, Buick Wildcat and sexy new Riviera. Even the higher-spec Chevy Impalas (particularly the SS) and similar Olds Dynamic 88s probably stole sales from the Starfire. 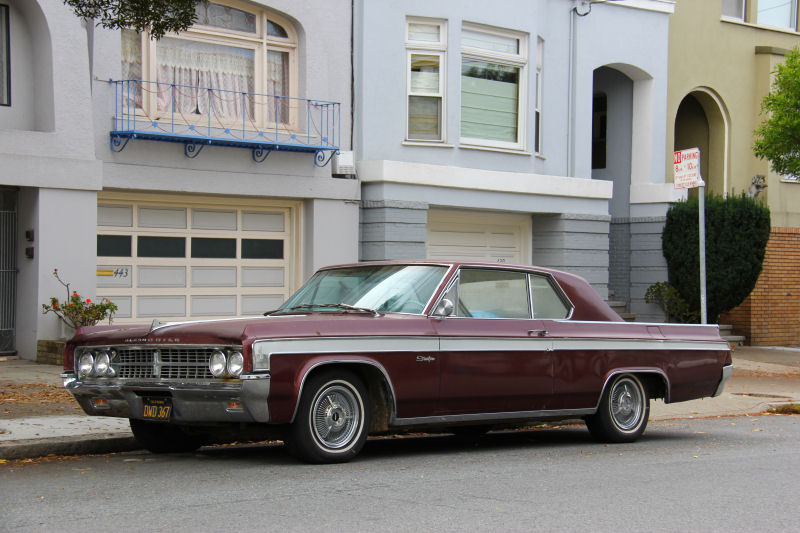 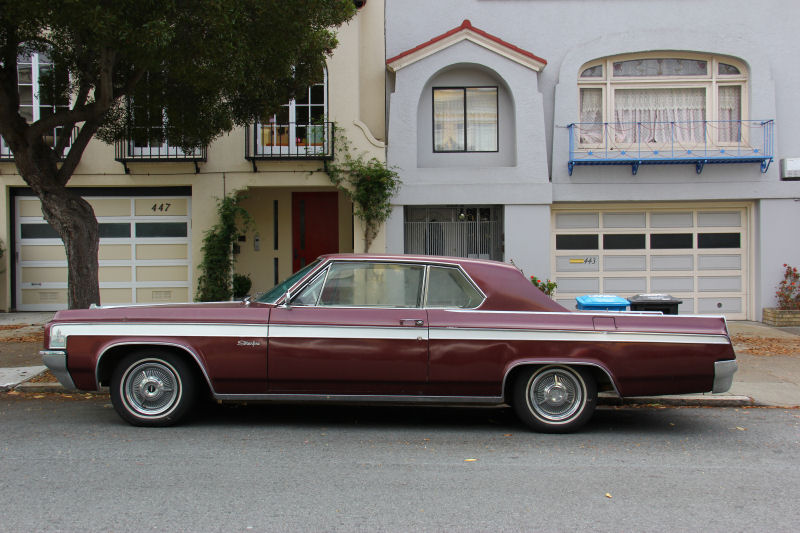 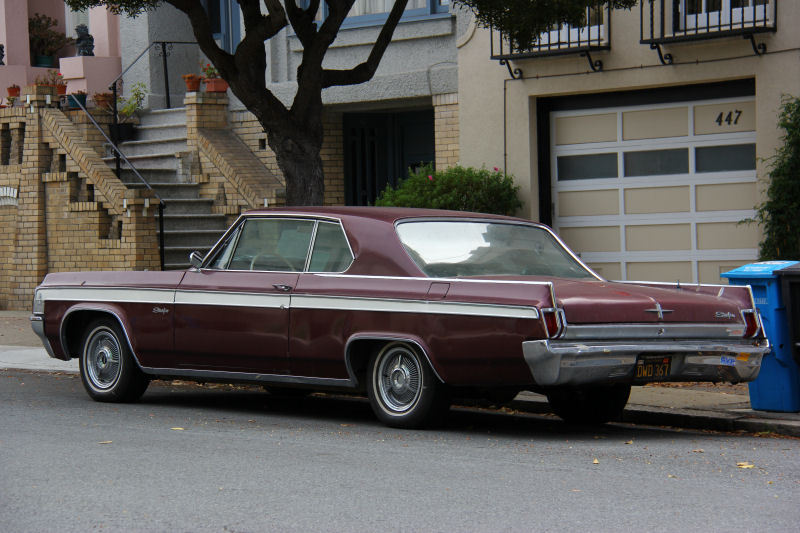 The '63 Starfire was a full-size coupe or convertible with a 394 cubic inch Rocket V8 making 345 horsepower, floor-shift Hydra-Matic and leather bucket seats. You got pretty much power everything inside and out. The body was mostly shared with the regular Dynamic 88 range, but Starfire got a unique squared-off roof, concave rear window and special aluminum side accents. This was the last year customers could get a Starfire with no seat belts. 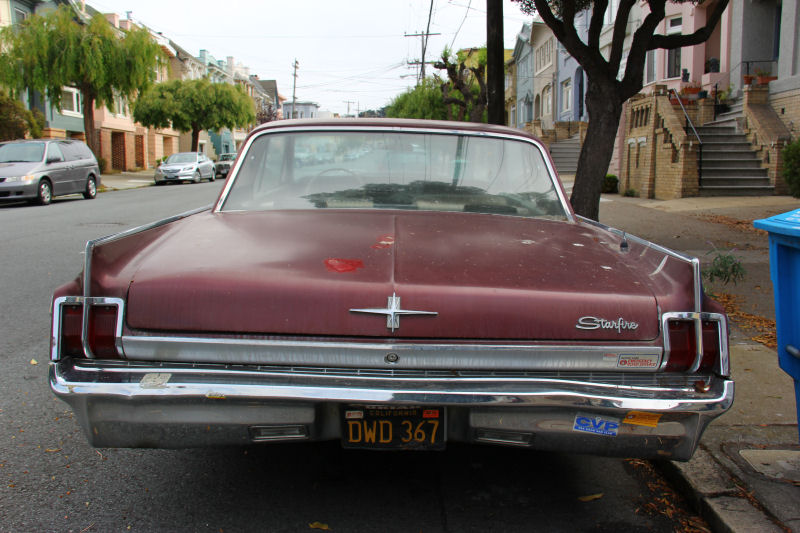 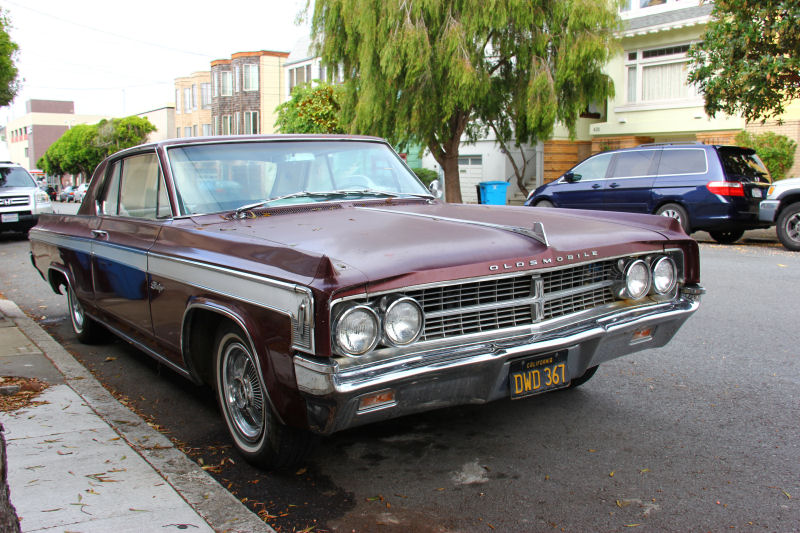 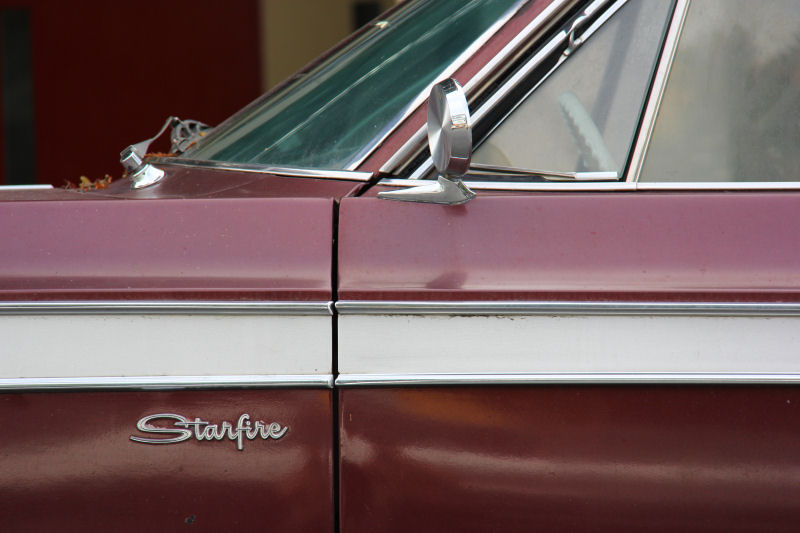 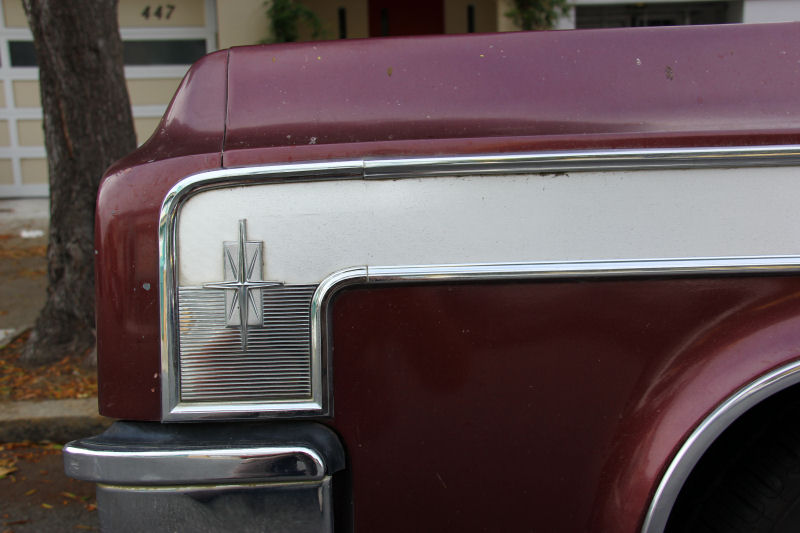 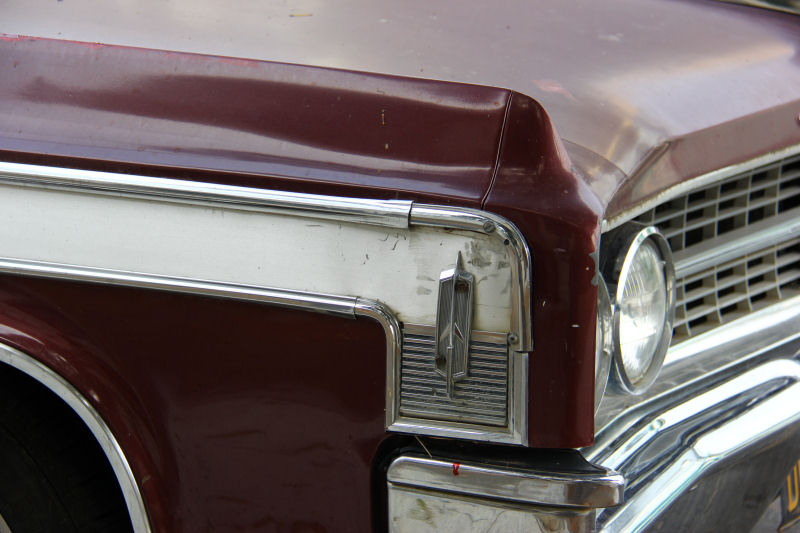 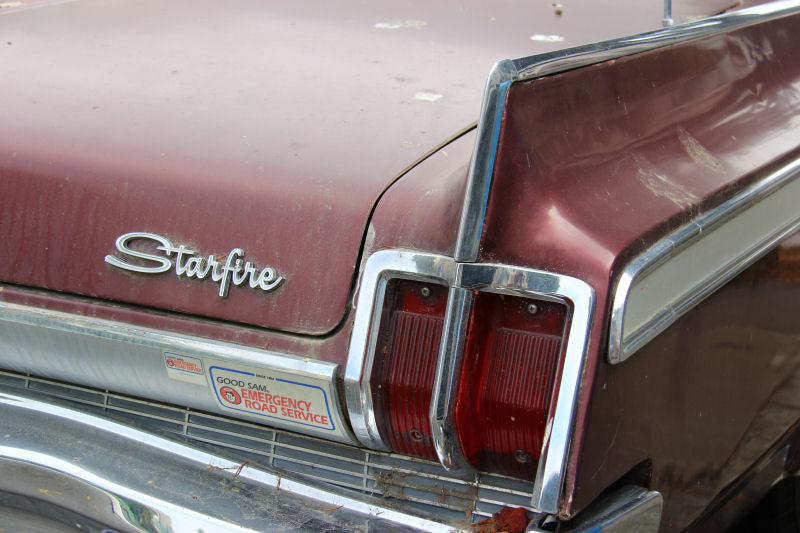 This Starfire appears mostly original and factory stock, its only modification an improvised repair on the right front fender with a newer Olds rocket emblem screwed in place of the original stylized star. The rest of the body is slightly wavy and the rear bumper bent, but blessedly free of serious rust or damage. The driver side mirror looks oddly dainty on such a big, slab-sided car. The sharp vestigial fins blended into square taillight coves with lenses curved inward at the bottom are an unusual design touch. Likewise, the almost-Hofmeister kink in the C-pillar breaks with common practice of the period on American cars. The only other vehicles of this period I can think of offhand with that kind of 'kink' are the 1963-66 Dodge Dart and Plymouth Valiant coupes, or various Ford four-door hardtops. The Starfire is a unique alternative to a cookie-cutter Impala and a big comfy cruiser with the ability to be quick.
Posted by Jay Wollenweber at 12:00 AM