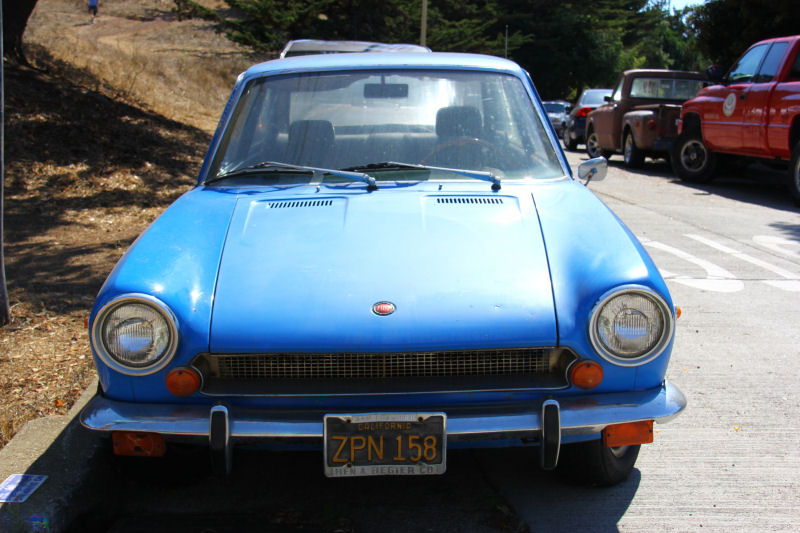 I'm hesitant to photograph Fiats most of the time because all I ever come across are the Fiat 124 Sport Spiders. They're cute little cars and all, but they're common enough that I really just don't care (The same is generally true with the Alfa Romeo Spider Veloce). Then once in a while something different pops up and here we go. This is still a Fiat 124, but it's the unusual 124 Sport Coupe. 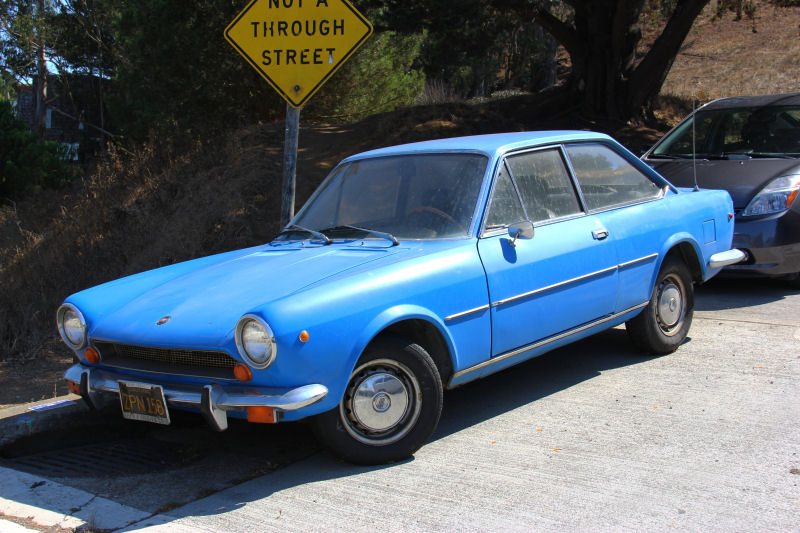 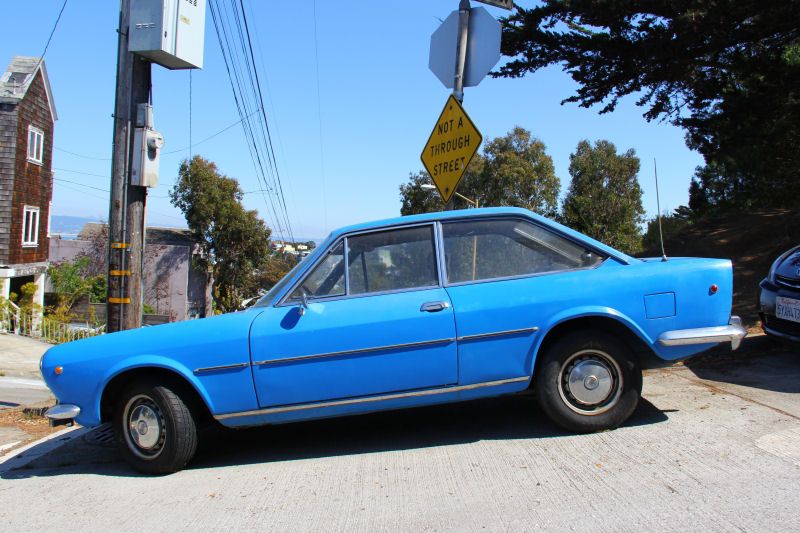 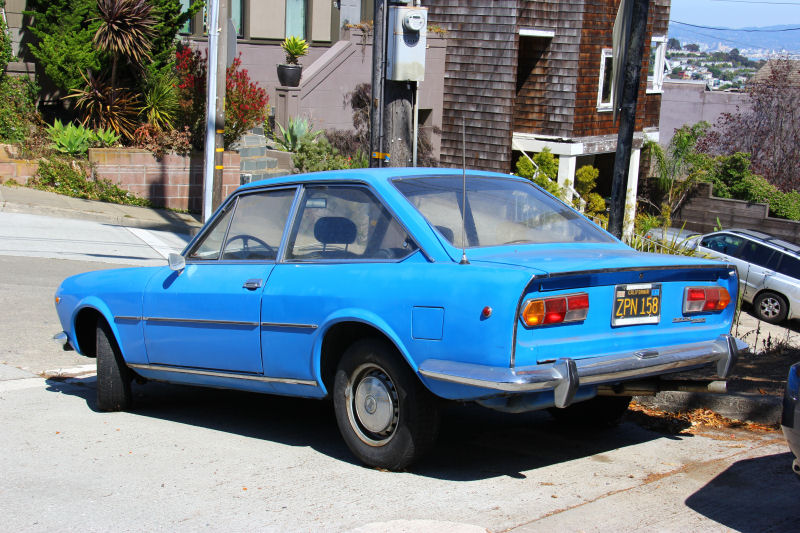 The Fiat 124 sedan, Coupe and Spider are all quite different from one another, and penned by different people. The Sport Spider was the work of American Tom Tjaarda at Pininfarina; the sedan was apparently done in-house at Fiat; and the Coupe was styled by Mario Boano, a man who designed one of my favorite classic Ferraris, the 250 GT Boano. The Coupe bears a similarity to the Spider in its front-end styling, but from the cowl back everything is different. Not even the front clip is a straight swap between cars. I think the coupe is a bit of a mishmash stylewise, with its Kamm tail and odd squared-off roofline that looks like it came from a Mk 2 European Ford Escort. Interestingly the 124 Coupe came to market eight years before the Mk 2 Escort, so who copied whom? It appears as though nothing on the body is shared with the other 124 cars; even the taillights are different. Cool fact: the taillights aren't unique to the 124 Coupe, but they might as well be -- they're shared with the Lamborghini Espada and Iso Lele. Under the skin the powertrain is similar across the 124 range: a 1.4 liter inline four matched with a manual transmission. The Coupe received a new 5-speed in place of the old four-speed for 1969. This was also the last year of the "AC" generation, as the "BC" brought a facelift and larger engine for 1970. 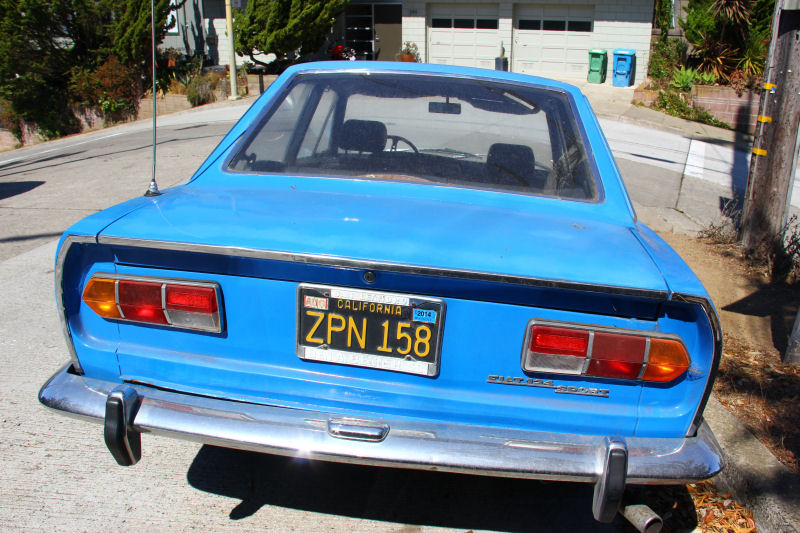 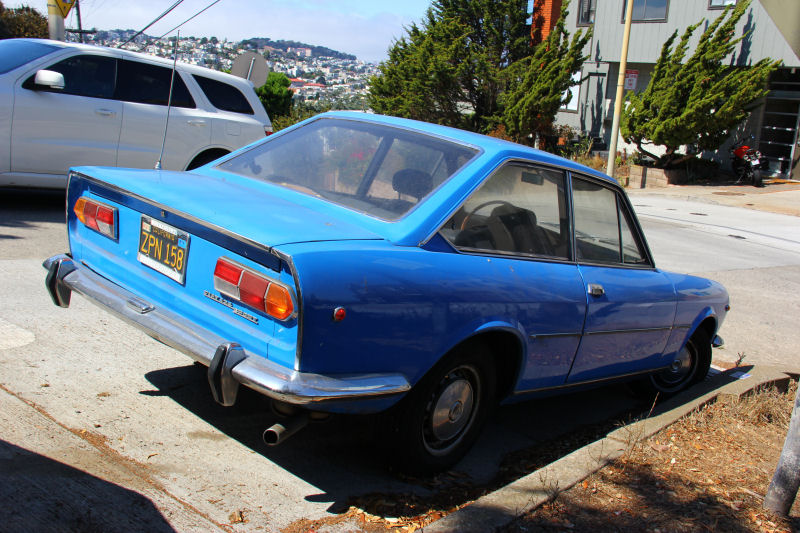 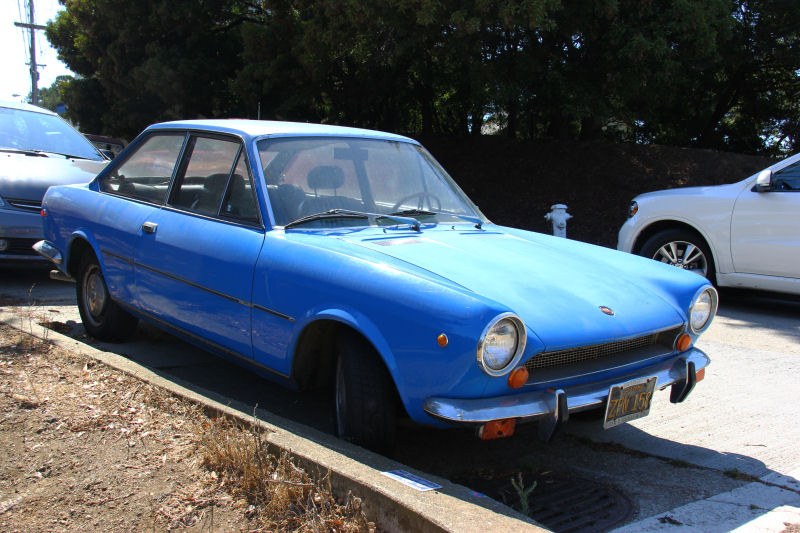 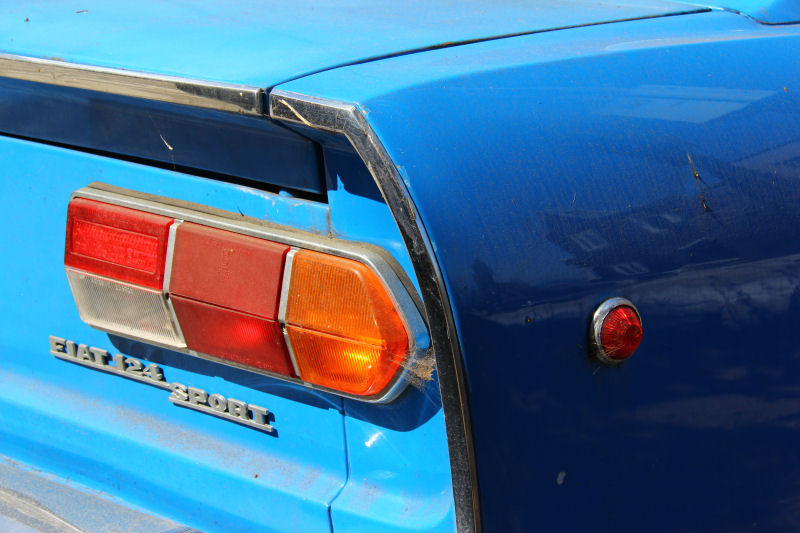 For a vehicle that sold a quarter-million examples in eight years, more than the Sport Spider did in almost 20, these cars don't have a very good survival rate. Rust claimed most of them years ago. This Coupe is one of about two I've ever seen that I recall, and the only AC car. It's a good straight driver finished in an older coat of what could be code 497 Bright Blue. The odd thing is I stumbled upon it while looking for a Lancia Beta coupe in the same general area, and it was on the same block as a 1951 Pontiac we haven't yet looked at here. I never did track down that Beta (yet...) but this 124 Sport Coupe is a cool little footnote in Fiat history.
Posted by Jay Wollenweber at 12:00 AM