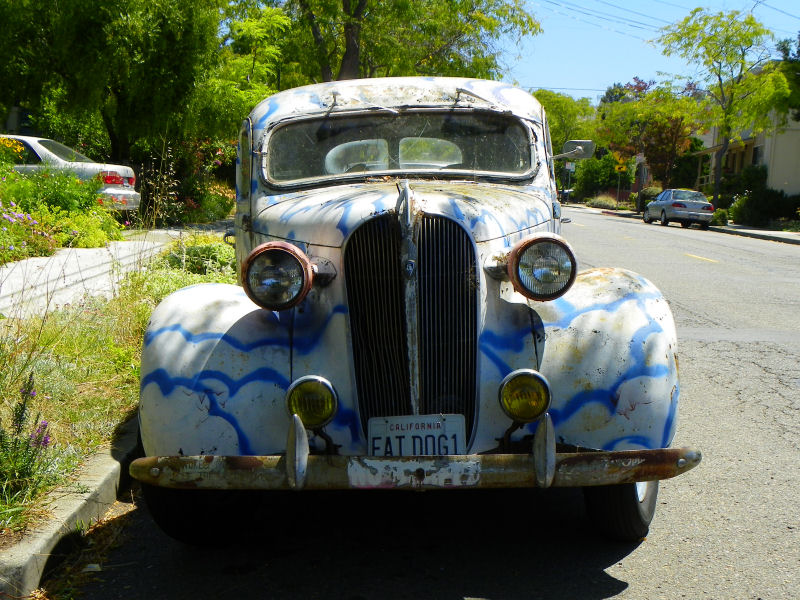 In the mid 1990s some of the best-selling models made by Chrysler Corporation were the Chrysler Cirrus, Dodge Stratus and Plymouth Breeze, collectively known as the "Cloud Cars". Well, here's a cloud car, and while it isn't a Cloud Car, it is still a Plymouth. It's a 1937 Plymouth P4 DeLuxe. 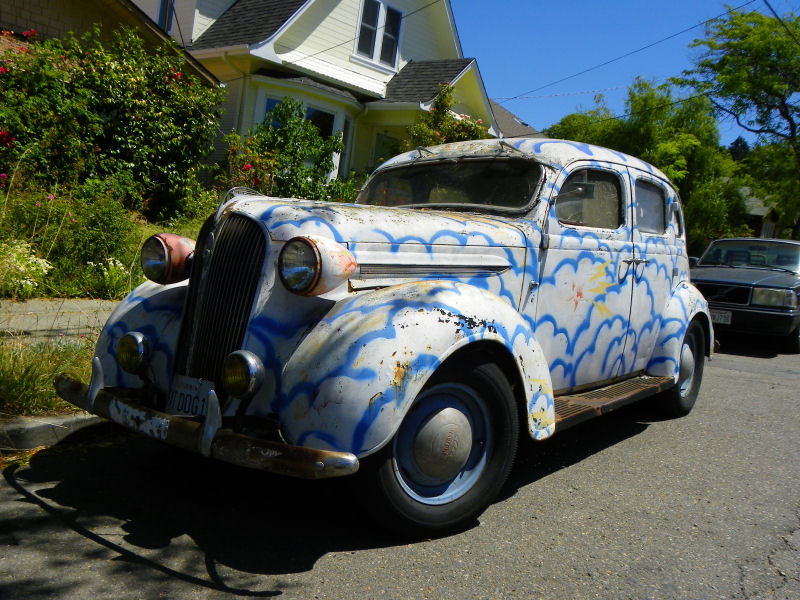 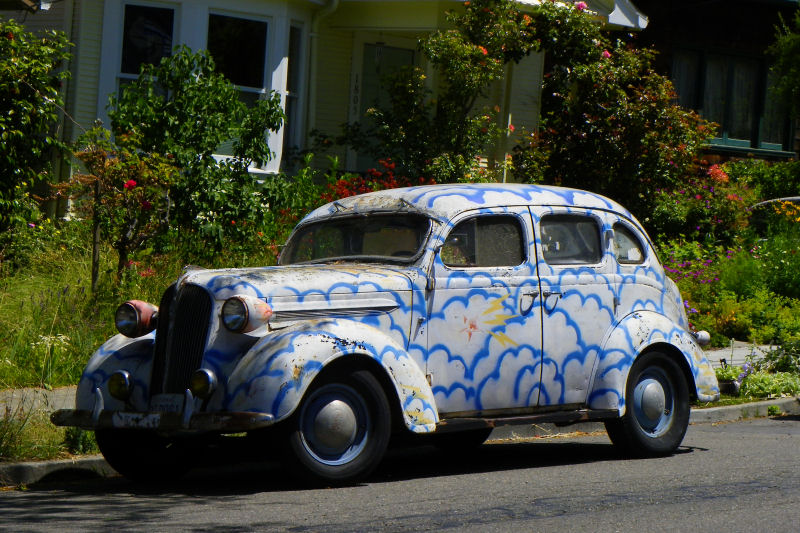 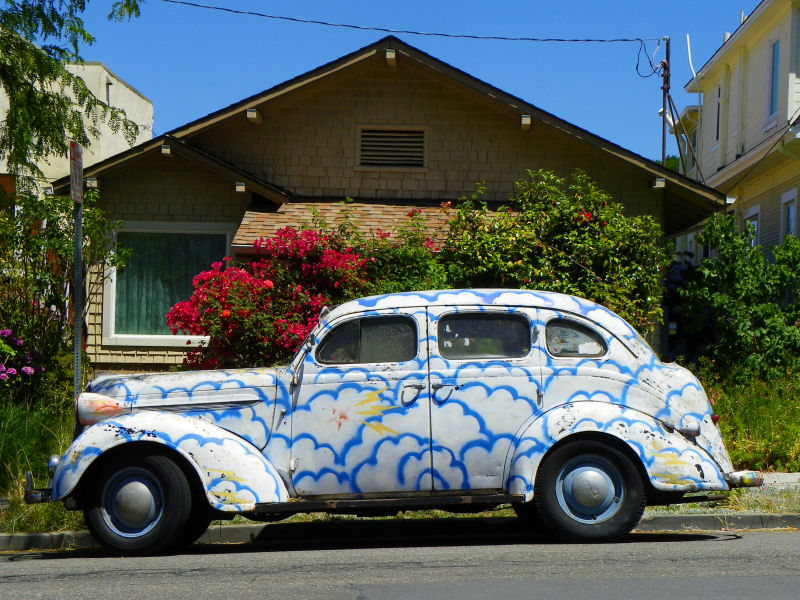 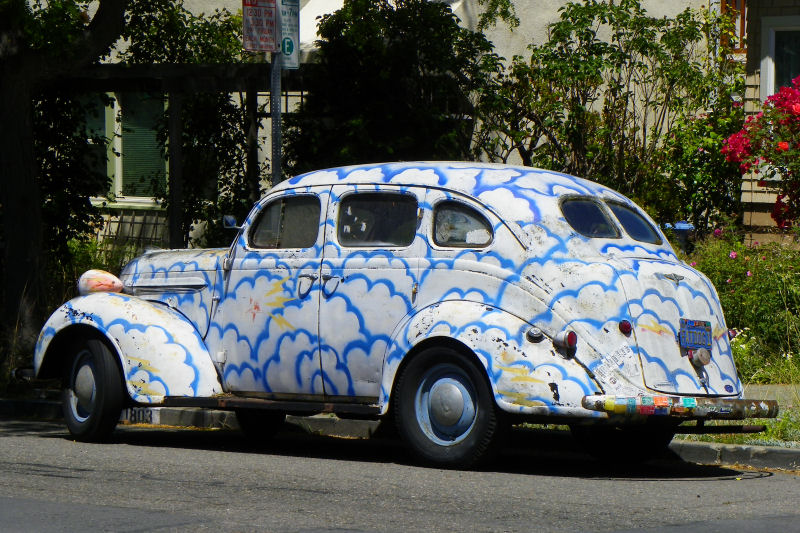 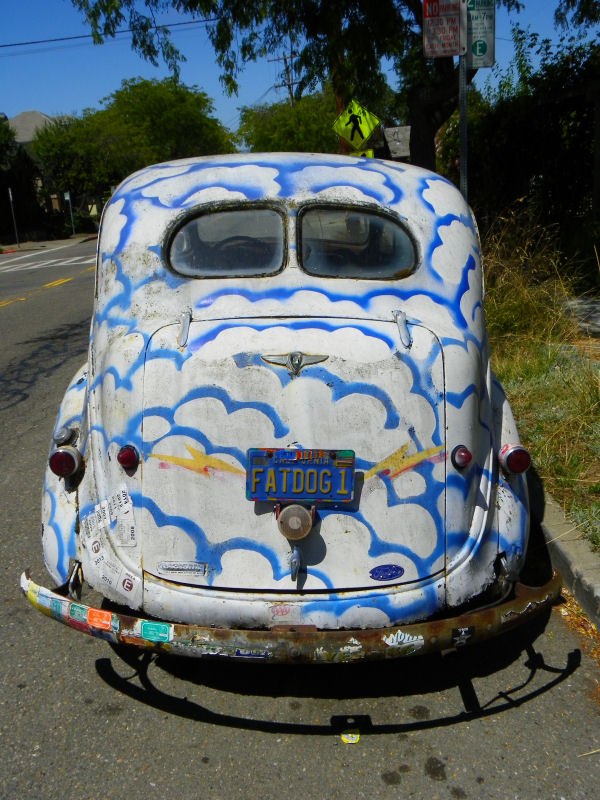 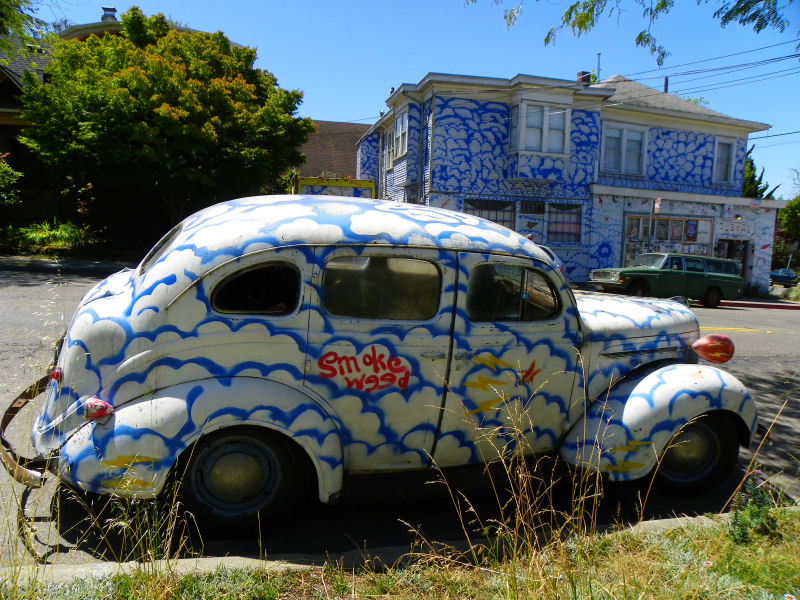 Berkeley is widely known for being a little bit weird, and some of its citizens like to make a statement that asserts their individuality. This old building on Cedar Street, painted with a sky-blue cloud motif, is one such place. It houses the Subway Guitar Shop, a relic of 1960s Berkeley hippie culture that has endured under the care of a fellow called Fat Dog. I've never been in the store but from what I read, Fat Dog is something of a local legend and restores and sells vintage guitars. He's also a car enthusiast with multiple unrestored 1930s to 1950s cars and trucks. Looking at the personalized license plates on this Plymouth, with a rainbow of registration stickers that appear to date back to at least 1977, I think it's safe to say Fat Dog loves his car. 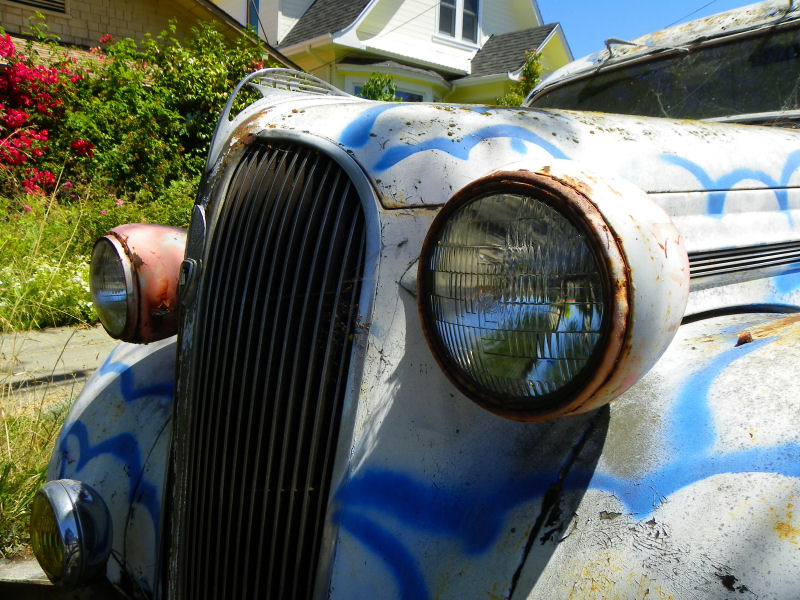 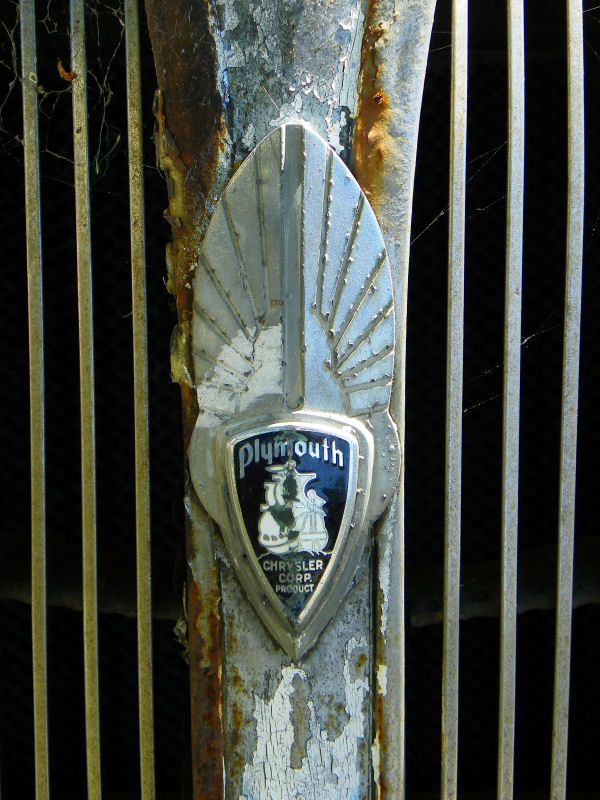 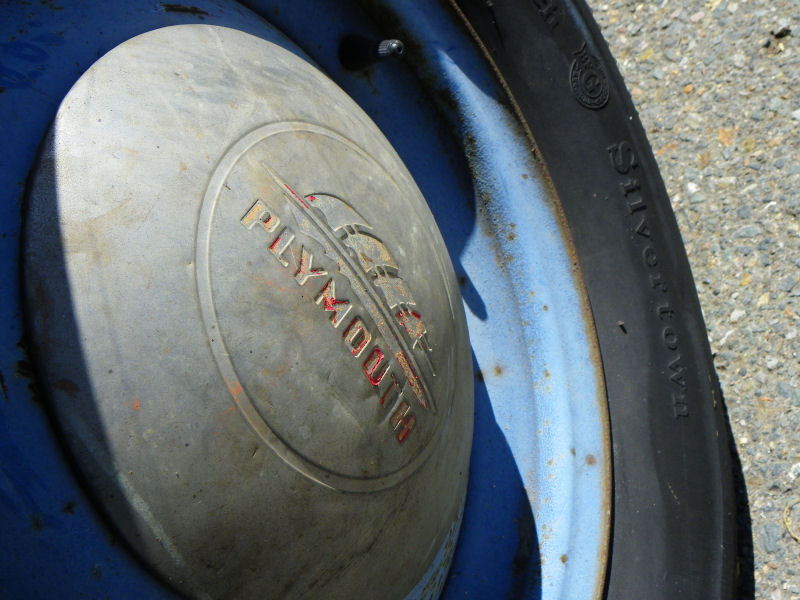 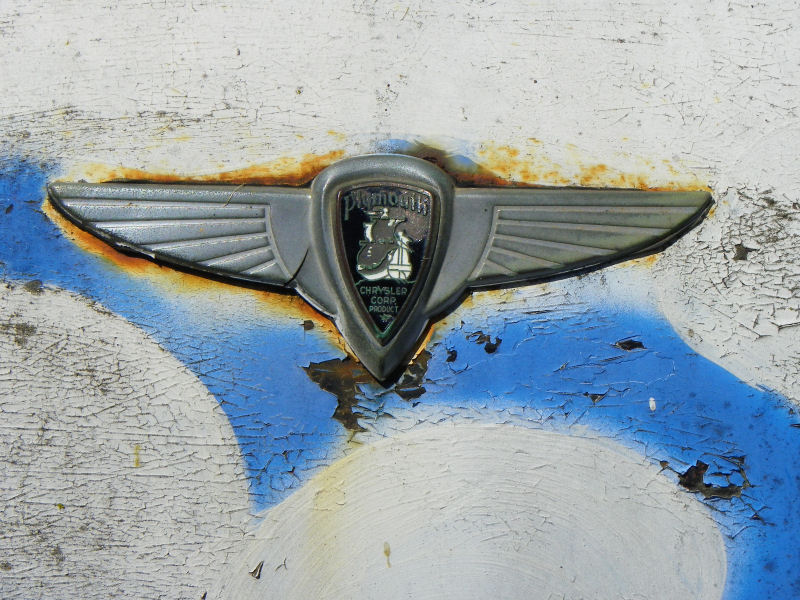 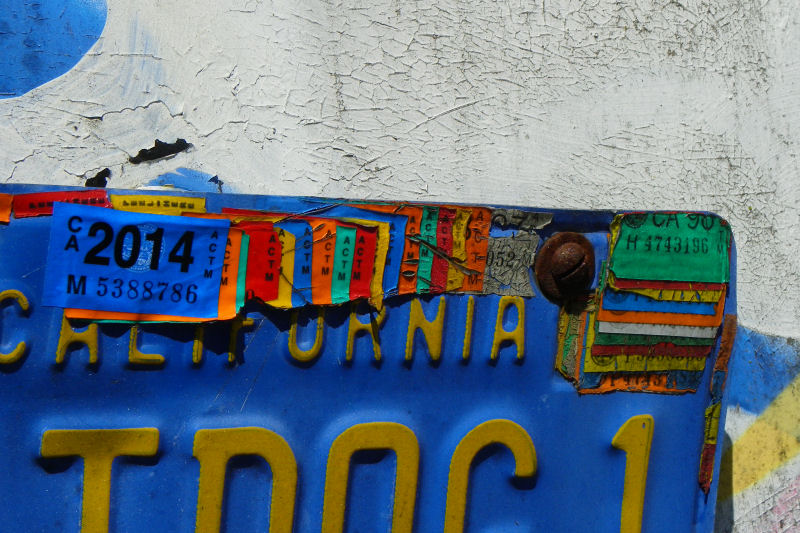 The 1937 Plymouths were all about safety and practicality. It was the first year of an all-steel roof and a dashboard and door handles designed to protect passengers and not snag on clothing. Power came from a 201 cubic inch straight six available in regular or economy versions, the former producing up to 82 horsepower. That wasn't bad considering a 1937 Ford's flathead V8 displaced 221 cubic inches and made 85 horsepower. The most popular Plymouth P4 was the DeLuxe Touring Sedan, of which this car is an example. As far as I know, the Touring Sedan differed from the regular four-door sedan mainly by the addition of a hump-shaped rear trunk.
This car is pretty rough, but given its history I wouldn't push for a restoration to factory condition. Over 269,000 Touring Sedans were built that year. I'm sure that if you really want a restoration project you can drag one out of a barn someplace. This is Fat Dog's Plymouth, and it's as much a fixture of Subway on Cedar as anything will ever be.
Posted by Jay Wollenweber at 12:00 AM